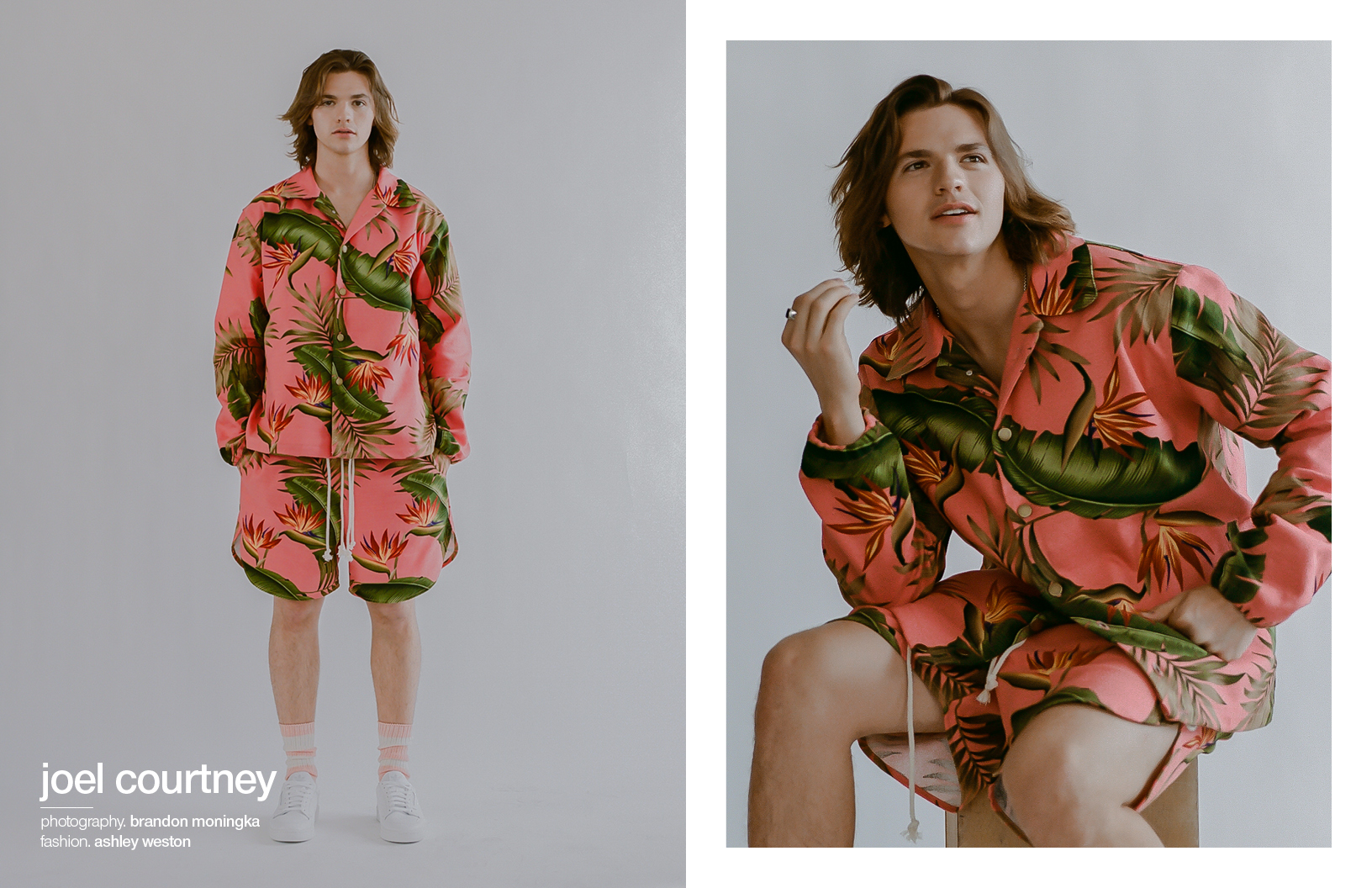 When you talk to Joel Courtney, the first thing you notice is his enthusiasm. The 24-year-old actor and star of Netflix’s highly anticipated The Kissing Booth 2 is so inherently positive and generous that it’s hard not to be as excited as him about his projects. This, paired with Courtney’s generally grounded, everyday characters, make for an immediate connection with the audience — no matter if it’s aliens or hormones that are on the loose in his movies.

Courtney was first introduced to audiences on J.J. Abram’s 2011 sci-fi monster thriller Super 8, starring alongside Elle Fanning, Kyle Chandler, and more. Though he stumbled into acting by chance, he worked hard to earn the role, going through more than ten auditions before he learned he finally got it. “I wanted to try it out because my cool older brother was doing it,” Joel tells Schön! about his thespian begins. Super 8 might have been his first role but not only did Courtney win a Saturn Award for Best Performance by a Younger Actor, but he also won a spate of roles in supernatural, thriller movies after — going on to work on projects like Assimilate and The Empty Man in more recent years.

All these movies feature some kind of supernatural element, so it’s no surprise Courtney himself is not only fascinated but well-versed on these subjects in real life too. “I am pretty big on sci-fi,” Joel explains. “My family ‒ my dad, my brothers, and I ‒ we grew up watching a lot of sci-fi. And [we have] lots of appreciation for comic books and those stories.” Despite the out-of-this-world elements, Courtney insists all his characters are normal people living “under the circumstances that are in the script.”

Past the supernatural, he’s, most importantly, interested in roles that offer redemption. “I look for growth in a character,” Courtney says without hesitation when asked what he looks for when reading scripts. “A lesson learned, for the audience’s sake. Because there are a lot of times where I watched movies and shows when I was younger, and I’m like ‘Oh wow, that person did this and it blew up in their face. I can learn a lesson from this.'”

This regular, redemptive quality is clearer in the hugely popular Netflix teen rom-com The Kissing Booth, which premiered on the streaming platform in 2018. TKB is probably Courtney’s second most prominent role to date. In the movie and its upcoming sequel, Courtney plays Lee Flynn, whom Courtney says is very similar to himself. Lee being an affable, easygoing best friend to Joey King‘s Elle Evans, the comparison is clear. In fact, Courtney reveals one of his friends even told him, “Man, if you don’t book this, you should quit acting because this is so you. You have to get this.” Though Courtney says the audition itself was “terrible” and “awful,” he got an email a week later and the rest, as they say, is history. 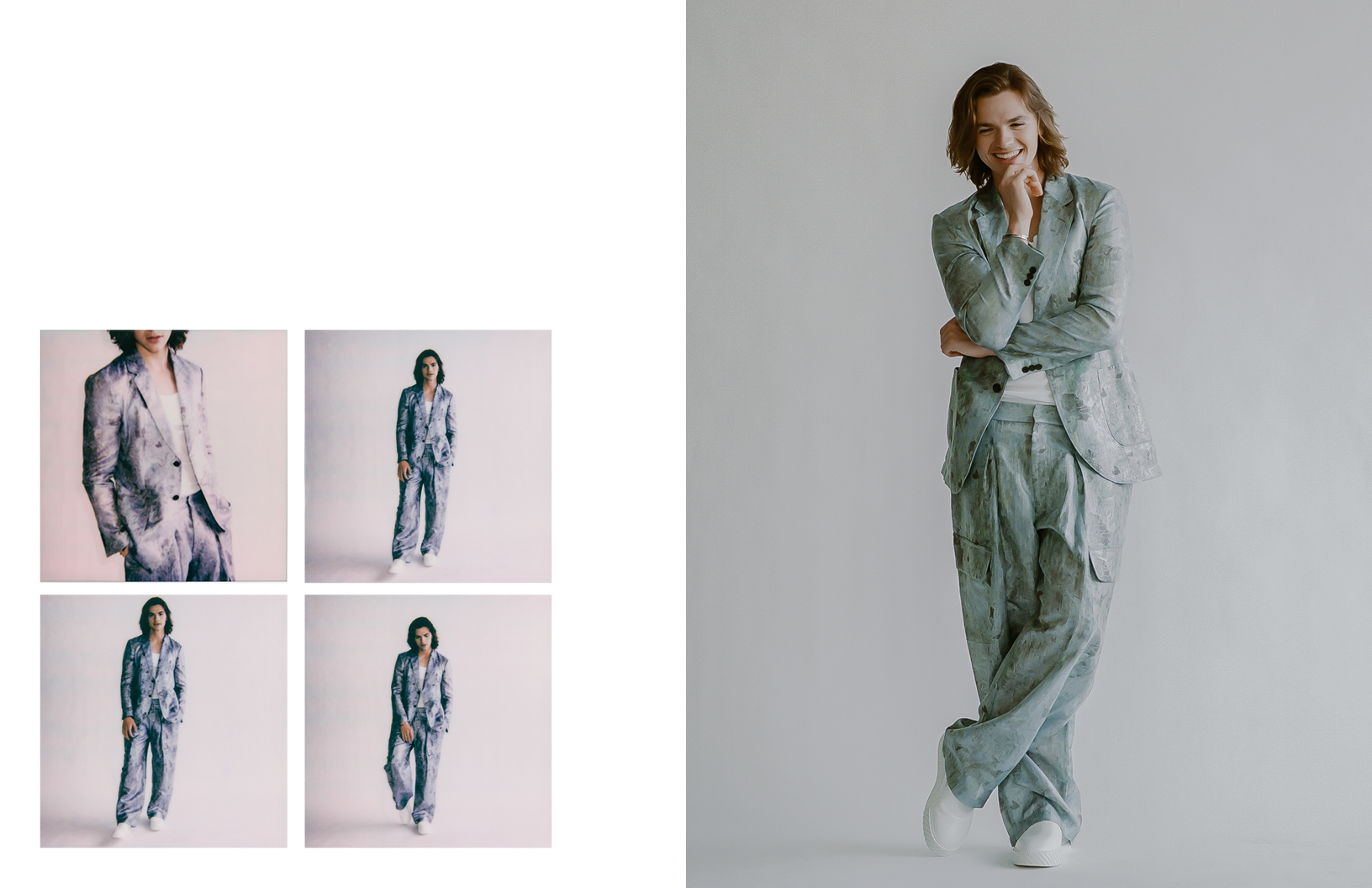 Courtney was called in to read with director Vince Marcello, and they immediately connected. This connection was also shared with producer Michele Weisler, as well as the script and the character. Though some critics have heavily criticized The Kissing Booth, its popularity is undeniable. It has become one of the most-watched and re-watched programming in Netflix’s history. The sequel was even made possible by popular demand.

Courtney is still speechless and remains awed by the feat. “I was absolutely shocked and just overwhelmed, and so thankful, and excited,” he gushed about the movie’s success. “It still gives me goosebumps thinking about the journey that we’ve been on. I can sometimes hardly believe it myself.” Courtney credits the success to the teamwork of the cast and crew. “Every little piece just kind of fit as a puzzle, as a really amazing team. I knew that I loved these characters and I loved these actors and the director, the teams, the crew, everyone coming together, and making just a fun, heartfelt, warm and hysterical movie.” 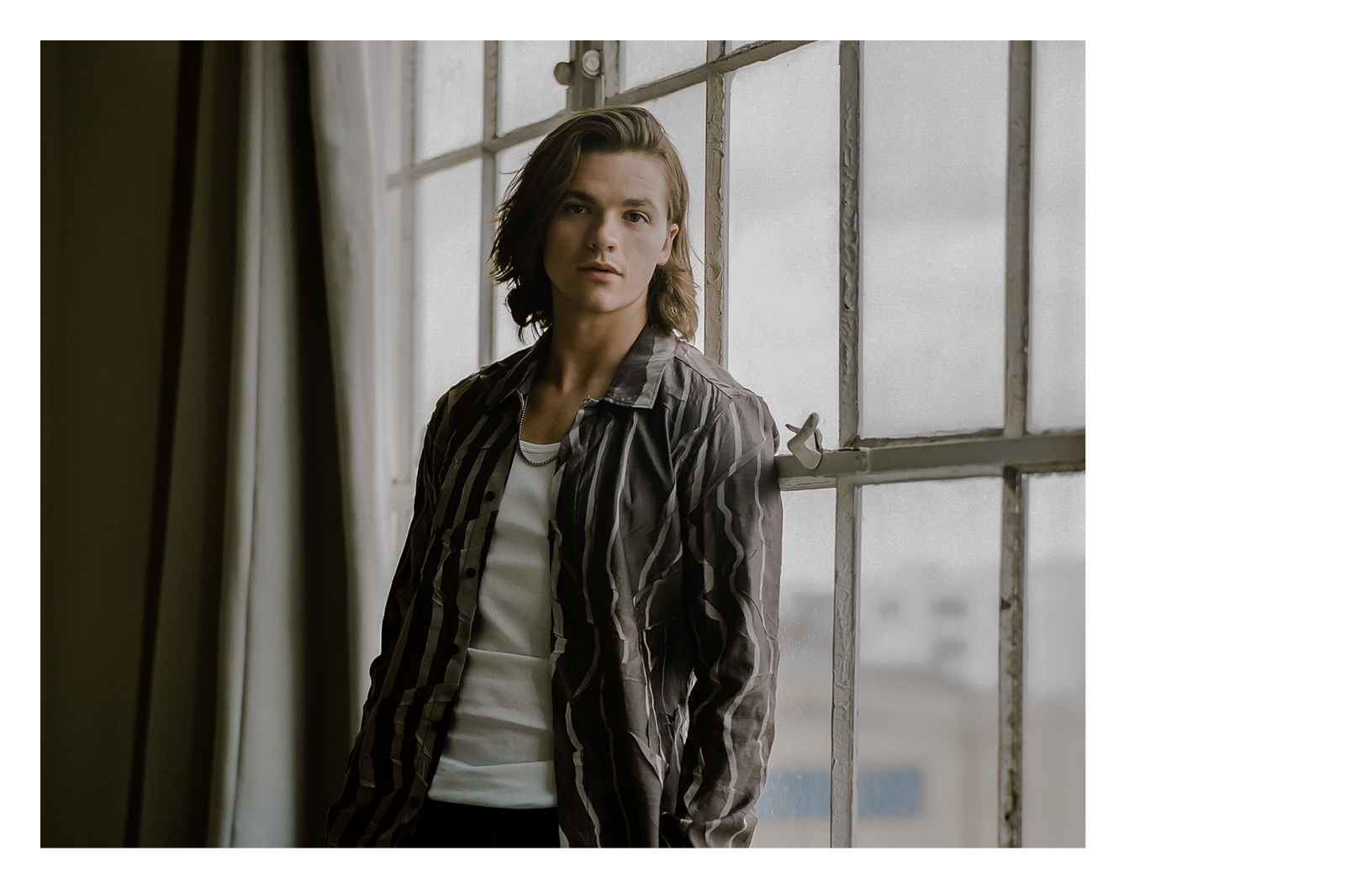 Per Courtney, the friendships on-set translating into genuine relationships on-screen was crucial. “The friendship between Elle and Lee is just foundational to who they are… There’s probably been only a handful of days where they haven’t seen each other,” he tells us. The Kissing Booth explored this changing friendship as the characters grew older and The Kissing Booth 2, which premieres on July 24, will challenge budding romances and existing friendships.

“Who’s Lee if Elle isn’t in his life?” Courtney says about the conundrums Lee will face in the sequel and what he asked himself as an actor. “Rachel, Lee’s girlfriend, is in the picture still, so that relationship needs to find its ground,” he also teases. 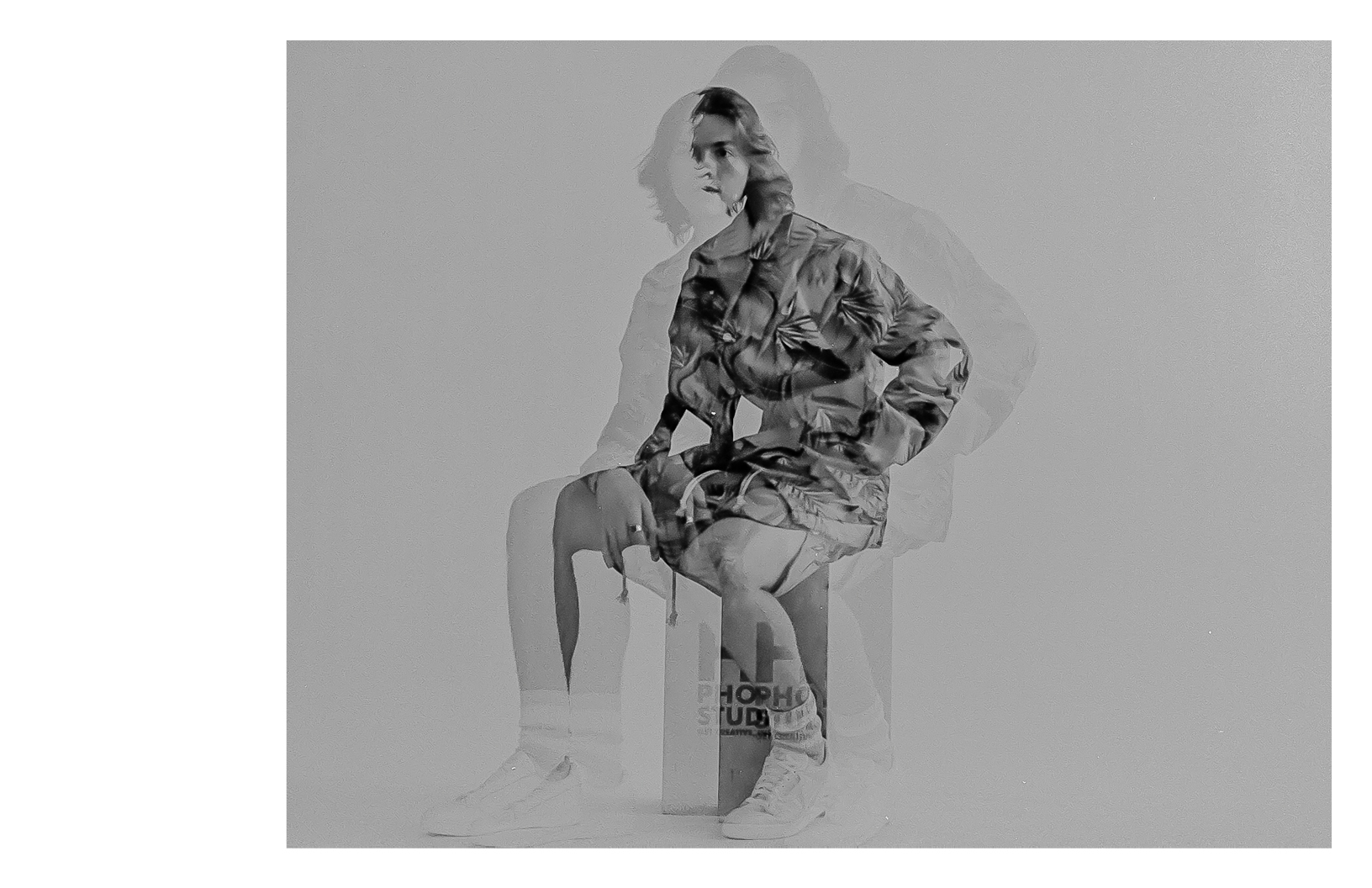 From the trailer alone, it’s clear to see The Kissing Booth 2 has all the elements that made the first movie a success ‒ and then some. For Courtney’s first reprising role, being back on the same sets “was so nostalgic” that it just “clicked” him and the rest of the team “right into place.” In addition to nearly all of the original cast returning, new people come into the mix ‒ in form of Maisie Richardson-Sellers‘ Chloe and Taylor Zakhar Perez‘s Marco ‒ to throw Elle’s romantic life askew. “The interesting thing with The Kissing Booth 2 is that we are put in a position where we can expand on Noah [Lee’s brother and Elle’s boyfriend] and Elle’s personal lives in a long-distance relationship,” Courtney says. “Who they meet. Who is in their lives. And yes, they still love each other and they’re trying to figure out long-distance and they’re trying to make it work.”

“But who pops up? Who becomes friends with them?” Courtney continues. “How does that affect the person you’re in a relationship with across the country? It’s heartbreaking, and it’s tough.” Courtney can barely contain his excitement as he talks about Maisie and Taylor, his new co-stars. “They did phenomenal jobs in this movie, and they’re going to shine,” he says. “I am so excited for people to see it.”

Fans won’t have to wait too much longer. The sequel comes out in just a couple of days to a screen near you. “There’s going to be a lot in this movie that people are going to be able to relate to and really just get on that emotional ride with these characters,” Courtney promises. His excitement is clear. “July 24 cannot come soon enough.” 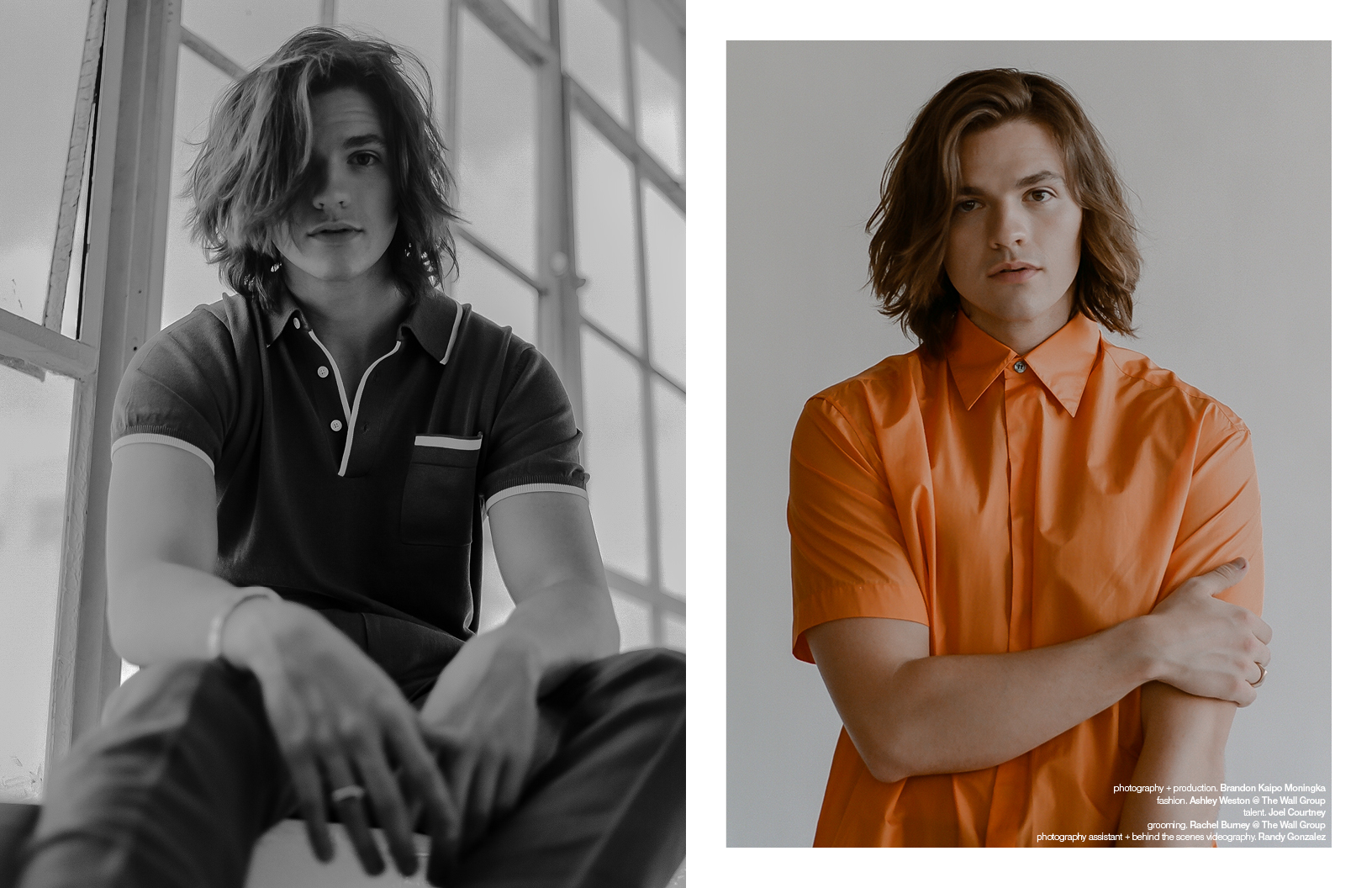 ‘The Kissing Booth 2’ premieres on Netflix globally on July 24.