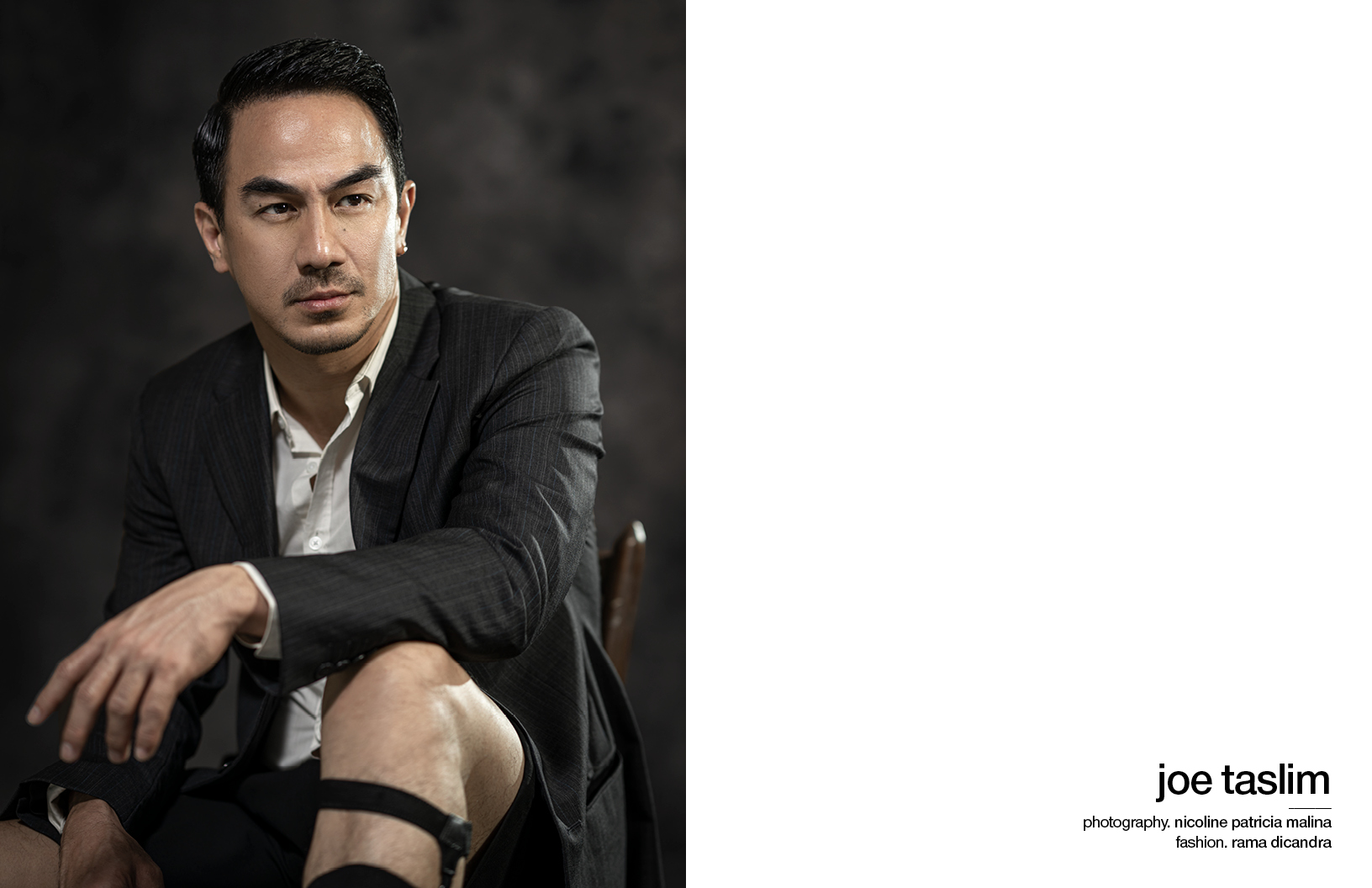 The new Mortal Kombat film has more to say than its predecessors. While previous film adaptations embraced the original video game’s campier elements, the Simon McQuoid-directed 2021 film attempts to give each character more depth, honouring the game’s trademarks while acknowledging the depth of its lore. One of the actors leading that charge toward complexity is Joe Taslim, who plays Sub-Zero in the film. First garnering acclaim for his work on the 2011 film The Raid, Taslim has since led an impressive career, appearing in Fast & Furious 6 among many other films. Schön! spoke with the actor about Mortal Kombat, Sub-Zero, his history in Judo and what he’s looking to do next.

Mortal Kombat has an interesting film history. When you got the new Mortal Kombat pitched to you — with you as Sub-Zero — what went through your head?

Well, the two previous movies were very fun and enjoyable — but I knew that I needed to have something that was more than just fun. As an actor, I don’t want to play just fun. I need to give more. That was my intention in the very beginning. I needed to give more to this character. I needed to give him layers. And since the film came out, a lot of people have texted me saying, like, thank you to give justice to Sub-Zero. And I’m glad. It’s like winning an award. It’s like, if you want to play a super famous character, an iconic character, you just don’t want to play it fun, right? As an actor, you want to give more. You want to give people someone they’d like to understand. I think that’s the mission, and I think I it delivered pretty well because all the responses from critics and everyone say they want to know more about Sub-Zero. That was always the goal from the very beginning.

What was that moment like of putting on the costume and seeing yourself in the mirror as Sub-Zero?

Super cool. In the process of reading the script, you can imagine certain things: you’re going to wear these, you’re going to do this — but everything is in your mind. When I first saw the costume, put it on and looked at myself in the mirror I was like, wait, this is even better. I had lots of respect for the costume division that day, because they did an amazing job for Sub-Zero. The costume tells story — they didn’t make it blue-blue, but a bit darker blue, telling a story that there’s a lot of darkness inside this character…That’s beautiful for me, and I used that to enhance my performance. 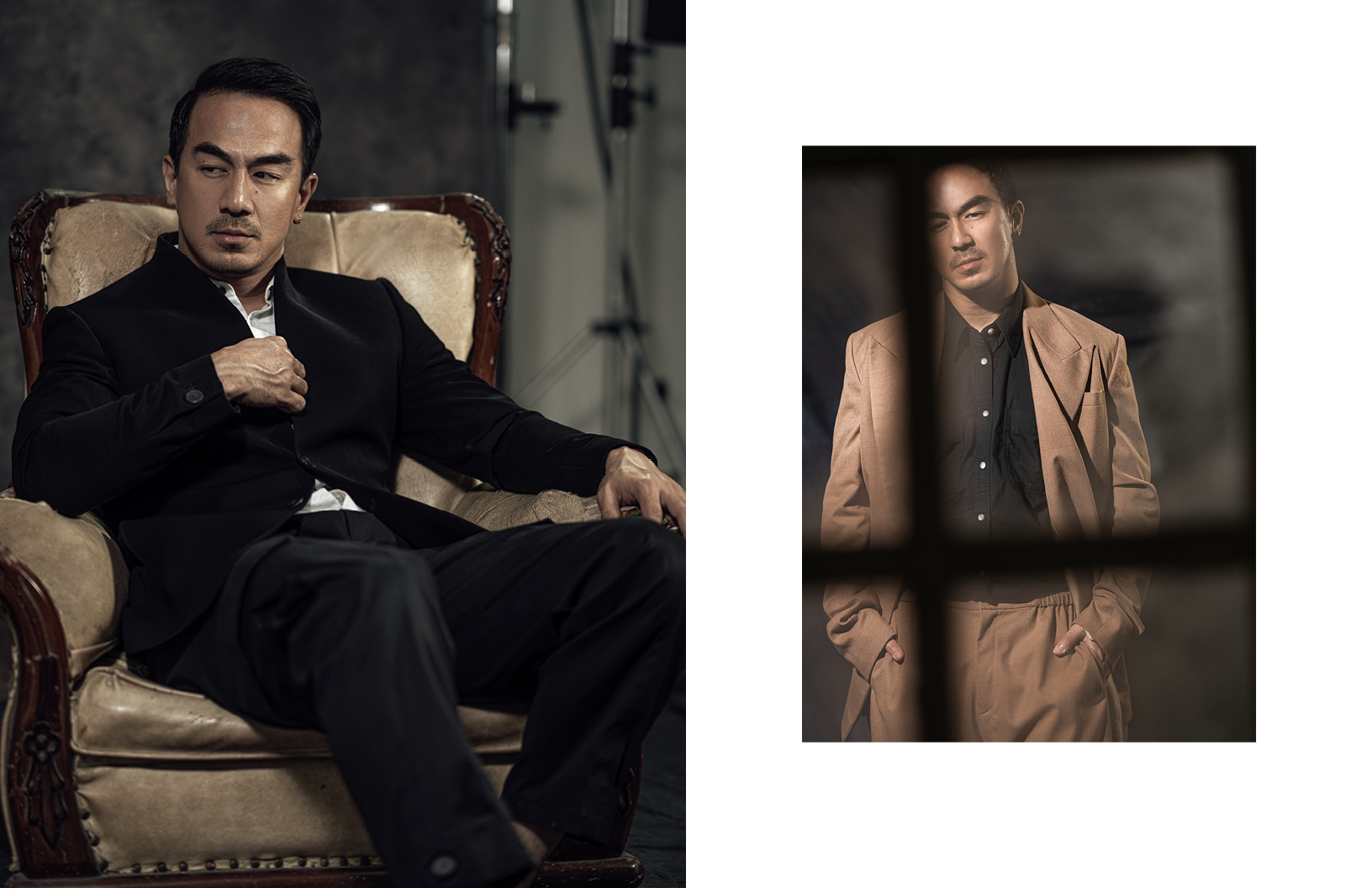 How did you build the narrative elements of Sub-Zero’s backstory?

I hassled the producers, director and writers a lot [laughs]. For the first month in Australia, I was just constantly like, I need a meeting, I need a meeting, I need a meeting. Talk to me. I want to talk about the character — I wanted to play the most memorable Sub-Zero of all time, and to do that, I wanted to give him soul. So I asked a lot of questions. We discussed a lot, and I researched a lot. This character has a lot of pain — his parents were killed, and he was abducted by the Lin Kuei and forced to be an assassin. As a person trying to get into his shoes — if I were Sub-Zero, if somebody forced me to do all these bad things and they shaped me to be assassin, of course I would still face dilemmas about this. I’m going to probably question it. But rather than trying to find the light, Sub-Zero/Bi-Han is actually a guy that is put into this position and has chosen the path to be an assassin.

A lot people say he’s a sociopath or psychopath, but we know he has a story. He has a brother, and I believe he loves his brother. In the story of Mortal Kombat, his brother respects him so much that he takes over Sub-Zero’s name and tries to find Scorpion for revenge. We both know that Sub-Zero and his brother have this beautiful, human relationship, so he has to have humanity inside of him, at least a little bit. I wanted to use that. I told the director I don’t want to play just darkness — I’m going to give little layers to him, and only certain audiences who watch the film a couple of times are probably going to see it. In the beginning of the movie, he’s actually disturbed. But as a person that tried to rebel, he ended up not rebelling. He just dived deeper and deeper and got lost in that darkness. That’s how I approached this character.

If there is a spin-off, sequel or solo Sub-Zero film, what themes or stories would you hope it explores?

Well, fingers crossed. If the fans want it, and the studios approve, we can continue the journey. I think it would be beautiful to continue to the transformation into Noob Saibot, or they could all go prequel and explore the story about him when he was still in the Lin Kuei — the process of his training, his relationship with his brother that involves another characters from the Lin Kuei, like Cyrax, Smoke. That’s also beautiful. For me, because I invested a lot in this character, and I love this character so much — it’s just one of the most memorable characters I’ve played so far — I would love to continue the journey or go back to enhance the background of him. 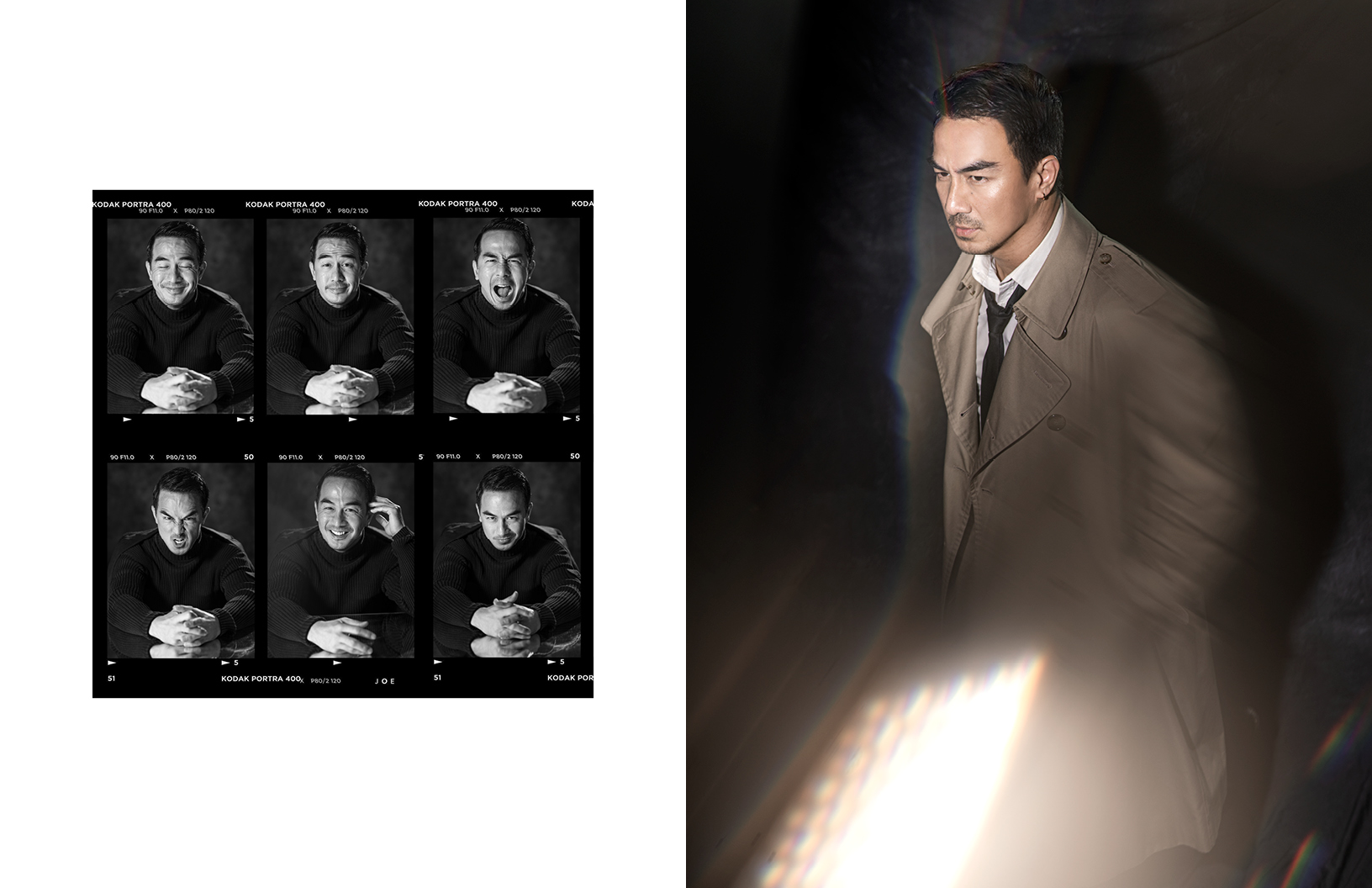 I want to talk to you a little bit about your history with Judo. How did you get into it? And what about it did you like so much that you committed a fair bit of your life to it?

When I was a kid, Judo was actually a sport that I didn’t plan on doing. We were so poor, and my parents, my Dad, he’s very into sport, and Judo was the only sport close to my house that was free. My brother joined Judo first, and he won a national championship… I later joined Judo, and two years after that, I won my first national championship and joined the national team. It was beautiful, unpredicted, quite ironic story that I fell in love in Judo — and actually, not in the very beginning. I fell in love in the middle, when I won my first gold medal and national Judo championship. When I was on a podium and got my gold medal, I was kind of like, hey, this is good. It’s good to win. And so I continued the sport until — well, for half of my life.

Do you think that that taught you anything as you transitioned into acting?

Well, since I was a kid, I always wanted to be an actor. But my Dad, he’s like a typical Asian parent. They kind of decide your future, lure you in the direction they want. So he was like, no, no, you’re going to have to be a sportsman. You can do it, there’s nothing impossible in this world if you want to train hard. But when I was a kid, I always wanted to be an actor. So I did Judo for my country, I did it for my family, I did it for myself, because I fell in love with the sport in the middle of it. And when I retired in 2009, I was kind of like, well, I did it, I did it for you guys, and I did it for myself. I gave you all those medals and all that pride. Now it’s time for me to pursue my dream. I did a lot of auditions until I met Gareth Evans. He saw the potential in me, and I auditioned, and then I got the part [in The Raid]. So it was quite an unpredictable journey for me to be where I am right now. Quite beautiful.

I’m going to wrap this up with just one more question, which is very simple. What are you looking forward to right now?

Right now, I’m looking for the right script that has a perfect combination of acting and action. People kind of see the action genre as less artistic than other genres, like action is just fun and they don’t have to think about the story. You just see people beating each other, all this violence, and it kind of disturbs me. I want to look for a script, a gem of a script, that has the perfect balance of a beautiful story, beautiful characters, beautiful writing — and badass action. So that’s my goal. In my next project, I want to do that. I want to elevate what people think and change the perception of action as just being fun. Action can actually be a very beautiful genre, and it’s very, very hard to do if you do everything yourself, like if you don’t use double. You’re not playing with words; you’re playing with blood, sweat — and sometimes, you break something, or you break someone. It’s crazy. The stakes are crazy, and I want to show that. I want to elevate action to the best it can possibly be. 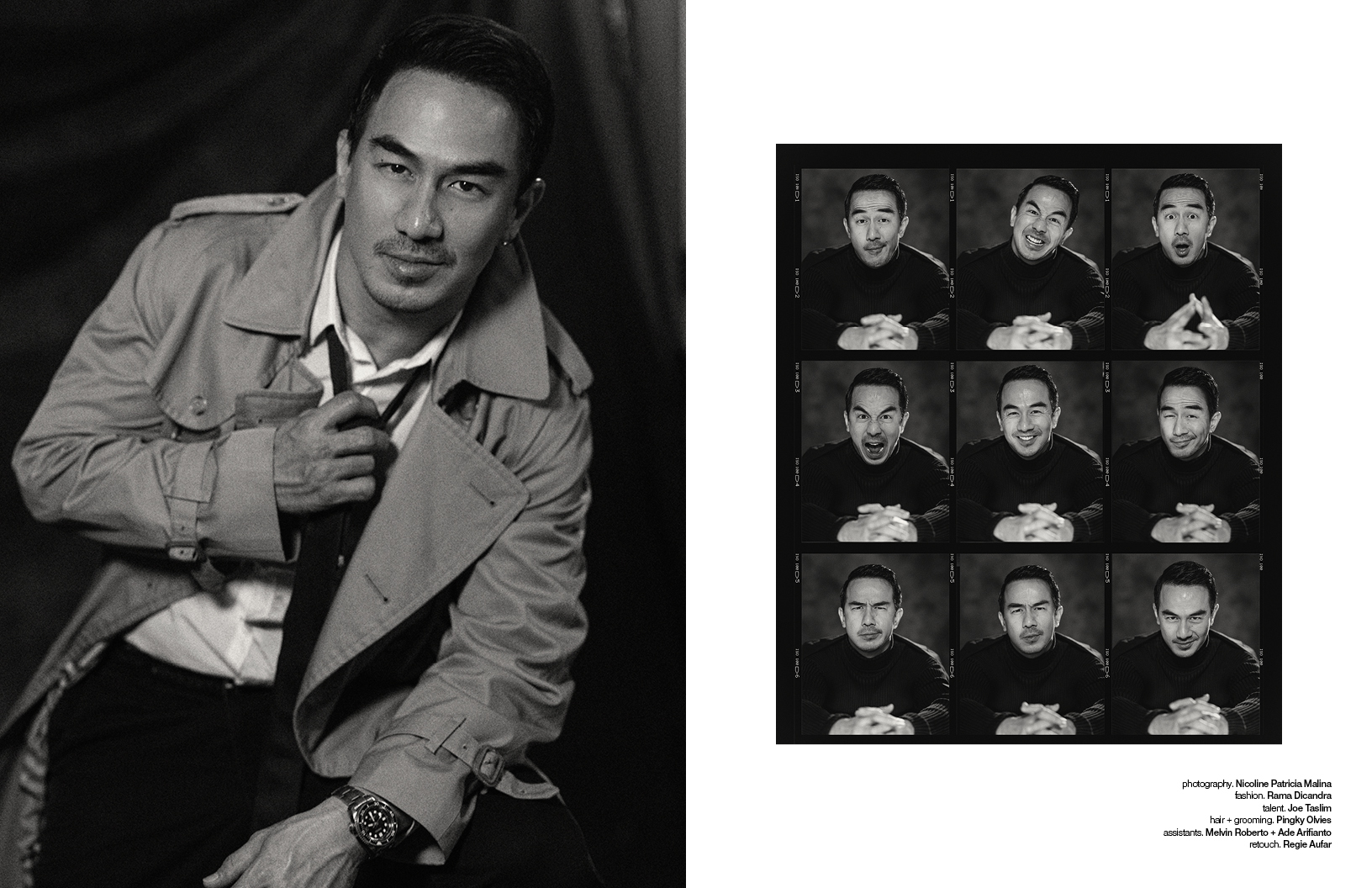 Mortal Kombat is available in cinemas and through streaming on HBO Max.