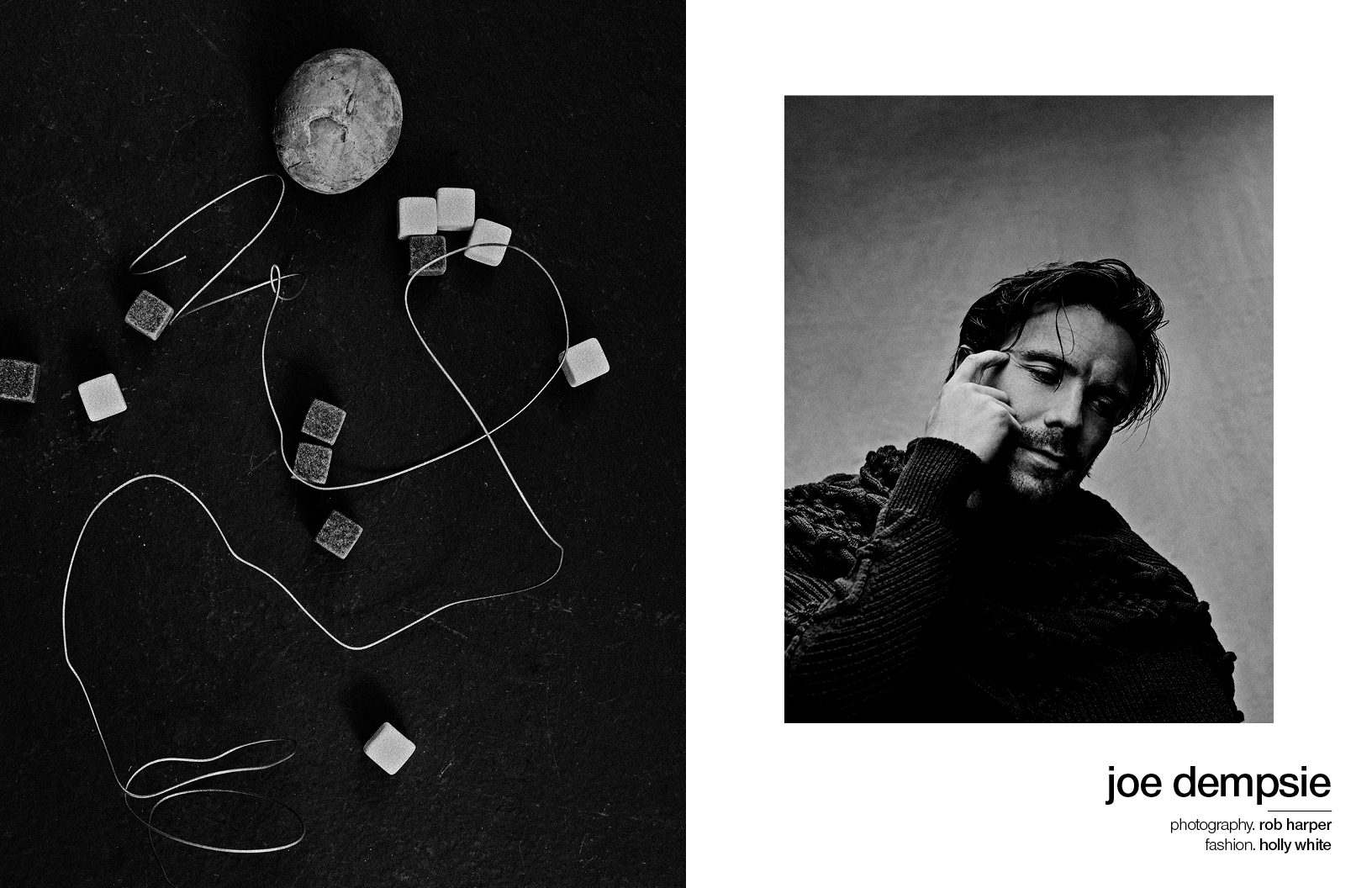 Love them or hate them, Skins and Game of Thrones defined the last two decades. One offered swords, sorcery, and epic battles for a kingdom while the other had hedonistic teens and epic k-holes. You may be wondering what the two have in common. If you were a fan of both, you’ll know that the common denominator, besides the no-holds-barred sex and controversial finales, is actor Joe Dempsie.

If you watched Skins, you’ll remember him as the first generation’s sweet, pill-popping, and ill-fated Chris Miles. “Thronies” will know him as Gendry, the bastard blacksmith turned lord. The overnight success of Skins launched not only an era of house parties in the UK attempting to match the debauchery of those in the show, but also the illustrious careers of Dempsie and fellow Skins alumni including Nicolas Hoult, Kaya Scodelario, and Dev Patel. While Skins grew to become a seminal coming-of-age teen drama, Game of Thrones has come to define the fantasy genre. It seems Dempsie has a penchant for signing on to projects that are as groundbreaking as they are controversial, and his latest one is no exception.

Channel 4’s new four-part drama Adult Material follows the story of a career woman, mother of three, and loyal partner, whose career happens to be as a porn star. This subject matter is heavily laden with tropes, preconceptions, and all too often told from the male gaze – and for a male audience. But Adult Material is refreshingly and pertinently written, directed and filmed by women, and made in consultation with actual adult industry employees to boot. Dempsie stars alongside Hayley Squires as Rich, her loving and rather ordinary partner. This exploration of their relationship and family dynamic is just one of the many nuances of the adult entertainment industry that are often glazed over or ignored. Created by Skins writer Lucy Kirkwood, Adult Material is at times audacious, uncomfortable, hilarious, and horrific, but through it all, fundamentally human.

The release of Adult Material had to be delayed due to COVID-19 but it is finally out. To celebrate its awaited launch, Schön! got the lowdown from Dempsie on his taste for controversy, his podcast recommendations, and just what it is that makes this project so revolutionary.

Two of your most well-known roles—Chris on Skins and Gendry on Game of Thrones—have undoubtedly made their mark on the cultural zeitgeist of the last two decades. Could you have predicted their impact when you took on the roles?

Absolutely not – and when I look back I’m so glad I got to be part of those two shows from the very start, because there’s a lovely naivety that I think you all go into it with, which obviously dissipates the minute a show becomes successful. I have really fond memories of that time on both Skins and Thrones. I suppose the success of Game of Thrones was slightly less surprising because even going into season one you were very aware that you were working for HBO, who over the years had set the bar in terms of “Prestige TV,” and it was clear that they were spending a lot of money on it. But still… the scale of its success? I don’t think even the most optimistic HBO exec could’ve seen that coming. 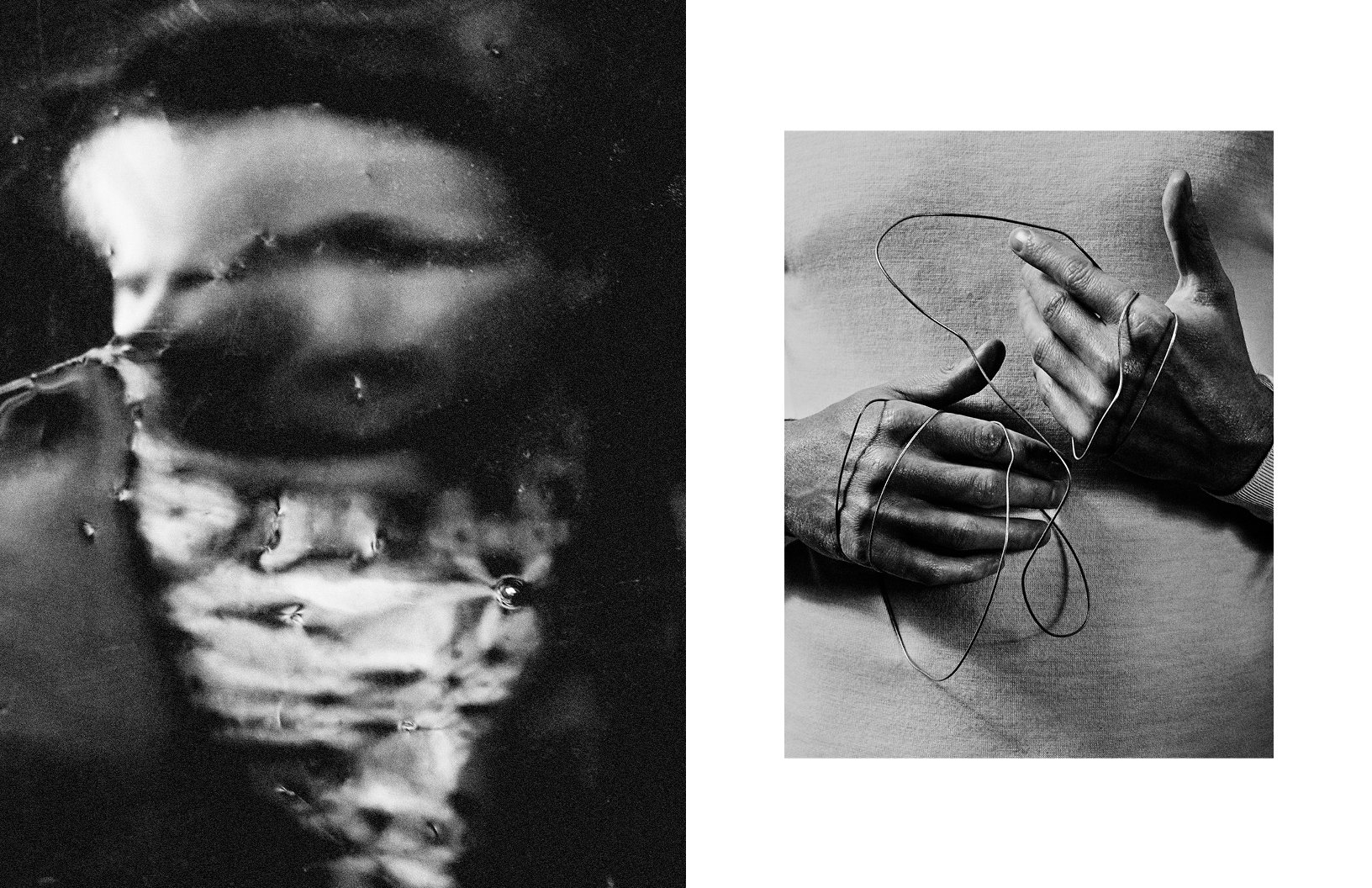 What was it like working once again with Skins writer Lucy Kirkwood on this project?

When I first heard about the project, it was the fact that Lucy had written it that sparked my interest; I couldn’t wait to dive in and read it. We didn’t get to know each other that well when she joined the writing team on Skins, but the work she was doing for the show was creating such a buzz among us all that I’ve followed her career ever since, been lucky enough to see a couple of her plays, and catch up with her afterwards. I was so keen to get this part, mainly for the opportunity to work with her again. Adult Material has been a long time in the making for Lucy, and I genuinely think it’s her most thought-provoking, witty and nuanced work to date – I’m bloody delighted I get to be a part of it.

Do you think that fans who enjoyed Skins will likewise enjoy this new show?

I guess it depends which demographic of Skins fan you mean. As the title suggests, this is very much an adult drama, so if you were part of the Skins’ “first wave” and therefore in your thirties now, I think Adult Material might be for you.

Like Skins at the time, it’s like nothing I’ve ever seen on TV before. It’s bold, brash, and the subject matter is provocative but handled with a light touch. Similarly, the show doesn’t take itself too seriously, whilst at the same time asking some very serious questions of its characters and audience. On reflection though, there’s something in it for everyone. Pornography is in all of our lives these days, whether we actively consume it or not – and is becoming accessible to younger and younger people. As well as the wider practices of the industry, the show also deals with the nuances of everyday sexual politics and consent; which viewers of all ages – well, 16 and over – can relate to and hopefully learn from.

The release of the show had to be postponed to autumn and to air at the more “appropriate” time of 10 pm. Is it really that raunchy? 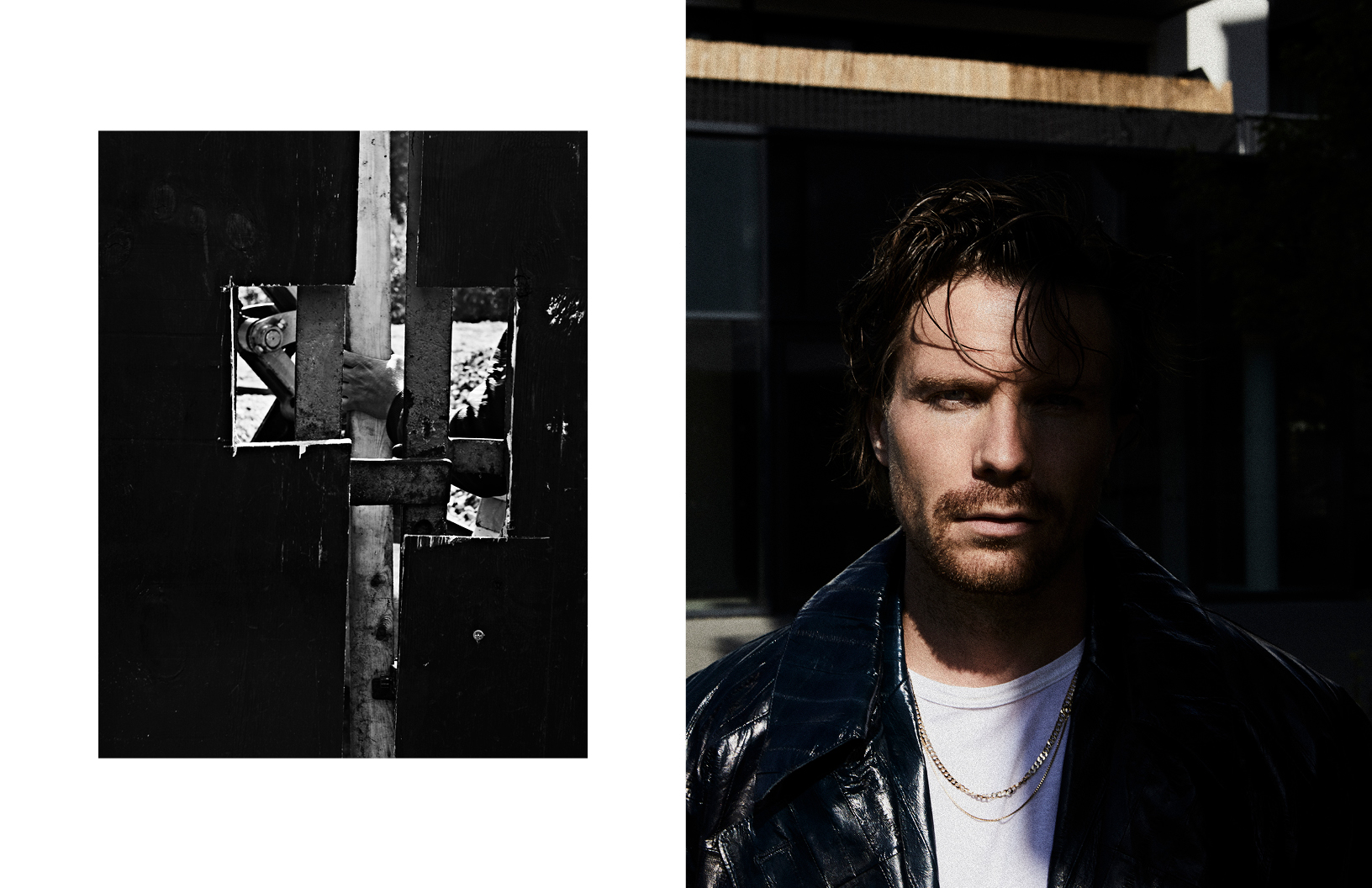 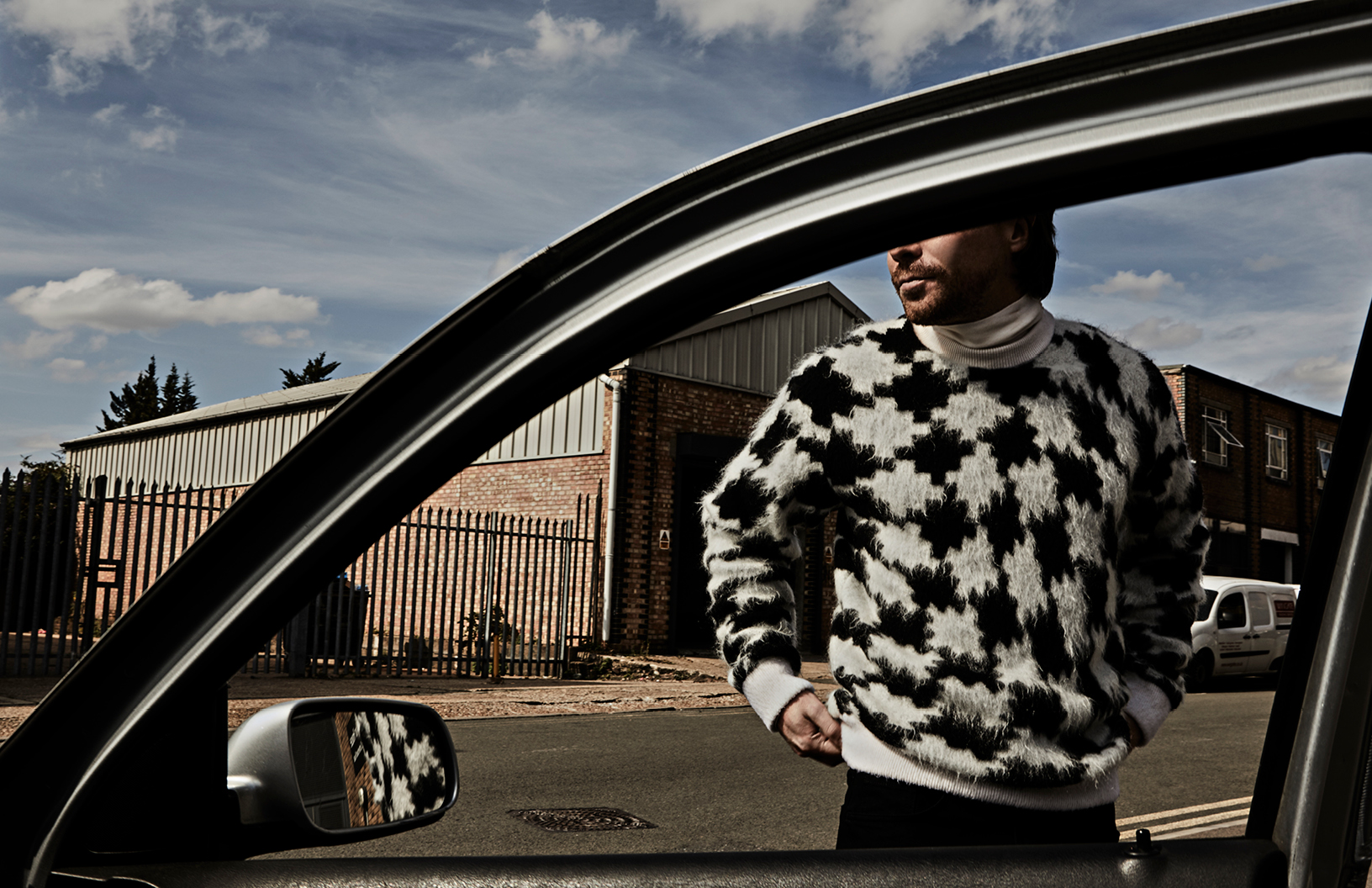 Was it frustrating to have the show delayed or has the excitement been mounting?

I think I was a bit frustrated initially, just because I’m really proud to be a part of Adult Material and I’m keen for people to see it. You also want as many people to see it as possible, so then the schemer in you kicks in — and I thought that those early weeks of lockdown might have given us a (literal) captive audience, that was desperate for a great, new TV [show] to watch. But the reasons [why] I’m not head of a TV network are too numerous to mention, and I’m sure Channel 4 know best.

I’m glad that it’s here now, though. So many people have done such phenomenal work on this, and I can’t wait for everyone to see it.

What attracted you to the role of Rich initially?

I was intrigued by the premise as far as Rich is concerned, the familial set-up. He’s a fairly ordinary guy and, on the surface of it, they’re an ordinary family with very relatable problems. Hayley/Jolene’s job initially gives them an unusual spin but eventually ends up creating a very unique set of challenges. I wanted to explore how you maintain a loving, trusting relationship and effectively parent when one of you has sex with other people on camera for a living – a living that provides the roof over your head and the clothes on your back. How all those things might make you feel, and how they might affect your moral compass along the way.

How did you get into character?

For scenes in episodes one and two I had a fake goatee glued on to my face. Not sure it helped me get into character, but it’s what I did every morning!

Did the role make you challenge any of your own beliefs or preconceived ideas?

It was an area I already had an interest in after listening to Jon Ronson’s podcast series The Butterfly Effect in 2017. That focused primarily on the advent of free porn-streaming platforms, run entirely out of offices in Silicon Valley, by people who had never set foot on a porn set in their lives. The immediate diversion of revenue from the content creators and performers to the tech bros allowing a tsunami of stolen content up on their platforms and reaping the rewards through online advertising. That series also did a fantastic job of exposing the realities of life as an adult entertainment performer and humanising its participants.

That stood me in good stead for this job, but I’ll admit I hadn’t given much thought to the domestic side of things. The challenges of raising children and making a marriage work within this industry. Adult Material opened up that world for me.

The US is notoriously much more prudish about nudity on public television than they are in the UK. Do you think American viewers are ready for the show? 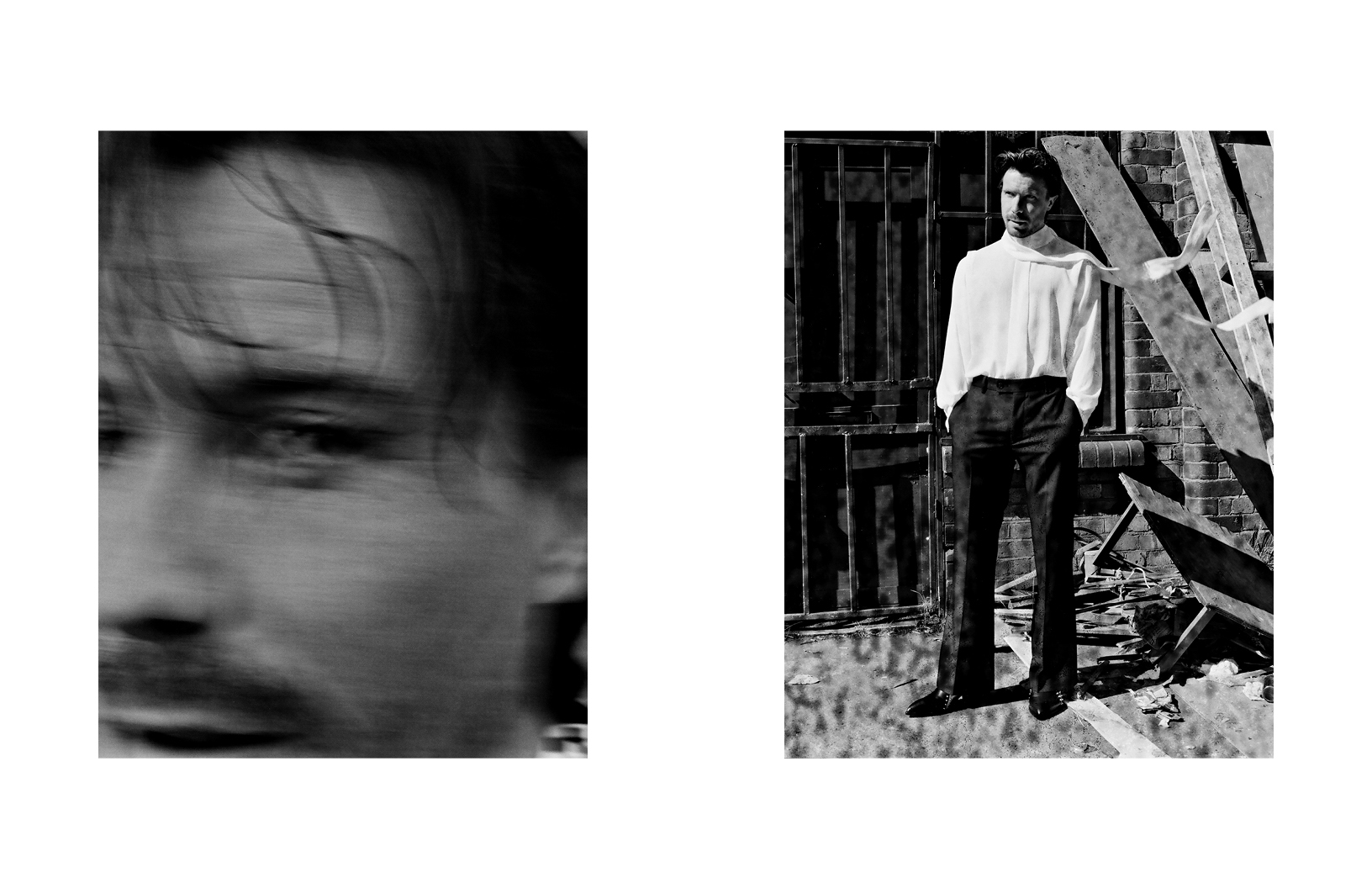 Many series that tackle the subject of sex work make the error of vilifying it, creating a story for the male gaze or doing very little to actually educate on the subject. How is Adult Material different?

Additionally, this is very much a women-led project. Our writer, lead actor, director, DOP, and many Heads of Department are women, and it shouldn’t have been any other way. Lucy’s script shifts the usual perspective on the world of porn, and society, in general, to explore our themes – consent, choice, power, control, class, gender imbalance – squarely through the female gaze. Hayley/Jolene is primarily a mother, wife and breadwinner, who’s great at what she does. And what she does is have sex on camera for a living. Adult Material follows her as she tries to keep those various plates spinning, whilst trying to stop long-buried demons from consuming her.

The lockdown saw a wave of people who had lost jobs or income turning to platforms like OnlyFans to make money, even prompting Beyonce to name drop the website in a song. Do you think public perception of sex work has changed as a result?

I’m not entirely sure, to be honest. The assumption is that as pornography continues to be part of our everyday lives, both directly and indirectly, people’s attitudes towards sex workers will change accordingly. But then sex work is often (wrongly) referred to as “the oldest profession in the world” isn’t it? And yet the stigma still remains. I hope that now people aren’t so afraid to talk about it openly, those conversations can lead to change. Maybe that is what’s happening now, and not before time.

You’re no stranger to taking part in controversial projects. Is there something about provoking audiences that excites you?

If I’m being honest, yes — but that’s never the sole factor in me choosing to take on a role, it always starts with the script, and then the character. But then I am mostly drawn to scripts that challenge their audience, which often comes from exploring difficult subjects from novel perspectives. You could argue that’s a perfect recipe for controversy, but that’s fine by me. TV and film are pushing the boundaries now, mostly because they’ve realised that life is rarely black and white. Work that lives in the grey areas, by definition, tends to ask more questions than it answers and allows its audience to make up their own minds. Which is another way of saying, “will be divisive.” That’s the kind of work I’ll always try and seek out.

What do you hope that viewers take away from Adult Material?

I hope it makes them ask themselves the wider questions about gender power dynamics and sexual politics — and, if they’re porn-watchers, gives them a new appreciation and consideration for the people who perform in it. And that Hayley Squires is a superstar. 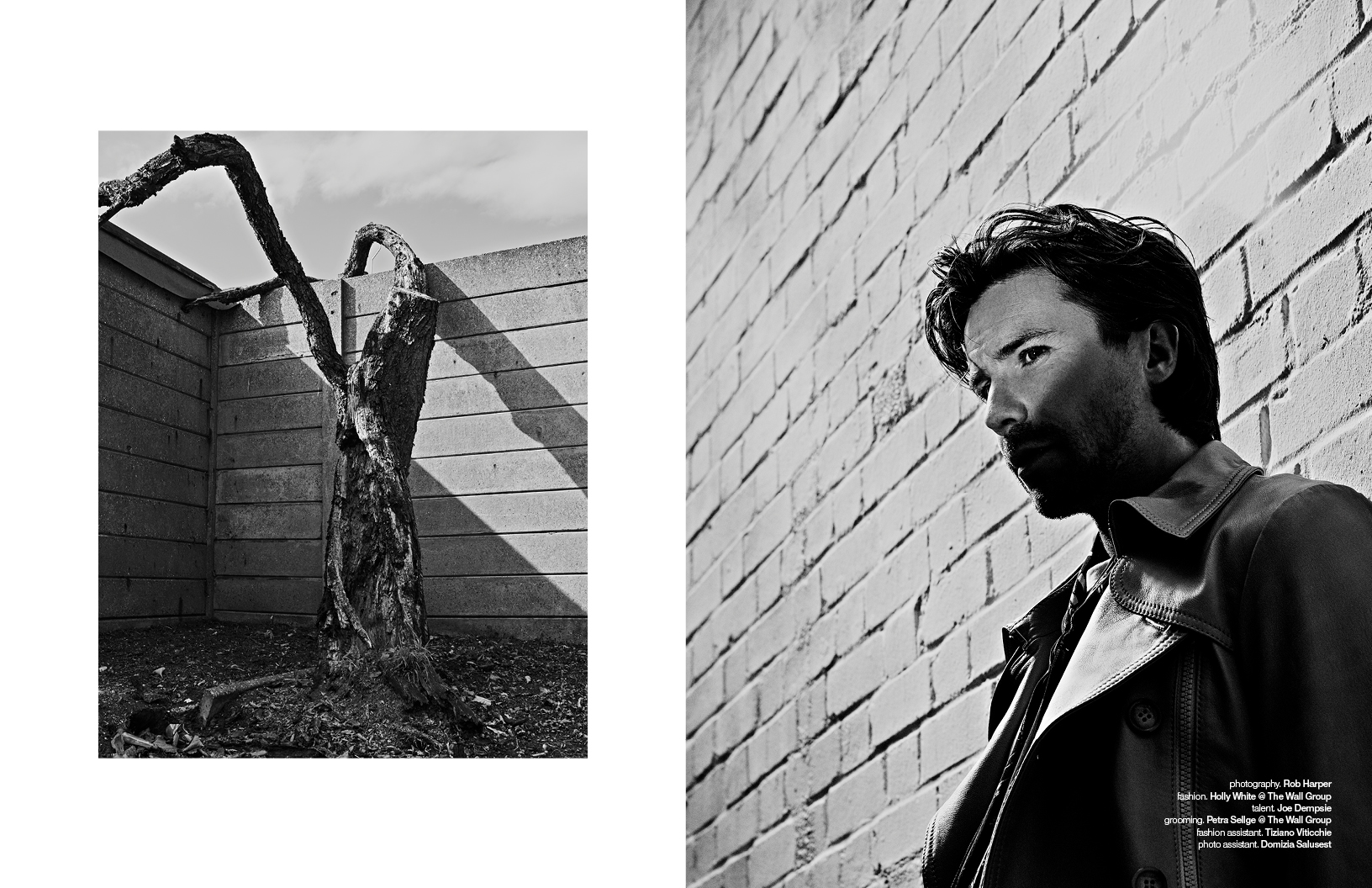 ‘Adult Material’ starts on Channel 4 on Monday, October 5. All episodes will then be available to boxset on All 4. Watch the trailer here.