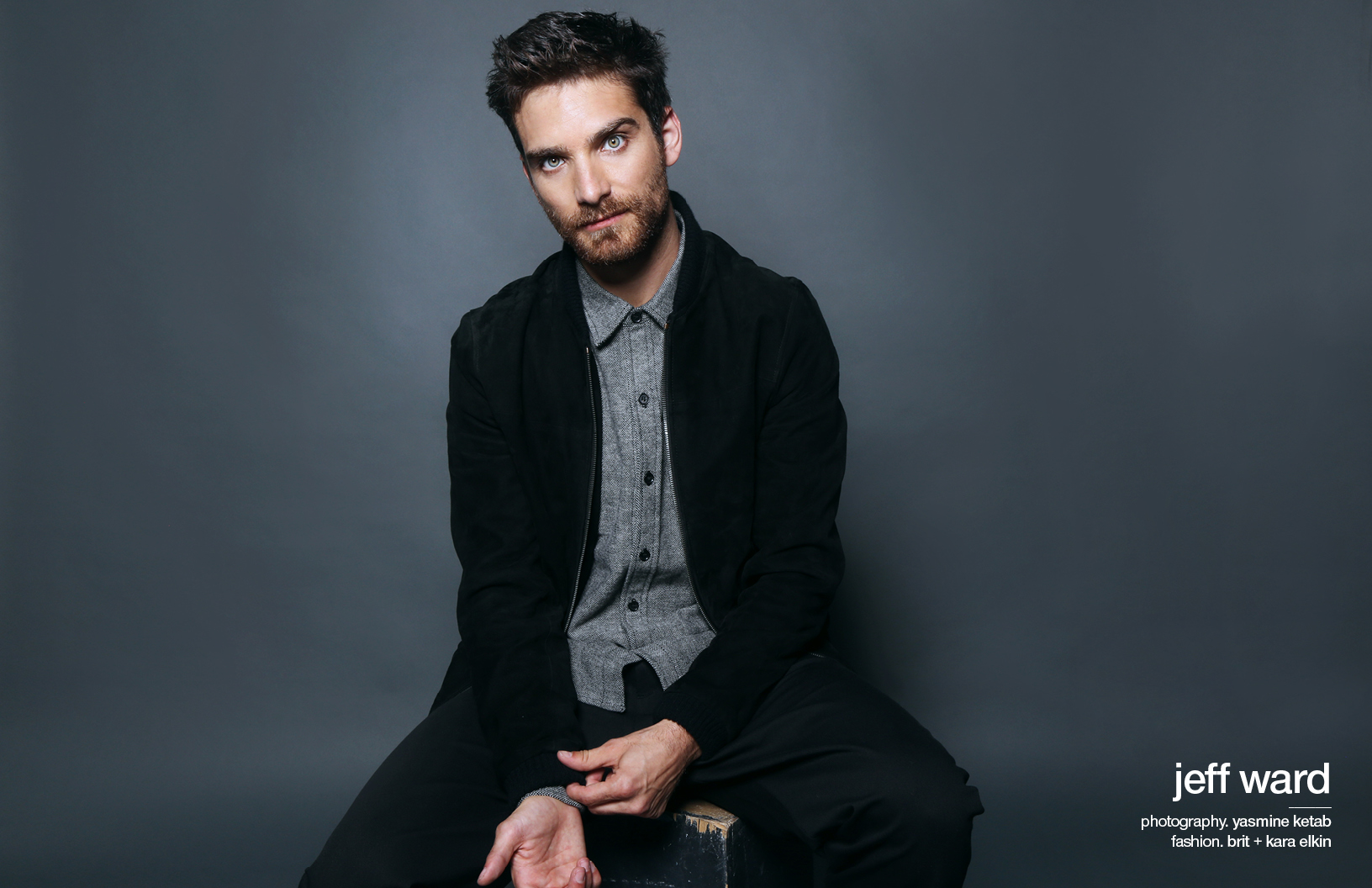 Brand New Cherry Flavor, the new Netflix drama horror series featuring Jeff Ward, is a riddle of the darkest hues — filled with lies, symbolism and magic. Playing a classic 90s Hollywood star named Roy, Ward portrays the character with depth and a multifaceted nature, a talent that might be explained by the actor’s professional background. Along with being a full time actor, he also is known as a writer, having written several short films with more projects on the horizon. As an actor, however, his recent projects are on opposite poles spanning horror and comedy — solidly proving that there is nothing he can’t play. Jeff Ward sits down with Schön! to tell stories from behind-the-scenes of Brand New Cherry Flavor, his acting career and potential future releases.

Weighing all the super strange details of Brand New Cherry Flavor, what was your first reaction reading the script? What was the thing or scene that shocked you the most?

The pilot stuck out to me right away. I knew Nick’s writing because we had worked together before, so I had a vague idea of what to expect… but this one was just so unique. I’d never read anything like it. And it was bold and unflinching. But when I started to read the rest of the scripts, it was definitely the sex scene in the fourth episode that made me go, ‘I genuinely don’t think I’ve ever seen anything like this.’ It scared the hell out of me, to be honest, because it was just so unsettling and felt weird that it would be me doing it. But that faded, because how often do you get to do something you really haven’t ever seen before?

We’ve seen a horror renaissance recently. What about Brand New Cherry Flavor do you think sets it apart from the recent crop of critically-acclaimed horror?

It’s cool what’s happened with Horror the last decade because it feels like it’s now the most adventurous genre. When we were making the show, we were talking about Ari Aster and Robert Eggers and Jeremy Saulnier, because the stuff they make is so out there and well made. But in my opinion, our show blends a lot of the horror subgenres in a really original way. That can be tricky and doesn’t always work, but because we had incredible actors like Catherine Keener and Eric Lange and obviously Rosa, it integrates different surreal elements into the story seamlessly. Hopefully it still feels cohesive and grounded because of the performances. Because it’s obviously tough to combine curses and zombies and magic and cannibalism and kittens without being able to thread that needle somewhat gracefully, and I think the show did a formidable job with it. I also love how unapologetic it is — like, you have a character throwing up kittens all of the sudden, but it sort of feels natural to the world the show takes place in. The novel is a confident and trippy nonlinear mindfuck, and Nick and Lenore tried to make a TV version of that. I think they succeeded. 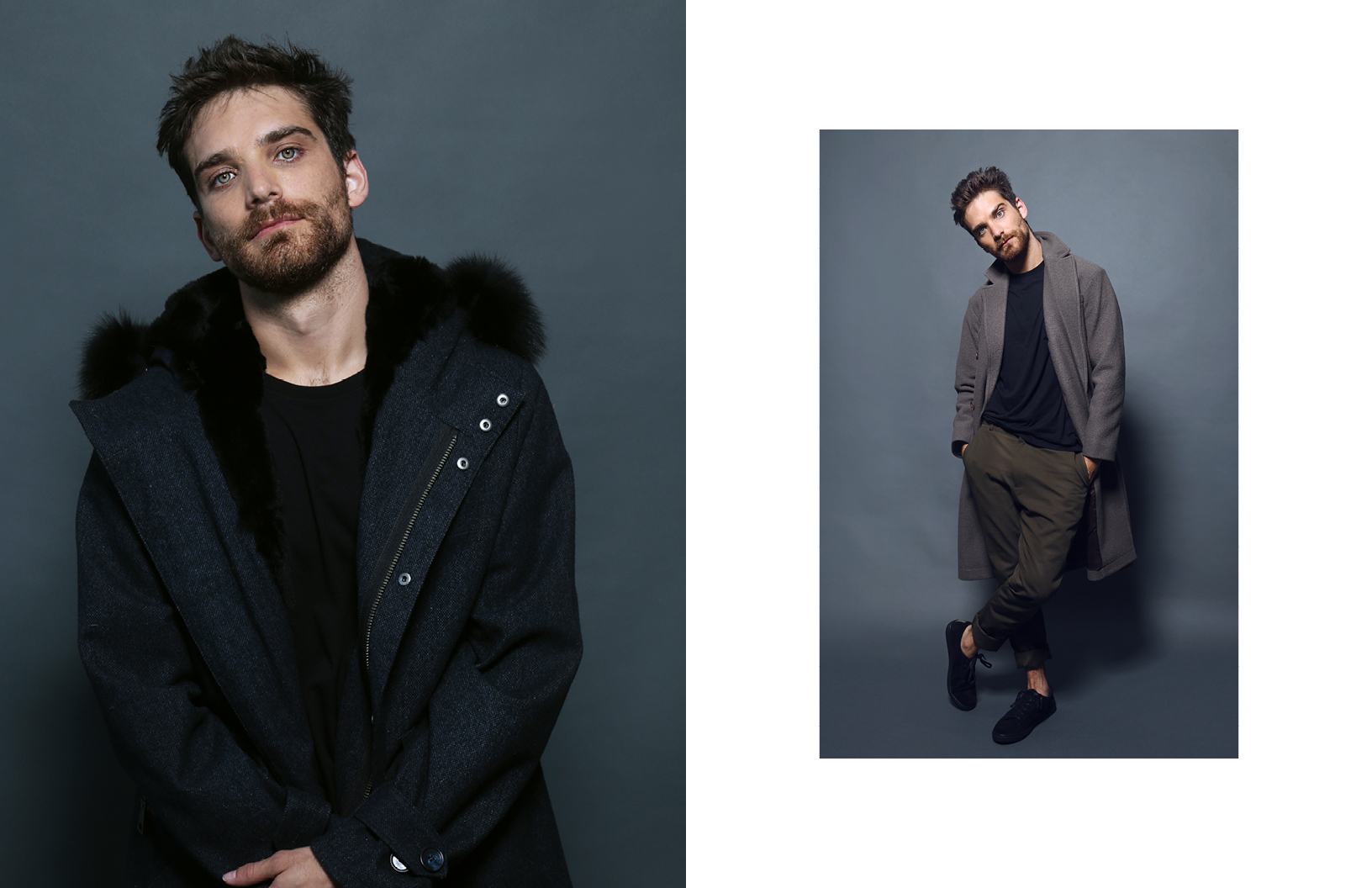 You’ve been in projects with some pretty gruesome themes and scenes — such as this and your portrayal of Charles Manson. Do you have any psychological tricks — either for preparing for such a role, or for simply keeping your spirits up while you’re doing it?

Honestly, I listen to a lot of music when I’m working, so that’s a good way to get into it and to wind out of it depending on the music. And sometimes the choices are weird. For some reason, getting into Charles Manson involved a lot of Kanye West.

What do you think are the real struggles of the industry that might be shown metaphorically in the series? Any you’ve experienced yourself?

I feel like a lot of the struggles aren’t metaphors in a show like this, since it’s so aggressively about the industry, but at the beginning of the show, Lisa’s helplessness and being at the mercy of others feels accurate and super real. Sometimes it seems like there are these arbitrary gate-keepers that make the decisions as to what gets made and what doesn’t, who gets chosen for a part or as a director… it can all be so random, but they hold all this power. And sometimes you come across a person willing to hold that power over you, which I’ve experienced. It’s gross. Something Mulholland Drive expertly makes fun of. But I think this show is trying to take that idea a step sideways into insane magical surrealism, which makes it more colorful — but in a way, it’s still very realistic in showing what it feels like to be an artist in this industry. And when sexual harassment or assault comes into it, like it does with Lisa, it’s reprehensible.

What was it like working with Nick Antosca again after Channel Zero? What do you like most about working with him?

Nick is one of the smartest people I’ve ever met. He’s also a generous and thoughtful leader. And I’ve always loved the crazy shit that comes out of his brain. We met because he wrote a short story called The Girlfriend Game, and when I read it for the first time, I couldn’t believe how much it messed me up even though it was only a few pages long. I thought about how cool it would be if we could replicate that with a short film, so me and a couple friends approached him about making it. He was really happy with how it turned out, and it was clear that there was something about the stuff he wrote and the stuff I like to act in clicked somehow. And then a couple years later, he asked me to come audition for this new show he was doing called Channel Zero, and that cemented it. I love working with him because he’s so open to everyone bringing their ideas and creativity, and has an amazing way of finding great directors early in their career, so I always know I will be working with interesting people. Same with his actors and cinematographers and production designers… He has a very good eye for artists, and then when it comes to the work, he kinda lets them do their thing. I’ve always admired that because it’s difficult to do that when you’re the one in charge, and I think the shows come out better for it. 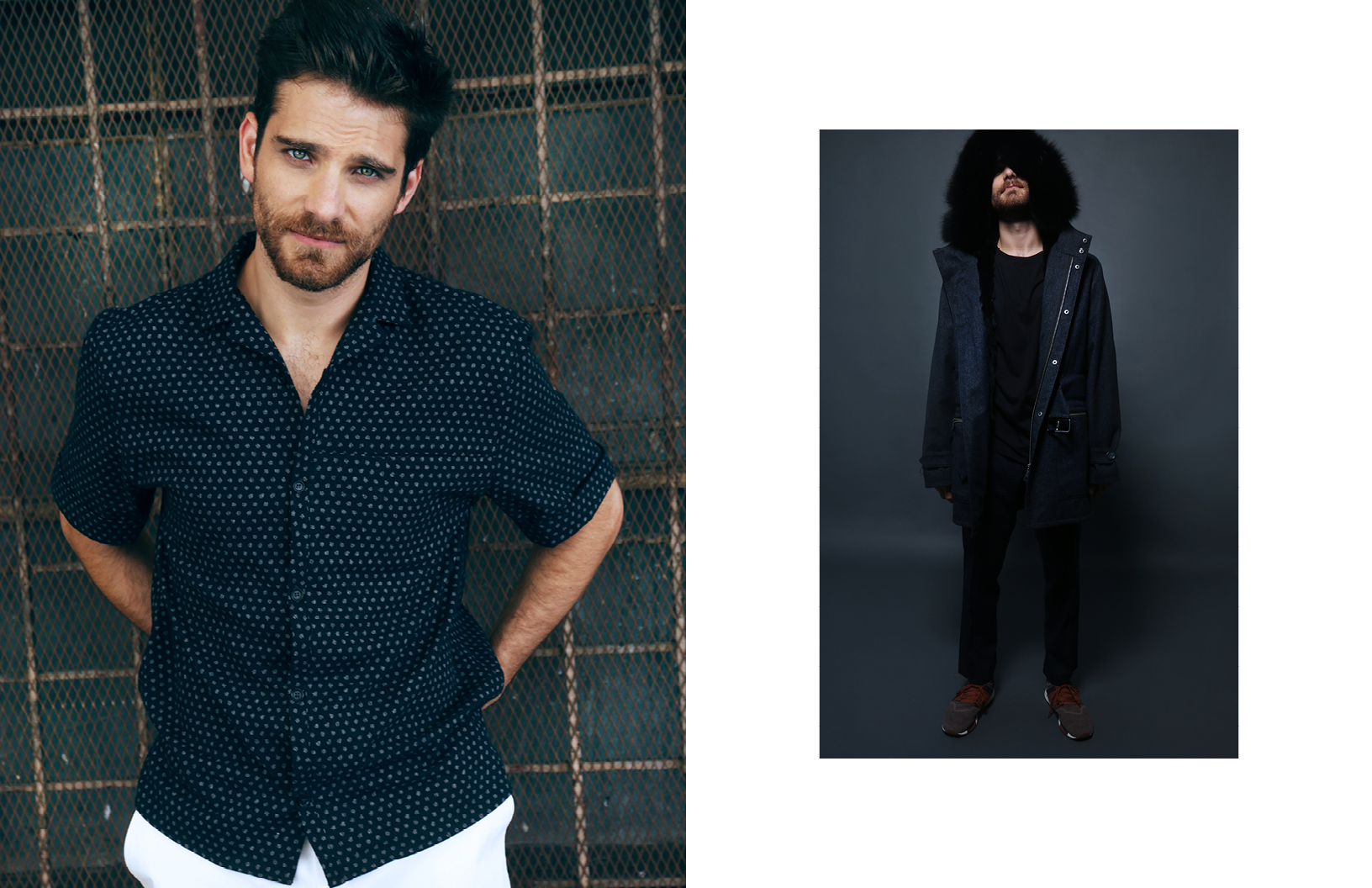 How would you describe your character, Roy?

Roy is a movie star in ‘90s Hollywood. He sees Lisa’s film and gets obsessed by the idea of working with her. He has survivor’s guilt from things he feels responsible for in his past, and puts himself in danger with stunts or bungee jumping or motorcycles whenever he gets the chance. Probably as a way to punish himself. So the darkness that he’s chasing becomes embodied in Lisa, and when that gets wrapped up in romantic feelings, it becomes a pretty dangerous combination for him.

Why should Brand New Cherry Flavor be on everyone’s must-watch list?

Because you’ve never seen anything like it. And Catherine Keener.

You’re also a writer. How do you think your acting influences your writing, and vice versa?

I’ve been acting longer than I’ve been writing, so acting was my way into understanding dialogue and character. I had to learn the mechanics of how a story worked later, but acting just made me feel like I was familiar with how a script was supposed to work. I also grew up as such a gigantic fan of movies in general, that once I started writing, I was so excited to realise I had this wealth of movie knowledge that already taught me how movies work. I always thought it was a junk drawer in my mind that was never going to get used for anything. But when I started writing a lot, I was surprised how fun and free it felt right away. Now it feels like the two processes are two different versions of the same thing. 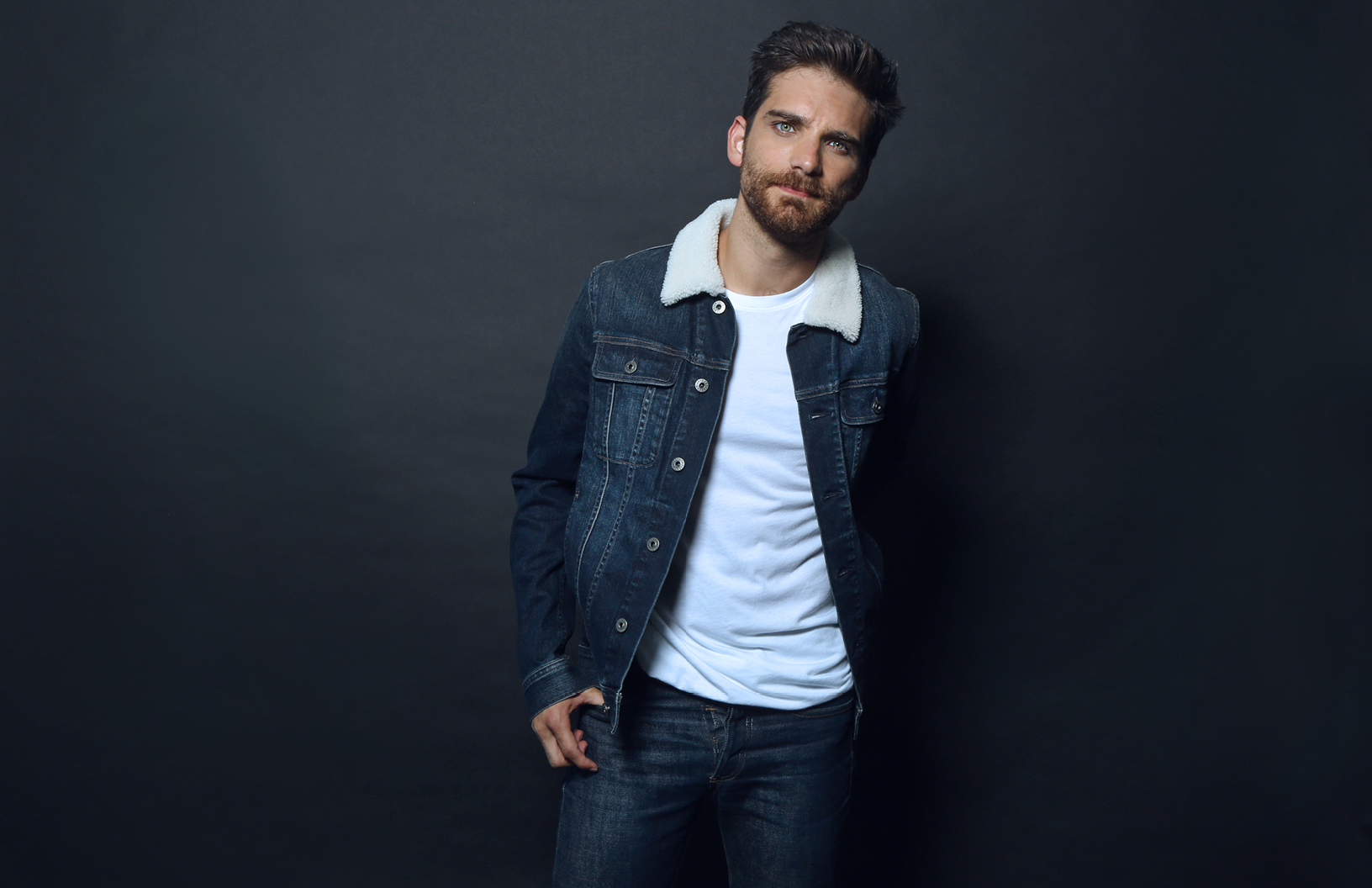 Considering the fact that your two most recent releases are extremely different genres — horror and comedy — what are your most liked aspects about playing in each of these genres?

I grew up as a big comedy nerd, from The Simpsons to Arrested Development to Chappelle’s Show to Curb Your Enthusiasm to the British version of The Office and Extras… but it was never something I got to do professionally until a few years ago. I was always doing darker stuff and I obviously love that too, but filming a comedy is objectively more fun. I wouldn’t ever want to exclusively do one over the other, but yeah, comedies are just more fun. Horror is great because you get to work with interesting new filmmakers who are out to make really cool work — on this show alone we had Jake Schrier, Matt Sobel, Arkasha Stevenson, and Nick who directed the finale — they’re all such exciting directors to work with. But horror is usually much harder. And lots of blood and prosthetics and crazy stunts and running… it’s really great in its own right.

Which project of yours is particularly important or special to you? Why?

It sounds dumb, but I think they all start to feel like your kids in a weird way, because you spend so many months or years on these projects. You also spend an unnatural amount of time with the people that work on them with you, so for me, they all kinda feel more connected to the actual experience of making it.

What else can we expect from you in the near future?

I got to do an episode of PEN15, which was also a delight… and speaking of legendary women! Maya Erskine and Anna Konkle are geniuses. As is their co-creator Sam Zvibleman. We’ve all been friends for a long time, and Anna and Maya and I went to college together, so we’re always trying to figure out ways to work together. Luckily they asked me to play a fun and really weird guy for them in the third season, and we had a blast doing it. 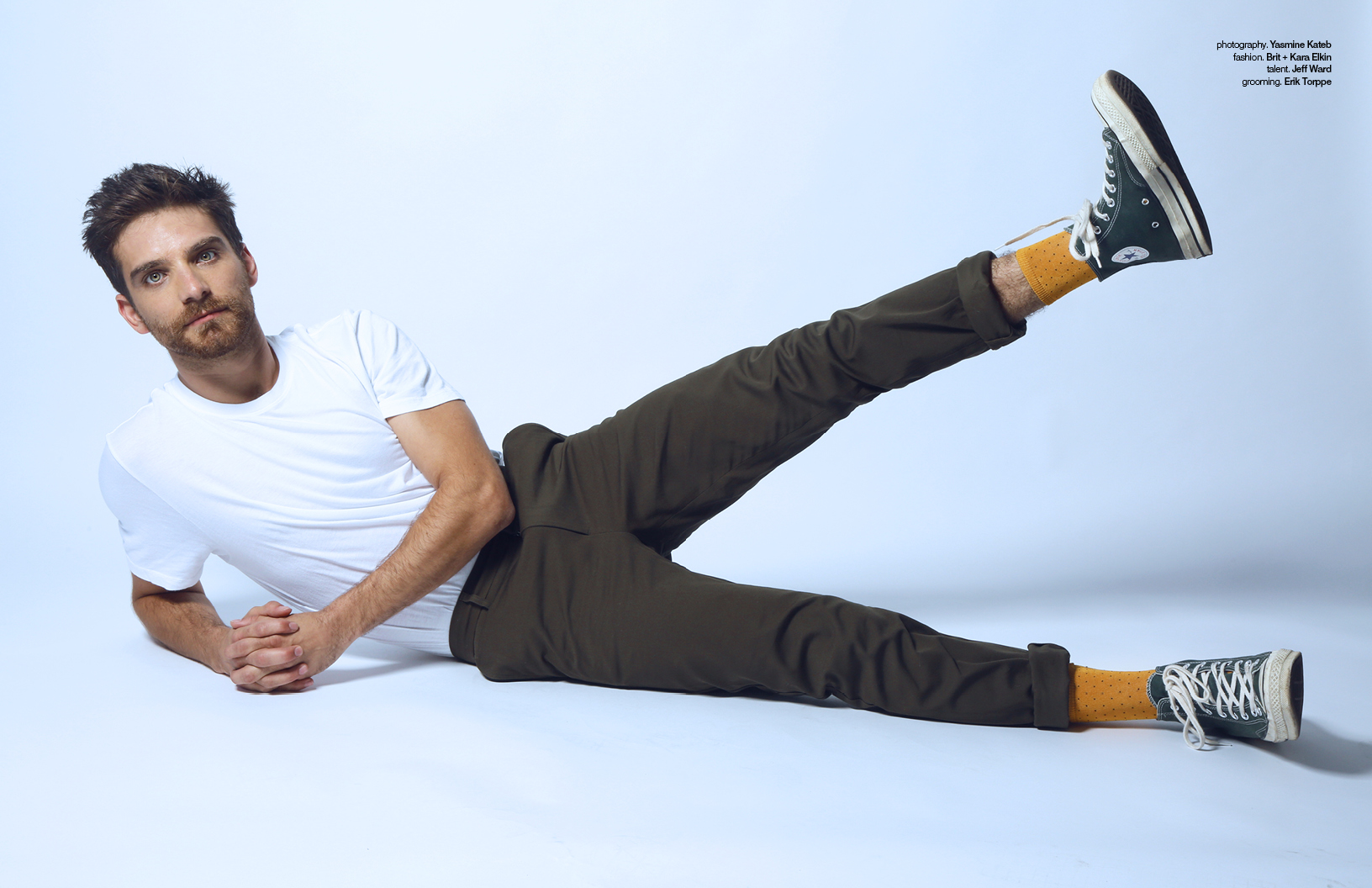