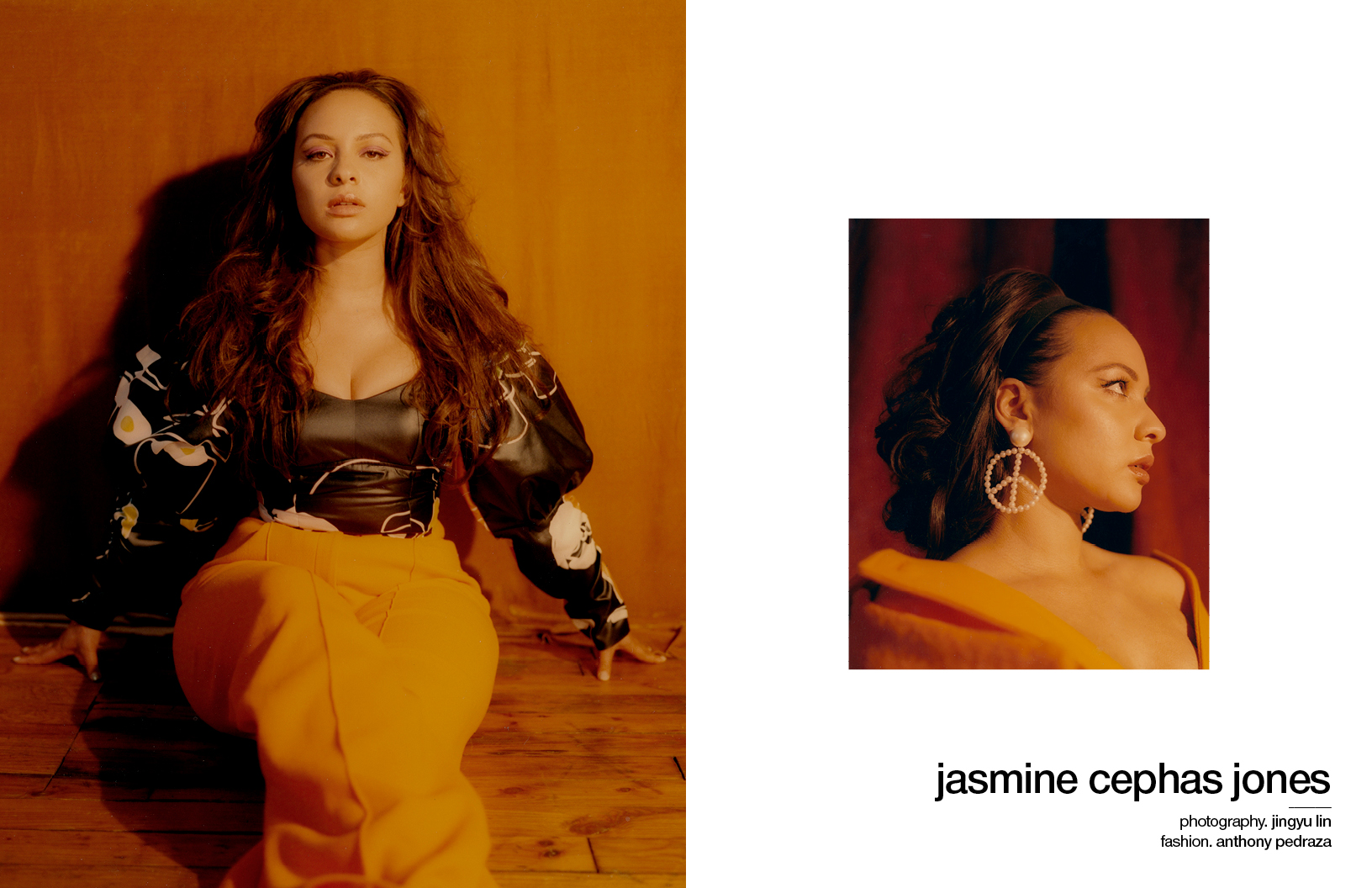 Brooklyn-based American actress Jasmine Cephas Jones is the leading light of the new Starz series Blindspotting, an adaptation that picks up six months after the events of the 2018 film. The Blindspotting film explored themes of police brutality, race relations, gentrification and more in Oakland, California. This series continues those discussions while zeroing in on the outsider’s perspective. Jones received a call to join the project shortly after wrapping the 2018 film and immediately agreed to reprise her role as Ashley working alongside Daveed Diggs, with whom she also worked on Hamilton. Schön! sat for an exclusive chat with the actress about the series.

I know in the 2018 movie, you play a very minor role, but in this series adaptation, the spotlight has been redirected to you. What did it feel like to reprise your role as Ashley?

It’s pretty amazing, because since it was such a small role, for me, it was almost like starting from the beginning. I had to create a bit of an even bigger backstory for her and really dig into who she is as a woman, and what she likes wasn’t what she doesn’t like, and create this emotional, colourful arc for her. It was such a great opportunity for me to show so many different sides of what I can do because there’s a heightened verse in it; she gets angry, she’s happy, she sad. I mean, she’s so many things in the show. She’s so complex, and not one-noted at all. That was just so exciting for me to play because there just aren’t a lot of roles for women that do that, and I think we’re starting to see that a little more. So, to be able to have that opportunity and show that women are so many different things just brings me a lot of joy.

It’s very interesting that we finally get to see the outside perspectives and what it’s like when a loved one is incarcerated, especially through the female lens. Do you have any personal experiences with the prison system?

Yeah, I had a relative that was in Rikers Island for a while and I had to do visitation, just like Ashley does, and go through that whole process of seeing them and visiting them. It was an absolute nightmare every single time. So, there is that part of Ashley that I completely understand, that I’ve been through, and I’ve gone through before. It sucks, and it feels like the world is crumbling. The hardest part is that they make it so hard for you to see your loved one. Sometimes you’ll sit there for three hours and go through the whole process and not even be able to see them. So, yeah, there’s a lot that I understand of this story, for sure. 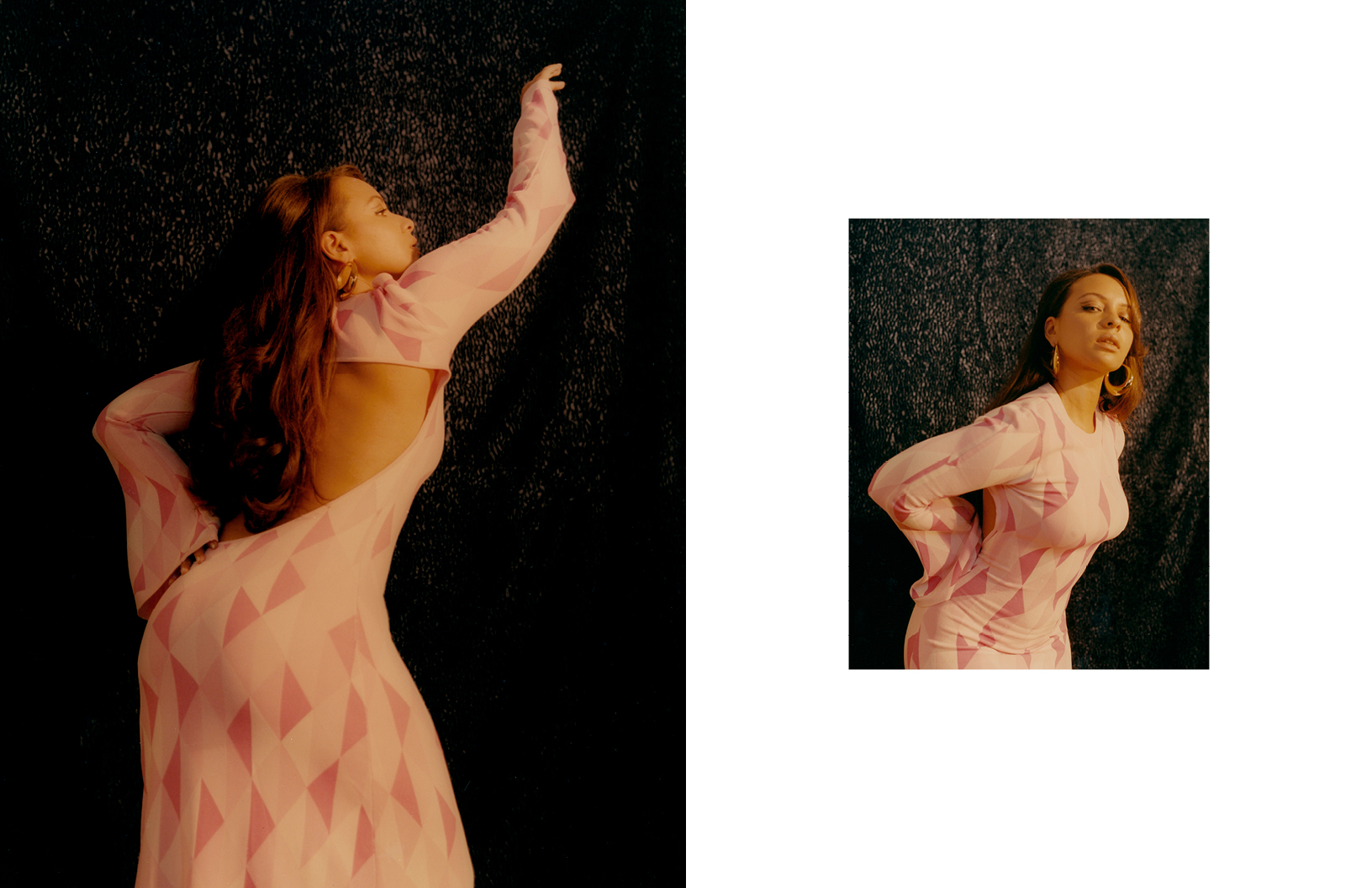 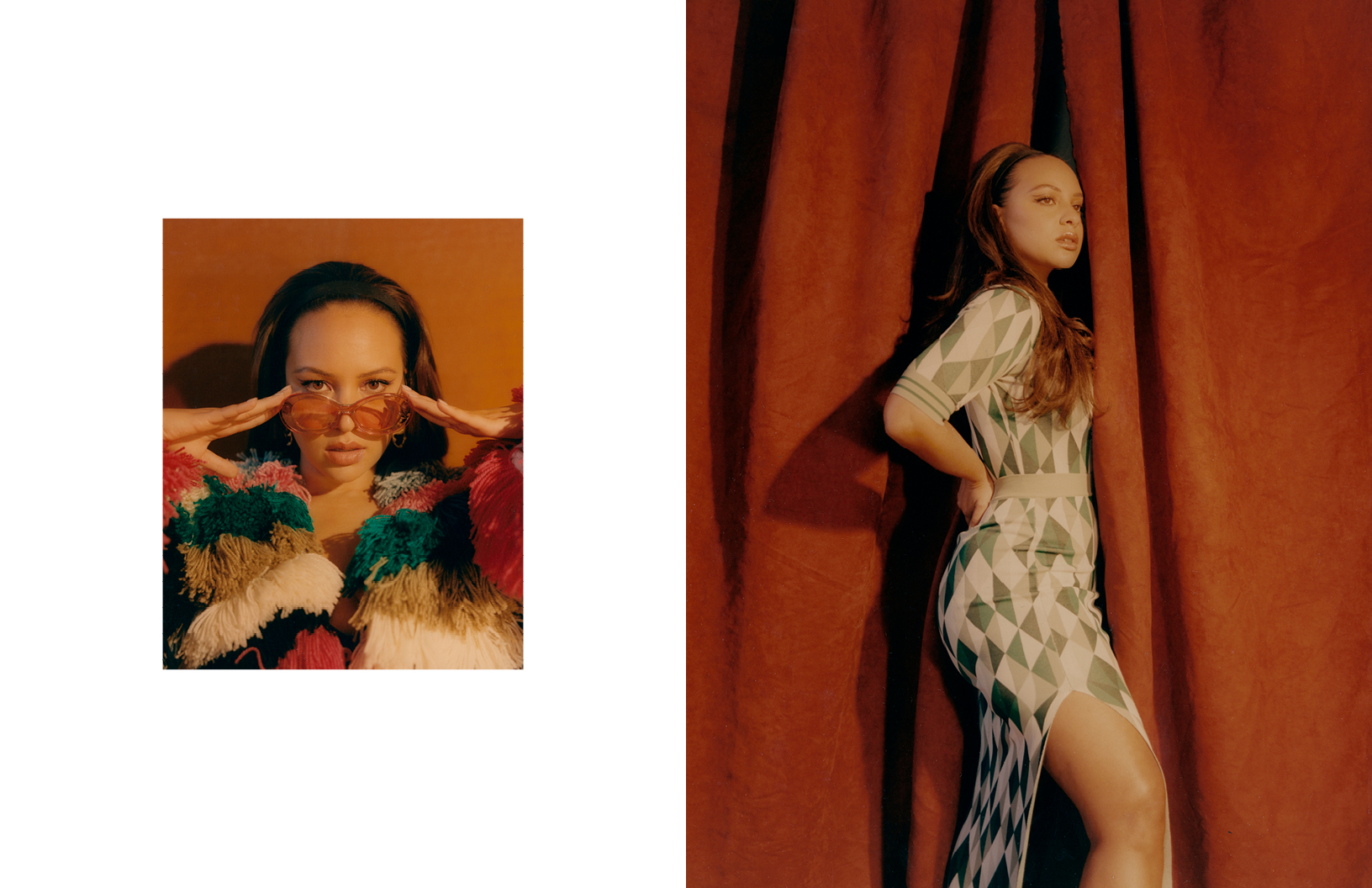 The show is very grounded in reality, showcasing the parts of a person that we often don’t see — the public self versus the ‘behind-the-scenes’. How do you mentally prepare yourself for those scenes where your character, as you mentioned earlier, is so happy in one sequence and crying in the next?

For me, it’s to stay grounded and calm and do my preparation. Every verse is different and requires something different from me. For me, it’s more of the preparation of the words in the verse. I kind of tackle them like Shakespearean monologues and separate all of the thoughts and what I’m saying, and how that makes me feel, and once I really studied all of that, and have it in my system, I can kind of throw it out. Then, I can start to play around with it and do it kind of differently each take and just to give more variety, and see what they like best. But for me, especially with the verses, it’s really about preparation. The more you’re prepared, and you have these words in your bones, the more you’re able to play and really experiment.

How connected did you feel with your character, and how much creative control did you have over the way in which she was presented?

I had a lot of creative control. I’m a creative producer on the show, so I really was able to have a say in a way that I had never had before. You know, down to, do I like what I’m wearing, do I not like what I’m wearing, what’s going on in the scene. I think to be able to just speak up if something didn’t feel right was absolutely amazing. I felt this kind of freedom on set that I think really helped me to be free emotionally as well with Ashley.

There was a very big support system on set because Ashley does go very dark sometimes, and she’s very hilarious in moments and funny and then she really goes there emotionally. I think it’s so true to how life is. I think a lot of people handle trauma and those times through comedy. Sometimes, you’ll have one moment when you’re laughing and then the next few moments you’ll cry… But I really had freedom on set and was able to connect to Ashley in a way that I’ve never experienced, because I was able to have that freedom, and because I was able to have that say, and because I was completely supported as an artist. 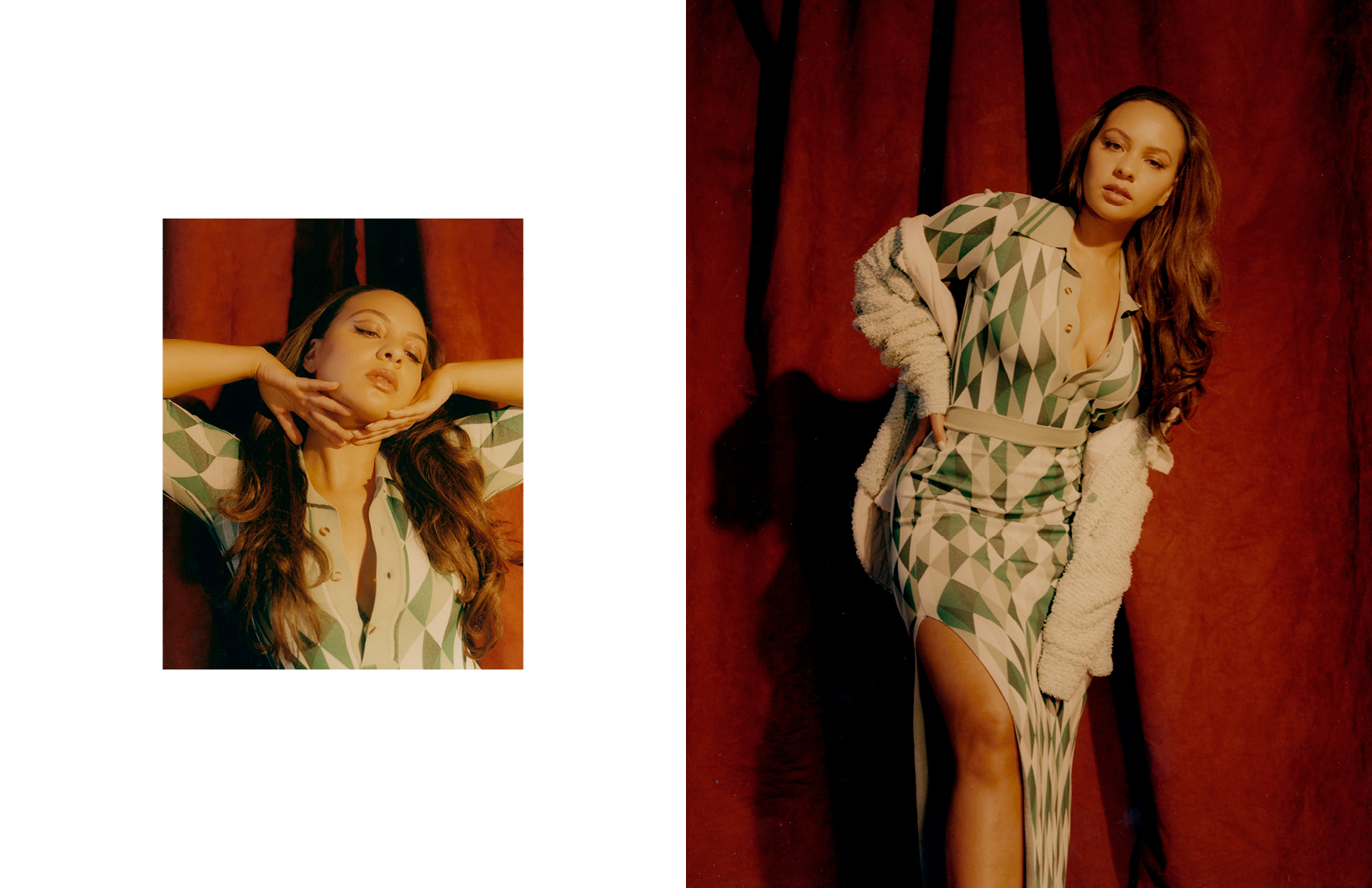 Does your character remind you of anyone in your life?

No, I think she’s new, I think, every episode, I add something else to her, and I mean, she kind of reminds me of me a little bit in some ways, but she’s definitely way more heightened… But I think I connect to her in a lot of ways.

From spoken word poetry to monologues to breaking the fourth wall, I just love the way the story is told. As someone who is involved in the performance industry, how did you adapt or navigate these different styles of storytelling?

I was so afraid at first because I was like, ‘I’m not a rapper. Like, I can’t do this.’ I was like, ‘[Rafael Casal] and [Daveed] Diggs are writing these for me, and they’re rappers. They’ll execute this so much better than me.’ But then I realised when I started going into it that you have to attack them like Shakespeare’s monologues, which are these titan ways of really expressing your true feelings. In these moments, I like to think of them as Ashley at her purest self, because she’s not influenced by any other character. And she’s sharing a secret — she’s sharing a part of herself. I almost like to think of them as like these letters that she’s writing that Sean will find when he gets older.

In these first moments, you kind of see every single thought she’s having, or she’s about to have, and you see it kind of process in her mind. And so, I didn’t want it to feel like this big, heightened performance. I really wanted it to feel raw and real and honest and pure. If you’re ever wondering what Ashley is feeling in the episode, just fast forward to the verse and you’ll really be like, ‘oh, okay, that’s where she’s at.’ 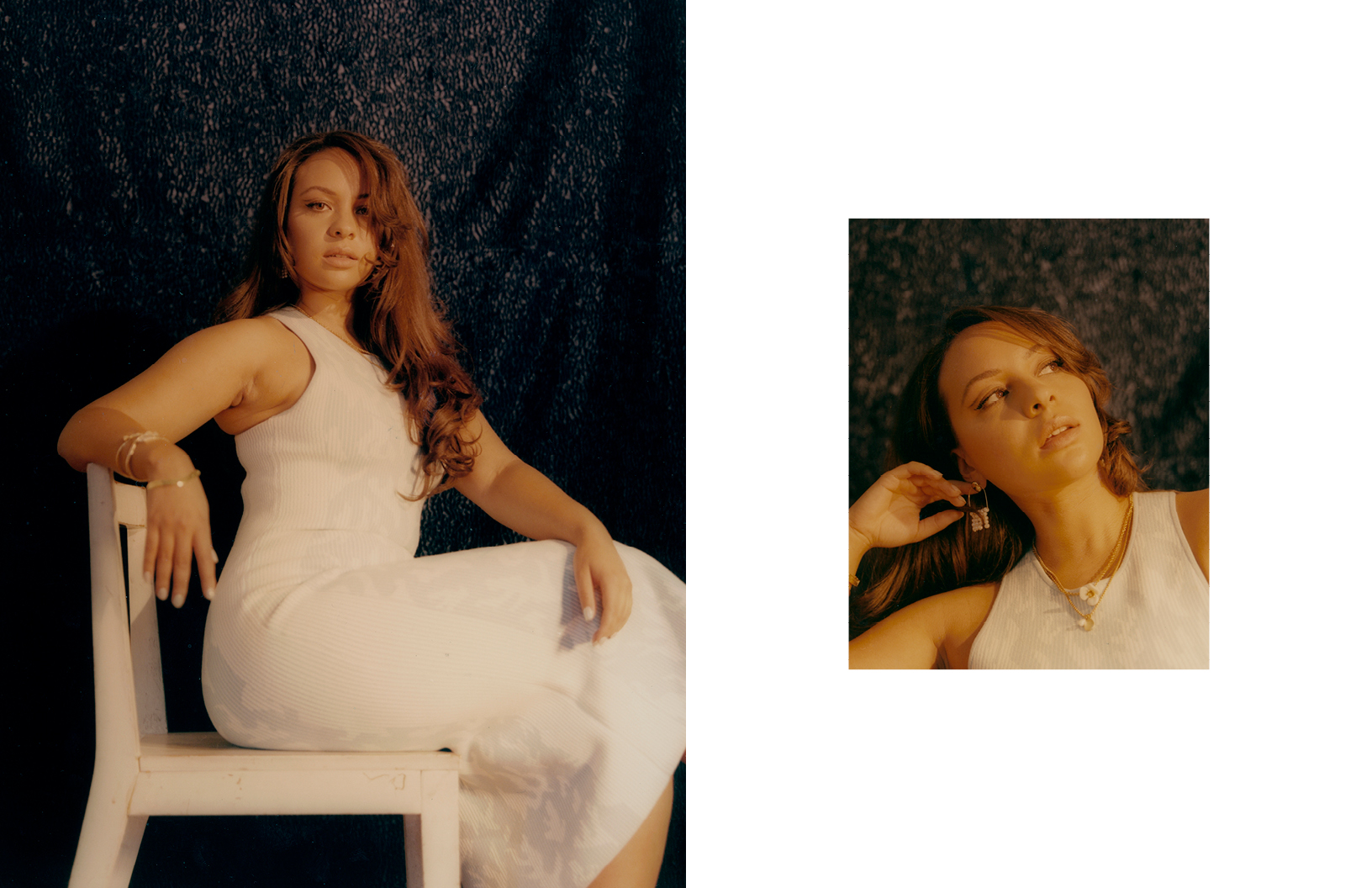 The cast is amazing, and you got to work with some familiar people with whom you’ve worked before. What was it like on set?

It’s like a family affair. I love working with people who I care about, and who I’ve loved working with before. It always brings me joy, and I always feel so grateful that I get to reunite with people again, especially from Hamilton or from anything else. It’s just always so much fun, because a lot of the time that doesn’t happen, but when it does, it’s just so exciting. And it makes me so excited, like getting up and going to work. It’s always great. I love it.

The show addresses some very important societal issues. What is the general reaction that you hope to see from the audience with the show?

Oh man, we talked about so much in this series, from gentrification to the prison system. I hope the audience opens up and welcomes this family into their home. I hope they have this family teach them about a lot of these issues through comedy and just open up more perspective to what we’re talking about. And hope that it leads them to have a continuing conversation so we can make some change. And I also hope that they laugh and find it entertaining. 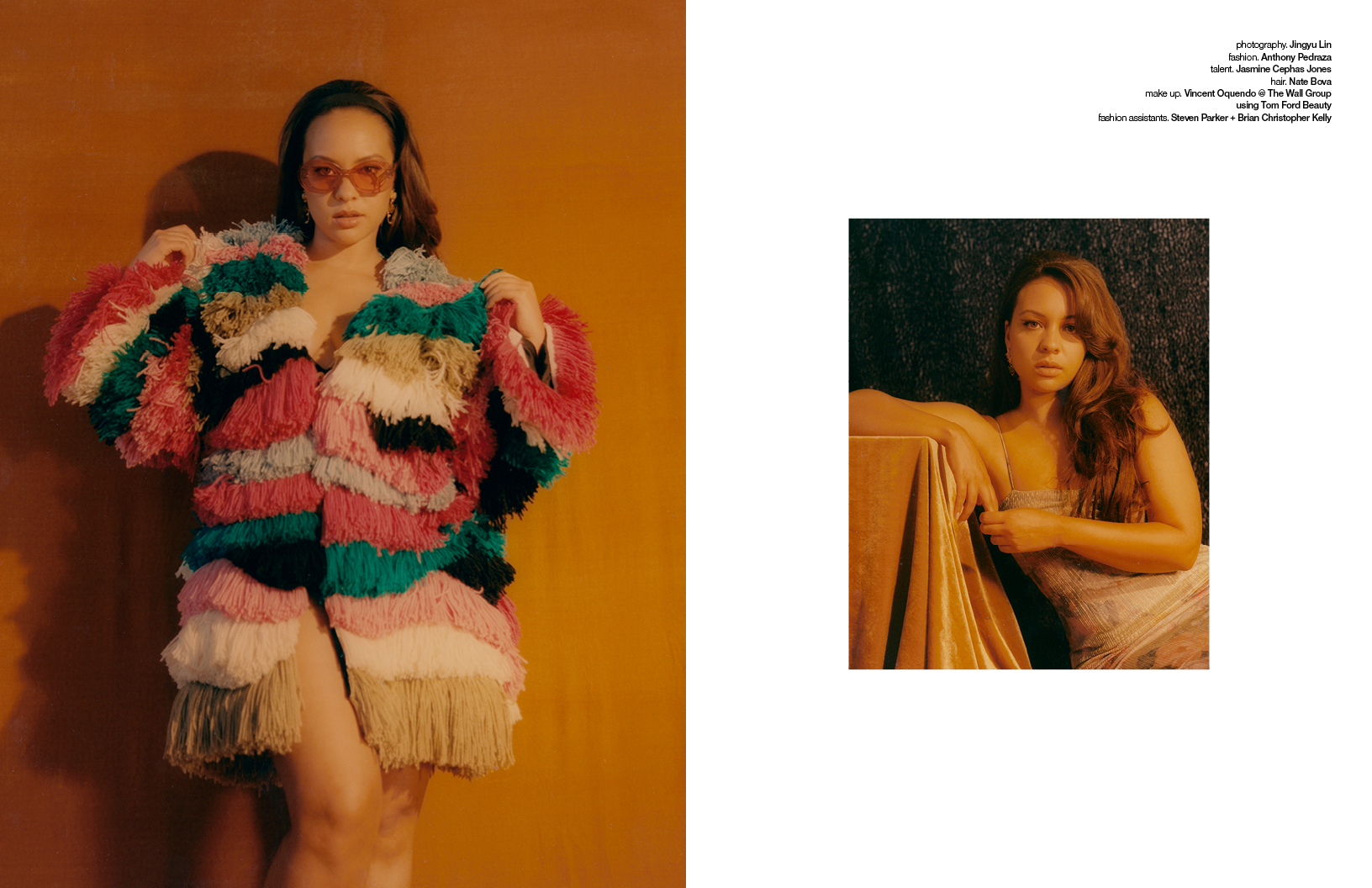 Blindspotting is currently airing on Starz.