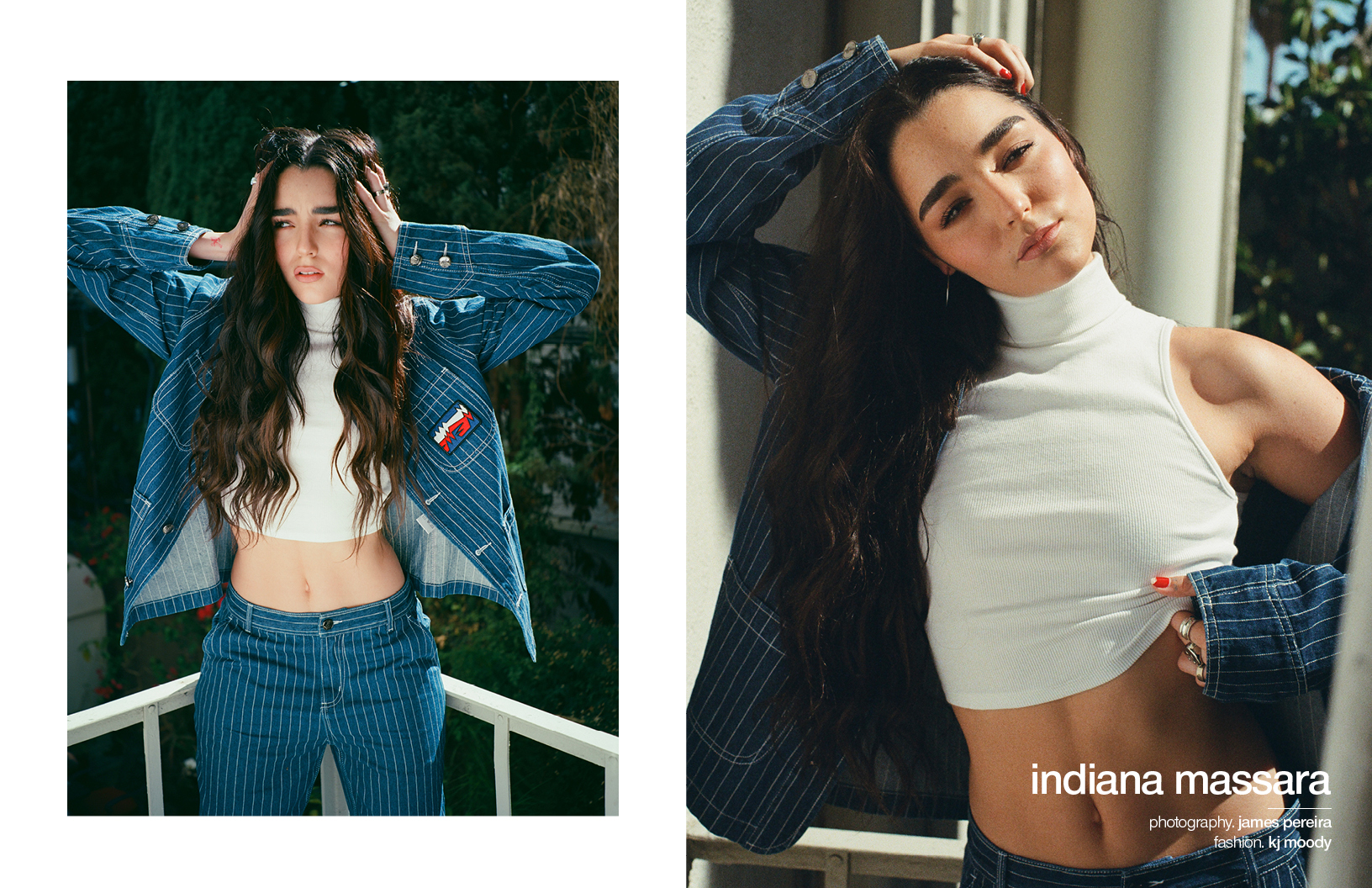 At just 18 years old, Indiana Massara has made quite the name for herself  — a name synonymous with boundless creativity, talent and reinvention. Through her work, the US-based Australian multi-creative has become an inspiration for young people around the world, connecting to them through her songs, films, videos, podcasts and more to prove that hard work and dedication can really pay off. Massara chats with Schön! about her latest film Hero Mode and her endeavours as a creative personality.

You’re from Perth! How do you think growing up in Perth influenced you, both creatively and personally?

I think I was able to grow up in a more family-oriented environment that was really grounded. LA is very work based and can be a little superficial at times, and my home instilled values in me that I am really grateful for.

What’s your favourite part about living in LA now?

I really enjoy the creativity and the hustle. It’s obviously a highly competitive environment, but everyone knows what they want and they go after it. That can sometimes be viewed as a bad thing, but I actually like it. I like the mix of eclectic personalities that LA presents on a daily basis. 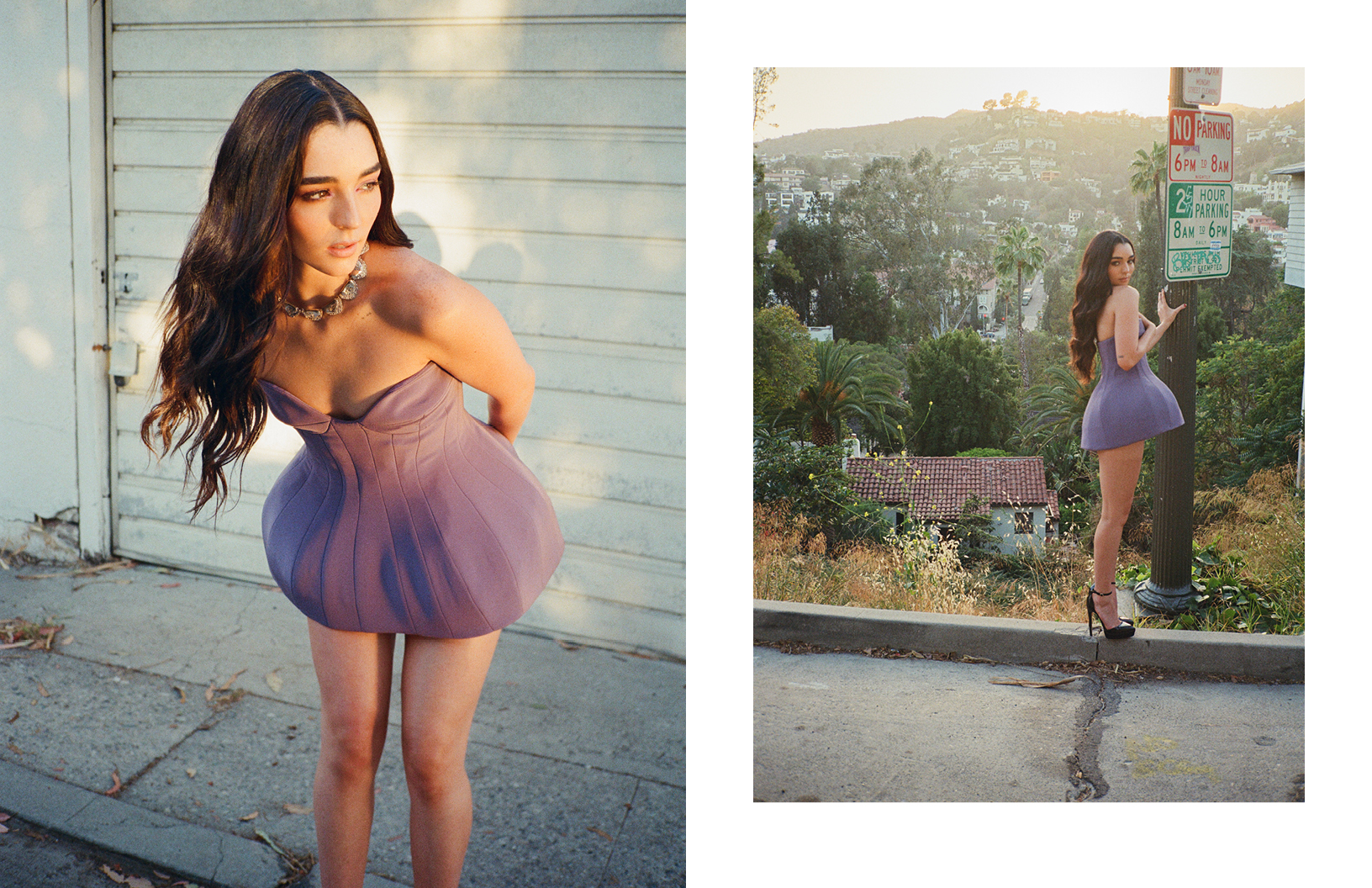 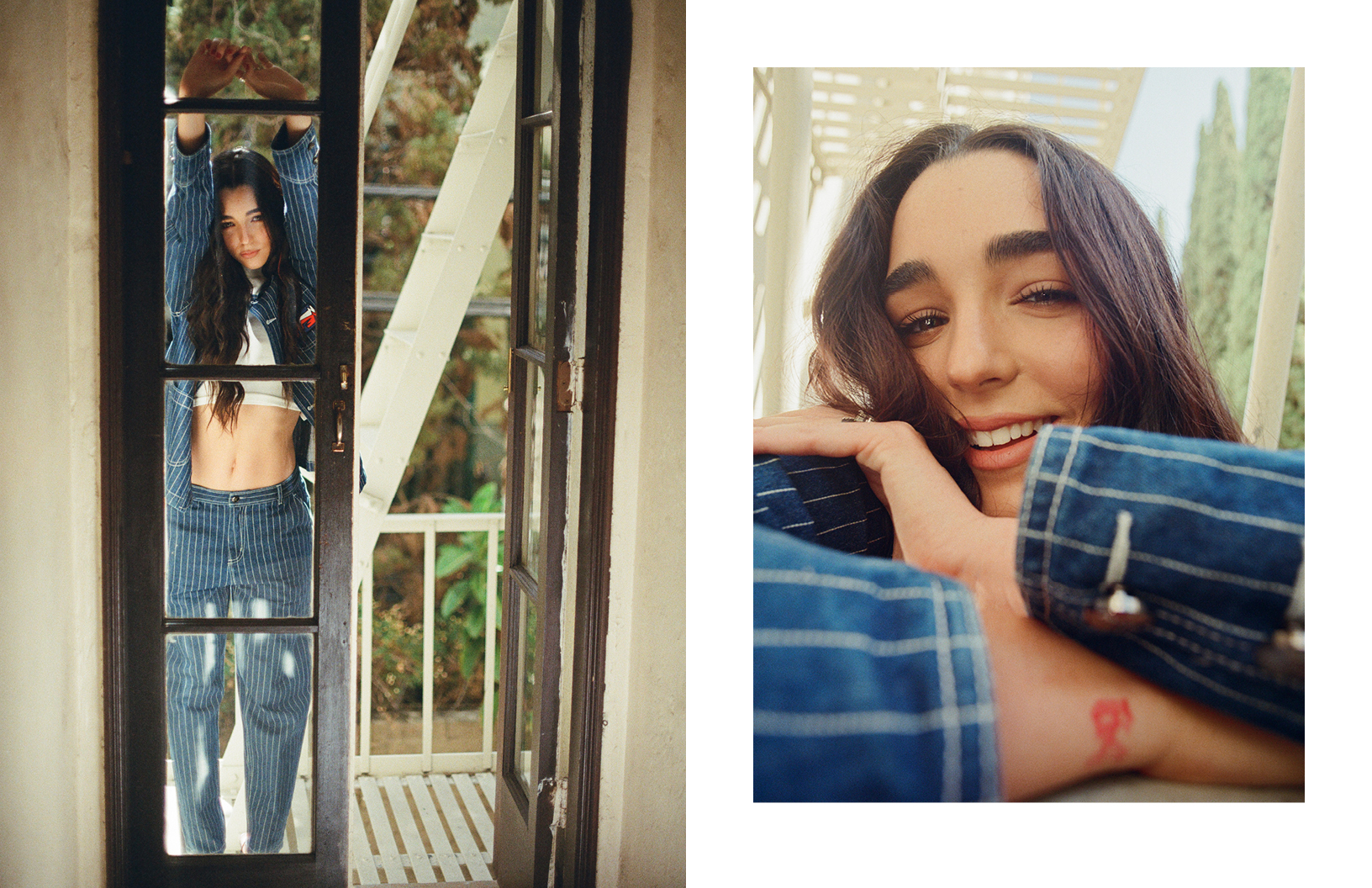 You have a widespread online presence, from YouTube to podcasts and more. When you feel creatively uninspired, how do you find ideas for such a wide range of content?

I get out and I just talk to people. I just try to experience life from a different angle. Sometimes my work can trap me in one place for too long, so I take a week and just go and work from somewhere different. It’s like a reset for me.

You were recently in the film Hero Mode. When you were first pitched the role, what did you think of the film and your role, Paige?

I really liked the script. I met the director, AJ Tesler and the lead, Chris Carpenter during the chemistry read and I felt at ease right away. I thought that the script had a unique approach towards both classic teen conflicts and also learning to work as a team. Paige is very different from who I am as a person, so I was up for the challenge of playing someone new for a bit. 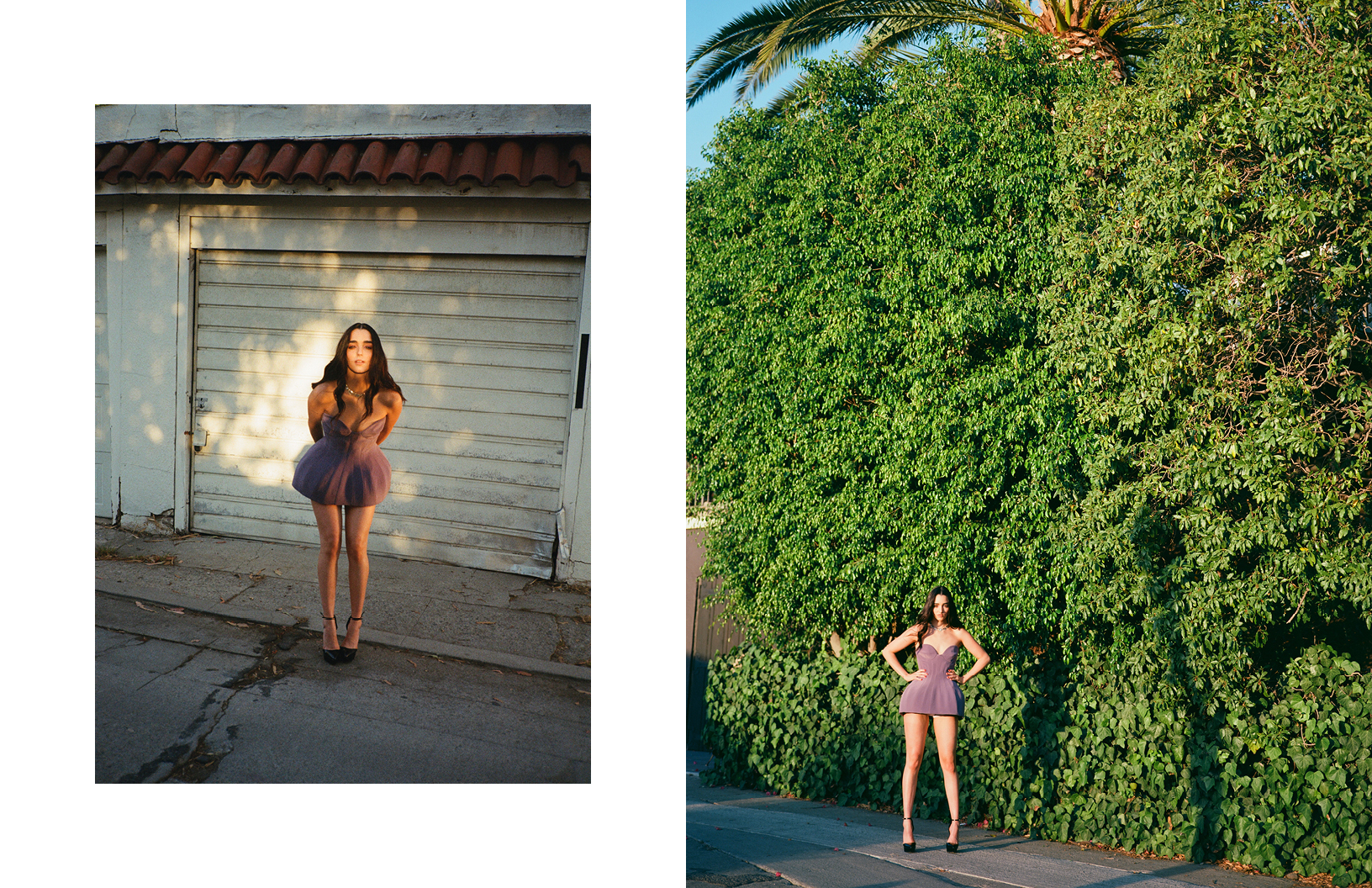 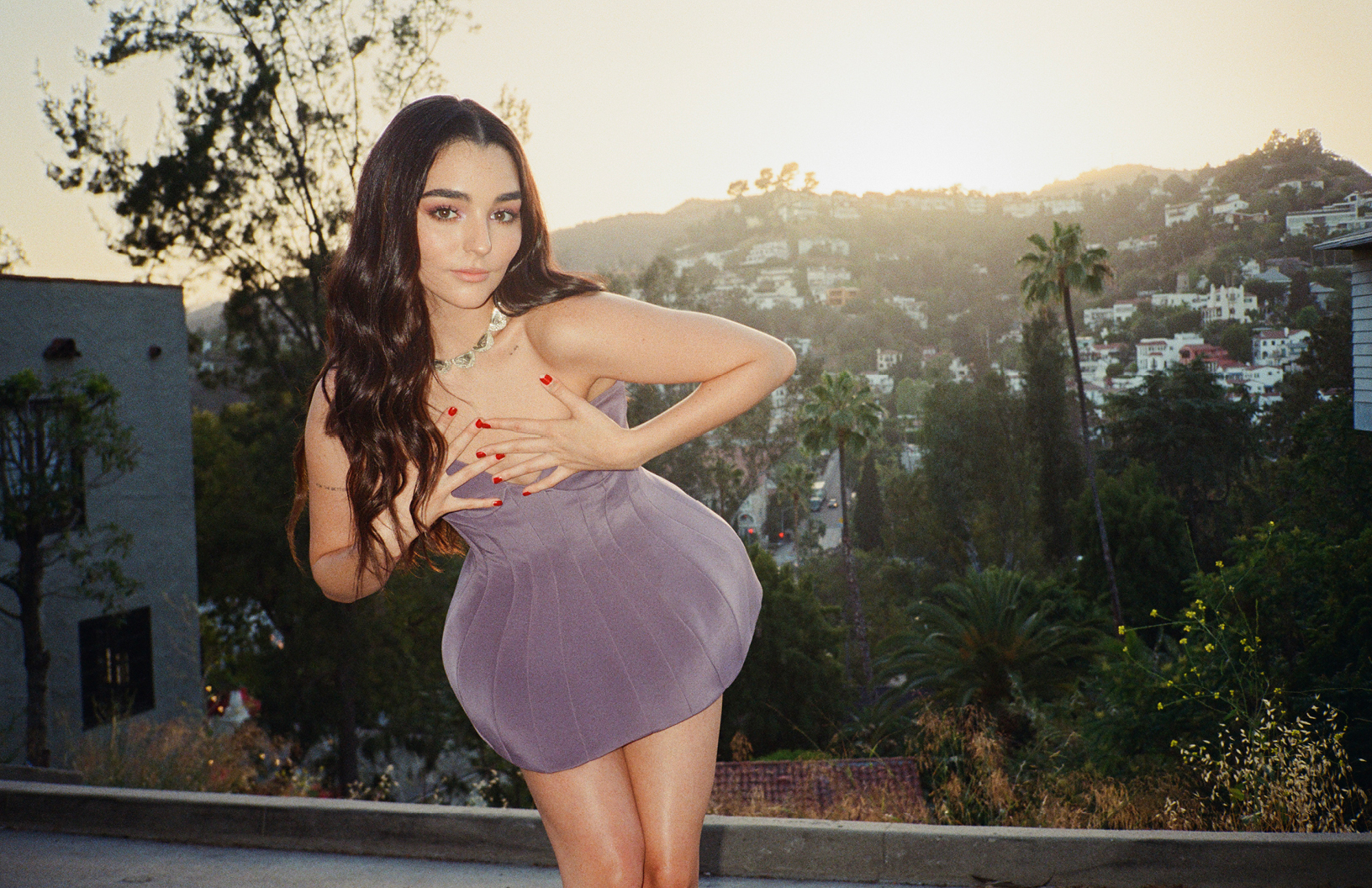 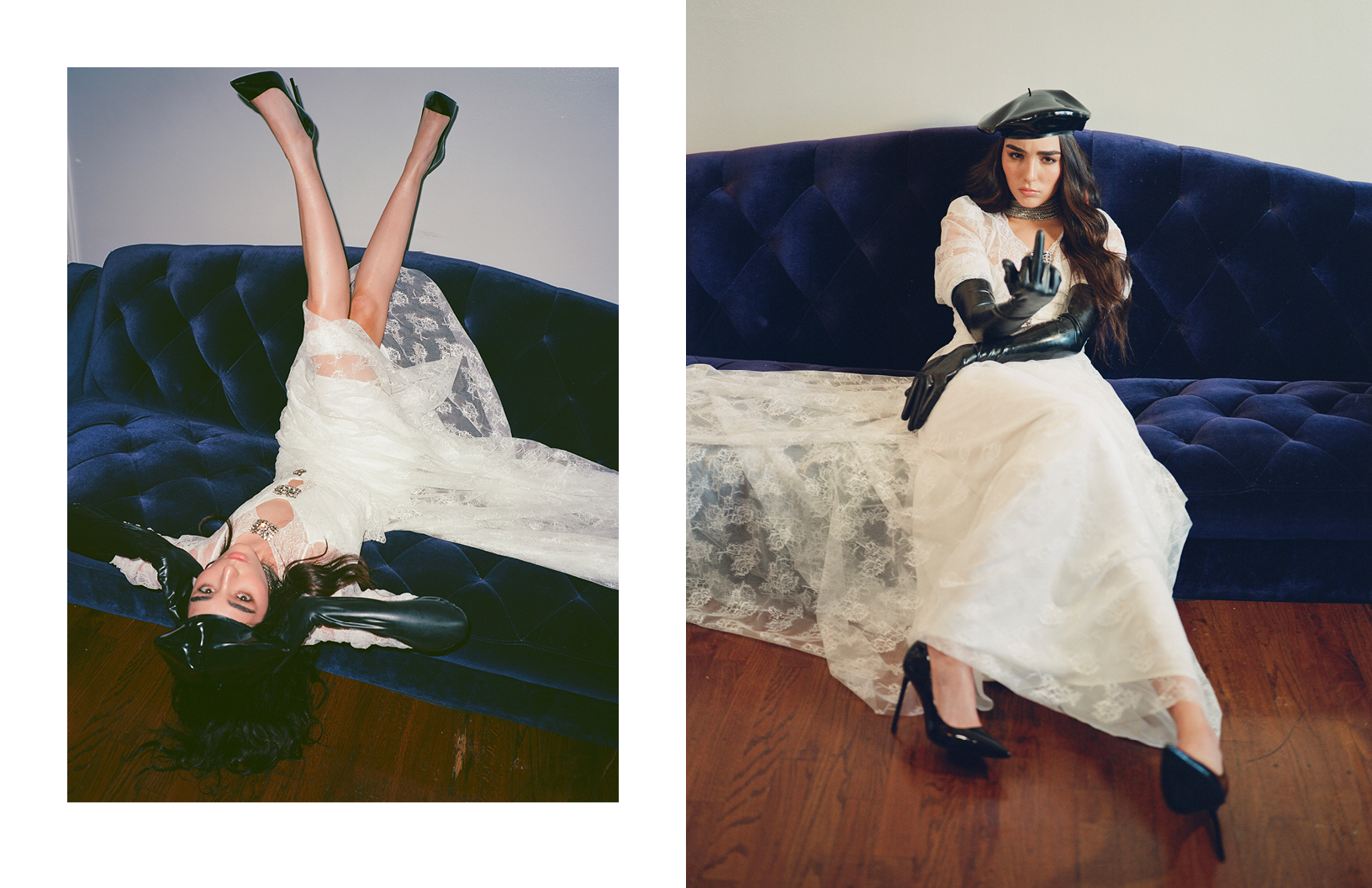 What was the funniest on-set moment from the making of Hero Mode?

I honestly could not pick one. I was surrounded by such incredible comics and actors, so every single day was like a live comedy show.

Similarly, what was the most memorable part of making Hero Mode?

Watching Sean Astin, Mira Sorvino and everyone else at their craft. I felt so lucky to work with people at that elite level and I wanted to take advantage of that and really learn from them. I watched as many scenes being shot as I could, even when I wasn’t in them. The way they were so consistent, and witnessing their acting choices firsthand and seeing how the director reacted to them. Sean in particular was really helpful with career advice, and I am truly grateful.

Do you have a dream acting role, or a kind of part you’d like to play?

It sounds cliché, but I honestly think that any role I get is a dream role. I’m just a girl from Australia and I never thought I would see myself on the big screen, so any role I get I really appreciate and put my heart into. 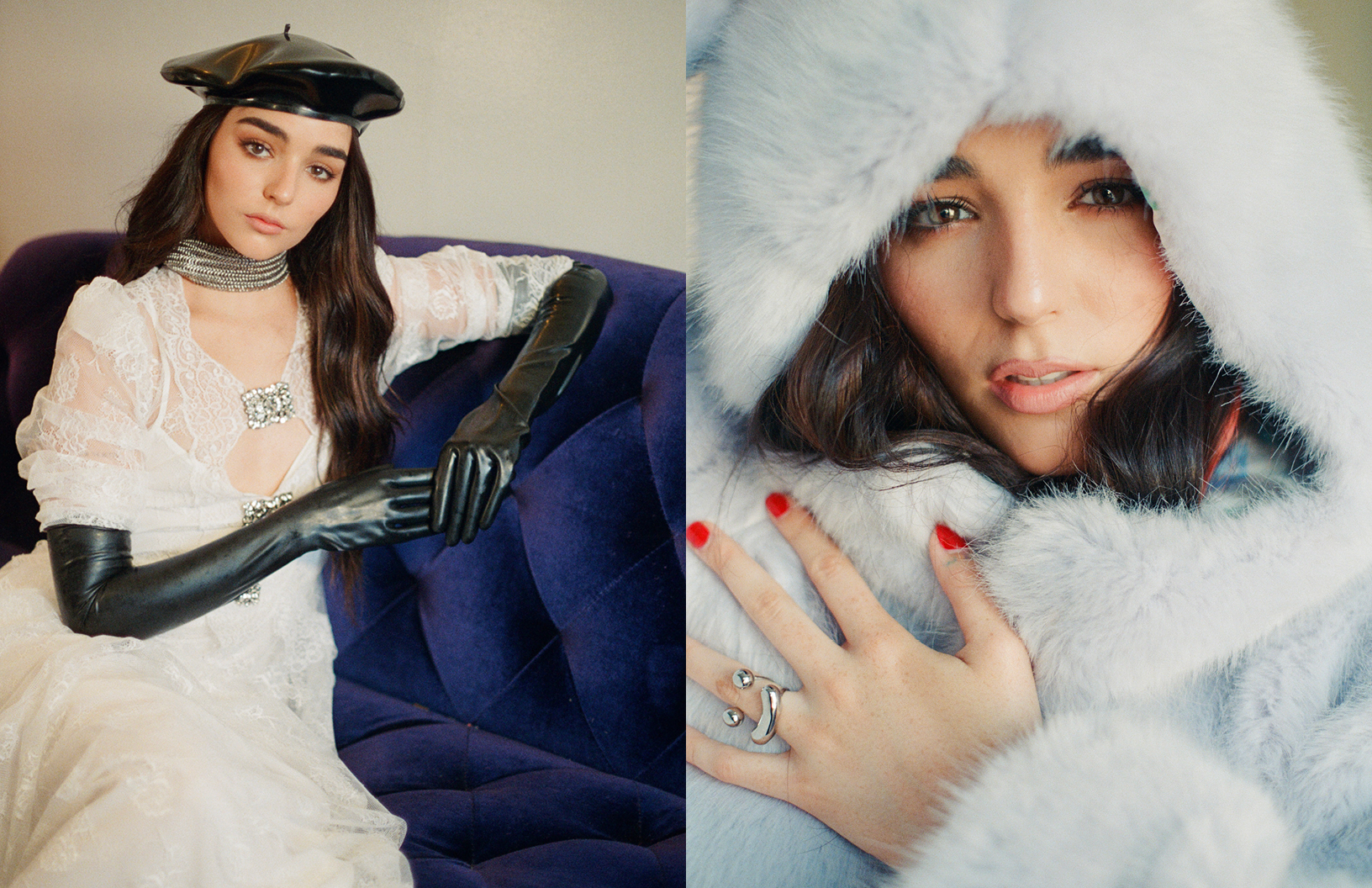 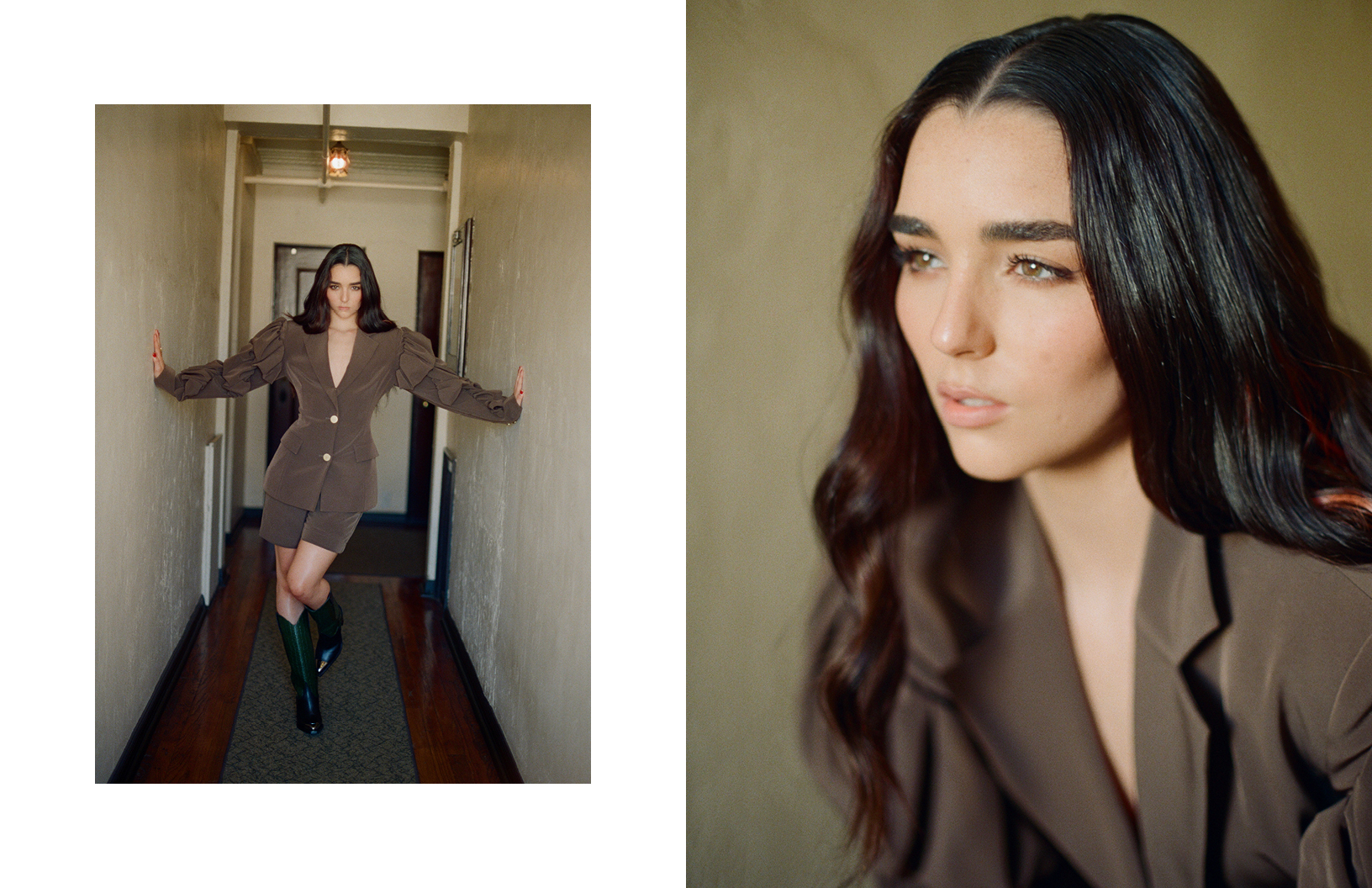 You’re also a mega-talented musician! Do you have any specific rituals before recording or writing a song?

Thank you! I like to write my thoughts in a note on my phone when I’m going through something. Sometimes bringing up a past trauma or stories that are emotional can side-track you, but my notes take me right back to the place I was at the time, and I channel that into my music.

Which song of yours do you feel particularly attached to? Why?

Say It Back. It was definitely a story that was current for me at the time. I also loved the storyline in that music video.

What have you been listening to lately?

The Beatles! I recently rewatched the movie Yesterday and it reminded me of how great the music was. 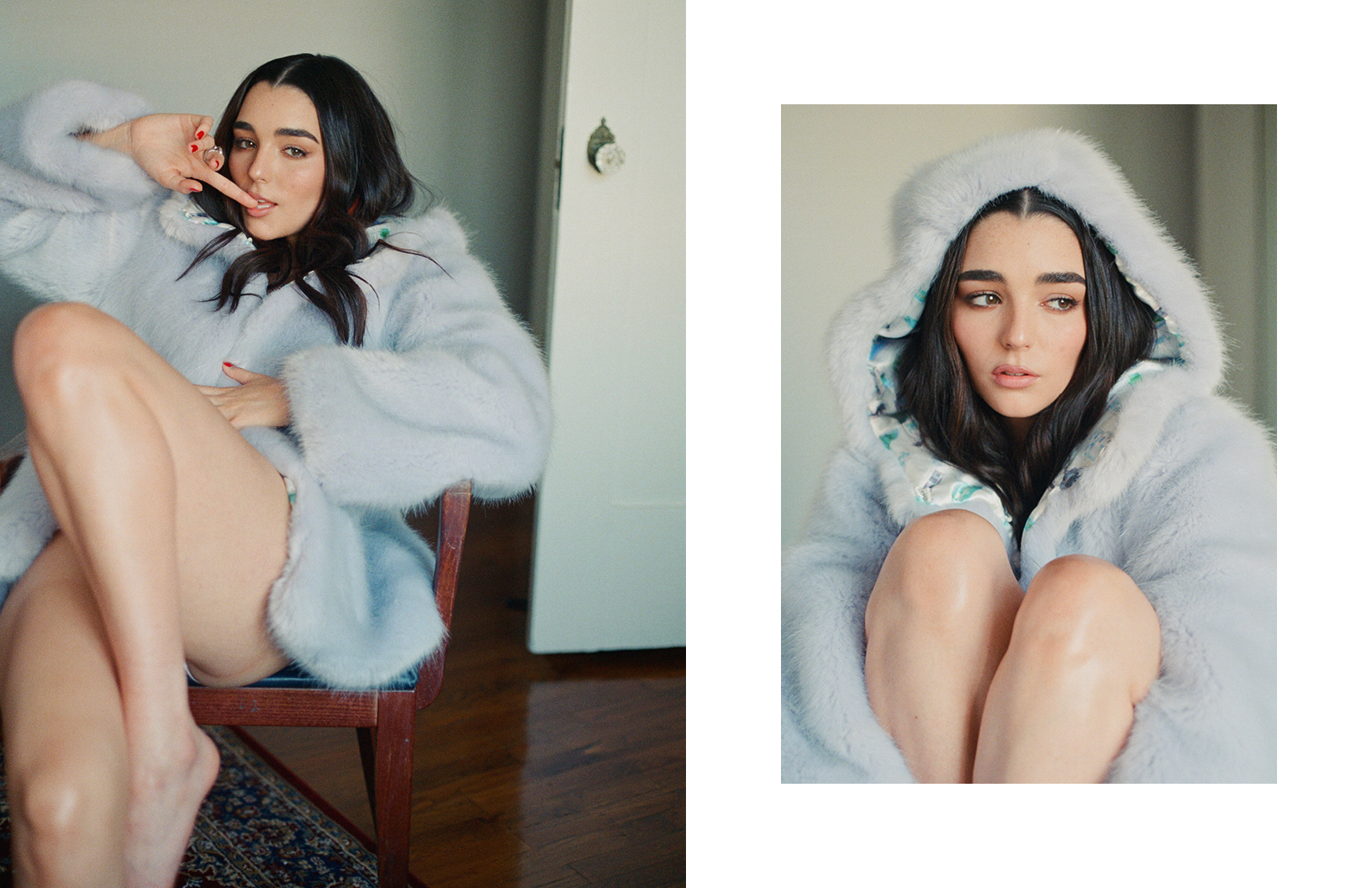 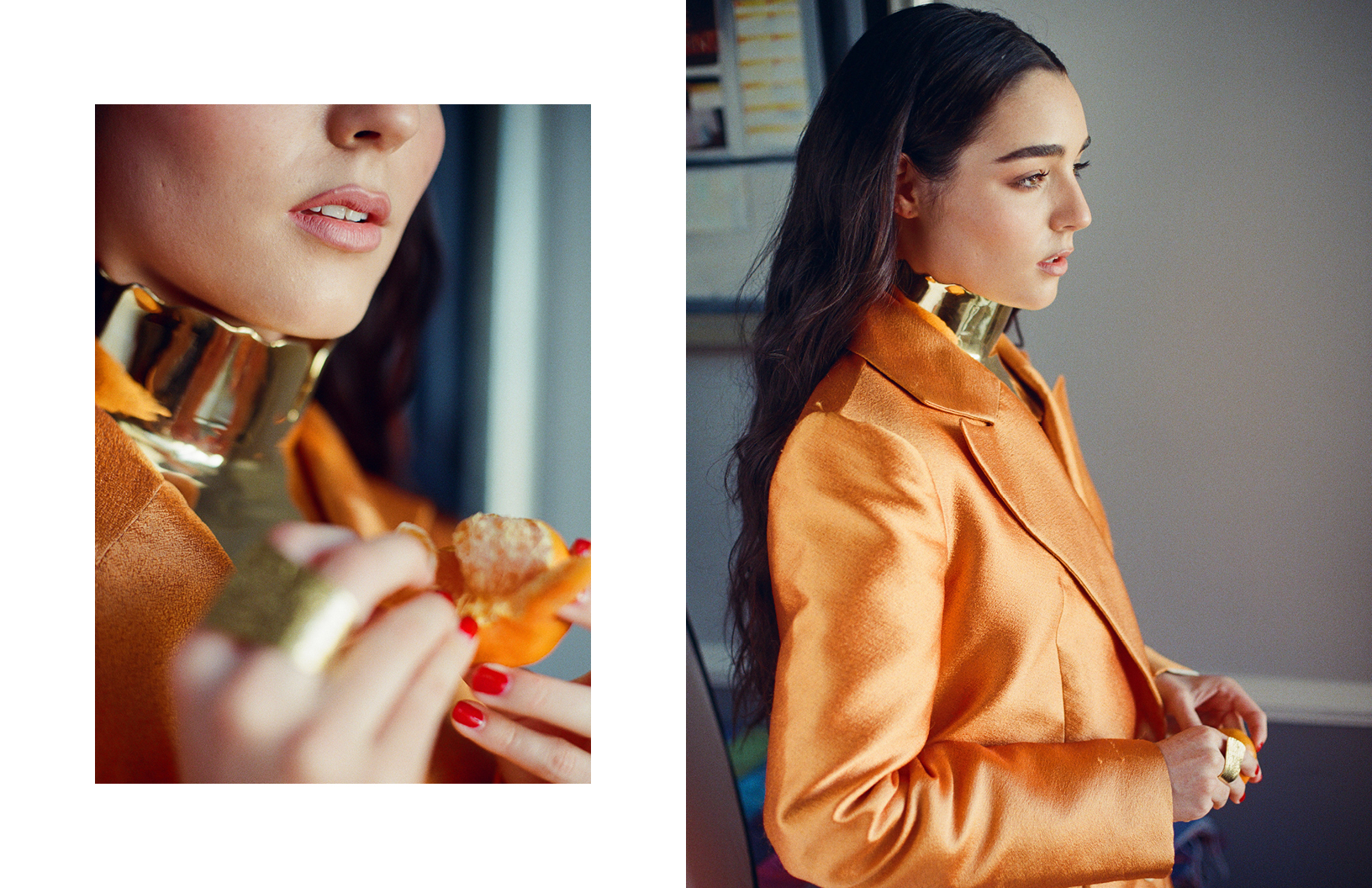 You’ve said red is your ‘power colour’, but now that it seems to have taken over your feed and life. What role does the colour red play in your life — literally, spiritually, etc.?

Honestly, it played a really strong part in my life and early social media, but I feel like it’s blocking my creativity now, and I think it’s almost time to say goodbye.

You already have a broad range of talents, but is there any talent or skill you want to explore more, or learn more about?

I would like to explore track and focus on my fitness more. I used to be heavily into athletics, and I loved it. I wanted to be an athlete before I was an actor, and my dream was to go to the Australian Institute of Sport. I want to get back into it soon, I think. 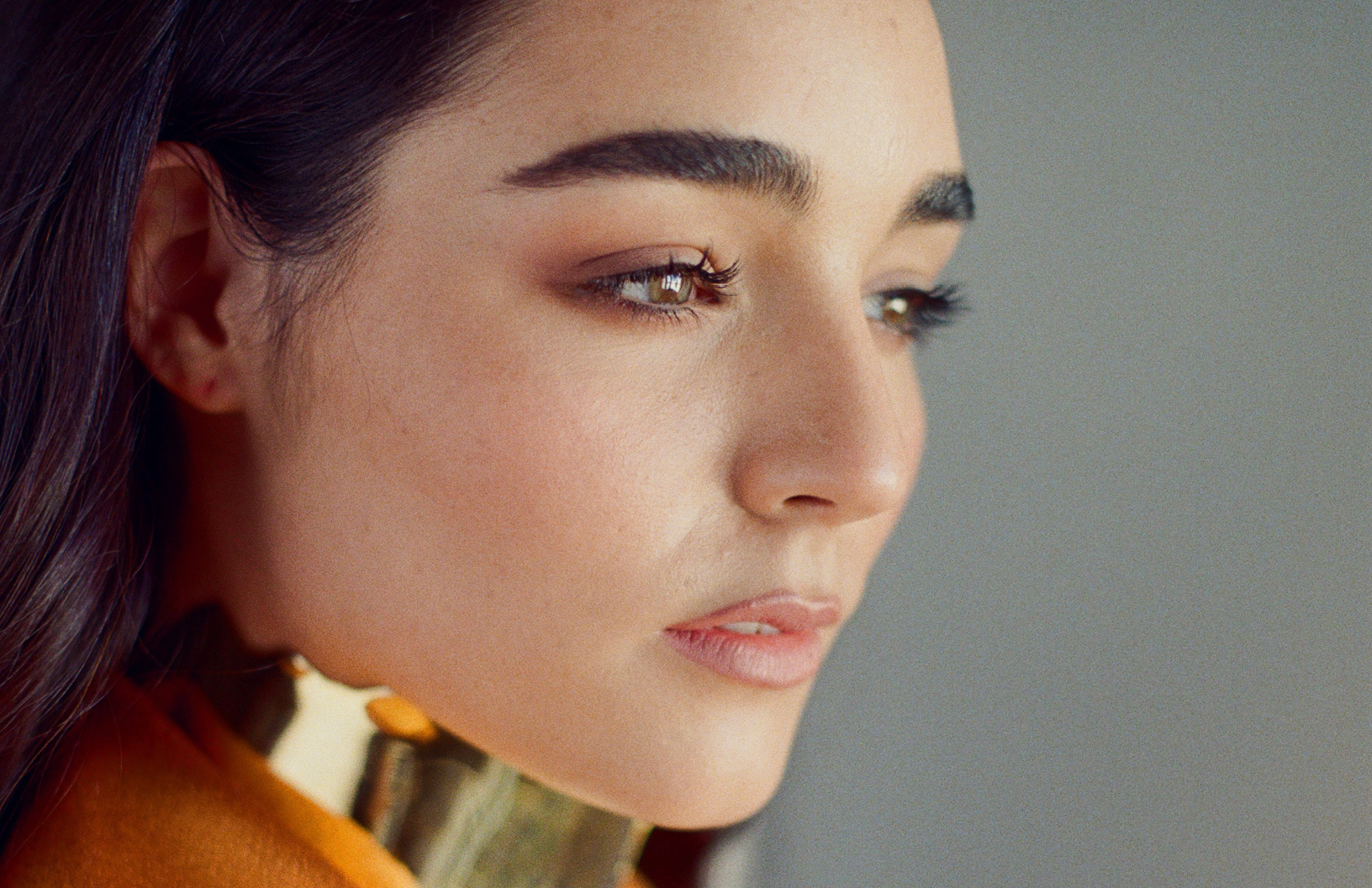 What’s next for Indiana?

I’ve just had the opportunity to film an incredible feature film with Rudy Pankow, Khalil Everage, Ashley Nicole Williams, Nick Turturro and more. I’m so excited to see how it all turns out, but the cast and crew were all such amazing people that I know will be in my life long after the movie is seen.

I’ve also just booked a great 10-part audio series with a script that will blow everyone away. It’s genius in its creativity, but also incredibly relatable. I also have new music coming out soon that I hope everyone loves because it’s a little different, but also the one that is the most ‘me’ ever. 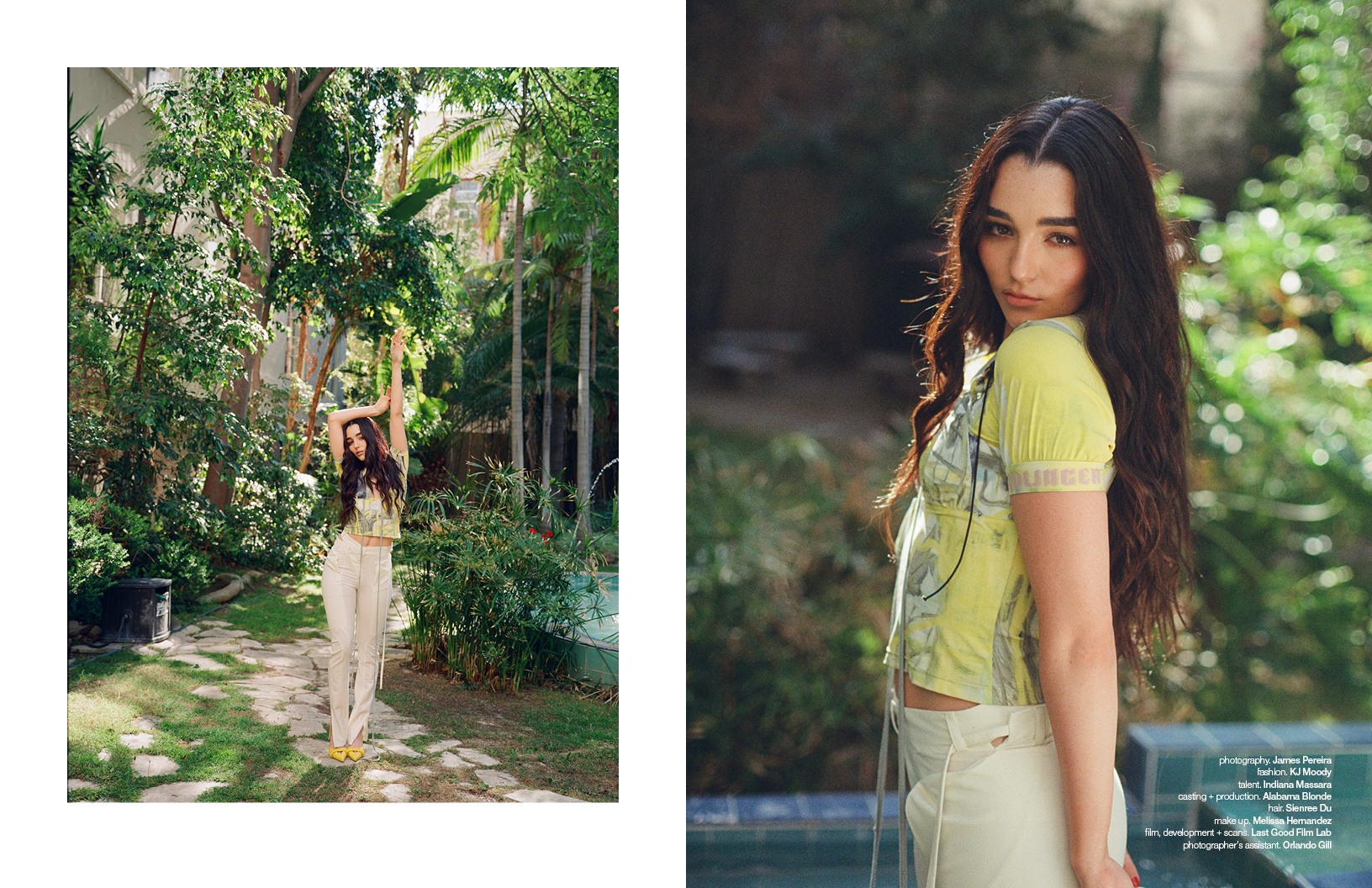