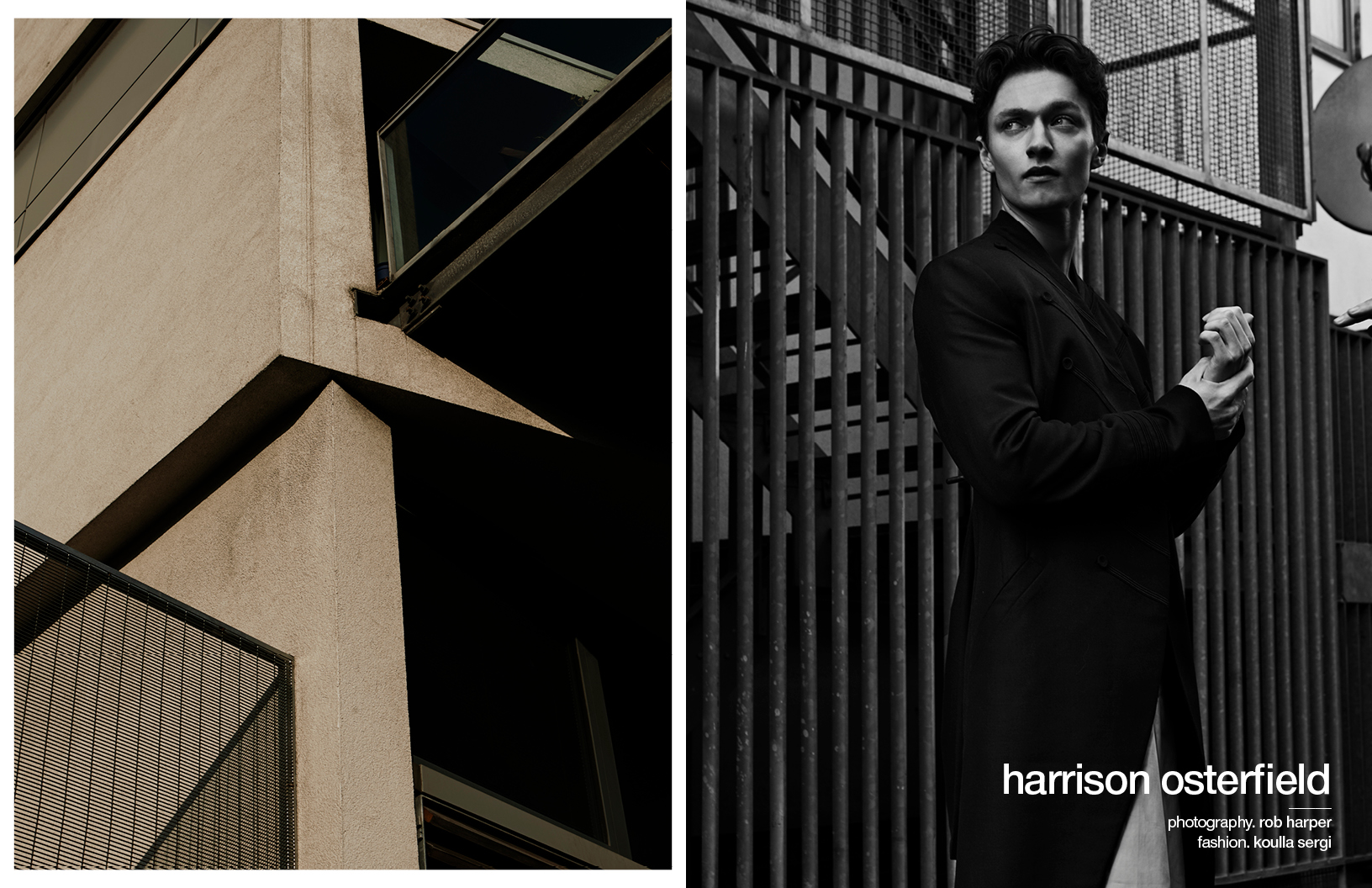 Netflix-binging has been a coping mechanism for many during the unprecedented events of the last year. From Tiger King to Bridgerton, audiences have been thoroughly entertained by the streaming giant’s plethora of gripping storylines and binge-worthy reality TV. Now, The Irregulars is set to join this list of standout Netflix shows.

With the release of this series, which offers us a fresh look into the world of Sherlock Holmes through the eyes of a band of unlikely teens, comes a wonderful cast. Amongst the show’s lineup is breakout star Harrison Osterfield. In the gripping crime drama, Osterfield steps into the role of Leopold, the whip-smart youngest son to Queen Victoria as he navigates Victorian London. At just 24 years of age, The Irregulars furthers Osterfield’s already impressive career. The young actor sat down with Schön! to discuss everything from his upcoming Netflix debut to his hopes for his acting future.

First of all, congratulations on the release of The Irregulars! Can you tell us a bit about what viewers can expect from the show?

Thank you! The Irregulars is a new Netflix original Sherlock Holmes series set in 19th century London, and it follows five teens as they tackle a variety of strange mysteries presented to them by Dr. Watson. As these ‘irregulars’ get more and more involved in the horrors of London, they realise something much more sinister is going on, and they have to keep on their guard. It’s fresh, it’s creepy, it’s got some supernatural elements and it’s also very entertaining! There’s loads of humorous moments, which will definitely have you laughing, but you need to keep on your toes because there might be something a lot darker waiting around the corner. 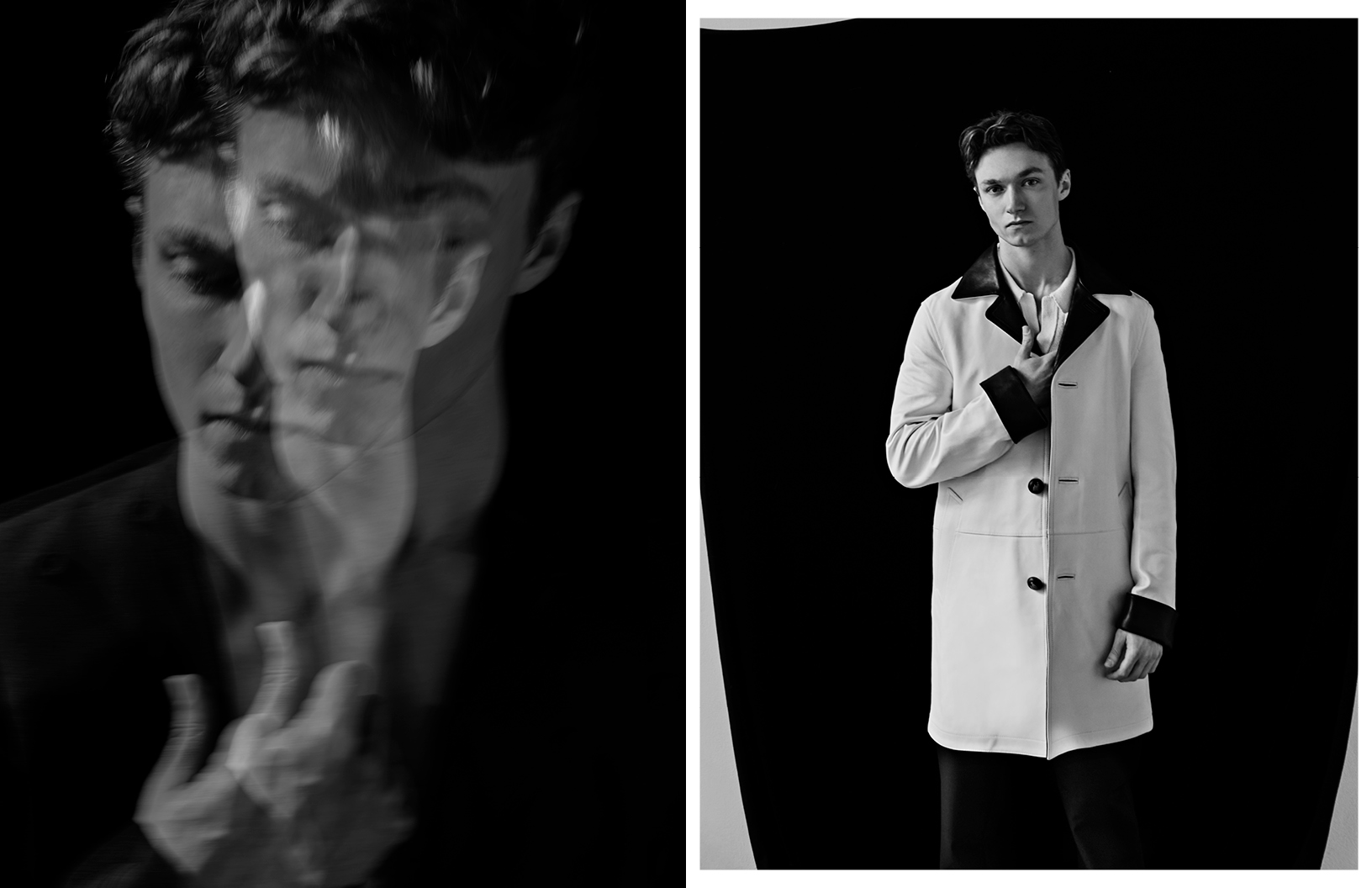 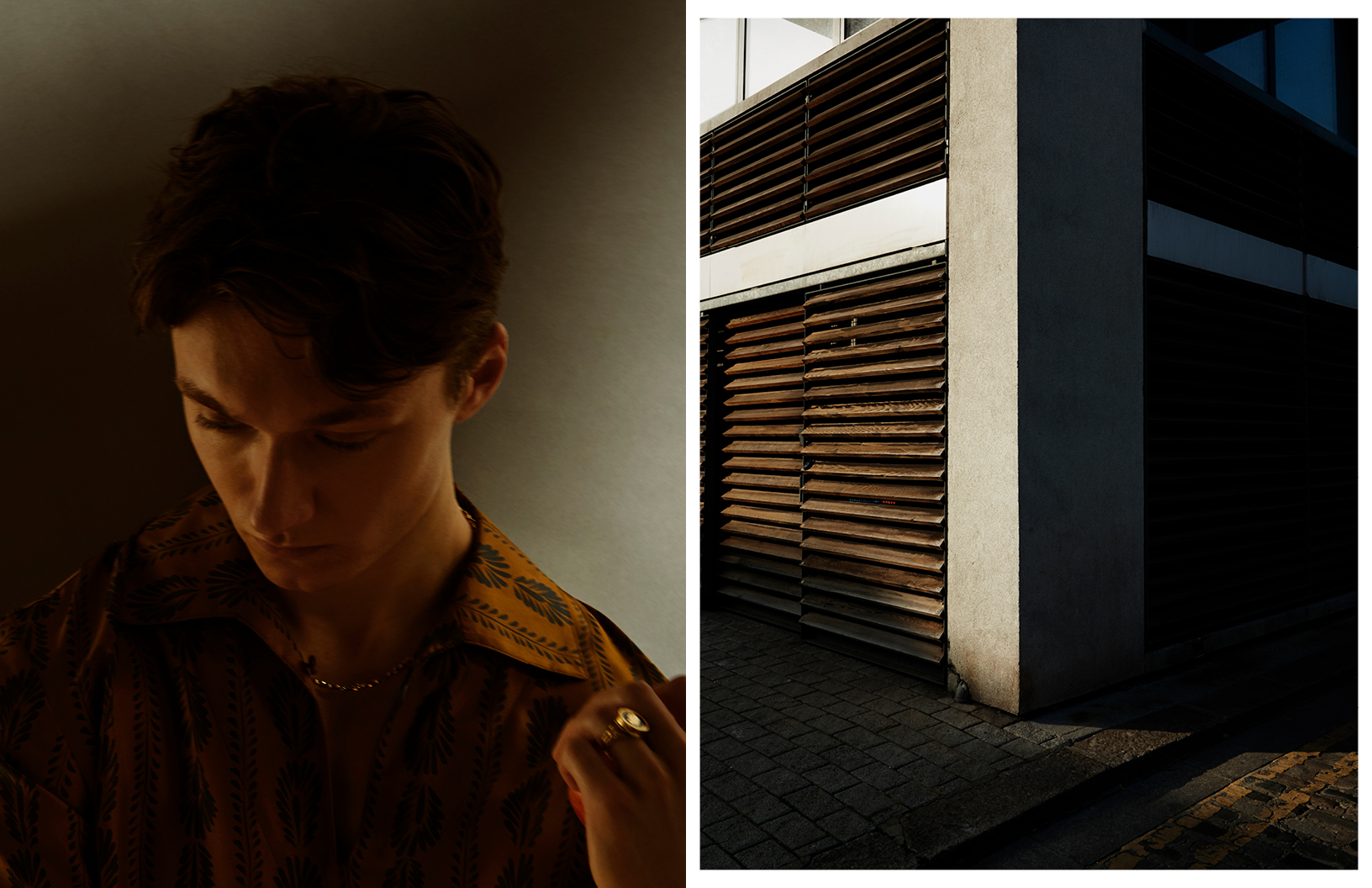 When did you first realise you wanted to act, and who were your biggest inspirations along the way?

I first started acting in secondary school back when I was about 13. I joined the drama group in order to try and impress a girl who was in the same class. She wasn’t interested in the end, but I started enjoying theatre more and more, so thought maybe I should give this a go! Rowan Atkinson was someone I looked up to when I first started out. I found it amazing how he could make people laugh, cry, and be empathetic without even saying a word. As I was quite a shy kid, it gave me a bit of confidence that you could still draw people’s attention and convey emotion without being the loudest kid in the room.

We know you studied at The BRIT School. What was that experience like? What was one of your biggest takeaways from this education?

It was a pretty crazy experience, to be honest. Coming from a very academic boarding school to going into the wild, free spirit of the BRIT School was quite a big change. It’s an amazing performing arts school that caters to actors and loads of other creatives as well. I think a massive thing for me was being among like-minded people wanting to make a career out of their passion. As theatre resources were limited at my previous school, it was amazing to be able to learn and grow as an actor every day of the week at BRIT.

Let’s return to The Irregulars. Can you introduce us to the character of Leopold?

Leopold is Queen Victoria’s youngest son, aka Prince Leopold. He’s a kind, witty, and incredibly smart 17 year old. Although, due to some underlying health conditions, he has been kept inside at Buckingham Palace his whole life and never really experienced the outside world. His one wish is to leave the palace and meet people his own age. On his birthday, he gets to leave, and this is where he encounters the other Irregulars. He chooses not to let the others know about his royal stature or his ailments in the hope to be seen as a normal teenager.

What preparation did you do to step into Leopold’s shoes?

The first thing I noticed when reading the script was how incredibly well-spoken Leo was, so in order to get into that mindset I spent a lot of time with my grandad as he is the most kind, perfectly mannered man I know! Luckily, he is incredibly fit for 89, which meant for the physicality side I needed to do my own work. When I moved up to Liverpool for the shoot, I bought myself a little collapsible walking stick and was practicing walking up and down the hotel corridors to get a sense of Leo’s physicality. 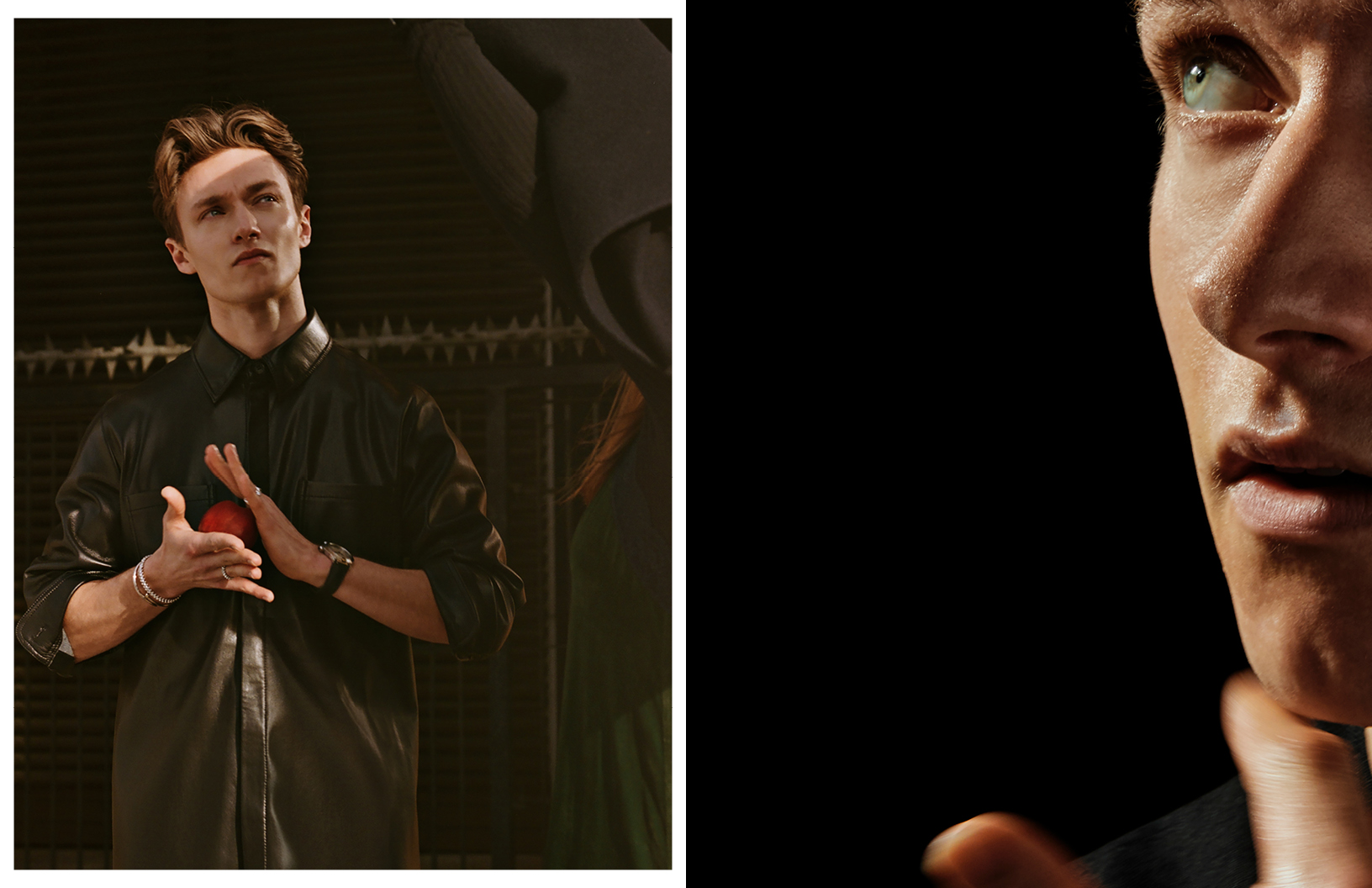 Do you think you share any similarities with your on-screen character?

We both have very big families! I’d say Leo has definitely read a few more books than me, but I’d like to think we share the same values on kindness and friendship. Although, he seems to prefer getting mucky and dirty outside of the palace as it’s a new experience for him. I think I’d much rather prefer to stay clean!

The Irregulars is loosely based around the Sherlock Holmes series. Have there been any pressures that have come with putting a modern spin on a beloved series?

I think if this was a standard remake of one of the Sherlock Holmes adaptations we’ve seen before I would say yes, but I don’t feel that is the case here. The Irregulars are briefly mentioned in one of the old Sherlock books, but our showrunner, Tom Bidwell, has done an incredible job focusing on a story we haven’t seen before. It feels fresh and unique. It’s also a very different Sherlock Holmes to what we’ve seen in the past. He’s at his lowest point delving into drugs and addiction after failing to solve the mysteries he once could. I feel very lucky to be part of a series that is going to push boundaries and break stereotypes of what we’ve seen in the past.

What has it been like filming a new show amidst a global pandemic? Have there been any unexpected challenges that you have faced?

It was tough! We originally were due to finish last March and had two weeks left of filming before the shutdown due to COVID. When we came back in October to finish the series, it was amazing to see how quickly crews and production teams were able to adapt to the new protocols. On set we were only allowed to interact with certain departments and travel in one way systems, and then we were also tested twice a week. The paramedics carrying out all the tests were amazing, and I know as a cast we were very grateful to be able to finish the project safely.

It is safe to say that you have a very supportive fanbase following you on social media. What do you think it is about your content that they love so much?

I really don’t know! I’ve been so lucky to have people following what I’ve been up to since I came out of drama school. I think it just started out with videos of me being this goofy kid, having the time of my life travelling the world. Now, as I’m starting to get into bigger and deeper waters, especially with this next job coming out, it seems people are getting more of a sense of who I am and what I want to achieve in this industry. I’m extremely grateful for everyone’s support online and can’t wait for people to see what lies ahead in the next five years. 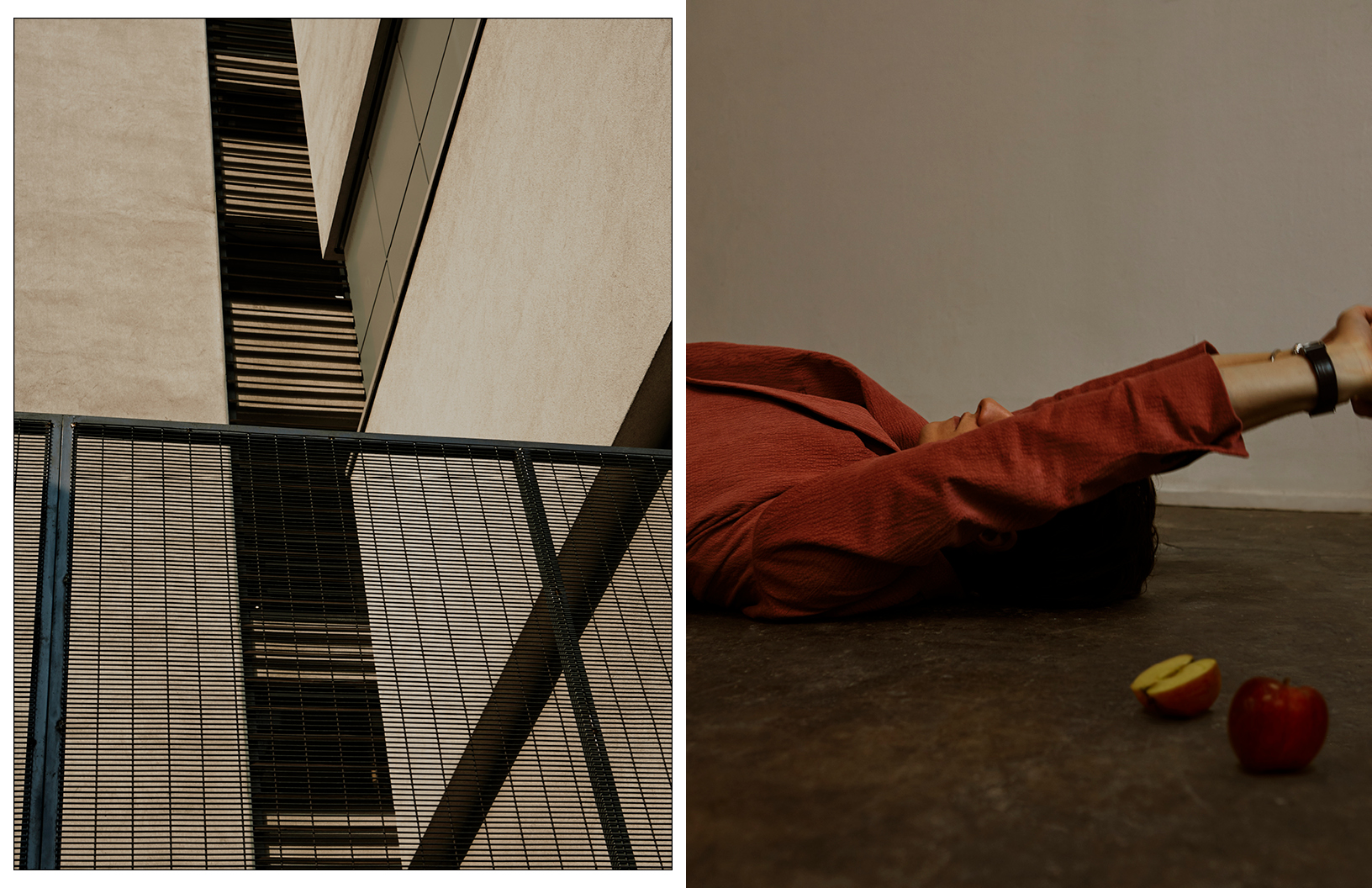 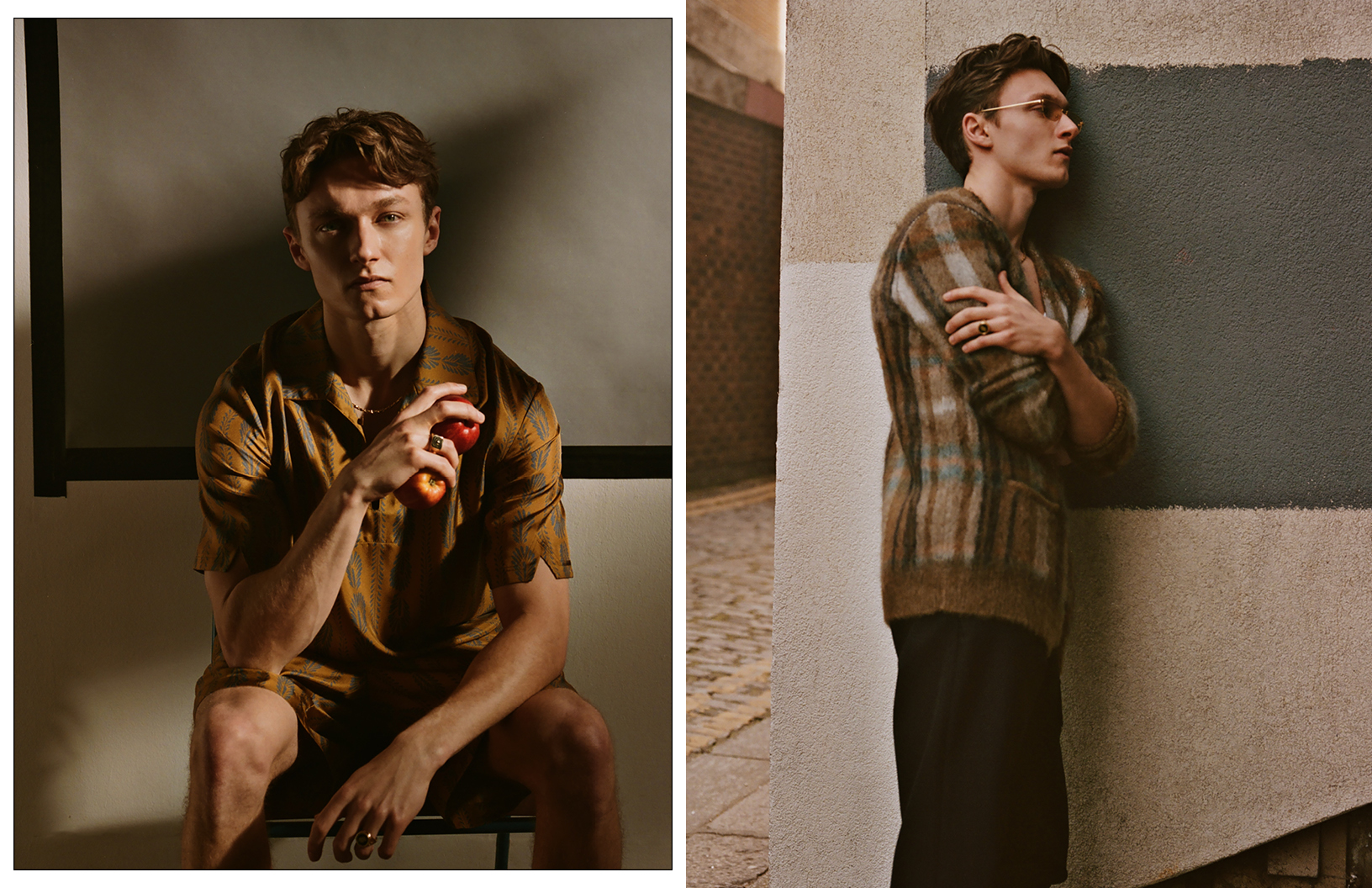 What does a typical day in the life of Harrison Osterfield entail these days?

I feel like I’ve tried every lockdown activity there is. I’ve been doing yoga, baking, exercising and Zoom cocktail seminars just to stay sane. It’s actually been really fun! I’ve just moved into a new flat in London, so it’s been quite entertaining becoming an interior designer for a bit as I’ve been spending most of my time at home. My flatmate gets a bit confused when he comes home from work, and I’ve changed the living room set up AGAIN just to “see what it’s like.” I think I’ve changed it around at least 3 or 4 times. Electrifying stuff.

Who would be your dream co-star, or someone you’d love to work with soon?

I watched a film a while back called Thunder Road, which is written, directed and starred in by Jim Cummings. It’s an incredible performance piece, and Jim has 2 or 3 Oscar-worthy monologues throughout the film, which I thought were incredible. I’ve been following his career for a while now and love the style of his work. I think doing an independent film with Jim Cummings or just working alongside someone as talented as him is definitely on the wish list.

Aside from The Irregulars, do you have any other projects that you are working on or any that you would like to throw yourself into soon?

Currently, I’m just focused on The Irregulars release at the moment, as it has been such a long project in the making, but that’s not to say I haven’t set my sights on some projects that I’d love to do next. For me, I’d love to play a darker, more ominous character sometime soon, as not many people have seen me in that kind of material. I did a play in London once where I was a really horrible character, a twisted cyberbully. I remember coming out after the show to my family asking what they thought, and they said, “Yeah, I don’t think I’ve ever seen that side of you before; it was quite scary.” Something along those lines would be interesting I think. Sky’s the limit. 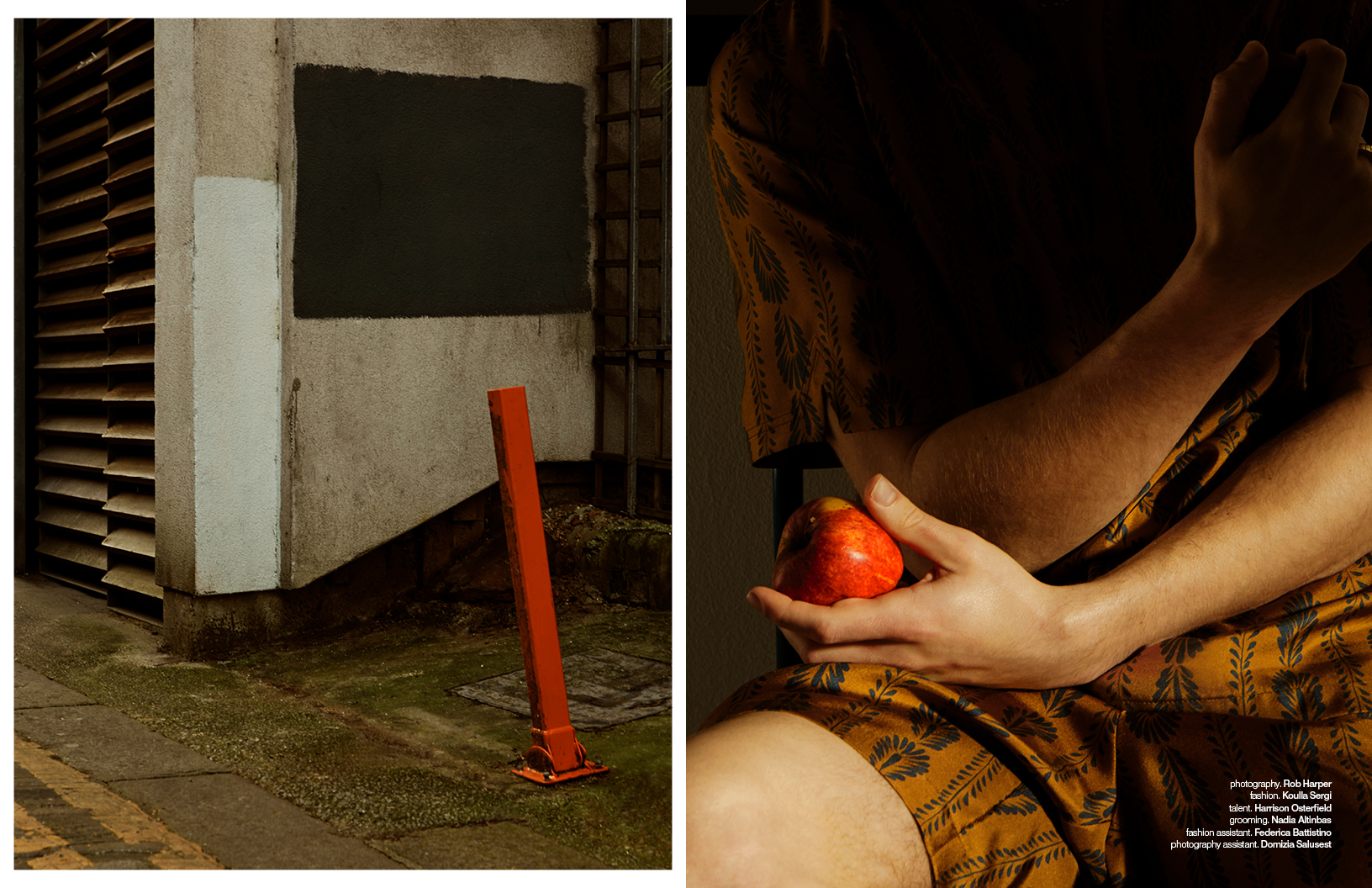 The Irregulars is currently streaming on Netflix.