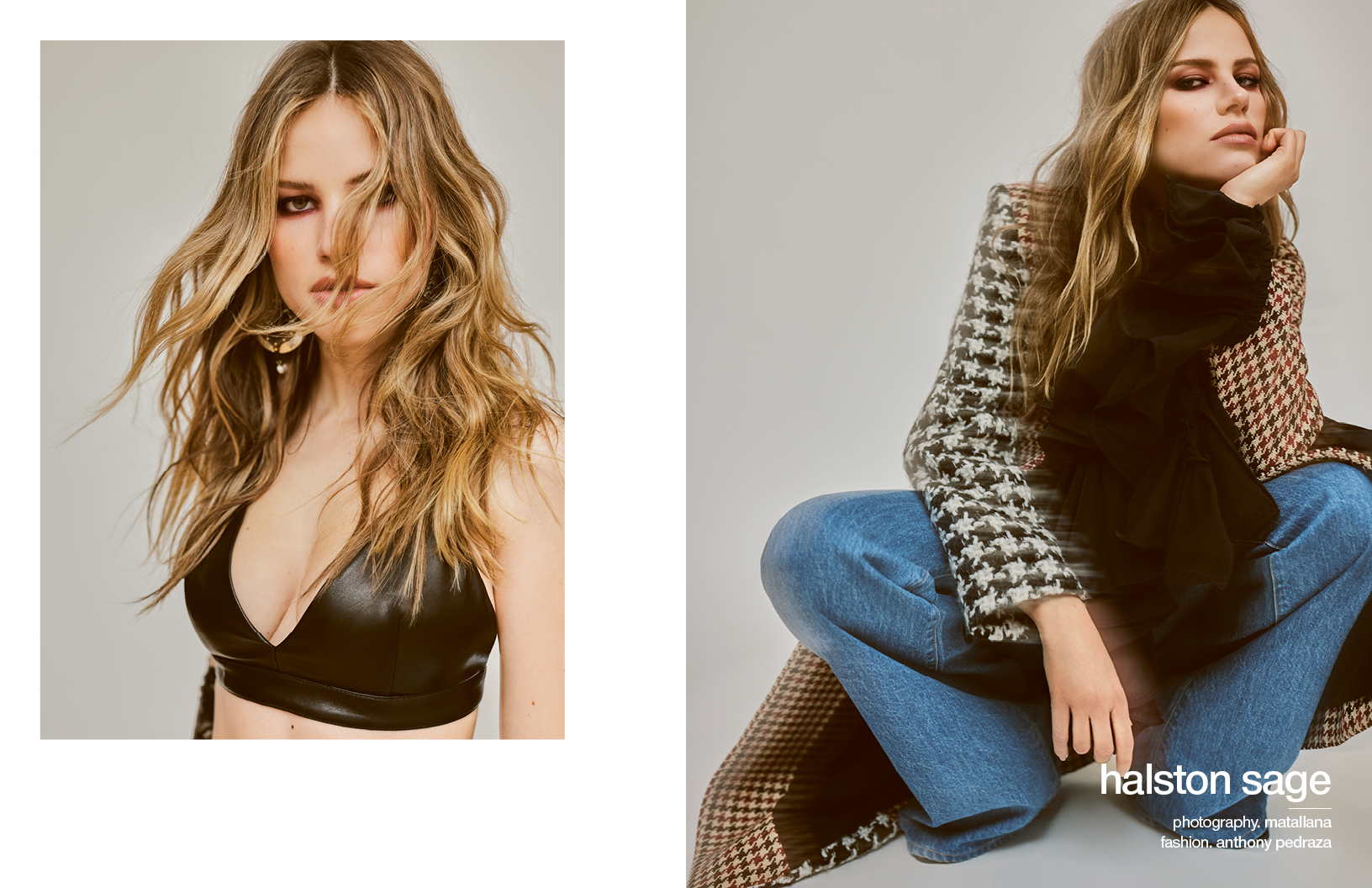 As one of the stars of Fox’s Prodigal Son, Halston Sage is a powerhouse, commanding the screen with ease as Ainsley Whitly. This comes as no surprise — since her career debut in 2011, she’s honed her craft in films like Neighbors and Paper Towns alongside starring roles in shows like How to Rock and The Orville. Now, as Prodigal Son returns to FOX, Sage sat with Schön! to talk about the show, what we can expect next from Ainsley and her life outside the series.

You wrote a piece for Variety last year about your experience in quarantine. As you return to work and more people are receiving vaccines, how have your fears — and everyday routines — changed?

I wrote that piece in March 2020. At the beginning of the pandemic, there was so much unknown to us, and we were all learning how to live in this new reality. A year later, we have answers to a lot of the questions we had back then. I’m so appreciative of the science and medicine that has been developed over the last year because it has allowed us to get back to life in a safe way that I think we all are much more comfortable with.

You’ve been acting since you were young, but what about acting made you want to pursue it as a career?

What made me fall in love with acting when I was younger was the idea that I could make someone laugh. The ability to entertain people and give them an escape through TV or film is very powerful and therapeutic. I’ve also always loved telling stories and looking at life from someone else’s point of view. 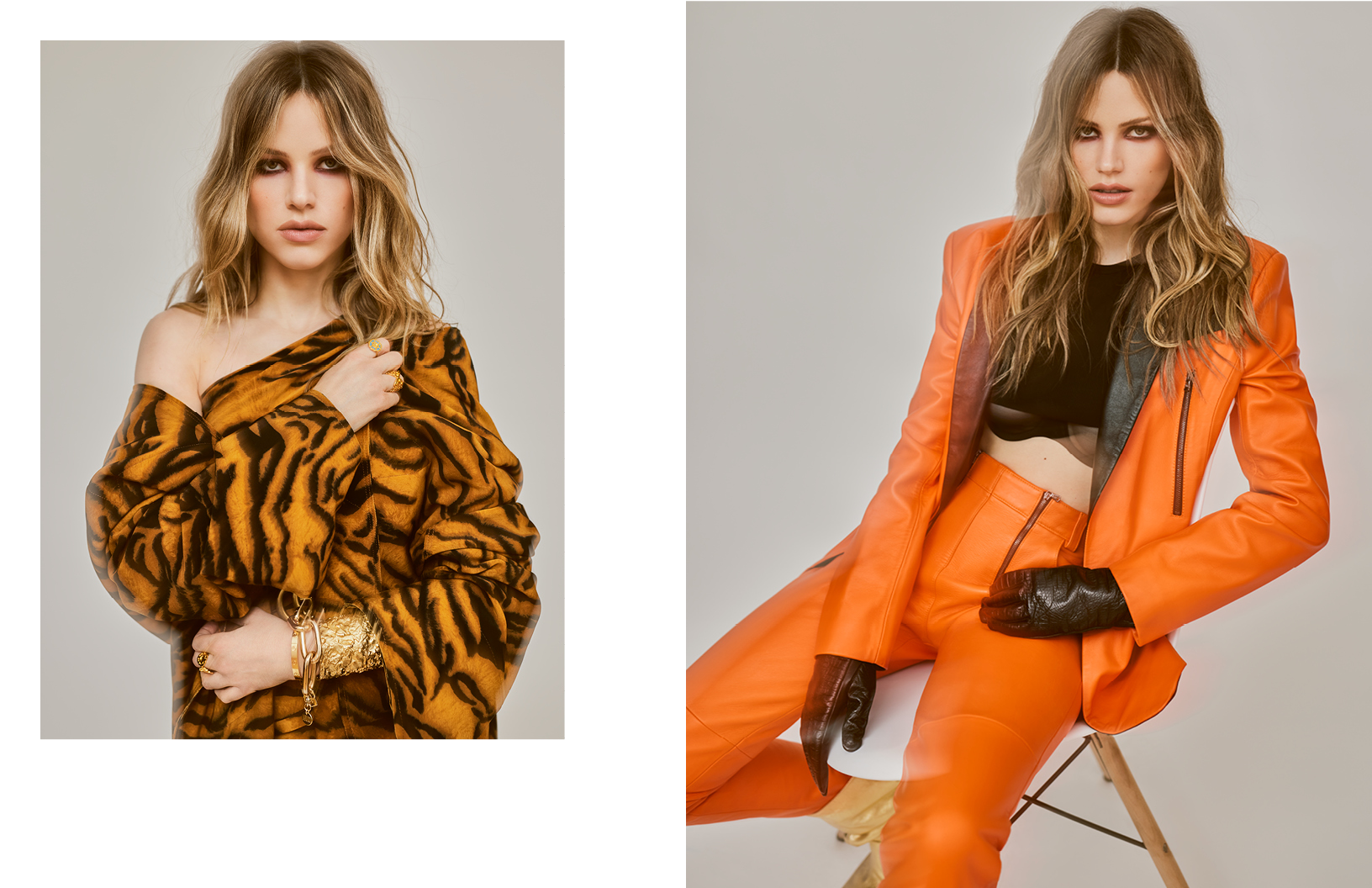 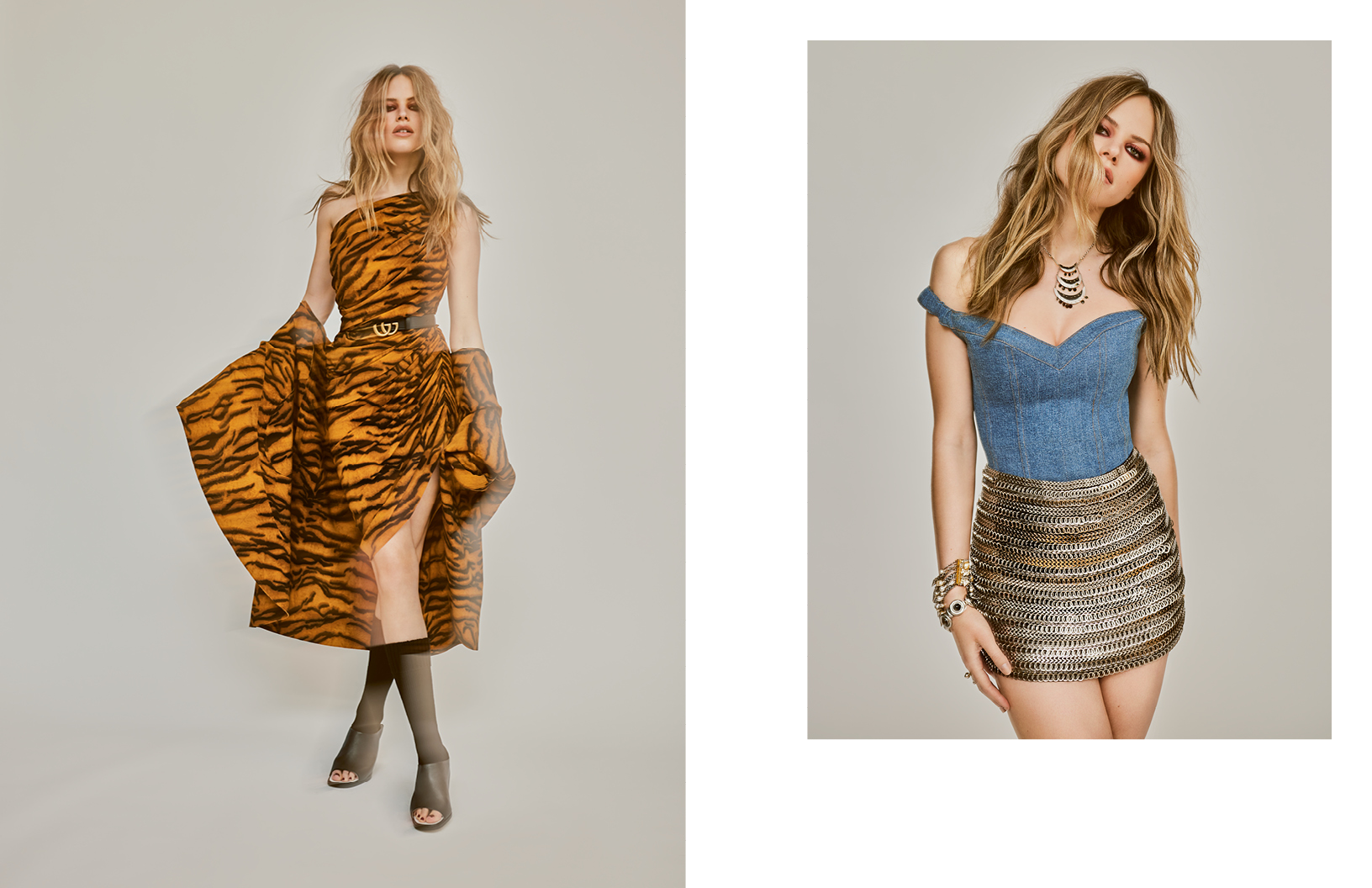 Let’s talk about Prodigal Son and your character Ainsley. What first drew you to the role?

Playing the daughter of a serial killer was very compelling. Just knowing that you share blood with someone who has the capacity to kill people is terrifying because you constantly wonder if that tendency has been passed on to you. The story contemplates the universal thought that we all turn into our parents. Well, what if your dad is a murderer?

How have you seen your approach to, and view of, Ainsley change over the current run of the show?

The first season of the show, Ainsley is the perfect daughter. She is a successful, up-and-coming journalist, and everything in her life appeared to be in order. Because she was so young when her father was arrested, she had to investigate her own childhood to understand how her father’s crimes either did or did not affect her. By season two, she knows a lot more about her past, so she gets a chance to examine how it actually has affected her. We learn that she is much more complicated than anyone ever thought.

Why do you think the show is finding such popularity and appeal right now?

What to expect for the rest of this season of Prodigal Son (and maybe even beyond that)?

Ainsley has very interesting conversations with her father about how they are more alike than she would’ve ever thought. We see them form a dangerous bond that we aren’t sure if we should trust. 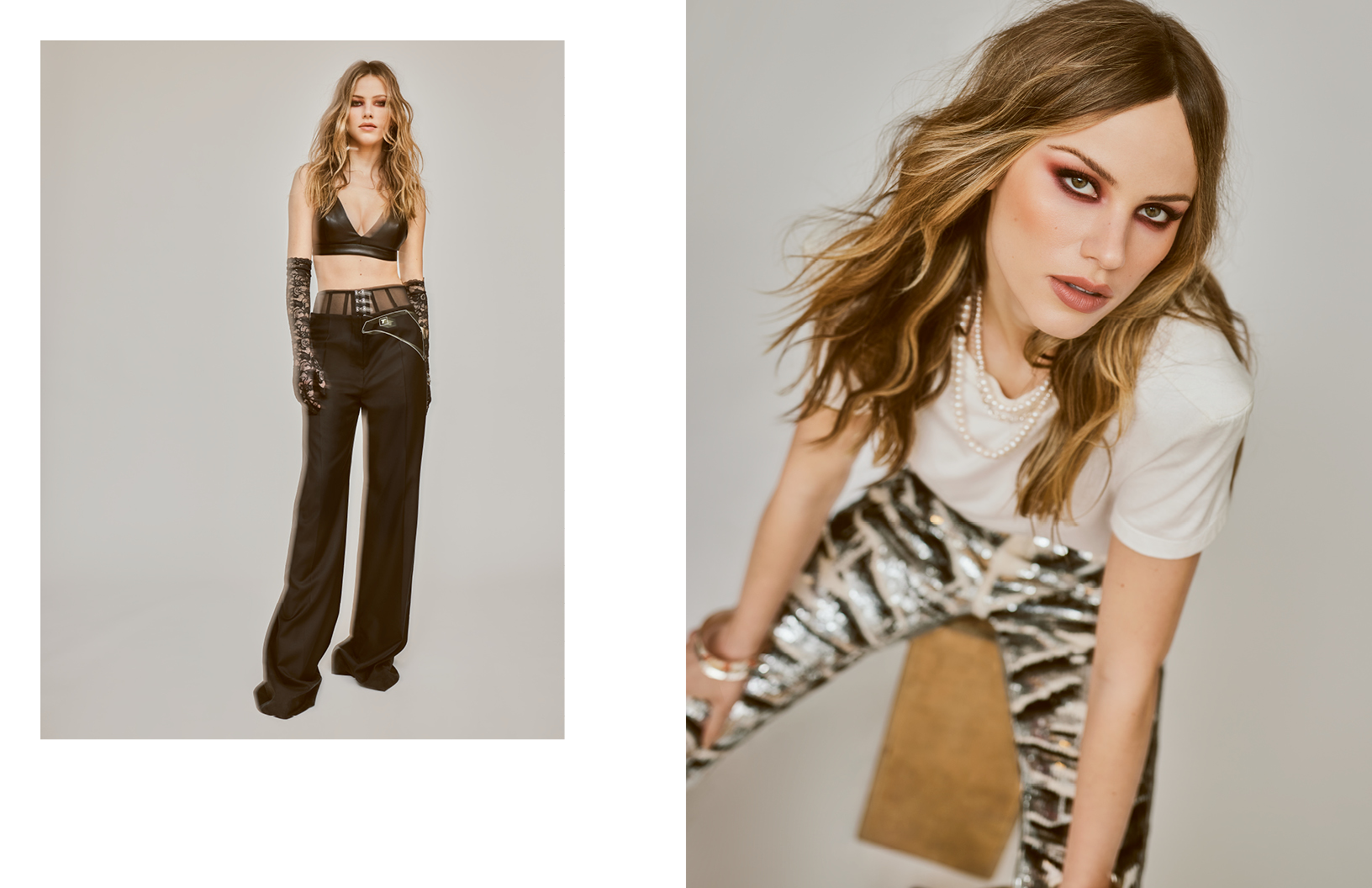 What do you look for in a role? As in, what makes a new role appealing to you?

I’m drawn to characters who are surprising in a way that people may not expect. I was a competitive equestrian growing up, so I’m naturally still drawn to a challenge. If a role makes me a bit nervous, I see it as a good thing.

If you weren’t acting today, what do you think you would be doing?

I’d be a dentist! I feel like I should explain that more, but I’m just going to leave that there.

You’ve got a keen sense of fashion. How would you describe your personal style?

Simple chic — I like silhouettes that are feminine, but I also like a cool trouser and oversized blazer look. Bottega, Khaite, Nili Lotan and this really amazing new line Aya Muse are my favourites right now.

Is there a particular actor or director with whom you really want to work? Who and why?

I loved working with Nicholas Stoller and Seth Rogen filming Neighbors, so I would love to reunite with them on something. I’m a huge fan of Katie Silberman’s writing and how she is creating amazing (and hilarious!) roles for women. Working with Damien Chazelle or Greta Gerwig would be a dream.

Scrolling through Instagram and seeing the Good News Movement posts. They feature stories of good people doing good things for others, and it’s always heartwarming to see human beings looking out for each other and cheering each other on. I’m also taking classes at NYU, so I’m constantly inspired by the other creative minds in the classroom and my professors. 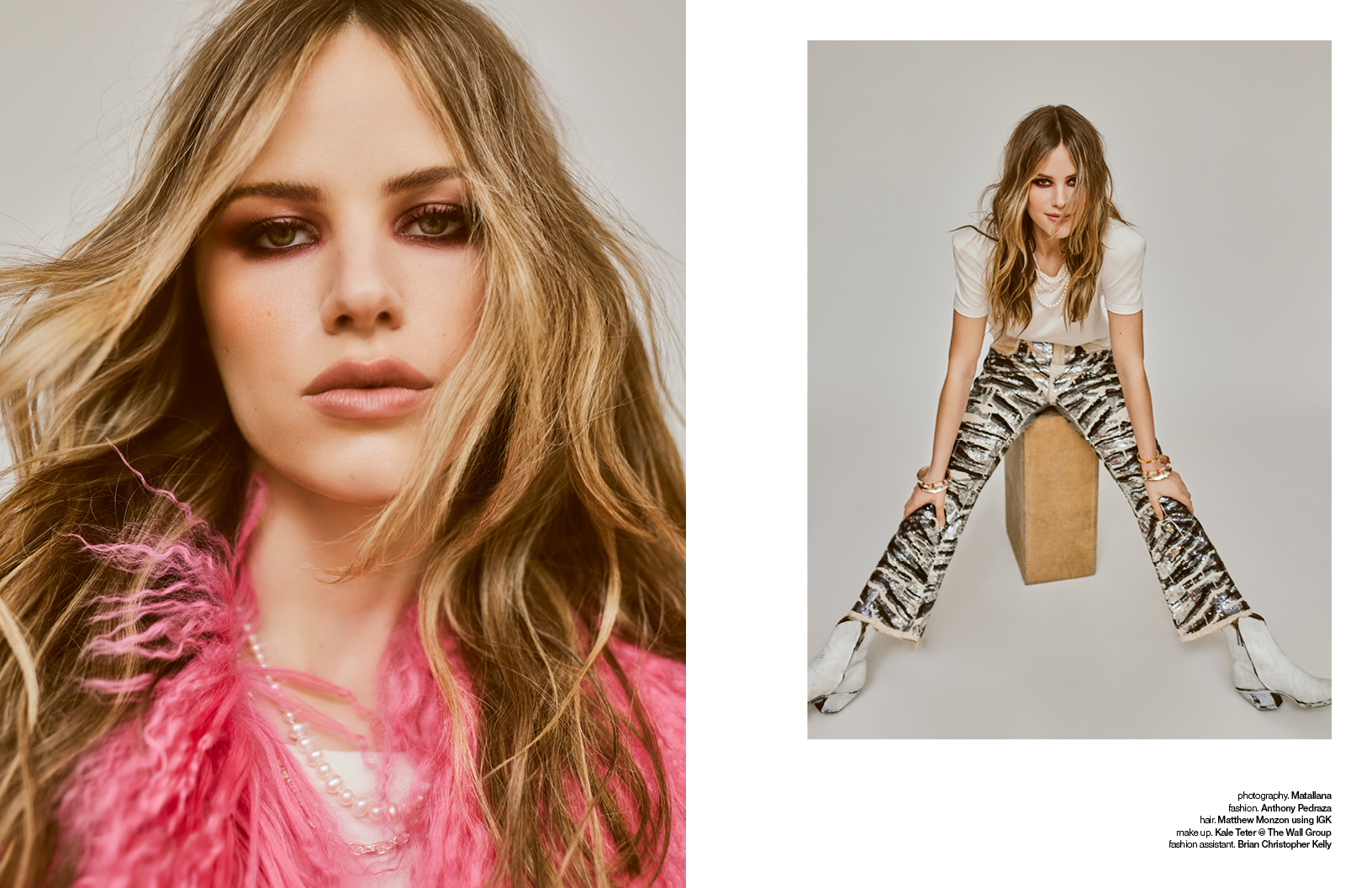 The third series of Prodigal Son is currently airing on FOX.