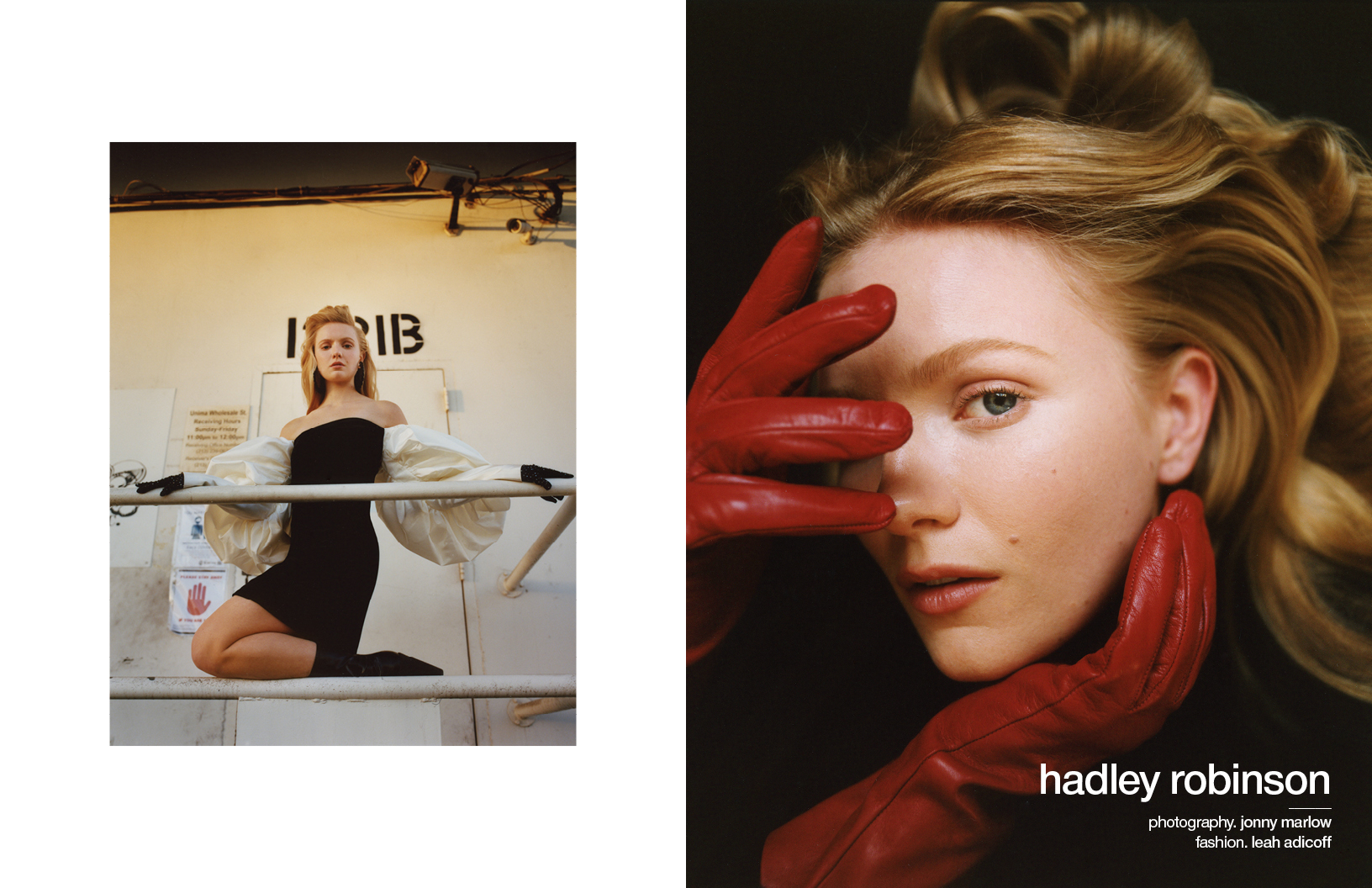 As a captivating new talent and the lead of Netflix’s Moxie, Hadley Robinson is set to take what’s rightfully hers. In the Amy Poehler-directed film, Robinson plays Vivian, a girl who — inspired by her mother’s (Poehler) Riot Grrrl past — is the catalyst for a feminist revolution at her school.

A Juilliard grad, Robinson brings a powerful female energy and a well-studied approach to her roles. Inspired by literature, behavioural study and the spirituality of film, Robinson’s effortlessly playful and smart energy is contagious, making her a star to watch in the coming years. In our exclusive interview, Robinson talks finding yourself in failure, the intimacy of studying a character, budding fame and everything in between.

Hey Hadley! First, how are you? What’s been keeping you busy lately?

Hi! I’m not too shabby, considering the current state of the world — I’m lucky, comparatively. I’ve mostly been reading, painting and writing in my free time. I’m almost finished with my first feature. Also, I joined an online poetry forum and it has essentially saved me these past few months! It’s served as an emotional outlet while also providing a sense of community. 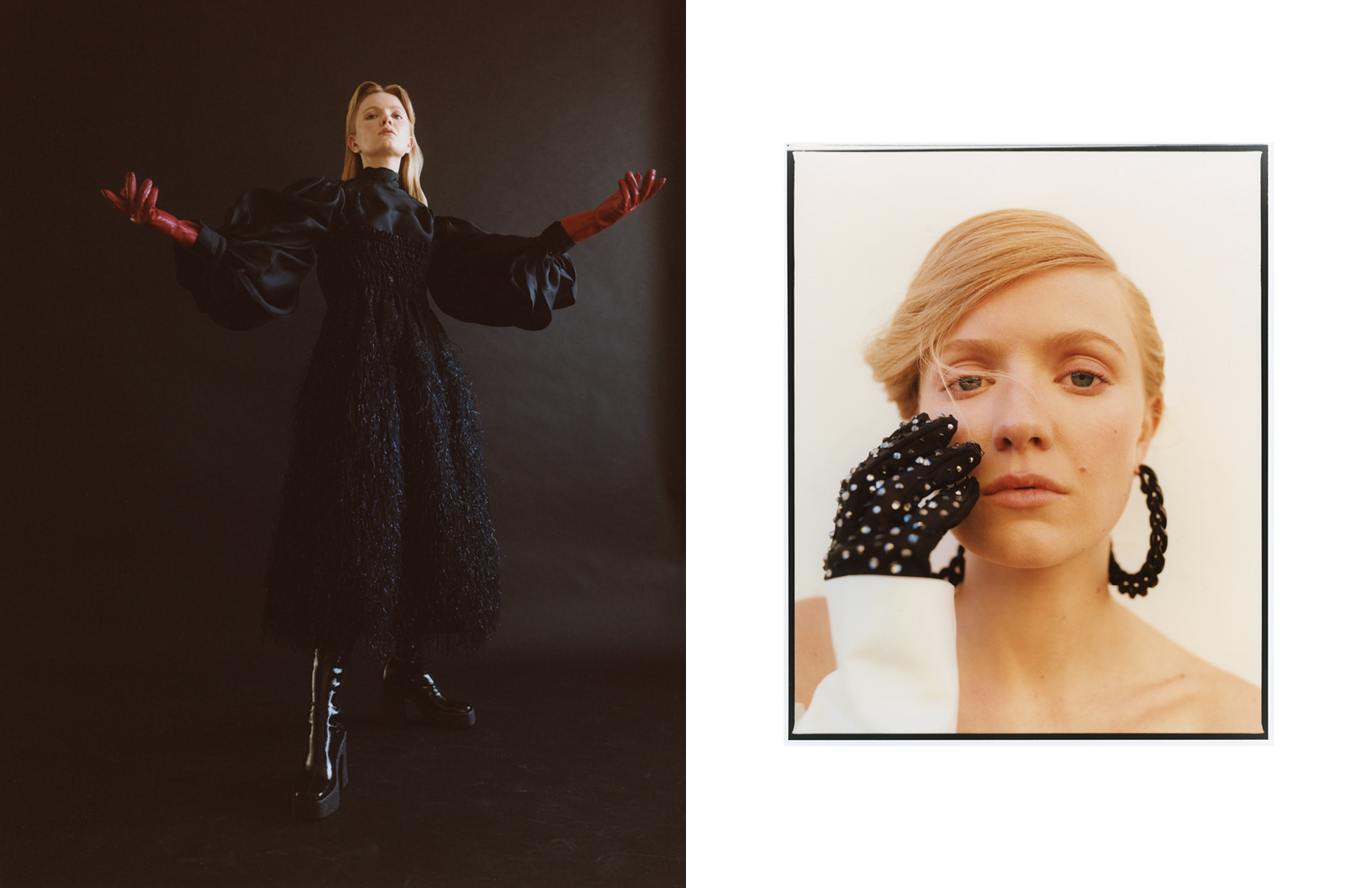 Was there a moment you knew you wanted to be an actor?

I remember seeing A Midsummer Night’s Dream in Stratford-upon-Avon when I was a kid and will probably forever be chasing the feeling I felt that night. I’m extremely playful, deeply emotional and, as much as I like to deny it for whatever reason, a pretty spiritual person. Seeing a play was like going to church and a magic show at the same time. And then I grew increasingly interested in human behaviour and psychology in school, along with language and semantics. It happened pretty naturally.

Let’s talk about Moxie. In the film, you play Vivian, the teenage daughter of an ex-“Riot Grrrl” (Poehler). How did you connect with this character? Are there any similarities between you and your character’s personalities or high school experiences?

Absolutely. I was very shy in high school; I kept my head down, I was terrified of speaking my mind. I was taught that being wrong and failing meant that you yourself were a failure. I know now that this is the antithesis to growth. Later down the line I started a club or two and had no idea what I was doing, but I’m glad I decided to take the risk. I found myself in failure, and there’s freedom there, too. My worst fear is being afraid. Fear inhibits our humanity! I think Vivian comes to a similar conclusion.

How did you tap into the role of a “Riot Grrrl”? Did you read about the original movement, talk to anyone involved, etc.?

I watched documentaries, listened to podcasts, and fell pretty far down the zine rabbit hole. And of course, I got really into punk music. I found that the music was the best way to access what these women were feeling and going through. It tends to be the best medium for self-expression, and in listening there grows an understanding on a visceral level while remaining contextual. 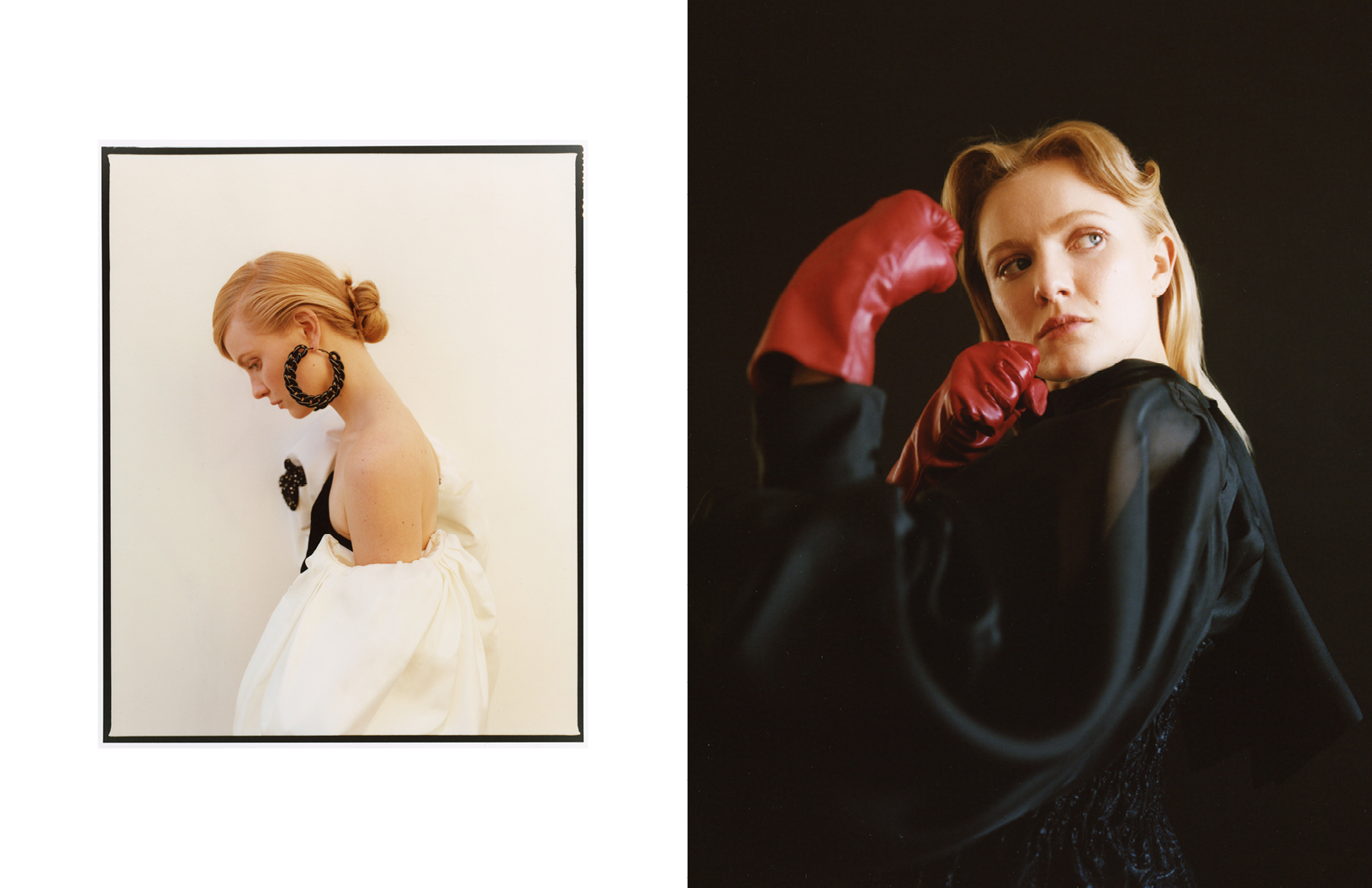 What was your most memorable moment from making the film?

I will never forget lying in that casket with Nico Hiraga. Never. Possibly the most indelible moment of my life.

After working on this film, what about the Riot Grrrl movement inspires you today?

Taking up space, being loud, being true to yourself and not feeling the need to apologise for these things. Kathleen Hanna gives herself permission to be herself and feel her feelings when she realises no one else is going to give her permission. To watch Kathleen dance is freeing in and of itself. Go watch her perform on YouTube right now if you’re reading this!

Generally speaking, how do you get into the brain of a character? What are the first steps you take?

I do everything I possibly can do. I make the character’s world my own. This is how I try to bring truth to my work; I do everything I can to convince myself I am the person I’m playing. How does this human think, where does she come from, who is she, wholly. I try to ask every question possible. 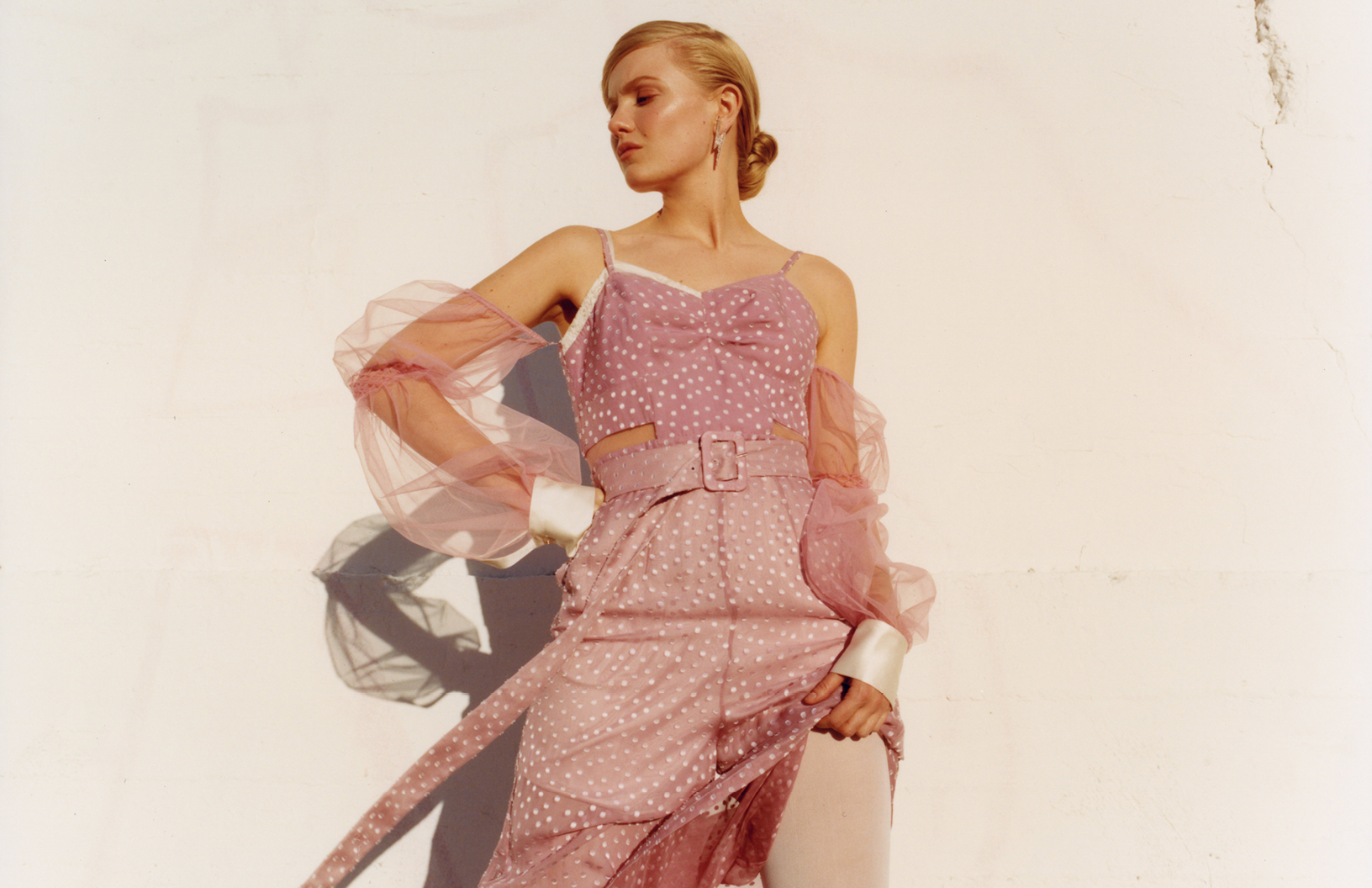 As a woman entering the entertainment world, what is your take on the female experience within the film industry today?

I’ve been very lucky; I’ve worked with mostly female creatives, which I know is an anomaly. I think representation behind the scenes is just as important as visibility on screen. I’d love to see more female writers and directors at the forefront. I think about films like The Farewell, Booksmart, Portrait of a Lady on Fire, and Promising Young Woman. These films were all female-led and touched me in a more intimate way, I think, because the stories were told from a personal place. There are many issues that still have to be tackled such as equal pay, harassment in the workplace and placing women in positions of power, but these aren’t issues solely in the entertainment industry — these are widespread issues for women everywhere.

Is there an actress or film you feel particularly connected to? Why do you think you feel that connection?

Bergman’s Persona, Hitchcock’s Vertigo and Věra Chytilová’s Daisies have all been on my mind lately. The women portrayed in these films are complex and powerful. You can feel their freedom. There are too many films and inspirations to count!

You’ve already worn some stunning looks, such as the dress you wore to the Little Women premiere. How do you approach fashion, and how would you describe your style?

I have a very quirky, boyish sense of style, and it changes with whatever city I’m in. I like black. I have this terrible theory that people won’t take me seriously unless I wear dark, masculine clothes. 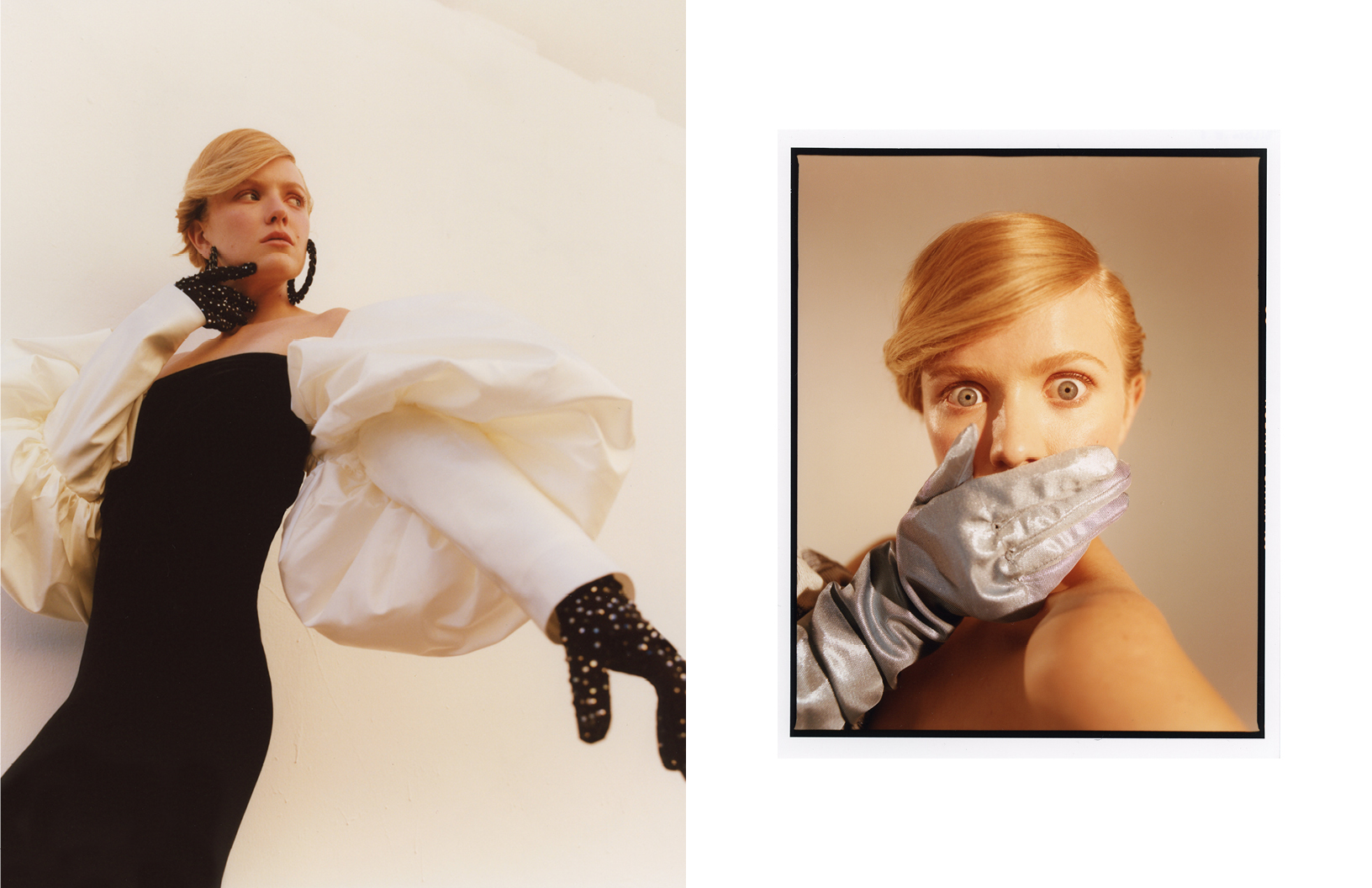 Recently you were featured as #2 on Vogue’s “Rising Stars of 2020” list. How are you coping with budding stardom, and what have you already learned from the experience?

I just feel so incredibly lucky and remind myself of how lucky I am every day. Gratitude is very important. The greatest thing I’ve learned is to enjoy the process and to bring my whole being to the work. It pays off!

What are you watching, reading, and listening to right now?

I’m re-watching Fleabag because Phoebe Waller-Bridge is my one true love. I would also like this opportunity to mention my obsession with Miranda July. Kajillionaire killed me softly. I’d love to see Phoebe and Miranda collaborate. I’m listening to The Mamas & The Papas, Gladys Knight & the Pips and Joni Mitchell. Tierra Whack, TeaMarrr and CHIKA are all brilliant.

What in your life are you most excited about right now?

A beautiful blonde puppy just entered my life, a Shar-Pei lab mix. She’s been occupying my every waking moment. 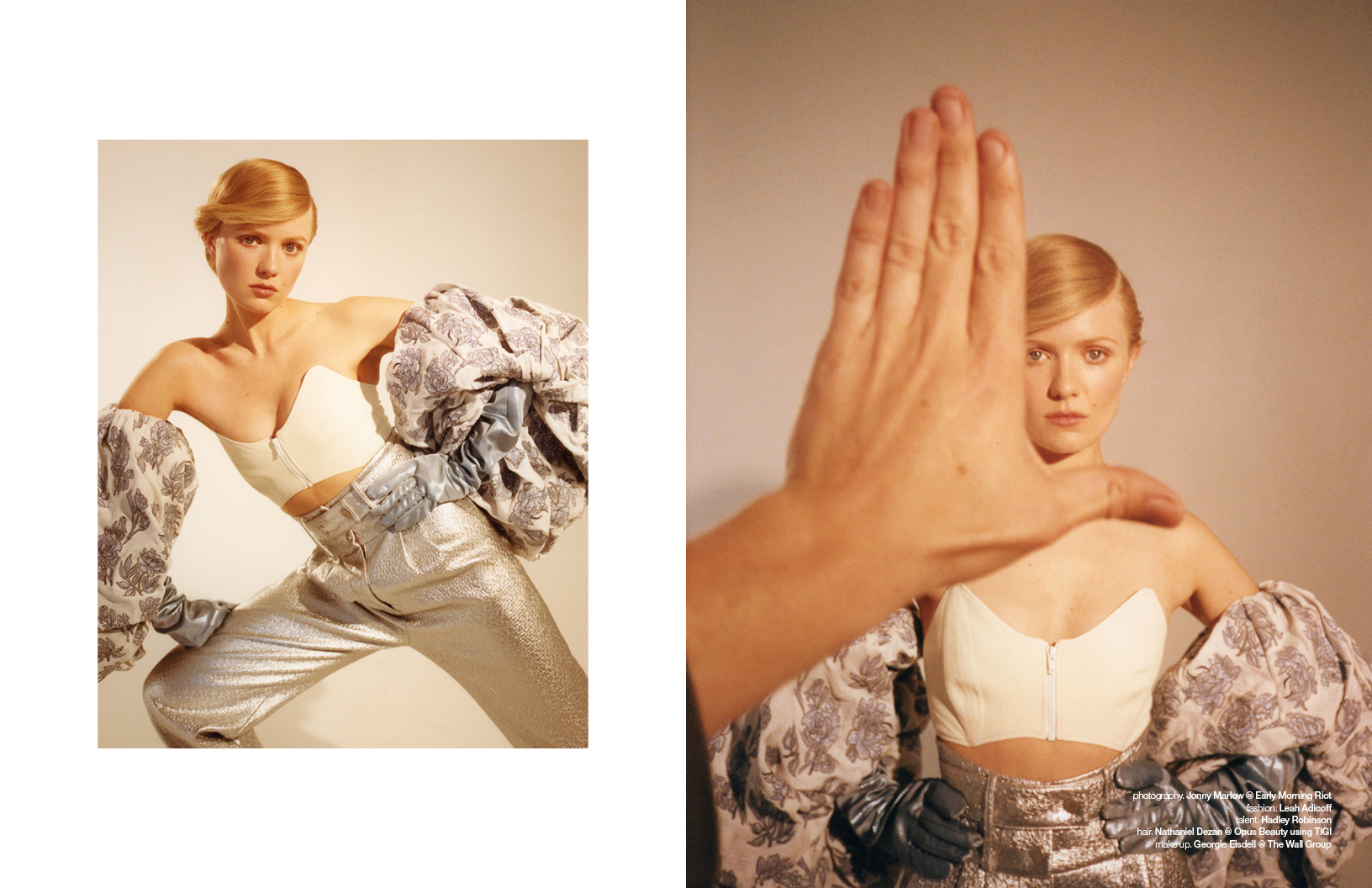 Moxie is currently streaming on Netflix.