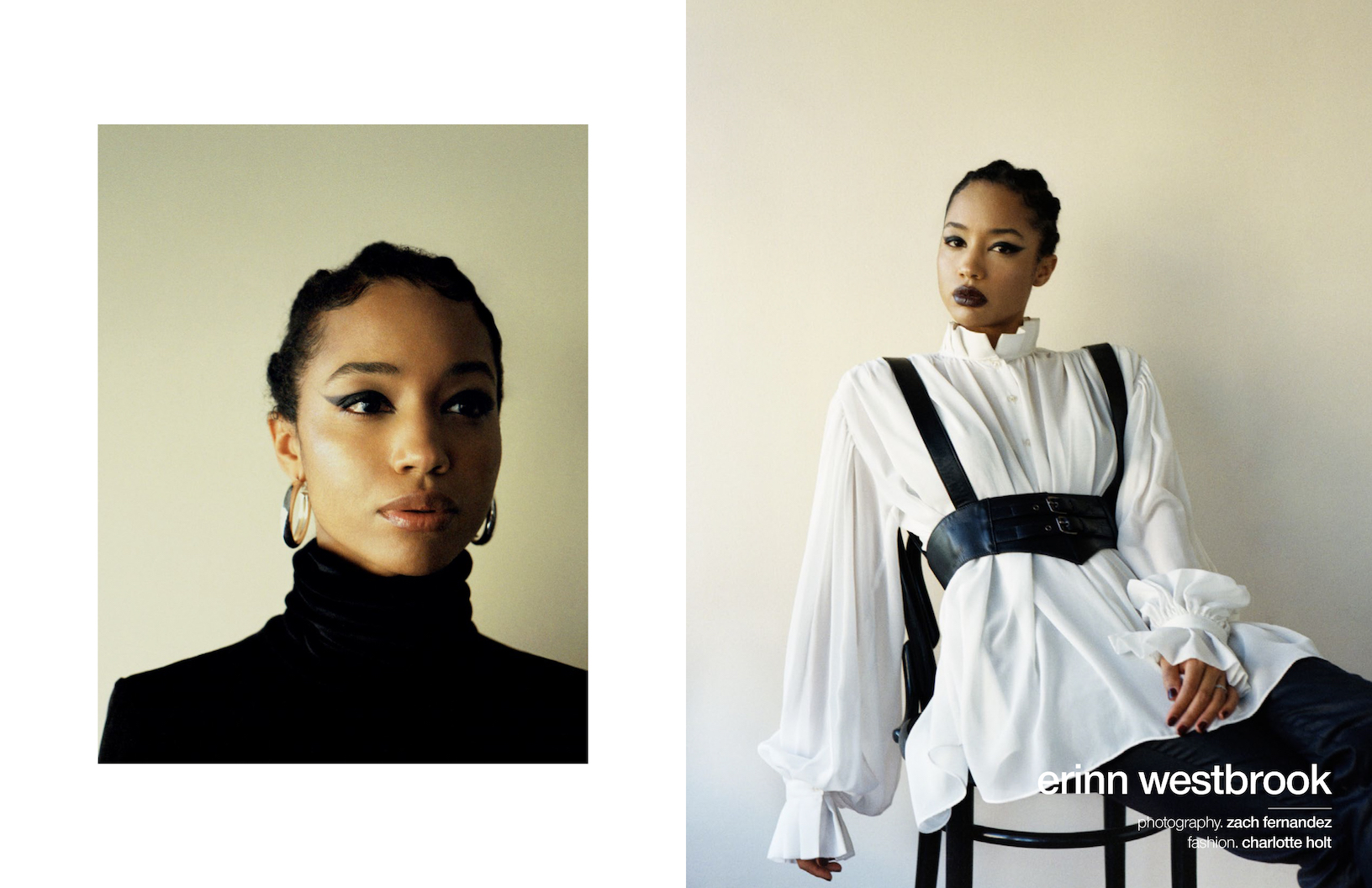 Get to know Erinn Westbrook – the alluring American actress currently portraying Tabitha Tate on The CW’s Riverdale. Schön! spoke to her about the role, what she’s up to when she’s not on set and what’s next.

Erinn, you joined The CW’s Riverdale in the fifth season as Tabitha Tate, granddaughter of Pop Tate. What drew you to the role?

From the material I was given, I could tell that Tabitha Tate was a strong, smart and dynamic woman, with a big heart: she adores her grandfather and seems to be deeply invested in Pop’s – the family business – and its legacy. Also, knowing that she left a very sure career path, post-business school, to take over this struggling diner in a “dying” town, told me a lot about who she was as a person: a woman who is confident in her abilities and who is not afraid of a challenge. Tabitha has proven to be all of the things I expected her to be and more and I am grateful I get to bring her to life.

Your character arrived in Riverdale after much had already happened in the series. What perspective does Tabitha bring to the town?

Tabitha is introduced along with the seven-year time jump – there is a lot that is different and new on the show, and she is part of that. Tabitha is unique in the sense that she did not grow up in Riverdale, and we gather that she really has not spent much, if any, time there prior to moving to town. She is getting to know this world and all that comes with it as she goes. As this sort of “outsider” venturing in, she brings a fresh, grounded, un-jaded and unbiased perspective to town. 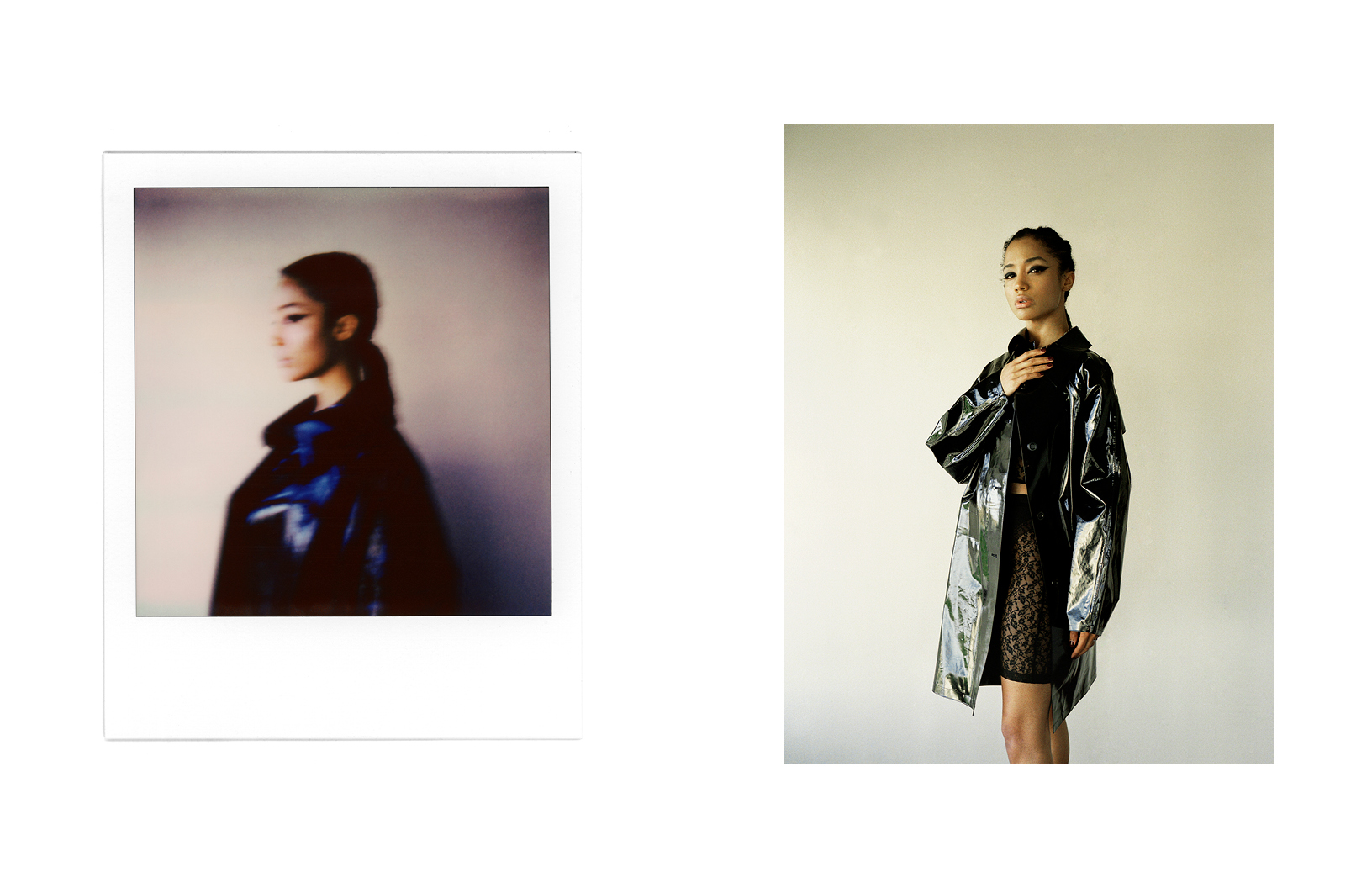 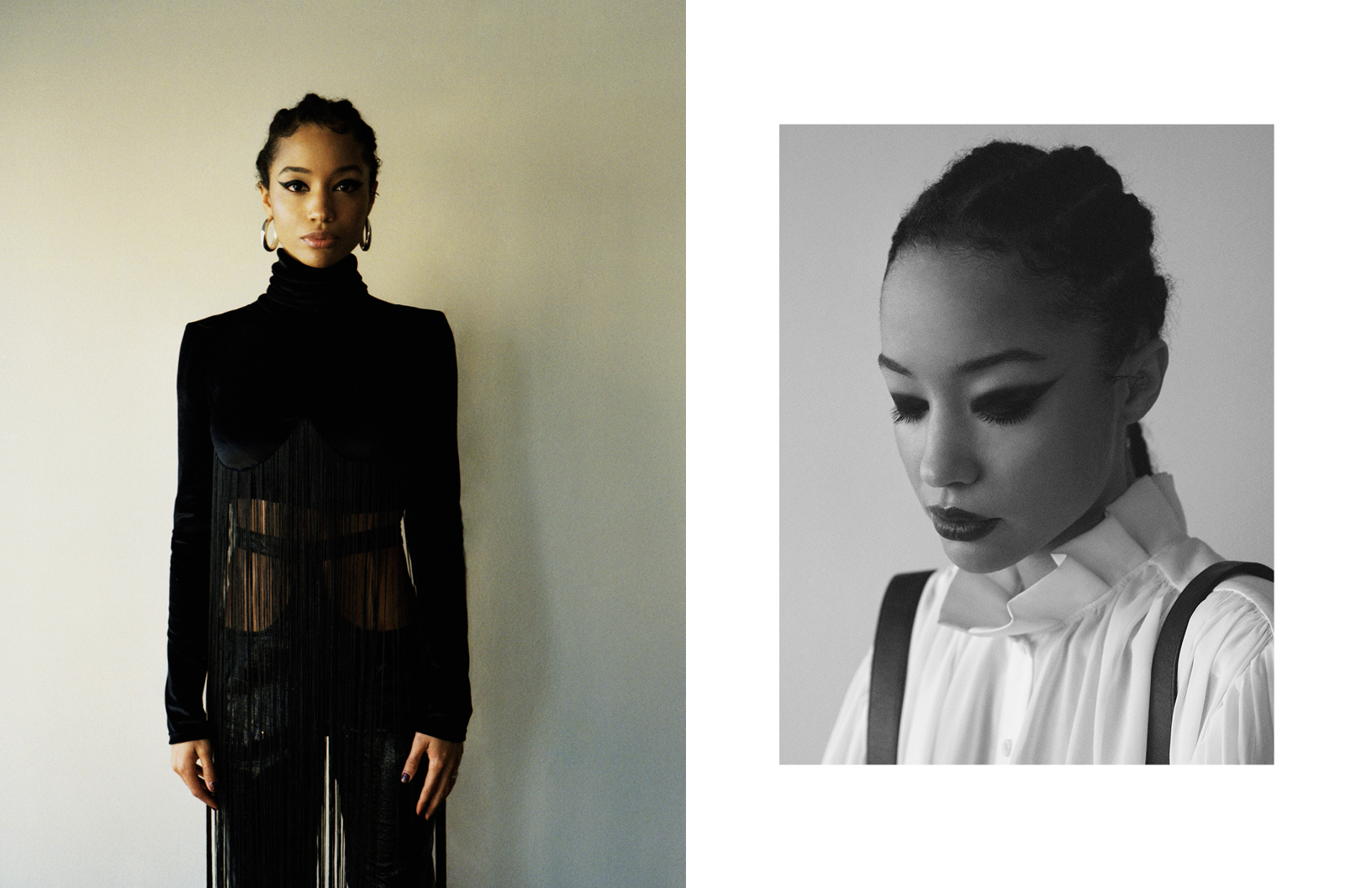 Throughout the season, Tabitha and Jughead, played by Cole Sprouse, develop a romantic relationship. How was the chemistry between you and Sprouse? Any stories to share?

The relationship between Tabitha and Jughead has been a fun one to explore – they have certainly come a long way from their initial encounter at Pop’s. Cole is so talented and working with him has been easy and truly enjoyable from the start. Luckily, we play off each other very well and we have become good friends, so filming together never really feels like work.

What is something you learned while being part of the show?

On Riverdale, I am learning that, really, anything goes. These days, while reading the scripts, very little surprises me. Tabitha has had to sing and dance on top of a pool table in an attempt to catch a killer, travel through time, live in a haunted apartment, speak to angels in human form… the list goes on. There is never a dull moment, and anything is fair game in Riverdale.

Your character dealt with a lot of supernatural forces in the sixth season, from being haunted by ghosts to dealing with the devil. Can you give us an insight into what the the rest of this season has in store for Tabitha?

Well, we have returned to Riverdale from “Rivervale,” so while we may leave the eeriness of that particular realm behind, haunting forces abound in Riverdale. There is a new villain in town and, unsurprisingly, Tabitha will fight the good fight. We’ll see her come even more into her own within Riverdale, she’ll spend more time and team up with characters we have not seen her interact with much (e.g., Archie and Toni) and she’ll test out a new “skill” that will benefit herself and those around her. We will be introduced to this skill in an episode that Tabitha leads called Angels in America, which was my absolute favourite to film. There is a lot in store. 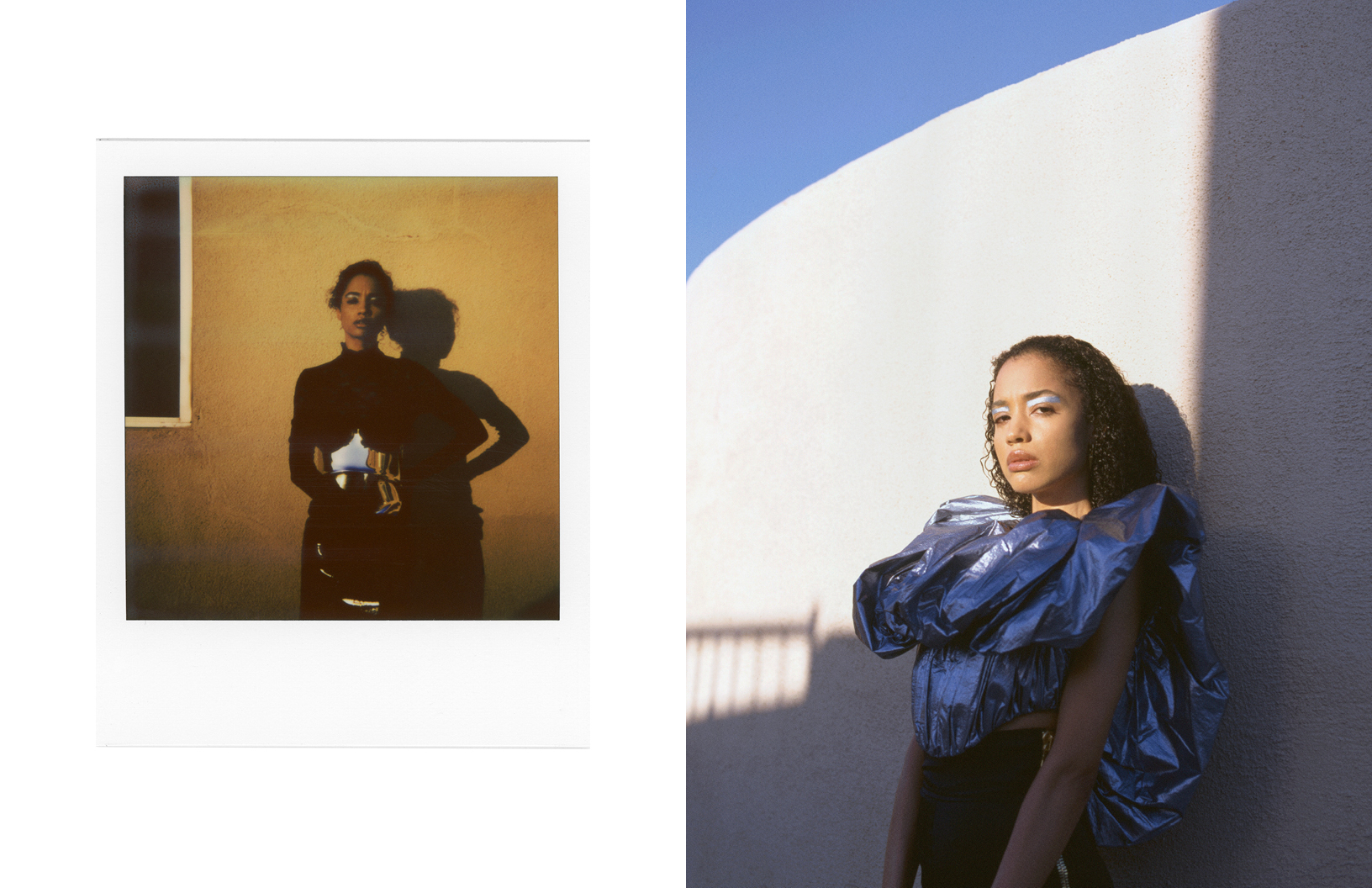 What is your favourite trait about Tabitha and why?

I love how tenacious Tabitha is. Once she sets her mind to something, she will stop at nothing to make it happen.

Are there any aspects of Tabitha’s story that you hope get explored more in future episodes? Which ones, and why?

I would be interested in learning more about Tabitha’s life prior to Riverdale – the people and places that have shaped her and helped her become who she is. We know a bit: she grew up in Chicago, went to business school and has parents who are not the most supportive of her life in Riverdale, but it would be nice to delve a bit deeper. Pieces of Tabitha’s “past” – or rather, her life outside of the town – being introduced into her present within Riverdale would be cool to see.

If you could take home one thing from set, what would it be and why? Or if you already have, what did you take?

I kept one of Tabitha’s name tags from her Pop’s uniform at the end of last season as a little memento, but I would love to keep the entire uniform (including the new Pop’s cardigan that will be introduced later in season 6)! I spend so much time in that outfit and there are many special memories associated with it, so I feel like having that for my archive is a must.

What does a usual day in your life look like when you are not on set?

Well, right now, we are currently filming a musical episode, so on the days I am not on set, I am in the studio recording or in dance rehearsals. But, when I actually have a legitimate break, I am spending time with my husband, connecting with family and friends and embracing self-care. We have a really busy filming schedule for about ten months of the year, so taking care of myself in all of the ways – enjoying the outdoors, exercising, visiting the spa for some R&R, and unwinding, in general – is top priority for me on a typical day off. Love a good book, a cup of tea and a nice breeze. I am also quick to catch a flight, if I have consecutive days off, home to the States. 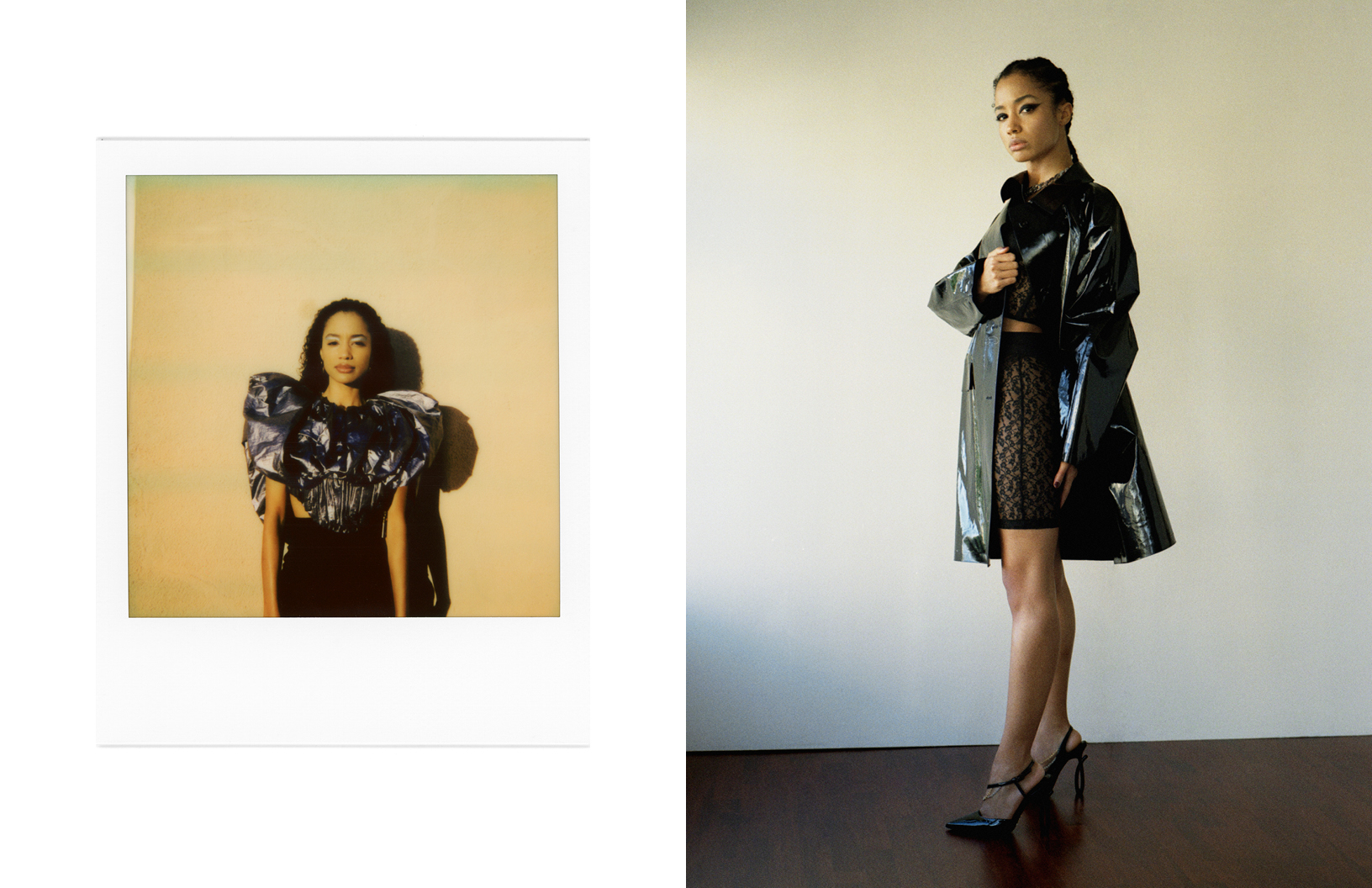 Is there a dream genre or role that you would love to work in that you haven’t explored yet?

I would love to work on an action film. I have had to do a little bit of stunt work on Riverdale – and other shows – and it is always exhilarating, so I think I would really enjoy a project within the action genre.

What are you most excited about looking towards your future as an actress?

I am looking forward to new roles and new challenges, always. I am excited about bringing important characters to life and telling stories that matter to people. While I love acting, I also see myself behind the camera, eventually, as well.

Are there any other projects you can tell us about?

I currently have a scripted audio drama on Amazon’s AUDIBLE that is out now called 10 DAYS, starring myself, Glen Powell and Lamorne Morris. It is a solid spin on the classic underdog story and there are ten ~30-minute episodes, so if you are into scripted audio series, you should check it out. My film 7th & Union will be coming out on Amazon Prime Video later this year. Interestingly, both of these projects center on hard-working, but struggling, people who are reinvigorated by their true passions and opportunity. They have a chance at changing their lives – and the lives of their families – for the better. I love stories like that. I love seeing good, deserving people win. 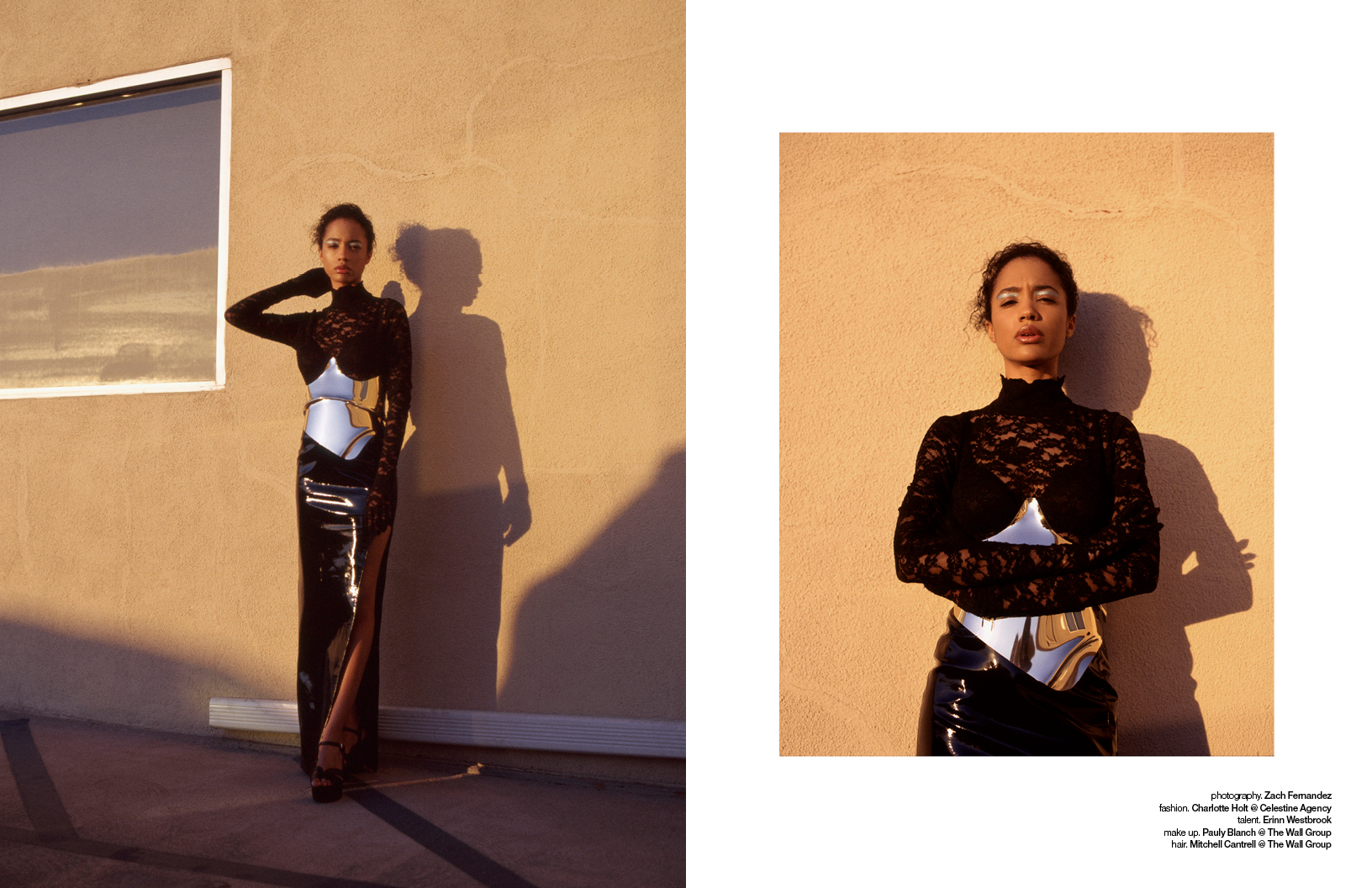 Riverdale is currently airing on The CW and streaming on Netflix.