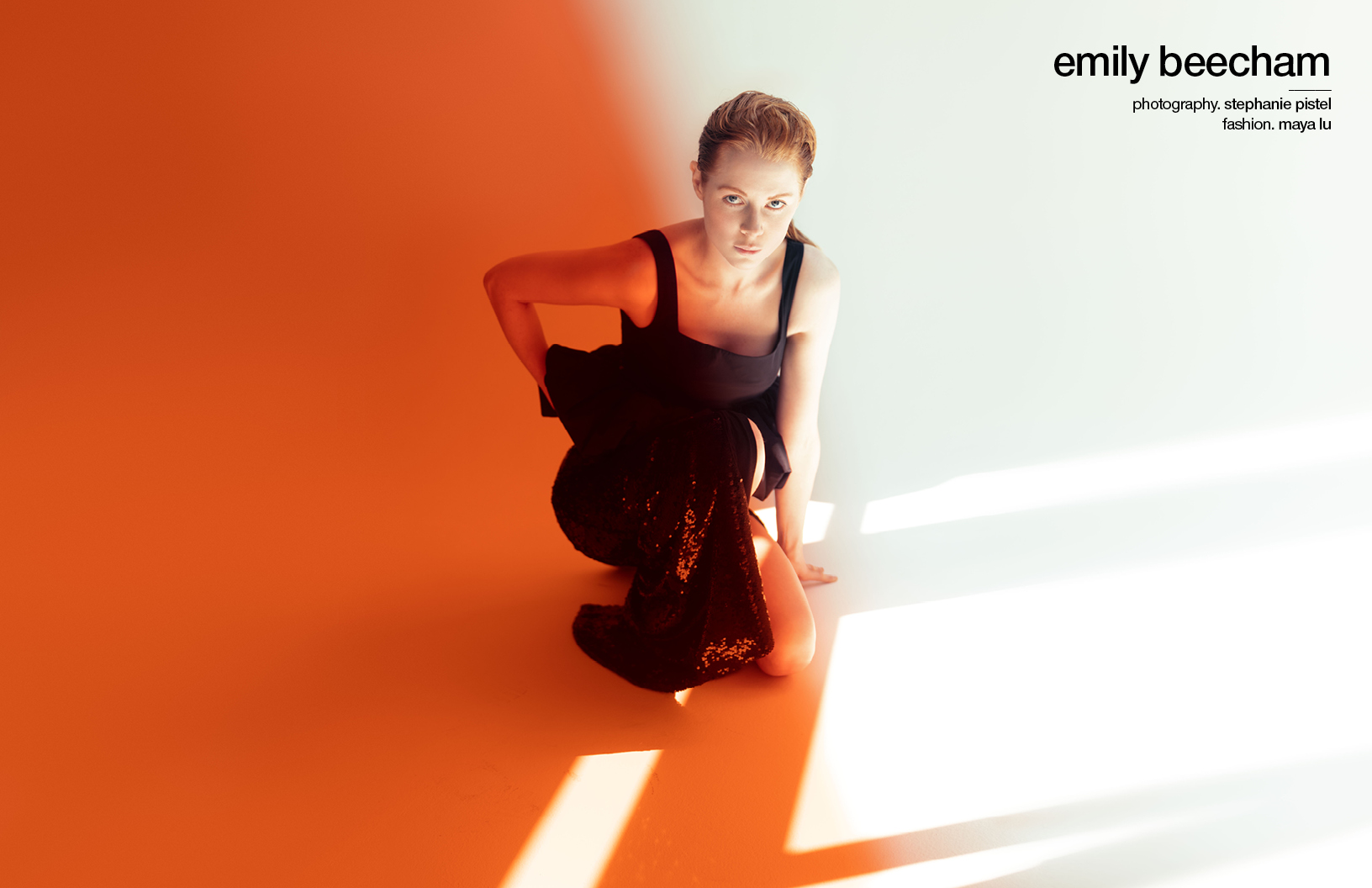 English-American actress Emily Beecham has propelled herself above and beyond this past year — landing top-tier roles in Walt Disney’s Cruella, an upcoming Netflix series 1889 and now, The Pursuit of Love, streaming exclusively on BBC and Amazon Prime Video. The series is a visual representation of domestic bliss, showcasing the ramifications of love, friendship and purpose. It’s a tale that explores two contrasting minds, imbued with themes that merge two parallel paths into one. Schön! sat for an exclusive chat with Beecham about the series, Cruella and more.

The show explores the hardships that women faced as well as the obsession with love. What would you say are the main themes covered in the show?

I think that it’s more like the pursuit of life. The girls are trying to find their identity. They live vicariously through these sorts of love affairs… Because of the time, women felt they didn’t have many options. They felt love was perhaps their only option — but [the show] is also about friendship, and how that evolves through their lives as they take different courses and become very different people. They have a real push and pull between their friendships: sometimes they’re like glue and sometimes they’re like strangers. Nancy Mitford’s writing is very satirical and witty, and it’s inspired by her own family, a very eccentric family that she grew up with, and the people who are in her society. There are so many themes like love and sex and sexual identity and sexual politics and what your femininity means… There are just so many different characters and different expressions of their lives and love, and it’s set in a time which is a little bit more restricted, but it still has lots of parallels to today. 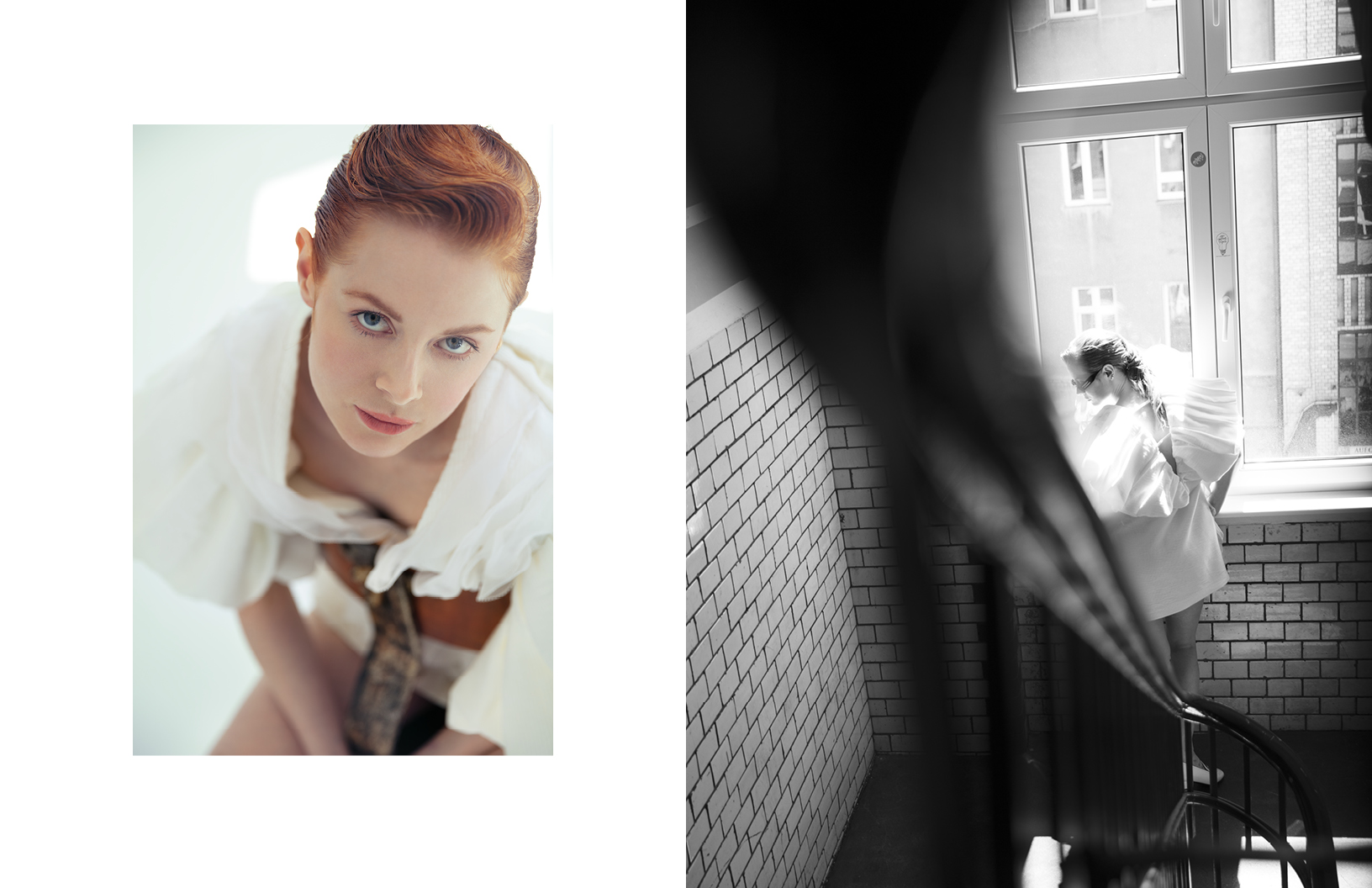 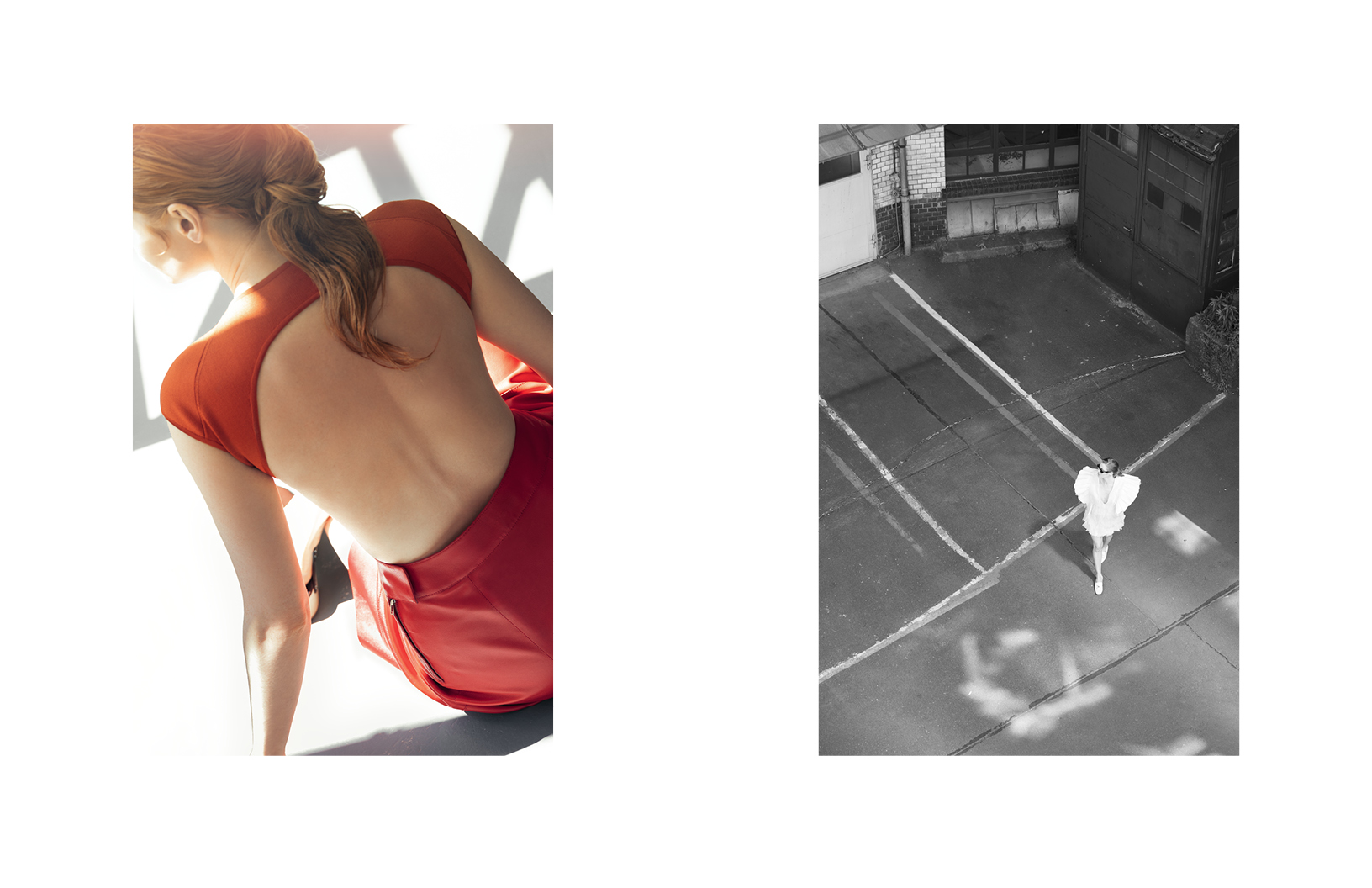 There’s a controlled chaos that erupts from the show because of the numerous time jumps. Like when I was watching it, I was like, Okay, what year are we in now, how old are they, they have kids now, what is happening? What was it like on set?

It was quite a fun, sort of liberating experience to be able to go through all that because — Emily Mortimer, she’s so lovely. She was so brilliant, because she was just constantly talking to us about what was happening mentally and emotionally. We talked so much and very honestly about our experiences from when we were that age, or our expectations of love, or our difficulties and frustrations that come from growing from a teen into young adulthood and then moving past that. Everything, really — friendship, and basically just the whole messiness of life. We didn’t want it to feel restricted by the time; we wanted it to feel really alive, and the only way to do that was to kind of be honest and bring many of our own things that we found funny or humiliating or difficult or made us despair or made us excited — that sort of trepidation and excitement to become an adult, and all the mixed, complicated feelings about that.

I love that, and I absolutely adored the chemistry that unfolds between Fanny and Linda. They’re so different from one another yet, they complement each other so well. What do you think kept the duo so close in the show?

I think they love each other and accept each other. And throughout everything that happens, even though they take different directions, I think especially — well, for Fanny and Linda, they always remember how each other were when they were children, so they’re sort of a real family together… They see the young child and young teen that they are underneath all of this. So, they always have that connection: Fanny always understands that Linda just yearns for some kind of freedom, or this all-consuming love, and it’s really very innocent, even though Fanny is quite hurt by some of Linda’s actions, because it mirrors a lot of what her mother did to her — abandoned her as a child. That’s very painful and difficult for Fanny to accept that Linda has gone and done the same. Linda, on the other hand, perhaps feels judged by Fanny, or also has taken a very different life to Fanny. They do come back when they both admit that they’re both struggling with their pursuit of love, and their pursuit of life. They always have these moments where they touch base and come back to each other, which I think is very true to life. Nobody’s life is 100% perfect, and we all question whether we’ve made mistakes. You only get one life to experiment. I think they do live vicariously through each other, and that’s the theme of their friendship as well. 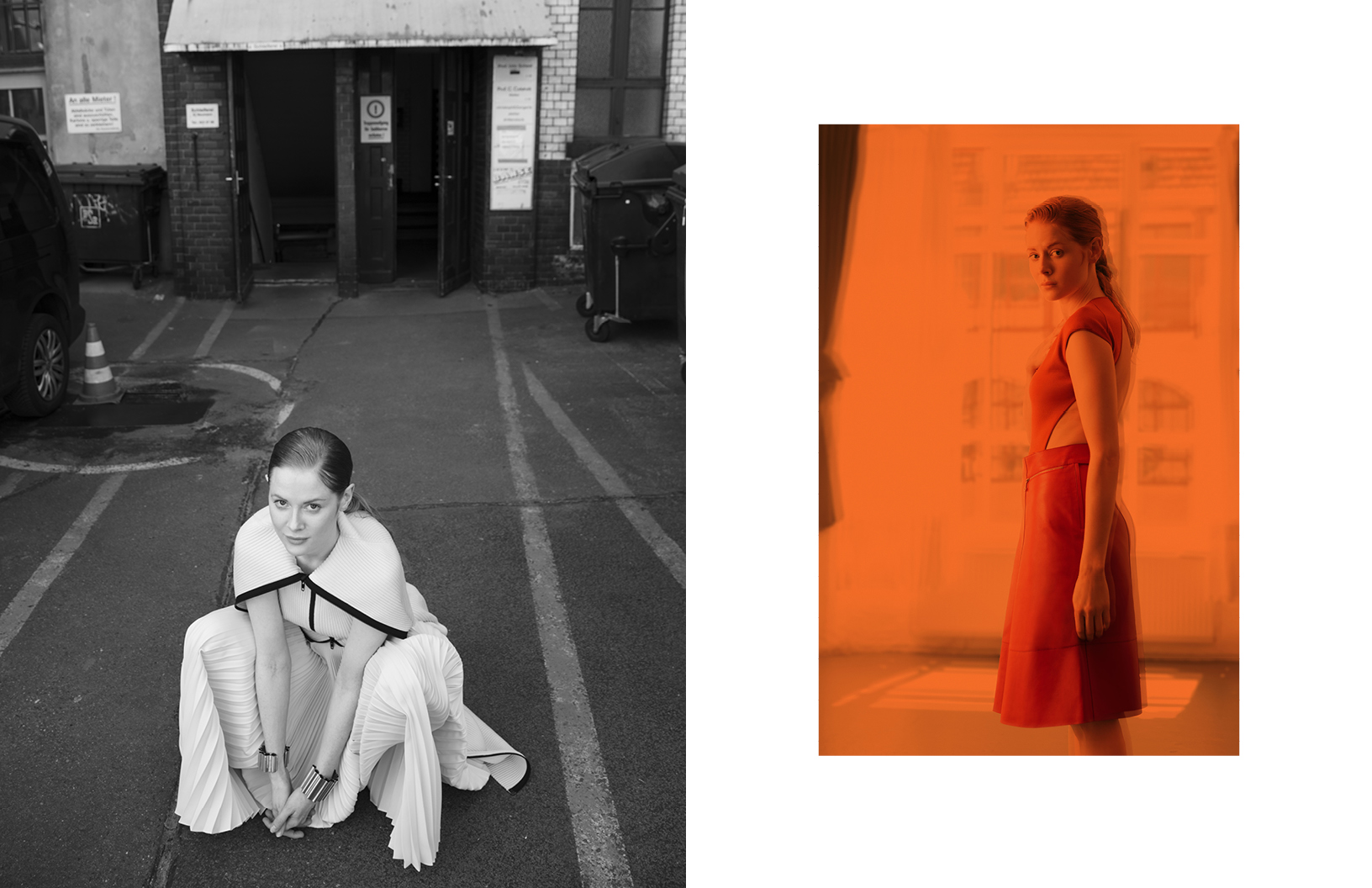 If we think about femininity and the roles of women then versus now, things have definitely gotten a lot better, but women are still placed under a certain degree of judgment. How would you say things have progressed since then?

Well, women have more choices now, but there is still quite a lot of difficult pressure on the way that women appear, how they look. They’re supposed to be strong and busy, but there are just so many contradicting, different directions, and society puts a bit of an expectation on how they’re supposed to be or appear. Yet, at the same time, they’re supposed to do the same things that a man does. But then, things are evolving. Especially with the younger generations, who are so inspiring. I see loads of young women that I’ve worked with who really inspire me and aren’t adhering to that kind of pressure, and they’re just kind of expressing who they are in as authentic a way as possible.

Beautiful. What’s the biggest takeaway that you hope that viewers take from the show?

Well, it made us happier when we made it because we were making it during the pandemic when it first kicked off, and it really cheered us up because Nancy Mitford is so funny. So, I hope it just makes people happy. But also, I hope they take those themes of love and friendship, and also know that it’s a satirical commentary in a specific time in an aristocratic society in England, which was very eccentric and closed. But also, it does have themes of all sorts of different expressions of love, whether it be gay, straight, friendship or whatever. Also, I think these women express their challenges and their difficulties in growing up and being a woman… the messiness of life and growing up, and existing amongst friendship and love, and trying to discover your identity or what your values are. 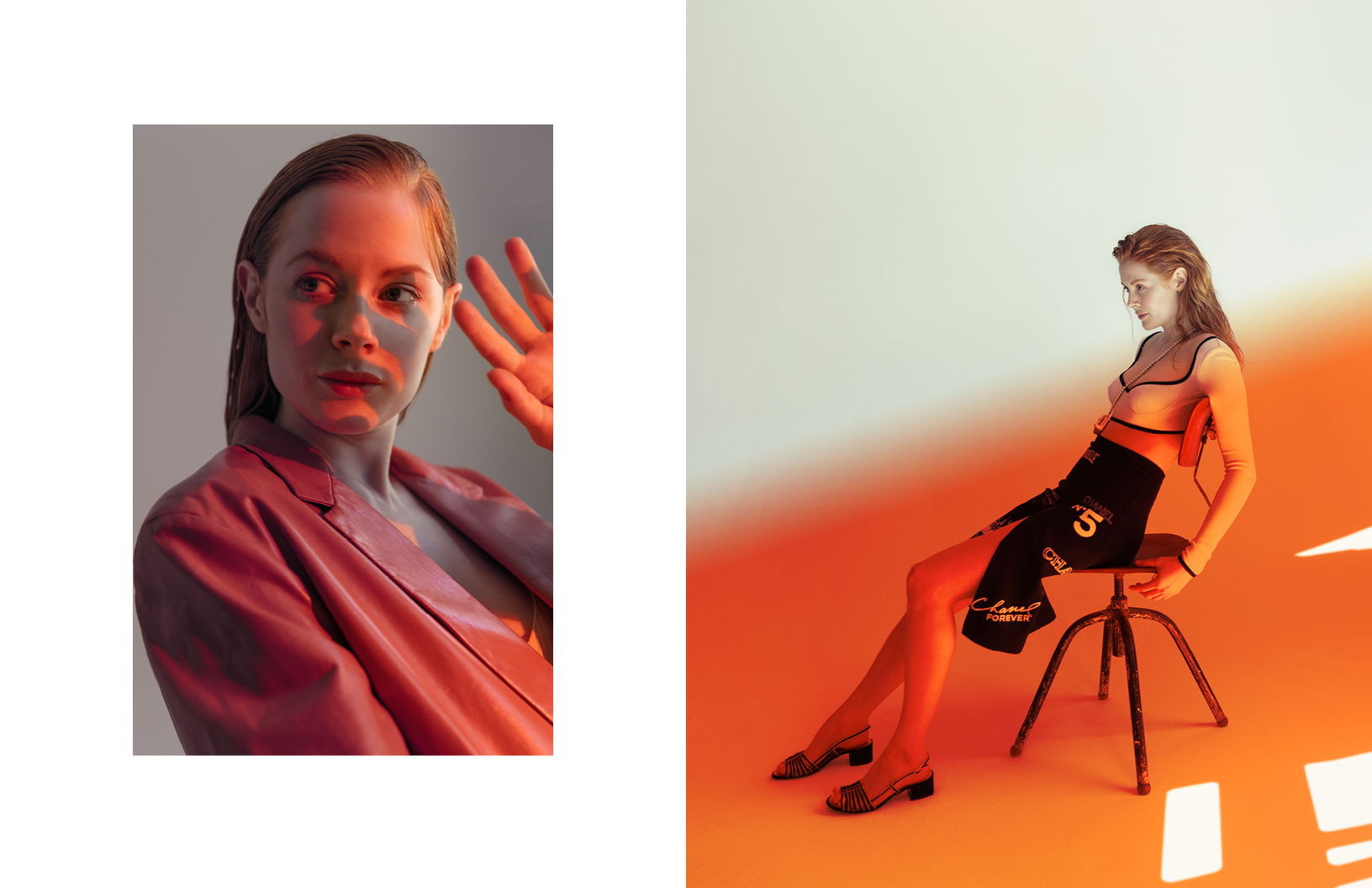 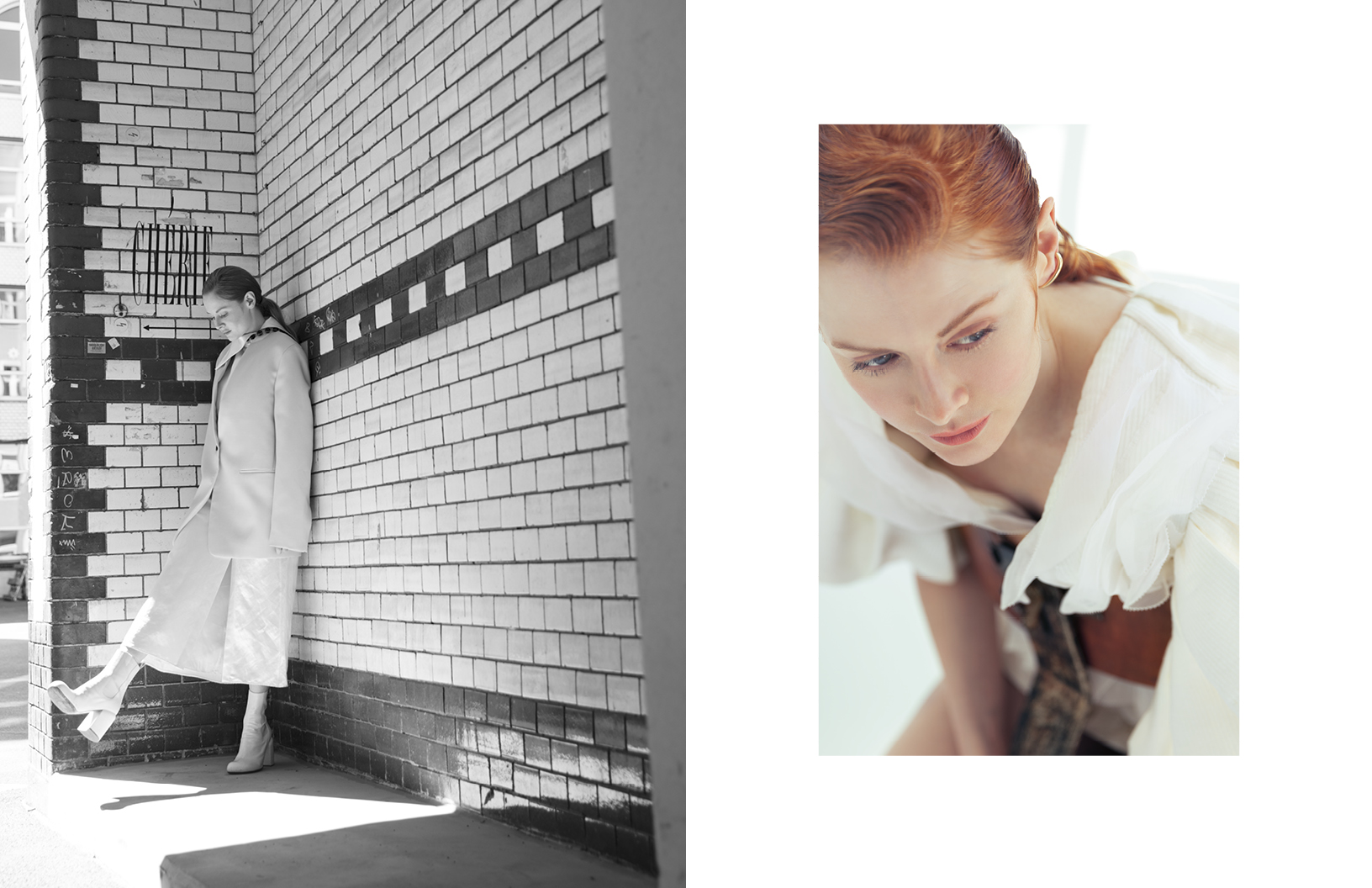 Lovely. You’ve been on a streak with amazing sets; you just starred in Cruella, which was amazing. How would you compare your experiences on both sides and your characters? How do you think they contrast each other or how are they similar in any way?

They were both very colourful and visually satisfying. I loved the Cruella sets of red 70s punk London looks, which was really fun to see. I love Estella, young Cruella’s punk costume and punk uniforms are really cool. You’d get onto each set and it would just be so gorgeous to look at, and exciting, and lovely. I thought they were both very distinctive. Especially for each specific character as well, the costume was very well thought out and distinctive. Sinéad Kidao designed the costume for The Pursuit Of Love, and she’s really good. She was working on Little Women before. She had a really good instinct for thinking about little things, about what the characters have according to their personality, or their private personal things, and that really helped. The choices were very specific for each character, so it was really useful.

You’ve been so busy this past year, and I also read that you’re working on another show that’s going to appear on Netflix called 1899. Tell us about it.

I feel like that’s a title that just doesn’t express the extent of what it’s about — and of course, that’s deliberate. What I can say anyway is, it’s multi-lingual. It was inspired by Brexit, actually, because they wanted to see how people react when they’re in a pressurising moment. Do they come together, or do they split up? We’ve got French characters, Spanish, German, Danish, English, Chinese, and each character is speaking their own language. So, they’re trying to communicate together. So, we have a lot of subtitles; sometimes they speak broken English — it’s sort of predominantly the English language — but very rarely, so they can’t really communicate that well. So, they’re on a boat from the UK to New York migrating in 1899, and very unusual and bizarre things start happening which I can’t say. All I can say is, working on the script has been a completely new experience — completely different and really challenging. A total labyrinth. 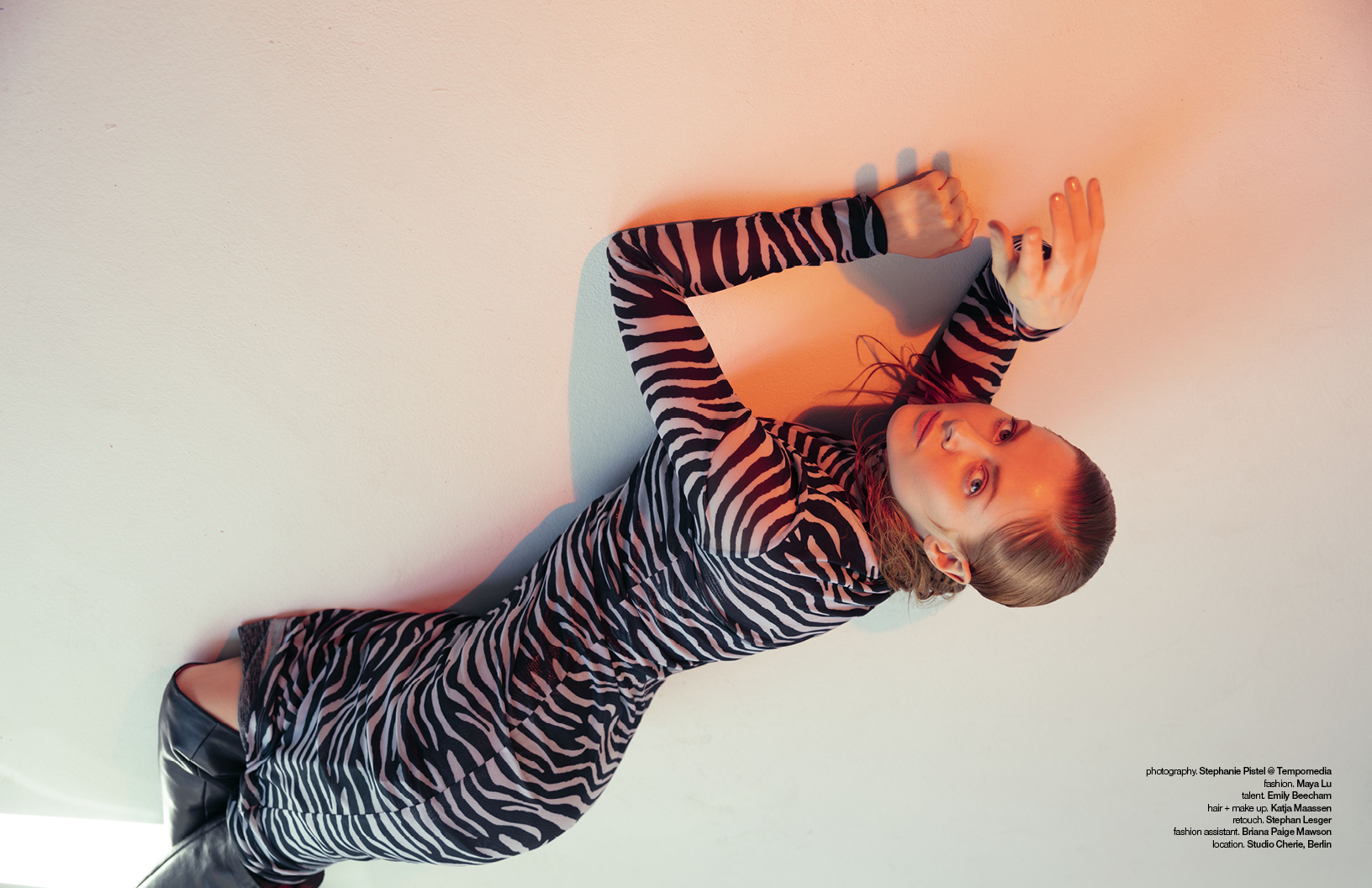 The Pursuit of Love is currently streaming on the BBC and Amazon Prime Video.
Cruella is in cinemas.