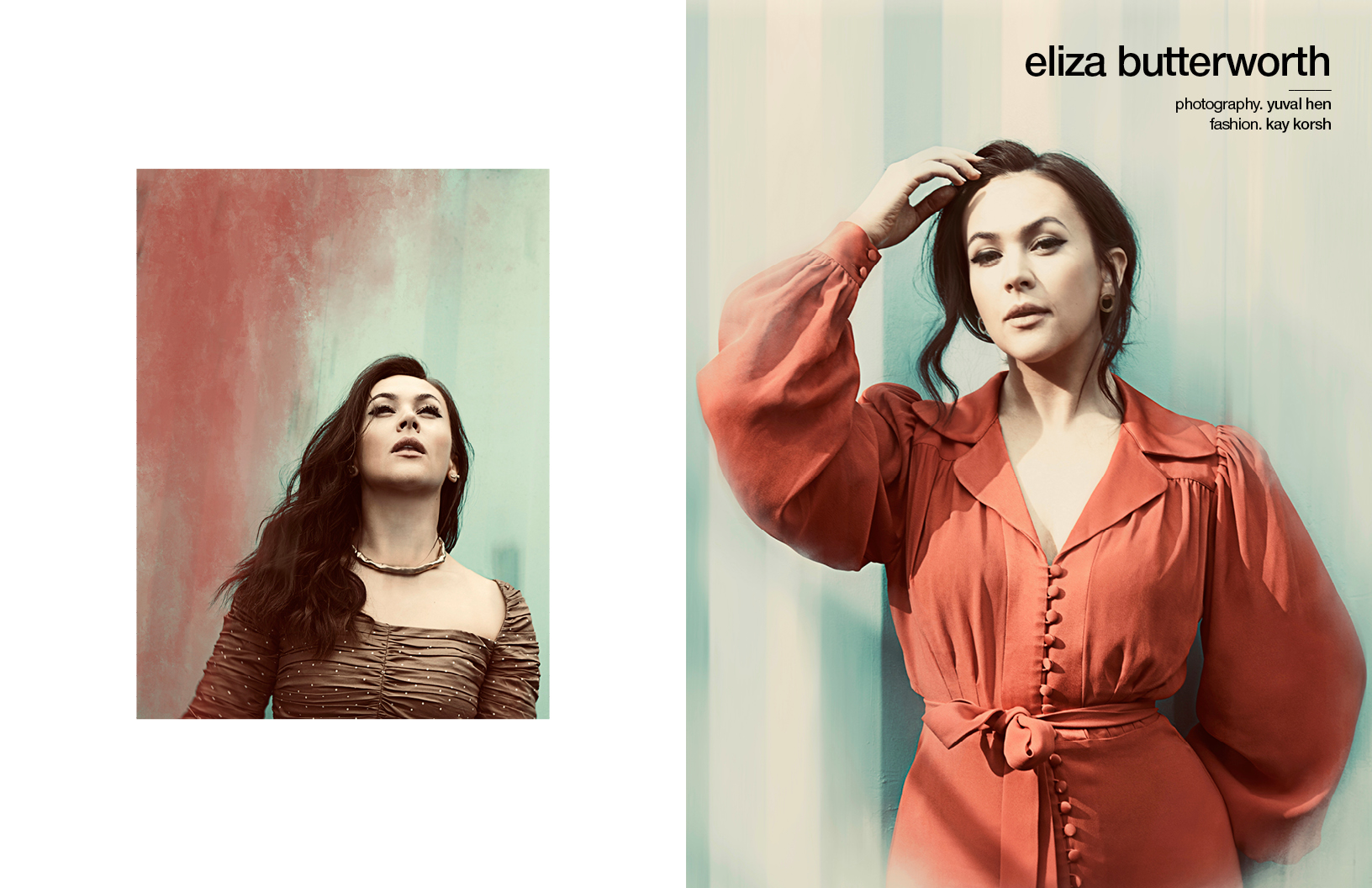 Eliza Butterworth’s bubbly and spirited personality couldn’t be further from her onscreen character Aelswith from The Last Kingdom — compared to Aelswith’s stone-cold demeanour, Butterworth is energetic, full of life. Butterworth grew up travelling to the American Midwest during summers to spend time with her Italian-American family. Butterworth’s warmth radiates from her Northern background, owing it to the kindness of her father’s side of the family and the people of Lincolnshire which she finds visiting often whenever time away from London is needed.

Trained in traditional theatre, Butterworth studied at RADA, one of the most prestigious drama schools in the world – it’s no wonder she has such range, from playing Aelswith to a comedic take on Princess Eugenie in the West End play The Windsors: Endgame. With The Last Kingdom coming to an end with its upcoming final season, and The North Water behind her, Butterworth speaks to Schön! about her time spent on the series, learning from co-star Colin Farrell and what projects lay in the future for her.

Your mum is Italian-American – what was your childhood like growing up with a background from Britain, America and Italy?

Growing up, my summers were always spent in the Midwest of America visiting my family and the Italian influence was evident in the gorgeous food and larger than life personalities. I have always loved Italy and find the culture and people so beautiful! Iowa, where my amazing mother is from in the States, is home to colourful cornfields, red barns and the best slice of apple pie. My wonderful father is from Lancashire; the lovely warm Northern accents and expressions from my father’s side of the family always make me smile! It was so fun being in a household with both the American and Northern English accents! I grew up in Lincolnshire where people are so kind, and to this day, I visit my parents and best friends all the time for a little break away from London.

How were last year’s lockdowns for you? How did you keep yourself occupied?

Last year’s lockdown really put things into perspective, and I felt so grateful to be able to spend the first lockdown with my parents and enjoy quality family time with them. Throughout the second lockdown, I moved to Budapest for eight months to film Season Five of The Last Kingdom and was extremely lucky to be able to work and stay creative during such a challenging time for the world. Coming back to a show that I have been involved in for so many years was a great comfort as we built our own family and lived in a bubble during this unconventional time!

Where, or in what roles, have you found using your drama school experience more useful than you expected?

The training we received at drama school was so vital to gain the discipline needed for all forms of acting! Being able to write your own work, use your voice, research for characters, be present and learn to play with other actors were just a few of the many important skills I learned during my time there. I especially needed my training to play Lady Aelswith in The Last Kingdom; having to tap into emotions and situations I had never felt or experienced before and make my performance as multifaceted as possible. I recently made my West End debut in a comedic play called The Windsors: Endgame where I needed to apply the skills of comic timing, concentration and physicality! 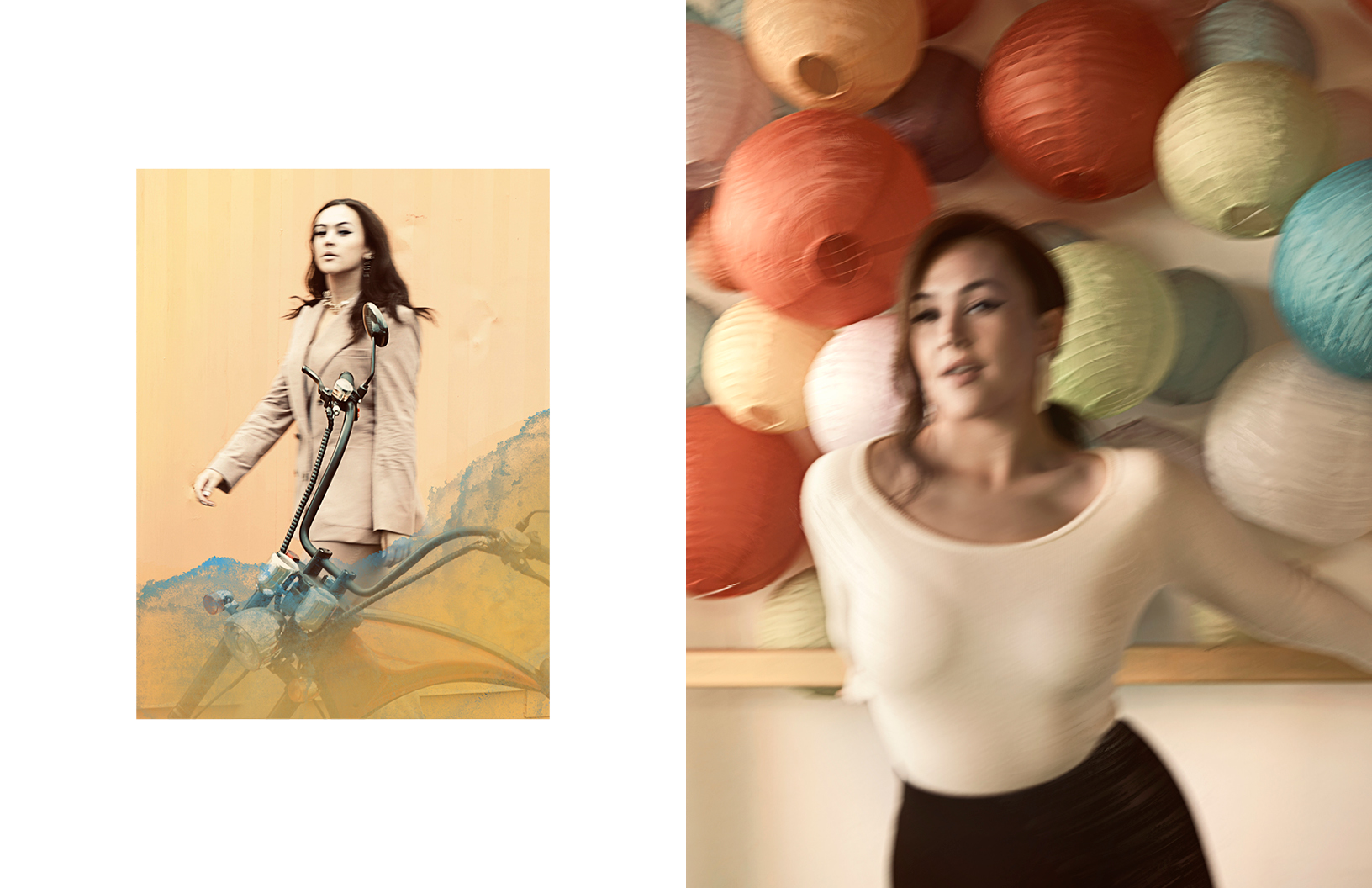 Some would say that RADA is more of a traditional, classical theatre-heavy drama school compared to other drama schools – for you, how does theatre compare against TV and film?

At RADA, we had a wonderful focus on classical text including Shakespeare, Chekhov, Ibsen and so many more! I loved working on this kind of material, but it was so awesome to delve into the world of filming there, too!  We had modules on screen acting which were so fun and we made short films together – getting to act in them and also be a part of the film crew where we learnt about the technical side of filming. A lot of the core skills I learnt about screen acting have come from working on the job and being thrown into the environment of being on set! There are so many incredible departments that come together to create a performance and it’s so fascinating to see how the cameras, lighting, sound, positions etc. can all have such a huge effect on the outcome of a scene. They are such different mediums of acting and require different technical skills. It is such an honour to be able to explore both!

You’ve previously said before that ‘theatre holds a very special place in [your] heart’. Is this your favourite/preferred performance medium? What about theatre do you find so special?

Truly connecting with an audience in real time is one of the most amazing experiences. Hearing them laugh or seeing them be moved by a story and a performance is so thrilling! There is something really magical about knowing that theatre is an ancient craft; people spanning from all cultures have been telling stories in front of audiences in this way for thousands of years. Connecting with other people and sharing in the same moment together is extraordinary and a wonderful form of escapism. I love performing on stage and on screen equally, but theatre is where I fell in love with acting!

What drew you to The North Water?

Being a part of The North Water was a fantastic experience! It was so awesome getting to play Hester as she was such a different character to anything I have done before. Being involved with such an astonishing cast was truly an honour. I loved the scripts and was so captivated by the epic tales of the Arctic!

What was it like working with your co-stars Colin Farrell, Jack O’Connell and Stephen Graham? What did you learn from them?

The cast of The North Water are so mind-blowingly talented and they give such iconic performances – being anywhere near them was a delight! I worked opposite Colin Farrell who played the terrifying role of Henry Drax and seeing him morph into this intense, bold and grotesque character in front of my eyes was a huge lesson in the craft of transformational acting!

The Last Kingdom is ending with one final season left – what should we expect in this last season?

It is so unbelievable to be a part of the final chapter to this immense and spectacular saga. Season Five is going to be so very special, and the audience can expect thrilling action, heart-breaking grief, tumultuous relationships, breath-taking performances and stunning visuals. There is so much soul to this story, and it pours out of every single episode!

With Aelswith growing older as The Last Kingdom’s seasons progressed, how did you prepare for the character change or respond to the development?

One of the biggest shifts in the characterisation of Lady Aelswith is her newfound vulnerability and insight. As she has grown older and endured so much pain and loss, the journey of the character has changed immensely. I have so enjoyed finding the softer and more empathetic facets to Lady Aelswith! Throughout this latest season, we see the love and care for her family more passionately than ever. The drive to keep her family safe and to protect the vision of her dear husband King Alfred is so strong, and yet we also see her apologise for the harsh behaviour of her past. Lady Aelswith’s grandchildren play a huge part in the story, and it was lovely to delve into these tender relationships. However, the action and adventure that she experiences in this season brings out a surge of ferocity, which will be so exciting for the audience to see! 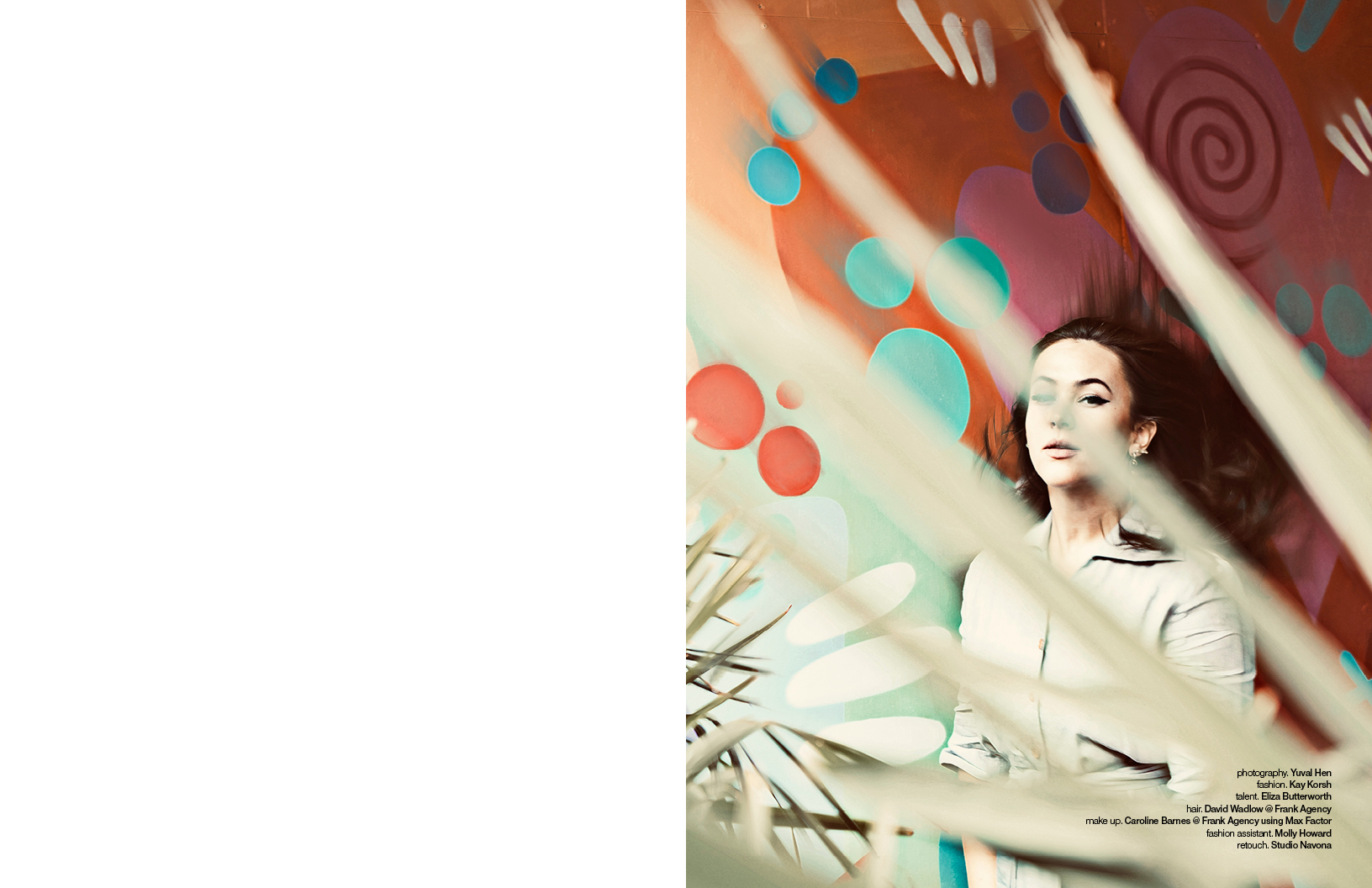 Has it been quite an emotional ride having been playing Aelswith as a continuous role for many years? What’s been the most memorable experience from making the show?

It has been the honour of my life being in the family of The Last Kingdom and getting to play this terrific and fascinating character! I have grown up on this job as an actor but also as a person. Being able to work with such magnificent actors such as David Dawson and Alexander Dreymon is without a doubt one of the most treasured memories of my life. Playing Lady Aelswith for all of these years has been the most invaluable experience, and I have learnt so much during my time on the show. It has been extremely emotional and saying goodbye to this sensational cast and crew was so tough! We are so thankful that The Last Kingdom has been received so well by our lovely fans all over the world, and we are so excited to share this chapter of our story.

Generally, how has it been working on The Last Kingdom since its production? Any key takeaways?

The Last Kingdom is made up of the most outstanding cast and crew. We have built a huge family over the years, and we still have so many of our core crew who started with us on the first day of shooting season one back in the winter of 2014! We have had the most brilliant cast coming in and out of our show and every single person has been so kind, generous and fun so the set is a wonderful and playful place to be! I am always in awe of our sets and props which totally bring the show to life and we film in Budapest which has become one of my second homes. One of the most iconic and cherished memories from Season Five is getting to be directed by the insanely talented and phenomenal Alexander Dreymon (Lord Uhtred) himself!! It was so moving to see Alexander take on this incredible position and do the most immense job – we are so very proud of him and excited to see his stunning work! I have made lifelong friends on The Last Kingdom — although I can safely say I will be leaving the Saxon hairstyles back in 900 AD!

Where do you hope to see yourself, professionally and personally, in the next five years?

I am so very grateful for all the fantastic projects I have been involved in over the years and I would love to continue playing interesting, challenging and eccentric character roles. I have loved dipping into the world of theatre and am so excited to try my hand at Shakespeare and classical text. I would love to travel more in the future, spend time with my family and friends and get better at cooking!

The North Water is currently streaming on AMC+.
Season five of The Last Kingdom has been announced.