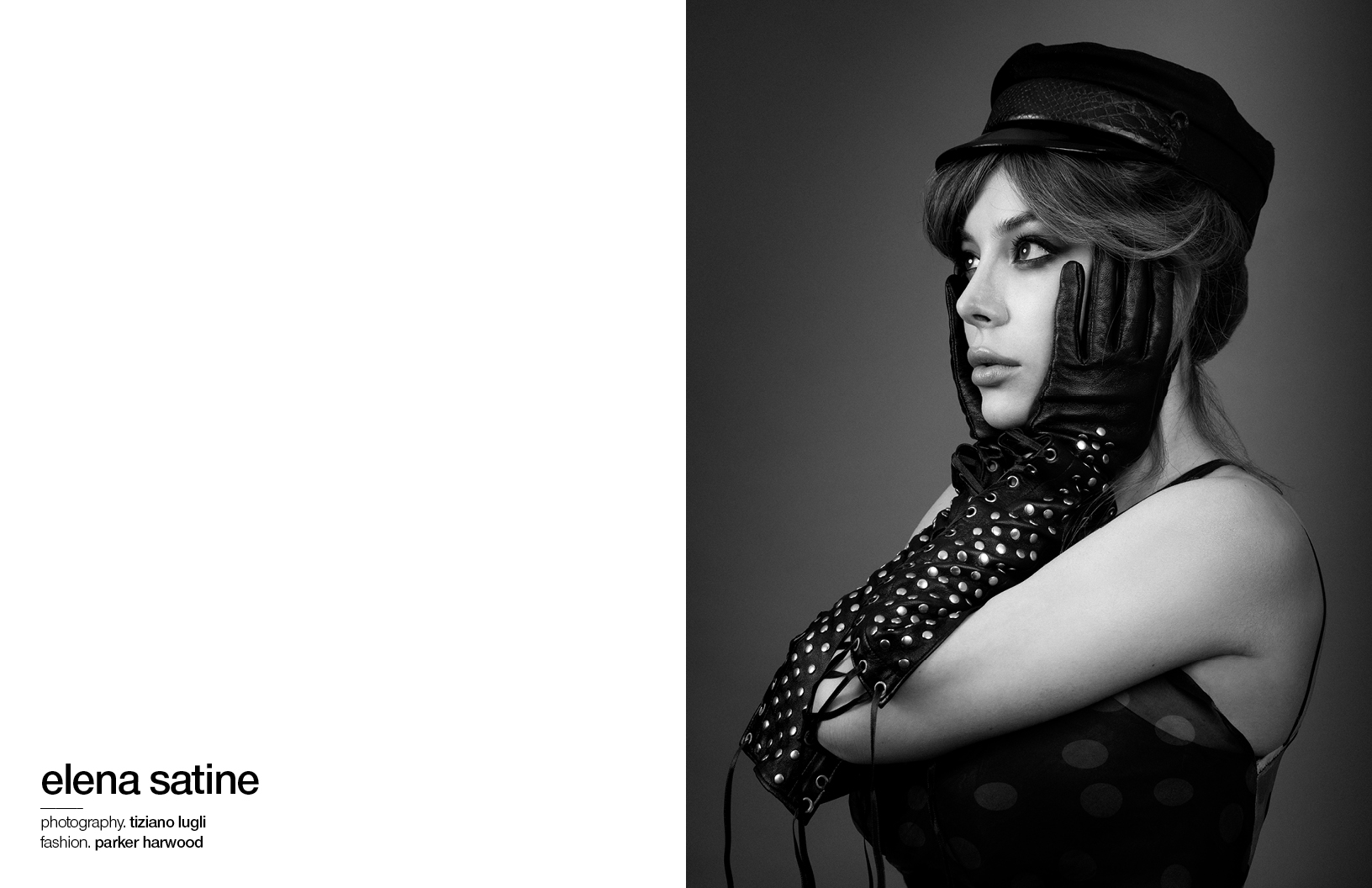 The year is 2071, and a series of catastrophic events have thrusted humanity from planet Earth into the galaxy, where we now exercise indomitable control. Punctuated by punchy fight scenes, a multi-layered storyline and a science fiction film-noir backdrop, this scenario sounds like the setup for a live action Tarantino film — except it’s not. It’s Netflix’s reboot of Cowboy Bebop, an iconic 90s anime series with legions of diehard fans eagerly absorbing Netflix’s take on the classic show.

Among the stars to scintillate the screen is Georgian-American actress Elena Satine, who plays the role of Julia — a ride-or-die assassin amped with a low-key bravado that is highly seductive and overwhelmingly desirable. In the original anime series, the history of Julia is relegated to the storytelling of other characters; Satine, however, enhances the dynamism of this intergalactic seductress by reinterpreting Julia through her own words and self. The actor talks with Schon! about her reimagined version of Julia, the delicious exasperation of a femme-led car-chase shootout and gearing up for the holiday season with her family.

Hi Elena! So nice to meet you. How familiar were you with Cowboy Bebop prior to joining the cast in the Netflix reboot?

Hello, pleasure to chat with you. I’ve been a Bebop fan for over a decade. I remember being told “Even if you don’t like anime, you’ll like this one”, and it’s true. I think it’s one of the greatest cinematic works in existence. I revisit it every few years and I feel like I discover something new every time… and today, it’s remarkable to see how far ahead of its time it was.

I didn’t personally get to speak with Shinichirō Watanabe, but I did get to work closely with Yoko Kanno in creating an original song for Julia, which was a total “pinch me” moment. The music of this show is so definitive. As far as the anime moment goes, it’s got to be the Cathedral scene… probably the most visually iconic in the series. To be a part of that, and to put a fresh spin on it was exhilarating. 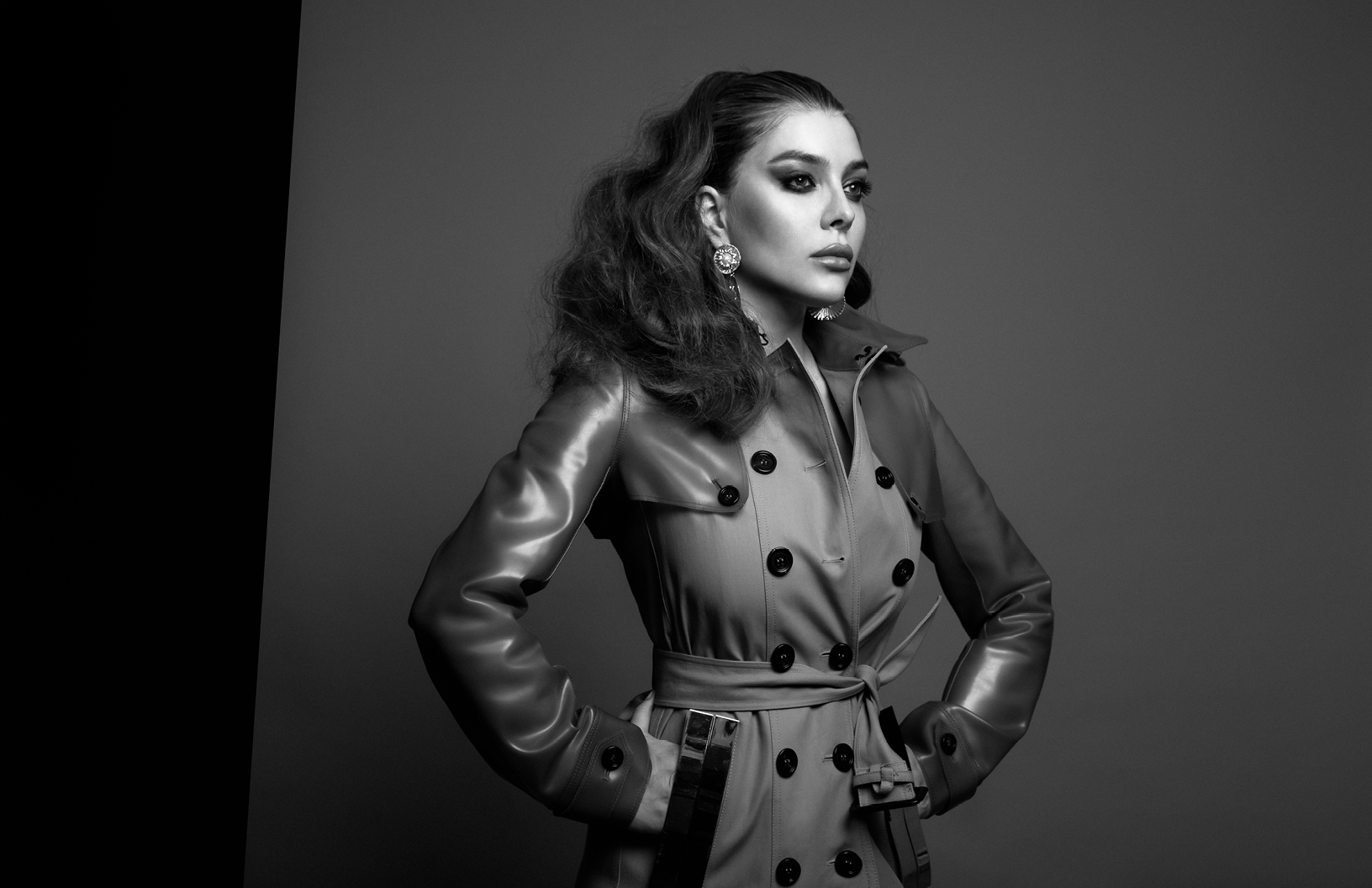 Was there any trepidation in recreating an already established character within an idolised series? How did you overcome those feelings?

Yes and no. There was definitely a collective responsibility to get it “right” for the fans, nailing the tone and the mood of the piece. For me though, playing Julia, there was not … overwhelming pressure, per se, because so much of Julia’s story in the anime is told off-screen. I felt like there was a lot of freedom for me to find her nuances.

How did your approach to this role differ from that of other roles?

This was a tough one to crack because what is known of Julia is purely perception. She’s lore; a story that the other characters tell. She had to be excavated, in a way. I started breaking down the scripts by making two columns — one listed everything that every character says about her, and the other, everything she says about herself. I found her truth somewhere between.

Do you have a favourite episode, or Julia-centred scenario, from the original series? Did you get to reenact this at all in this reboot?

Honestly, my favourite anime Julia moment is when the doves fly. However, I’m not rushing to get there. That part I am looking forward to is the meeting of Julia and Faye. Two badass ladies in a car chase shootout…?! Sign me up!

In what ways has the dynamic between Julia and Spike Spiegel evolved in the reboot, compared with the 1998 anime series?

I think it’s about waking up from the “dream” to find that they are strangers. There was a certain projection, on both their parts I feel… and also a purity that is long gone in the present day. They are different people now and we get to dig into how that changes their dynamic in our show.

One of the most prominent underlying themes within the original anime is loneliness tied into the inability to escape one’s past. What would you say is the new overriding moral or theme to this series?

I wouldn’t say there is an overriding theme. Part of getting it right was really being faithful to the message of the original piece. The show is still very much about loneliness and running away from your past while running towards it all at the same time. 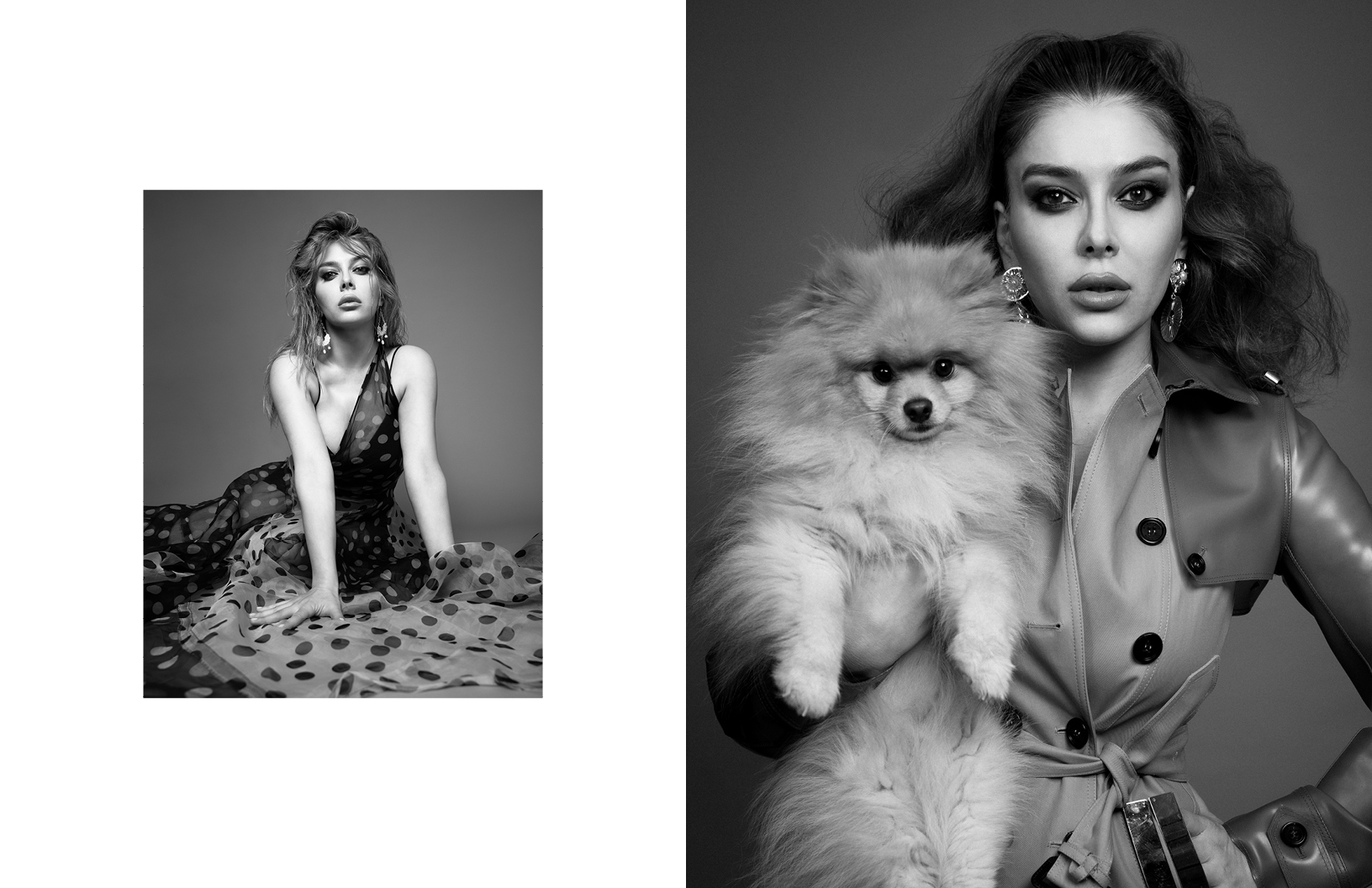 Your character, Julia, is every bit the ‘ride or die’ femme fatale, whether it be in the original anime or this futuristic rendition. In what ways did you add to her persona, or create new -isms for her through your interpretation of the character?

She is “ride or die”, but in our series she finds a way to honour herself first. I think that’s a really beautiful take away for Julia from season one… is putting herself first and forging her own path to survive a very violent world. For my Julia, “All is fair in love and war”, and I look forward to unpacking what that means moving forward in her new position.

I feel like there’s a twisted, yet discreet sexual tension between Faye and Spike. Julia, however, is the love of Spike’s life. Can we look for a new twist in the way Julia fits into Faye and Spike’s petty rapport?

I always felt that sexual tension between Spike and Faye in the anime as well. I don’t really know how Julia fits in as she has yet to Faye or Jet in this world. On set, it feels like we are making two different shows because we are never together…. I do hope our worlds collide in season 2, because I think there could be some really great dynamics at play.

The style of this reboot — from the colours within the cinematography to that punchy feel in fight scenes that is characteristic of the anime series — is pretty spot on. What aspect of this adaptation do you think Cowboy Bebop fans will be most surprised by?

It is pretty spot on…so hopefully they will be pleasantly surprised by our tenacity. And of course the huge awesome surprise at the end of season 1!

What do you hope will most resonate with viewers from watching this updated take on arguably the best anime series ever made?

I understand there is a lot of trepidation when a show like this is looming. There have been anime adaptations in the past that failed to deliver, so as a fan, I get why people feel so guarded. I believe that we have succeeded in building onto what was already there in a really organic way. And I believe the fans will recognise that. I want nothing more than to make this fandom proud. 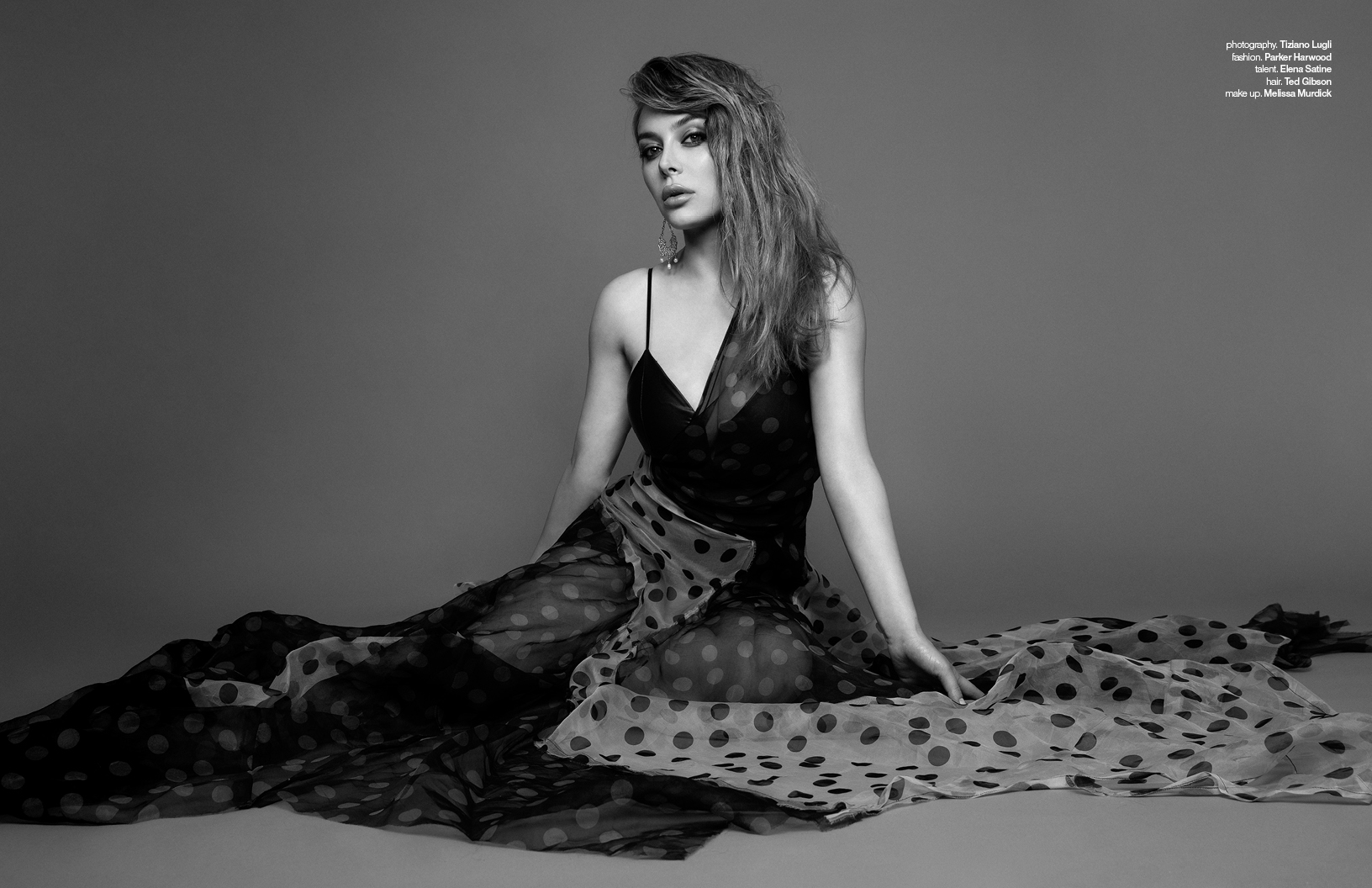 Outside of Bebop, what else has been keeping you busy recently? Any new hobbies or activities you’ve been enjoying?

A couple of different things, DIY projects around the house, working with my hands in a creative way. Also, dipping my toes in other aspects of the business… my husband and I wrote a wild 1970s Rock and Roll pilot during our 2 weeks in New Zealand quarantine so I have been actively developing that and loving every minute of it.

Spending the holidays with my family. I think everyone is looking forward to some sense of normalcy this holiday season.