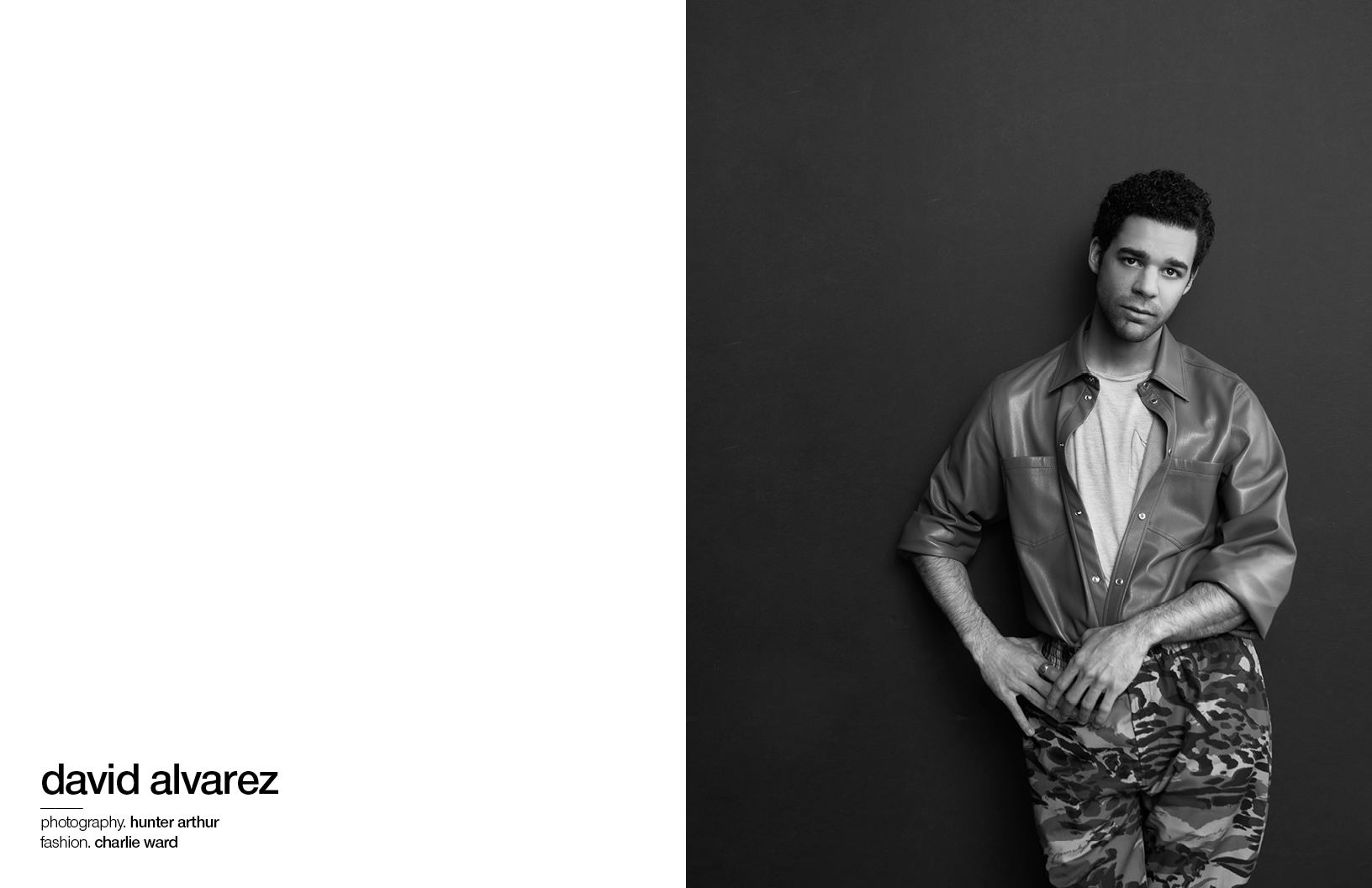 “Love breaks boundaries; fear and hatred makes them.” David Alvarez seamlessly stitches sentence after sentence, using his intellect to make sense of our troubling world. He has a way of presenting his wonderfully dynamic reality — rooted partially in his army experience — whilst also conveying deep emotions as both a dancer and actor. Alvarez has had an intrinsic star quality since he was cast as Billy Elliot on Broadway and won a Tony award at only 15 years old. Today, he manages his own style to create a new rendition of West Side Story’s famed Bernardo, expanding the conversation on what these characters and films represent in our current times. We sit down with David to discuss his army experience, his background as a dancer and how love can break boundaries.

Hi David! How is life these days?

These days it’s about spending time with my family and close friends and preparing for the next project.

Where were you when you heard you were cast as Bernardo, and how did you feel?

I was at home, and it truly was a dream come true. I had wanted to be affiliated with West Side Story since I first saw it on Broadway as a young kid.

So what does West Side Story symbolise to you?

West Side Story symbolises love to me. The importance of love and the dangers of fear and hatred.

You’ve talked about training for the film — do you mind giving us a walk through on what a training day was like for you during West Side Story?

Training was intense, with a lot of different elements to implement. I started taking boxing classes to get into shape and continued dancing, singing and acting classes. I also took dialect sessions. 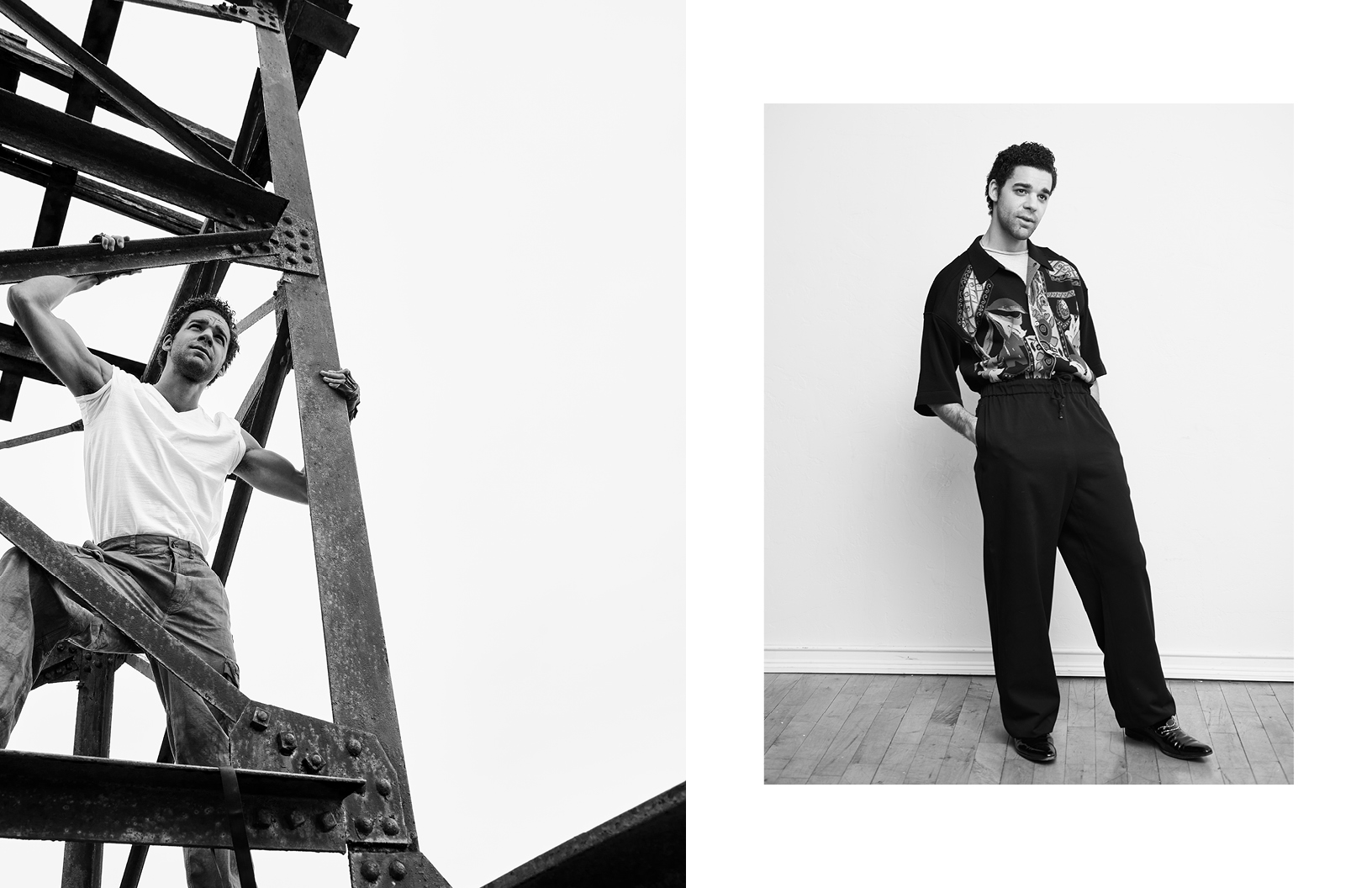 When you were 15, you won a Tony award for playing Billy Elliot. What were the following days like after you won the award? How did you celebrate?

It was such a beautiful experience. I got to celebrate with my family and friends. It was so unexpected that I don’t think it ever really hit me.

Could you name a couple of standout moments from your childhood that shaped you into the dancer and actor you are today?

I remember my first ballet class when I was 9. My mom had taken me to see if It was something I’d be interested in. I originally wanted to play soccer, but after taking the ballet class and seeing how challenging it was, I knew I was going to enjoy it. If something seems difficult, it intrigues me, and ballet was very difficult. I took it as a challenge to continue dancing and getting better at it. I take that mentality into my acting as well.

You were also part of the US Army. What inspired you to enlist?

Ever since I’ve been young I’ve had a fascination with ancient generals and military tactics. There’s also a sense of camaraderie that is absent in a lot of places. You feel as if you belong to something bigger than yourself. I wanted to experience the military life and see it for myself.

Are there some parallels and differences you can draw between training for the army and training to be a dancer?

I think the main commonality is that they both require a lot of discipline and belief in yourself. The main difference to me is that the army is gritty and rough and dancing is graceful and sensitive.

What were some of your first memories of serving in the army?

I remember during training they wanted our company to go through a tear gas chamber so that we could understand what it would be like if we ever came in contact with this gas. One by one, we walked into the chamber and took off our gas masks — and all of a sudden you can’t breathe, your eyes tear up, and you have to recite the Soldier’s Creed. We’re in there for about five minutes before the drill sergeants open the gas chamber doors and we all start flooding out for some fresh air. I remember thinking, ‘who in the right mind would volunteer for this?’ I looked around and saw all my platoon mates going through the same thing. We bonded, and we knew that no matter how tough it got, at least we could count on each other and know that we were all in this together. 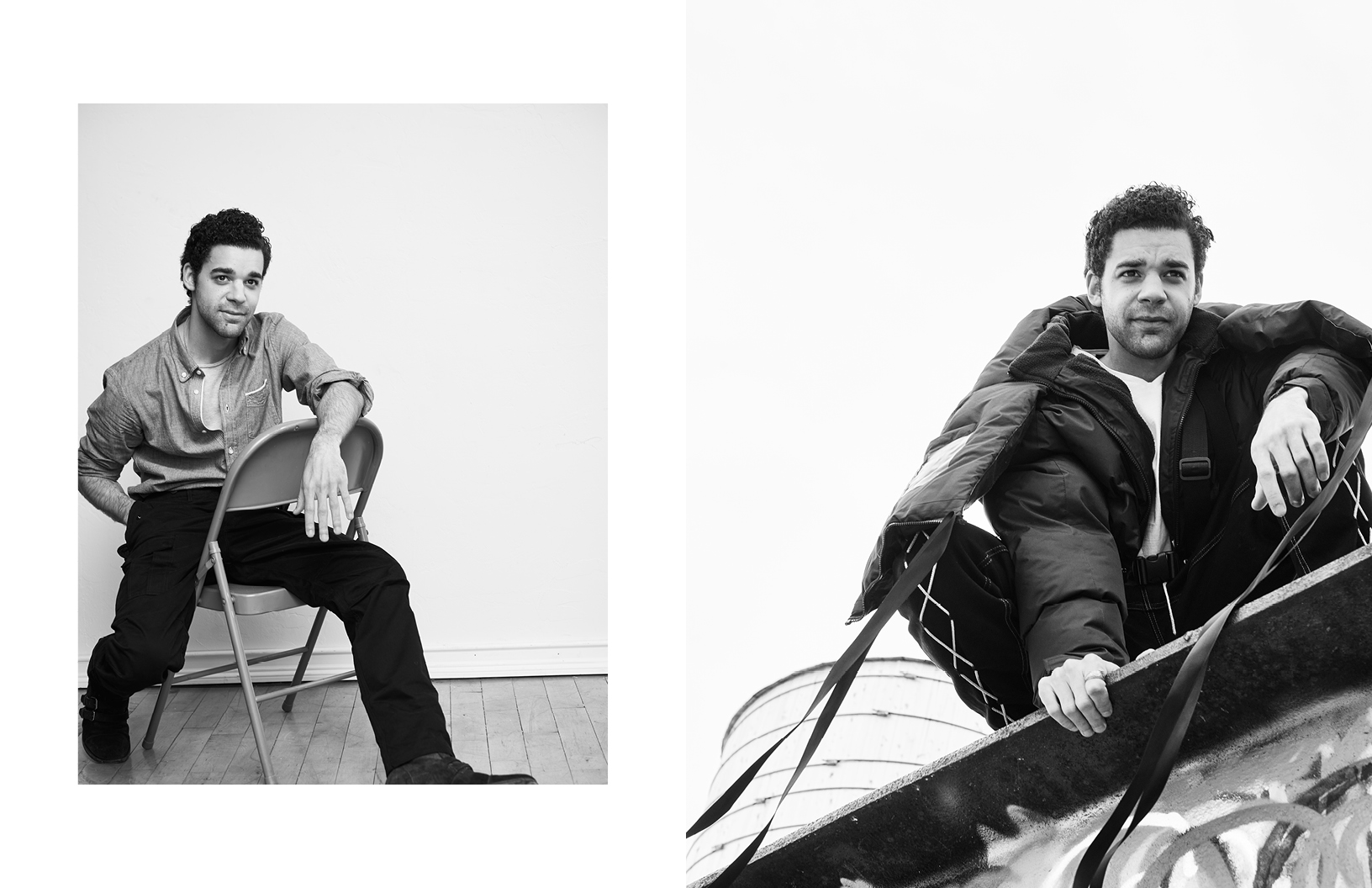 West Side Story focuses on social issues, and some of the most difficult topics — love and war. You also play the leader of the Sharks, Bernardo, who knows a lot about love for his family and is ready for a fight. What do you think the film says about love and war?

Love breaks boundaries; fear and hatred makes them. The film is a tug of war between love and fear, between understanding each other and not understanding.

West Side Story has been a classic since 1957, and now has inspired Steven Spielberg to make a new version. What do you think the perspective of 2020/21 brings to this story?

Steven has a vision for this film that he’s had for a long time. It’s an important story that scopes in on so many important aspects of life — love, fear, understanding cultural differences and accepting each other. The struggles of migrating to a new place for a better life. It’s a story that most of humanity, regardless of generational era, can resonate with.

You also recently played Isaac English in American Rust. Looking back, what has stuck with you most from the experience of making that?

I think Isaac English is the polar opposite of Bernardo. I think what has stuck to me the most is that exploring completely new ways of being can help gain a whole new perspective on life. You learn a lot through all the characters you play.

What is one physical item you would never let go of?

Well, sooner or later I have to let go of this body, so there’s no item I need that much.

Love each other, understand each other. Always thrive to be a better person. 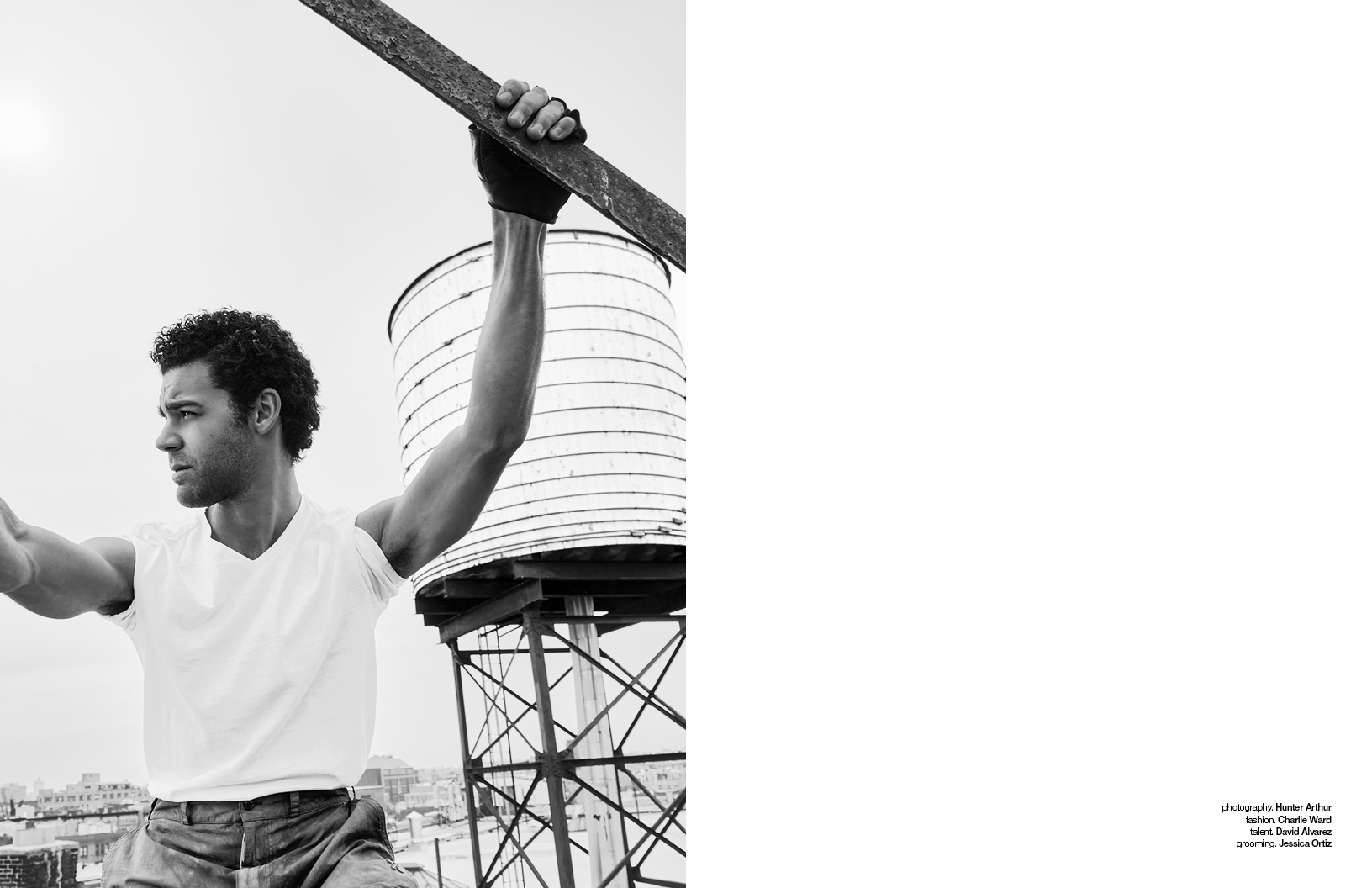 West Side Story is currently in cinemas.