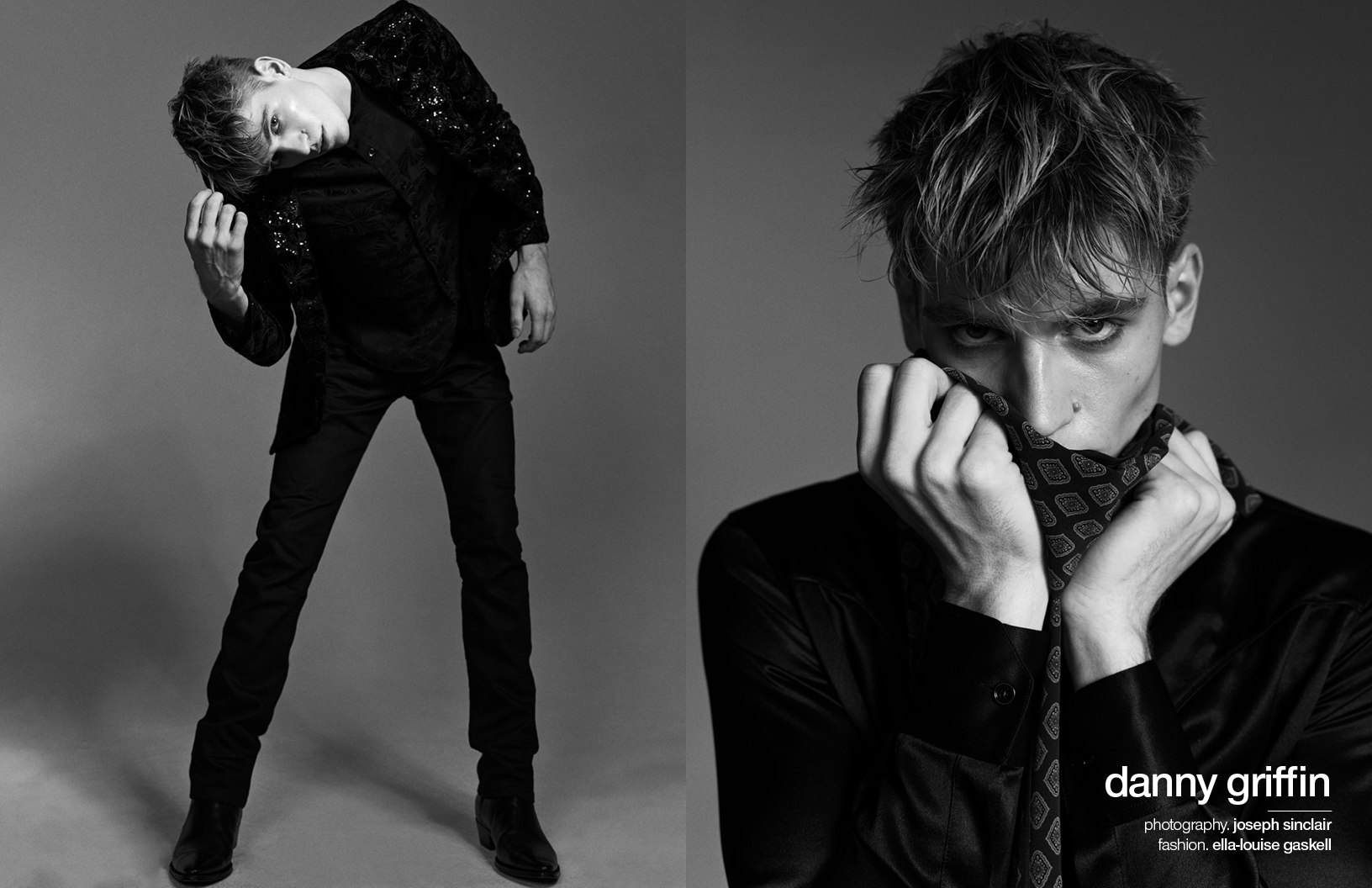 As one of the stars of Netflix’s new series Fate: The Winx Saga, Danny Griffin proves he’ll have a long career ahead of him. Fate, a live action remake of beloved cartoon series Winx Club, brings Griffin to the mystical world of Alfea — a magical boarding school for fairies to discover and develop their powers. On campus in the Otherworld, the fairies of Alfea are met with a host of challenges: sorting out friends from foes, love triangles and a battle against the monsters lurking in their territory.

In the midst of all the excitement and buzz surrounding the show, Danny took a moment to speak with Schon! about how he got his start, what’s been keeping him busy in the pandemic, and what it was like to prepare for his role as Sky.

Hi Danny! Congratulations on the new show! How have you been?

Thank you! It’s been a very interesting year for not just me, but the world. If I’m honest, I’ve been very fortunate with my quarantine situation. I’ve been taking one step, day at a time. I’ve had plenty of books, films and Netflix to keep me entertained. I also learned to cook this year, which was both fun and disastrous.

Let’s go back. What is your earliest acting-related memory?

My earliest acting memory would be Oliver — no, not the West End version; our school play version. I played ‘Bill Sykes’ and my invisible dog ‘Bullseye.’ I was eleven at the time. Those were the days. 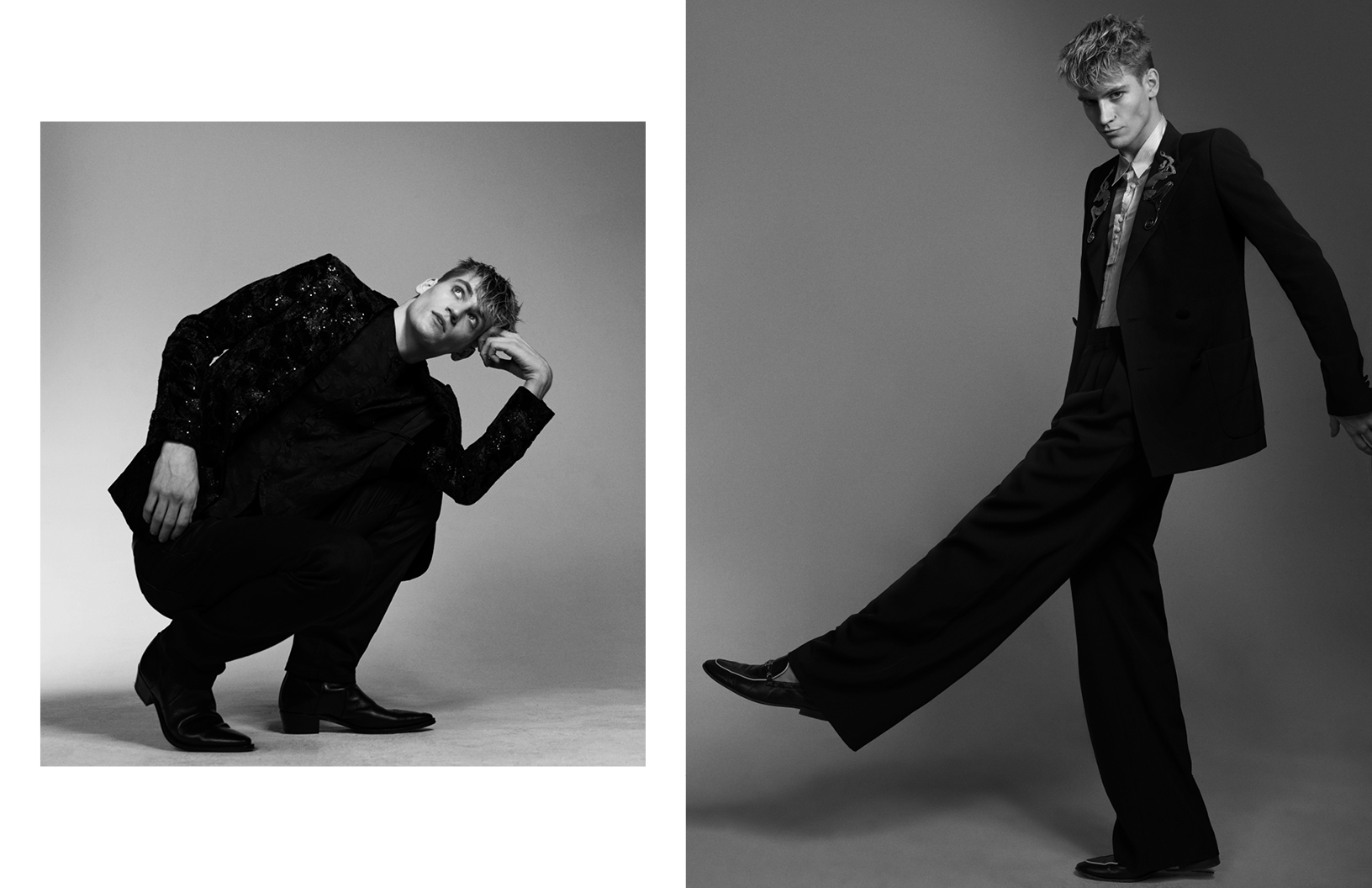 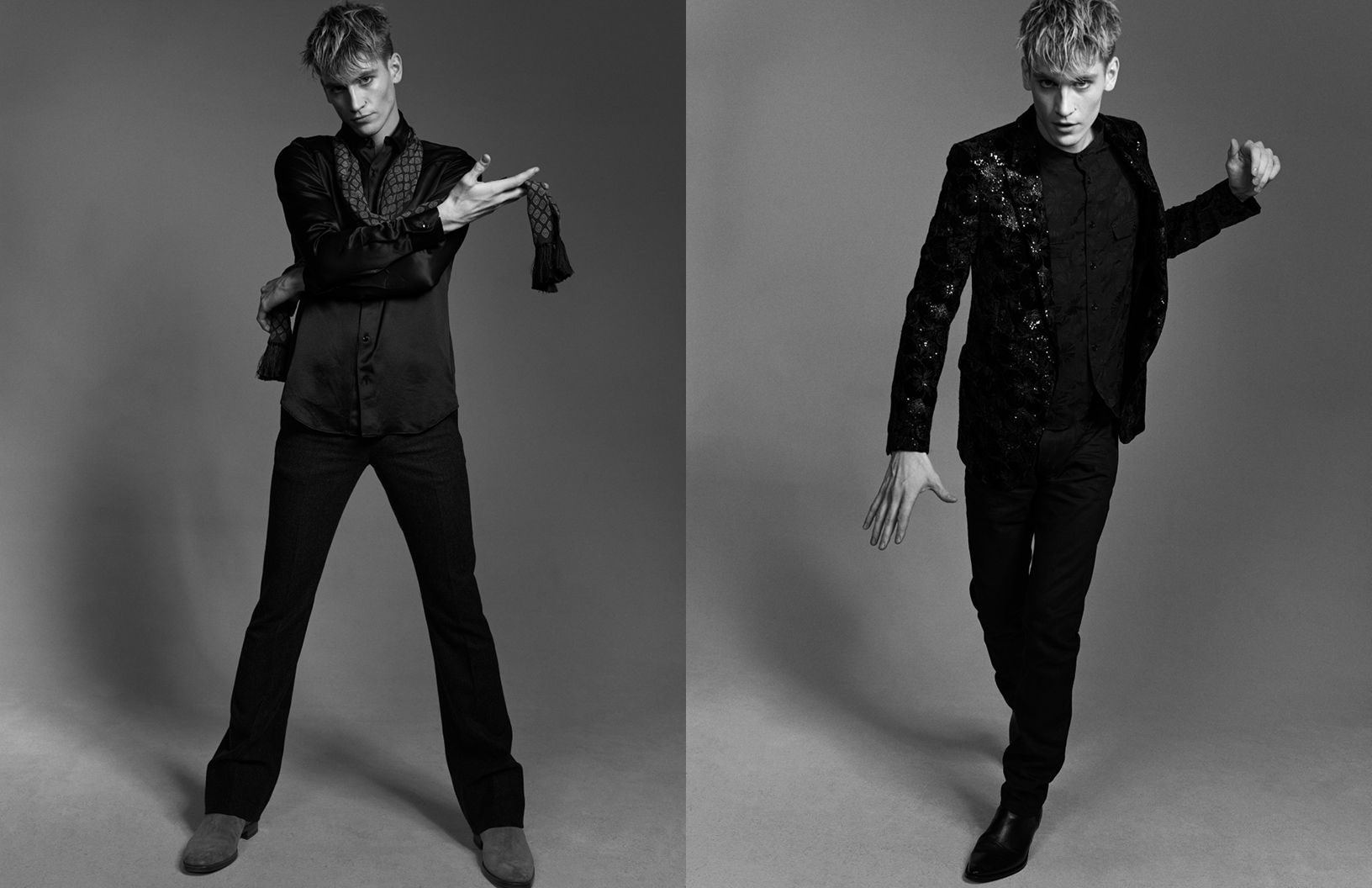 How did your on-stage experience in shows like The Railway Children prepare you for Fate?

The cast was made up of actors who had either studied at drama school or have been doing it for the last 20 years. Those were the days before social media existed — acting was about acting and done for the love of it. I definitely wouldn’t be where I am if it wasn’t for a particular cast member who kept me grounded. He gave me the best advice about acting. He said, ‘acting isn’t a race. It’s a marathon. It’s like the story of the hare and the tortoise, but you’re not the hare in the story — you’re the tortoise.’

I mean, for the little bit of theatre that I did, there was a huge difference in theatre acting compared to screen. For one, everything in theatre is big and loud because you need to be speaking to the person at the back of the stalls as well as the front. In film, it’s different; you can be as quiet as you want and make your gestures as small as possible because there’s a sound man with a mic above your head and a camera three feet from your face.

So how did you first become aware of Fate: The Winx Saga, and what made you want to pursue the project further?

I had not heard of Winx at the start of the auditioning process, but a friend of mine who is a big fan of the cartoon series said that she was thrilled that I was auditioning for it and sent me loads of info about the cartoon show. I loved the story and was very excited to start working on the project when I heard I had the part. Who doesn’t want to be a part of swords, monsters and magic?

What did your preparation for Fate look like? Did you have to do any fight training?

We had an amazing stunt team that worked very closely with me and my co-star Freddy. We first trained with foam swords, and once we had the routine down we moved on to wooden swords, which hurt a lot when you missed a swing or mis-timed a beat. I had many bruises on my fingers and knuckles by the end of filming. In the cartoon, the characters have laser swords — thank goodness we weren’t using those! Don’t get me wrong, I love Star Wars, but if our swords glowed we might have been sued by Disney. 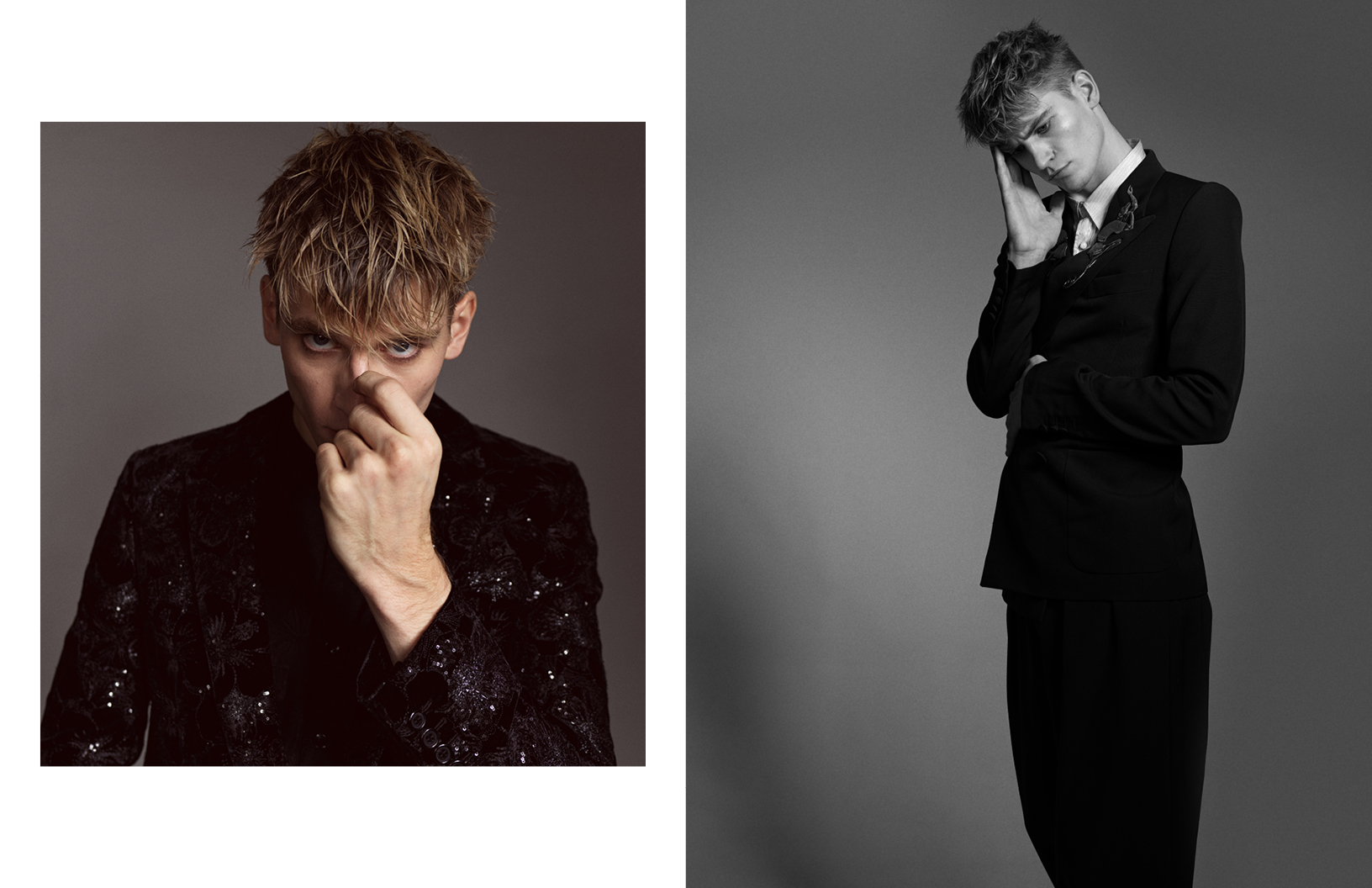 The original Winx cartoon has a pretty active fanbase. What were some of the challenges remaking the original cartoon into a newly conceived live-action series?

Well, Brian, the writer, has done an incredible job adapting the cartoon show into his live adaptation. I think fans will be very excited to see what we have done. It’s still the same characters you know and love, but they are being shown in a different light. I think that part is quite exciting — there’s so much to draw from in the Winx world and, you won’t be left disappointed.

The show follows a group of young adults as they develop and learn the strength of their supernatural powers. In your personal life, what do you think is your greatest strength? How do you apply that strength in acting and to your character, Sky?

Sky is different from me in a lot of ways, but I guess what we do have in common is that we do try to see the best in people. Since I was about six years old growing up in Cornwall, I was in the woods every day with sticks pretending I was Jedi. Technically, I’ve been training to play Sky since I was six. Ha! I suppose that’s a strength, isn’t it?

Sky is challenged with his loyalty to past relationships while also navigating new experiences and friendships. As someone who recently became a lot busier thanks to this Netflix series, how do you balance existing relationships or friendships with new ones?

If I’m honest, I only have about four or five very good friends. The cast are now part of that group; they are such down to earth, lovely, kind people. So in terms of balancing friends, I’m lucky I’ve never had to do that because I’ve had the same friends for years.

Although a fantasy series, Fate covers very real and relatable topics like developing identity and personal agency while learning about origin stories and ancestry. What do you hope people take away from the show?

I think the show is very relatable in a lot of ways to how and what it feels like to be a teenager. Everyones has been to school. They know what a first day feels like — terrifying! We all had thoughts like, ‘Who do I talk to? Should I talk to anyone, or should I let someone just come to me?’ Also, the feeling of being different and not fitting in. We see that in Fate: each character doesn’t fit in and is different, and I think that’s celebrated in the show. Who wants to be normal? That’s so boring. Each of the five fairies are so diverse and have a lot going on that you don’t necessarily see. They all have very interesting character arcs, and there are characters you might not like at the beginning but by the end, you may have changed your mind. 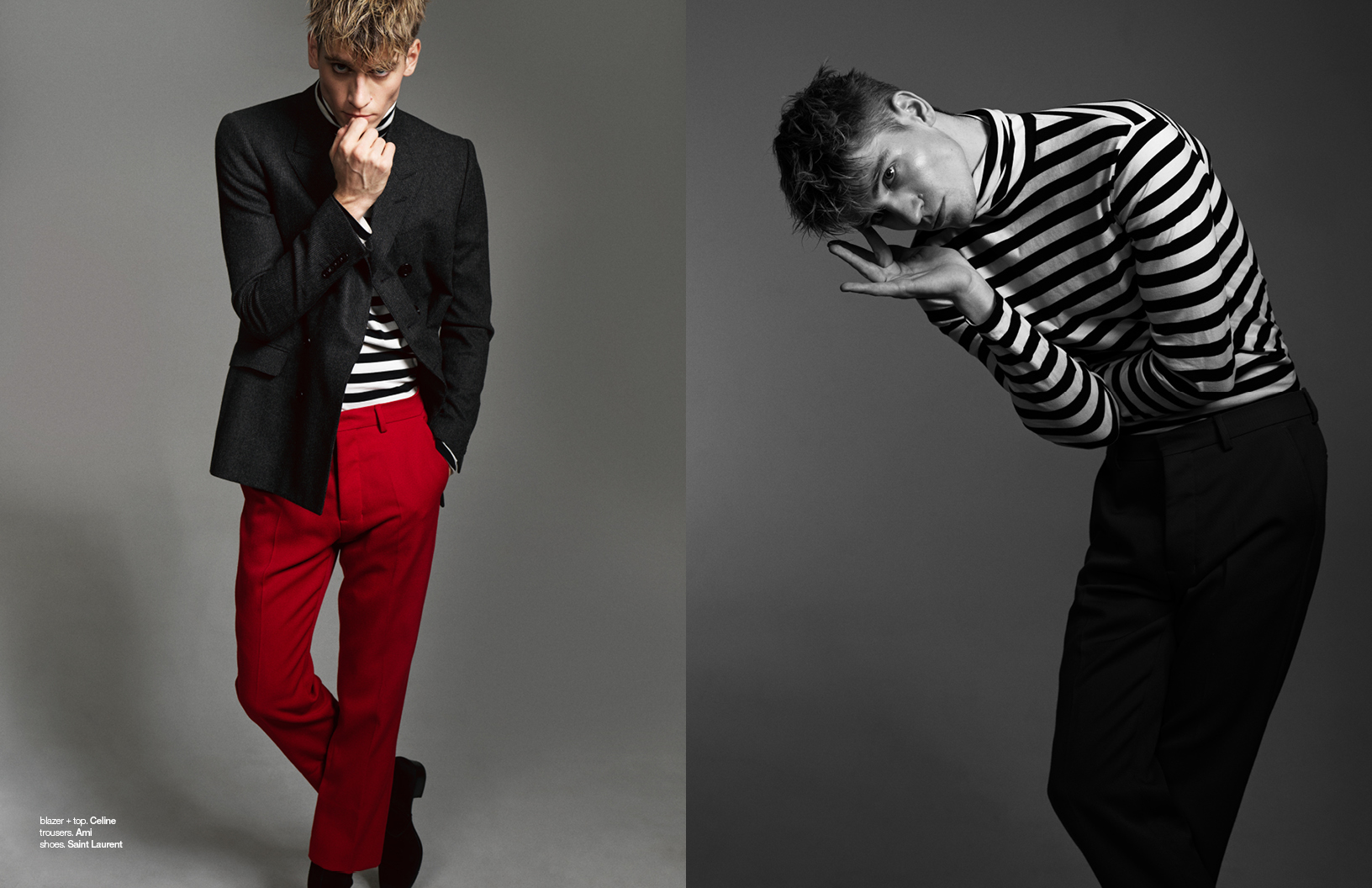 The pandemic altered the way many of us, especially those in the entertainment industry, can safely work. As an actor, how did you navigate limitations in response to the pandemic in 2020 to continue to work on this show, and what was that experience like?

Luckily enough, we weren’t in a pandemic when filming Fate, but if we go back for a season two, we will abide by all the rules and regulations to ensure everyone on set stays safe. It is a crazy time to be alive, but we have to just get on with life as safely as possible.

It’s tricky because looking back, if it wasn’t for The Railway Children and the people in it who kept my feet on the floor, I definitely wouldn’t be where I am. I think a lot of things do happen for a reason. If you don’t get one job, that doesn’t mean you’re never going to work again. Something else will come along. It could be in one month, in one year or even in two or three. Acting is not a race; you have to be patient. I would like to be doing this job until I’m 90. I don’t think I’m in a position to give advice to a younger actor since I myself am still learning and am very new to this industry. I guess one thing I could say is that it does get a tiny bit easier as you go on — the first audition is always the scariest, but it will get easier the more confident you get, That’s my two pennies worth.

What are you most looking forward to for 2021?

Fate and [seeing] what people think. And getting out of this pandemic. Small steps! 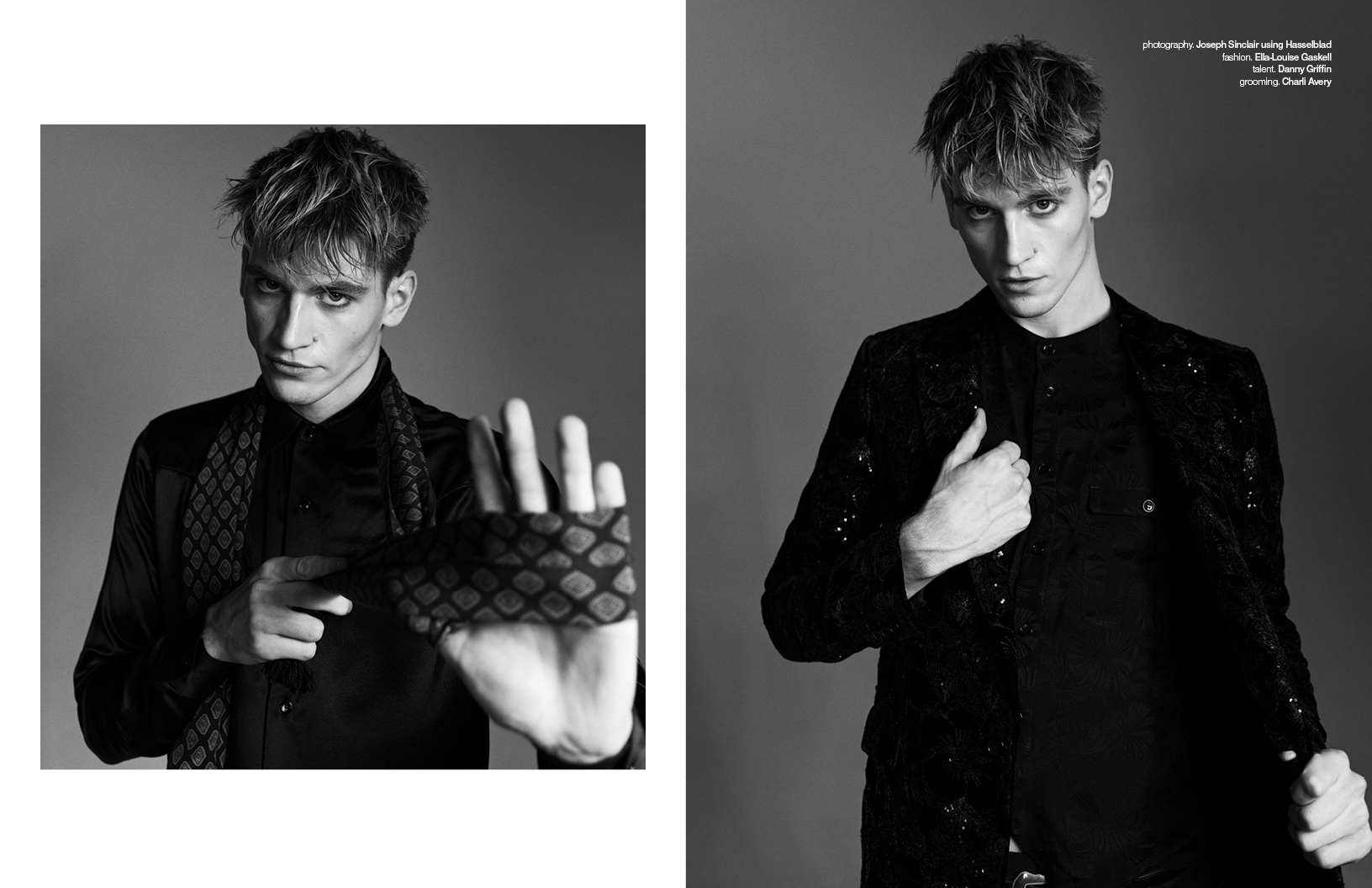 Fate: The Winx Saga is currently streaming on Netflix.