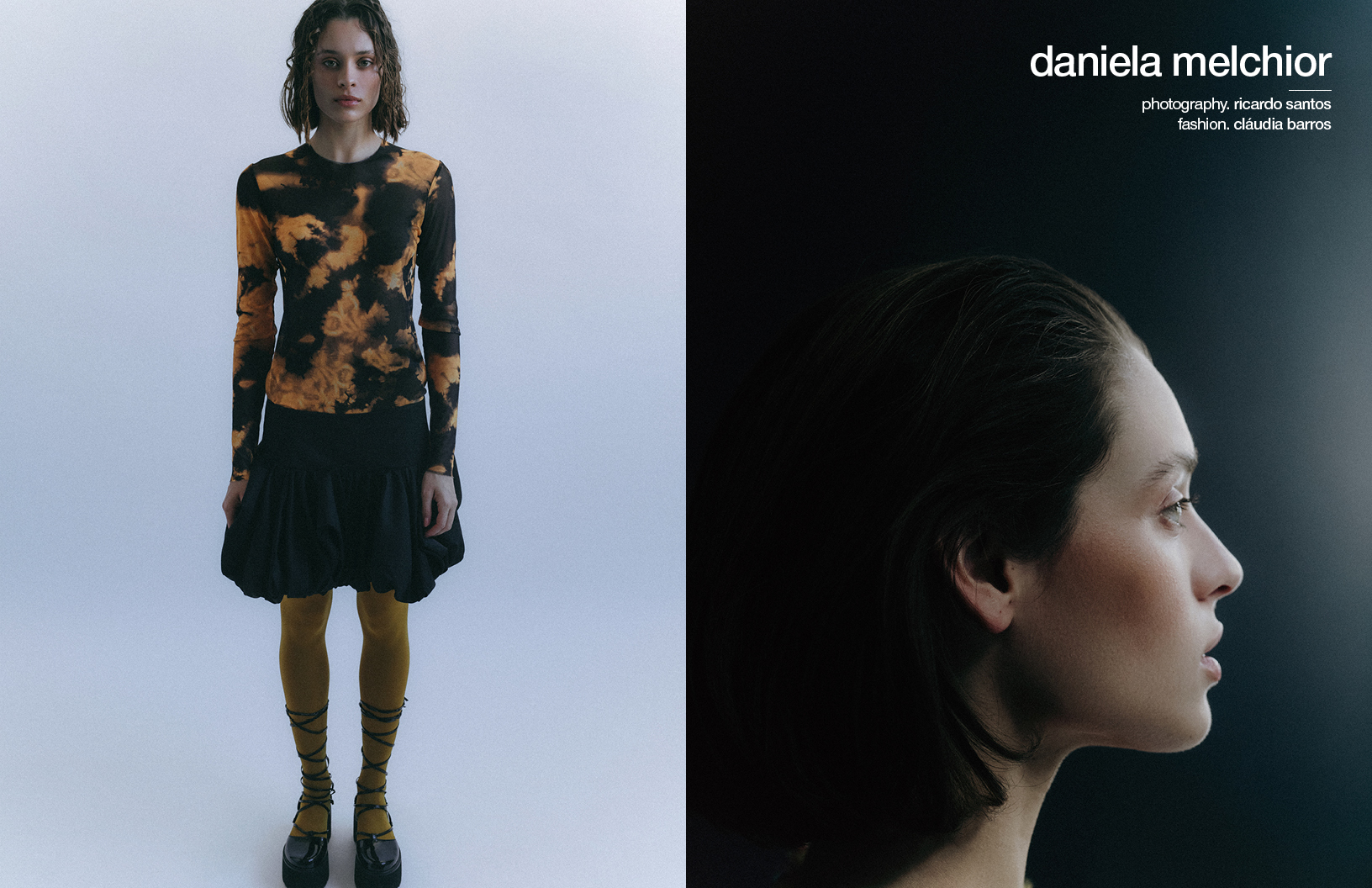 Daniela Melchior‘s Hollywood come-up may have been unexpected, but it certainly wasn’t undeserved. Although The Suicide Squad — currently in cinemas and streaming on HBO Max — is the actor’s first English-language production, Melchior is an obvious talent, having cut her teeth working on numerous films and series in her native Portugal before landing the role of Ratcatcher 2 in James Gunn’s global hit.

Now, as The Suicide Squad propels her to international stardom, Melchior has fallen in love with her newfound fandom, frequently taking to both Twitter and Instagram to share the many Ratcatcher 2-inspired drawings and creations fans have made since the film’s release. Getting this role, she tells us, was “like destiny.” Schön! spoke to Melchior about landing the part, working with rats, discovering one’s self and more.

How did you first involved in The Suicide Squad?

So, I started to do self-tapes from here… On my third or fourth self-tape, my manager called me saying that they want to fly me to the United States to audition in person. And I was like, ‘What?!’ — I was really uncomfortable in acting in English, because it wasn’t natural for me. I don’t think in English. But, they liked it, and they flew me to Atlanta.

I had a meeting with one of the executive producers, Peter Safran, and James Gunn. They told me what they were thinking for the character… The next day, I did the audition, and I had a chemistry test with three rats. By the end, I thought that I wasn’t going to book it. Peter Safran said, like, ‘Thank you so much. We really liked it, but we’re not the only ones making the decisions.’ James then told me, ‘Give me your hand. Whatever happens in the future, please promise me that you will stay a good person, because the world needs it.’ So, I thought that was a goodbye… I told my Portuguese agent, ‘For my self-esteem as an actor, I’ve already won. I don’t know what will happen, but I’m really happy.’ The whole thing gave me some value, because I was really doubting myself. I don’t know why.

Then, I flew to LA, because I actually hadn’t met my manager in person yet. Everything was new — you know, it was really fast! But then someone sent me an email from Warner Brothers saying, ‘Can you stay in LA?’ But, you know, I wasn’t supposed to be in LA. I was supposed to just audition and go back to my country. I told my manager, and he was like, ‘Do they want you to stay to celebrate that you booked the role, or do they just want to meet you in case they have anything in the future?’ I said I didn’t know — so he told them, ‘If you want to celebrate with Daniela, she will stay; if it’s just for her to meet somebody at Warner Brothers then say goodbye, she’s not staying.’ They said they didn’t know yet… but I stayed, because, yeah, YOLO. And then James called me saying that I booked the role.

Many actors go to the United States looking for opportunities, and they fight for so many years. For me, I also worked for that role, but it was really fast. It was like destiny or something. 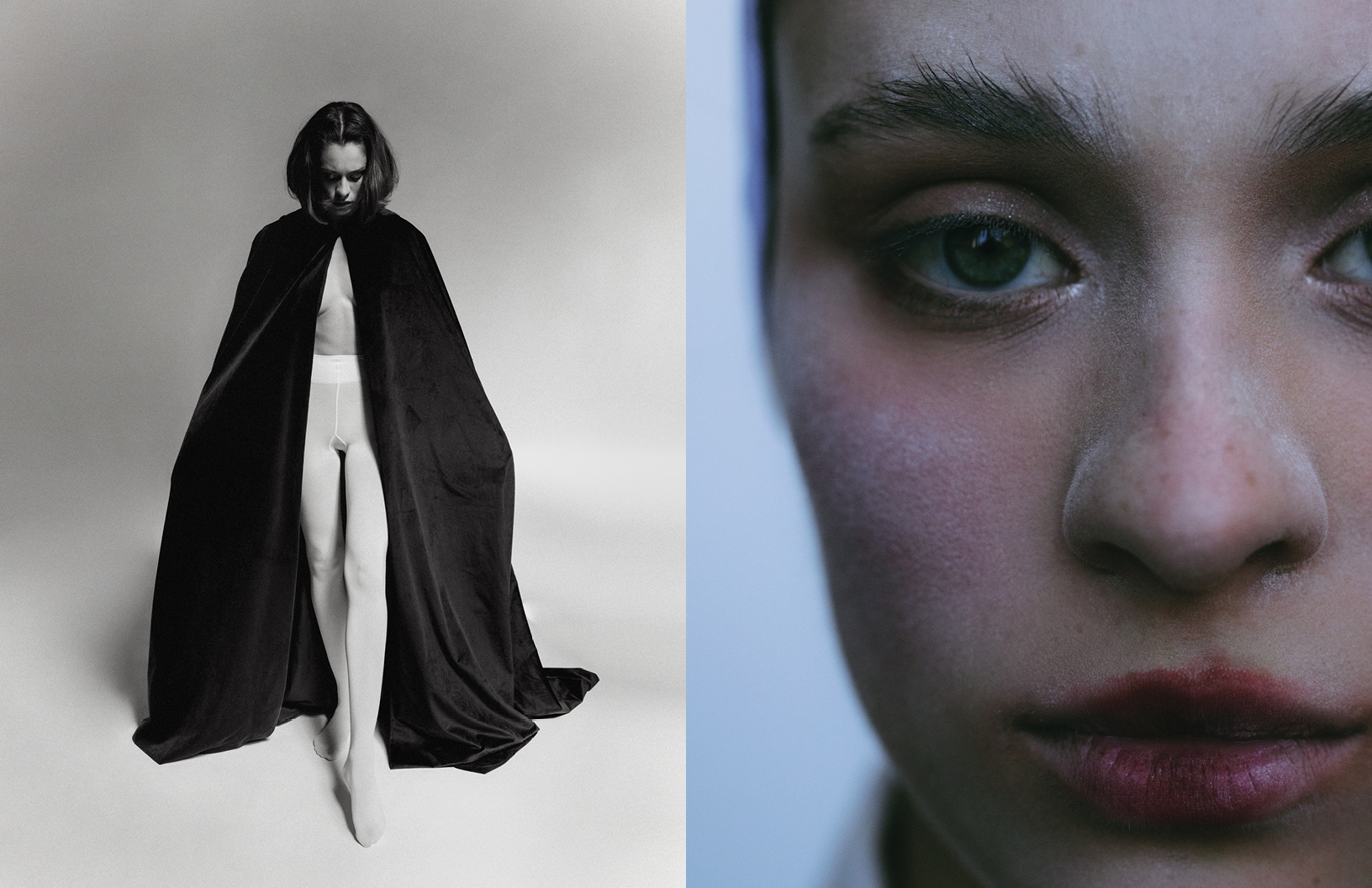 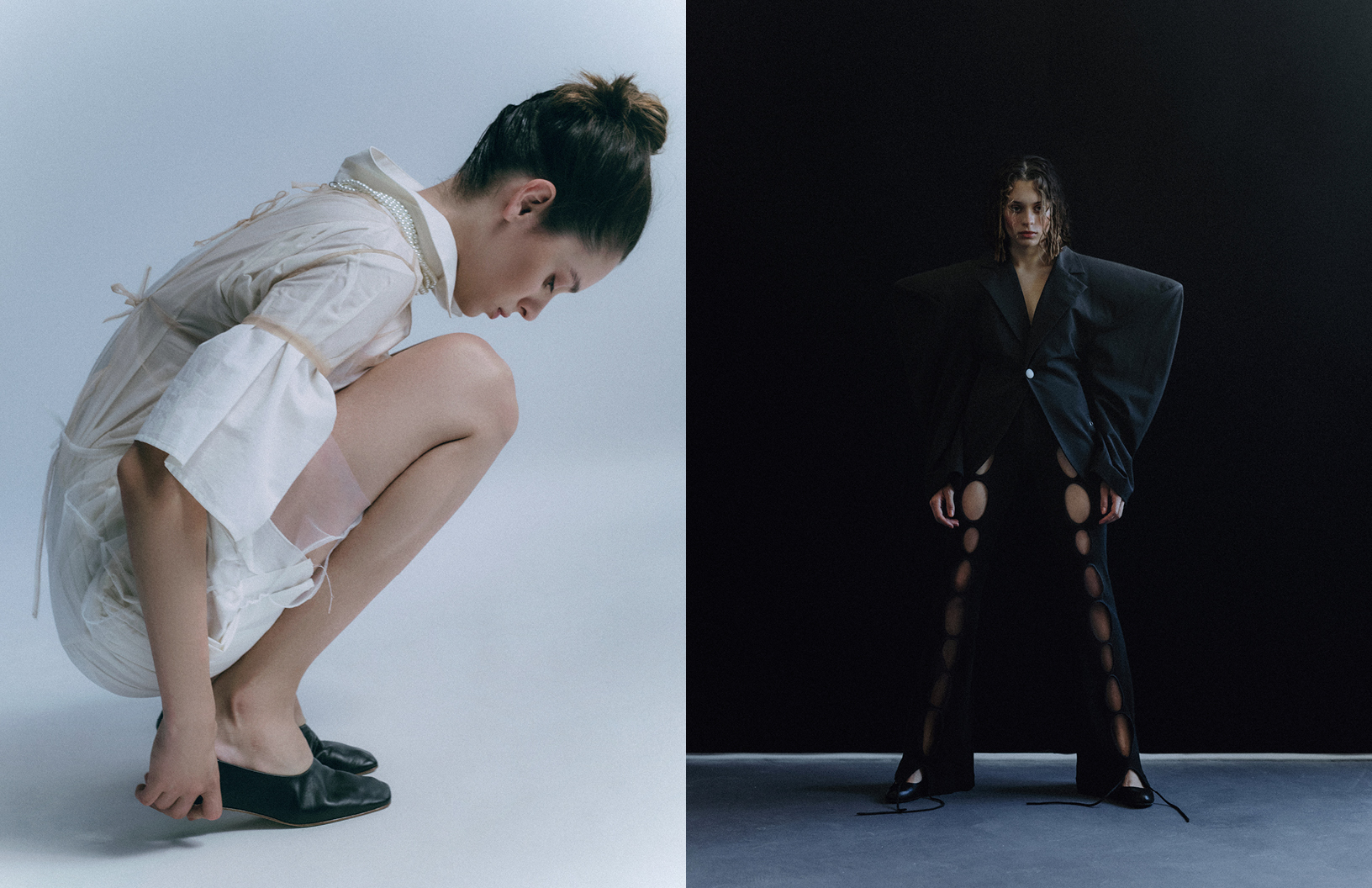 I really feel that I am different from everybody else, because for this role, I didn’t have to have a lot of physical preparation or work with guns, because my character only works with rats. Also, this mission is our first mission — this is the beginning of something for Ratcatcher 2. She doesn’t know how to shoot a gun. She doesn’t know how to fight. She doesn’t even run. She’s really lazy. But I actually signed with a gym here in Portugal, and I started working out because I lose a lot of weight while I’m shooting anything. I don’t know why… with the stress, I lose weight. It was funny to tell this to James Gunn — he asked me, ‘so, you work out?’ And I was like, ‘No, I worked out for this role, because I know that I’ll lose weight.’ And he was like, ‘you’re the only actress I know who works out not to lose weight.’ I was like, ‘Yeah. I’m different!’

You work with rats in this film. What does that look like on set?

We don’t have that many, and I worked with one at a time. We had, I think, three rats that were rotating. Because, like, one rat would go wherever we wanted. Another rat would stay on my shoulder. Another one would always try to stand up — like, it was crazy.

Were you comfortable with the rats from the beginning? 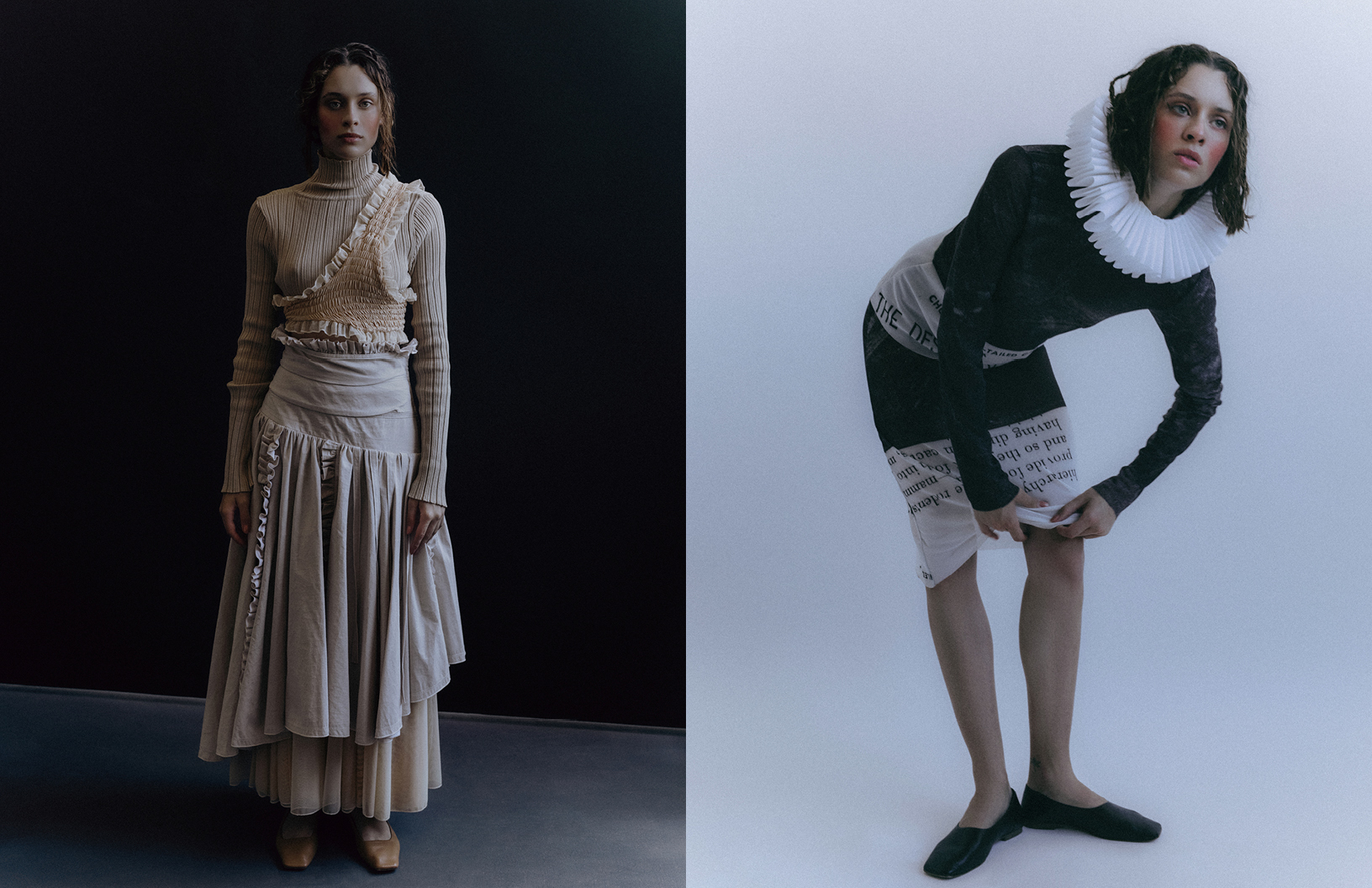 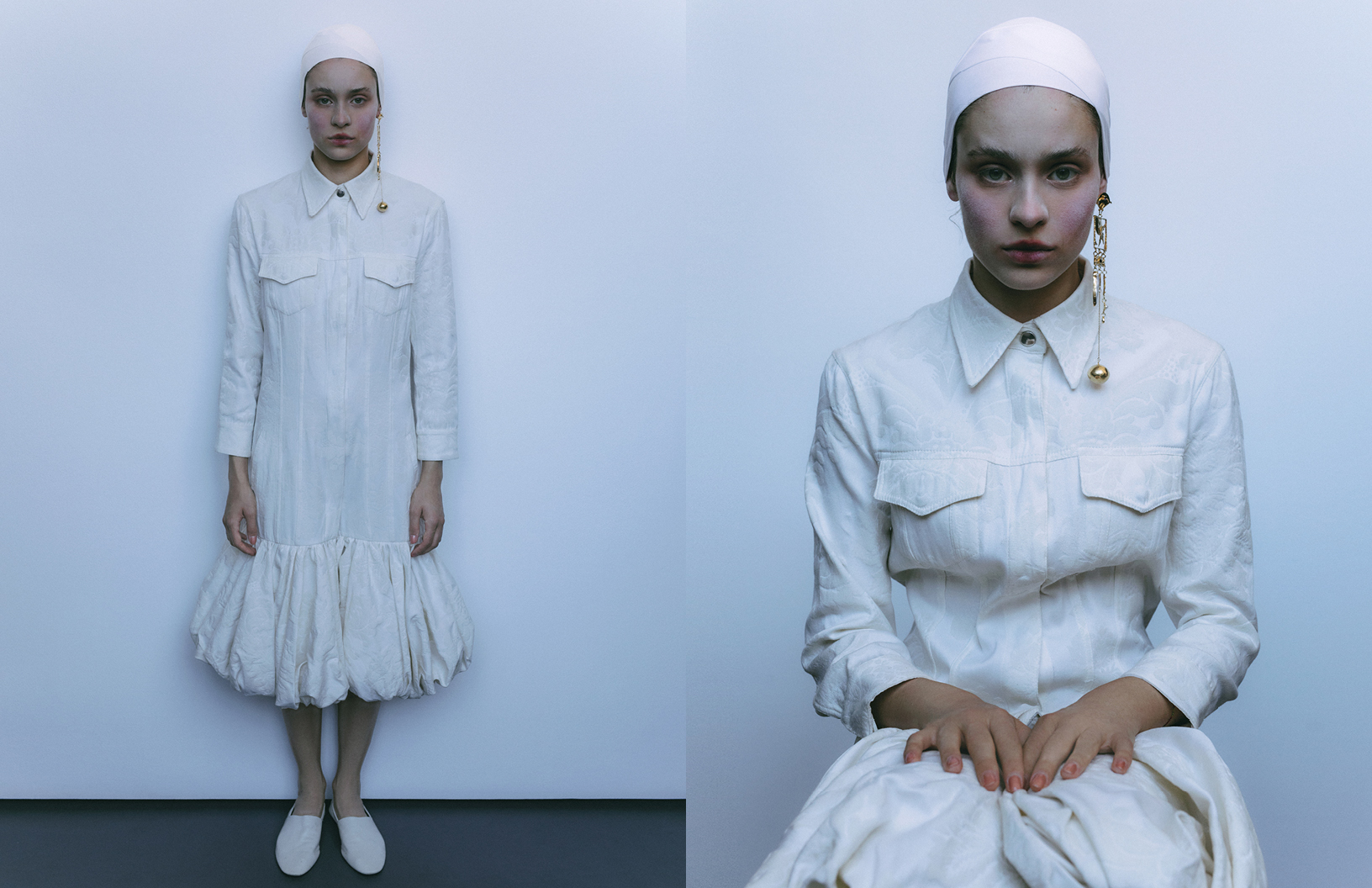 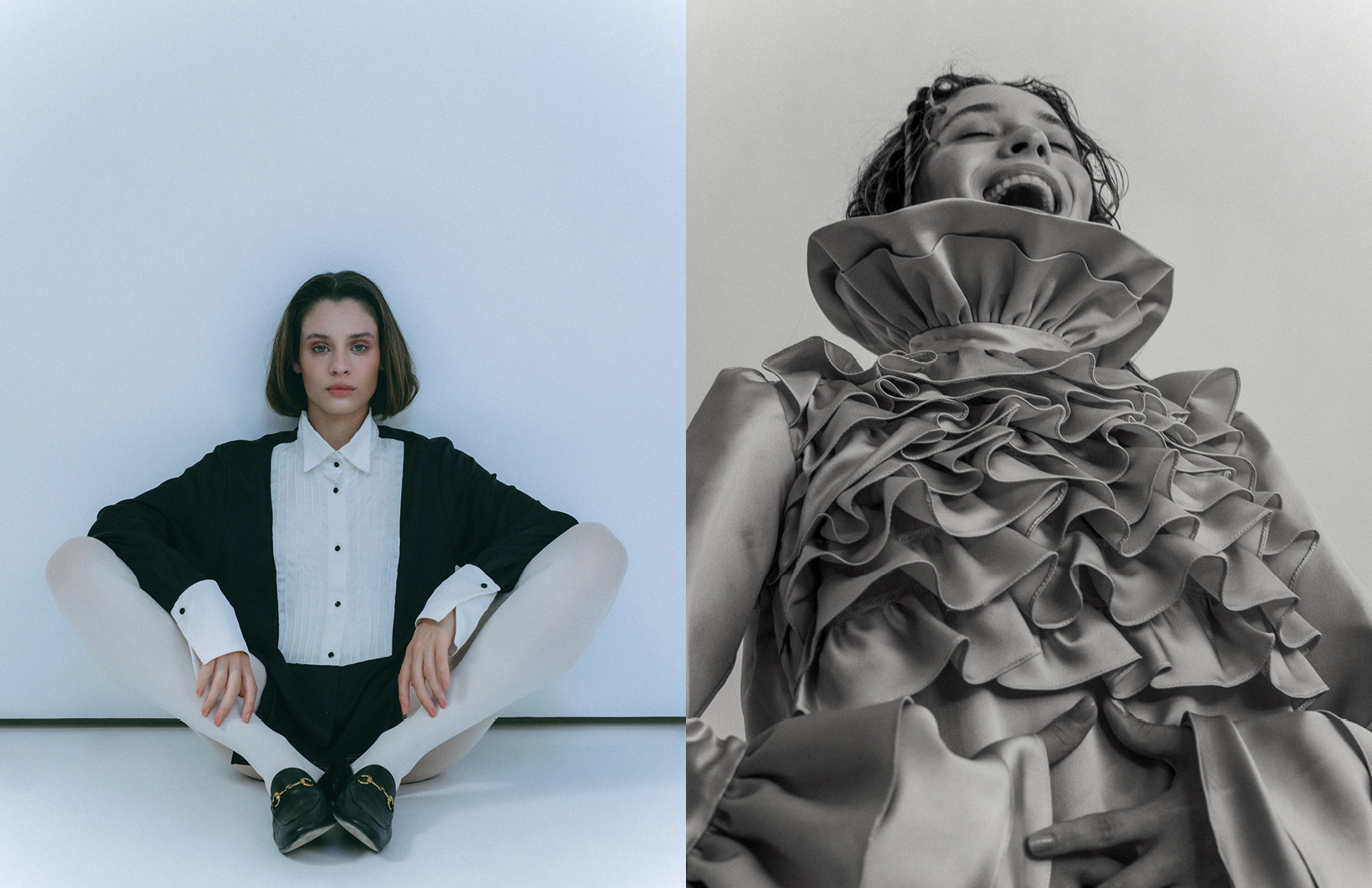 Moving on to the actual production, what’s it like being on set with James Gunn?

It’s crazy. But it’s also a really familial ambience. It went really fast, also; time would fly by every day, because James was really focused and really secure… Every day, we would go on set and he knew exactly what he wanted, so we had time to hang out and to laugh and have fun — have a blast with everyone. But we would just shoot, shoot, shoot, shoot. Because, yeah, he was really… how can I say it? He’s a genius! It’s the best word to describe him.

Looking back on the production of the film, is there a moment that sticks out to you — something you think you’ll remember forever?

On my birthday, we were shooting at the studios, in this giant jungle that they made inside of a studio. At the end of the day, the people from the production showed up with a lot of cupcakes. Everyone sang the Happy Birthday song, and I got really emotional because I really felt that they liked me — not just like a colleague or just another actor… I really felt that they cared for me, and that was really special.

What scene was the hardest to make?

We had rehearsals before the shoot. Some scenes James wanted to explain to us weeks before so, when we arrived, we already knew what we were going to do — so we wouldn’t be wasting time understanding what James wanted. And I remember we had a scene on a rooftop. It actually shows in the trailer… That scene took us 27 takes. It was crazy. We were, like, one full day doing just that, because we were shooting with a gimbal… Everyone had to be perfect, the camera too. It was like a dance. 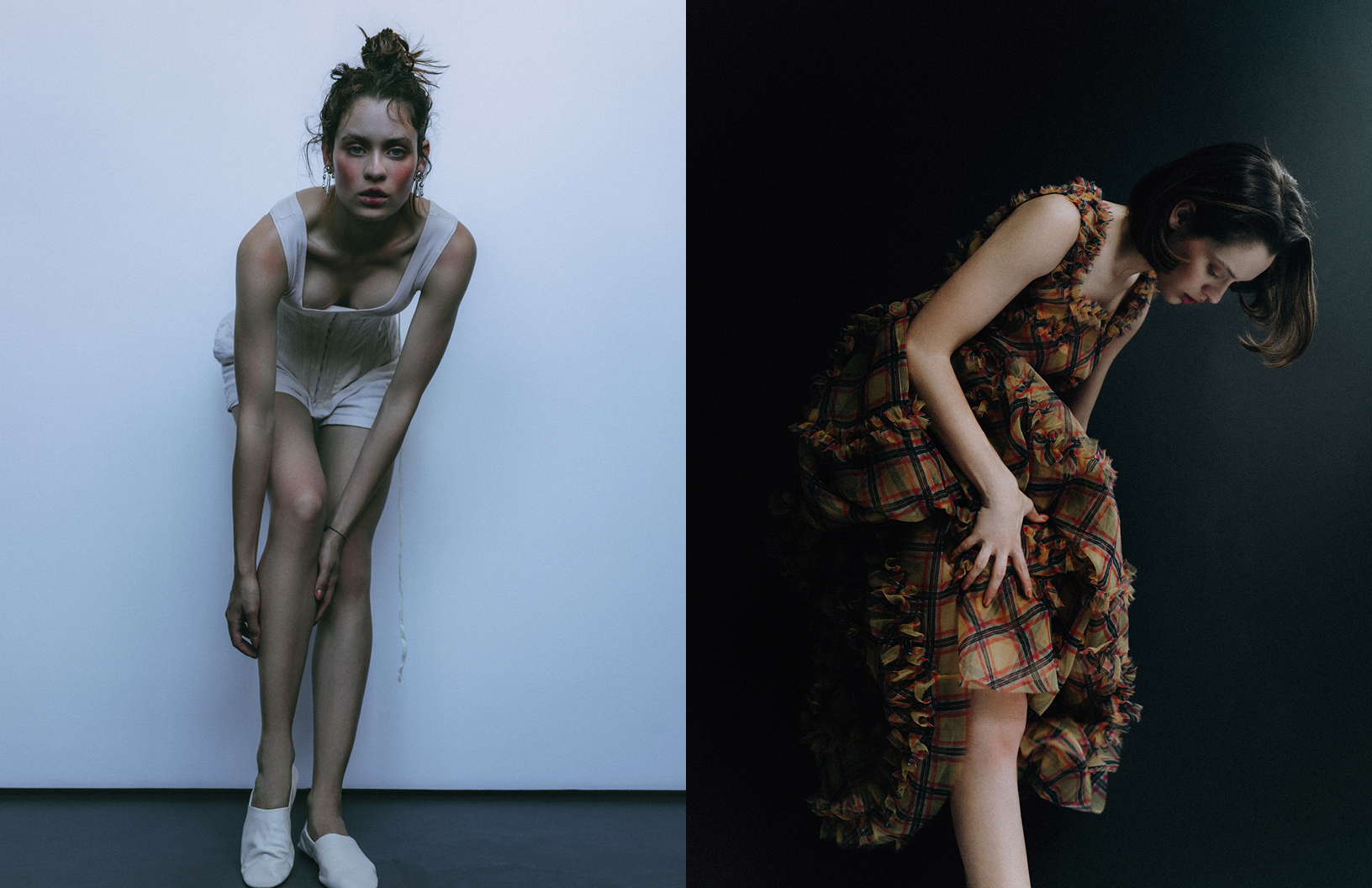 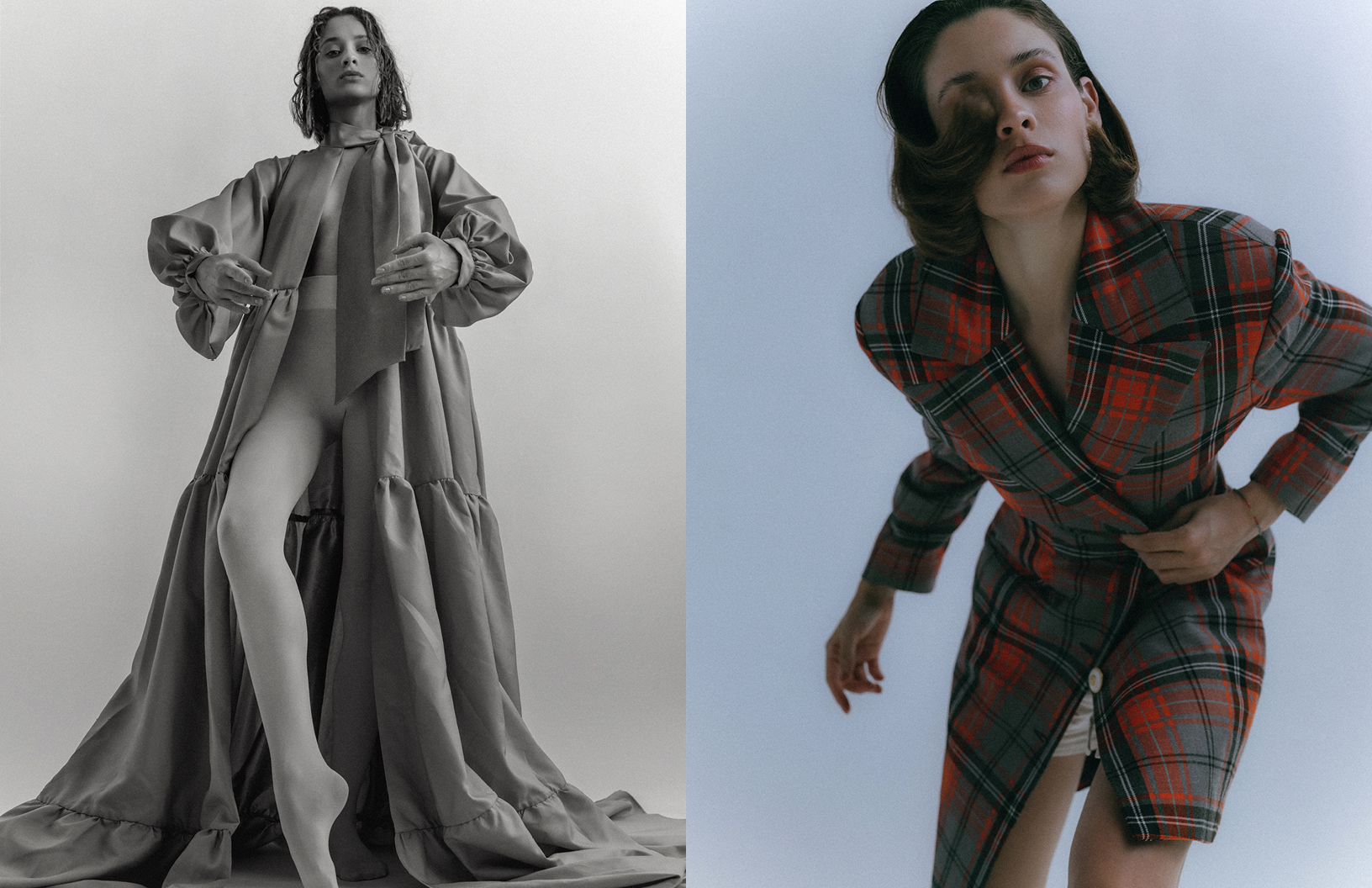 This was your first American production. Did you get to explore the US at all?

For the audition, I went to Atlanta, and then I went to LA to meet my manager. He was like, ‘You should go on that tour where you see the superstars’ houses!’ And I was like, ‘They will be my colleagues. I don’t want to spy on them.’

I wasn’t interested in that. So, I spent my days going to Hollywood and just buying souvenirs for my family. Because this was a huge moment in my life! And I didn’t know when my next time there would be!

Understandable! Outside of work, what are some of your favourite ways to fill your time?

Before the pandemic, I was just focusing on my work. Then I went to Thailand on vacation for two months and became really focused on travelling, because before that, I was just working and working — like TV show after TV show in Portugal. Then, I shot The Suicide Squad, and the virus came. Now, I’m more into getting to know myself. I know it’s a cliche, but I started doing therapy. I started meditating to be more focused on me and my family and friends. And I’m really happy about it. It’s also really important for me as an actor to know myself — because if I don’t know myself, I will not be able to work to the fullest of my emotions and everything I am… I don’t know if I can say it in English. But, my skills are myself. It’s me. It’s my body. It’s my face and my emotions. So right now, I’m focused on me, and reading as much as I can and watching movies. Yeah. I’m a normal person.

Why should our readers go see The Suicide Squad?

Why? Because… how can I describe it? After this pandemic, I think it will be the perfect trip — without catching a plane or taking drugs. It’s a really good journey. 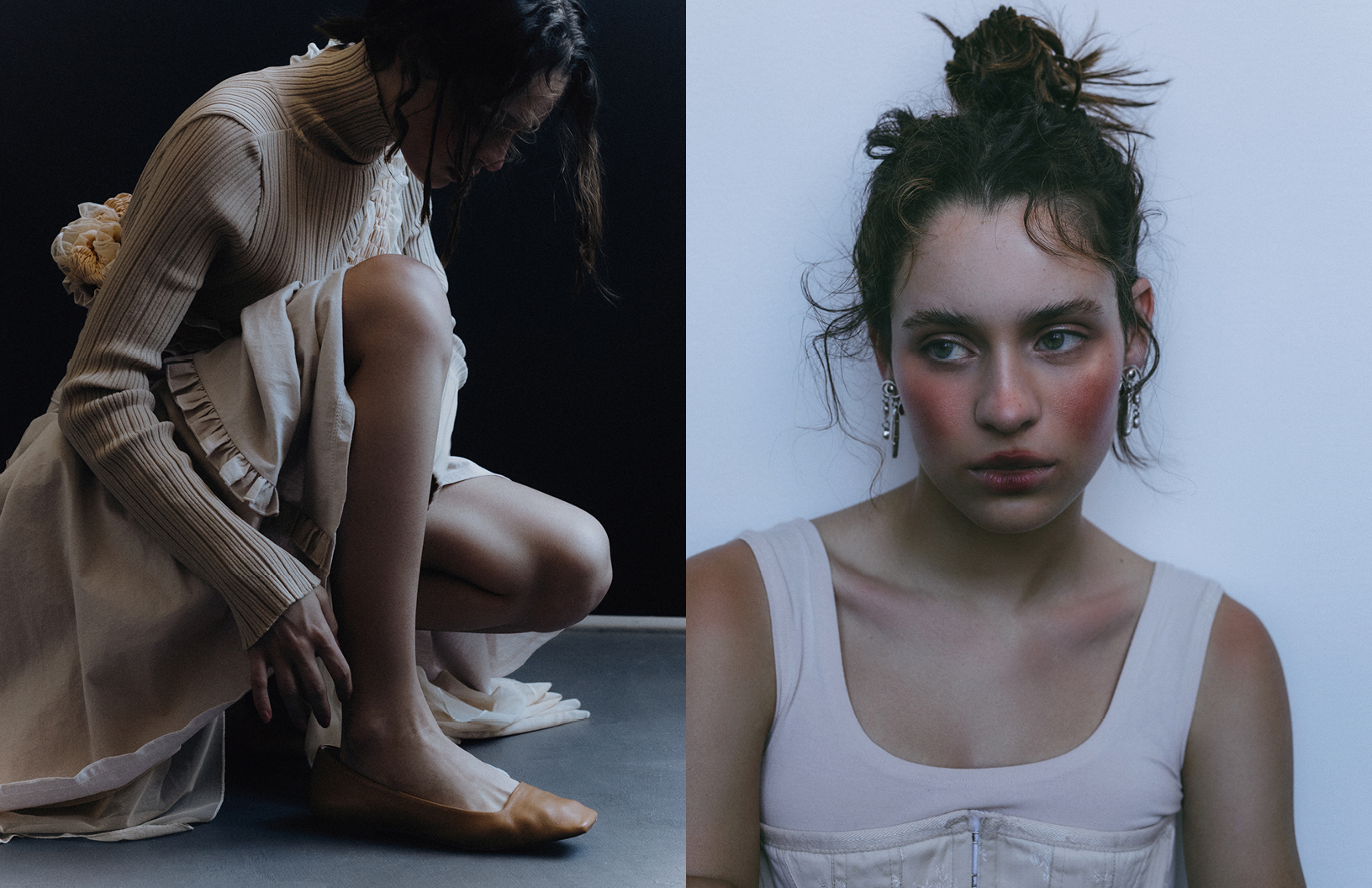 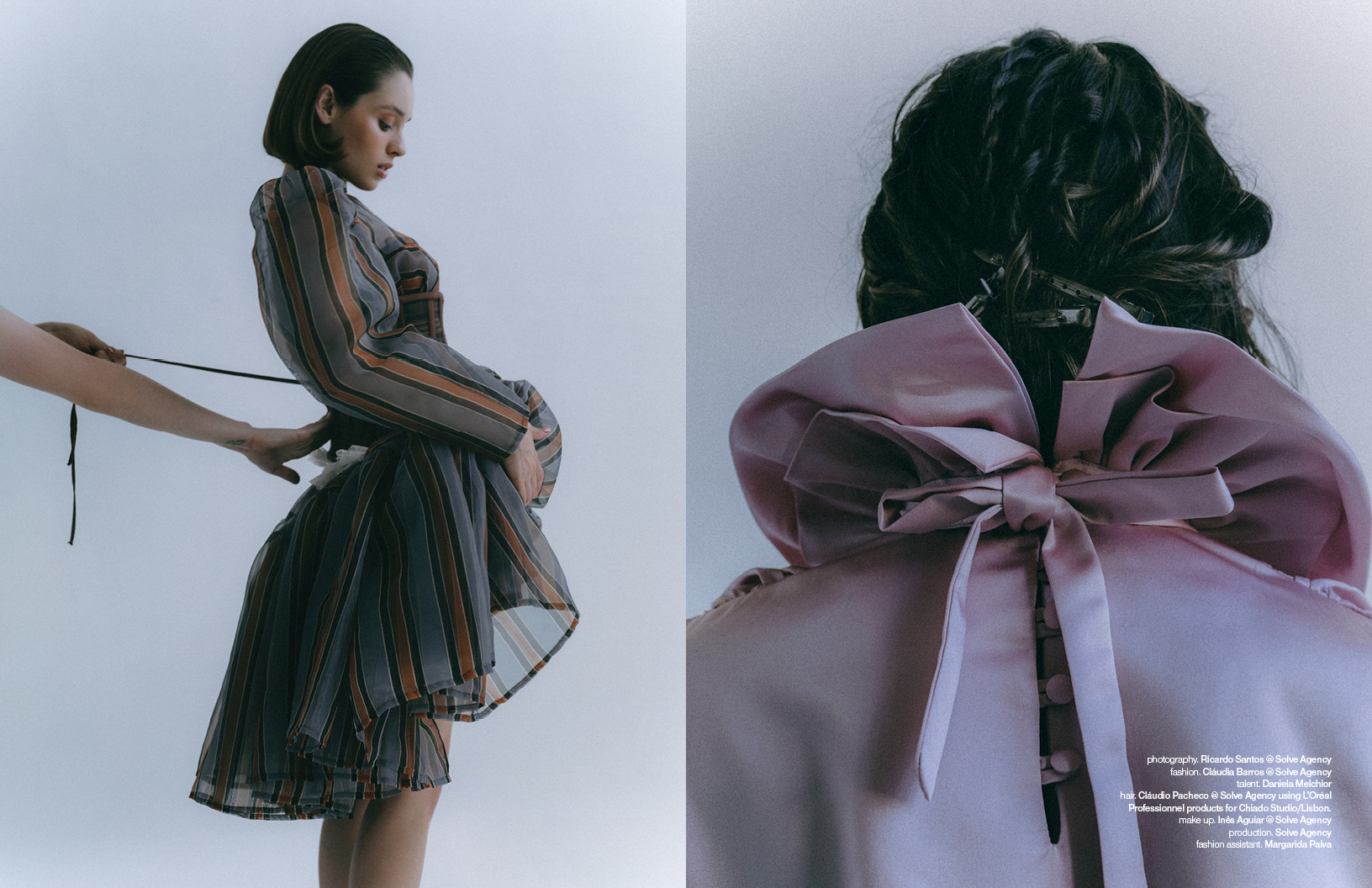 The Suicide Squad is in cinemas and streaming on HBO Max.