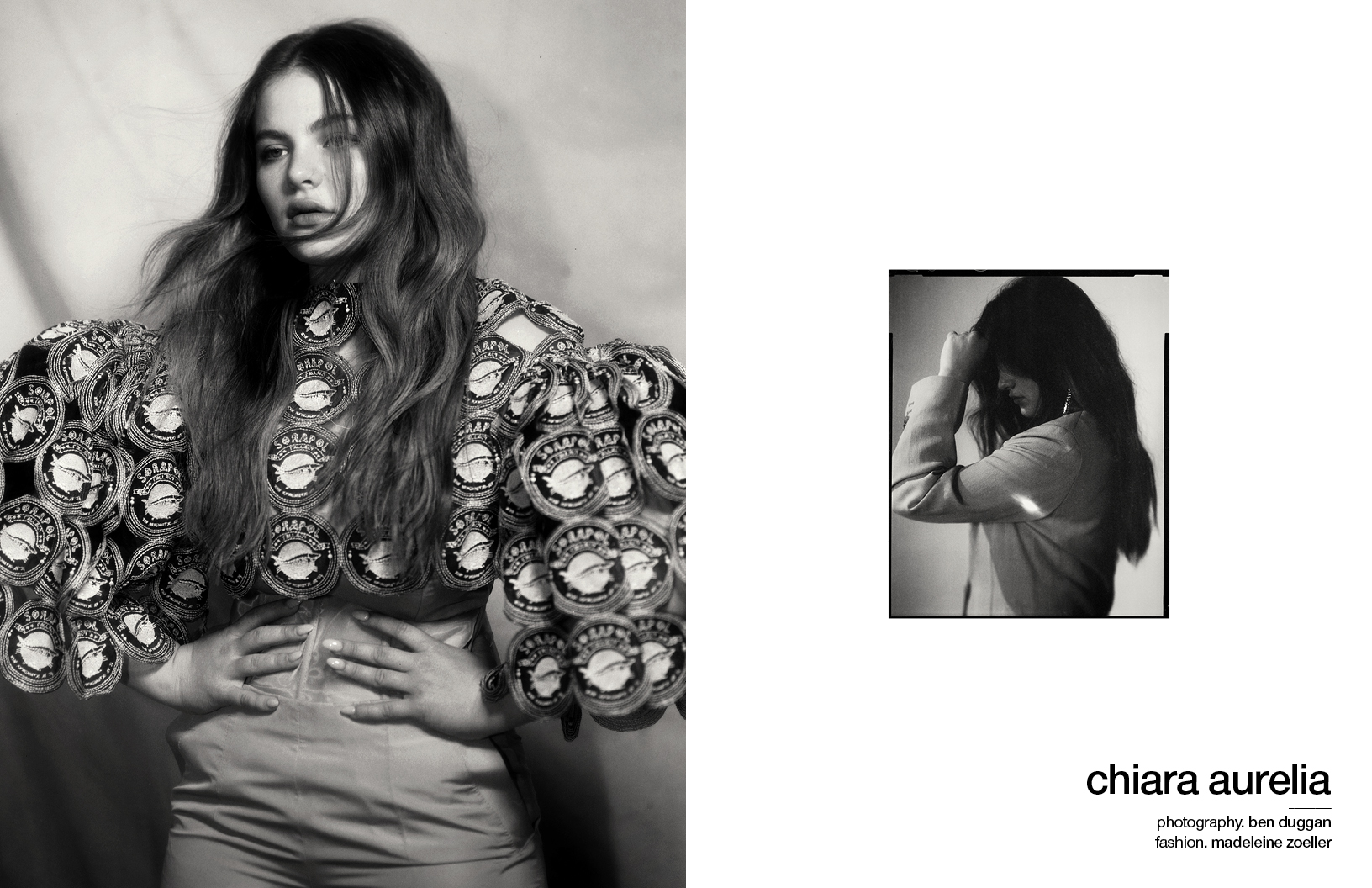 Freeform’s Cruel Summer continues to intrigue, captivate and frustrate us on a weekly basis, with every episode leaving us full of questions and on the edge of our seats awaiting next week’s episode. As the mystery surrounding Kate’s kidnapping and Jeanette’s potential involvement starts to piece itself together, we are transfixed by series lead Chiara Aurelia, who plays Jeanette across three formative years of her life. Playing such contrasting versions of the same character is a considerable acting achievement and one that Aurelia executes with aptitude and ease. To hear more about Jeanette and everything else Cruel Summer, Schön! spoke with Aurelia for insight into how she built the character, what she would bring back from the 90s, her pet bunny and more.

Congratulations on Cruel Summer! How has it been for you to finally have the series out in the world and see people’s reactions to it?

It’s so exciting. I mean, it’s incredible to watch people and their guesses. I have two or three friends who are completely immersed in the show and are calling me on a daily basis. They’re like, come on, you just have to tell me what happens. I just want to know. Can you just give me a hint? Which… I don’t. But it’s really fun to see how confused and excited people can get and where their minds trail off to. It’s very fun.

Let’s go back to the beginning. What was the pre-production process for the show like?

There was a lot of prep. Even just on the technical side of things — just establishing the three different looks, establishing what they meant and what journey they wanted you to follow was difficult. You’re trying to capture three extremely different, developmental times in a young woman’s life, especially when it’s completely plausible that someone could change that much in a year — I know I have. It’s an interesting balance of capturing the same person with a little bit of a different personality and learning what that difference means. Why is her look changing so drastically? What are those key points that are causing these drastic changes? We didn’t have episodes one through ten, so we had to create those moments together. It’s a lot of imagination and conversations with the creatives, just developing that in the best way we know how. 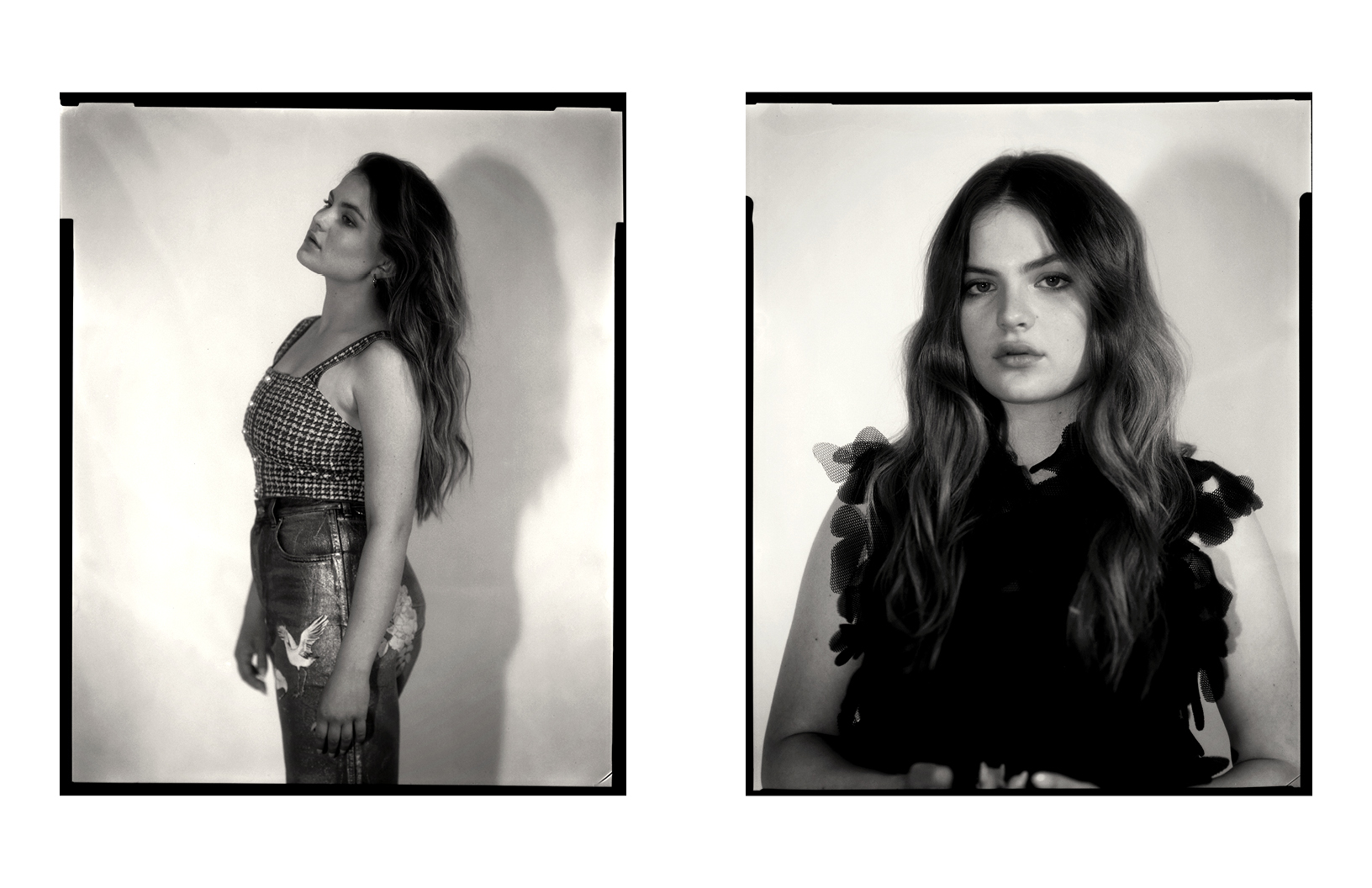 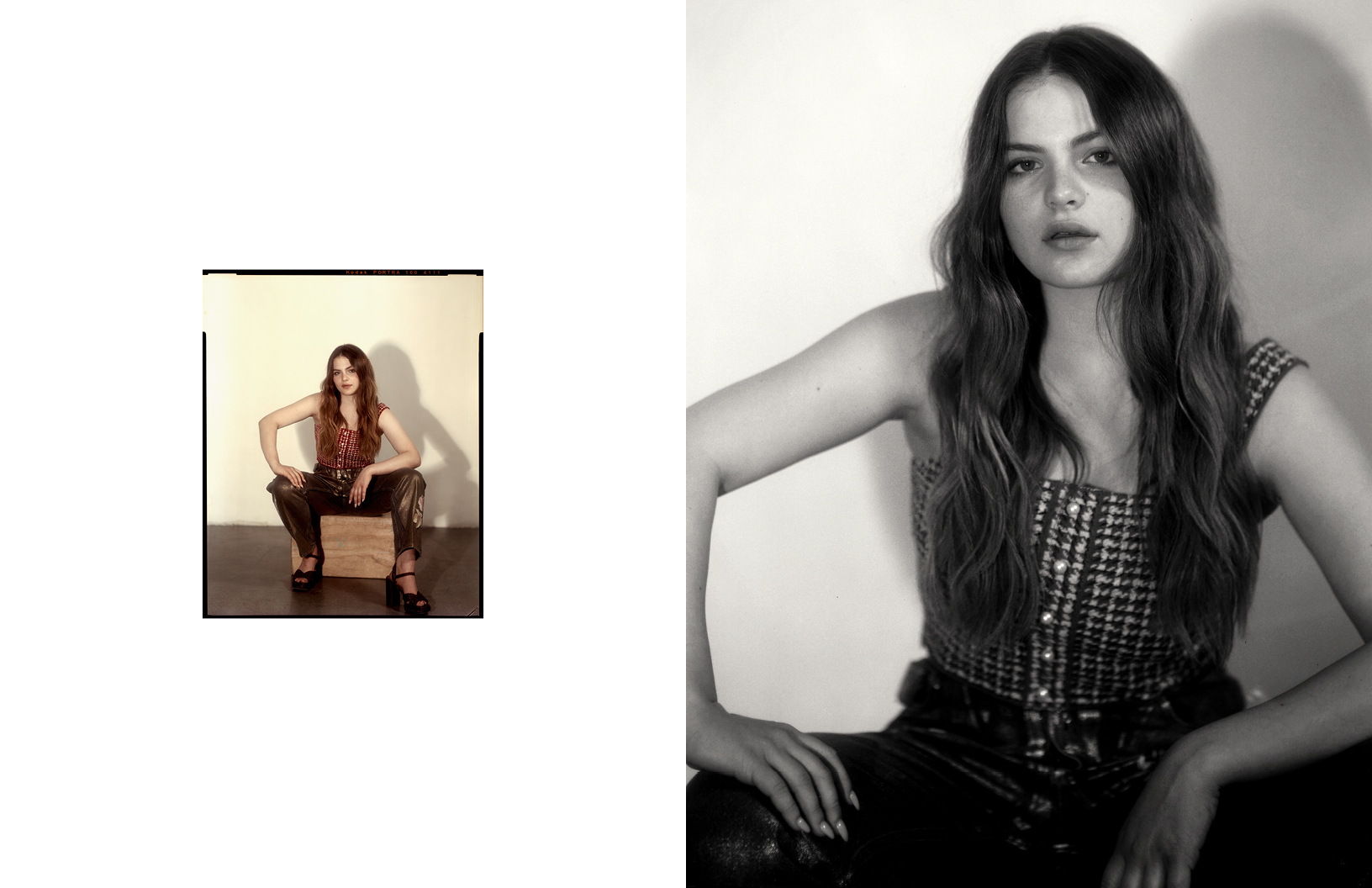 The show works on a lot of levels, but the visuals are very impressive — the ageing especially. I’m sure looking in the mirror the first time when they finished your younger self must have been kind of odd.

Oh, yeah. I mean, I was having a lot of like, who am I while I was filming this. Because I have my own personality as a human being — I know, crazy to believe. But I’d be behaving and feeling like myself when we were at lunch or we were on set, and then all of a sudden I’d walk into the bathroom and look in the mirror and I’d have big frizzy hair and big braces on, or a really short wig — dark under-eye bags and a lot of facial contour. And I’m like, Who is this person? I can’t even recognise myself.

Did you find that just getting into hair and make up was enough to centre yourself as each version of Jeanette? Or did you have any sort of ritual that would get you into the mindset of each year?

The hair and make up helped a lot. It’s the same thing as if you’re getting all dressed up to go to a fancy party in real life. All of a sudden, you feel like you’re holding yourself higher, standing taller, feeling more confident because your hair is curled and you’re in a beautiful dress. Something as simple as that can make a huge impact on your attitude and how you’re feeling. Being transformed into three essentially different people every morning when I arrived — it was really grounding… I listened to a lot of music as well. Music is kind of my connector tool.

Any standout songs from your experience of making the show?

Of course, we were listening to Cruel Summer by Bananarama for the majority of filming. But also, Zombie by the Cranberries is used in our show, so we listened to a lot of Cranberries music while we were filming. You know, Linger — there are a lot of good ones. I also listened to a lot of Ace of Base. It depended on the mood and the year that she was in — what attitude would be attached to what music I was listening to. Wouldn’t It Be Nice was kind of like my keying songs for ‘93. I listened to some Ace of Base for ‘94 because I felt like it was a little ‘cool girl’. And then ‘95 was probably some Cranberries or something like that.

Nice. I’m looking forward to your mixtape release after season one.

[laughs] Don’t get anyone’s hopes up! 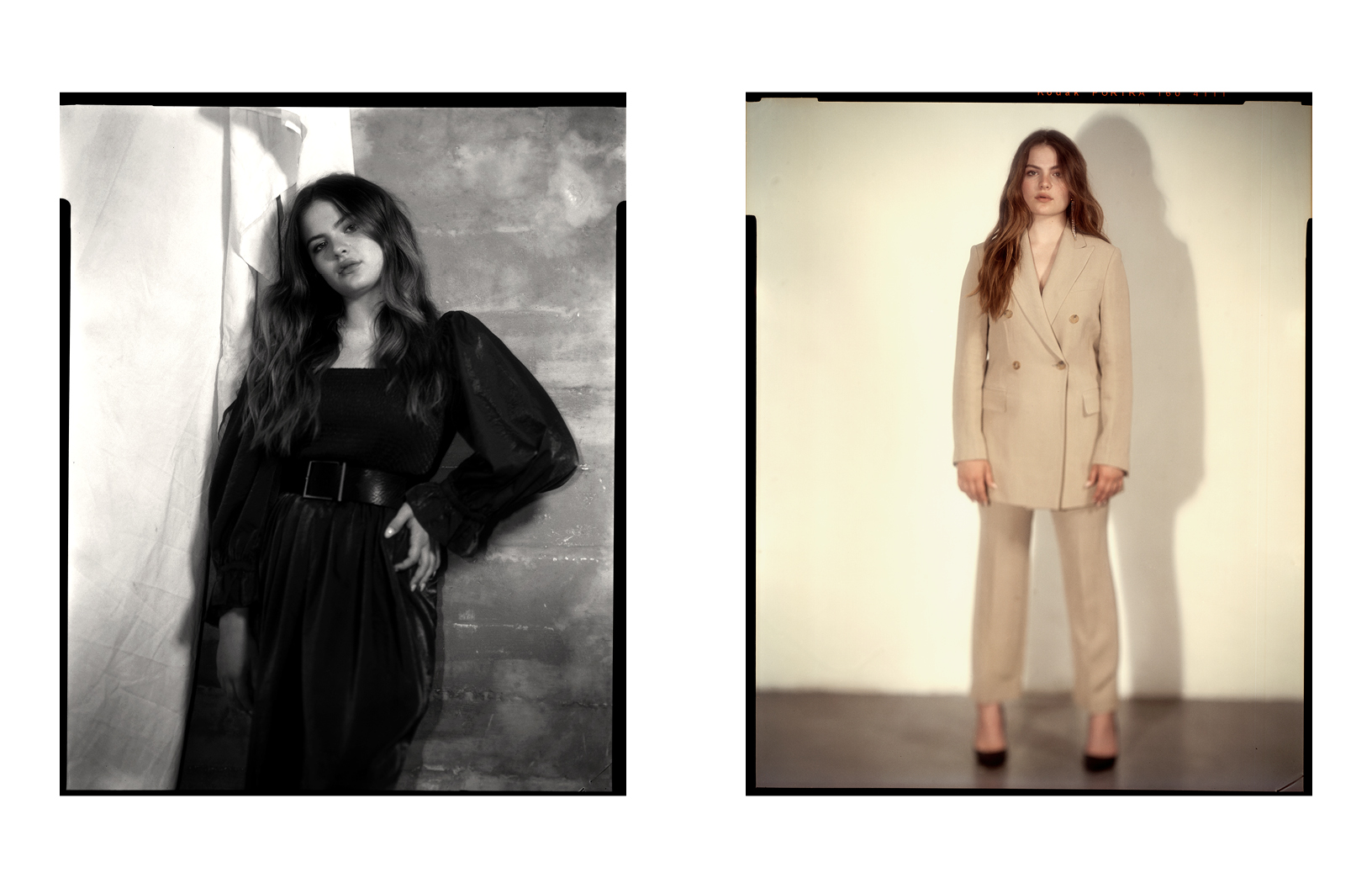 So what has been your favourite moment or experience from making the show?

My favourite? Oh, come on. I have to choose one?

You can choose one of many!

[sarcastically] The only thing I liked about it was the food [laughs]. No, there were so many good memories. We had a lot of prank wars on set between the cast and the crew. That was really fun. The best thing, honestly, just becoming such good friends and being able to hang out and feel comfortable with everyone, especially during such a hard, dark time. Having the opportunity to work — I was grateful in every moment of it. Being able to do what I love surrounded by the people I love in a safe environment was all I could have ever dreamed up.

You mentioned prank wars. Who was the best prankster?

Me. [laughs] We made a yearbook at the end of filming that we gave out, and in that yearbook there is high school superlatives list. We all got voted for what we were, and I got ‘Biggest Prankster’. So I will proudly take my crown and walk away with it!

This is a bit different, but the show is set in the 90s, so you got to have a kind of quasi-90s experience. With that in mind, what’s one 90s thing you wish would make a comeback?

What 90s thing? I have to go with 90s music, unfortunately. I love me some 90s music. I’d also like — I don’t know what the category would be called because I don’t want to call them ‘chick flicks’, but some of the good 90s classic films. I wish we had a couple more Dazed and Confused’s around, you know? I think that would be wonderful. 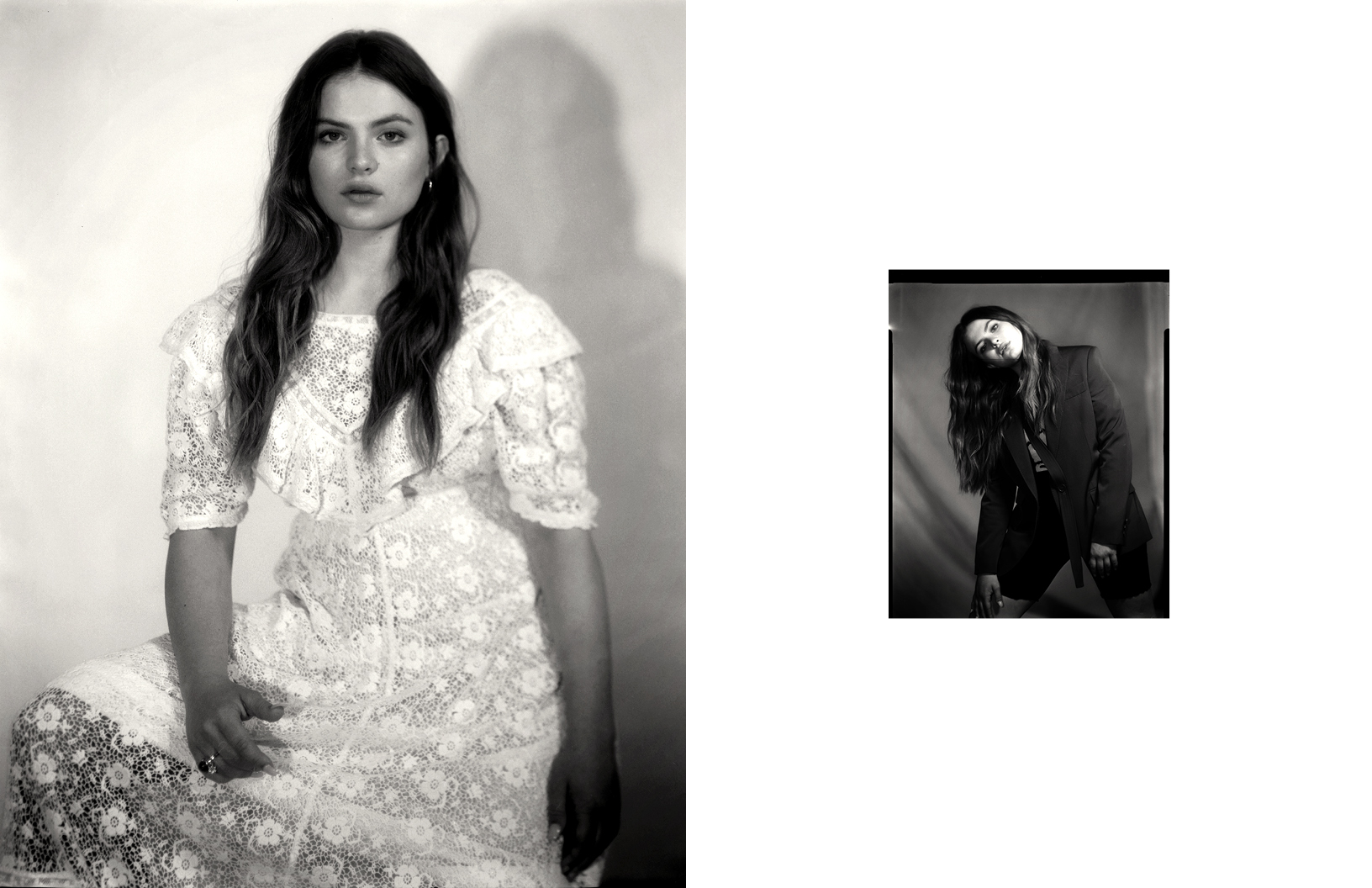 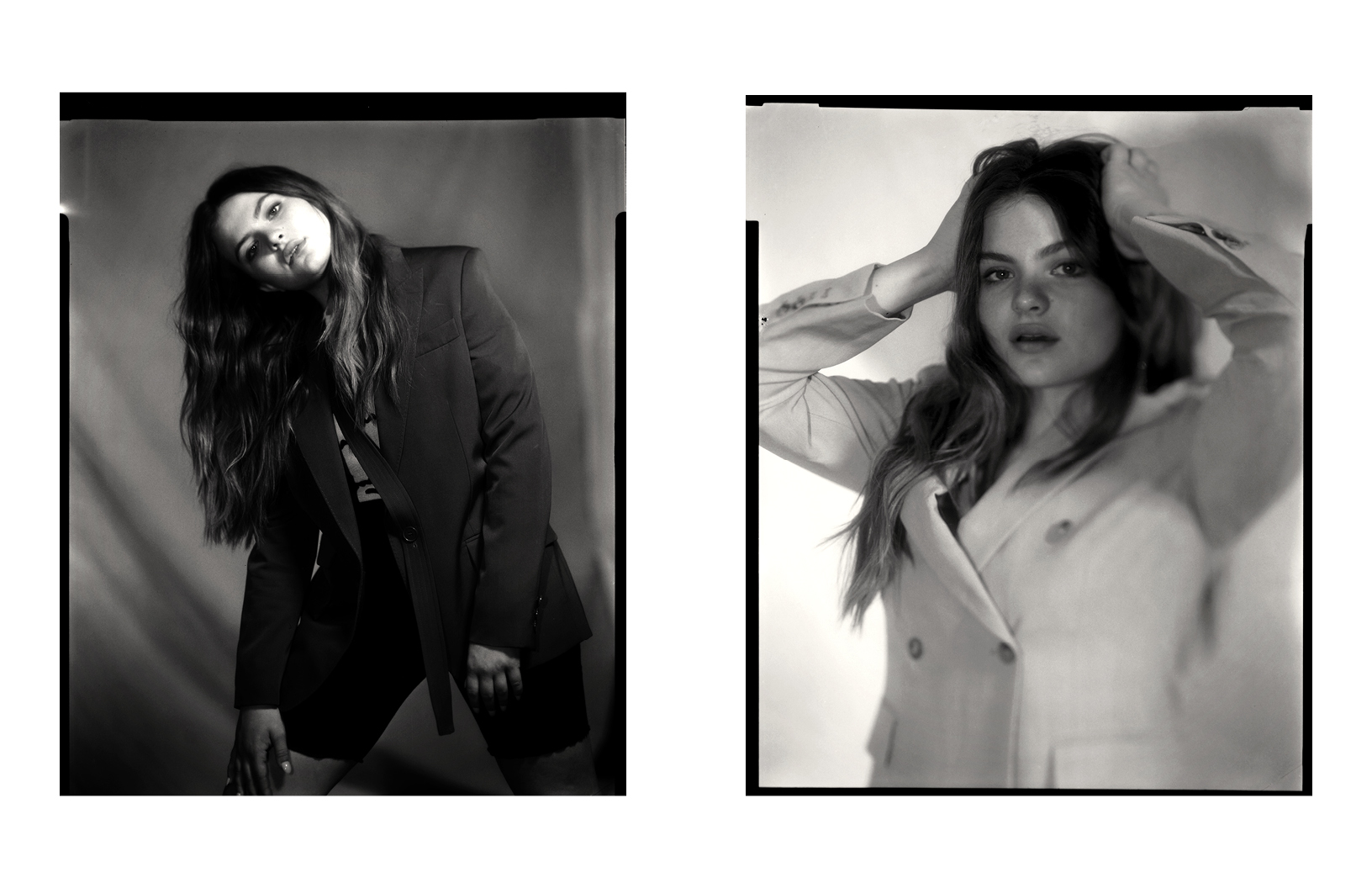 Let’s talk a little bit more about you personally. Off screen, we’ll say just on a typical Saturday, what might we find you doing?

Wait, you have a bunny?

Yeah, I do have a bunny.

I had a bunny growing up! I love bunnies.

Really?! Bunny people are special people. I stand by that — I’ve said it like, forever. There’s only a special amount of people who have bunnies, and I feel like they all have superpowers or something… Lucky is my bunny’s name. We rescued him in Albuquerque, New Mexico. I’ve had him for about 11 years now, and I love him a lot. But a normal Saturday night, I have two very drastically different things. I’m either completely indoors with my bunny, doing absolutely nothing in the best way with a face mask on, enjoying my night so much. Or, if I get the opportunity, I like going to my girlfriends’ and going out to a fun dinner. I’m super social as well; it kind of depends on the mood.

I know you were working, but you still shared in the isolation that all of us did owing to COVID. What do you think you learned about yourself in this past year from the experience of having to deal with isolation and working in a socially-distanced environment?

Jeanette is a perfect example of the fact that a lot can change in a year, especially when you’re going through such difficult times. I think I walked out of this a completely new person. I’ve grown up a lot. I’ve learned a lot about myself. I’ve learned a lot about people around me, whose decisions I respect, whose decisions I don’t. I learned how I want to approach this and how I want to lead by example. You know, it’s hard — these times are really challenging. You have to make choices that protect you and your loved ones. And that can be hard sometimes when you miss life, and you miss seeing your friends, and you miss going out. But you know, in the end, it’s just a matter of a matter of protecting yourself and your family and those you care about.

Last question: it can either be short term or long term, but what are you looking forward to right now?

Well, tomorrow is Saturday night. I have the bunny. We can sit in bed, watch a classic 90s movie, get some popcorn, put on a face mask. I think that that is probably what I’m looking forward to right now. 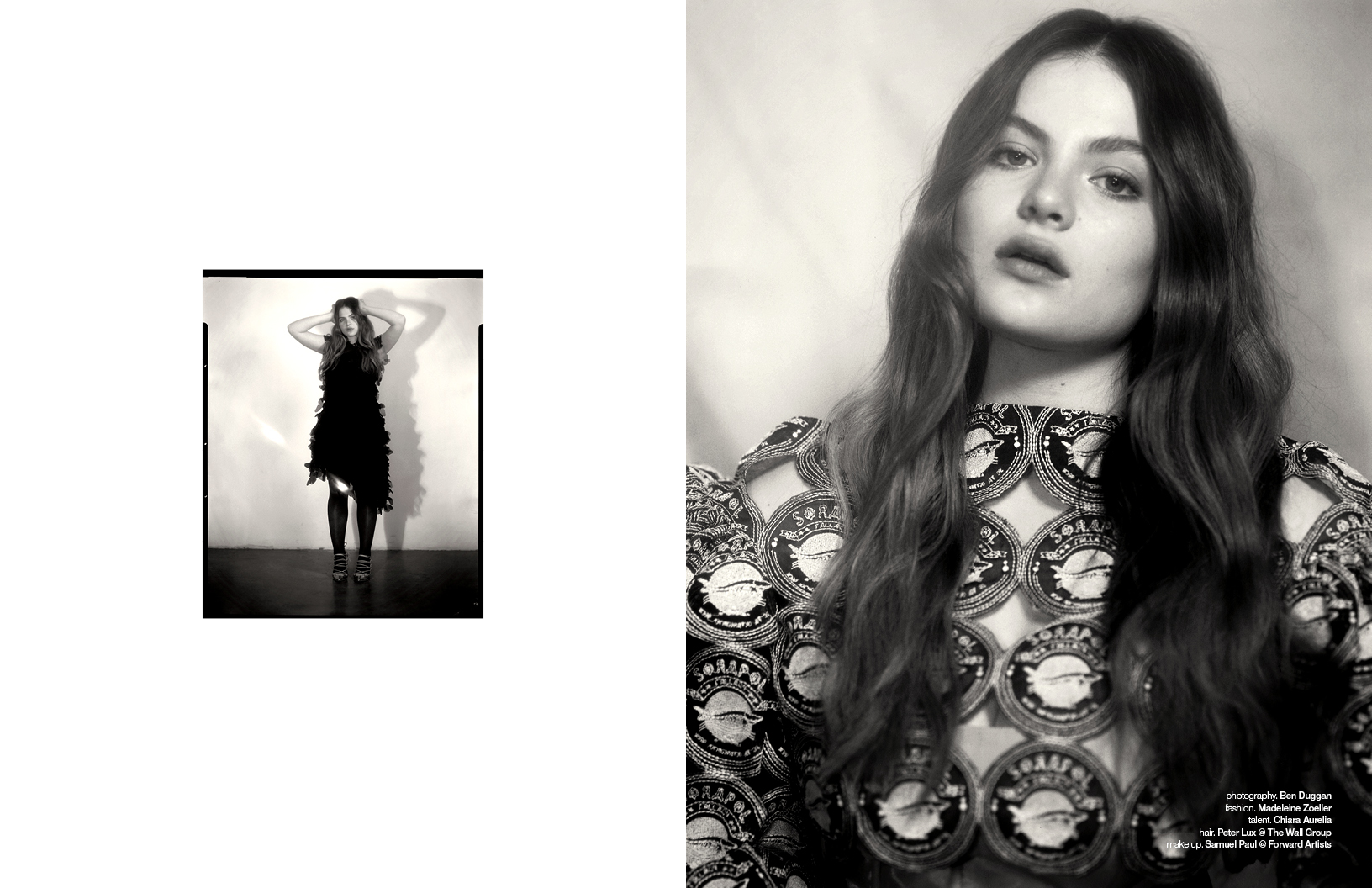 Cruel Summer is currently airing on Freeform and available on Hulu.