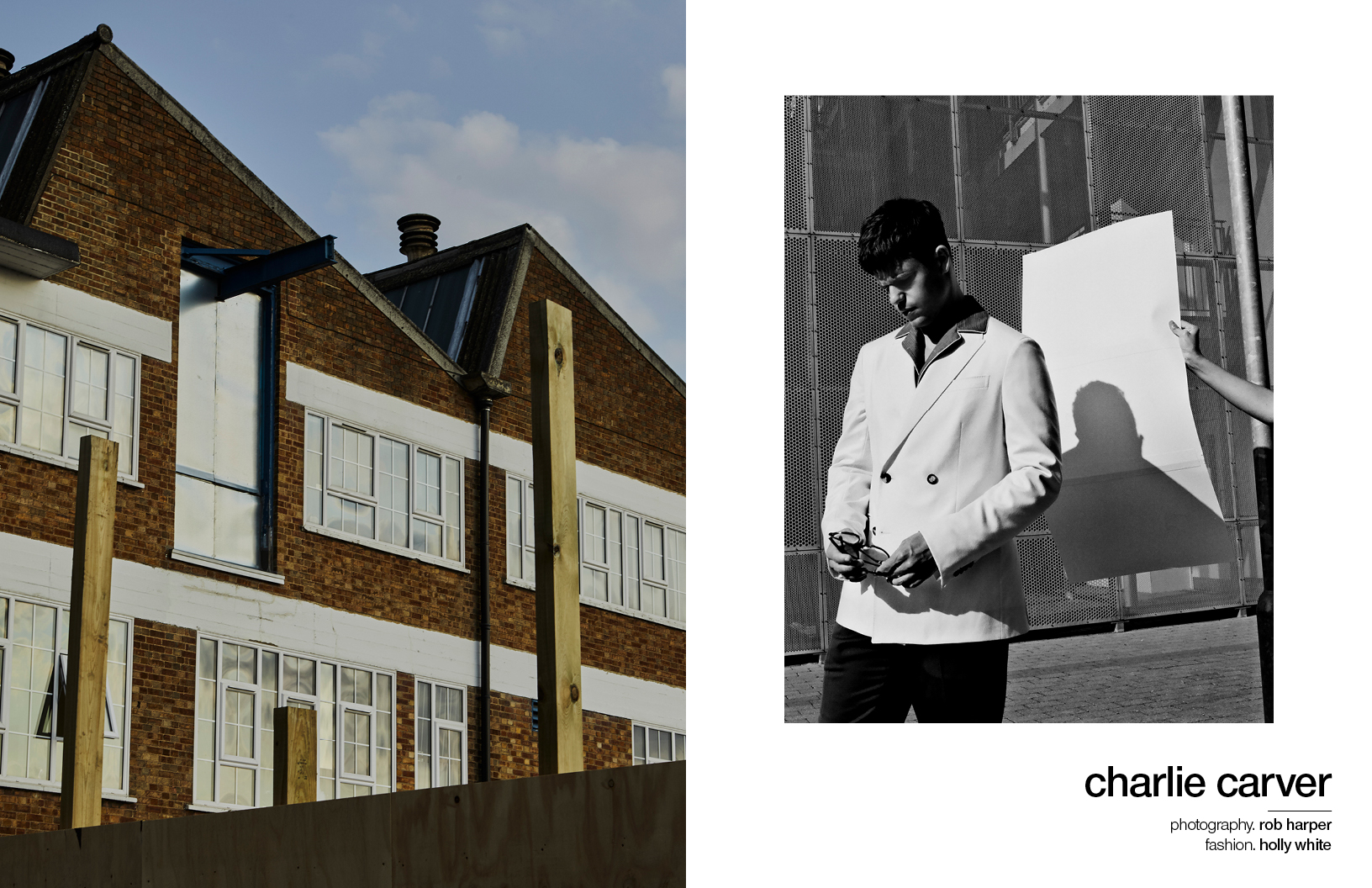 You might remember him as Ethan on Teen Wolf or Scott on The Leftovers, but one thing is sure: Charlie Carver continues to captivate us onscreen with every character and across a variety of genres. He also maintains his charm offscreen and continues to cultivate an appreciation of all the little things in life.

Amid this year’s challenges, Carver’s self-prescribed medicine has been a dose of nature. Of course, nature is a suitable remedy, but if you are in the market for a “deliciously fun and twisted” escape, right this way. Carver’s recent role is WWII veteran Huck in Netflix’s new psychological thriller Ratched. As the latest instalment by creator Ryan Murphy, the show dispenses all the horrors and heartbreaks found in a psychiatric institution while hinting at underlying darkness. Carver caught up with Schön! to reveal more details about the thriller, his time as Huck, and what is next for him.

This has been a challenging year for most people. What is a challenge you have faced recently and how did you overcome it? Or, how are you working towards overcoming it?

I’ve been too addicted to the news. I don’t know if that’s what you were going for, but really, it’s been a challenge. On the one hand, I think it’s especially important right now to stay informed, to understand sources, look at a subject from multiple angles, and then study how it’s being parsed to different intended audiences. But the constant refreshing, the phone time became… Immobilising. This year has been a teacher. I’ve had to learn (relearn?) how to anchor to things in the present, things actually in front of me. Enjoying each bite of a meal by myself. Spending an afternoon on a blanket underneath a tree. Cultivating an appreciation for things at that human scale. I’ve found it’s easy to get overwhelmed otherwise.

On the bright side, has there been anything that has particularly inspired you this year that you want to share? 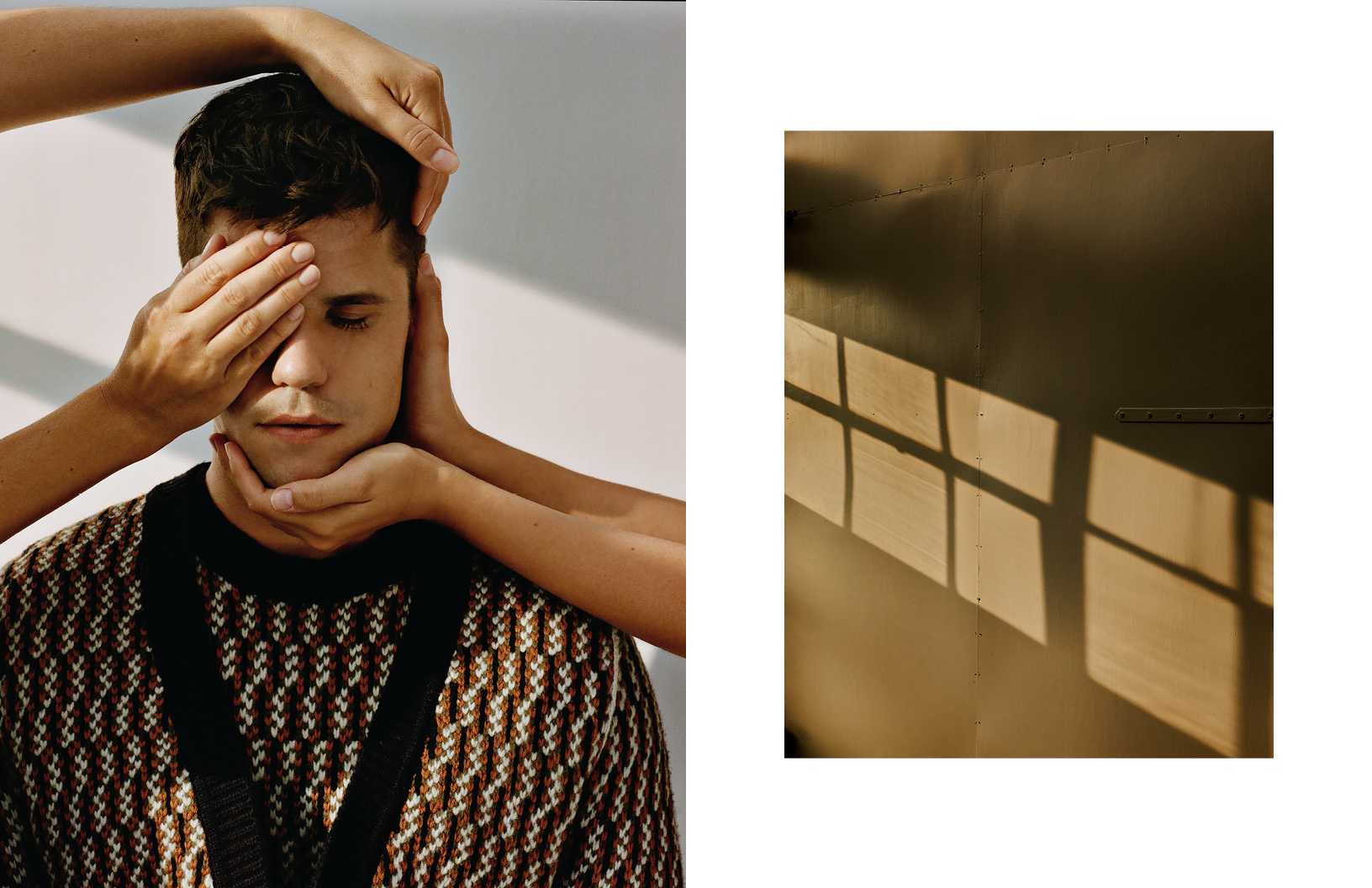 To all of us that watched you since your Teen Wolf days to now, we know the diverse roles you’ve played over the years. If you had to choose, who has been your favourite character until now, and why?

Oh gosh! I’ve been so lucky. What’s been so fun is that all of these incredible characters I’ve gotten to play have ended up inhabiting completely different worlds – different genres. Action, drama, fantasy, sci-fi, horror, comedy. That doesn’t necessarily change the underlying humanity of each character in the story, but each genre has presented new challenges and experiences. I don’t know if I have a favourite character, but I’ve loved working on period pieces. Diving into the social history of a particular time period is my kind of fun.

Let’s talk Ratched. This Netflix psychological thriller series looks haunting in the best way! Being part of it, how would you describe it in your own words?

I remember walking onto the sound stages on my first day and being blown away. The creative team did such a phenomenal job making the world of Ratched come to life – the sets, the costumes, the props, the makeup. When you’re given such a detailed reality to play in, so much flows from that. It was a blast. Hard work but a blast. And the loveliest group of people all pretending to do some pretty horrible things to one another. For all of the horror and heartbreak you see on the show – well, just know that we had so much fun going there. Also, Sarah Paulson is a goddess.

Your character in the show Ratched is Huck. What do we need to know about Huck before watching the series?

I think it’s important to know where Huck has just come from. He’s a war veteran. A veteran of World War Two, specifically. Young men entered that war with a somewhat different attitude and set of expectations. War was advertised primarily as an adventure. An initiation rite. But any notion of the explicit violence of war was mostly precluded by a heavily advertised heroic narrative. I think Huck somewhat innocently signed up to be hero, largely unaware of the horrors of the battlefield. And he returns with that trauma on his face, something he cannot hide. Wounded veterans of the First and Second World Wars were not at all met with the same welcome as the boys that came back “whole”. They were often slowly pushed out into lives of solitude due to overwhelming feelings of shame in a country that did not want to be reminded of the nature of their sacrifice. And veterans rights and services did not then exist as they do now, limited as they unfortunately still are. 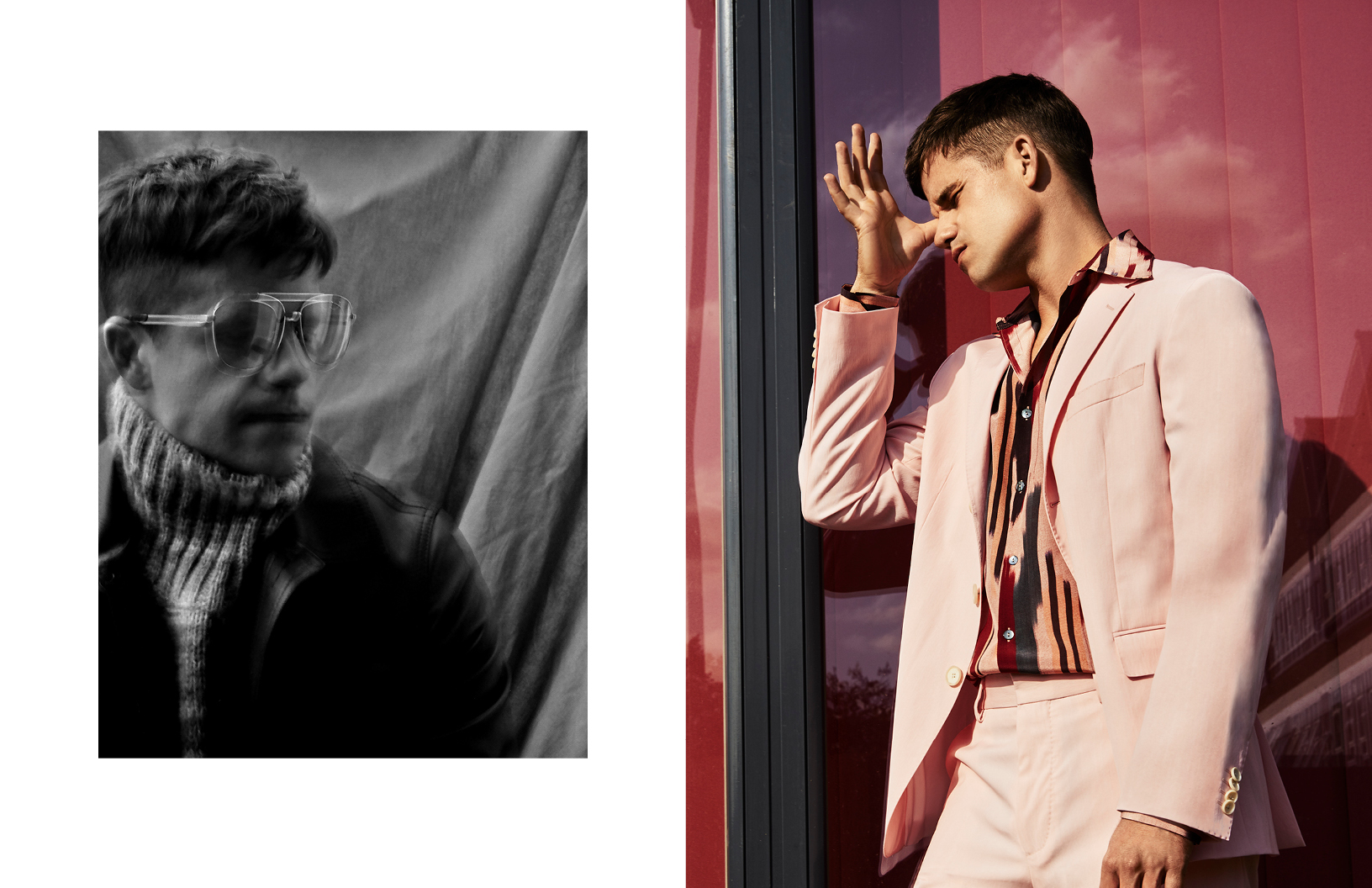 How did you land the role?

I had just worked with Ryan on The Boys In The Band on Broadway. One of my castmates, Andrew Rannells, needed to be in Los Angeles to film a television show and we found ourselves doing a house swap – he at mine Los Angeles and me with the keys to his place in New York for a few months (We still call it The Holiday). Ryan was in New York and invited me for dinner one night, and at one point the conversation turned to the show he was developing – Ratched. I was completely taken with the world he was describing and before I knew it, he offered me a part. I was speechless. Of course, I said yes.

Do you think that playing Huck was similar to any other roles you’ve played in the past? If not, what sets him apart?

Hmmm. I think I’ve always been drawn to finding the sweetness, the goodness of my characters. But no, this was very new for me and a challenge. I really wanted to live up to the backstory of this character and knew early on that makeup and prosthetics would play a big part in telling his story.

The show is loosely based on the popular novel, One Flew Over the Cuckoo’s Nest. Interestingly enough, that book is one of the most controversial and banned given some of its themes. Have you read it? What are your general thoughts on this comparison, and would you say the show is likely to be controversial?

I have! I read it in high school. I loved the book and was very into Ken Kesey and the Merry Pranksters as well. It’s a beautiful book. And a beautiful film. I don’t know if a comparison can be made other than that they both probe at and challenge the institutions central to them. I really love that Ratched puts women at the centre.

How has it been working with Ryan Murphy again?

Ryan is one of the few people in the world who makes me laugh to the point of tears. Truly. Tears. I love that man! I have so much fun watching his work. I had been a big fan for a long time. His leadership in pushes for more inclusive storytelling were a large part of the affirmation I needed from the world that I could come out. That the business was changing and would continue to change. He takes such good care of his actors and has given me chances I’m not sure I would have been given otherwise. 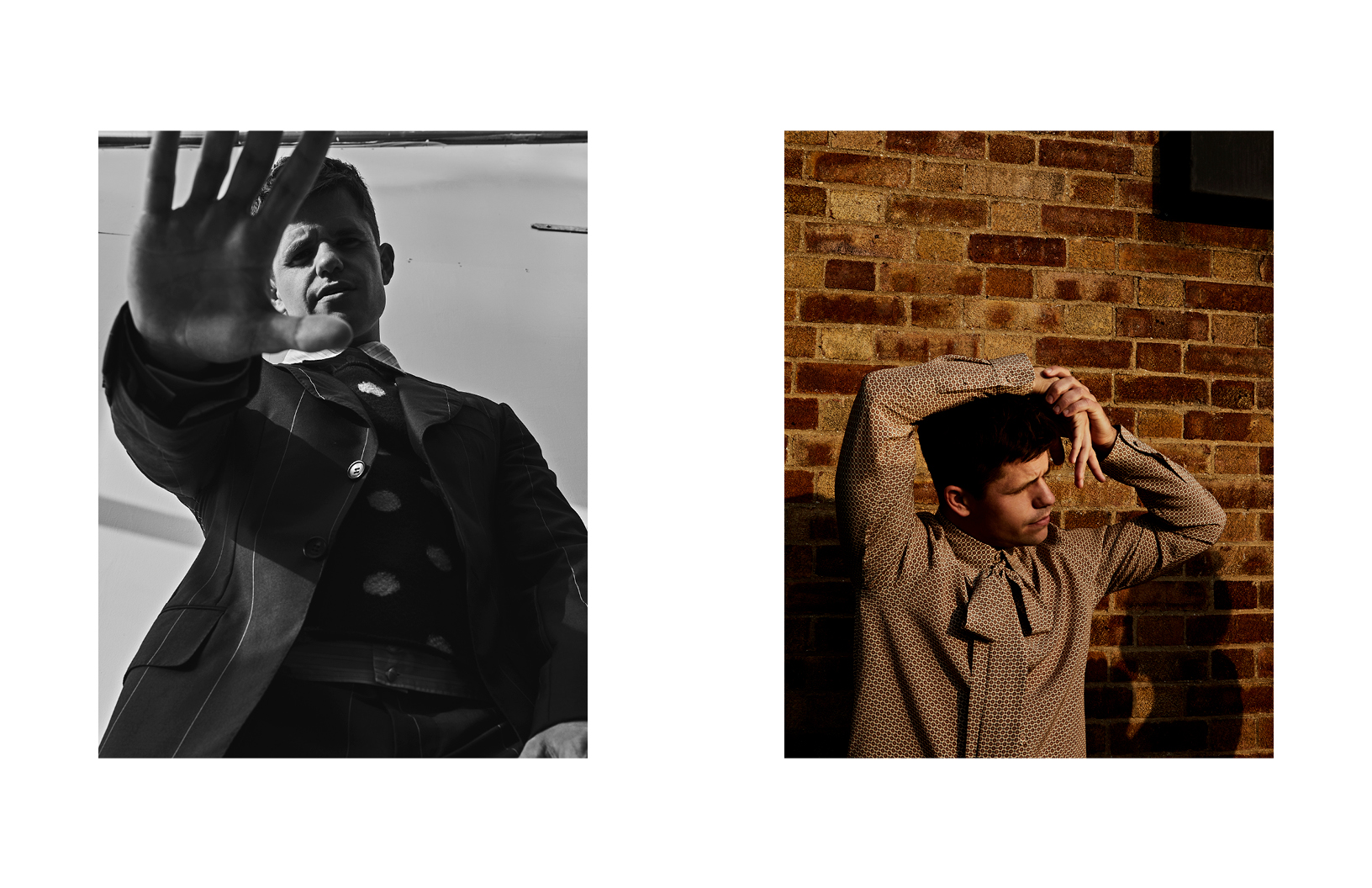 Are there any particular messages you hope people find and take from watching the show, Ratched?

First of all, I hope people enjoy it. It’s been a really challenging year. Ratched is deliciously fun and twisted. I hope it’s a welcome escape. That is so important. But I do think the show invites questions about authority and morality. So many of the horrific moments in the show come from very real psychiatric practices of the last century. Just because something is legal or ordained, does that make it right? On whose authority? And I think we as a society are only beginning to understand and appreciate how destiny is inscribed by trauma. Can I recommend a book? The Body Keeps the Score by Bessel van der Kolk came into my hands while filming this show. It changed my life.

What’s the biggest lesson you learned from working on the show?

Trust. To trust myself, yes, but really to trust the team. Making a show is a group effort. Forgetting that is the fastest way to find yourself in an unnecessary pressure cooker of your own making. Nothing can ever go “perfectly” until you trust that nobody fully expects it to. In that, there is so much more room for fun.

Aside from Ratched, you’ve also landed a role in Batman! This highly anticipated movie is on everyone’s radar, especially with the recently released teaser trailer. How did it feel landing that? Are you a fan of the comics?

I don’t think it’s even fully registered. I went through a big comic book period as a kid. I would buy volumes and read through each in one sitting. It’s a bit of a childhood dream come true, really, getting to act in one.

Can you give us any details to hold us over until summer 2021?

I can’t! But how about that trailer?

Fair enough! You seem to have taken quite a few off your bucket list already, but what type of role would you like to pursue next?

I’ve always had a thing for the spy genre. Something like that would be really fun. But honestly, if I’m moved by the writing and can get the job, I’ll take it. That’s the fun of this job. Jumping in. 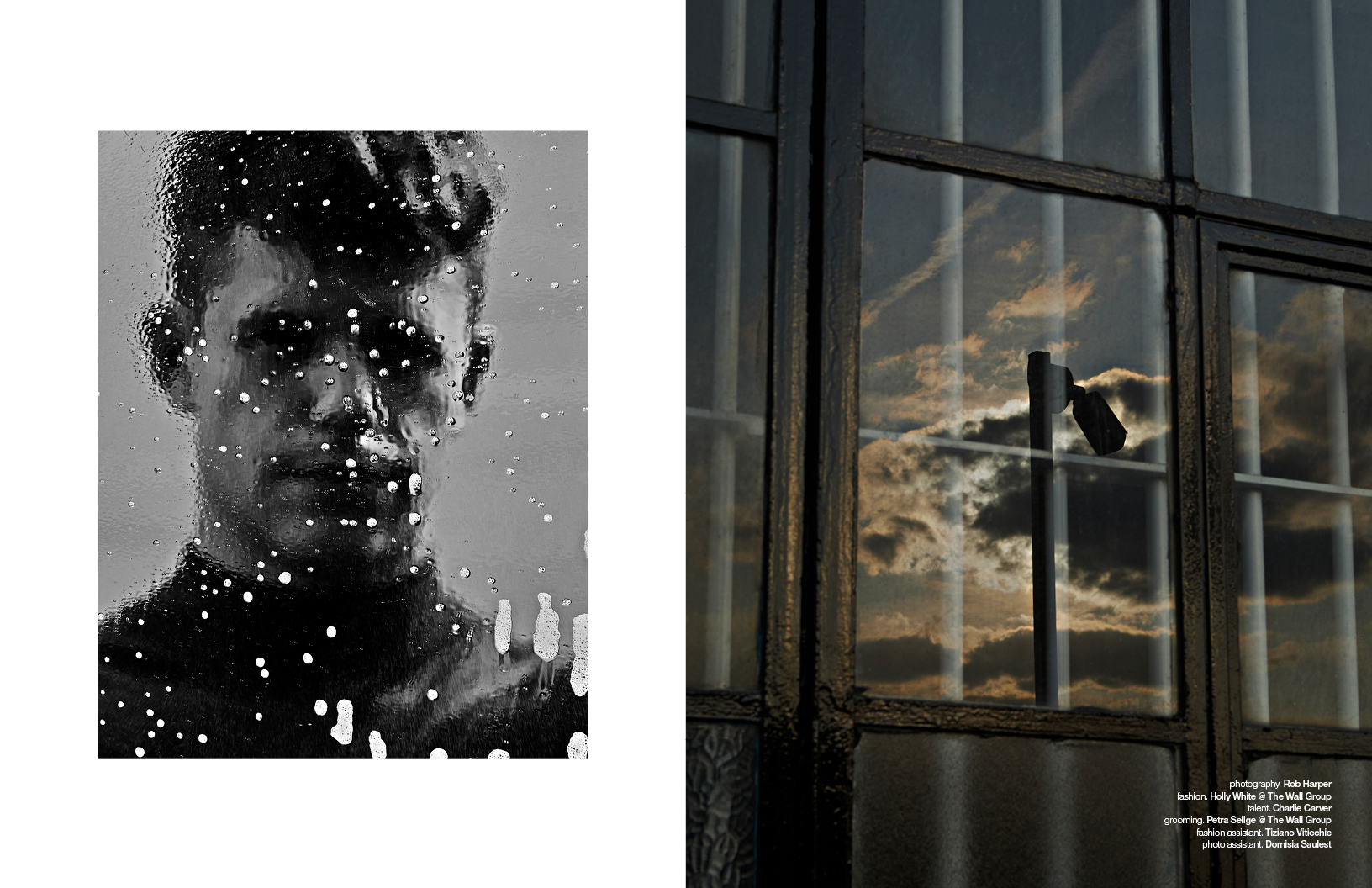 ‘Ratched’ is currently streaming on Netflix. ‘The Batman’ will premiere in 2021.