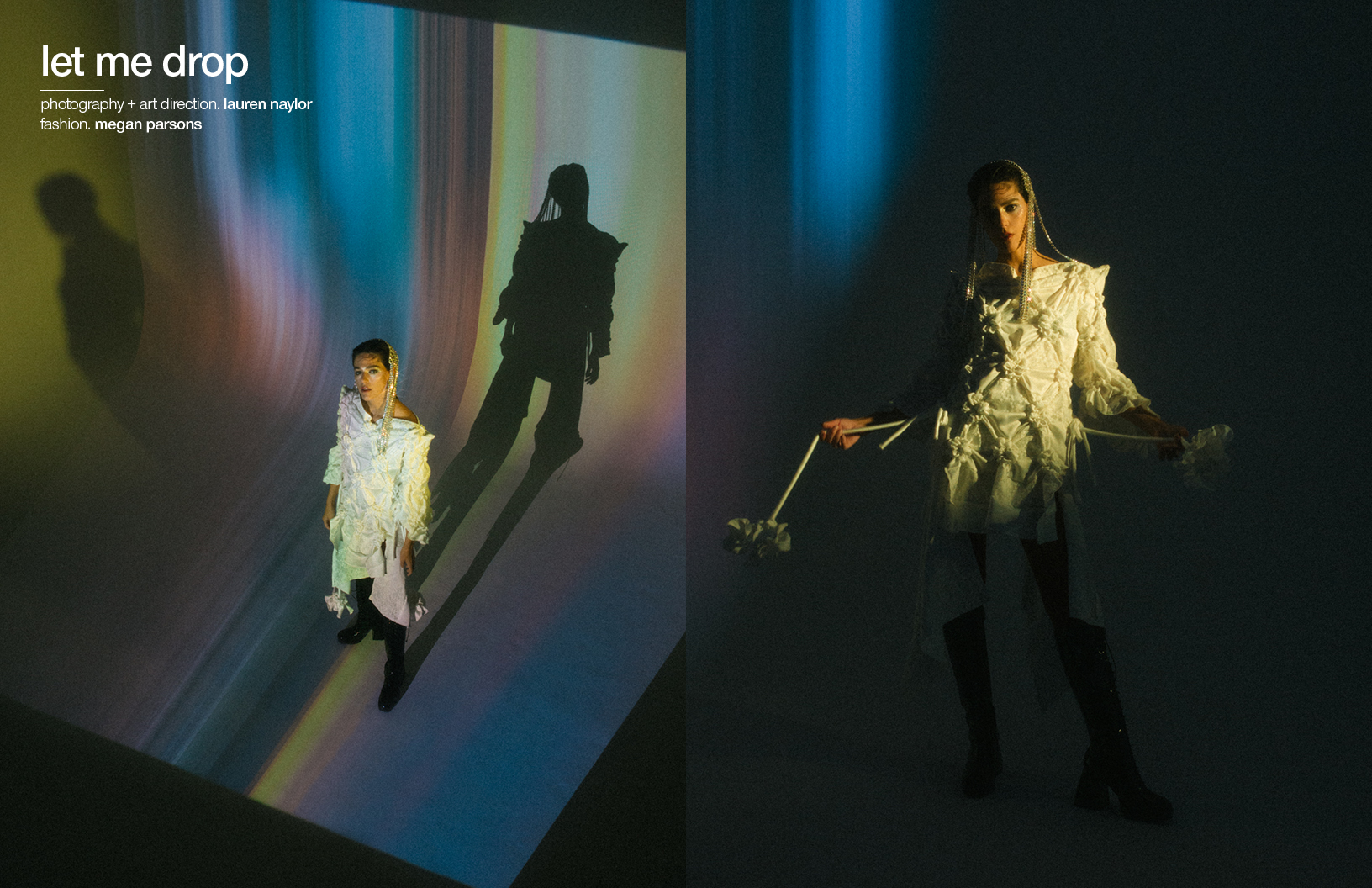 Hailing from Austin, Texas, Callie Hernandez is one of the most exciting names in the film industry right now. Best known for her roles in the 2016 award-winning musical La La Land and box-office hit Alien: Covenant, directed by the one and only Ridley Scott, she is already set to star in the second season of HBO Max’s Emmy nominated series The Flight Attendant, as well as being cast alongside Jennifer Lopez in Lionsgate’s new series Shotgun Wedding, which comes out later this year. Following the huge success of her career to date, there’s no doubt Hernandez is set for big things. With so many exciting opportunities ahead, Schön! sat down with the rising star to find out a little bit more about who’s behind the screen.

Hey Callie, it’s lovely to meet you! How are you? How has your year been?

Hello! How are you? I’m okay, another year!

What’s the first project you did that made you realise you wanted to pursue acting as a full-time career?

It’s a bit nuanced, but the short version is that I did a few days on Terrence Malick’s Song to Song. It was my first time on a film set and Terry walked in wearing UT basketball shorts, a Hawaiian shirt and his hair like he’d recently been electrocuted. His eyes were huge. He said there was a butterfly in the field. We’d have to pause. I’ve said it before, but being on a set felt like home. I still feel this way. I was cut from the film, naturally. But that was it for me. It just felt right.

What was your reaction to landing the role of Tracy in La La Land? What does being in such a successful film mean to you?

I was in Texas, staying with a friend on her ranch. It was morning and I was still in bed, watching her horses graze through the window, then the phone rang. I couldn’t believe it. In terms of success, I’m not sure. I played a small part in a large production, but I feel proud of that film. The experience itself was heavenly. Damien was wonderful. Sonoya Mizuno remains a dear friend to this day. We shot in technicolor, if I remember correctly. It felt alive. And singing and dancing and performing was, I suppose, something I’d always wanted to do, though I wasn’t much of a dancer at the time. I’d always been obsessed with films like Meet Me In St. Louis and Vincente Minnelli and Sweet Charity and things of that nature. It was a dream, really.

Congratulations on your role in the current season of The Flight Attendant! You play Gabrielle Diaz in the show. Who is she? What is she like?

Thank you. She’s fun to play, a real baddie wild card. I like playing characters that are a bit more macabre or ‘off’ in some way. especially when there’s some kind of comedy involved.

It’s always a little strange joining a show that’s been on for a full season already, even though much of the cast is different this season. How did you get into the rhythm of The Flight Attendant set?

J. J. Soria plays my husband, Esteban Diaz, in the show. We’re true partners in crime, so I think being part of a sort of bad guy duo made that easier. I had a buddy. We had a lot of fun, tried a lot of different things. The Diazes are fairly separate from the rest of the characters in the series. They come from a different world entirely, a different reality. We had no real ties to anyone else. So, I think JJ and I sort of tried to find our own rhythm.

What was your favourite moment from shooting this season of The Flight Attendant?

There was a scene — which, I actually don’t know if it made it into the series — but we shot this elaborate fight scene. Two, in fact. One under the Santa Monica pier. Another on an escalator chasing Rose’s character, Megan, through the airport. I love physical comedy. I love doing stunts. I don’t know why. I’m not particularly athletic, but I love doing action. 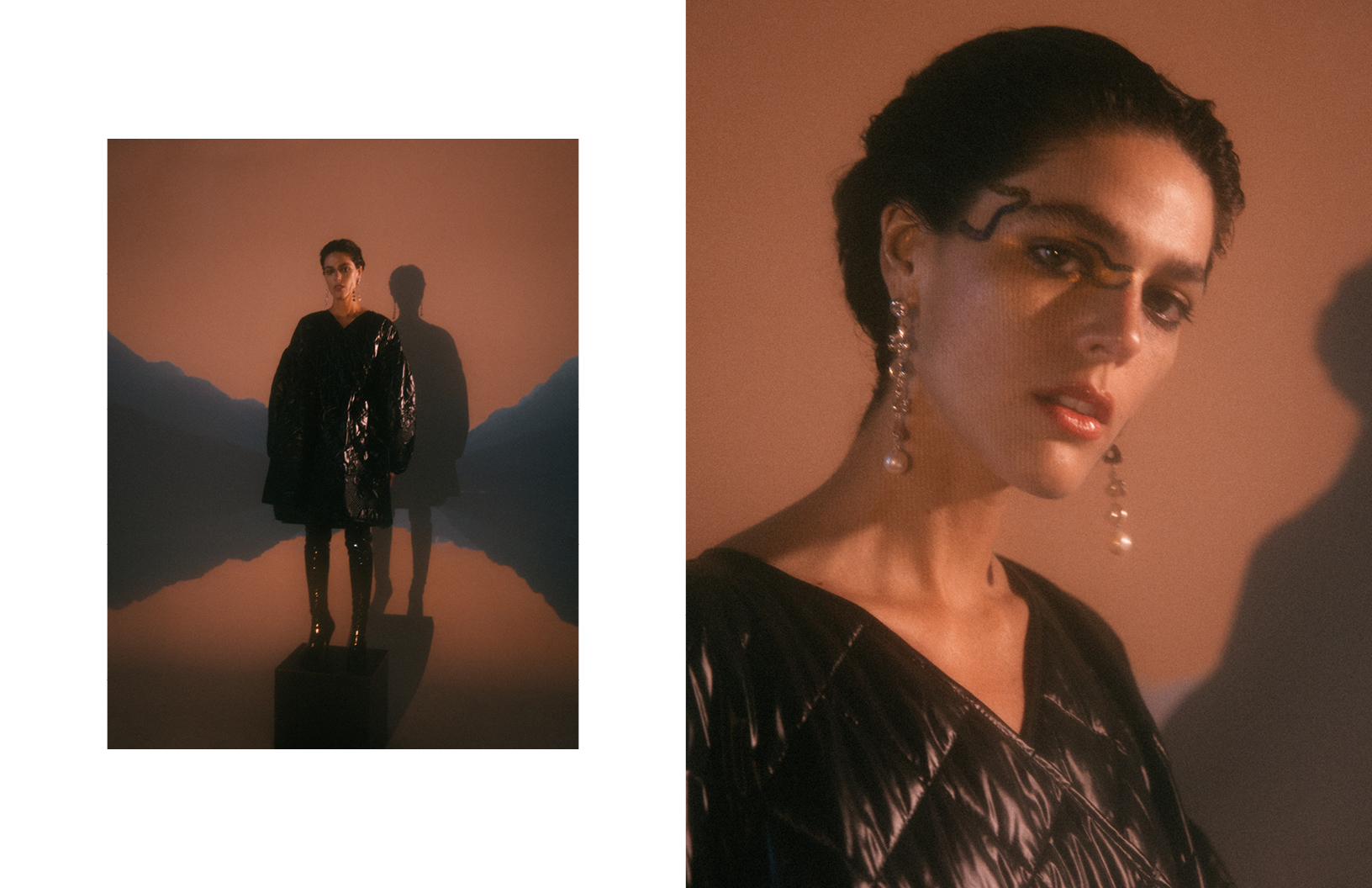 You’re also set to be opposite Jennifer Lopez in the upcoming film Shotgun Wedding. Do you have any good J-Lo stories to share? What was that experience like?

Another very, very special group of people. Sonia Braga plays J-Lo and I’s mother, Cheech Marin plays our father. Both of them felt kindred to me by the end of the shoot. Steve Coulter and Jennifer Coolidge are brilliant. D’Arcy Carden and Lenny Kravitz are unreal. Selena Tan is also unbelievable. I also worked opposite Desmin Borges and we had a great time. It was a strange time, the pandemic was still very much real and happening. We all lived together in a villa on the beach in the Dominican Republic. If I’m being honest, it was a strange dichotomy shooting the film during a pandemic. But in terms of the cast and all living together, we all really loved each other. It was sort of miraculous that we all got along so well, really. We had dinner together every night. It was a little family. We had a screening room and we hosted Q&A’s. We watched Sonia’s Kiss of the Spider Woman and Moon Over Parador. We watched Up in Smoke with Cheech. Best in Show with Coolidge. It was lovely. Jason Moore was wonderful to work with. Another dream in many ways.

Each new job brings a completely different character for you to play. How do you prepare for a role these days?

It just depends. Some things call for a lot of preparation. I’ve done that. I love research. Others have called for more instinct. Some are sort of just innate. Others take more work to find my footing. Some, I never did find my footing.

Is there a genre or area of performance that you’d like to explore more in the next few years? What is it and why?

Yes. So many. So, so many. I like world building. That’s vague, but that’s the best way I know how to put it. I come from a long line of Texas carneys. My great grandfather was a lion tamer, great grandmother was a painter and an opera singer. My grandmother and her husband worked at Dollywood, Dolly Parton’s theme park, for a number of years, living in the nearby trailer park. My dad was a holistic doctor, which doesn’t sound related, but he was definitely a bizarre sort of performer in his own right. Performance is sort of in my blood, I suppose. So, it comes out in myriad ways. 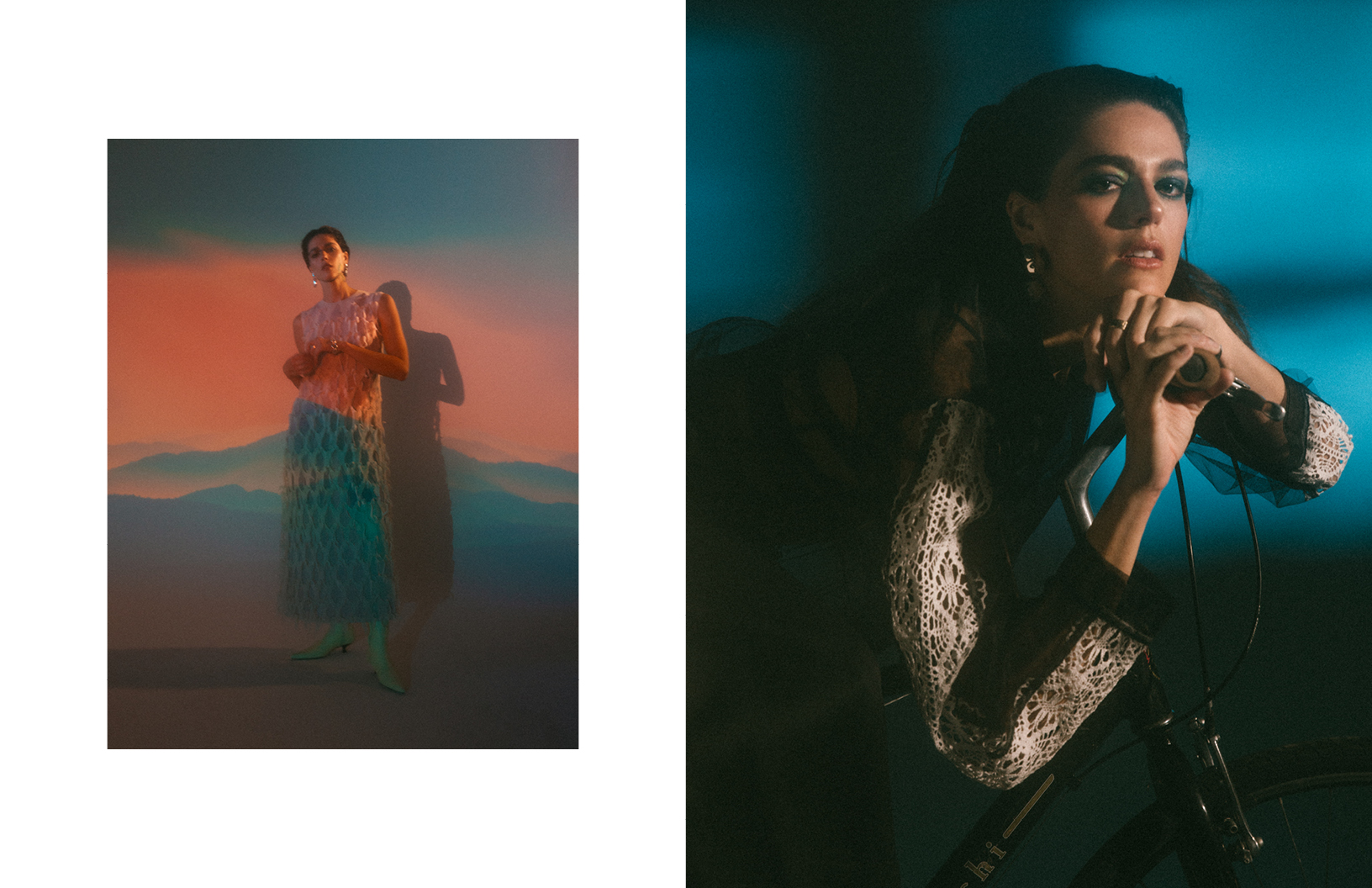 You were also on the creative team for the film Jethica, which recently debuted at SXSW. What can you tell our readers about that experience?

Pete Ohs, who directed, is a good friend of mine. So, I went into the project as a sort of right-hand woman in whatever way he needed. Whether it was writing or finding locations or acting, that was the idea behind it. Writing and acting tend to go hand-in-hand in many ways for me. It was a small crew, five people in total, living and working and shooting a film in an isolated, desert trailer in New Mexico during a global pandemic. We were there for just a few weeks. Pete has an approach to filmmaking he refers to as ‘the table of bubbles’. We made it just to make it, so it was a highly experimental film. We never expected it to see the light of day, frankly. An ulcer, a few flat tires and a snowstorm later, Jethica was born and premiered at SXSW in March.

When you’re not prepping for the screen, what’s been keeping you busy or interested lately?

I have lots of weirdo interests. I make porcelain sculptures from time to time. I’m a big flower person, so I have a flower garden and make a lot of large-scale bouquets. I write. I read. I’m a big dog person, a river person, being from the Texas hill country. My life revolves around films, namely.

I hope I continue to work consistently, if I’m lucky. I’m beginning to put my own projects together more-so, now. I’ve always written and things of the like, made films with friends, but I feel ready for something a bit larger scale, now. We’ll see how we go. 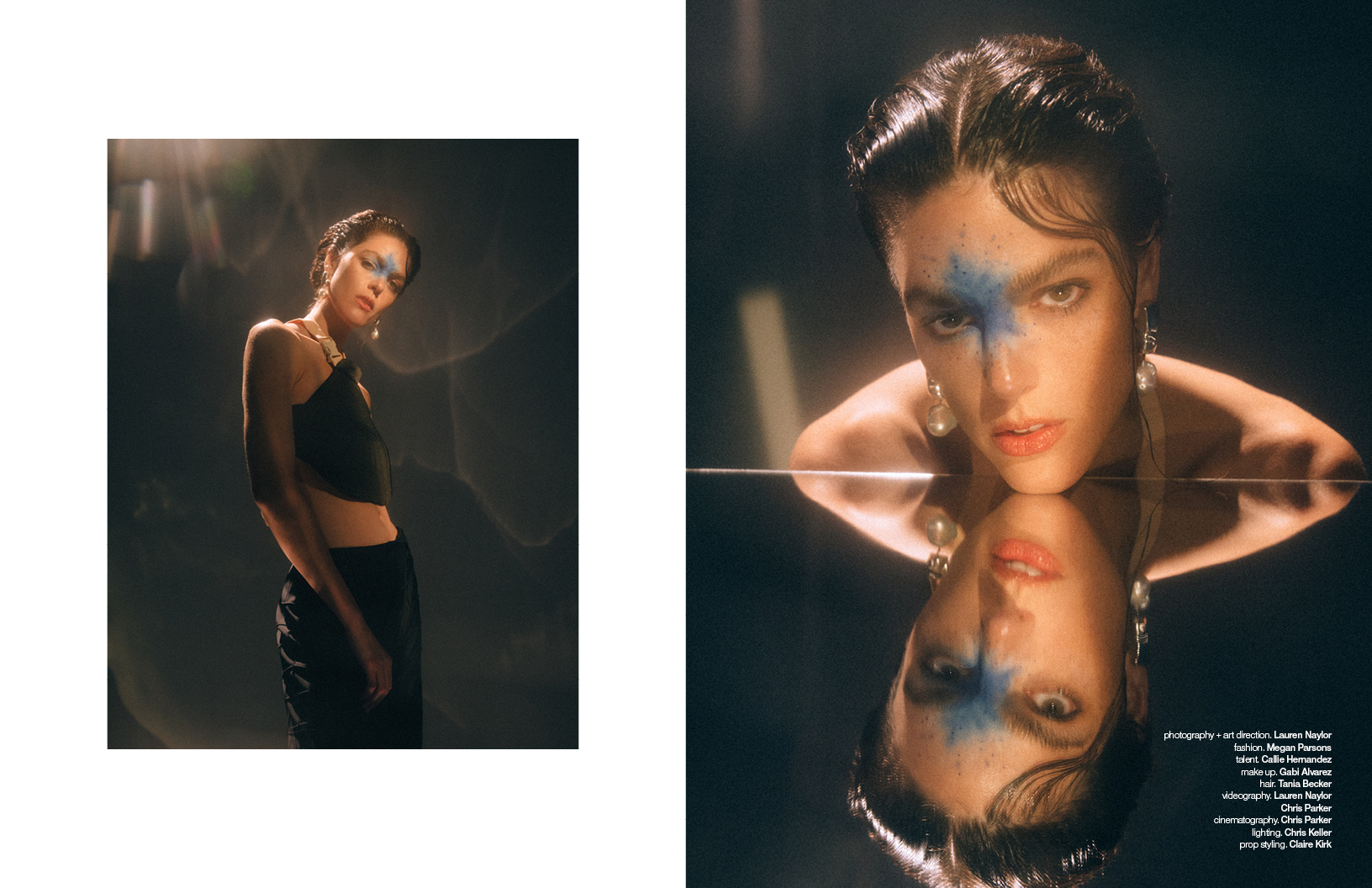 The Flight Attendant is out now on HBO Max.