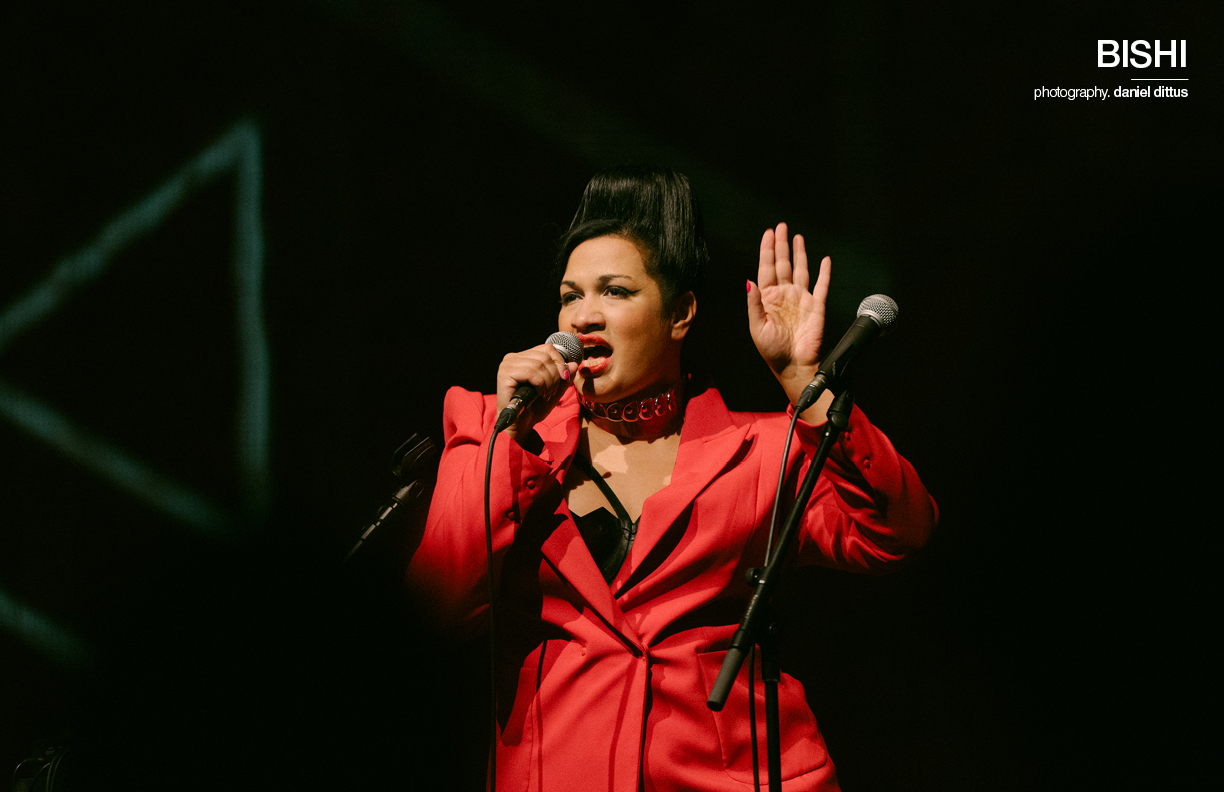 The Elbphilharmonie in Hamburg is a concert hall steeped in artistic heritage. Every year the venue celebrates some of the most pioneering artists across the world and 2021 was no exception. Renowned sitarist and composer Anoushka Shankar curated  a stunning lineup of global artists in her very own “Reflektor.” In her own work, the grammy-winning musician offers a modern take on classical Indian music. In her specially curated Reflektor, Anoushka highlighted artists across the South Asian diaspora doing the same.

Amongst the diverse palette of artists invited to perform at Anoushka’s Reflektor, a particular standout out was UK-based BISHI. She’s an outstanding performer, and skilled sitarist, whose command of the stage is mesmerisingly captivating. Musically, BISHI serenaded her audience with songs from her latest album Let My Country Awake. She not only managed to merge both the classic and experimental, but completely reimagined the familiar sounds of the sitar with a distorted electro edge. Artists like BISHI embody why platforms like Anoushka’s Reflektor at the Elbphilharmonie are necessary in today’s creative landscape. They offer a platform to showcase underrepresented artists who are masters of their craft and open to pushing genres boundaries. 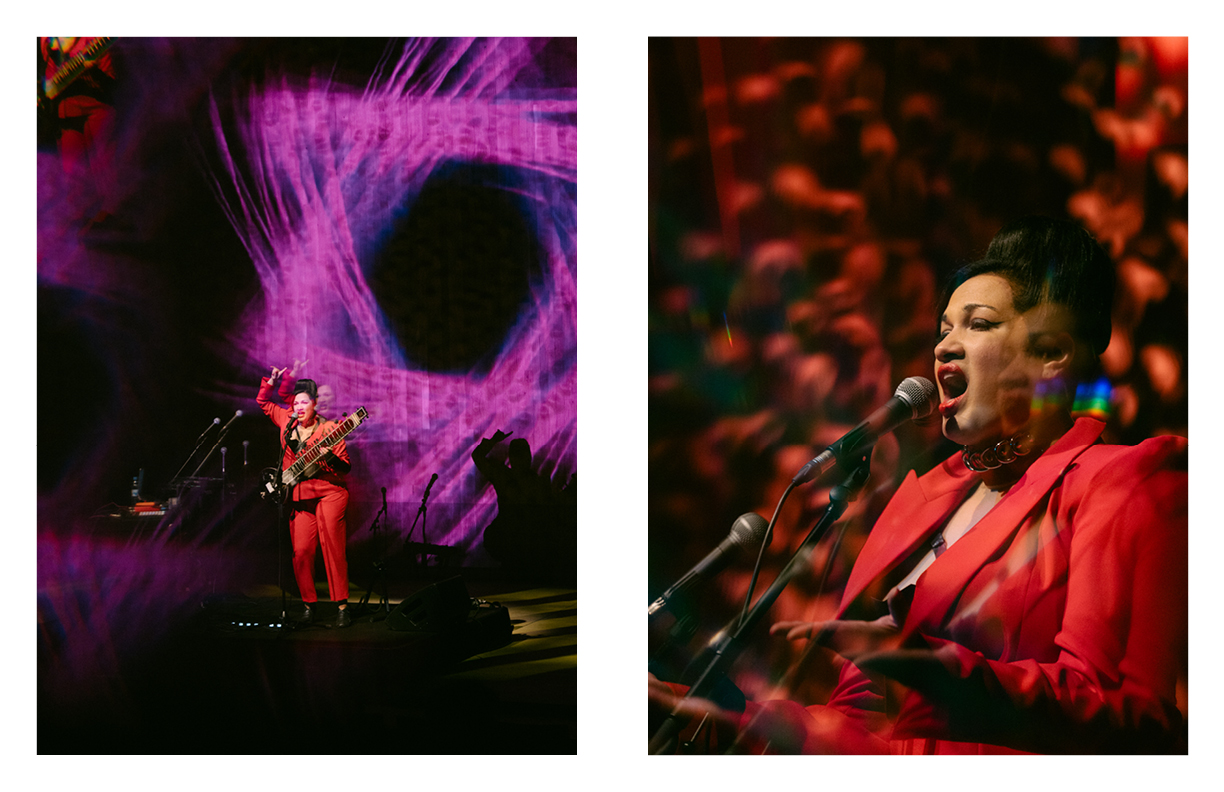 What was the most exciting part about being asked to take part in Anoushka’s Reflektor festival?

To get the opportunity to perform in Germany for the first time in years, to be on a plane and visit a European city after two years.

When you were first asked to perform, what did you want to bring to your performance?

This performance was the debut of material from my most recent album Let My Country Awake. I wanted to bring all my love and energy, alongside a polished performance of new material, including midi-mapping my Sitar to my Ableton Push. 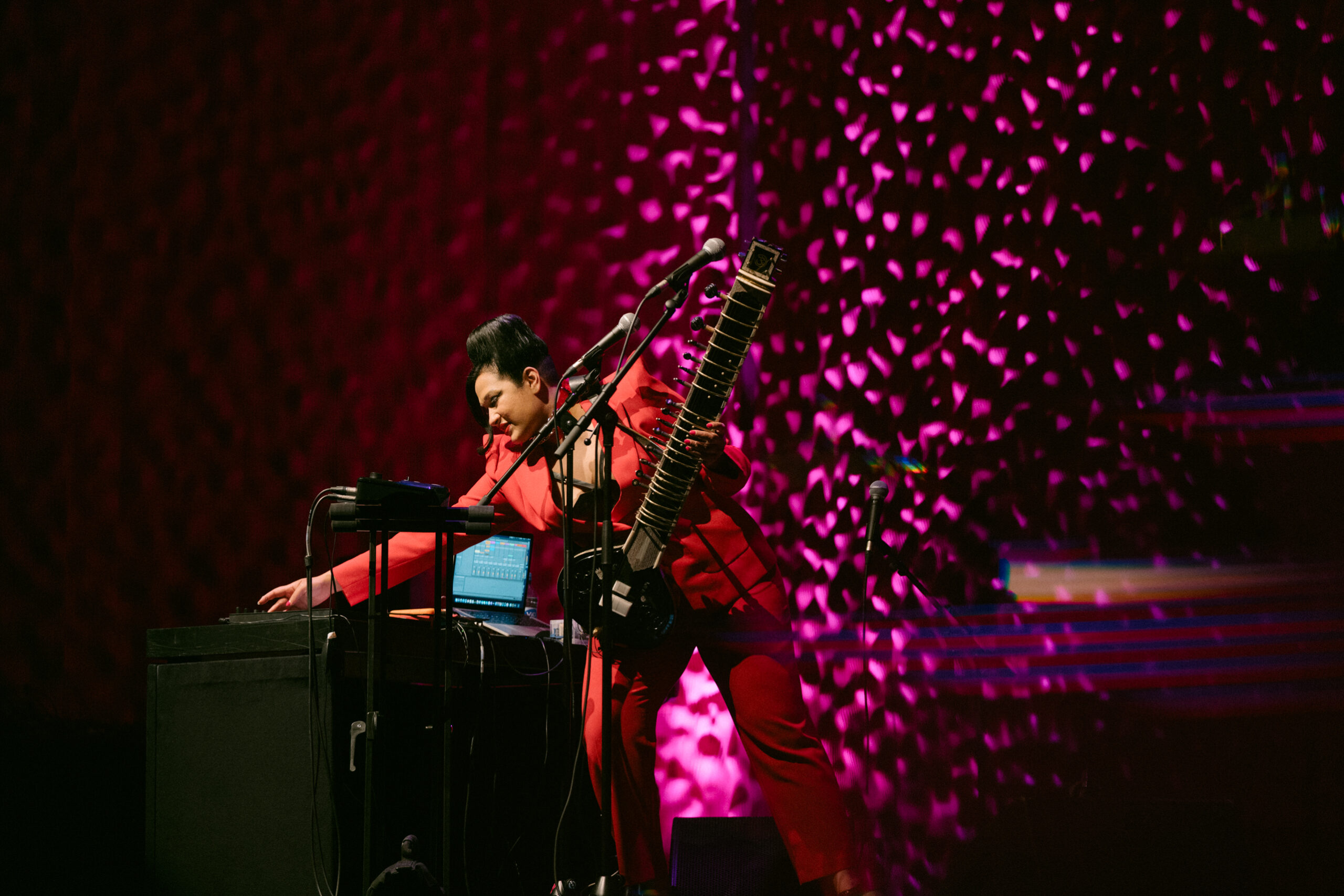 I was treated with so much kindness and support. It felt like I was floating when I was on stage. I could really focus and lean into the performance. I couldn’t stop smiling.

How did you try to create a level of intimacy in such a huge space?

I think this stems from feeling at home onstage and hours of rehearsal. The thing with a gig is that performer and audience are experiencing things in realtime so there is no separation. We are a giant circle.

The venue is known for bridging tradition and modernity. How do you feel that Anoushka’s Reflektor festival embodies that?

As a modern woman who has grown up in multiple cultures, Anoushka has an innate sense for this. She is steeped in tradition but embodies a fully modern life and this really showed in her curation. 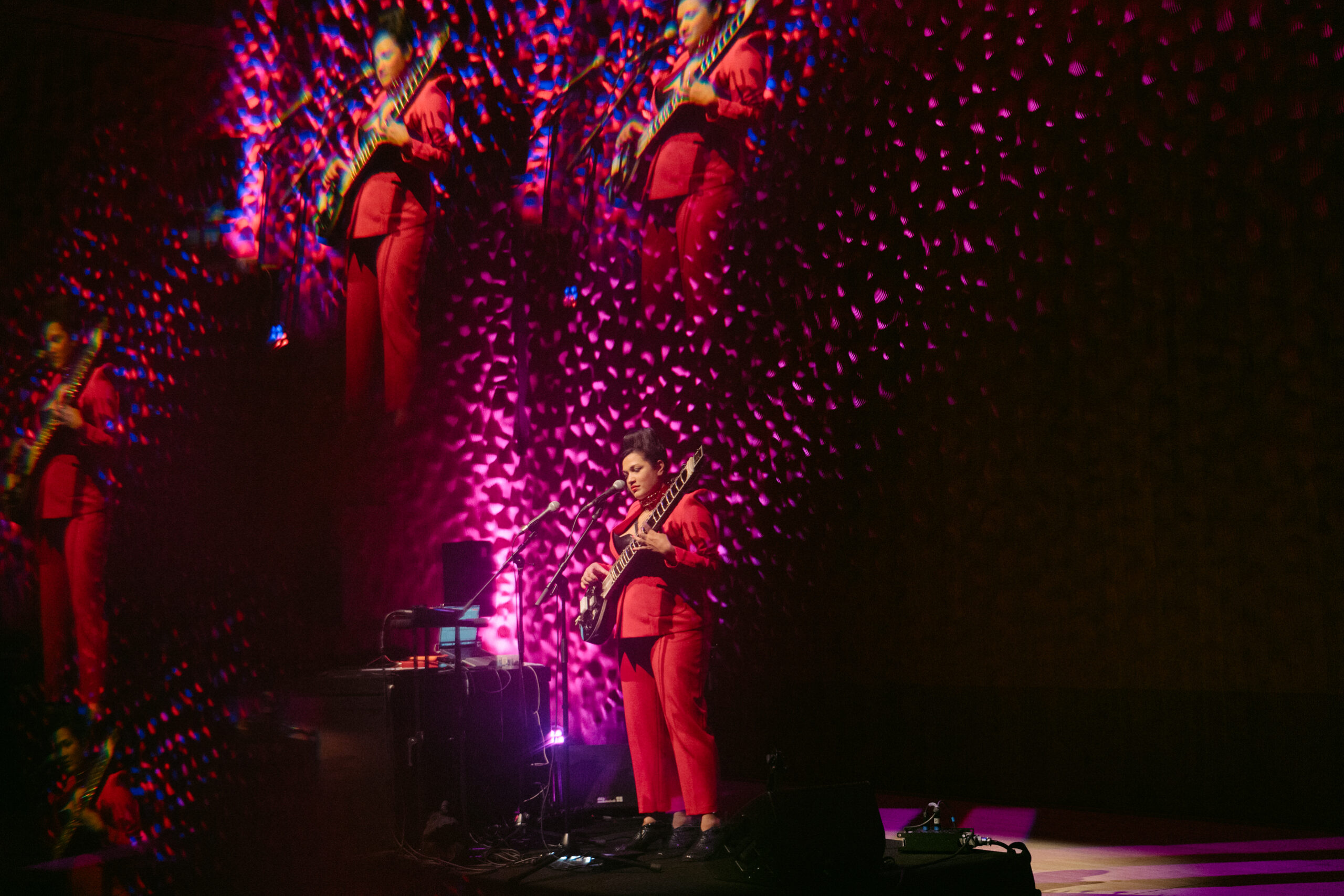 What do you hope the festival audience learned about just how diverse Indian music is today?

I hope the audience realised that there are many dimensions and interpretations of Indian music beyond what is marketed to the mainstream.

Anoushka and yourself are both sitar players but have very different styles. Do you ever look to Anoushka for support or inspiration?

I trained with Gaurav Mazumdar who is her father’s senior disciple. So in many ways, we learned the same musical alphabet. I decided to write a very different language with it. It’s really awesome that she supports and encourages what I do creatively. She’s an amazing friend. 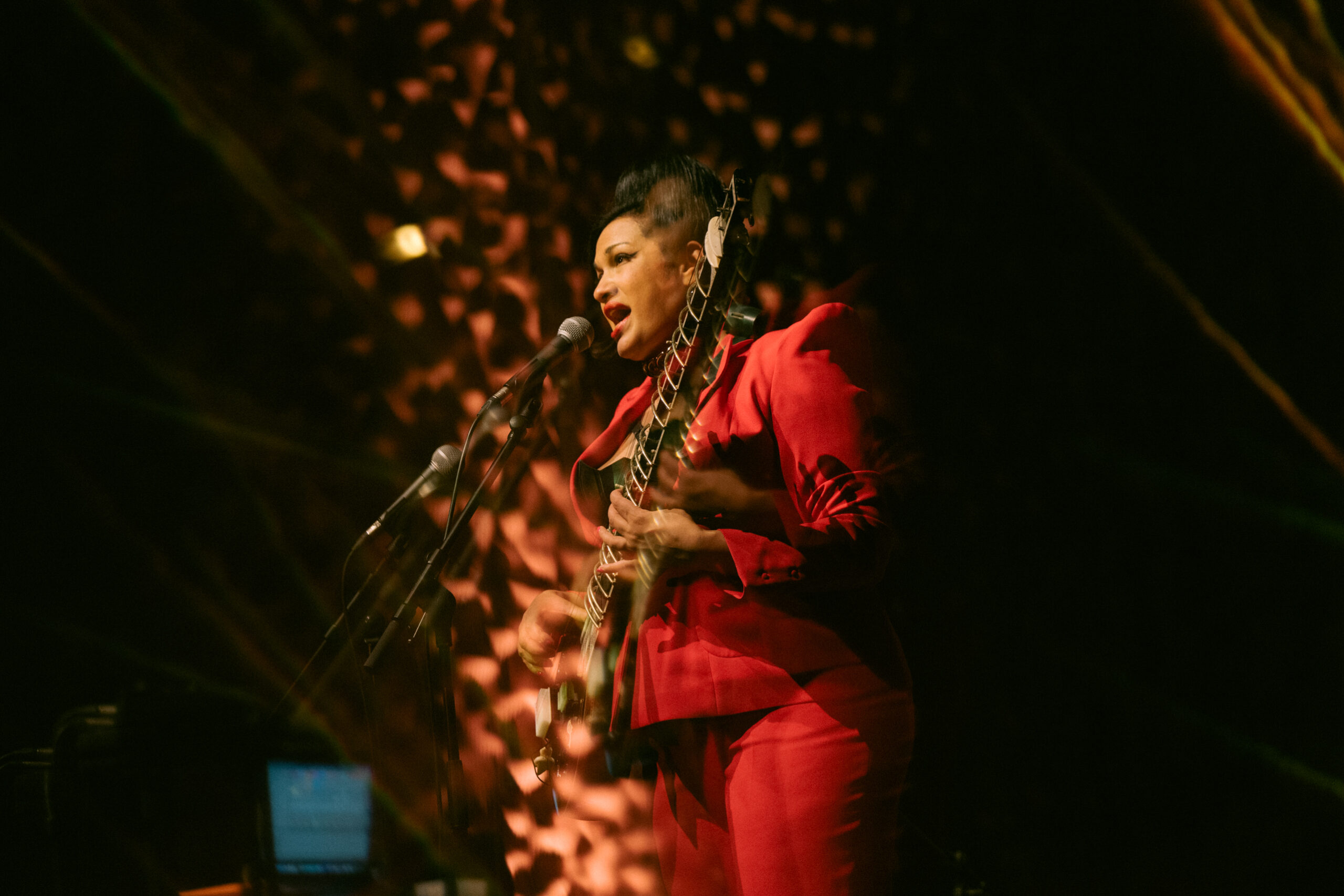 How do you think Anoushka’s Reflektor festival challenged what people thought they knew of South Asian music?

Through its expert curation of music, movement, and multigenre performance. The lineup included me, Sarathy Korwar, Arushi Jain, Perera Elsewhere and Nabihah Iqbal – just an incredible variety of musicians to be curated alongside.

Why do you think having a platform to showcase the interesting sounds coming out of the South Asian diaspora is important?

With the rise of movements such as Black Lives Matter, it’s caused diasporas around the world to re-evaluate themselves and the impact they can have on each other. It’s time for us to stand together and show everyone what we are really made of. In Britain, South Asian musicians are underrepresented and it’s important we have each other’s backs and be loud. This festival was a brilliant opportunity to showcase this.

Lastly, what was the most memorable moment of the festival for you?

The incredible energy combined of the audience, artists, and the city of Hamburg. Elbphilharmonie is a magical place. Thanks so much for having us! 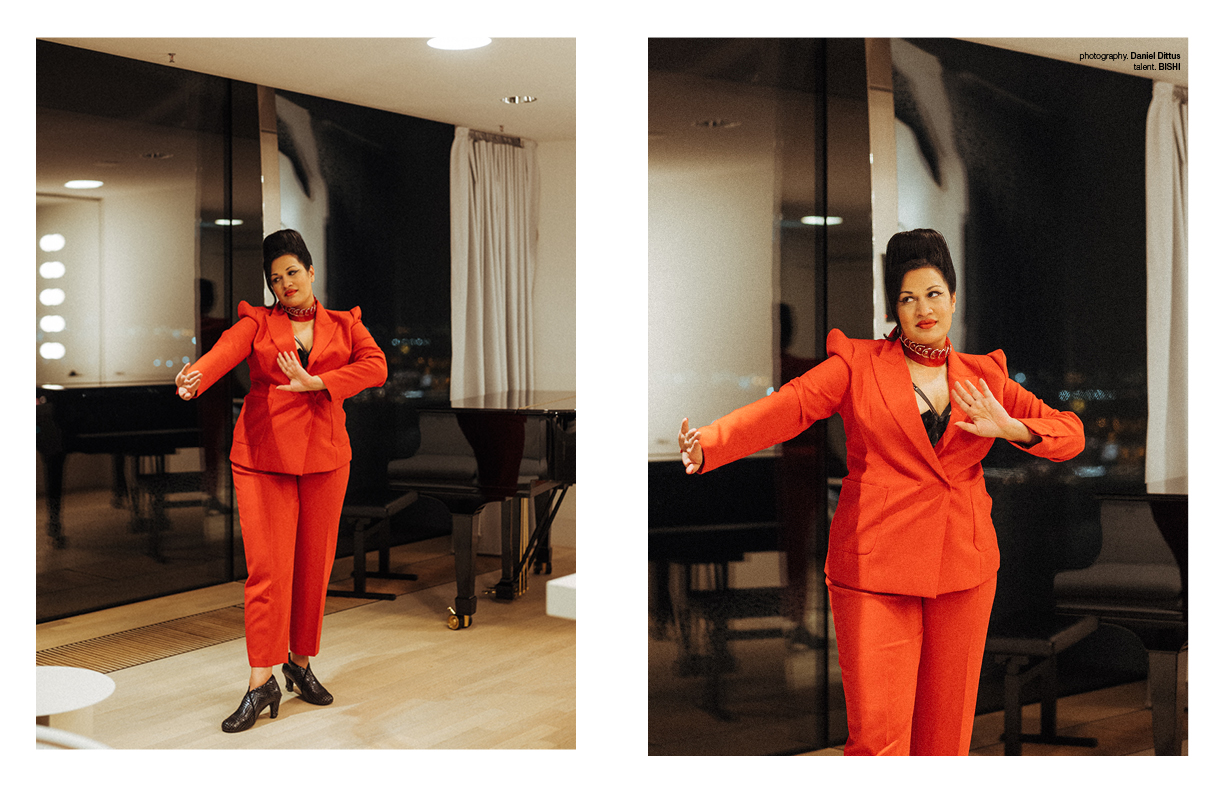