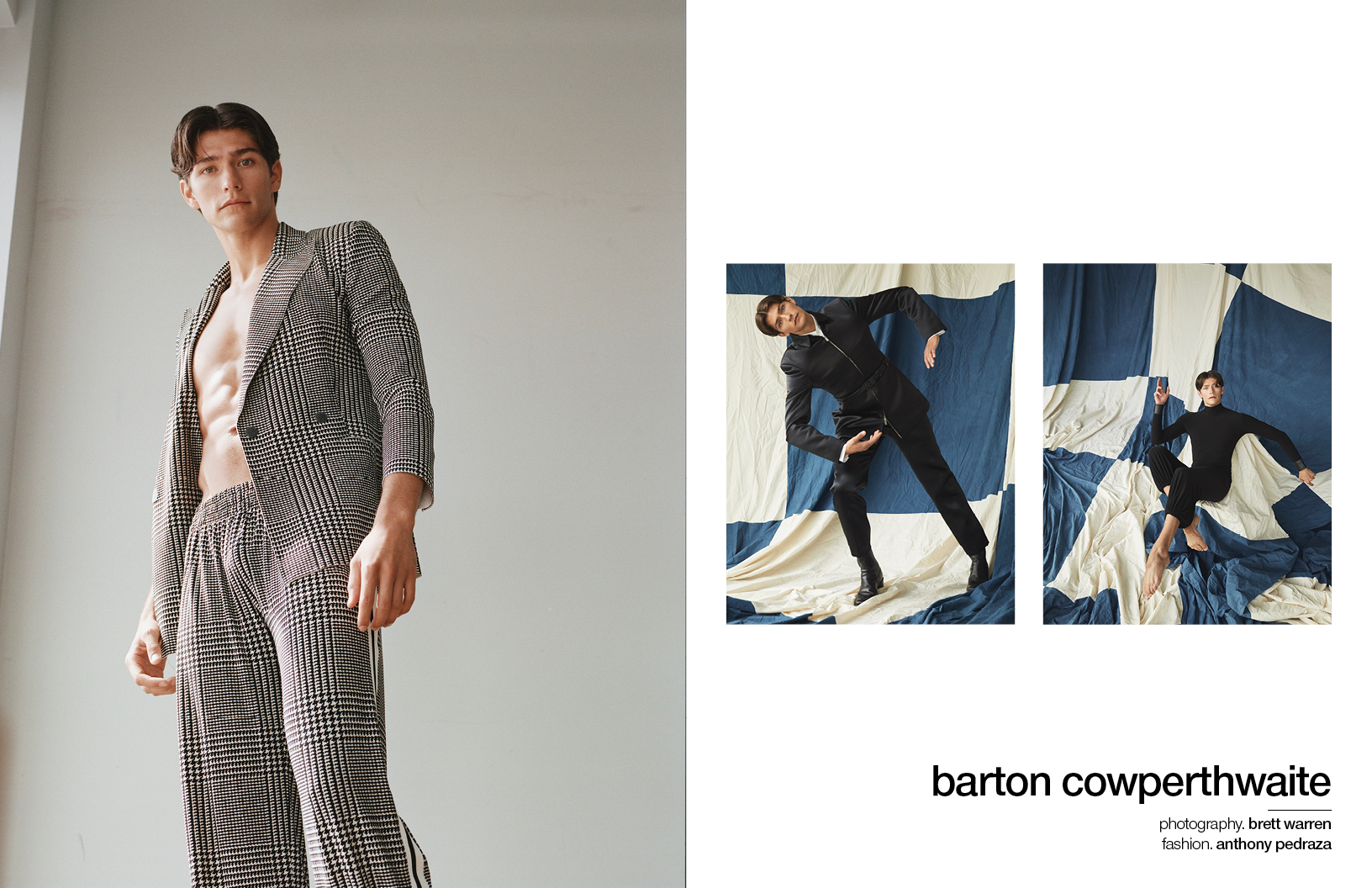 While The Queen’s Gambit is inspiring women to take up chess, rest assured that young men will be flocking ballet studios after seeing Tiny Pretty Things. This new Netflix Original Series features Barton Cowperthwaite as Oren, a professional ballet dancer who struggles with body dysmorphia while questioning his sexuality.

In real life, Cowperthwaite is an equally impressive dancer with a list of credits that includes an esteemed production of “La Traviata” at The Met in New York City. Schön! chatted with him about his character Oren and his experiences in real life as a ballet dancer pursuing his passion with humility and dedication. Besides his enormous talent on screen, Cowperthwaite is a delight off-camera: he’s charming, good-looking and has a sense of duty, even becoming an activist during the COVID-19 pandemic.

How much of Oren do you know from your professional life as a dancer, and how much is different?

That’s a great question. I know bits and pieces of everything about Oren from people I’ve met and from my own experiences. I can absolutely relate to Oren’s desire to be great, his drive and facing adversity as a male in ballet. It’s definitely something where, when you pursue it, you’re bullied, and you’re forced to question yourself and your masculinity and your role in the everyday world.

Oren is different from me in the sense that he is really body dysmorphic, and that manifests in an unhealthy eating disorder, and he’s really questioning his sexuality. And I’ve dealt with those things—fortunately, I think, in a healthy way, thanks in part to my support system, my family, my friends. Oren, being at a boarding school, hasn’t necessarily had that same kind of access to exorcise those anxieties in a healthy way. And so, I’ve had absolutely known people in ballet who deal with these confusions with their sexuality, with their body dysmorphia, and then it manifests in toxic masculinity, in kind of being overly machismo just because you’re a man in what’s perceived as a woman’s profession. You can really lash out when anxiety kind of steps in about those things. 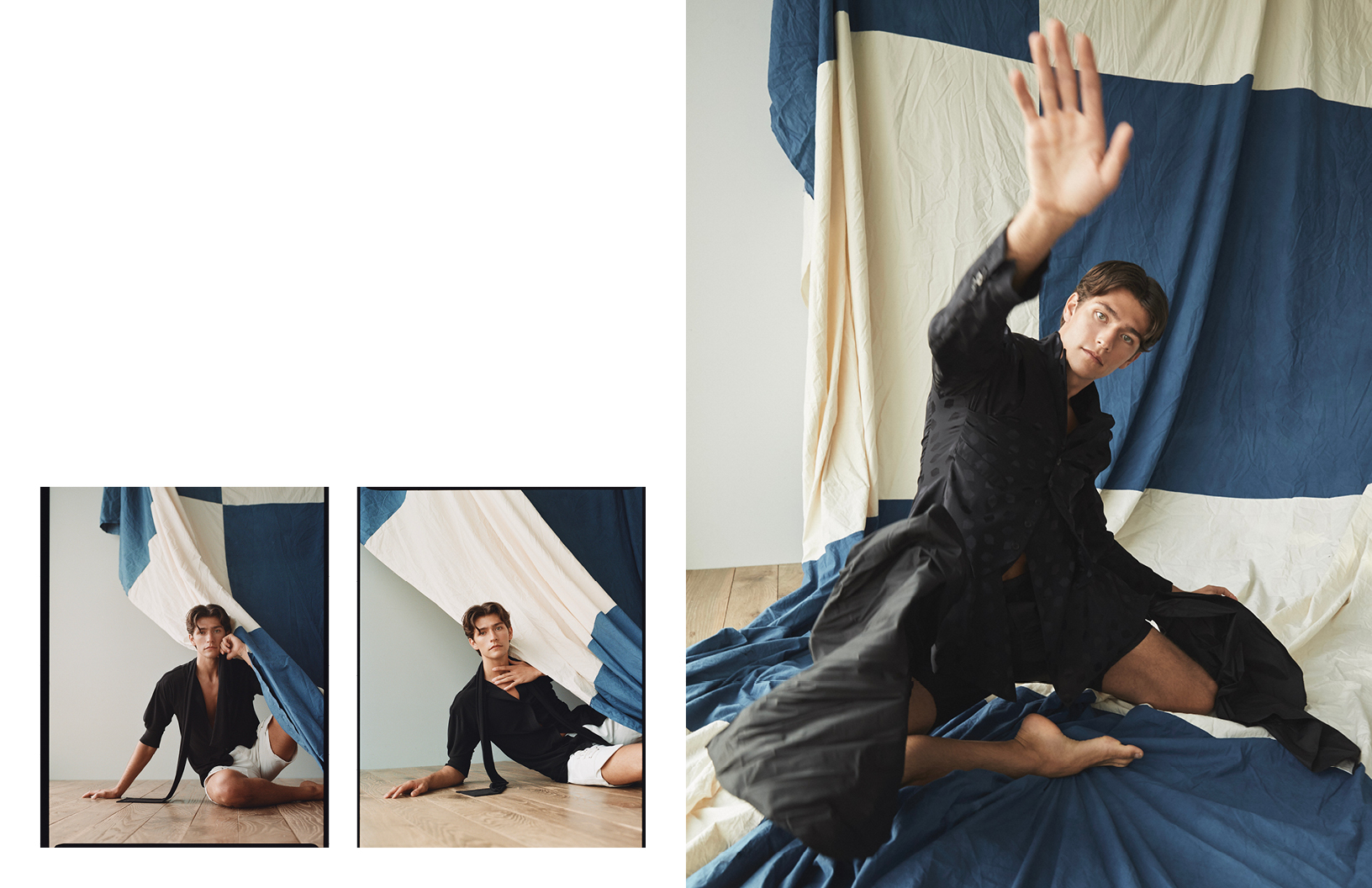 Were you exposed to a lot of bullying when you decided to become a ballet dancer?

I was very exposed to it. When I first started, I started with Hip Hop, and that’s considered a more ‘manly’ style, I suppose. But everybody at the studio said that taking ballet would make your Hip Hop better, and so I started ballet. Of course, I was bullied after I started, and I was fortunate to go to an arts high school after starting in middle school, and I was fortunate enough to have the support of my parents. Not every kid who wants to do ballet has parents who can step outside of the stigma and think it doesn’t matter what anybody thinks, or what his sexuality ends up being. I’m very fortunate, and I’m proud to have had the support of my family. It shouldn’t matter what anybody’s sexuality is, what it’s perceived to be. Yes, I was bullied, but I ended up finding a community of like-minded people who I was able to train with, and it’s because of all of these people that I was able to find a path into a professional career.

So, in the end, you would say that the reality is a little bit different than the TV show because those people were your biggest support group and strongest friendships. How is the rivalry between dancers in real life?

I think the show does a fantastic job of portraying the reality of relationships between kids in a school like this. These kids are your best friends and your biggest competition, so you’re always finding the balance between support and competition—between the people you love and you hate. Everyone is in parts “over” you, but they’re also the ones picking you up by bootstraps when you’re down. They’re the ones who see your vulnerability and the struggle that you go through, so they become the only ones who really know you, especially when you’re at a boarding school and you don’t have your parents. I think the show actually does a really good job of exploring that very difficult path of friction and ease between these people who are competing against one another.

Are there any specific dancers you admire or adore? Especially within the cast, are there people that grew to you and you’ve formed real friendships with?

Well, I am so lucky that the cast — they’re all absolutely wonderful. We would shoot all day every day during the week, and then we would all go out together on the weekends. We all became very, very close. But within the cast I was fortunate enough to partner with Kylie Jefferson, who plays Neveah Stroyer, and we have I think a very palpable chemistry on screen and in person. She was just an absolute pleasure to dance with. And her story in life mirrors her story in the show in such a special way that I just felt like I was a part of something special getting to dance with her and work with her.

I’m also lucky enough to know a lot of the dancers in New York who are in ABT and City Ballet… And, oh my gosh, there’s this beautiful black ballerina, Ingrid Silva, who is with the Dance Theatre of Harlem. She’s been posting the most amazing ballet photographs, and she’s fully, like, eight months pregnant. I’ve really been admiring those lately. 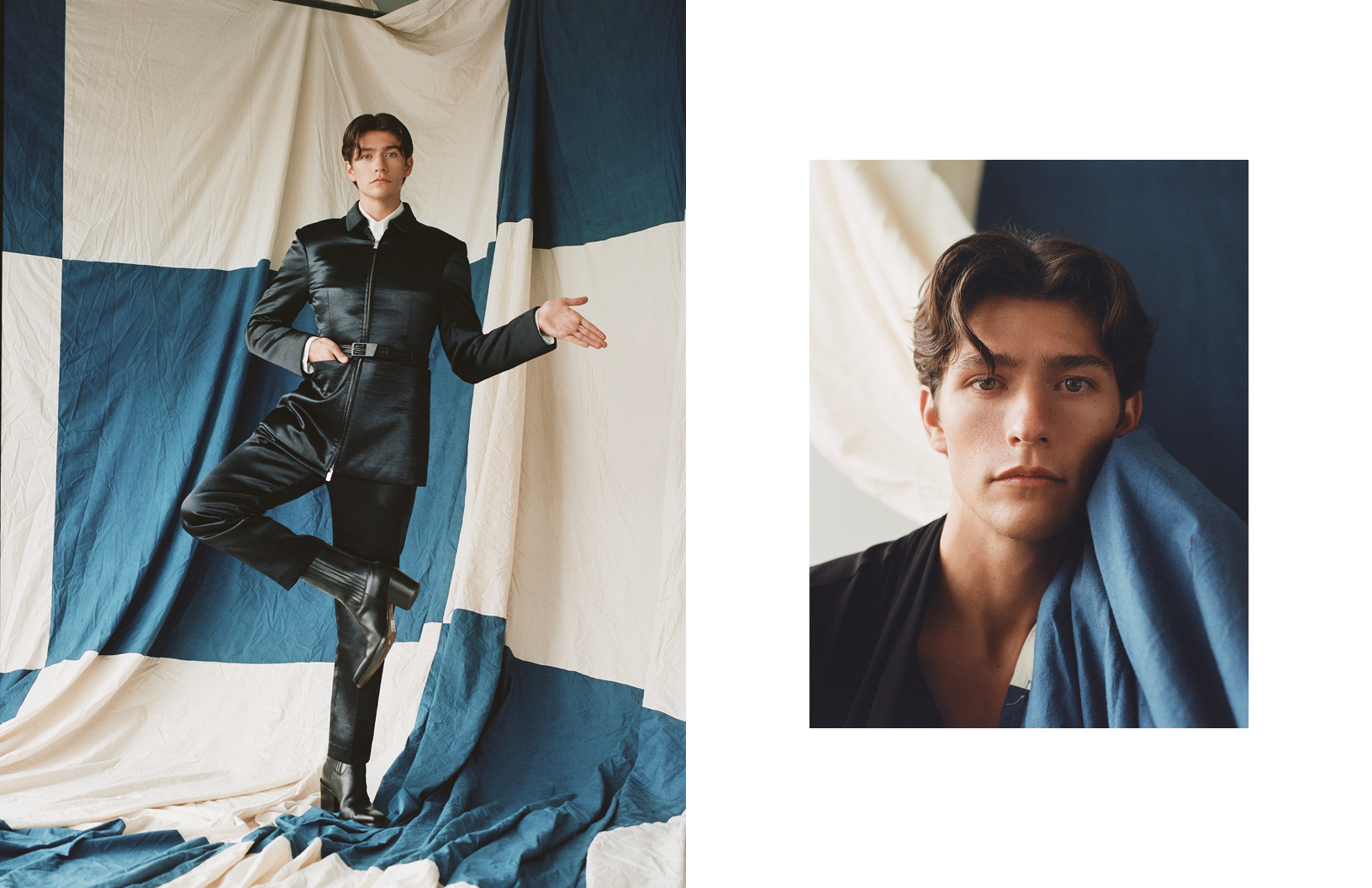 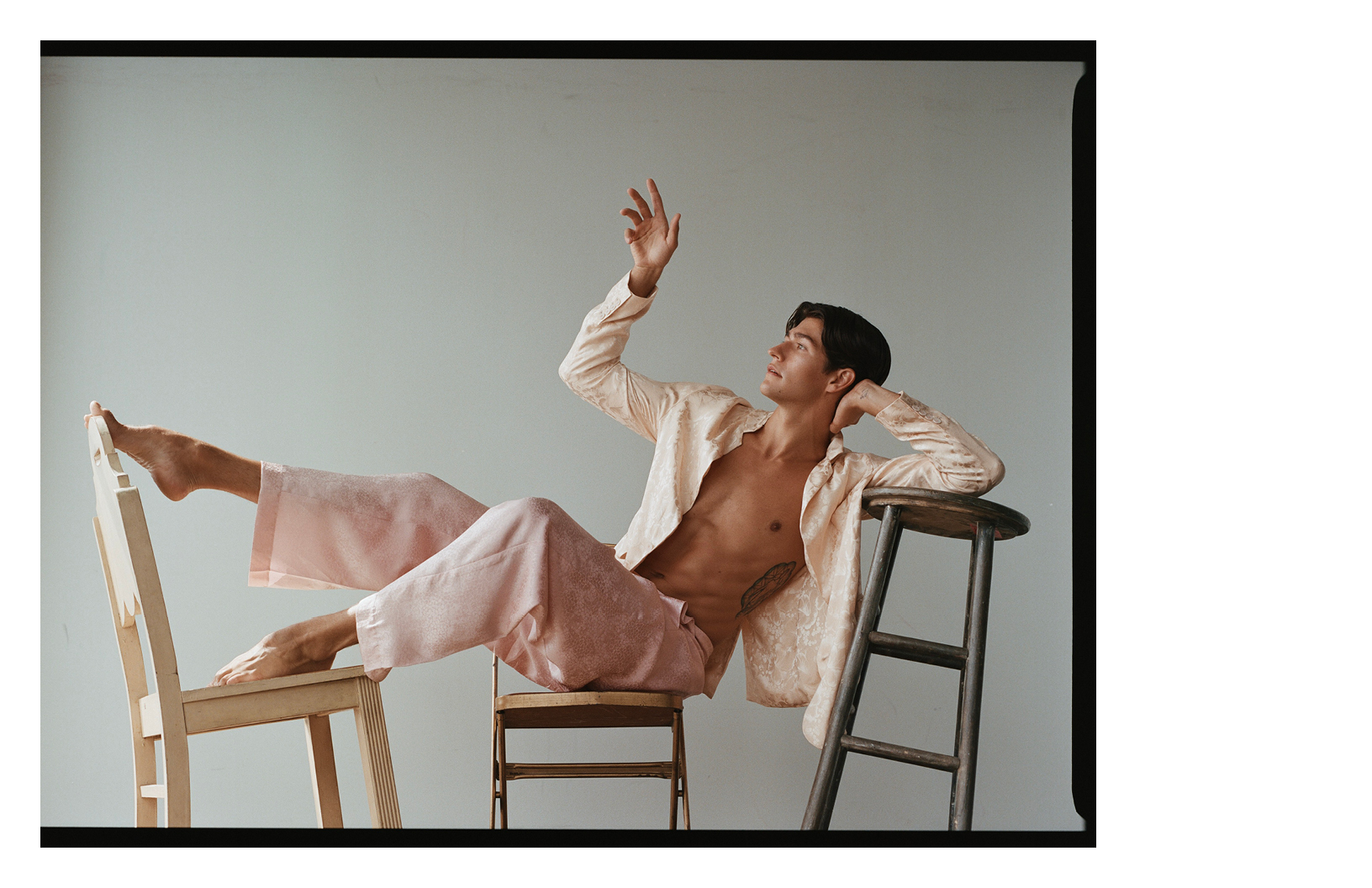 Getting back to the chemistry in the series, it feels like you had the steamiest part in the show. How was it to shoot those sex scenes?

I definitely didn’t expect to have that many sex scenes, but I did expect sex scenes because I had one of those scenes at my audition… [The sex scenes] were nerve-wracking, but the show did an amazing job at making me feel comfortable. We had an incredible intimacy coordinator, Casey Hudecki, and she was there to map out the choreography for all those scenes, to provide all of the physical barriers to make it look like we were naked… So yes, it was nerve-wracking, but Netflix did a fantastic job at making sure everybody was safe and that everybody had an ally on set so there were safety protocols in those really vulnerable situations. I was very grateful for that. That helped make those days even, like, fun instead of just like horrible and stressful.

I saw on Instagram that you are happily in a relationship. Can you share more about that?

I am, yeah! Thank you for asking! Her name is Sophie Thörner, and she’s an artist — she’s a jewelry designer and she owns a company called Vice Versa Jewelry… A lot of my past relationships have been with dancers or actresses, and I always felt a little competitive. I never really found a healthy place that lasted. But Sophie has been so supportive. We were together through the filming of the show, and she, you know — we had to be very open and honest about all of those intimate scenes. She’s just really strong, and she’s a total creative genius… And she is beautiful and just a joy to be around. I have never smiled more in my life.

That sounds great. What do you listen to in your free time?

I think The Weeknd dropped one of my favourite albums of the year. I also can’t stop playing Lizzo… [But] I listen to a ton of different styles of music. You know, I often do ballet classes to hip hop music. I love podcasts. There’s a podcast called On Being — it’s this woman, Krista Tippett, who does very existential interviews. There’s The Sarah Silverman Podcast. I love comedy podcasts.

This year has been very strange for all of us. What did you discover this year?

I’ve been very focused as an artist on creating the career, and now I’ve finally landed a job that’s been able to support me through a year like this, thankfully. The Black Lives Matter movement in June was also so prevalent in my mind that I really wanted to learn how to best be an ally, especially with the election coming up. I ended up partnering with a voting campaign to turn out the vote, to help turn out underrepresented and unregistered voters in the November election. I personally wrote 420 letters to encourage people to vote, and I also started an initiative to match letters written by other volunteers with donations to the NAACP. I was able to raise $7,000 to donate to the NAACP. I’m really very proud of having found a way to get involved in activism and to find myself outside of just who I am in show business and to do some good in the world, especially in such a dark, weird and unsure time. 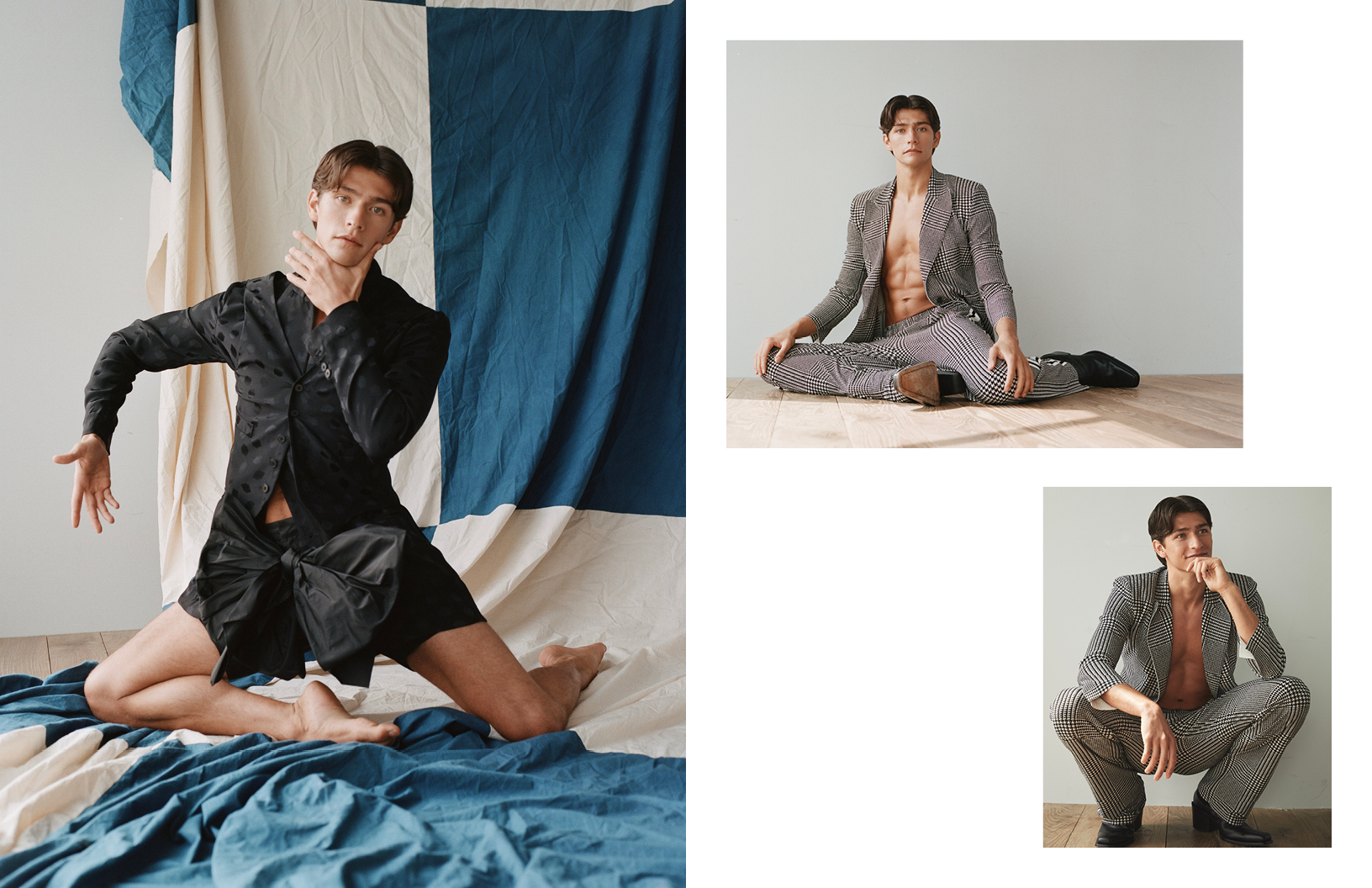 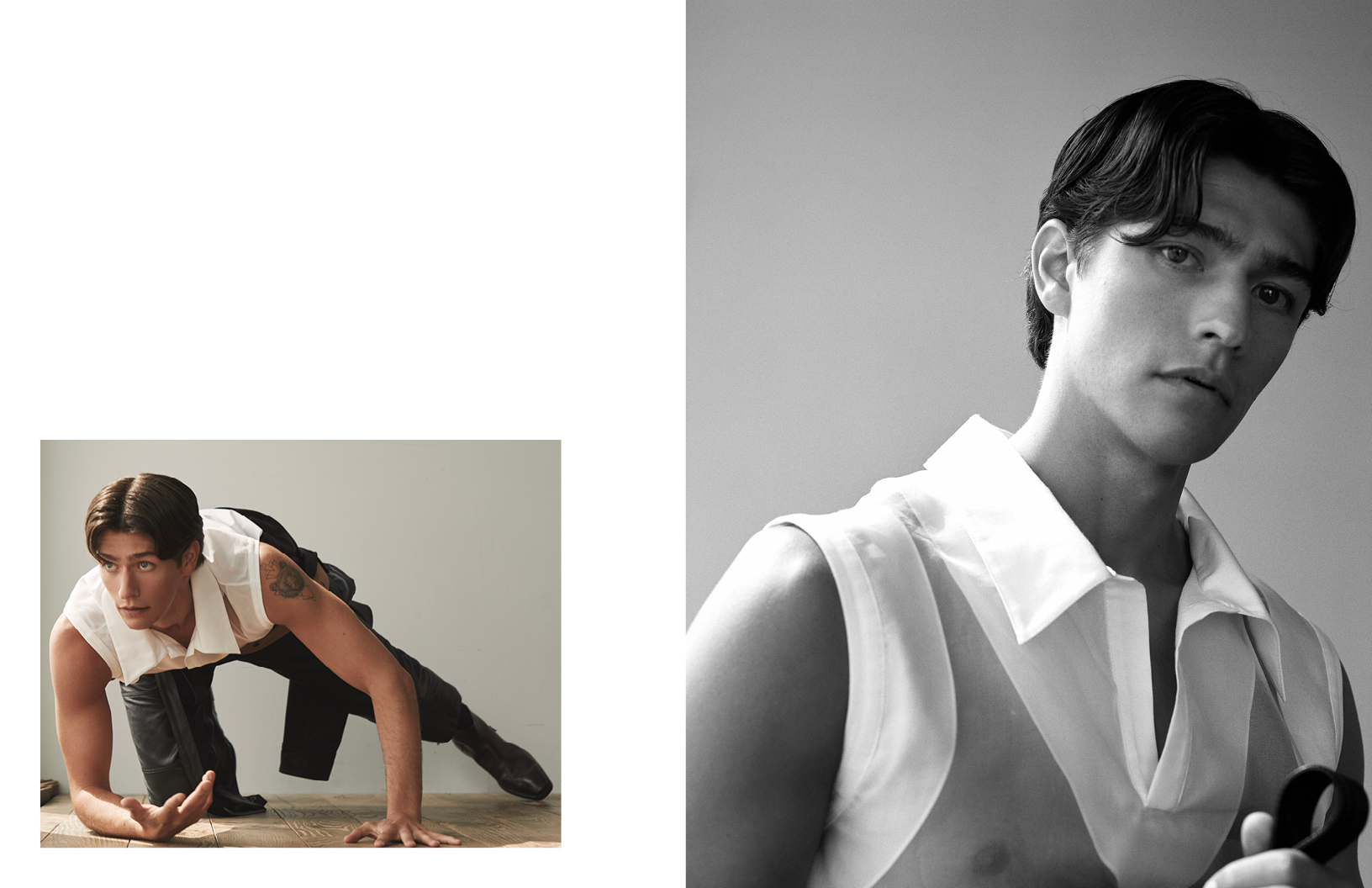 You’ve also been modelling a bit. Are there any fashion brands you would love to work with?

I’m completely obsessed with Dior right now. I think they have some of the best stuff out there. And I would love to give a shout out to Levi’s. Levi’s was my partner in my voting campaign, and so they sponsored a portion of the donations that I was able to match with the letter writing campaign. I was very grateful to have their support.

Being a professional dancer must be incredibly difficult. What motivates you to get up and continue dancing?

I think I do it because I’ve been lucky enough to have the opportunity to, and not everybody has those opportunities. And if I can do it to the best of my ability and push it with every iota of my being, then maybe I’ll be able to open it for others, to make it more accessible, to make it more visible — to let people know that it is okay to be who you are, and you don’t have to apologise for the way you were born or your circumstances. I was fortunate enough to have a group of friends back in Colorado who were equally as passionate, and some of them aren’t here anymore, and I think they are kind of the angels on my shoulders who get me out of bed in the morning and get me back to it on the days that I just want to go back to sleep.

Right now it looks like getting vaccinated for COVID [laughs]. It looks like getting a second season for Tiny Pretty Things. I really think in season one we had so many challenges making a show that has a dance involved like this — with principal dancers as the lead actors, where nobody has a body double. And I think that if we have the opportunity to do a second season, we can do it even better because there were so many unforeseen obstacles that we can then account for the second time around. And I’m just throwing myself into acting classes and voice classes, and I would really love to continue on the path into straight acting. I will always be in love with dance, and I will always try and find my way onto a stage — I’m addicted to performance and the electricity between the performer and the audience. But I also get that sense as well when I’m on a set working with a camera and a crew and other cast mates… I want to continue this and be in more film and TV, and do a second season of the show, and hopefully get back on stage, whether it’s the Met or the Joyce, dancing again with choreographers I love. 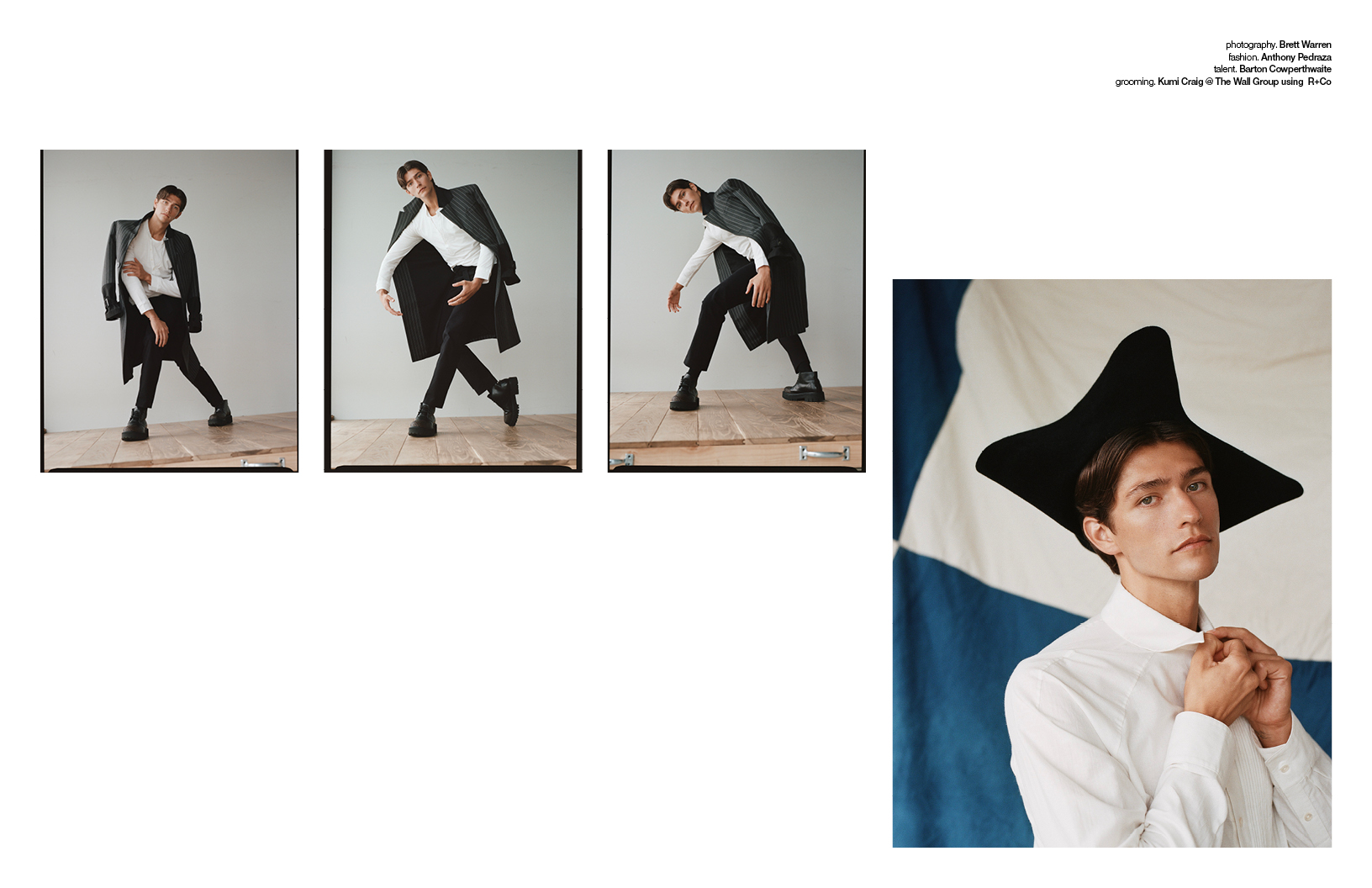