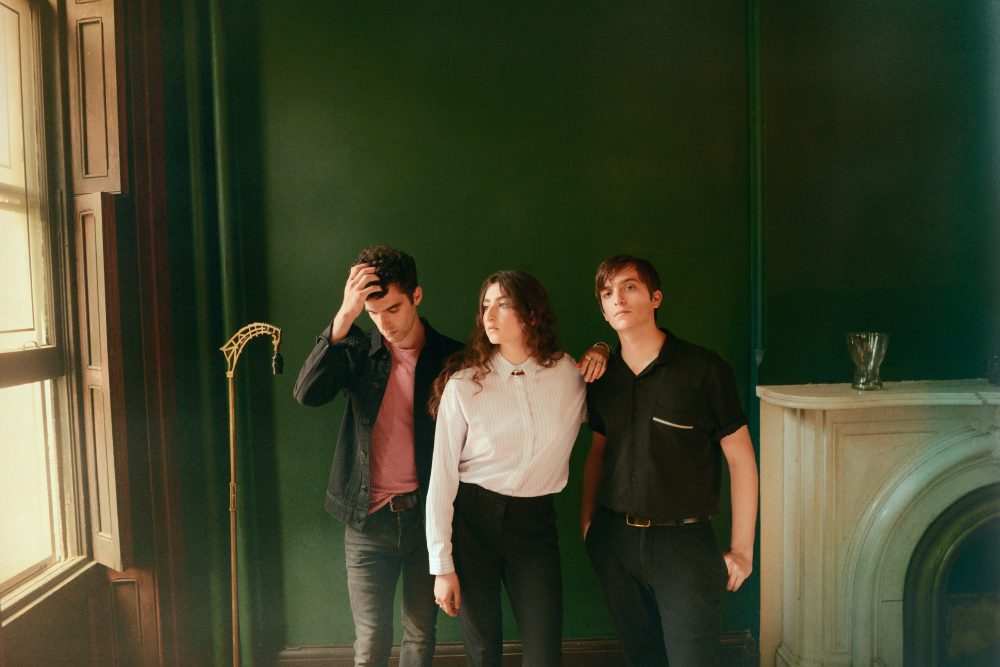 Watching a live Bailen performance the first thing that strikes you is its intimacy. Every new song carries with it a sway, a dynamic, inviting power that ebbs and flows as it moves from verse to bridge to chorus. Three part harmonies float over the often gentle instrumentation, with each vocalist bringing a unique character – sometimes growly, sometimes tender, but always perfectly in sync with its two familial counterparts.

“I feel like it’s classic rock in a lot of ways,” says Julia Bailen, who sings and plays guitar in the band. “As much as that label doesn’t feel right, it feels like the most accurate way of describing it. A lot of what was happening in the ’70s is what inspired us, but it definitely has a lot of new, modern sound palette.”

But to cast Bailen as merely a revivalist project would be to sell the group short. Your Love is All I Know, a recent single, features rising synth pads in a contemporary electronic-backed chorus, preceded by a stripped down vocal, drum and guitar build. This genre mixing makes characterising the band’s music difficult. “Bottom line is that we’re songwriters,” says Julia. “We serve the song at the end of the day, and that’s really what we’re here for. It’s not really about the genre. It’s about creating a real composition and making a song stand on its own.”

Bailen is a family act – Daniel, David and Julia are siblings born to a flautist mother and composer father. Growing up, music abounded and the siblings were exposed to everything from chamber and classical music to folk and rock acts like The Beatles, Joni Mitchell, The Band, and more. Bailen now counts all of these as influences.

“What we’ve gleaned from the classical tradition and being around a lot of orchestral chamber music and whatnot has been a lot of the dynamism in music, and the way musicians and instruments communicate. I feel like that’s kind of lacking in a lot of pop music these days – it feels very claustrophobic,” explains Julia. “What we try to do in our music as much as possible is be dynamic, to use the range and the openness between the instruments.” 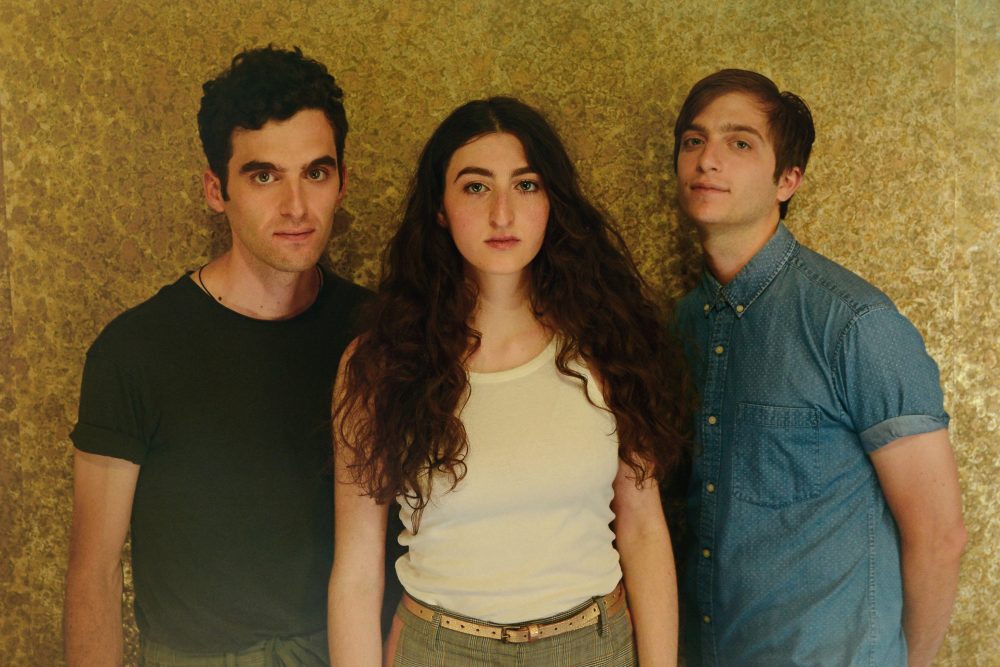 While every band member is a seasoned musician, the straightforwardness of a trio is a refreshing endeavour for brothers David and Daniel, whose previous project featured a range of musicians across different instruments. Relying on merely three or four people on stage to carry the show can be sobering, says Daniel. “You can hide behind a big band for sure, but there’s no hiding in a trio. It took me a long time to settle with not going on stage and having a wall of sound to blow people’s heads off.” For all its limitations, the simplistic setup also breeds opportunity. “It’s creativity by virtue of necessity… You don’t really need that much noise to make a similar impact.”

Their forthcoming debut album Thrilled To Be Here is now available for pre-order before its release on April 26 through Fantasy Records. The band produced the album with John Congleton, known for his previous work with St. Vincent and The War on Drugs. Speaking with the band, it is apparent that this is a project they have been itching to release for quite some time. 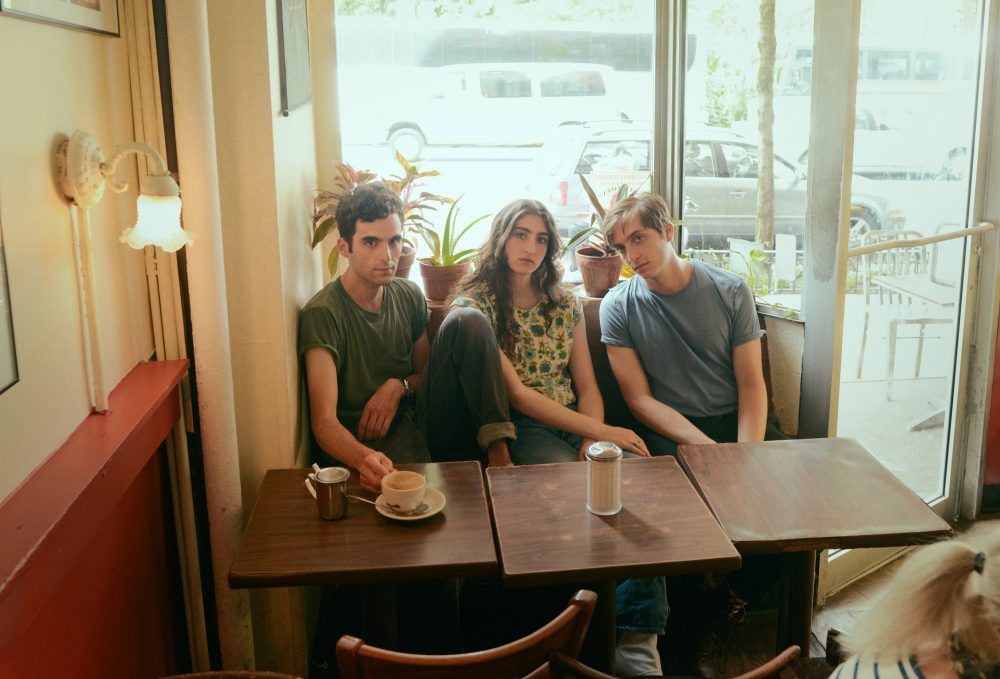 “Going into this record, we had about fifty songs we were choosing from that we had already recorded,” David remarks. These recordings were just scratching the surface; before Thrilled To Be Here the band recorded hundreds of demos, with even more music played primarily at live shows. Finally bringing these songs to a studio, says David, is a welcome change. “It’s all of our first experience, Daniel, Julia and me, recording a record as a whole thing with one producer and one studio with a timeframe, with a deadline, with a label. It’s a different experience doing that than recording a record in your bedroom.”

As evidenced by the Hungarian Pastry Shop, which finds its way onto Thrilled To Be Here’s cover and the photos of this article, Bailen was born in New York, with much of the record galvanized in the numerous venues that dot the city’s Lower East Side and beyond. One of those venues is Rockwood, an intimate SoHo music hall. “We really got our start there by playing every week,” says David. “Each week we would try out new material, and each week new fans would come. By the end of our first year as Bailen, we would fill up every single show at Rockwood. It has a really special place in our hearts.”

Ranked high among the band’s proudest achievements is their show at New York’s famed Bowery Ballroom, with all of the tickets sold before the band had officially released a single song. As David tells it, “that was kind of our thing – we would play live all the time. Every single fan that we got is because we played live, and we made a personal connection with them.” 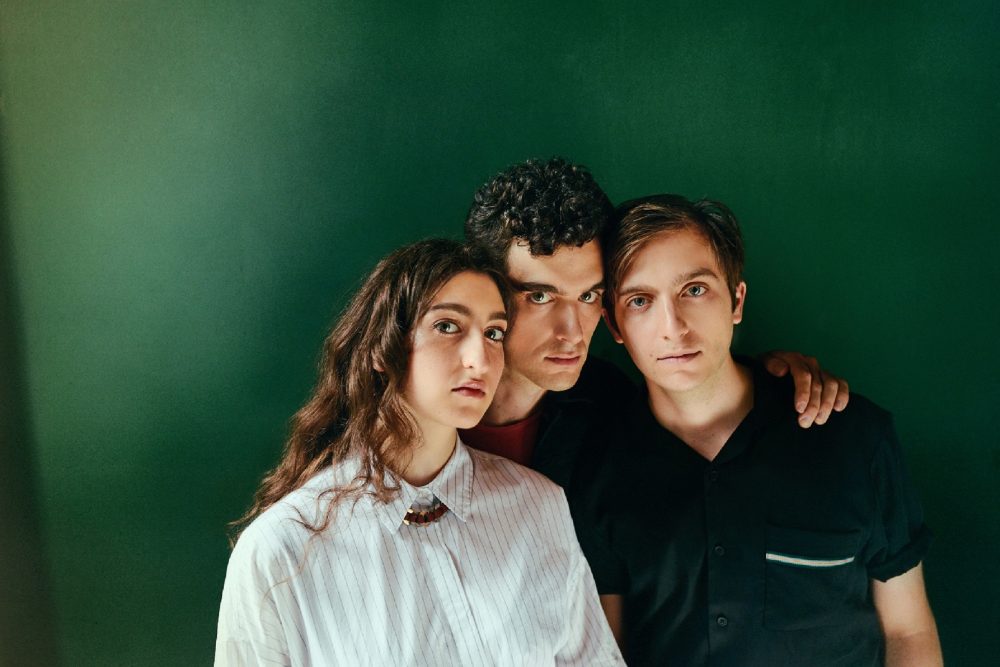 A band doesn’t play a successful sold-out show at Bowery Ballroom without a few fits and starts. Recounting past shows, the band shares stories of illness, drunk sound guys, broken instruments and, in the worst cases, all of the above. Through it all, they kept their heads held high, always driven to give audiences the best show possible. “We do have three vocalists in the band, so if one goes down, it’s time for another person to step up and sing some more lead…” Daniel elaborates. “Sometimes things are just out of your hands. Be creative, get through it.”

The full-length record is the band’s next big step. To give the album a proper release, Bailen is having a hometown show at the Music Hall of Williamsburg on April 23 before beginning a European tour, where they will make stops in Berlin, Amsterdam, London and more. Although live performance is still a big part of the Bailen experience, David sees Thrilled To Be Here as a new way to connect with their audience. “Seeing people come back to the shows and sing along with the songs we haven’t even released, playing cities we’ve never played before and getting fans who know the lyrics to our songs – it’s just crazy. That in and of itself is such a reward, and hopefully, this record will help people who haven’t seen us yet will feel that way, and we can connect with a bigger audience.”

Until the record is released, the band will continue to focus on their live shows, updating their YouTube channel and other social media with journals, pictures, and homemade food from the road. “Content is the name of the game these days,” says Julia. As their music spreads, the band hopes to bring a little humanity with it. “It would be lovely to have people interact with our music in a way that makes them interact with the people around them in a meaningful way as well – playing a song, really appreciating the songwriting,” Julia admits. “People really do respond to that kind of human element and real appreciation for the craft.”

Bailen’s next single, “Something Tells Me,” is out on April 19. The full album, ‘Thrilled To Be Here,’ comes out April 26.