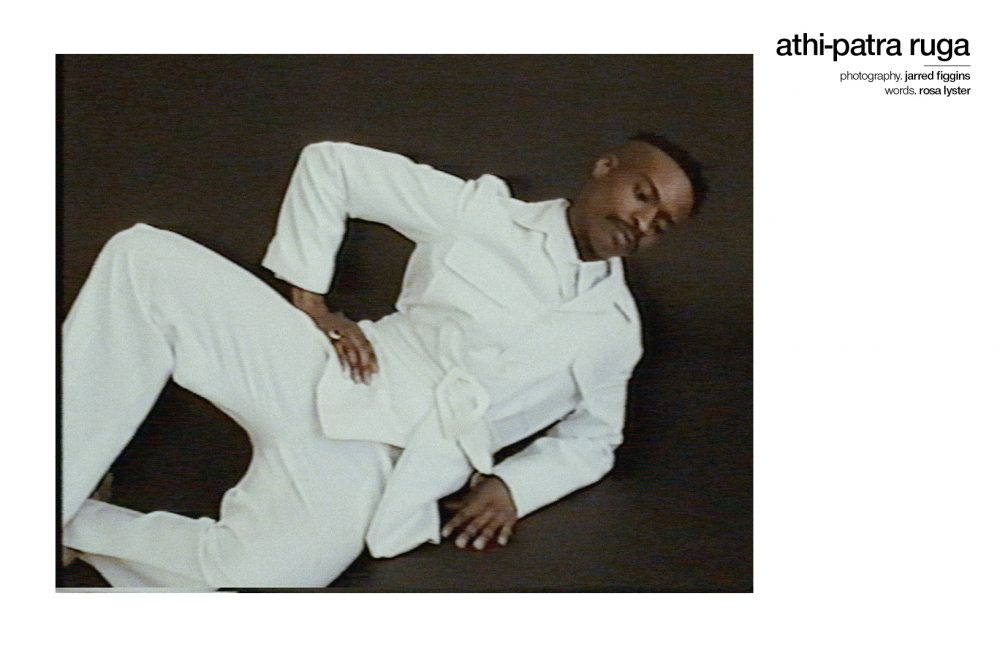 Listening to Athi-Patra Ruga is a lot like looking at his work: it’s dazzling, and it goes in a thousand different directions. You think about it for a long time afterwards, making the connections that were there from the beginning. Then you catch up. He says interesting, amazing things – observations that seem self-evident only after he has made them. Again, it’s a lot like being in a room with his work.

“It’s usually a part of me that needs a character to articulate; a scream that I can’t articulate in civvies,” he says in response to the question “what drives you to create a new character?” Very briefly, you’re able to understand how it all works, and then you go back to being dazzled.

There aren’t too many artists like this floating around these days, especially not now, especially not here, in South Africa. Not to draw unfair comparisons, but there are a lot of artists who struggle with the burden of history in a way that makes them exceptionally earnest. You look at their work and you feel them gritting their teeth and getting a headache. You see how hard it is to be serious and beautiful at the same time, to say something significant without making people feel like they are being taught a lesson. 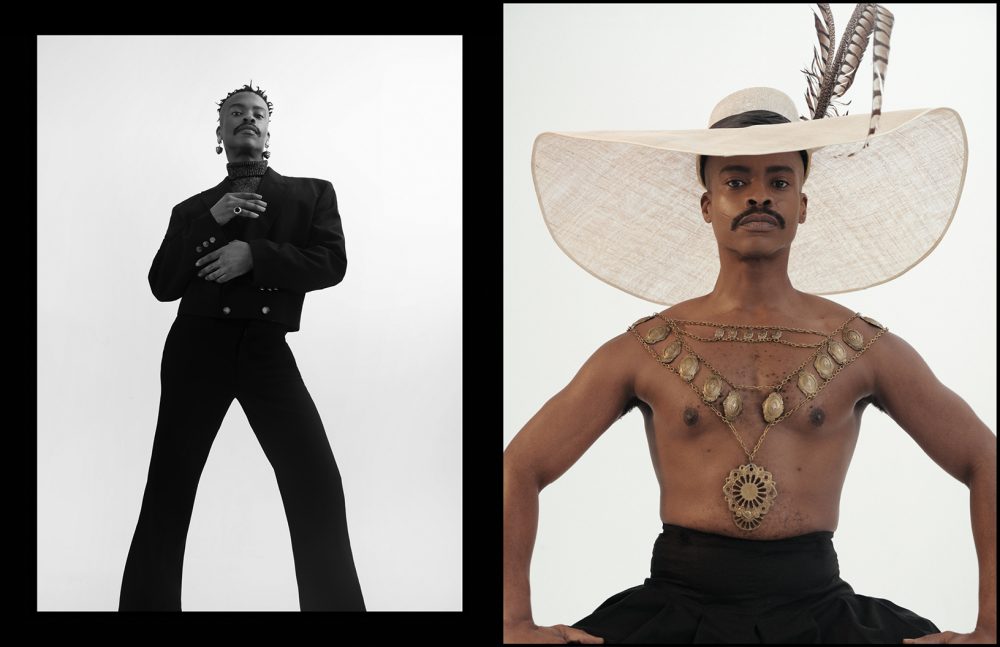 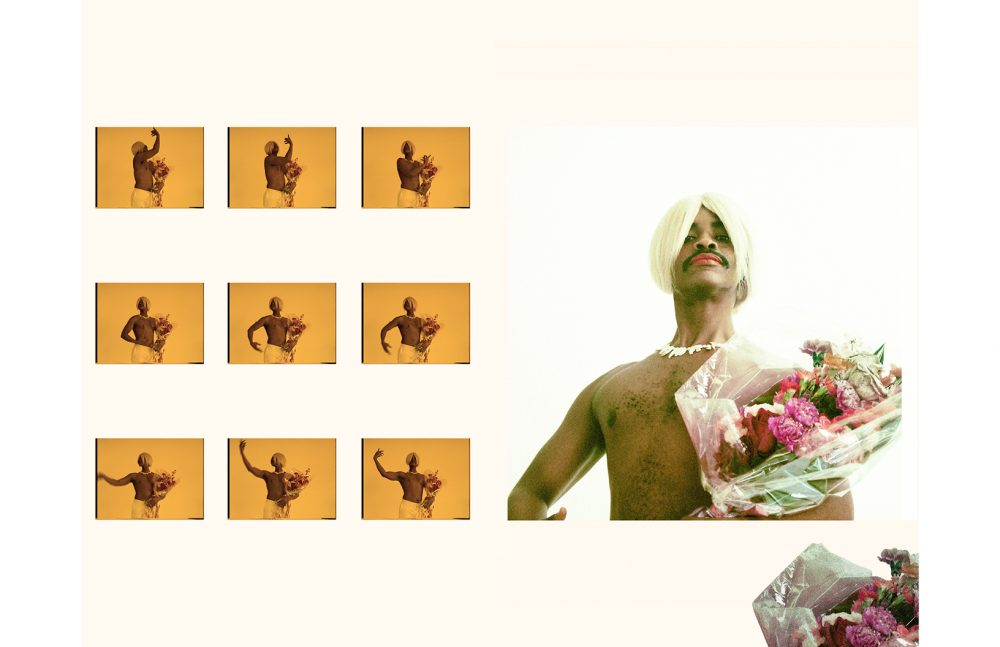 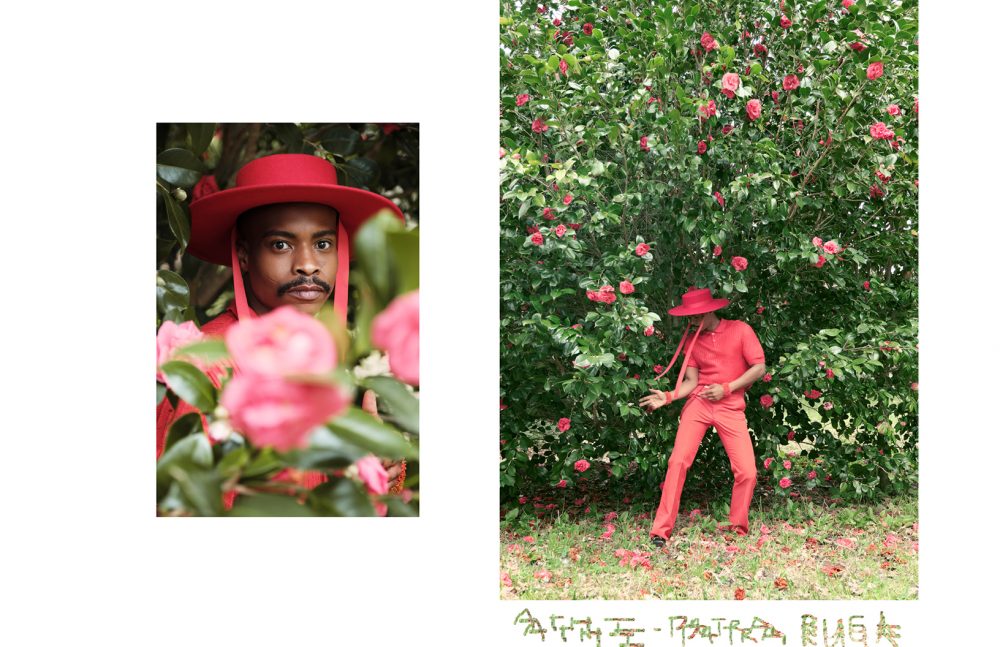 Ruga makes this very difficult thing look easy. He is comfortable with contradiction and with stories that are difficult to use or which have been deemed extraneous to the project known as “the Rainbow Nation Exercise.”

This is a tortured subject, and for a variety of reasons that are maybe not worth getting into right now, examination of it can lead to work that has a somewhat tortured aspect. The creation of a post-1994 visual language seems often to involve a  lot of guts, a lot of taking pleasure in tearing things open and throwing the viscera around. This is done with the aim of making people feel better about the past, or at least to confront it immersion-therapy style. This is work to be studied, to be approached rather than enjoyed.

Ruga’s work, which feels like a revelation, reminds you that there is more than one way to expose, and more than one way to console, and to take responsibility as an artist. He shows that beauty isn’t a distraction or an adornment, but a different way into the past and a way of understanding the present. 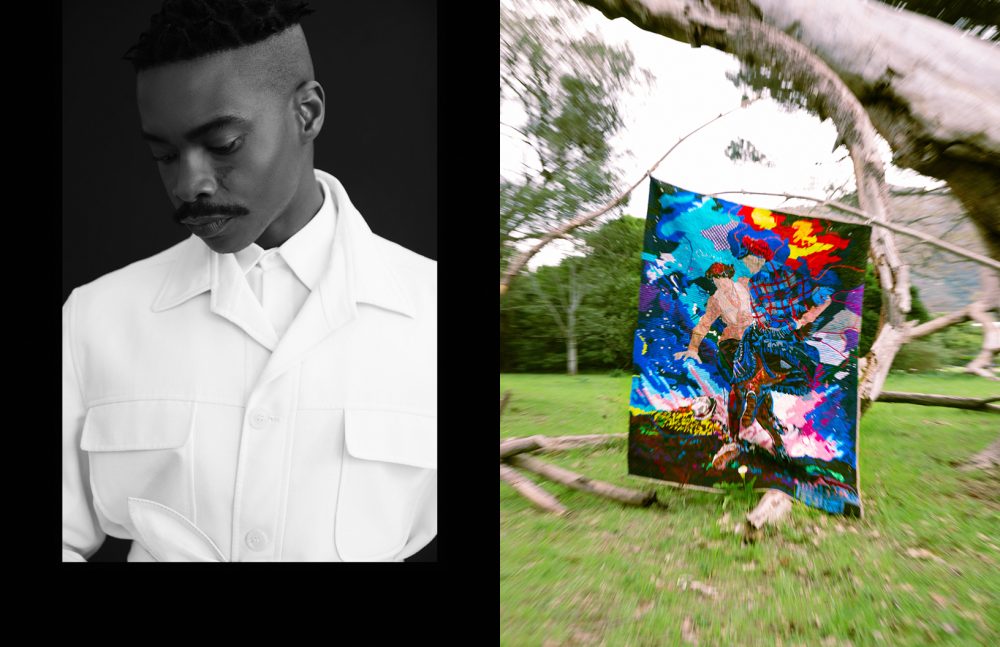 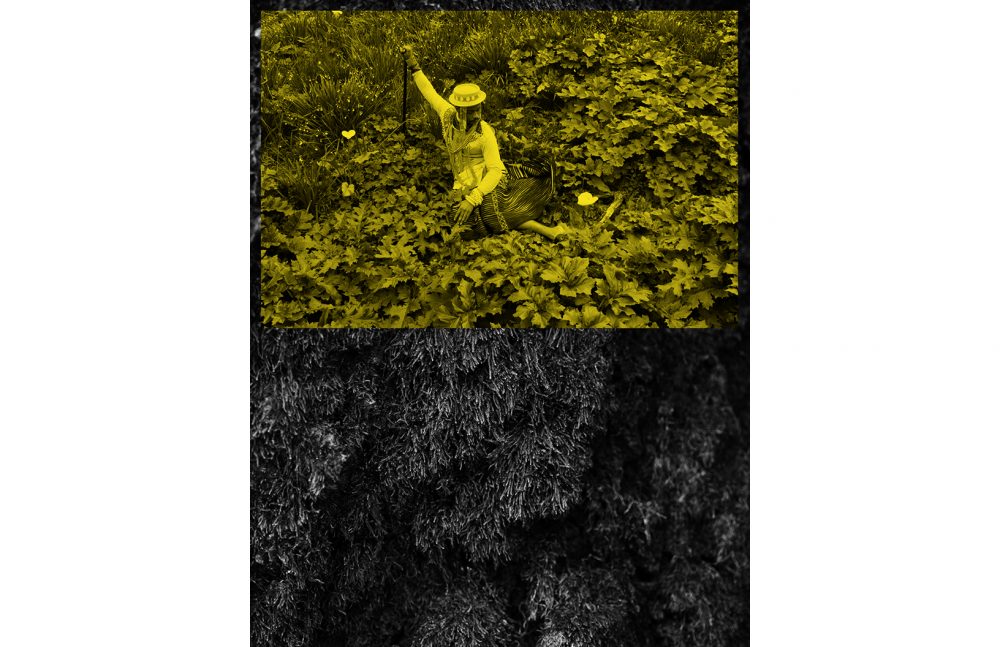 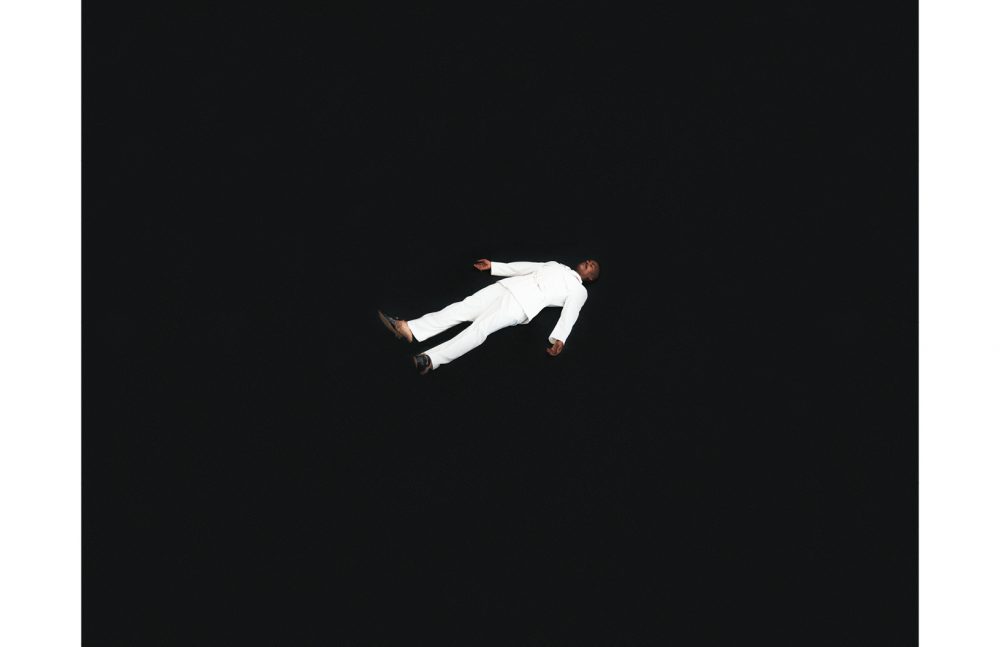 He takes these stories and he builds these worlds, and the past seems different. Not better, necessarily, but different. More interesting. Going off in a thousand directions at once. He defines mythology as the stories we tell ourselves to make sense of the world and how we found ourselves in it. There’s not just one story, and none of them are delivered to us neatly, as much as we might wish that to be the case.

Some people are scared of mess and contradiction because admitting to it feels like a concession or an acknowledgement that South Africa’s narrative arc is not as sweetly rainbow shaped as we were told. Taking apart that neat story is its own kind of nation-building, in his work, Ruga builds a place that works to make sense of the one we live in.

He has been doing this for 13 years, mapping out the contours of the vast, beautiful, impossible story he is both creating and learning from, and peopling it with characters that feel both mythical and more real than anything else. In his first major solo exhibition in the UK, at Somerset House, three parts of this story are on display together. 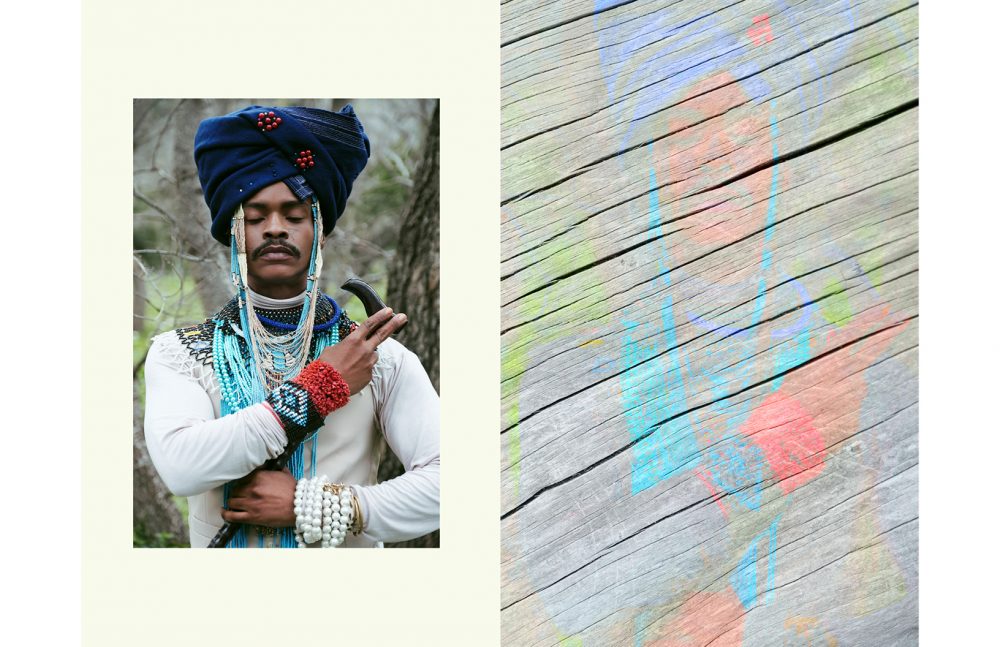 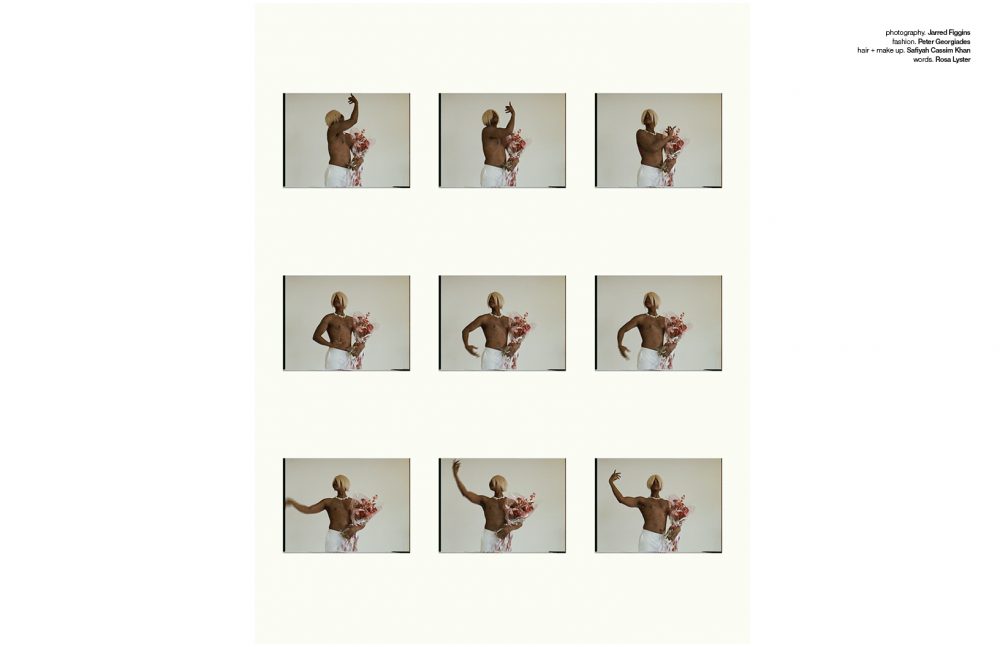 ‘Athi-Patra Ruga: of Gods, Rainbows and Omissions’ is on show at The Charles Russell Speechlys Terrace Room Series, in Somerset House until January 6, 2019.