“Pop shouldn’t be a guilty pleasure. It’s time for pop girls to be cool again, “Ariana DiLorenzo declares. Alongside her band, Ariana and the Rose are on a mission to make Pop with depth popular, and if the current tracks in her arsenal are anything to go by, that time has now come. Hailing from New York, the pop star recently served up a delicious variation of indie-electro on London shores, while performing at the Schön! 22 launch party. We’ve had nothing but rave reviews since, so couldn’t wait to catch up with the talented singer/songwriter to find out a little bit more.

What kick-started your love affair with music?

What a good way to ask that question too, it definitely is a love affair. I started as an actor doing musical theatre and doing music on the side because I loved it, I played Piano and I wrote music because it was just a fun release. Then when I was in college -I went to NYU- a producer I was working with was doing a compilation record. He asked me if I would do it and I said ok, and that was the first time that I really realised like, maybe someone would listen to something I wrote. But it’s really funny, because I ended up switching directions [musically] immediately, because I realised I didn’t want to be making… trance music! But I went down to National Tennessee and I started writing, and I did a really amazing E.P. last year with a great producer named David Kahne, who has done Paul McCartney, Regina Spektor – just a ton of amazing people. So I sort of had a few years really honing my skills, I went into training and I think that now with this E.P. that’s coming out, I’ve just really started to find my sound.

Where did the name Ariana and the Rose come from?

So I knew I wanted a band name from when I first started, from when I said to myself ‘ok we’re really going to do this’ [laughs]. Really more than anything I knew I wanted the live show to be a band, so naturally it should be Ariana and the ‘something’ and I had a bunch of really horrible names… really bad ones like ‘Starships’, so thank God they didn’t end up being that! … but my middle name is Rose, my Grandmothers name was Rose, and I come from a really large Italian family, where every woman in the family has Rose as a middle name –even my dogs’ middle name is rose!- so it seemed like the right thing to do and to sort of have her watch over me in the band.

How would you describe your sound?

I would say Electro-Indie.

What’s your opinion on the current music scene, what do you hope to change if anything?

I think that we’re going through a really wonderful shift right now, and I think that there’s a lot of artists in the mainstream that for a long time wouldn’t have been able to come through, like Mumford and Sons and Lorde … and people that are making really good music that is pop music, but it’s not necessarily formulaic, in a way.

Who would be your dream collaboration?

I would really love … to work with Justin Timberlake and Rick Rubin. I think that would be unbelievable.

What would you say has been the highlight of your career so far?

I would say probably two things; working with David Kahne was a huge highlight for me, just unbelievable. And I also just did the after party for Charlotte Ronson, and I think that was probably the biggest show in terms of like, set up, that I’ve ever done. I’ve maybe played to more people, but it was like, they had this crazy lighting rig and the logo was over two floors [high], and we had this whole light show going on while I was playing. So that was, I would say, a highlight – that was really cool.

What can we expect from your new E.P.?

I would say the record is very what I’ve been hoping to do. It’s undoubtedly pop music, but I would like to think that sonically we did some things that are a little more interesting. And you can expect a variety of feelings, I think. It’s a four song E.P. so it’s like a taste of what will come on the full length in 2014.

Do you have an artists’ career who you would love to emulate?

Yes for sure. I think someone right now, who I would love to emulate … is probably someone like P!nk. I think she does Pop and her career in the way that I would love to. Where she’s still at the top, but she’s constantly finding ways to be artful within Pop music. I would say P!nk or Gwen Stefani. Those two careers to me, are like as big as you can get while also, you know, being able to give yourself artistic freedom and play.

Where would you like to see yourself in the next 5 years?

Where would I like to see myself … how old am I? I’m 24 [laughs]. God, I mean … If I had my own way about it, I would love to do a world tour. I would love to go everywhere and play sold out shows. The size of the venue … I think I’m a little foggy on [laughs], but I think as long as I could do the whole world, I would be doing ok! That’s what I would really love, to be able to be an artist [where] your music translates across that many countries, and markets and people, I think that as a songwriter, that’s really important to me. 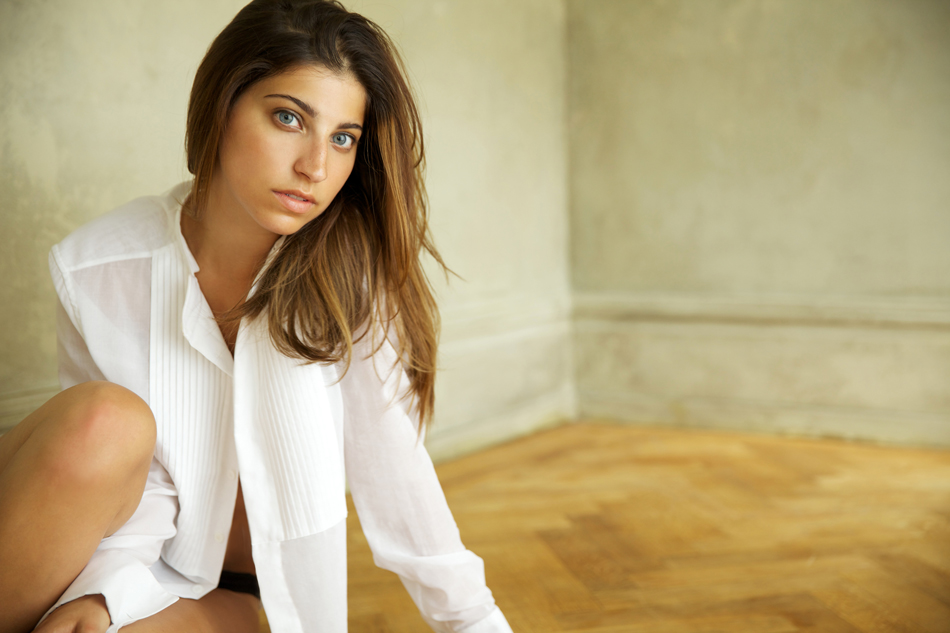