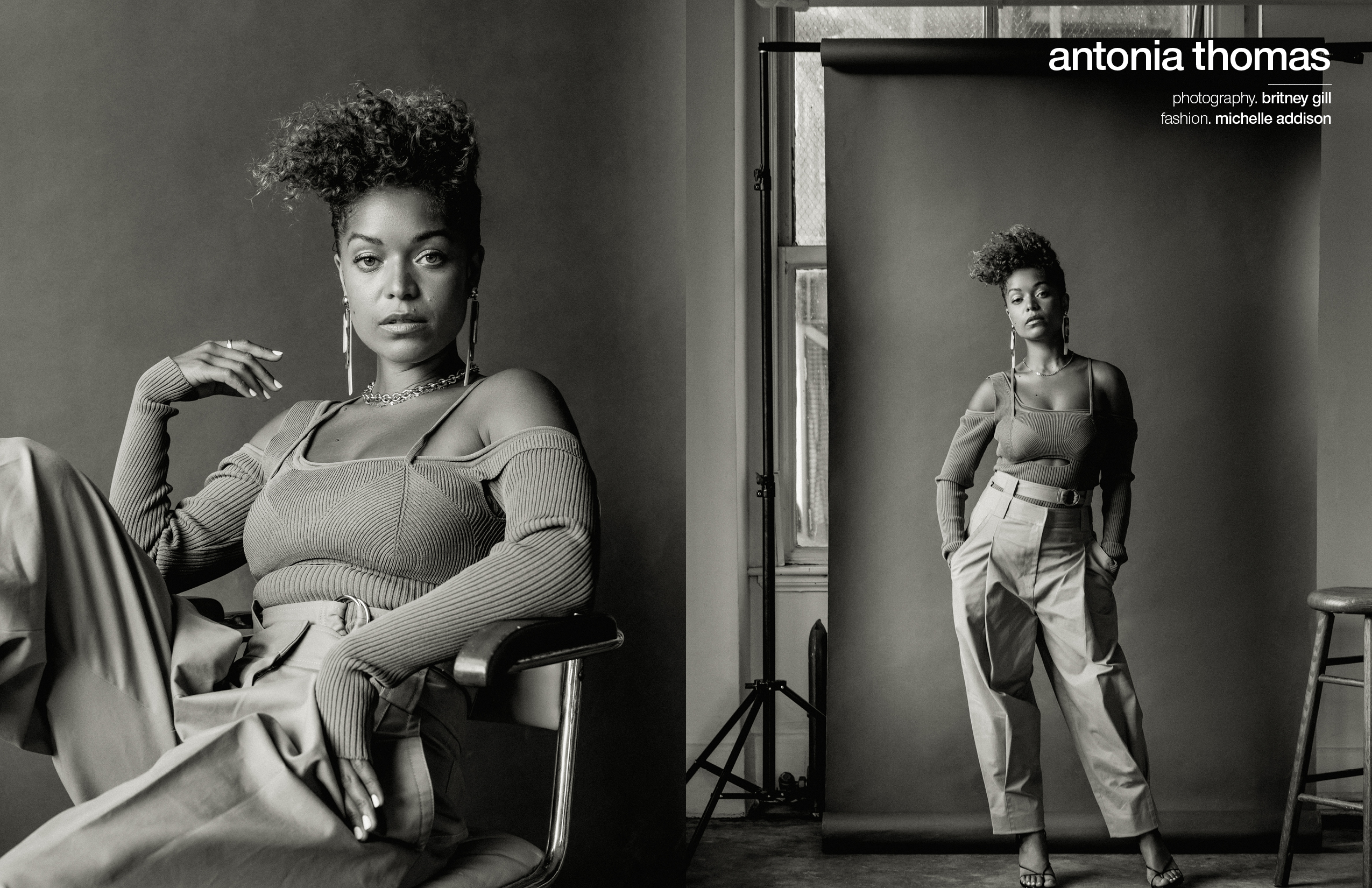 After some time in Canada — and looking forward to returning to London and with several major projects ahead of her — British actress Antonia Thomas is ready for all those who follow and revere her to enjoy her talent on the small screen once again in the Scandinavian thriller Suspect, soon to be aired on Channel 4.

For those who haven’t heard of it yet, the series is an adaptation of the award-winning Danish series Forhøret in which an eight-part dramatic story unfolds surrounding an investigation into the death of the daughter of detective Danny Frater, played by James Nesbitt.

Antonia Thomas, best known for her work on the hit series The Good Doctor, talks exclusively to Schön! to tell us all about her upcoming series, her personal life and much more.

Antonia, let’s talk about your current situation. Where are you professionally and personally at the moment?

Currently, I am feeling generally excited and content. Professionally, I’m feeling really excited — I have lots of different balls in the air. I’m just about to start shooting a film, an elevated Horror. It should be really fun and a challenge. I’m headed out to Bulgaria to get started on it at the end of the month. I am also just signing off on another project that I am not yet allowed to talk about until it’s announced, but it should be a really sweet little project. I also just produced and acted in a micro indie, and we are just embarking on the festival process with it. I made it with a group of brilliant creatives over two summers between pandemic waves in small filming pods. It’s called Anacoreta, and I’m excited to get it out there.

Personally, I am happy and content; having spent a lot of time living in Canada due to work, I am gearing up to make the move back to London for a bit, which I am very much looking forward to. You are going to be part of the cast of the thriller series Suspect — an adaptation of the award-winning Danish series Forhøret. What can you tell us about the series and your character, Maia?

I loved being a part of this. I’m a huge fan of Danish Drama, so when this opportunity came up, I jumped at it. It follows a police detective (James Nesbitt) who — having answered a routine call about a woman found dead — finds the woman is his daughter. He then goes on a journey to discover how his daughter died. Each episode is a two-hander — the detective and a new suspect. My character, Maia, was a friend of the daughter, a confidant. She also runs a strip club and they were involved in some underhand dealings together. Definitely suspicious.

When reading the script, what excited you most about your character?

The scripts were so well written, dark and honest. Maia is a complicated, multi-layered character trying to make ends meet and doing what she has to support her kids. She is involved with some dodgy stuff, but she has a good heart. The two-hander nature of the piece was what attracted me most to the project. Just you and another actor and the text. I’ve never done any TV like that. That, and the way that Dries, our director, wanted to approach the filming process. It has a theatrical nature to it, and Dries wanted to rehearse the half hour piece like a play so that when it came to filming it, we could just run with it and get a flow instead of having to break it up into sections. The best thing about theatre is being able to live in the character and get into a flow; once you start you have to keep going. You can’t get off the train. Being able to marry this with the realism of TV feels like getting the best of both worlds.

Why should our readers watch Suspect?

It is gripping and dark and suspenseful and emotional. And James and all of the other actors in it are incredible. I haven’t seen the other episodes, but the cast boasts some of my favourite actors so I’d certainly be watching it even if I wasn’t in it. I’m so chuffed to be a part of something with such incredible creatives. 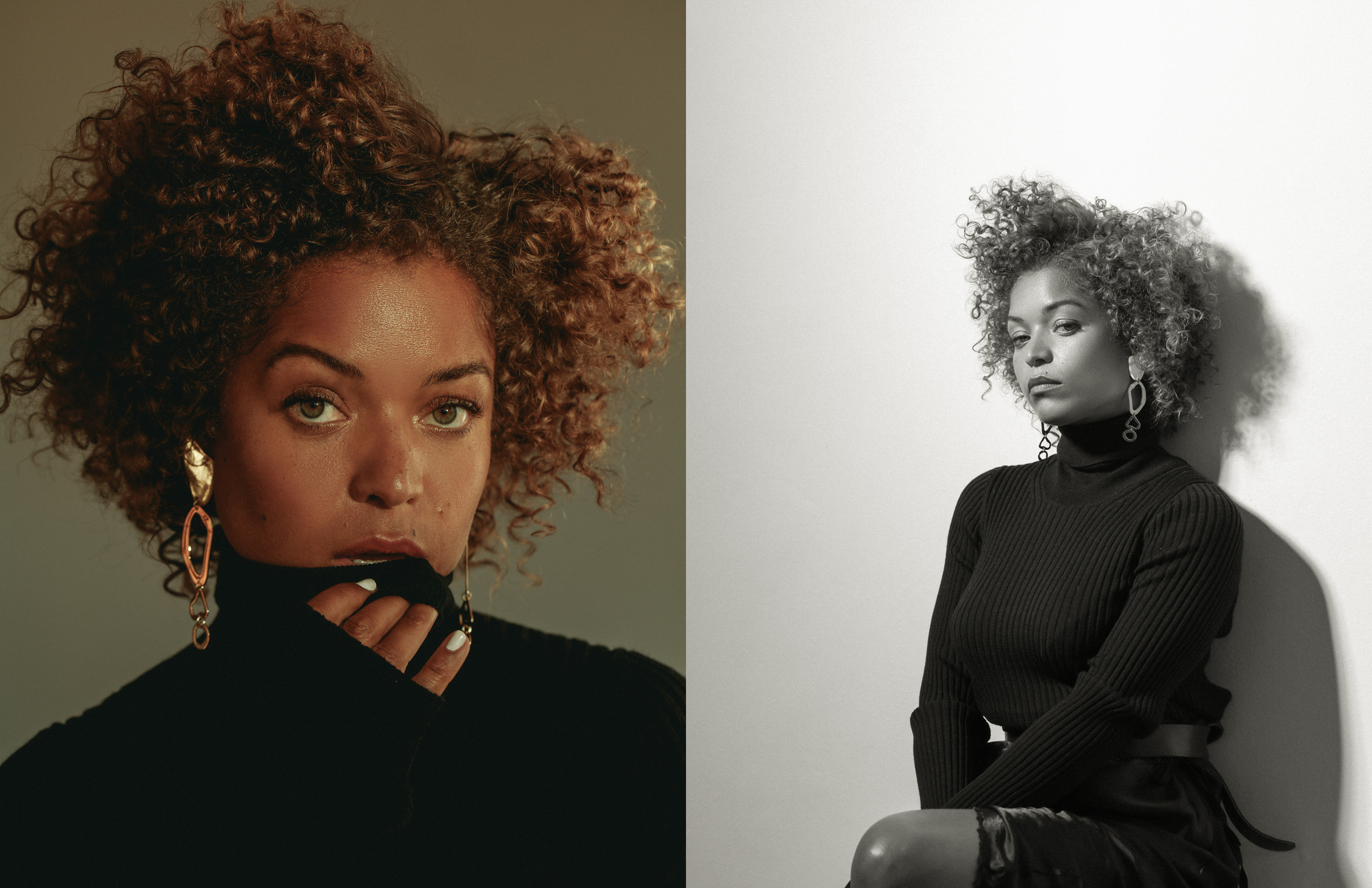 You’re also currently on The Good Doctor, going from a main role in the first four seasons to a guest role in the current one. What do you enjoy most about working on this show?

Yes — I returned for a couple of quick episodes. It was a great opportunity being on that show, and when they asked me to go back for a quick stint it was just a lovely opportunity to go back and hang out with my Good Doctor family and have fun. After four years on the show I miss those guys a lot; they have become great friends.

The Good Doctor has a ton of fans all over the world. Have you had any notable fan interactions, either in person or online?

The fans of that show are so wonderfully supportive. I can’t think of anything in particular, it’s just so nice to hear the positive effect the show has had on people’s lives and how it has made many people with disabilities feel seen and represented.

We imagine you love your profession very much. What would you say is the best part of being an actor — and what’s a part of the job that annoys you?

The best part of being an actor is that every job gives you the opportunity to learn more about the world, because you are forced to step into someone else’s shoes and experiences. It demands that you learn and are constantly curious about other ways of life. That and having the opportunity to present an issue to an audience from a lesser thought-of perspective, hopefully shining light on something in a different way or being able to provide some light relief in a difficult time.

The part that is hard are the hours and the constant being away from friends and family. You are constantly missing life events. That’s hard.

You currently have 540K followers on Instagram. What role does social media play in your life, positive or negative?

Social media is complicated for me. I’m aware we are living in a world where it is necessary — I try to use it for work — to showcase the things that I have coming up from a professional standpoint, but I find it tricky using it personally. Maybe the odd picture of a view I like [laughs], but I prefer to keep it less of a personal space. 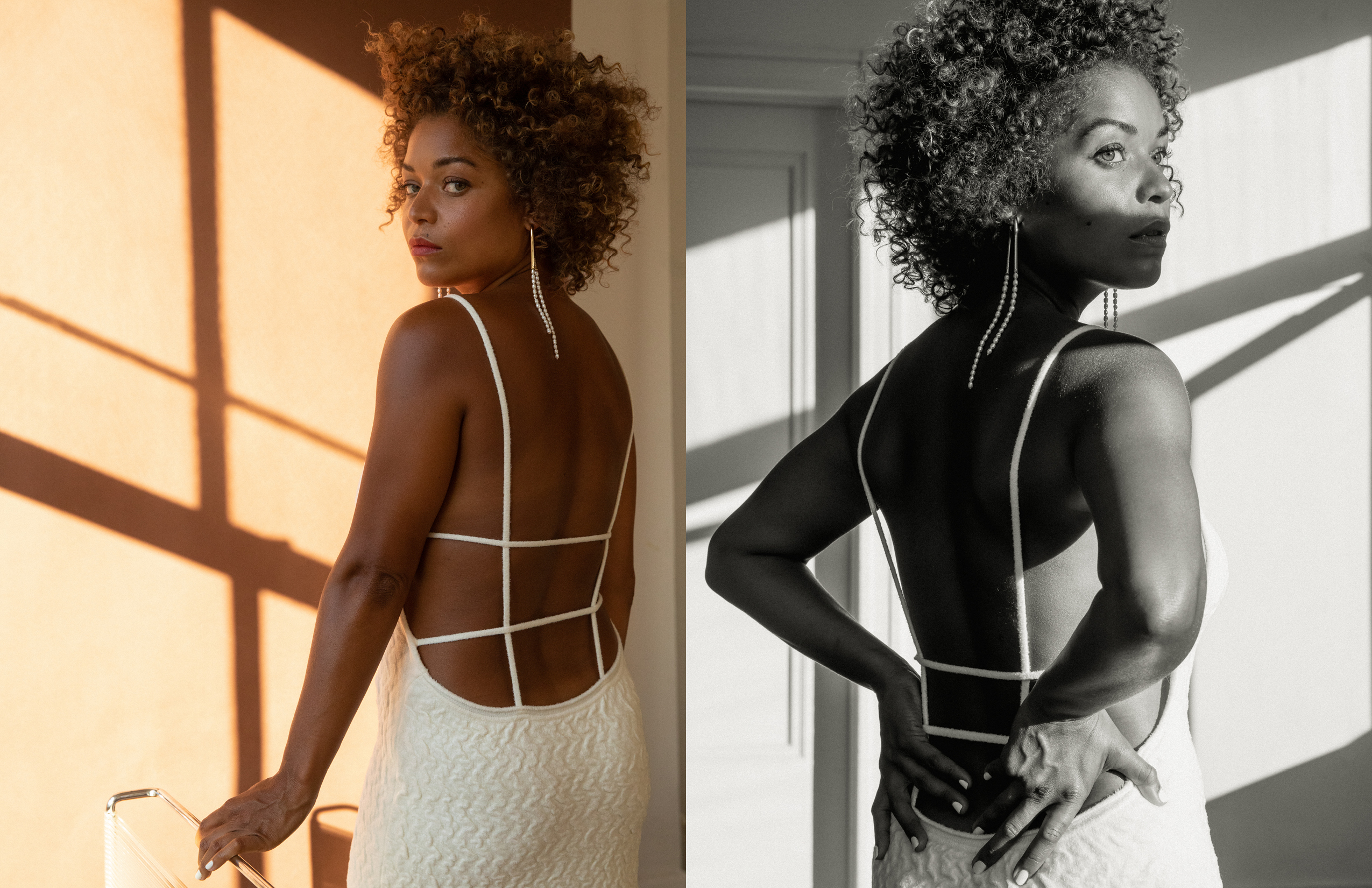 Similarly, having this many eyes on you gives you quite a platform. Do you ever feel pressure to always be a good role model while in the public eye? How do you deal with that pressure?

I certainly do think it is a responsibility having a lot of followers and I am very aware of the things that I put out into the public arena. When I can, as well as publicising my own work, I try to use my platform to bring awareness to issues that feel important to me and give a platform to others who are doing the same.

What is the best piece of advice you have ever received in your life? How has that advice influenced how you approach your work?

The things you think aren’t right for you or that scare you are usually the things that are the best for your development. In my career, it’s always been the opportunities that I thought I didn’t want, or was scared of for one reason or another, that have turned out to be the most life changing in a positive way. So now, if something comes up that feels daunting or not immediately attractive for whatever reason, I try to reframe it in my mind. I try to be open, as you never know where something might lead.

Who is someone you desperately want to work with and why?

I would love to work with Barry Jenkins. I adore his work. Every frame looks like a painting and every word feels so grounded in truth. To collaborate with him on something would be the dream.

What media — art, films, music, etc. — have you been enjoying recently?

I recently saw Cabaret in the West End with Jessie Buckley and Eddie Redmayne. It was a tour de force -— just such an incredible piece of theatre. TV-wise, I recently binge watched HBO’s adaptation of Emily St John Mandel’s Station Eleven. One of my favourite books and a brilliant adaptation. So, so beautifully done. I also absolutely loved Apple’s Severance. Just perfect, weird, wonderful writing.

Spending time in London. I have missed it as a city. I’ve been away on and off for a long time so it will be really fun to put down some new roots there and soak it up. 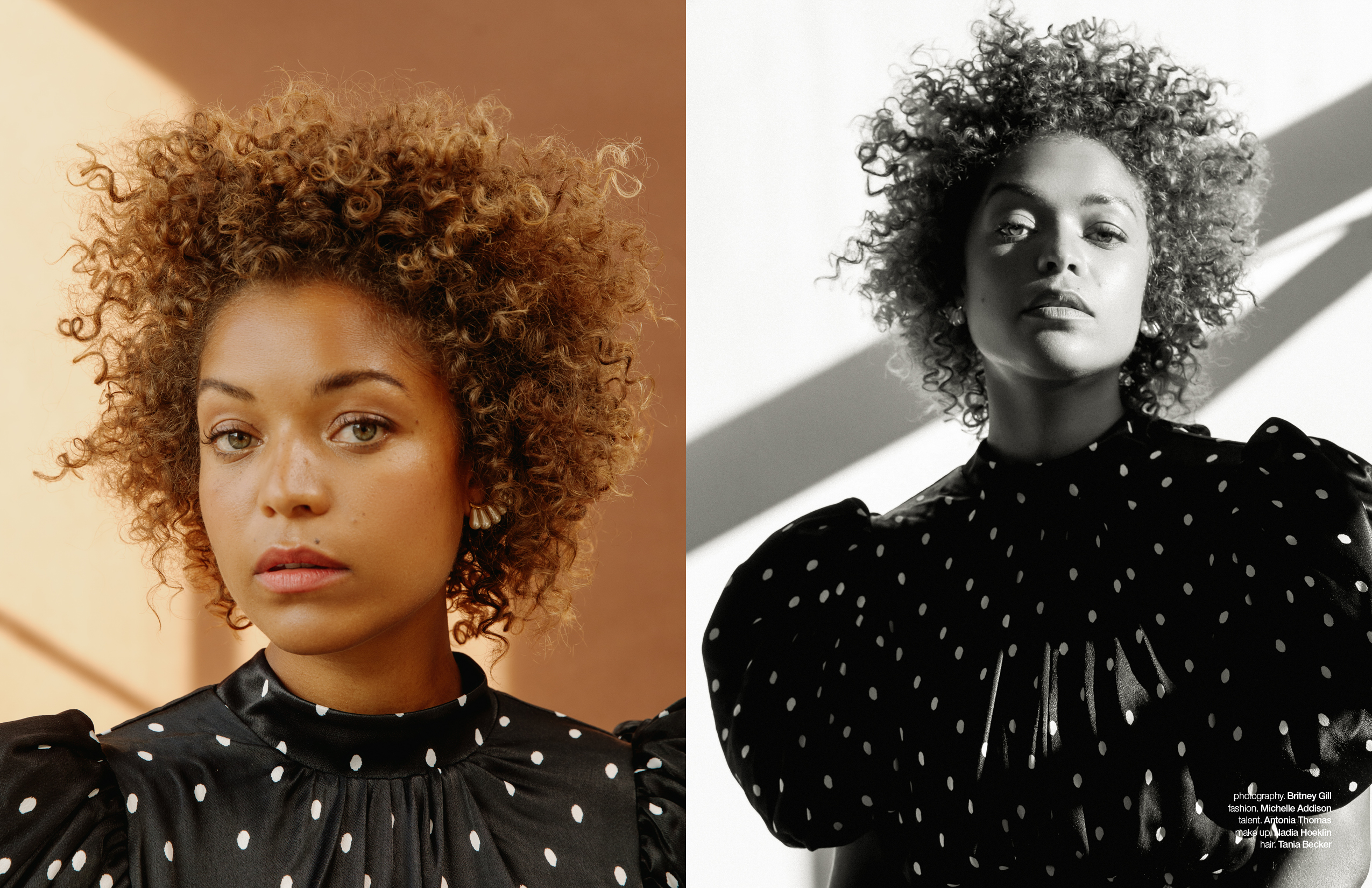 Suspect will air on Channel 4 on 19th June.