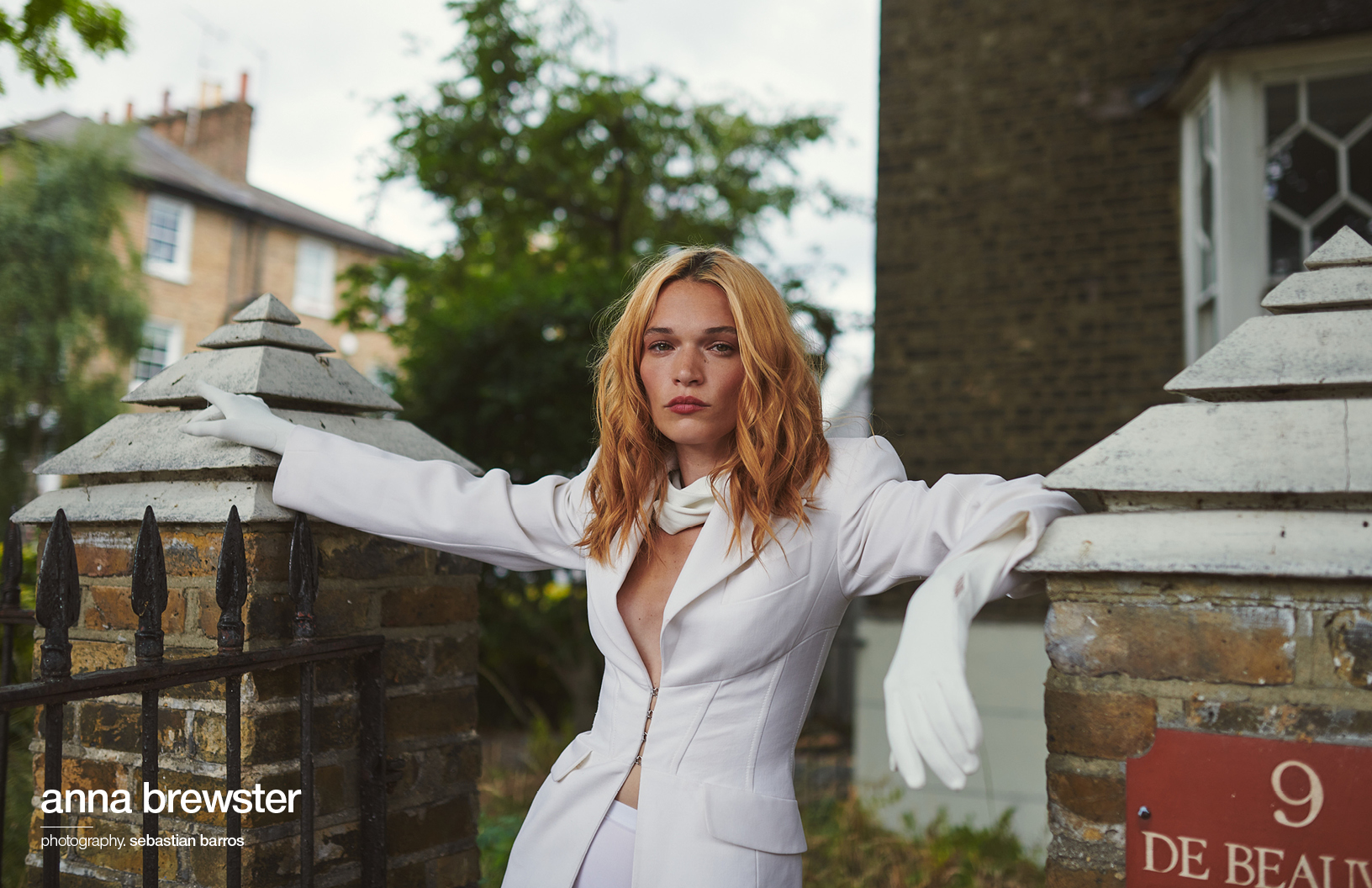 Netflix’s The Last Days of American Crime is an unabashed cataclysm of action and intrigue carried in large part by one of its stars, English actress Anna Brewster. If you follow Brewster’s career, taking on the role of Shelby Dupree on the series may seem out of character — she had most recently captured audiences’ attention as Madame de Montespan in the Canal+ series Versailles, a role significantly more elegant than the rough and tumble Dupree — but that’s exactly what attracted her to the role.

Since its debut on Netflix in early June, The Last Days of American Crime has accrued an astonishing amount of viewers. On the first weekend after its release, it was the top-watched film on Netflix and remained among the most viewed films on the service during the following weeks. Amidst the furore, Schön! spoke with Brewster about the film, her history with fashion, and what she has coming next.

When you first read the script for The Last Days of American Crime, what excited you most about the character of Shelby Dupree?

It was so far removed from anything I’d ever done. I’m used to period dramas and had just spent three years filming Versailles in Paris. Period dramas are great to film, but they can be slightly restrictive. In this film, I was able to explore my body and its limits with the character and with the action scenes. Shelby holds a lot of power, but underneath that there is a big back story that I was able to explore to try and give her some real depth.

TLDoAC is a pretty fast-paced action film. Did you have to do any physical prep for the film?

We did. There is a fight scene with Sharlto [Copley, who plays William Sawyer], which we had to prep for. I’m not one for rehearsing things too much, so I was really trying to just block it with movements so I knew logistics, but I saved the emotion until we were on set. I don’t think Sharlto was too used to this and I could see he was quite worried. However, when we got on set he referred to me as a “wild animal” and was kinda shocked when I really went for it. We also did some basic gun training, but the scene was cut from the film in the end. I’m not sure if it was because my skills weren’t up to scratch, but I hate guns so I didn’t mind too much. 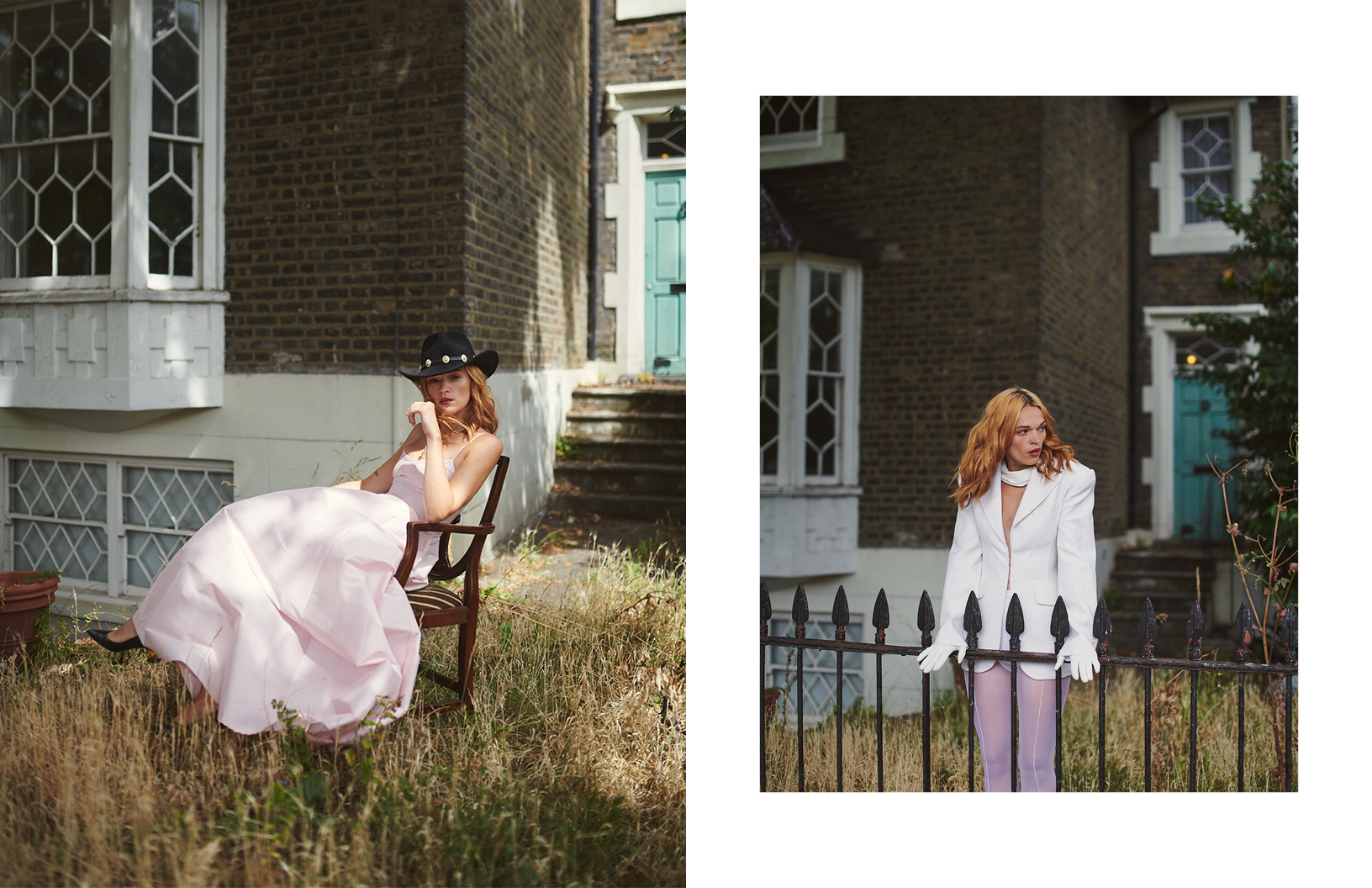 Did you read the original graphic novel in preparation for the film?

I’d ordered it and, still to this day, it hasn’t turned up. There was one floating around, which we could all reference. It’s cool to do a graphic novel with a bit more edge. We spent a lot of time doing costume and make-up tests trying to get the look right. The hair was quite important to me in order to get into the character, and when I arrived in South Africa — where we shot — I had long hair down to my tummy. I wanted to get it off ASAP to start to feel my way into Shelby. We eventually didn’t go as short, but with the tattoos on and costume, it felt like we were honouring the novel. The costume tests were interesting, Olivier had a very strong vision and some of it related to the novel and some didn’t, but I love the looks; they were quite ’90s and edgy.

Do you have a favourite memory from the filming experience in South Africa, either on or off set?

South Africa is great; the people are wonderful. I ended up going on about five safaris during our three months there. The day after the wrap party myself, Edgar and the producers went to Botswana for a once in a lifetime trip. It was such a great way to wrap up the shoot, then I landed home on Christmas Eve and [went] straight to my family. The whole thing was a great end to the year.

What was the hardest scene from TLDoAC to film?

I guess the fight scene. It was a matter of stamina there. It was a couple of long days spent being thrown around a room, scrambling for an exit. [In] scenes like that, you just have to be on and go for it. It generally means I don’t talk so much during the day, and I really have to save my energy on days like that, It’s not a day of chatting and joking around. We were also in an actual bank vault in a basement — it wasn’t a set, and it was absolutely boiling. There’s a great picture somewhere of Sharlto and myself just wiped out, sat on the floor, and a runner holding these aircon funnels in our faces.

What role of yours has been the most influential or impactful in your life and why?

There have been a few. I’ve been working for a long time and it’s a slow build, but I’d rather that than a sudden spike. I’ve grown up and learned a lot along the way. Every character Is different, and that’s great. I can’t wait to see what’s next. 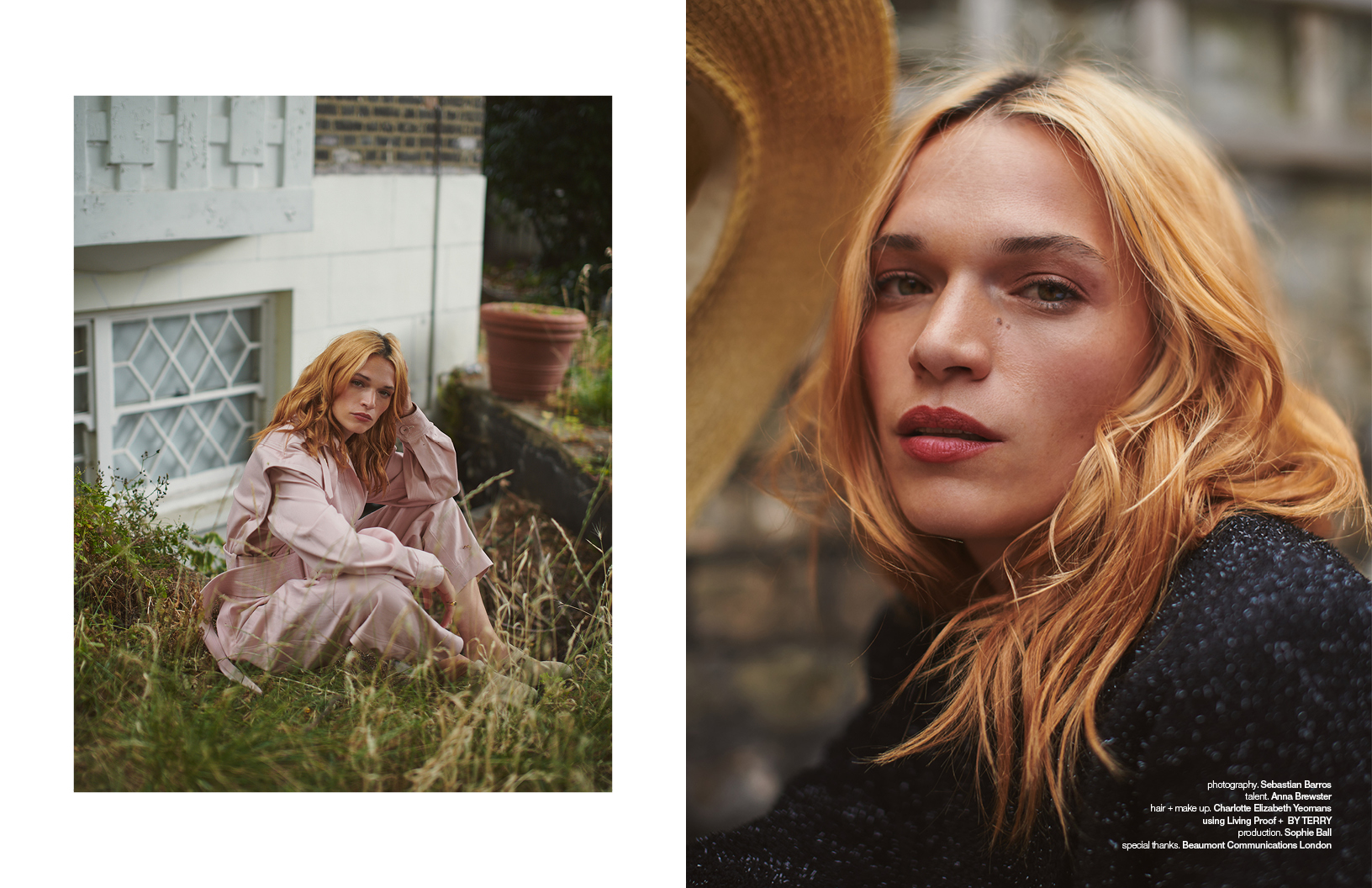 What do you think is the most important lesson you’ve learned during your acting (and previously, modelling) career?

You won’t be right for everything. As soon as I learned that it made a lot of rejection easier to deal with. You won’t be right to play every character that you go up for. It’s not that you haven’t done a good job or the best of your ability, you just might not be right. There will be one that comes along — the one that the person who got that last Job was wrong for. It takes a few stars to align to get there, but it happens and when it does it feels great. It’s the same with modelling.

What got you interested in fashion? How would you describe your personal style today, quarantine looks aside?

I’ve always been interested in fashion. I have no idea where it came from, but it’s such a big part of my life. Personal style is so important to me and it seems to change. I like to try things out and see what my environment is at the time. I love hats and headscarves. I’m in my 30s now and I think after living in Paris I prefer a chicer look. Tailored trousers and a nice cashmere but with great accessories. It’s such a strong look.

We heard you’ve gotten back into painting in quarantine. What have you painted most recently? Do you have any other tips for staying sane in isolation?

I did, although that’s stopped now. My new project is a tapestry. I made one six years ago of the Bigger Splash by [David] Hockney, so I’m starting a new one next week and I’m going to surprise my friend with it who has been having a hard time. Isolation has been good for me. I needed to stop and breathe. I’ve had a lot of changes in my life in the last two years and really needed to get off the treadmill, so to speak. I think the world needed to slow down.

Right now, I have two little trips booked. Pending lockdown ending soon, I’m out of here. I’m also just itching to get back to work!

‘The Last Days of American Crime’ is currently streaming on Netflix.