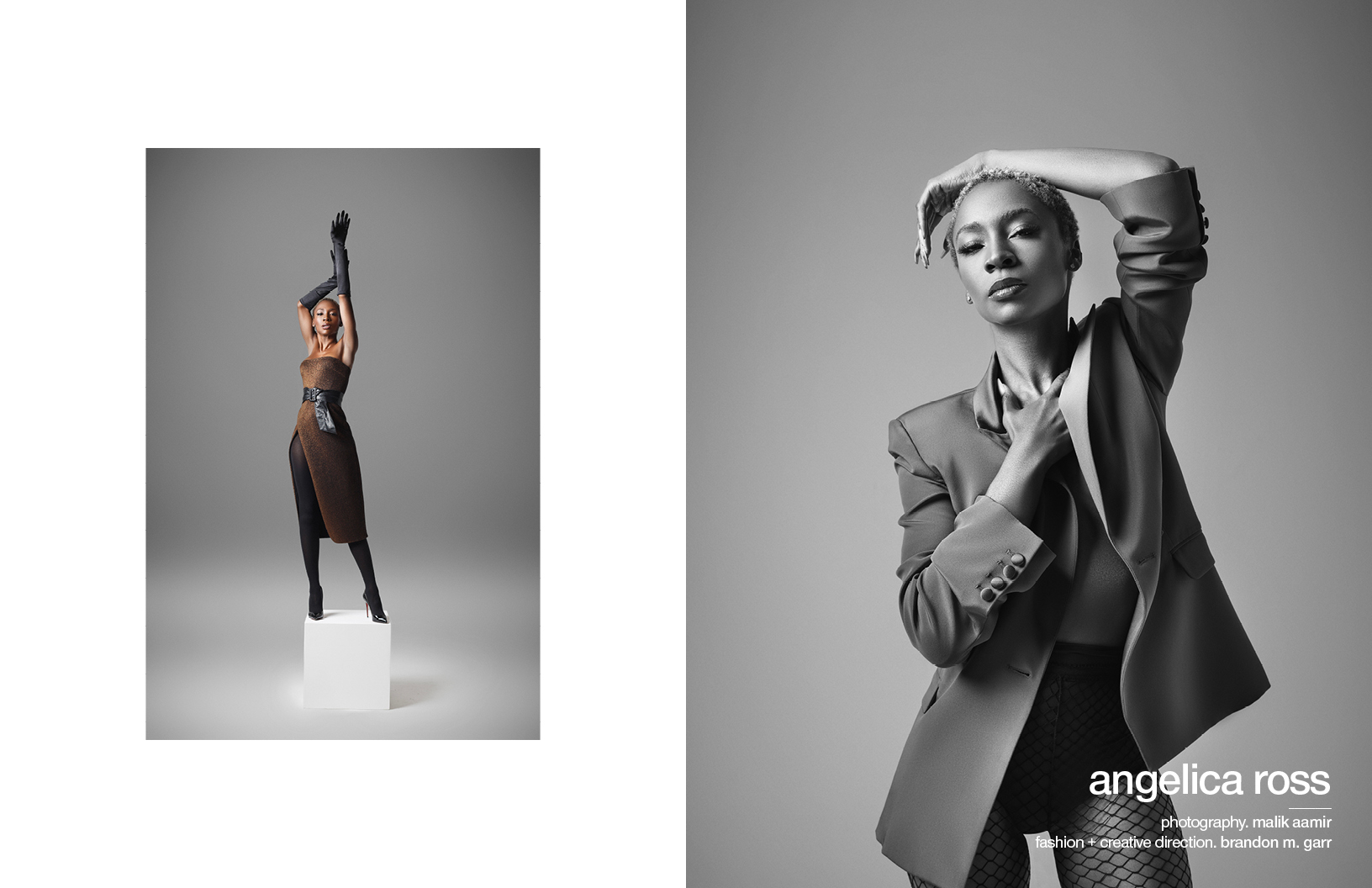 Angelica Ross is a commander of the screen. Through the lens of director Ryan Murphy, we have witnessed Ross cement herself as a formidable actress with rawness and vibrancy in abundance, while making history as the first Black transgender woman to be a regular on two television shows — the impulsive and fiery Candy in Pose and the stern and intelligent Donna Chambers in American Horror Story: 1984. A pandemic later, and after the launch of a music career, Angelica Ross returns to the gruesome cult show as The Chemist, an intimidating, morally bankrupt character who causes untold chaos. Schön! speaks with Angelica Ross to discuss everything from American Horror Story: Double Feature to working during the pandemic, the sun and more.

How was the experience of filming season ten of American Horror Story during the pandemic? What do you remember most from the experience?

Everyone seemed to be very happy and grateful to be back at work, but we all noticed the big changes. We couldn’t be as close-knit as we are used to, working with each other. [The] wardrobe stylist, hair and make up artist were now surrounding me in both a mask and a clear, visor-like shield. Everyone is also in a testing rotation of about 3 times a week. And even with all the precautions we take, the schedule is still delayed due to COVID. We have been filming this season of American Horror Story for about a year and some change. But again, at the end of the day, I am privileged to be able to still do what I love when so much has shut down due to the pandemic.

You starred as the serial killer obsessed Donna Chambers in the last season, and this season you return as the Chemist. How do you prepare to fully embody such chilling characters?

Well, truth be told, I’m a little cold blooded myself [laughs]. Black women are tired. Tired of being undervalued, unheard and unsupported. We have had to find ways to help ourselves and each other. As an actor, I am able to portray a dramatised version of that — brilliant Black female characters who have no choice but to take matters into their own hands. 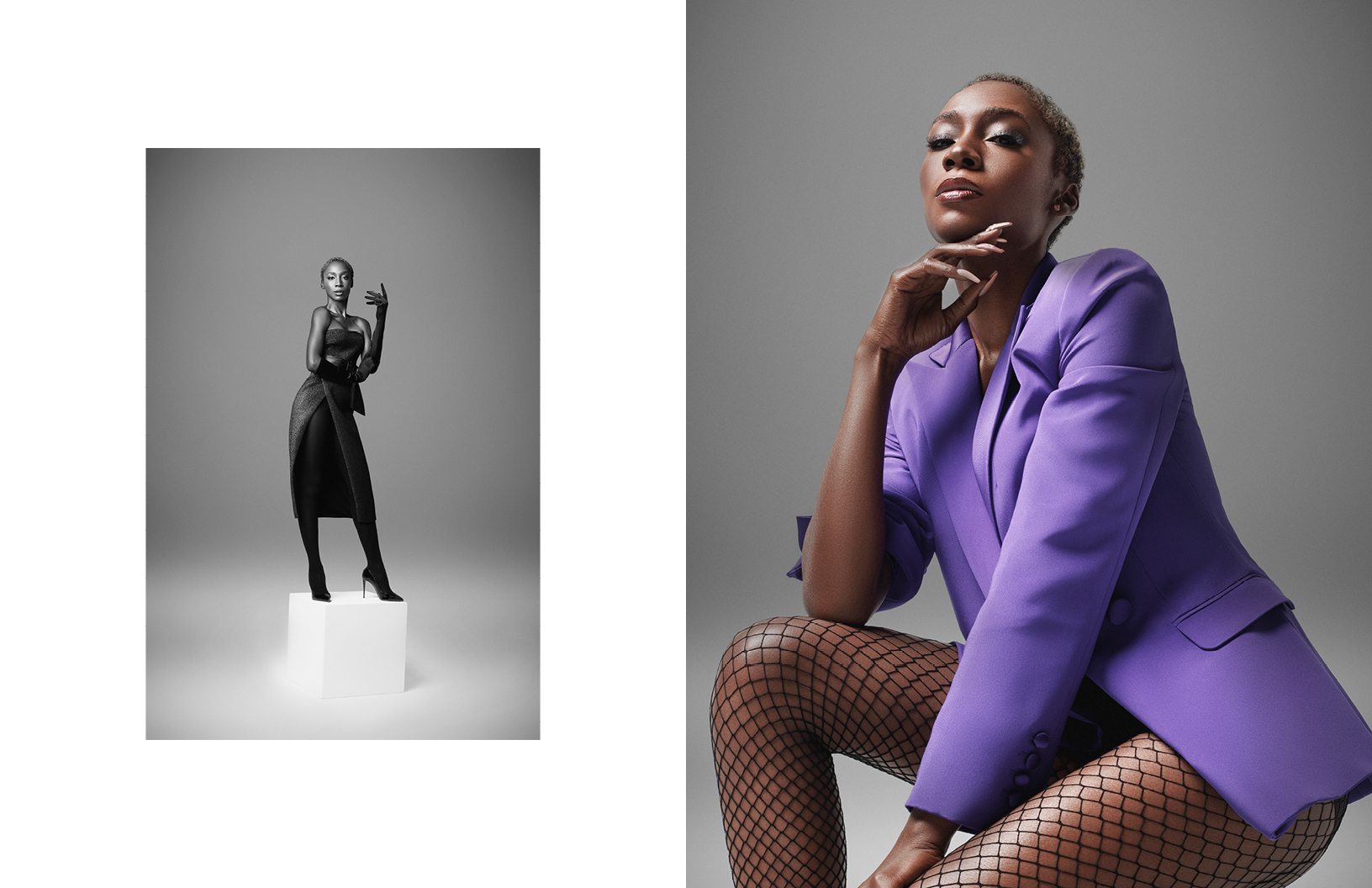 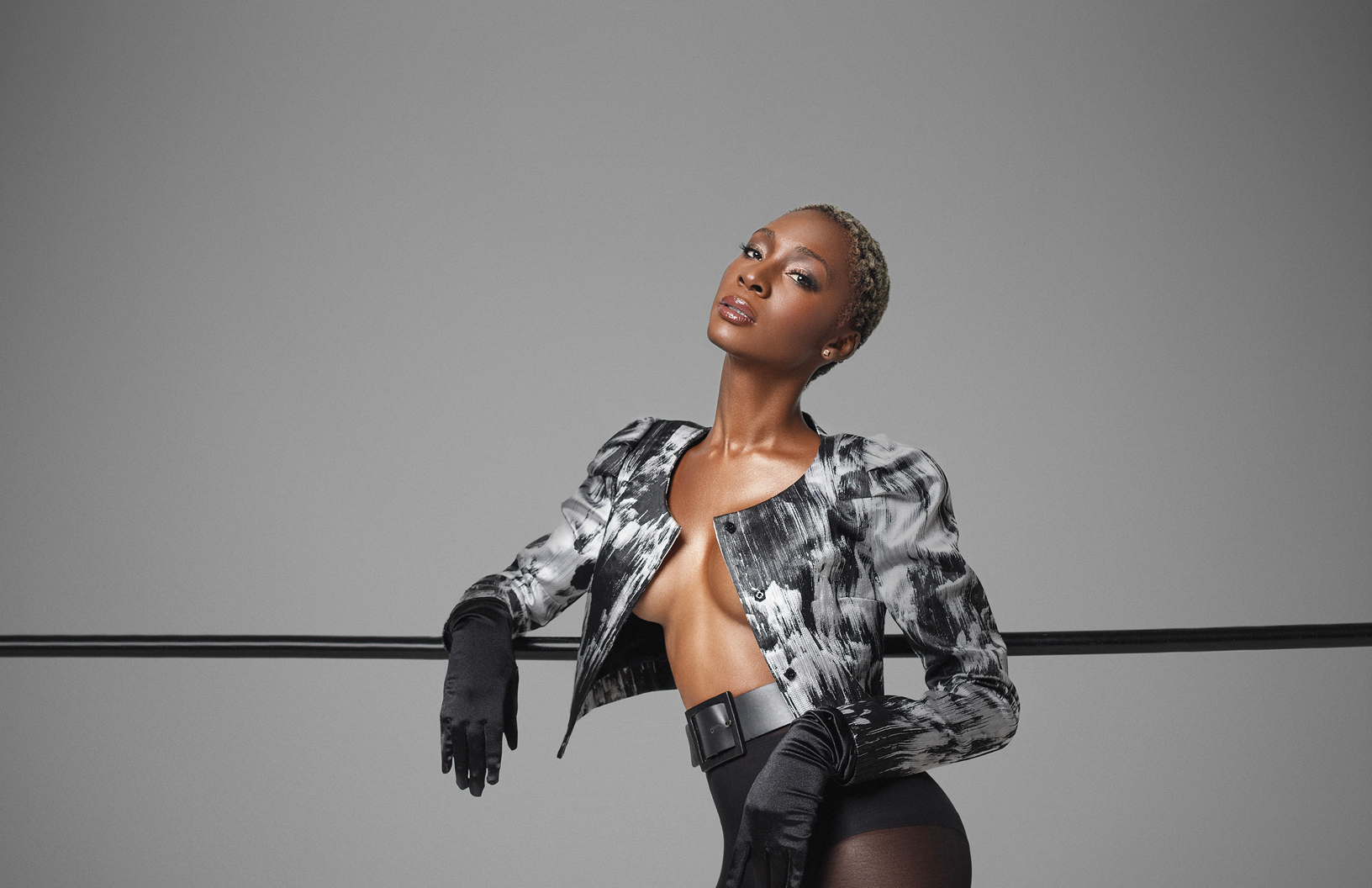 Ha! Real life. I never really was into the horror genre before American Horror Story. I would always tell my friends who begged me to watch scary movies with them that real life is scary enough. And for Black people, trans people, disabled folks and immigrants, life almost anywhere on earth can be scary enough. What I’m afraid of most is myself. I’m 5’6” and petite, yet walk around like I’m a superhero able to defeat white supremacy, homophobia and transphobia. But the truth is my body, my impact has its limitations, and I’m trying to come to terms with that, but I haven’t yet. So I’m sometimes afraid of what I’m going to get myself into next.

You have worked with Ryan Murphy for Pose and American Horror Story. What do you like about working with him?

The thing I like most about working with Ryan Murphy is that I get to keep it all the way 100 with him. He expects nothing less of me. I have never been timid around him. And he is a blunt, straight talker with me. That’s how I like it. I like strong personalities that can also be open to other ideas and influences. I consider him to be a partner, collaborating to change the narrative and landscape so that it is safer for people whose stories are different than our own.

American Horror Story: Double Feature includes a lot of familiar faces. How does the mood on-set, off-camera compare to the horrors on screen?

Who knew Frances was so funny! Despite all the COVID barriers between us, we still managed to share a lot of laughs on set. But always professional and ready to work when they call ‘action’.

Your performance as Candy in Pose is legendary. How has the character stayed with you since?

I can’t think about Candy without thinking about all of the Black trans lives we have lost over the years — hell, just since the premiere of this episode. I had high hopes of a ripple effect creating enough compassion to cease the senseless violence that trans people face. I have lost count as the number continues to rise this month. Candy reminds me to remember the girls. Remember them always. 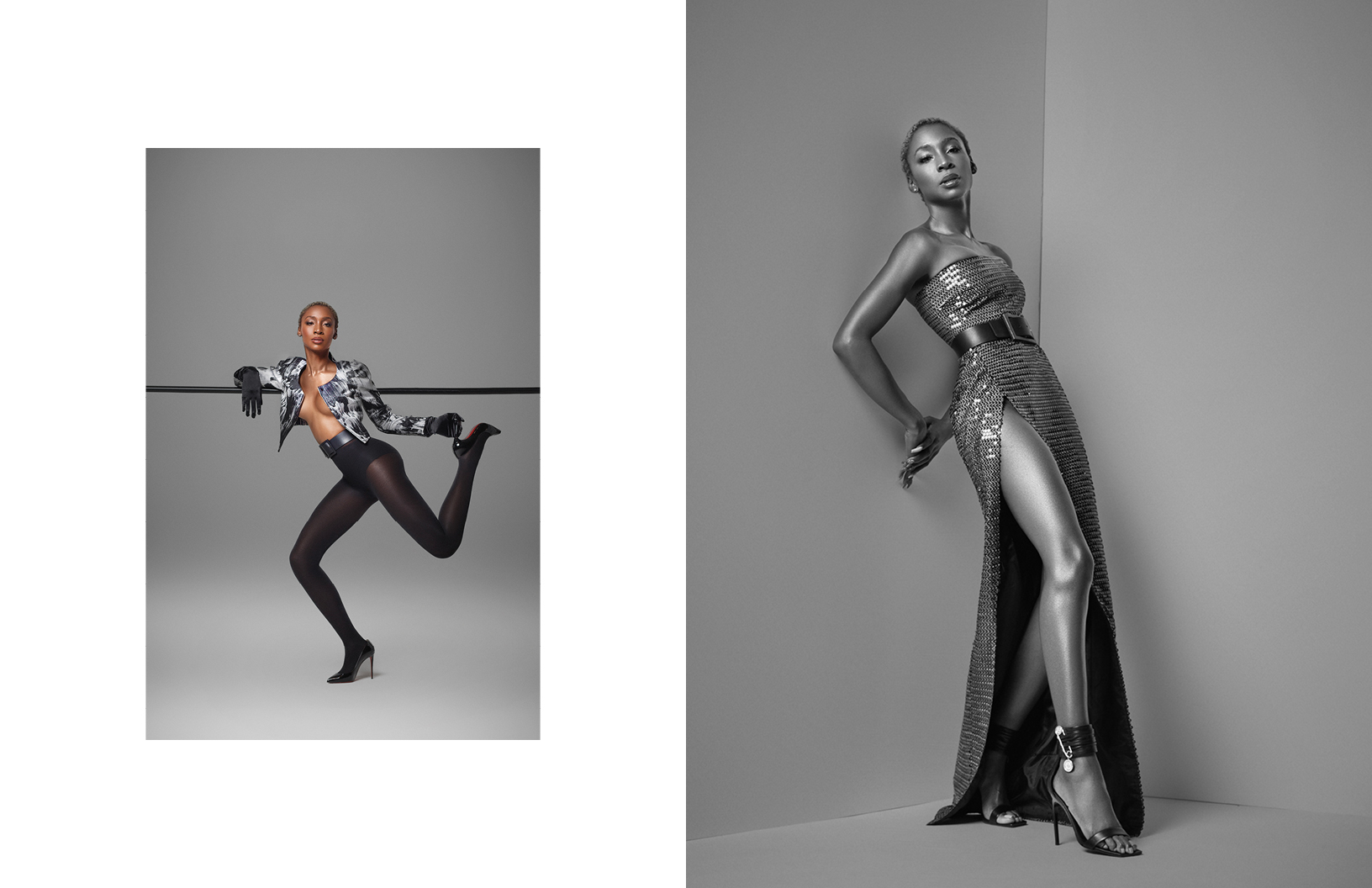 You released your single about female empowerment, Fierce, this year. How do you remain ‘fierce’ during difficult and uncertain times?

I make sure that I am spiritually fit. When I am in conversation with my soul then I am measured with energy and my purpose. I move through situations and circumstances with ninja-like precision when I am spiritually centred. Or shall I say, it’s how I stay ‘on point’. For me, you’re the fiercest when you’re on point.

What are some of the songs on your motivational playlist? Why do these songs stick with you?

My motivational playlist is full of songs from India Arie, but now also includes songs like The Good by Cynthia Erivo, Something to Say by MJ Rodriguez, Tempo or Rumors by Lizzo and of course Fierce from me and my girls. I’m all about celebrating myself and my friends who know what we’ve come through to get where we are.

You are a triple threat: you sing, act and code — but how do you choose to relax?

I have a very indulgent relationship with the sun. My favourite way to relax is to lay in the sun by the pool, at the beach, preferably on some remote island, and hopefully once I’ve finished filming for the year I will be able to take some time off to do so and deliver the final draft for my first memoir. 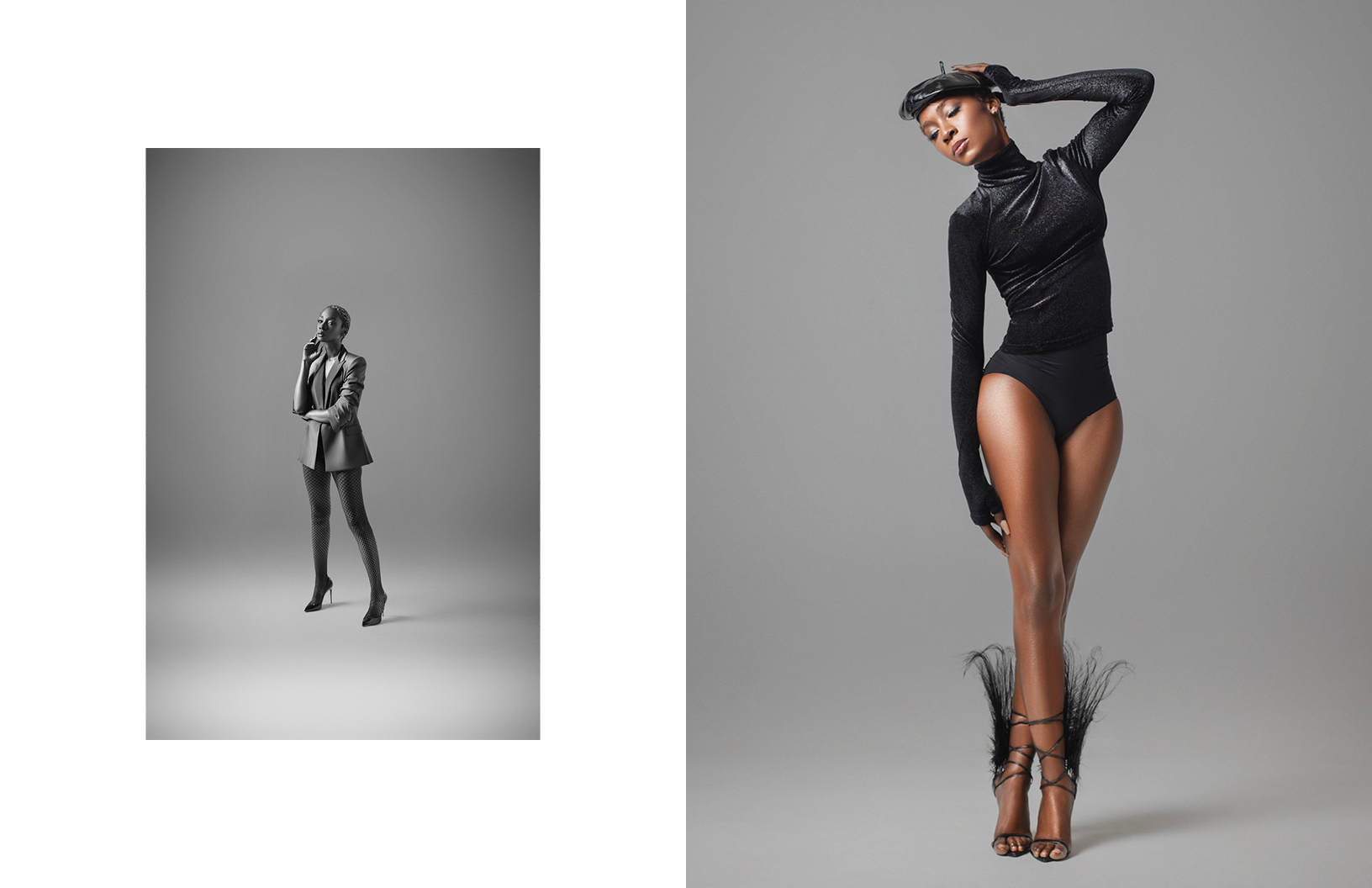 How do you feel reflecting on all the change you have created for trans identities in popular culture?

I don’t reflect on it. Maybe I should one day. I don’t know. I don’t really feel I have the privilege to do so, nor do I really think it’s helpful for me to reflect backwards. A lot of my power is derived from the ‘now’. I learned that from Eckhart Tolle — to reflect on the current moment is to recognise the sustaining reality that we have come so far and still have so far to go.

How will you continue to advocate for trans people in Hollywood? What are the major hurdles trans people are facing today?

I am dedicated to taking up space as a Black Trans Woman, being visible and dedicated to my craft and my purpose, but I also am dedicated to creating space while I make space for myself. I am creating jobs, opportunities, tech summits and learning cohorts, creating access and doing all that I can do to help. And with that, I am satisfied.

The worldwide virtual TransTech summit returns this fall November 20-21st. I also have new music releasing and two music videos on the way — one music video for Fierce and one for my debut solo single release Only You. I am also finishing my first audiobook and memoir as well as a free companion webinar at mypersonalPhD.com 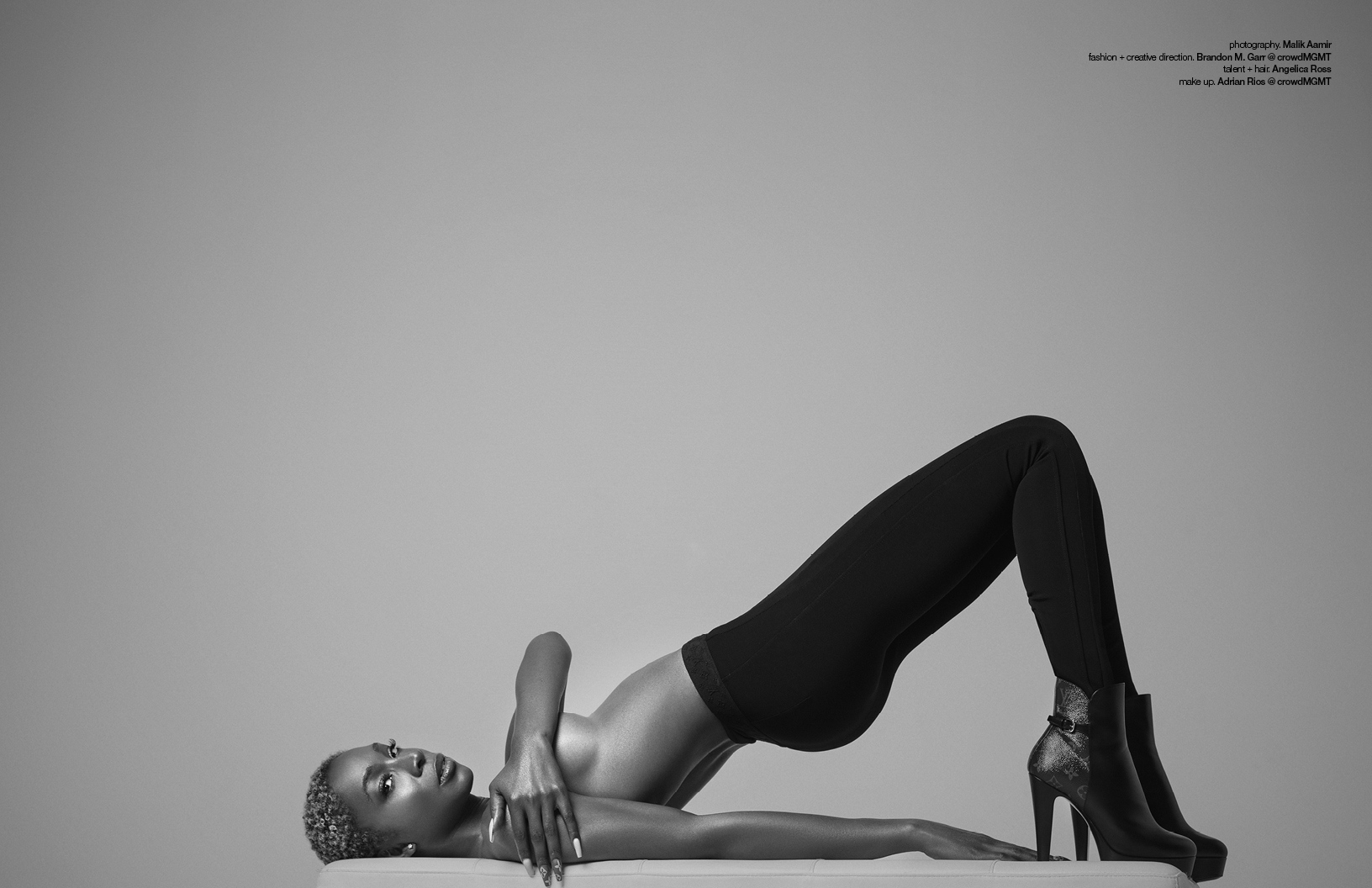