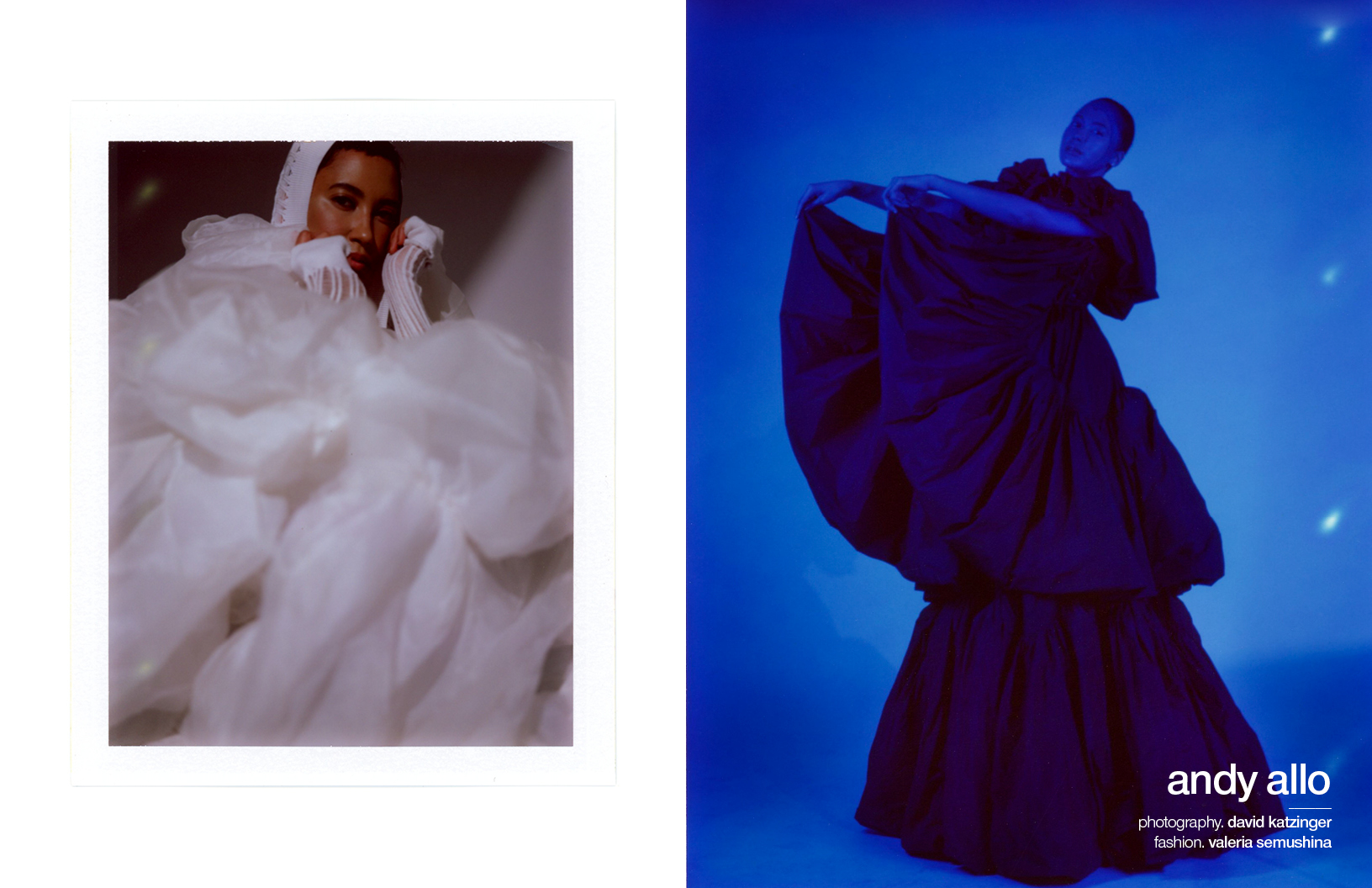 Andy Allo is an incredibly talented Cameroonian-American life coach, actor, singer-songwriter and director who delighted fans when she returned to screens as customer service rep Nora Anthony for the second series of Upload. Set in 2033, the sci-fi comedy revolves around the star and Nathan Brown (Robbie Amell), a computer programmer who, upon dying prematurely, were uploaded into a sunny digital afterlife. The pair are hilarious as they navigate Lakeview’s virtual world together, investigate how Nathan died and gradually fall for one another. Its heartwarming and dramatic moments have made the show a must-see on Prime Video.

Allo has previously featured in Pitch Perfect 3, Black Lightning, and The Hero starring Sam Elliot. But the gifted performer first entered the entertainment industry in 2009 when she released her soulful album UnFresh. Her talents were instantly recognized by Prince, who invited her to join his New Power Generation as a singer/guitarist. They then collaborated together for a covers project titled Oui Can Luv in 2014, before the pop icon helped Allo to cultivate her sophomore album, Superconductor. Its catchy funk/soul sound propelled it to #4 on the Billboard Heatseekers Chart. The star has since graced the stages of Jimmy Kimmel, Guitar Center Sessions, Billboard Sessions Exclusive and toured extensively throughout Europe, Canada and the United States.

She’s currently working on her next album which, according to the creative, “is telling my story, and if I never made another album after this, I’d be happy.” While we sincerely hope that she continues to bless us with her music, the star is expanding into screenplays and scripts. ALICE was the first short film that Allo authored and directed herself and is currently being submitted to festivals. “We knew she’d be leading her own revolution soon,” Prince once stated — and indeed, her artistic journey shows no signs of slowing down. Join us as we talk to Allo about her exciting career, playing Nora and numerous creative pursuits! 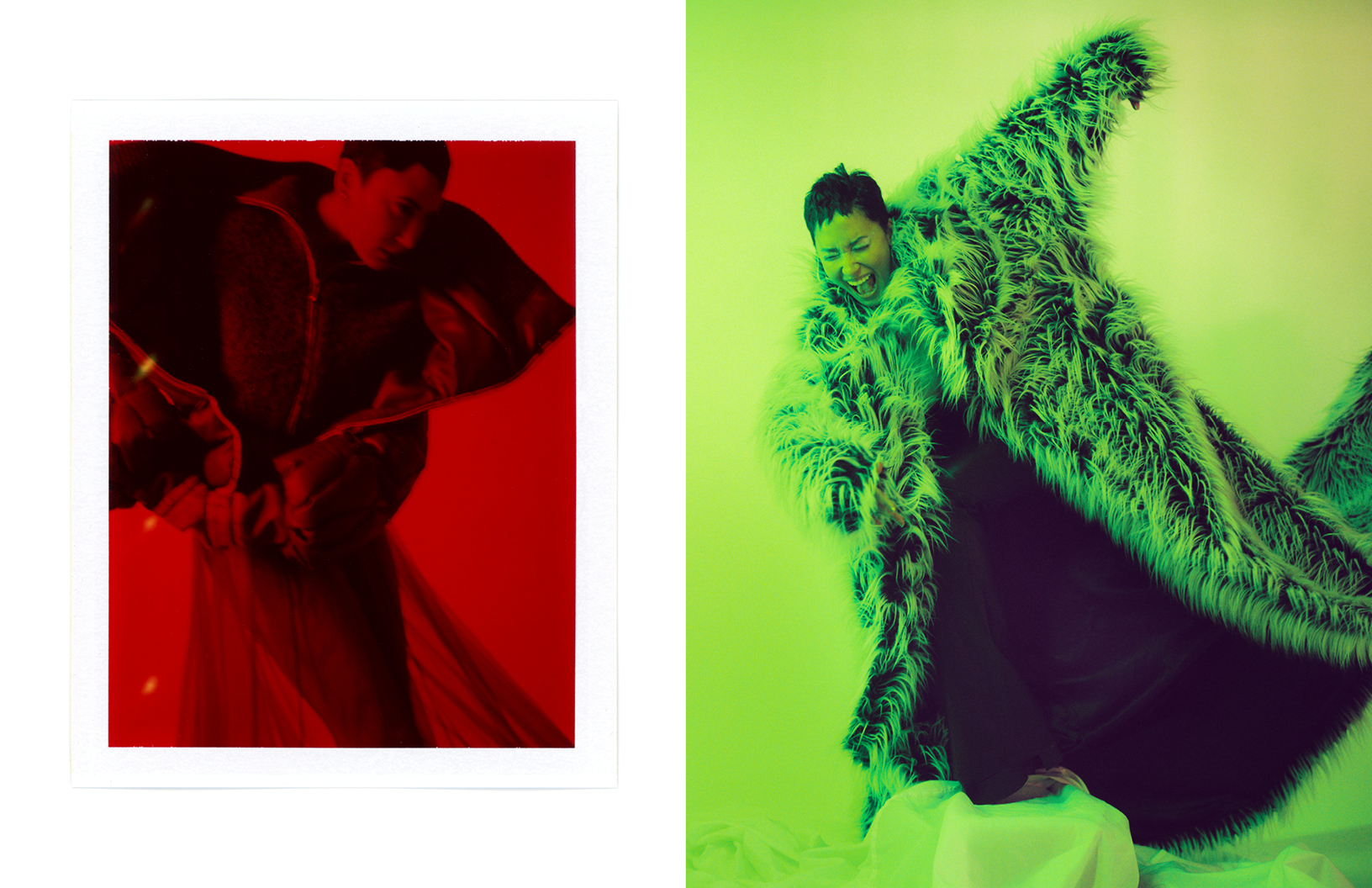 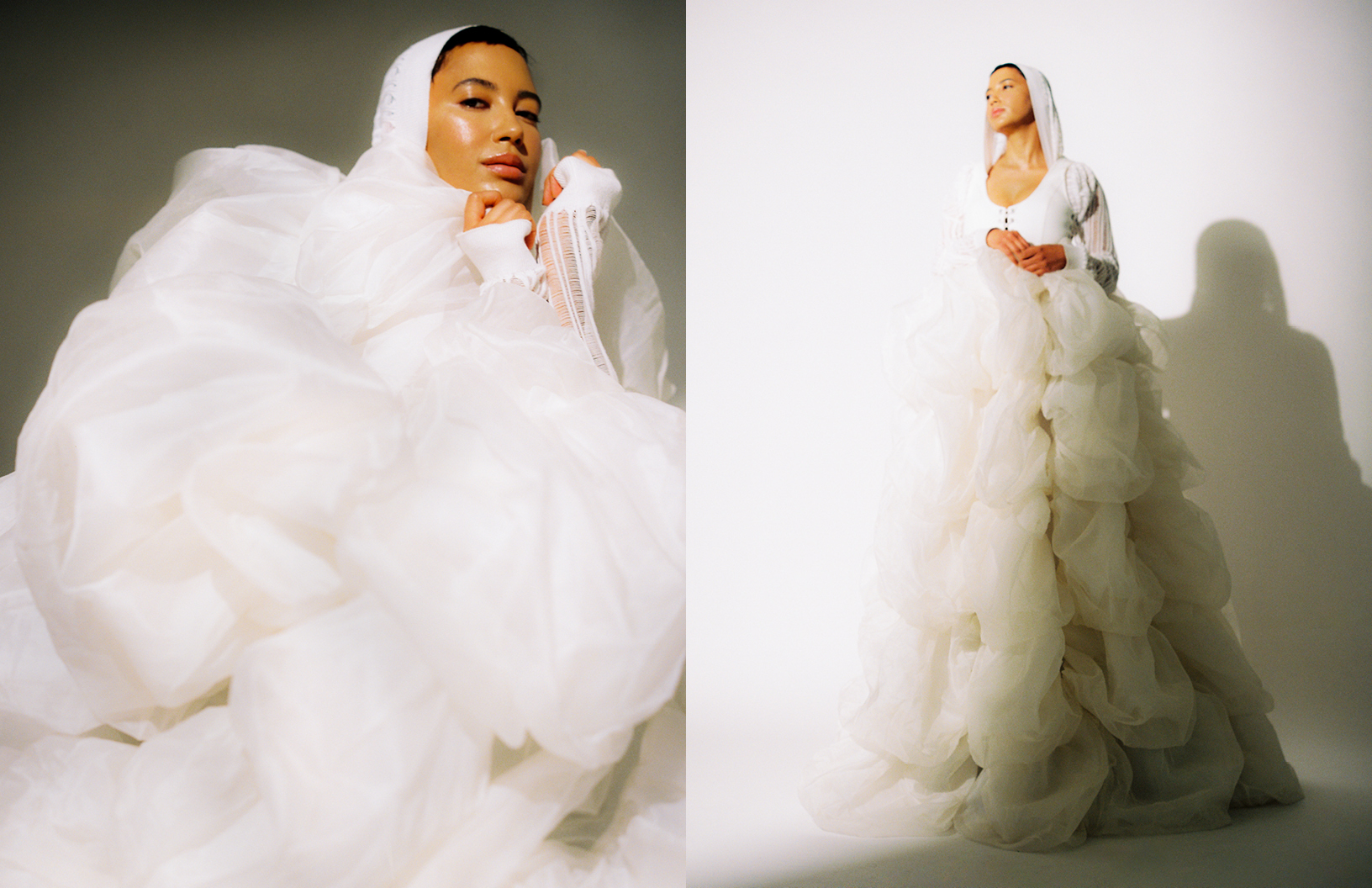 What was it like touring with Prince in 2011? How did the experience impact you professionally and personally?

Touring with Prince was a wild dream that forced me out of my comfort zone and gave me a chance to experience a true rock and roll lifestyle. It was epic! That time of my life had a profound effect on me as an artist. I learned to have an elevated work ethic. It also instilled in me a high level of integrity and an even deeper love for music and art. All of those elements inform how I show up in my work and life today.

Where do you think your love of music originated from?

My mother and father always had music playing in our house. My mom is a trained pianist and plays beautifully, and my father had this huge record collection that was full of incredible artists like Dolly Parton and Bob Marley. I was surrounded by music, singing and dance and knew from a young age I wanted to perform.

What is your creative process? Is there a method you use when composing?

I wish I had more specific ritual or routine to share when it comes to my creative process. A lot of it is just going with the flow and being ready when inspiration strikes. So that can be while I’m washing the dishes, driving, sleeping or even when I intentionally sit down and start playing the guitar and singing. I try to be like water when it comes to the creative.

You released your single Angels Make Love in 2019 and are currently working on your next album. How is it going? What are some of the things that have been influencing the creation of this album?

The album is almost finished, and it feels like the most honest I’ve ever been in my music. I went into this record thinking, ‘this will be my last album.’ I didn’t want to hold anything back and I haven’t. This album is about coming into your own and truly loving yourself: the good, the bad and the ugly. I can’t wait for everyone to hear these songs. It’s some of the best songs I’ve ever written. 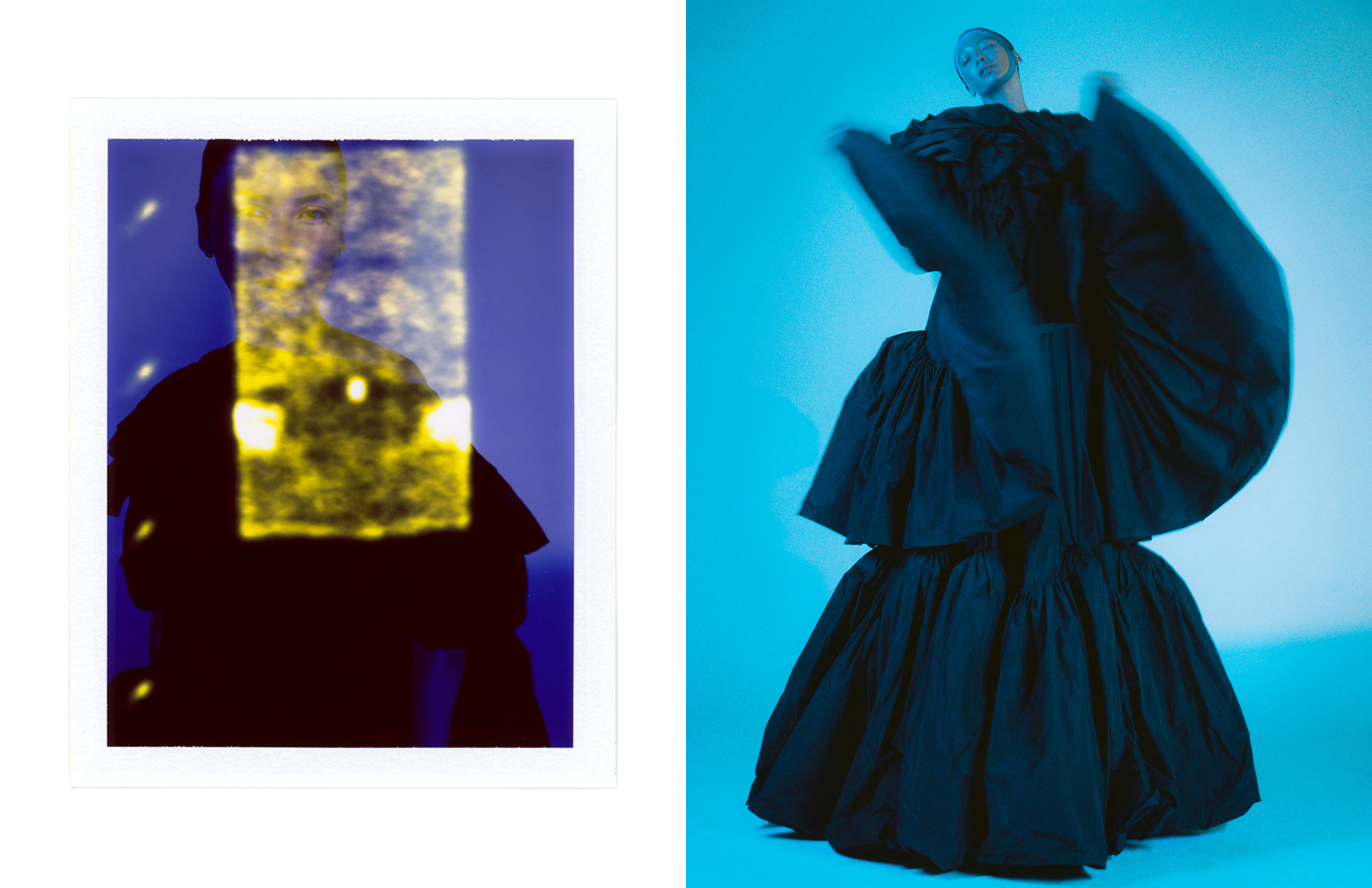 Let’s talk about your role as Nora on Upload. What were your initial thoughts when reading the script?

I knew it was a Greg Daniels project so I was already excited. When I read the script, I was fascinated and instantly transported into the world. I thought it was clever, funny and nuanced. The characters were so real and grounded and I immediately connected to Nora.

You’ve said that Nora’s personality is similar to your own. Does that make it easier for you to get into character? What are some of the challenges with that?

There are parts of Nora that I deeply relate to and some that I don’t, but that’s where the art of acting comes in and being able to take on a different character and embrace them fully.

How would you like to see Nora and Nathan’s relationship develop in a potential season three?

I’d like to see them just be happy for a while and enjoy being together. They’ve suffered enough! I want to see how Nathan is as a boyfriend IRL and let Nora be pampered by him. I think they’ve had enough struggle in their relationship.

Are there aspects of Upload‘s virtual world that you wish were a reality?

Definitely. I really wish I had unlimited food and could eat whatever I wanted, whenever I wanted. That’s pretty cool. Also being able to change the weather when you feel like it, would be amazing.

Along with its comedic moments, the series explores humanity’s relationship with technology. Are there lessons or ideas that you think viewers can benefit from? What are they?

One of the biggest lessons for me was getting to witness and experience Nora spending time with the Ludds and the beauty of taking a break from technology and getting into nature. I think that’s something everyone should do even if it’s for an hour or a weekend. There’s something really healing and peaceful about it, and when I did come back to social media and my phone, I actually had a greater appreciation for it. 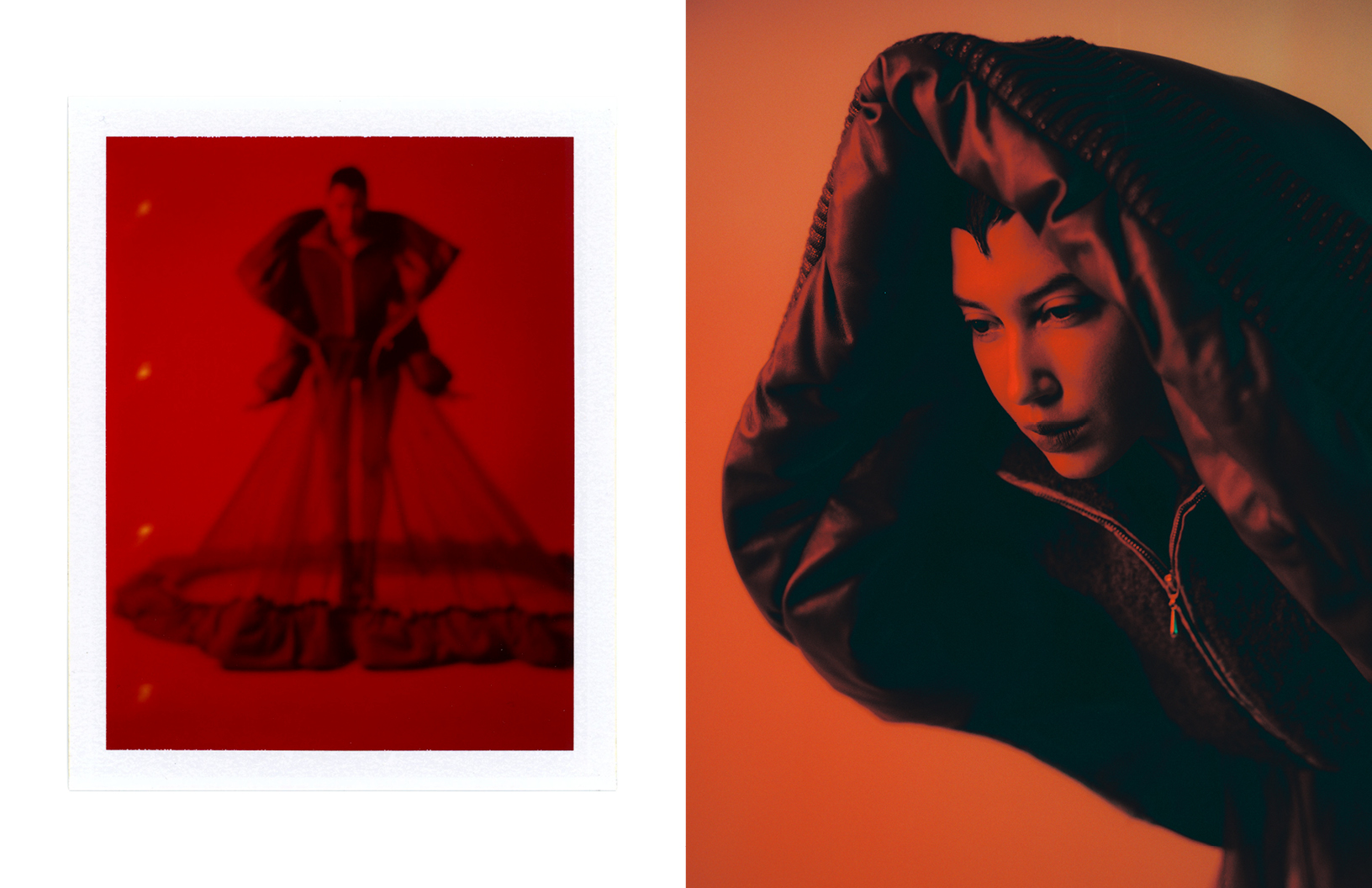 You’ve recently expanded into writing and directing your first short film, ALICE. What inspired the film, and how did you go about writing its script?

The film is inspired by the difficult choices and sacrifices we make when we’re trying to do the right thing when it’s actually harming us and others. I’m really proud of how it came out, and it was just announced a finalist at the USA Film Festival so hopefully it continues to do well at festivals.

Tell us about your experience behind the camera as a director. What was most fun, and what was most challenging?

The best thing about directing is seeing your vision come to life and collaborating with the cast and crew to make something you saw in your head a reality. The most challenging thing I’ve found is choosing which of your ideas or shots you’re willing to let go of for one reason or the other. I’ve learned that as much as you plan, you must stay in the moment and flexible because something will inevitably go wrong or change the course of the day. As a director, it’s my job to be decisive and keep the ship on course.

Who are three artists you think everyone should be listening to right now?

What are your plans for the near future?

I’m currently a nomad, but I’m ready to put down some roots so I’m looking for a new place to call home. I also look forward to directing more, releasing my new album and acting in some really cool and challenging projects. 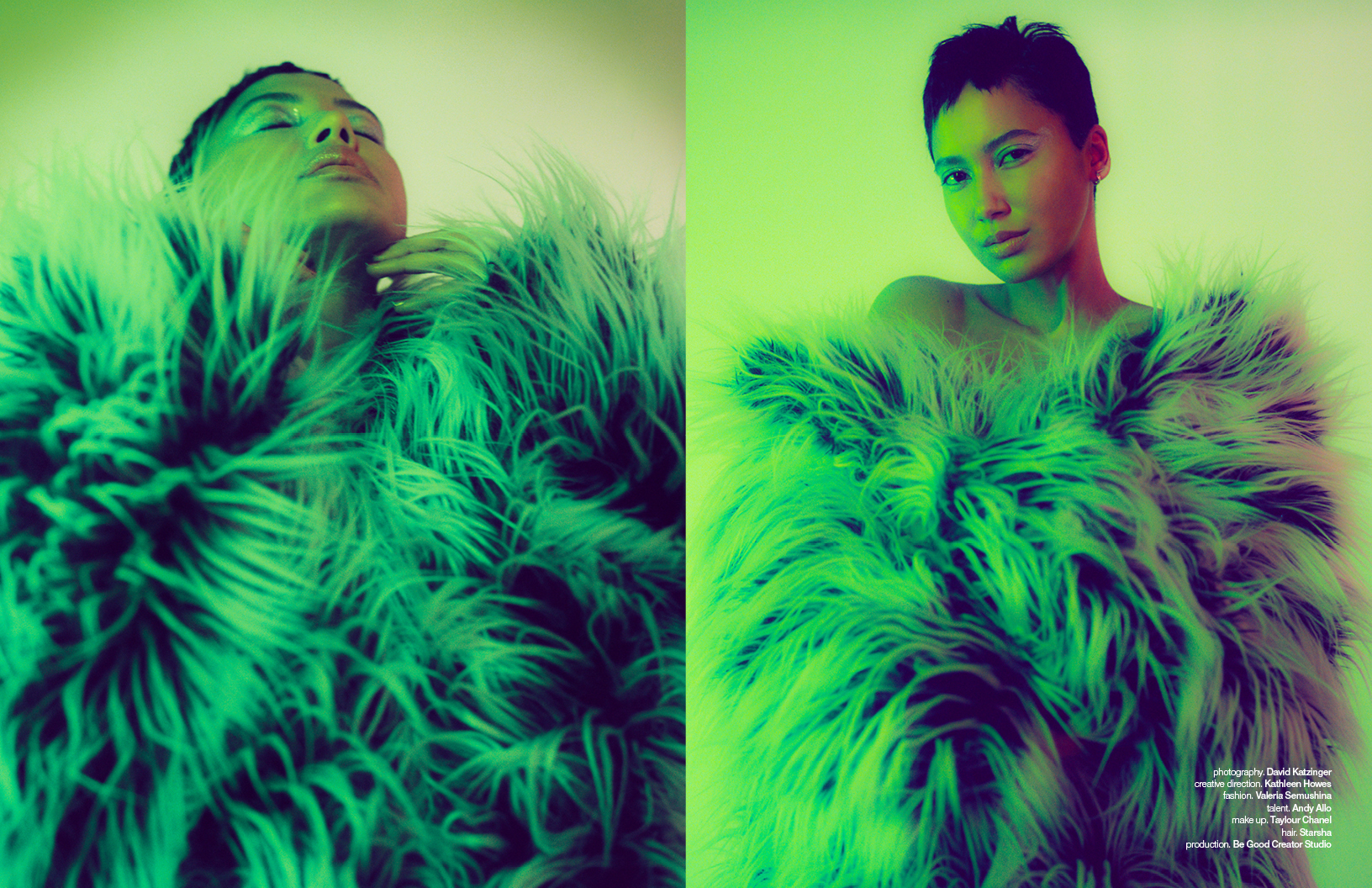