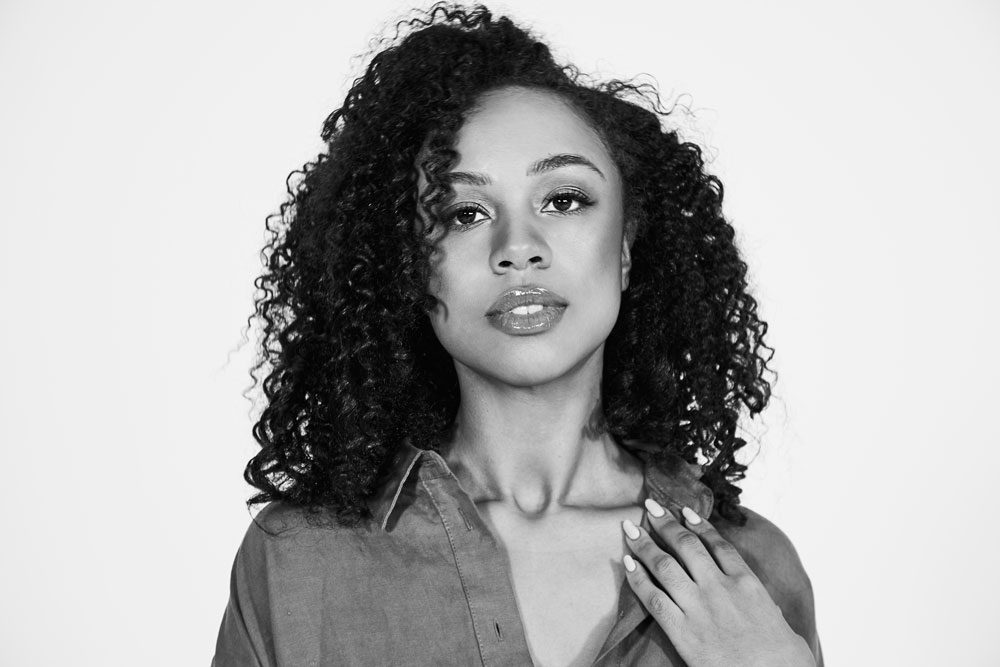 Fusing electronic, pop, and RnB, Amy Steele is bound to be the next starlet in your radar. Hailing from London, the 23-year-old singer and medicine graduate doesn’t let anything other than her actions define her. With a clear vision of what her future holds in both her passions, Steele is gearing up to the release of her debut EP, Memories In Watercolour, which showcases her uniquely distinctive sultry vocals and soulful tone. With three little tasters in the form Long Way Home, Graces and Saltwater, the songstress also unveiled this month her emotional rendition of Cher’s anthemic Believe, turning the dance track into a quasi-mournful, poignant ode. As 2019 approaches, we catch up with Steele to discuss what it means to be independent, the overarching influence of water in her forthcoming EP and what we can expect from her in the new year.

Did you always know you ultimately wanted to pursue music as a career?

I’ve always had a passion for music, since I was younger I always loved singing and writing. Then at school, I was in the choir and in charge of house music. But it was never something that I had planned to pursue as a career, it was just something that I had loved to do. Then when I was at university I had the chance to be in a studio and loved recording, then from there, I started to put out what I made on the internet.

Independent artists notoriously have a hard time stepping into the limelight but, on the contrary, can also control the trajectory of their sound without external influence. Is remaining independent something you value when it comes to making your music?

I think for me creative control of the sound and everything I do is so important. At the end of the day I want to do music to create, and it’s so important to be able to control your voice and what you have to say through your art.

You’re dubbed a “futuristic soul singer”. What does that mean to you? If you had to how would you describe your style?

I think for me it means that I make soul music but with a whole host of influences, be it electronic, pop, RnB…

Outside of your music career, you’re also a Medical graduate. Congrats! Why did you decide to study this particular field at university? Do you incorporate that experience into your music in any way?

How did you manage to juggle between your stage-studio persona and academic life during your time at university? Has music always been a priority?

It was a lot to juggle, both were such demanding things to do at once. It just came down to setting time aside and sticking it to it. Time for studying and time for recording. In terms of what I enjoyed more, it would have to be music. It’s something that I love, rather than something that I do. That’s why I’m so excited to put out Memories in Watercolour, next year, and share what we’ve been working on for so long.

Speaking of Memories In Watercolour. How did you come up with the title?

The whole EP has a water-based theme, water is cleansing and vital to life, and the imagery of it had filtered through to almost every track. But then the EP also had a strong theme of reminiscence of reflection, nostalgia, looking backwards and telling a story of what had happened. So, when it came to giving the EP a title I wanted to tie those two concepts together. So, Memories in Watercolour, is the idea of painting an image of the past, its cleansing and therapeutic to look back, but then it’s also realising that the memory is never going to be captured perfectly, so it’s in watercolour, the past is always going to be recreated through your own lens.

You’ve already released Long Way Home, Graces and Saltwater off the EP. What should listeners expect from the rest of the songs?

I think they can expect the rest of the story, I think those tracks have just introduced a few snapshots of moments in the story, but over the full 8 tracks, the whole story unfolds.

How has it been working on this EP full time after graduating? Has it felt kind of cathartic?

It’s felt really good, I love being in the studio, so it’s great to just be able to record and create.

What would you say influences your music most?

I listen to such a diverse mix of music, and I think that’s why my sound is hard to put into a very definite genre. I think that everything influences my music from pop to jazz to electronic music. I think that my music is just a melting pot of different influences.

You’ve been collaborating with Alex Wells, Draper, Babel and various international producers for the past year. Can you tell us a bit more about your creative process and what’s it like working with people like them? How important is songwriting to you?

They’ve all been great! I’ve had some really great sessions this year. I write my music, which is really important to me, it means my music is authentically me, and as an artist, I think that is so important.

Do you think collaboration is a powerful and essential tool to make it in the music industry nowadays?

I think collaboration has always been a really powerful tool because artists coming together each brings something different. Not necessarily as a means of making it in the industry even, because I don’t think that hinges on a collaboration, just as a way of making really cool art, which is what we’re really here for as musicians.

You’ve teased videos on your socials. When will be getting some and what can we expect from you in 2019? Any live performances lined up?

Yes, we’ve been working on new visuals for new singles coming off the EP next year. Also, yes we’re going to be announcing some dates soon, which I’m so excited about.