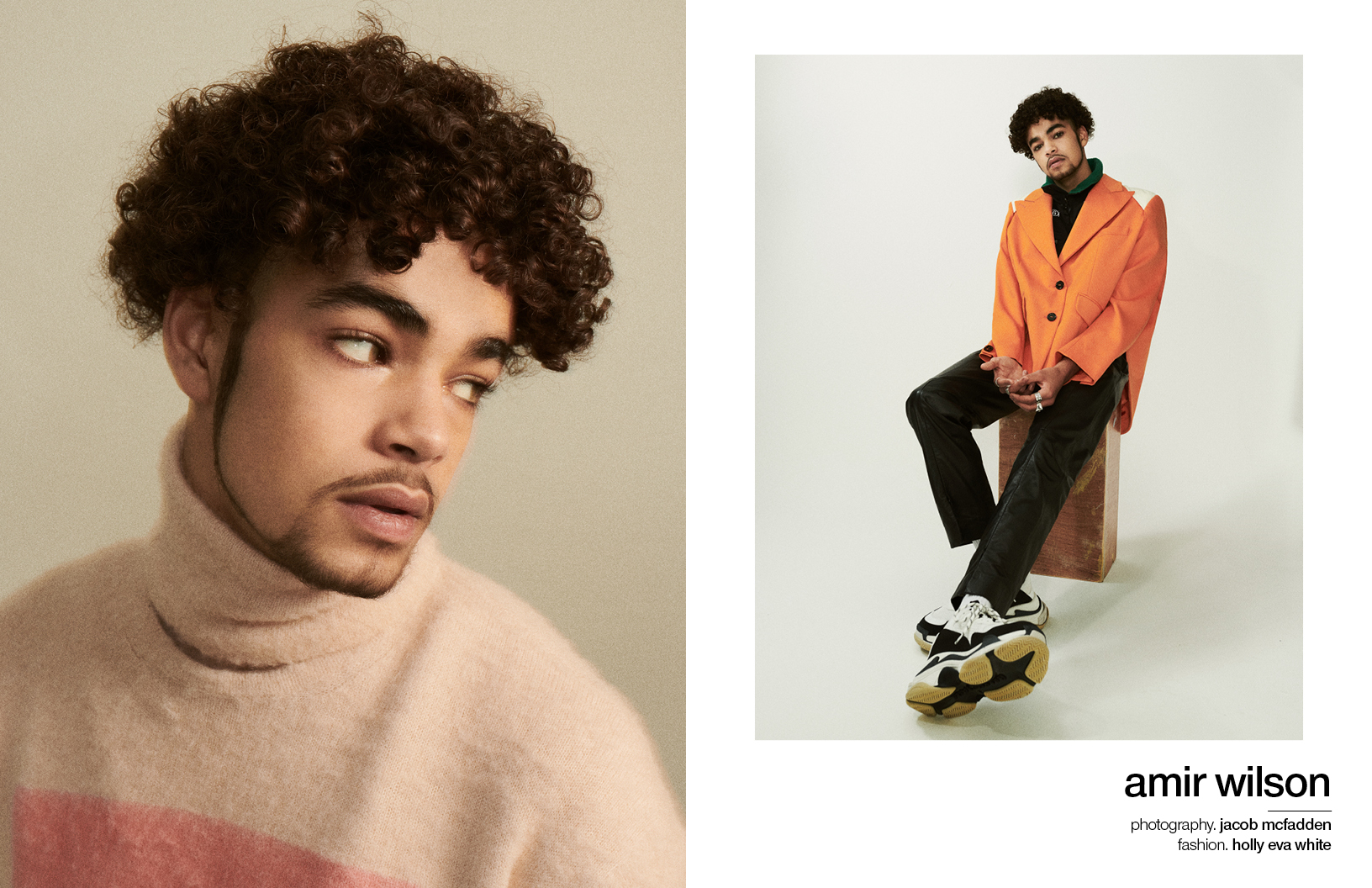 “The world’s changing… we’ve all sensed it.” It’s both a fitting introduction to the second series trailer for His Dark Materials and an appropriate tagline for this year. For those still catching up on the BBC One and HBO hit, His Dark Materials is an adventure that transports viewers to parallel universes filled with complex characters and fantastical creatures. A standout among those many complex characters is Will Parry, played by Amir Wilson.

Wilson has already had quite the year; he starred as Tiuri in Netflix’s The Letter for the King, a journey that had him learning sword-fighting and horse-riding in New Zealand. In the second series of His Dark Materials, Wilson co-leads heroic escapades alongside Dafne Keen, Ruth Wilson and plenty more. While the young British actor hints of darkness to come, he believes a key message from the show is to never give up on hope. Wilson caught up with Schön! about life in lockdown and what we need to know about Will.

This year has been quite the adventure! What has been keeping you busy during quarantine?

Overall, I managed to watch all of Money Heist in like four days or something crazy. I also managed to get a new bike, which is really good because I got to go outdoors a lot more. So, that was good for me. I also re-watched Rick and Morty. Overall, I think I spent a lot of the time watching TV, and during the day I just went on bike rides.

Let’s talk His Dark Materials. To those that have not seen it, how would you describe the show?

Yeah, I mean, it’s a complicated story, isn’t it? If people actually know the story, they’ll know that it’s really complicated and really hard to explain. However, [for those that have not seen it] I guess it’s about two young kids trying to do the right thing and trying to solve all the problems that they’re faced with. 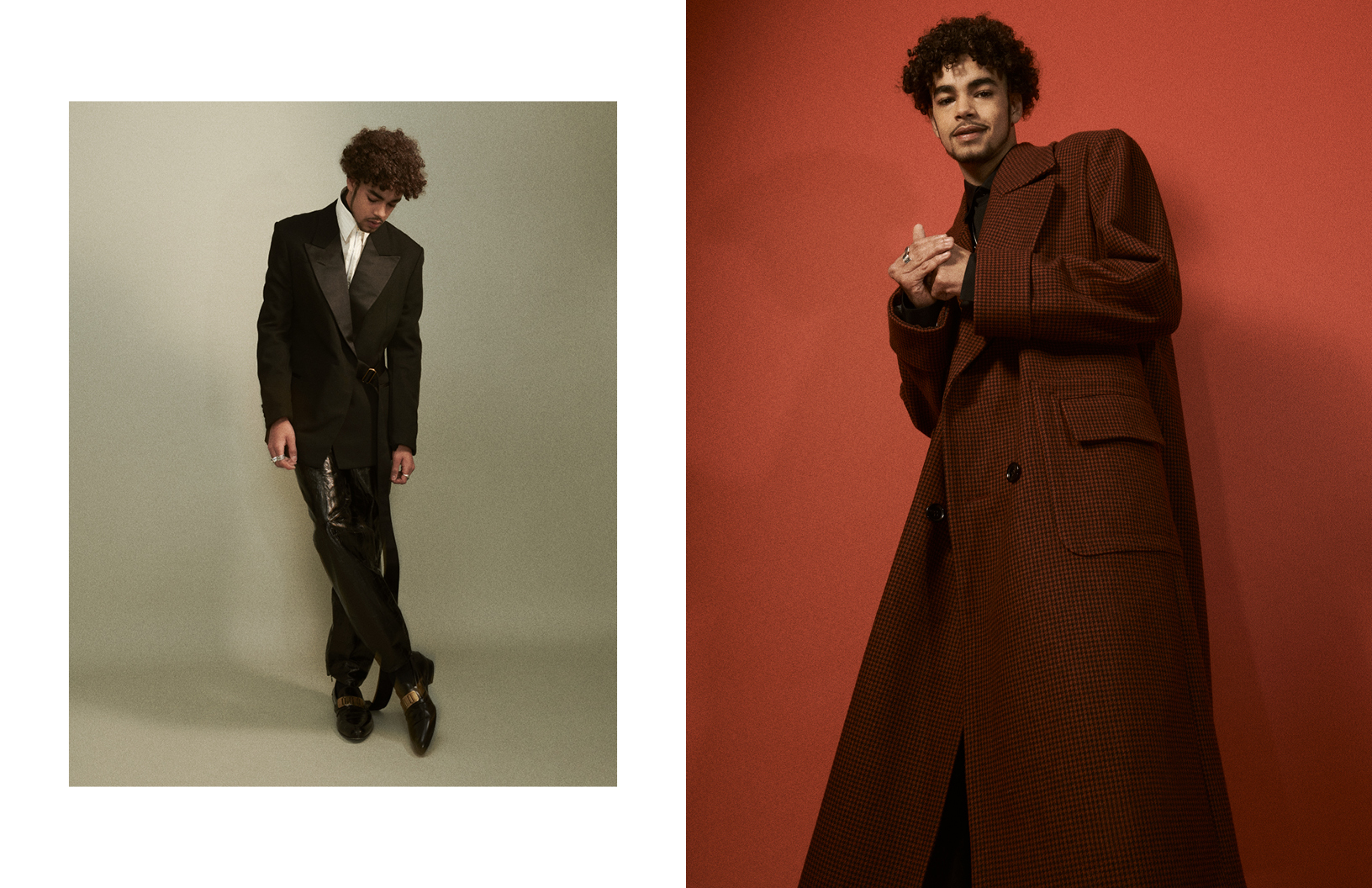 Philip Pullman’s books and the series have invited a lot of controversy. What do you think about this and in your opinion, what is the main message to take from the show?

I am kind of aware of controversy, but I guess I haven’t really been affected by it enough to really speak on it. But in terms of the main message, that’s a good question. There’s so many because everyone’s storylines kind of got a different idea and different themes. Don’t give up on hope is definitely one.

That is definitely a good message for this year. Without doubt, Will Parry has a complex past, but what attracted you to the role?

I liked his character progression throughout the story. I liked how when we first meet Will, he’s kind of this very innocent kid who didn’t do anything spontaneous. But when he meets Lyra, we get to see a more daring side of Will — a more spontaneous side. Will thinks through everything, and Lyra is kind of the spontaneous one that’s always like rushing into things. So, I guess it’s nice to have characters progressing and the spontaneous side of him coming out, and that was really fun to film.

How are you similar or different to Will in real life?

I feel like I’m actually quite different to him, if I’m honest. I’m more of a spontaneous person, and Will is not really like that. But I enjoy playing him, because it’s nice to play someone different. The similarity I have with Will is that he cares for the people around him. That’s what I do as well — I have big, big love for the people that are in my life. 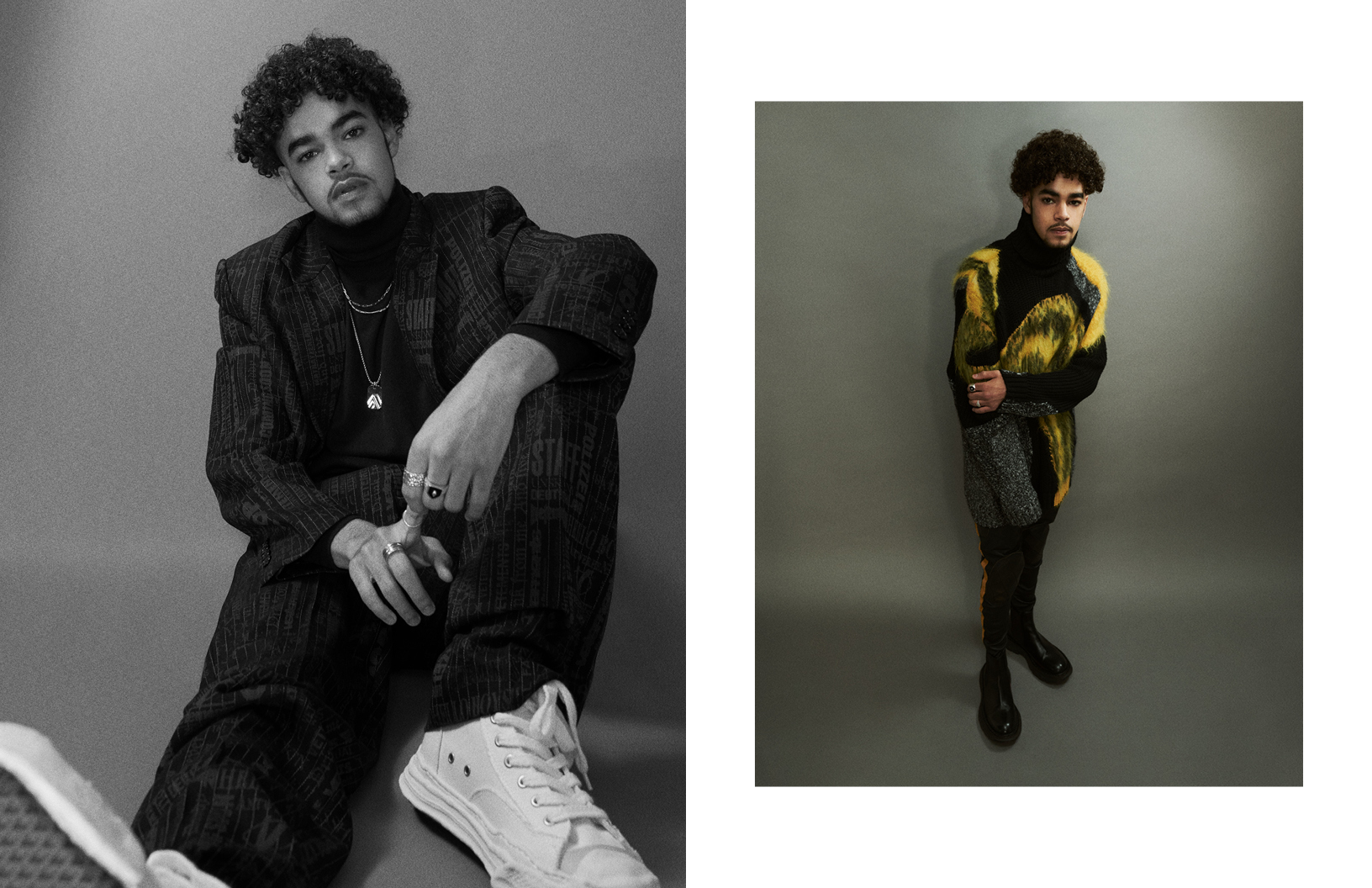 Unlike in the books, Will made a surprise “early” debut in the first series. What did you think of that?

I think the idea was just that they wanted a bit of Will’s backstory before they went into season two. But it was also good for me as an actor to get an idea of who the character was and what I was going into. Then we had like a month break, and then we started filming season two. I think that for me, it was really good because it got me to grips with Will and who he was as a character. In season two, a lot happens, and I think it would have been harder if I just went straight into season two having not done that bit before.

Do you have any funny stories or behind-the-scenes moments to share from working alongside Dafne Keen, Ruth Wilson, Andrew Scott, and more?

Oh yeah. I mean, I always fall over on set. I’m quite clumsy, and obviously, I have a knife in my hand a lot of the time. They would always get scared because I’d be walking about with props and stuff — fake rocks are just as harmful as real rocks, I’ll just put that out there. So on the set I would trip over all these fake rocks that are made out of polystyrene and stuff. I was like, what am I doing? Oh my God.

Give us your favourite Will moment so far.

My favorite Will moment is when he takes that leap of faith and goes into the portal. I think that’s such a big thing to do, especially as humans. I feel like as humans, we’re only used to our own lives. That’s kind of our normal. Seeing something that’s different to our [normal], or something that’s different to the life that we normally live, and then actually going through a different life portal and taking that leap is a big thing to do. I kind of admire that he did that, and I think that’s why that’s my favourite Will moment.

Fair enough! As you mentioned, the show is about parallel universes, fantasy, adventure… would you add anything else to that for the second series?

Darkness. I think in general the whole season is a bit darker and a bit deeper. And I think a lot of deeper stuff goes on and there’s kind of a deeper meaning behind everything. 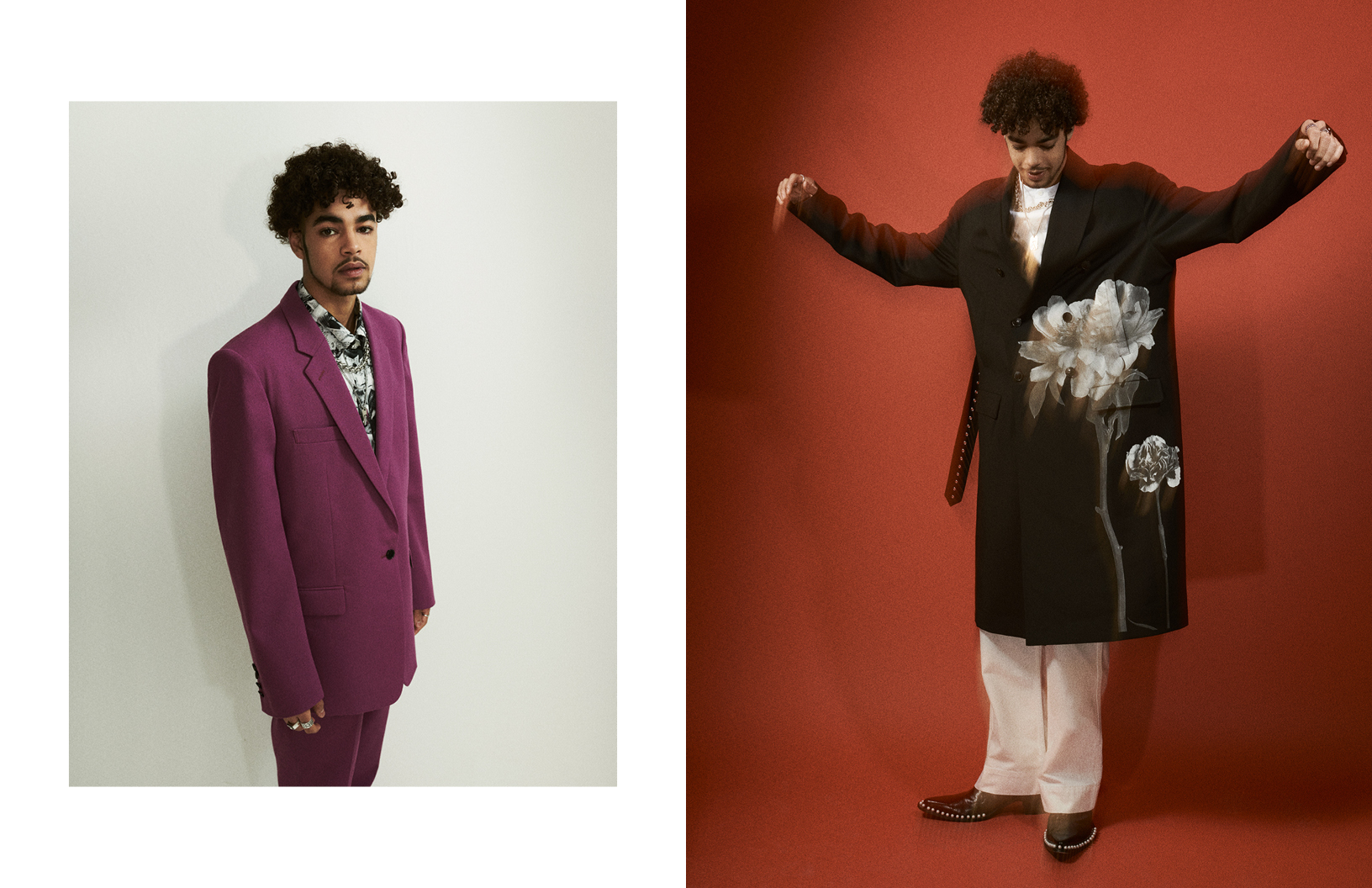 How do you think fans will react to the second series?

I mean, I hope they enjoy it. I don’t know what to say yet, but I think everyone’s going to like it! I think the fans are going to like seeing the book come to life. Obviously, this is also the first time The Subtle Knife has been depicted — no one’s ever done a remake of the second book ever. I think fans will be excited to see that for the first time.

And actually, of all your recent roles, what has been your favourite character you have played so far and why?

My favourite character to play… I guess it might be Tiuri from The Letter for the King. I got to learn how to horse ride, travel to New Zealand, and I got to meet all these cool people.

What would be a dream role you would love to take on next?

Nothing at the moment. Hopefully, His Dark Materials season three will come around soon, but at the moment, I’m just at college studying. 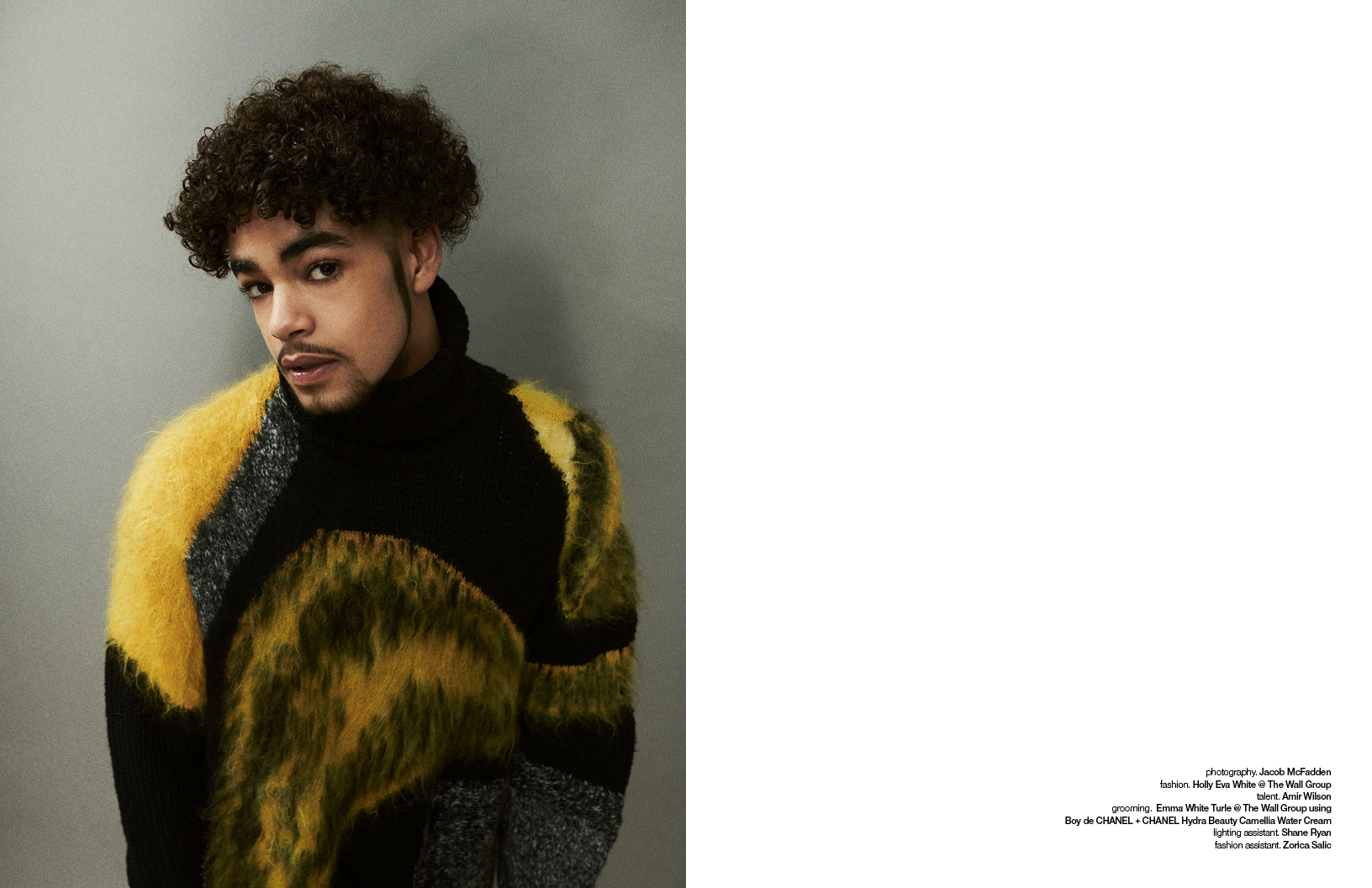 all clothing. Alexander McQueen
rings. The Great Frog + Talent’s own

His Dark Materials series two is currently running on BBC One and HBO.