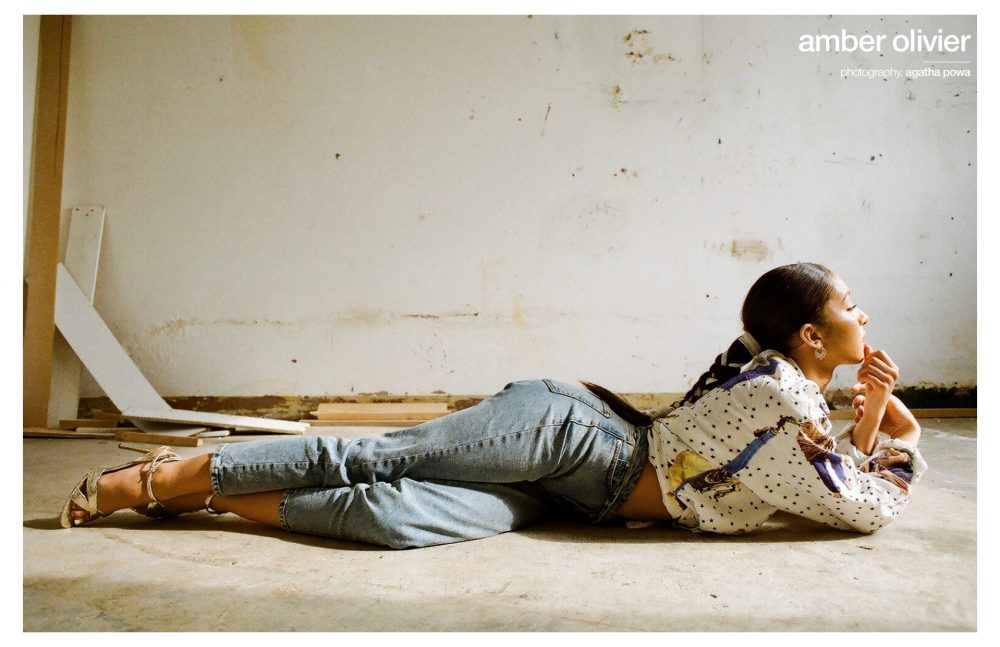 23-year-old singer-songwriter Amber Olivier is ready to leave her mark on the music scene. Hailing from North London, she’s often described as the magical, musical lovechild of Sade and Aaliyah but Olivier is purely her own — with a quintessentially ‘90s R&B sound that the songstress seamlessly infuses with her own personal elements and contemporaneity.

At first glance, Olivier’s nostalgic sweetness is undeniable, but behind the angelic voice is an unapologetic woman — her sultry and soulful sound emanating maturity and growth. Olivier sings to love, but one that is not sugarcoated. With romance as the common thread, she offers equal parts of infatuation and heartbreak. After the release of her self-titled debut EP last year, Olivier is back with Bad Boy. Departing ever so slightly from the smooth, downtempo, guitar-adorned sound her 6-track first offering introduced us to, Bad Boy heralds a new sonic era for Olivier, one that incorporates a slightly more electronic-based production and assertive stance. Her lush, melodic harmonies, however, remain intact. Ultimately, as she herself proclaims in the track, it “doesn’t matter where you’ve been, it’s not where you’re goin’.”

But Olivier knows exactly where she’s going. We catch up with the artist to discuss when she knew it was the right moment to step into the music scene, comparisons and what she has in store for the future. 2018 might have been good, but 2019 is undoubtedly Olivier’s year.

Your interest in music started from a really young age thanks to your family — you even shared on Twitter your dad would make you mixtapes with handwritten notes. Can you tell us a bit about your upbringing and your first interactions with music?

My dad would make me playlists full of class R&B and put them on a CD along with a little note written in sharpie… It was exciting because I didn’t know what I going to get each time. There was always music playing through the house. I recently watched some home videos of me and my brother dancing in the living room and me dancing every chance I could get as a toddler and I’m so impressed with the songs I was hearing. My parents have great taste.

You were born and raised in North London but had your big break in the US. What do you feel the US offers that’s so enticing for new artists?

I don’t feel I had a big break in the US, I think it just so happened that the individuals I worked with moved to one place, so I did too.

Right! I understand there was a moment where you moved out to LA to pursue music and ended up quitting altogether and working a 9 to 5. Do you mind sharing that story and what it meant to you at that time?

I was very young and knew nothing about the industry or how things work. I was introduced to and started working with a notable producer pretty much immediately. He was great and wanted to build a superstar but despite my age, I simply felt like it wasn’t the right time for me. As exciting as it was, I remember saying I felt I needed some life experience first. I wanted to take my time so I stepped back, had patience and six years later I’m in the right place working with my favourite people. 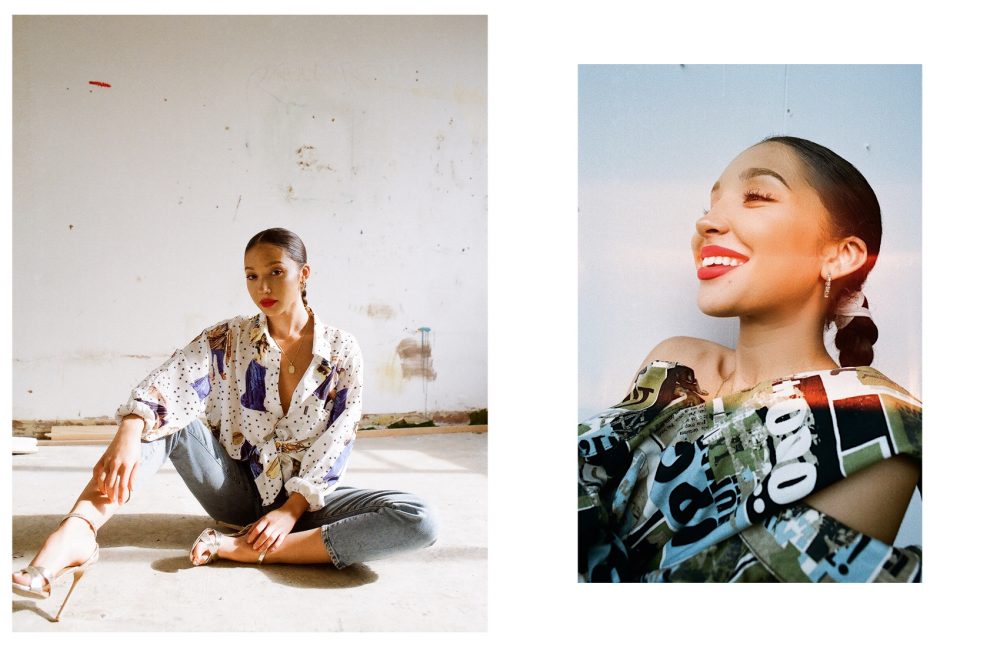 How would you describe the R&B scene in the UK? Do you see yourself ever leaving London for good?

I feel the R&B scene in the UK is very strong… I don’t see myself ever leaving London fully. There’s no place like it and the people are the best…

You’ve been compared to Sade and Aaliyah, which are undoubtedly compliments. But do you like comparisons as a whole?

They are incredible compliments but when I first started hearing the Aaliyah comments I felt slightly uncomfortable because she’s so highly favoured and is still so relevant today. I never had the intention to sound that way, I feel the production was the main reason people made that claim, I just don’t think they realise it! As for Sade, I know that’s based on looks alone. Our sounds just aren’t the same but nevertheless… The best compliment ever!

What musicians or artists would you say have influenced you the most?

I remember the first albums I owned as a little girl were mostly female. JoJo had a huge influence on me, I was and still am in awe of her. Beyoncé’s Dangerously in Love album played a part in my wanting to sing. I would play the album on repeat on my little stereo — “Signs” was my favourite song then and I still play it daily now. Lastly, the Cassie album was pretty relevant to me at that time… I’m also a Ryan Leslie fan so as I grew and learned he was heavily involved, it made a lot of sense why I gravitated towards it as a kid.

You’ve also been signalled by various outlets as “one to watch.” Do you feel any pressure from labels like that?

I appreciate people recognising me as “one to watch,” that’s so kind! Although I don’t let it pressure me. Music is supposed to be fun, it’s an outlet. I had no idea my work would take off the way it did because I was simply having fun and seeing how it went. Saying that, the bar has been set now so I do feel I can’t be as nonchalant about it as before but I’m excited. This is a new journey for me.

Your self-titled EP and Bad Boy have relationships and love as the main conductors, even if not sugarcoated. Where do you look for inspiration when writing? Can you give us an insight into your songwriting process?

My EP was based off glimpses into my diary. I look back on it now and feel I was quite shy. I didn’t want to give too much away. As for my writing process, it’s changed now but I would usually let the production guide me to a feeling, which would tell me who or what the song was going to be about.

Sonically, Bad Boy is slightly different from your last EP, would you agree?

I would agree that Bad Boy is different to the rest of my work, which is ironic because it was actually recorded in 2016 and put on pause until my manager pulled it back up a few years later. Timing is important… 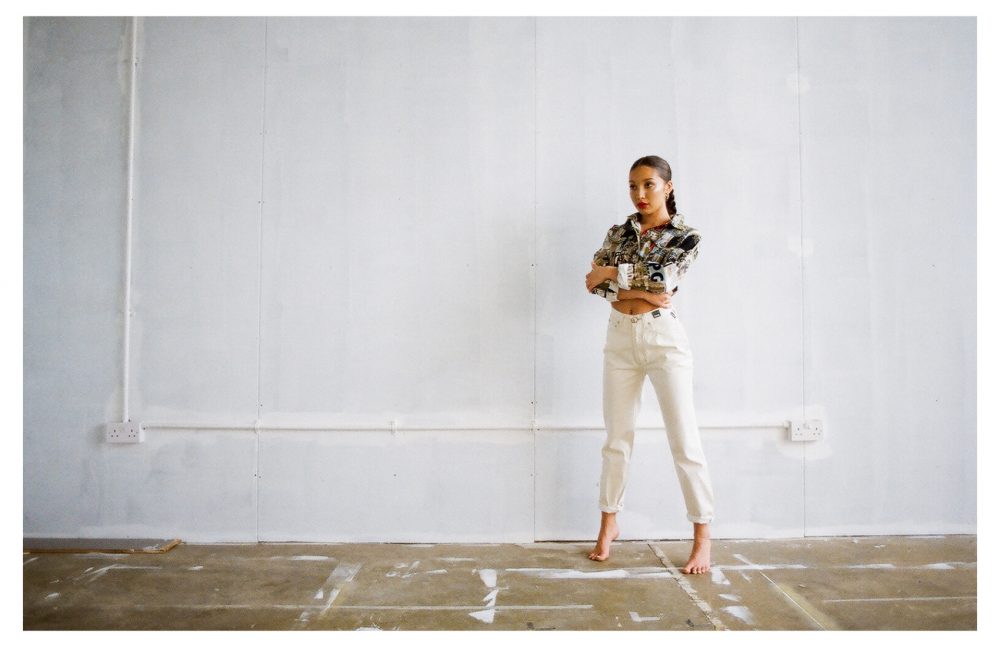 Bad Boy is a standalone single as of now. Will it be part of a bigger project, say an album or EP? Or are you working on any other projects at the moment?

Bad Boy won’t be part of a bigger project but it’s definitely a warm-up of what’s to come. I’m currently working on a project as we speak and already have plans for another — plus songs in-between. I’ll have plenty for you to listen to this year…

You work closely and regularly with Sonder, especially Brent Faiyaz, and also artists like Masego on the production side. Are you looking to expand those collaborations to actual “feats”?

You sold out your first headline show in October at Camden Assembly. How did that feel?

The week that I found out I sold out my show, I didn’t really understand… I thought it was hilarious because it almost went from me not really knowing if people would like my work to selling out a show and having my big head on a billboard quite quickly. It was very surreal [and] very emotional because I got to see those who support me in person. They are so warm and genuine.

2018 was an amazing year for you. Looking back, what would you say has been your proudest moment?

2018 was actually a crazy year. I would say other than the recognition from the bigger guys, my proudest moment was seeing my four best friends in the middle of the crowd singing every word at the show along with my family… We’ve been talking about that moment for years and it actually happened.

It’s good to look back but perhaps even better to look forward, what are you most excited for the rest of 2019?

I would have to say I’m excited about the amount of work I’m about to be doing, the new people I’m working with, a lot more shows, visuals and just overall levelling up!

‘Bad Boy’ is out now. Listen to it here.