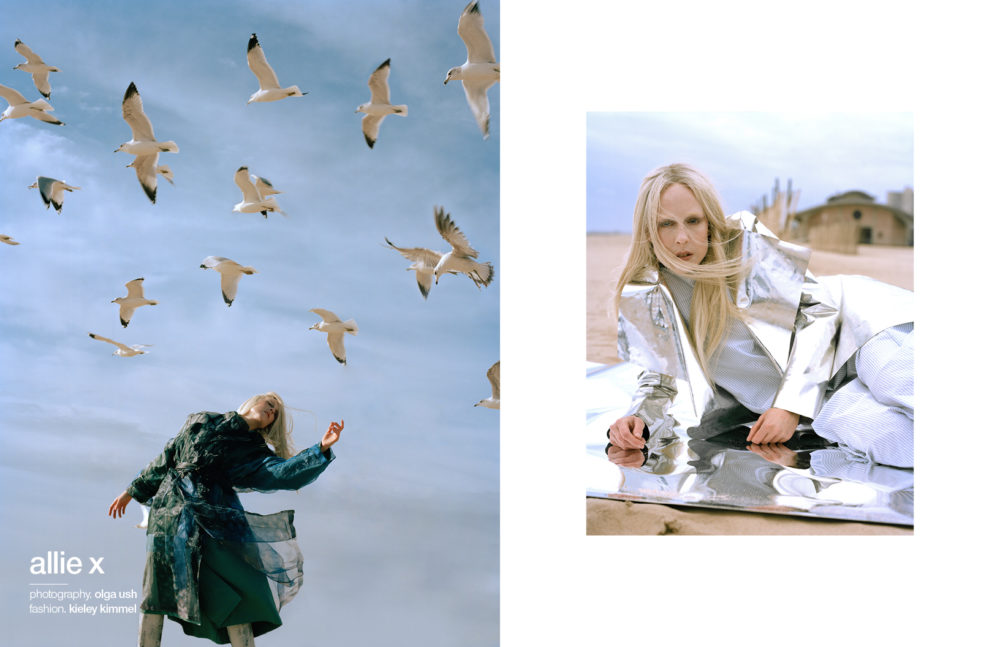 We’re off to the mysterious world of Cape God and Canadian musician Allie X is our not-so-intrepid guide. Allie X, whose real name is Alexandra Ashley Hughes, takes pop music tropes and turns them on their head, producing a body of work rich in both experimentation and radio-playability. Complementing this one-of-a-kind style are her visuals — a parallel world existing alongside everything the Los Angeles-based musician produces.

Her next album, Cape God, released on February 21 on Twin Music, takes this world-building to its fullest extent, placing the artist in a landscape of youthful fear and confusion. By the end, Allie X emerges with a newfound appreciation for what got her there — and wherever she’s headed next. To explore Cape God further, Schön! chatted with Allie about the upcoming album and the work that preceded it.

Cape God is your first LP since 2017. When did you realise you had completed the album, and what was that experience like?

I realised early in the making of this music that it was an album, if that makes sense. On a writing trip to Sweden, three songs emerged in three days that had a distinct sound. It was very magical, and I felt certain, even though I was only just starting to release Super Sunset, my last EP, that it was a body of work in the making. From start to completion the whole thing took about a year to make, and that was working intermittently – three main trips to Stockholm and some demo writing in LA. In terms of studio time, this may have been the shortest time I ever spent in-studio.

Your previous works were accompanied by multimedia elements, including stems, a comic and more. What inspired you to release in that way?

I guess I feel like I’m not easily understood just through song, so I want to show people the full picture. I always like to contrast visuals and sonics in a way that creates tension, curiosity, and beauty.

With your visuals, was taking a hands-on approach important to you from the beginning? Why?

Yes. Because no one understands me better than me. In my early days of being an artist I tried working with different photographers and producers, trusting them to create something that represented me, but it never felt right. It wasn’t until I learned how to make technical creative choices myself — e.g. picking a snare sound, understanding how to program a Prophet [synthesiser], what kind of silhouette looked good, what kind of lighting I wanted, what font was best, etc. etc. etc.! that I was able to create something that I was proud of.

Your last EP, Super Sunset, saw you create several characters. Do these characters remain in any way on Cape God, and if so, how does their presence influence the record?

The short answer is: no, they do not. But in an abstract way they do, I suppose. In terms of chronology, Super Sunset takes place after Cape God. Cape God is a record set in my past, whereas Super Sunset was written about my recent years in LA. That said, Cape God is written with the mature and sympathetic gaze of my present self. And my present self has lived through the experiences in LA. Blah blah blah, haha. 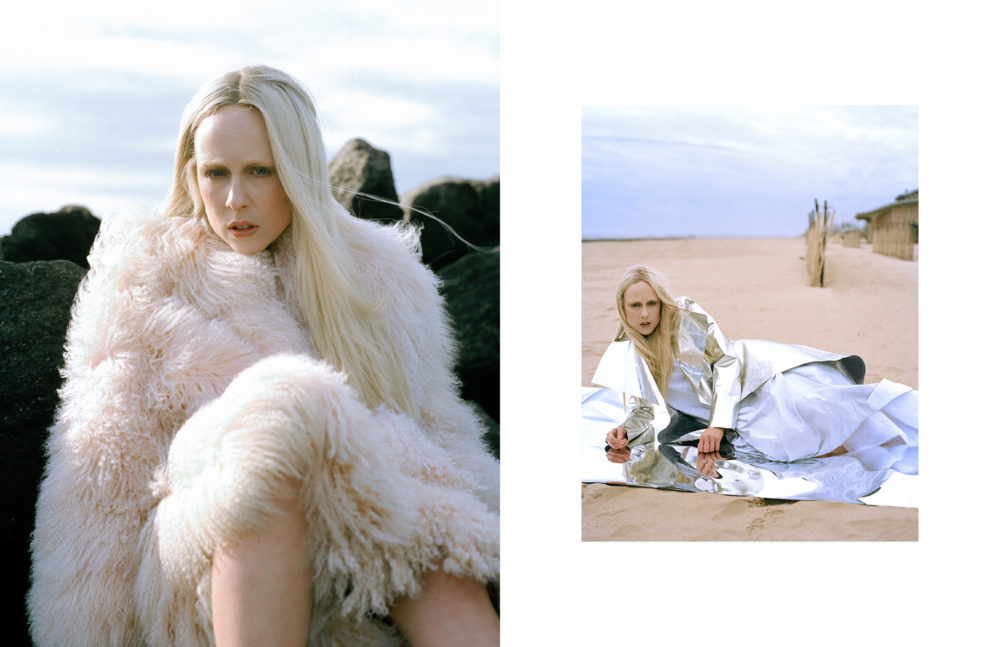 Conceptually, is Cape God a personal place or a shared experience?

Cape God is more personal and intimate than any body of work I’ve released before. For whatever reason, I was finally able to put into words stuff that I couldn’t before. That said, it’s not a literal story of my teenage years. I’ve created a place that doesn’t exist called Cape God and placed myself there to go through the feeling I experienced in a poetic way. Names are changed, landscapes expanded, experiences stretched, etc. But it’s all very revealing and real.

Cape God‘s visual aesthetic is a lot darker than your previous efforts. What was the process of building this visual world for the album?

It was pretty simple, I was influenced by a documentary called Heroin: Cape Cod, USA and the photography of Gregory Crewdson, plus all my own imaginings of how I would look in this place I created. I wanted it to feel like a gothic Americana lost school girl. I have worked with a lot of great photographers but knew I needed someone special for this and that it wouldn’t be shot in a studio environment. I asked 25-year-old Portland-based photographer Brendon Burton to shoot me. His process, since he was a teenager, is to drive around America, exploring ghost towns and finding abandoned and derelict environments to shoot. He has an incredible eye for liminal space, which is exactly what I wanted to feel when looking at these images. I should also give credit to my hairstylist Timothy Aylward, Makeup Artists Lipstick Queers and my stylist Kieley Kimmel who helped me bring my look to life.

On the album, you’re collaborating with artists like Troye Sivan and Mitski. How does your writing process change when you’re working with another artist?

I don’t go as deep into my feelings. It’s more about energy exchange and flow. That’s the biggest difference.

Who’s someone who helped you during this album-making process, and how did they help?

No question it was Oscar Görres, the producer of this record. He believed in me and invested his time and creativity in me, which in and of itself was hugely encouraging. Oscar is one of the best if not the best producer I have worked with thus far, and knowing that he thought we could do something special together gave me energy and inspiration. It was so easy working with him. I have never had the experience of completely trusting a producer before. I’ve always wanted to do additional production or rework songs before releasing, but with Oscar, the sound was exactly what I wanted every time. I’m so grateful and so proud of what we did. 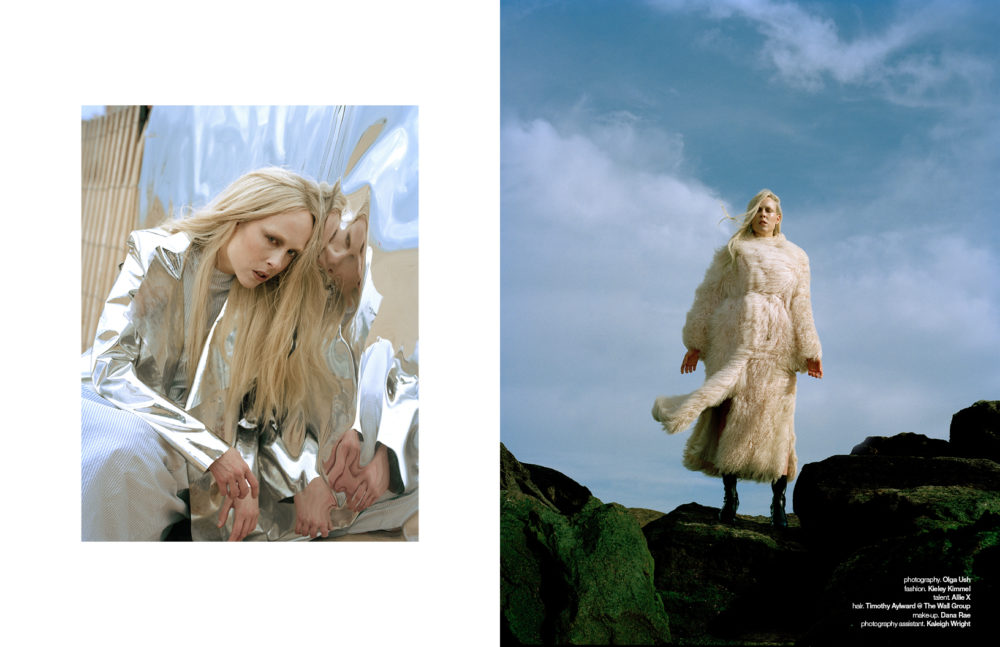 Returning to your last EP, your anxieties about Los Angeles were a theme on Super Sunset. Was that a cathartic experience, recording all of that? And how does it shape how you view L.A. today?

Yas, it certainly was! Very cathartic but also very therapeutic. I do feel that by putting all of that out into the world for anyone to hear I was able to move past it a bit. I also finished that record cycle by moving out of Hollywood, which, as funny as it sounds, was hugely healing. I feel much better about LA now, but know that I won’t be here permanently.

While on tour, do you have any pre-show rituals? What are they?

Pre-show is don’t eat too much, ‘cause I don’t want to burp on stage while I’m jumping around like a maniac — lol — and spending a long time doing my own hair and makeup. I really enjoy doing that while on tour. I like to drink a cup of tea and listen to Sheryl Crow as well.

What’s your most memorable tour experience as of late?

Meeting so many European fans! I didn’t realise so many existed. I also loved touring with Marina. It was a fantastic group of people who made us feel so welcome and taken care of, which isn’t always the case on a support slot.