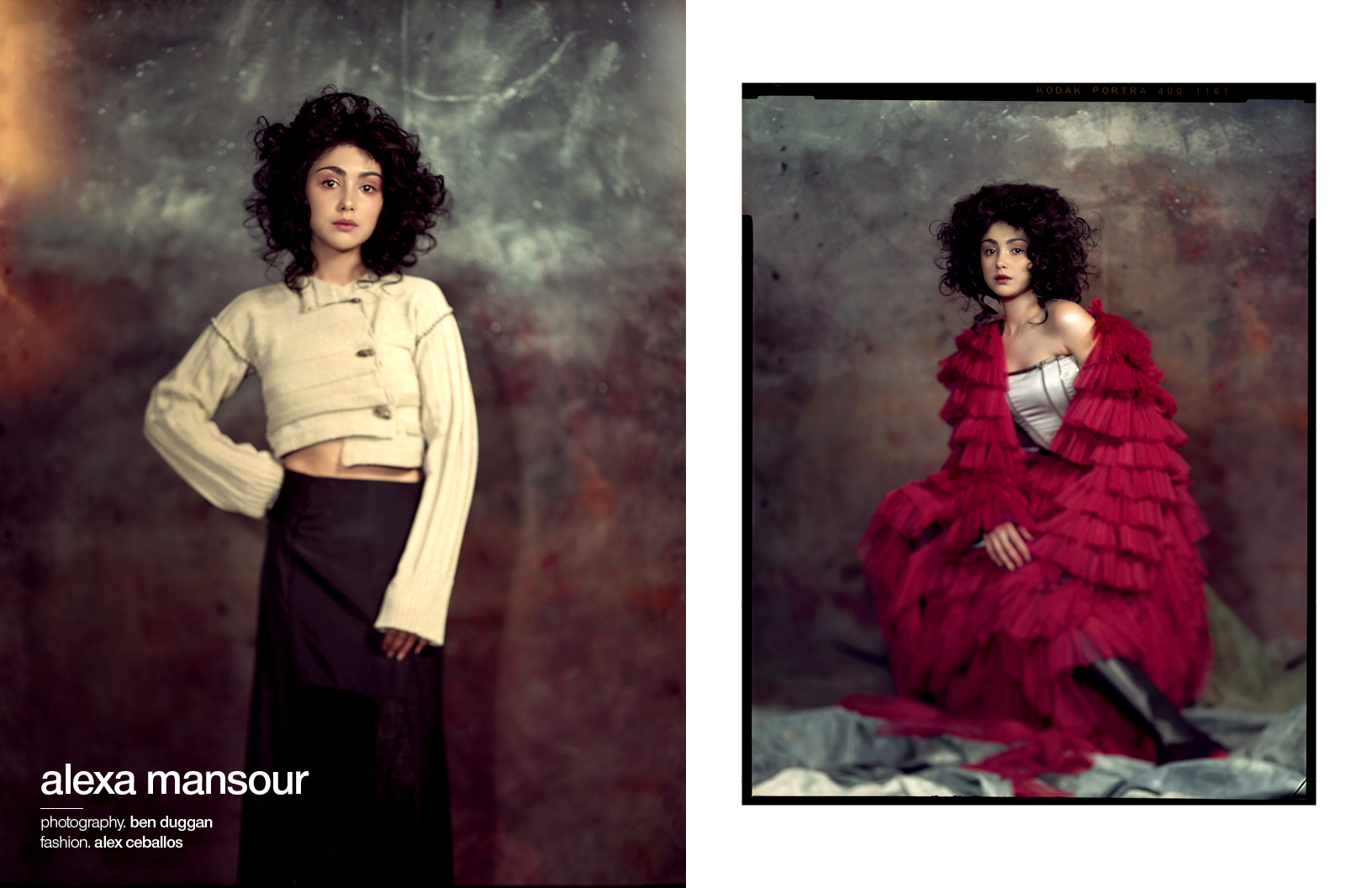 Before taking her breakout role in The Walking Dead: World Beyond, it was almost difficult to imagine such a kind and gentle actress like Alexa Mansour playing in the zombie apocalypse drama. Now, having gone deep into the mind of her on-screen character Hope, she’s managed to both show all the hidden traits of her character and showcase her undoubtable talent and professionalism. But acting is not the only creative commitment of 25-year-old Mansour; together with her full-time acting work, she’s currently launching her music career. Schön joins Mansour to discuss her career, childhood, experience working on The Walking Dead: World Beyond and so much more.

Your mum worked in show business, which gave you a taste of the industry from a young age. How did you envision your acting career in your childhood, and how does that vision compare to your present reality?

I knew I wanted to be an actress from a young age. I started lessons when I was around 12 years old. I would always tell my mom I wanted “the world to know me”. I definitely didn’t envision myself being a part of a reality show like my mom’s (or reality TV in general), but I’m very grateful for all the exposure I got through it. I think that 12 year old Alexa would think 25 year old Alexa is pretty darn cool. So many things are happening that I always dreamt of.

What is your favourite genre to work on and why? Are there any genres you wish you worked in more?

As of right now, my favourite genre to work on is drama. I love how uncomfortable it can make me feel; having to be vulnerable is something that’s hard to do alone, let alone in front of a massive cast and crew. It also feels therapeutic in a way. I would love to work more on comedy and thrillers (I know, polar opposites). Comedy makes me super nervous because I’ve never thought of myself as a “funny” person, and I would love to get more confident in that area. 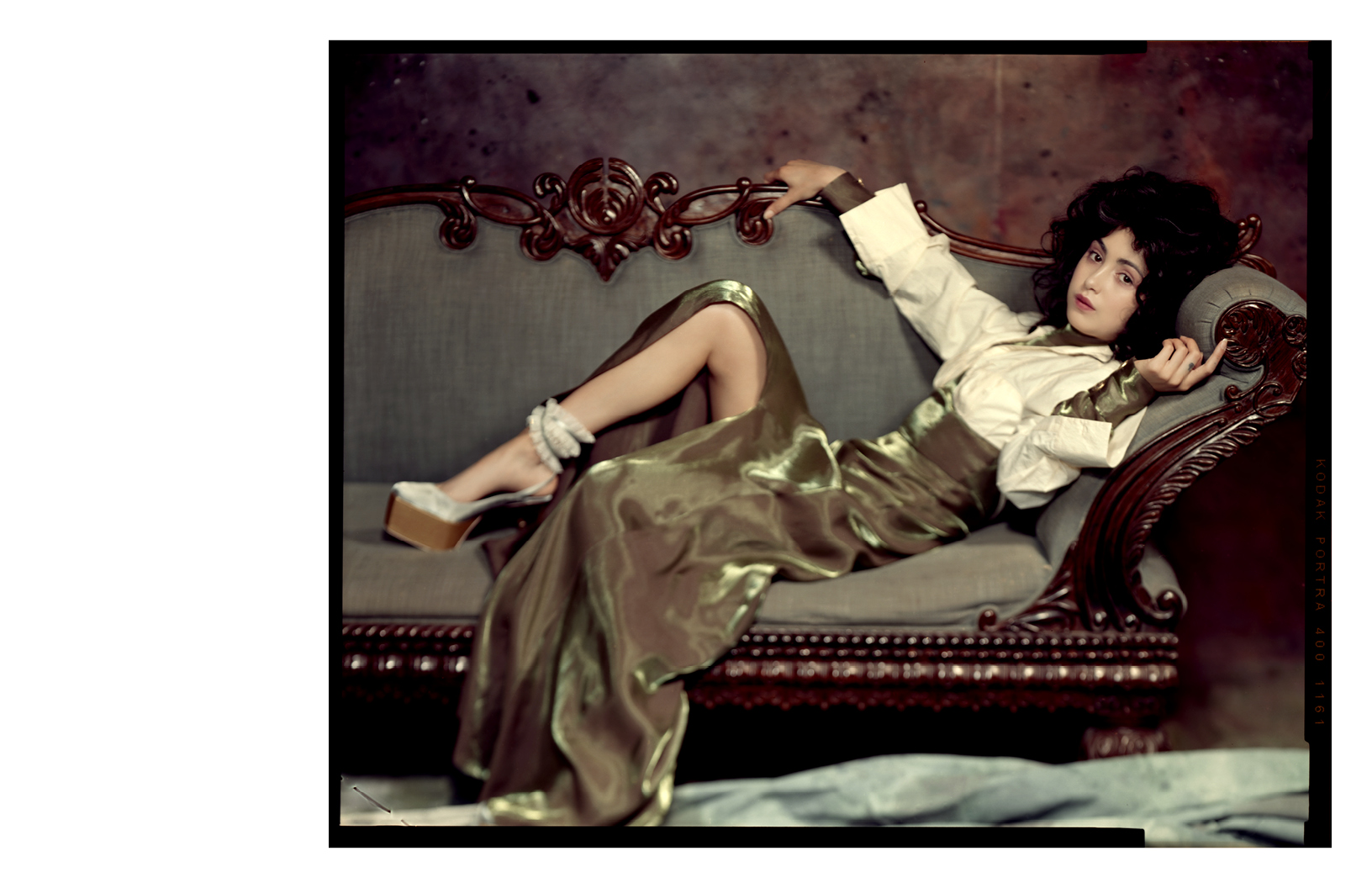 What has been inspiring you recently?

A lot. I feel like I’ve been learning a lot about myself lately. So much has happened in the last year; lots of ups and downs and seeing people’s true colours. I spent a month in England surrounded by so many incredibly talented souls — that inspired me so much to get back into writing music. You can expect lots of sad songs coming up!

Let’s talk about The Walking Dead: World Beyond. How did you feel when you landed the role? What were you most excited or scared about?

I landed the role July 3rd 2019. I was half asleep when I got the call. I started crying; I was at such a low point in my life and was beyond ready to give up on acting. Getting that phone call reaffirmed that this is what I’m meant to be doing. I had never been a main character in anything so I was pretty scared about the pressures that came along with that, especially since The Walking Dead already had such a massive fanbase. That fear quickly turned into excitement when I saw how welcoming everyone was.

Did you have any specific preparation for this role, both as an actor and as a person? Anything unexpected?

I always feel kind of weird when people ask me about my “prep” as an actor because, if I’m being 100% honest, I don’t have anything special that I do to get into character. The only thing I did that was kind of out there was run 6 miles every morning before work. I would put my script on the treadmill and read my lines over and over. That’s how I would memorise my lines. I still do that, but now I tape my lines to the wall and jump rope while I read them over and over. It’s pretty crazy how fast I’m able to get off book by doing this.

Your character, Hope, is very versatile, and she learns more about herself in every scene. Was there anything you felt very touched or fascinated by when playing her?

I felt a deep connection to the way that she will keep her darkest secrets to herself if she thinks they’ll hurt anyone else. I’ve always been the kind of person that won’t say anything if I believe it’ll run the risk of negatively affecting anyone else. You can see what a toll this takes on Hope; she feels so guilty for so much but knows that if she opens up, it’ll just push those around her away from her. Hope is so strong, and the way she finally opened up to Elton and Iris in season one inspired me to be more vocal about what I go through. 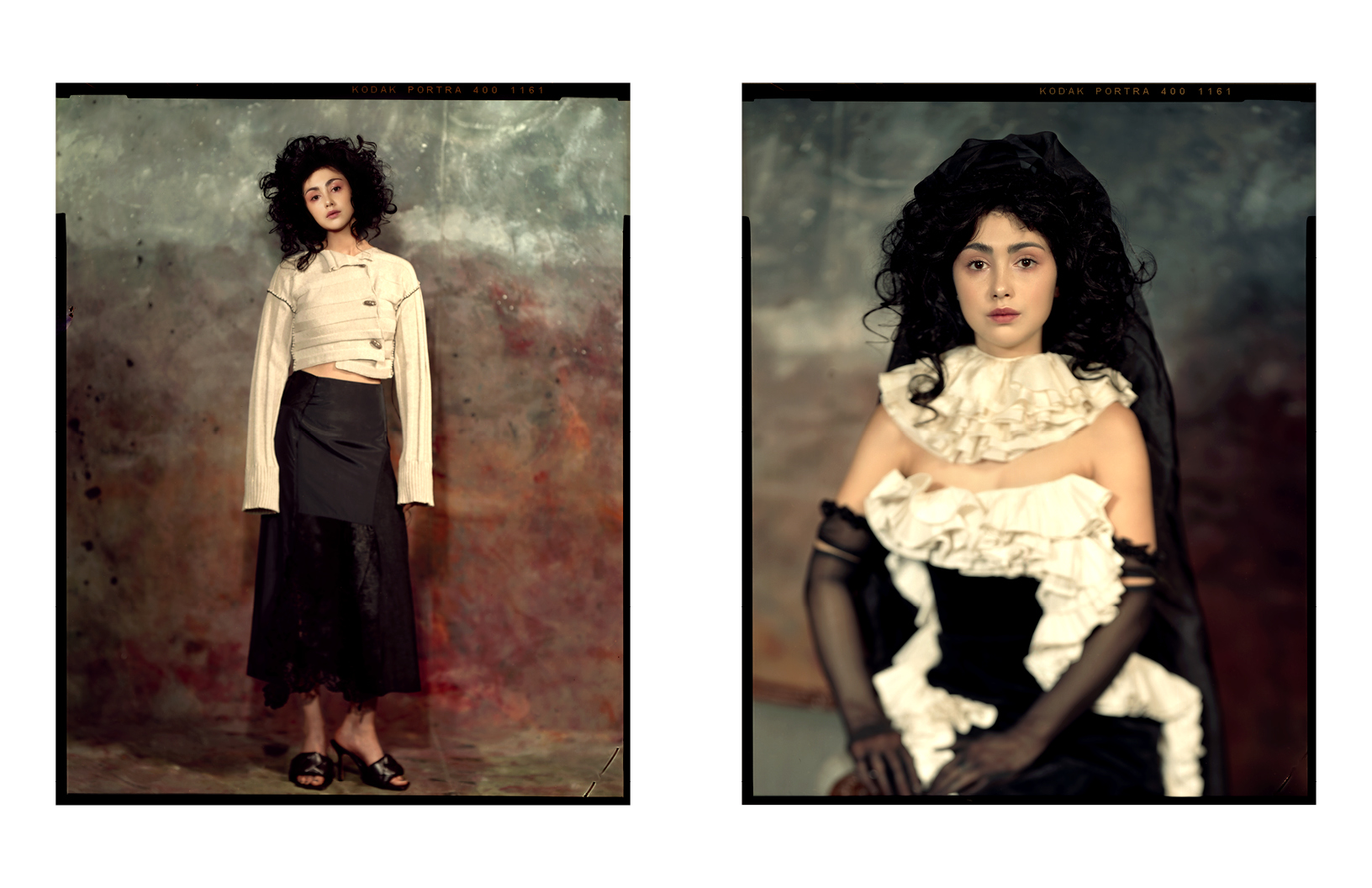 Tell us a bit about the stunts and fights of the show. What was the preparation process, and what did the training teach you?

We had a lot of stunt training. Each session was tailored to whatever stunt we had coming up next, anywhere from 1-5 hours of training either alone or with cast members. At first it felt kinda silly — I felt like I looked really stupid waving the S-pole around, but the more practice I had, the more badass I felt. The training taught me to trust the process; anything new is going to feel weird at first, but if you put your all into something, there’s no reason you won’t be able to get good at whatever that is.

How did it feel working in an environment filled with such horror? Did it have any impact on your psyche, or on you as an actor?

I love horror. I’m fascinated by it. I had been going to Halloween Horror Nights at Universal Studios since I was 13 years old and loved the rush I got from it. I’m pretty good at separating reality from make believe, so no, the horror of it all hardly ever had a negative effect on me. The only thing that would leave me feeling a bit off was doing a really emotional scene. I tend to pull from actual life experiences, and it can get hard to just turn off those feelings when they call ‘cut’. I’ve gotten better at leaving my emotions on the set and moving on after the scene is finished.

What did you love about working on this series specifically as opposed to other projects you’ve worked on?

Before TWDWB I had only done one or two episodes max on any show, or been a small part in a movie. This series in particular felt like I had another family. I love everyone on this show with every inch of my being. Another thing I loved was how diverse this show was; there were so many layers. I think that everyone can find something in our series that they relate to on some level. 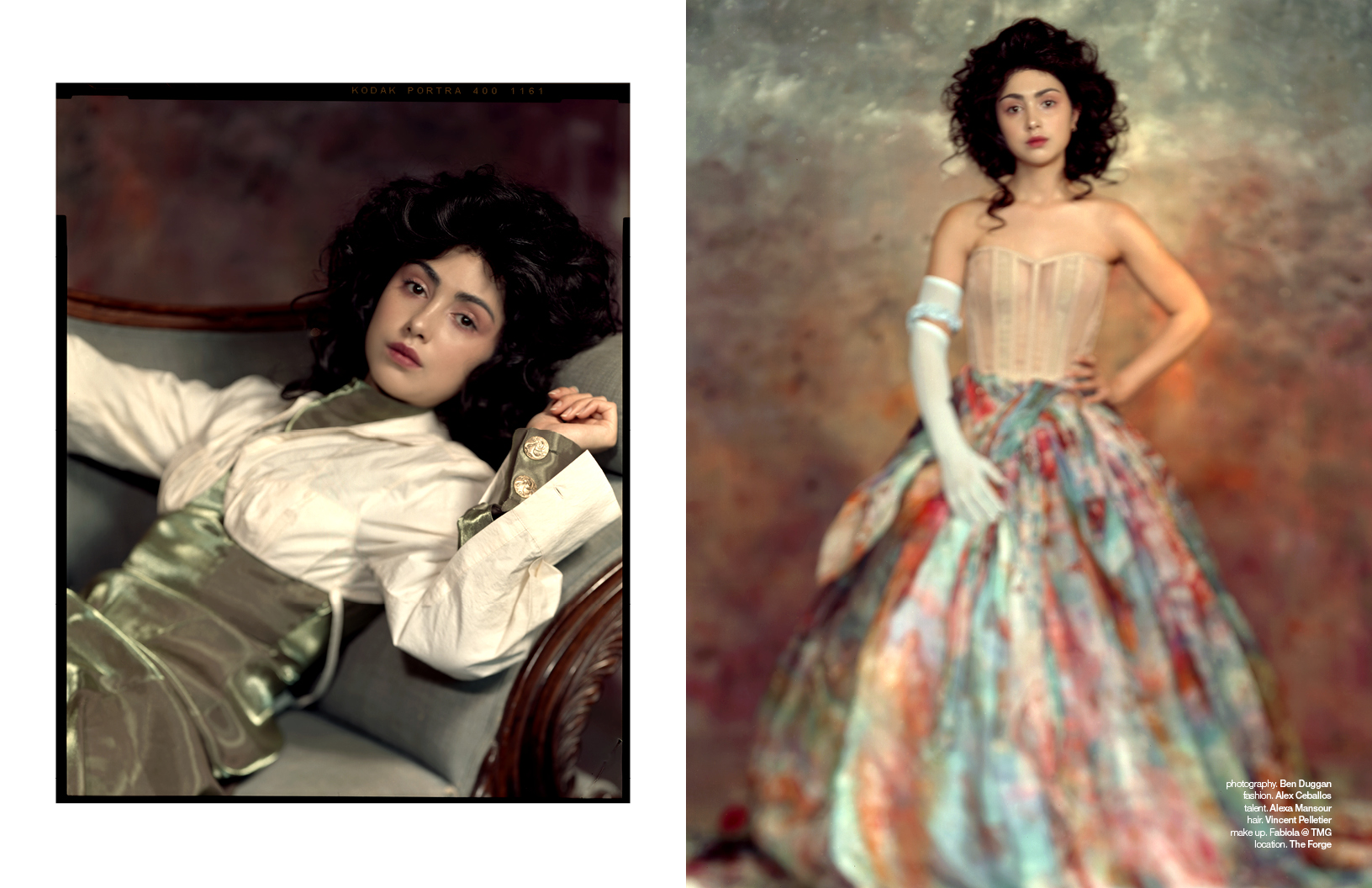 You have been working on this series for two seasons now, which means you definitely had a lot of interesting moments with the cast and crew. Do you have any favourite off-camera moments?

Nico Tortorella would randomly start making bird noises when the cameras weren’t rolling. People don’t realise how loud Nico can be; they made it known that they were always around. I miss those bird noises so much.

Tell us a little about your music — when did you start writing/singing, and what’s next for you in that space?

I started writing music when I was around 13, but I didn’t write anything “decent” until I turned about 17. I struggled with bullying, terrible self-esteem and giving too much of myself to people who don’t deserve it. Writing music has always been my biggest outlet; I initially started acting so I could gain some traction which would in turn lead people to listen to my music. However, acting happened a lot quicker. I’ve been writing a lot lately, probably more than ever. I’m hoping to release a full album sometime in 2022.

What’s next for Alexa Mansour?

So, so, so much. I’m so excited for the future. I have a few things coming up that I can’t name right now, but what I can say is that the world is going to be seeing a lot of me very soon. New shows, new music, you name it.

The final episode of The Walking Dead: World Beyond airs 5 December on AMC.