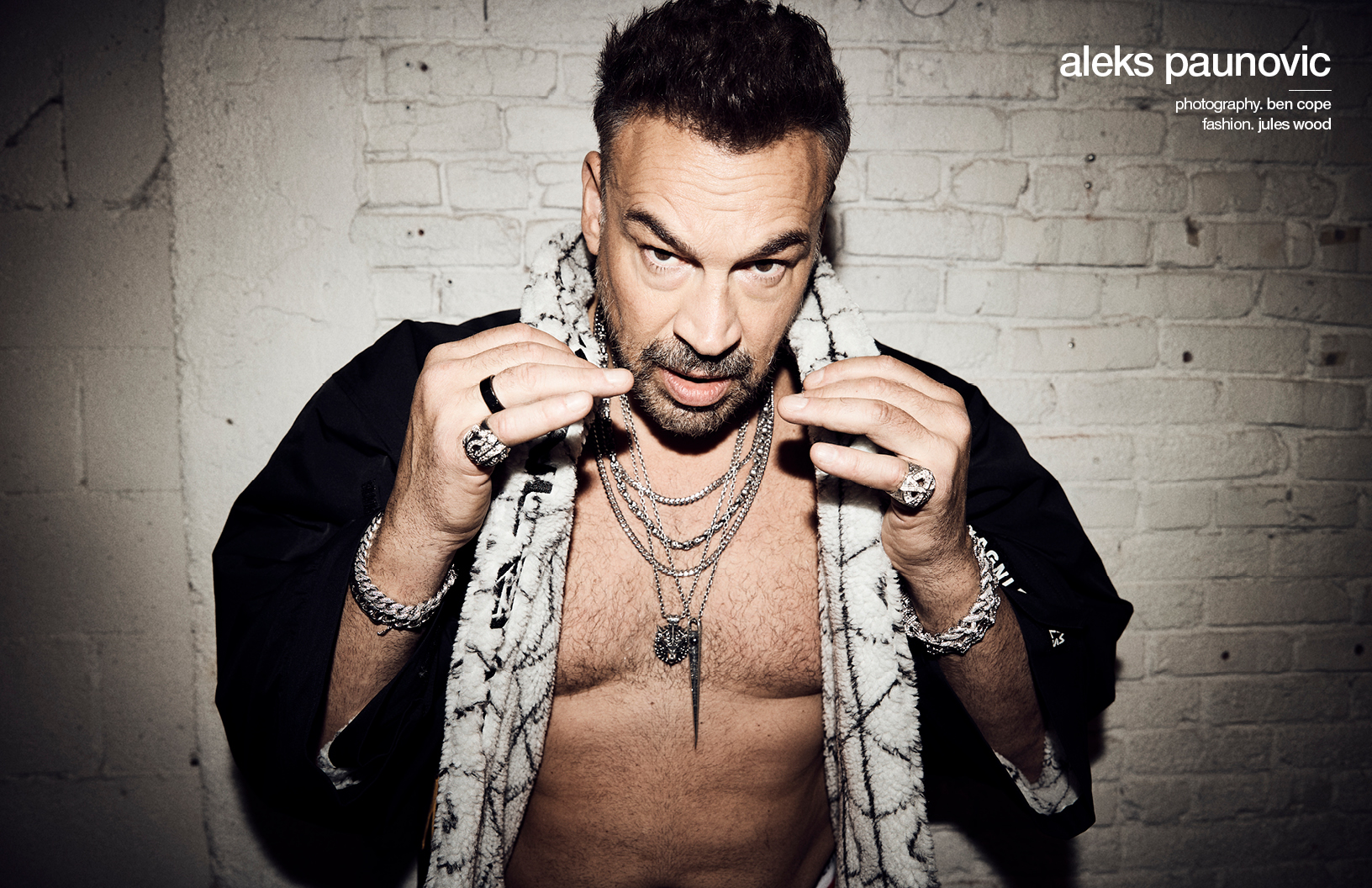 Aleks Paunovic is putting up the good fight. Coming from a career as a boxer and Rock musician, Paunovic got the acting bug after a chance encounter with a casting agent at one of his concerts. Now a star with roles in shows like Snowpiercer and the Disney+ smash hit Hawkeye — and a good samaritan with his work with Canada’s Red Cross/Impact Anti-Bullying Campaign — it’s fair to say that Paunovic’s story might be one of the most interesting and inspiring tales to come out of Hollywood in recent years. Schön! joins the actor on a flight to Antarctica to discuss his success, Hawkeye, what fighting taught him and more.

Hello Aleks! How have you been lately? What’s been keeping you busy?

Hello! Stoked to be having this sit down with you, and I love the magazine! You guys do a killer job. Lately what’s been keeping me busy is the press tour with Hawkeye and a new business venture I’m very excited about. Once we finalise a few things we’ll be doing an announcement, so stay tuned for that. It’s been beautifully busy. Loving every second of it.

Thank you! As you mentioned, our readers can now see you in Hawkeye. Have you always been a superhero fan? What’s your favourite superhero memory?

I don’t think I can say I’ve always been a superhero fan, but my brother Bojan was a huge superhero fan and collected comics since he was seven. I would read them behind his back, because he liked keeping them in mint condition. As the little brother he didn’t trust me — which I get [laughs]. But looking up to my brother even to this day, I secretly loved them because he loved them. One of my faves was Batman, because he was a real dude that did extraordinary things.

What’s a memory from the making of Hawkeye that you cherish?

A great memory is just meeting the Tracksuit Mafia for the first time. Carlos, Piotr and I hit it off like gangbusters! We would hang out, work on our character and hang out more. We really bonded, which is why I think our chemistry on screen is so well-received. Also, working with the Marvel team! Huge fan of the movies and to now be a part of one of the most successful machines in the world is just mind blowing. THE MCU, BABY!

Why should our readers watch Hawkeye right now?

Hawkeye is a Christmas story of one of the most beloved characters in the MCU. He’s a real dude, and a man that just wants a normal life and a normal Christmas with his family… But, he knows he can’t just sit by while something bad is happening. He needs to be there. Best stories are the reluctant heroes. And to see the bow being passed to Kate Bishop is a beautiful touch. And it’s all during the holidays. How can you not love that?? 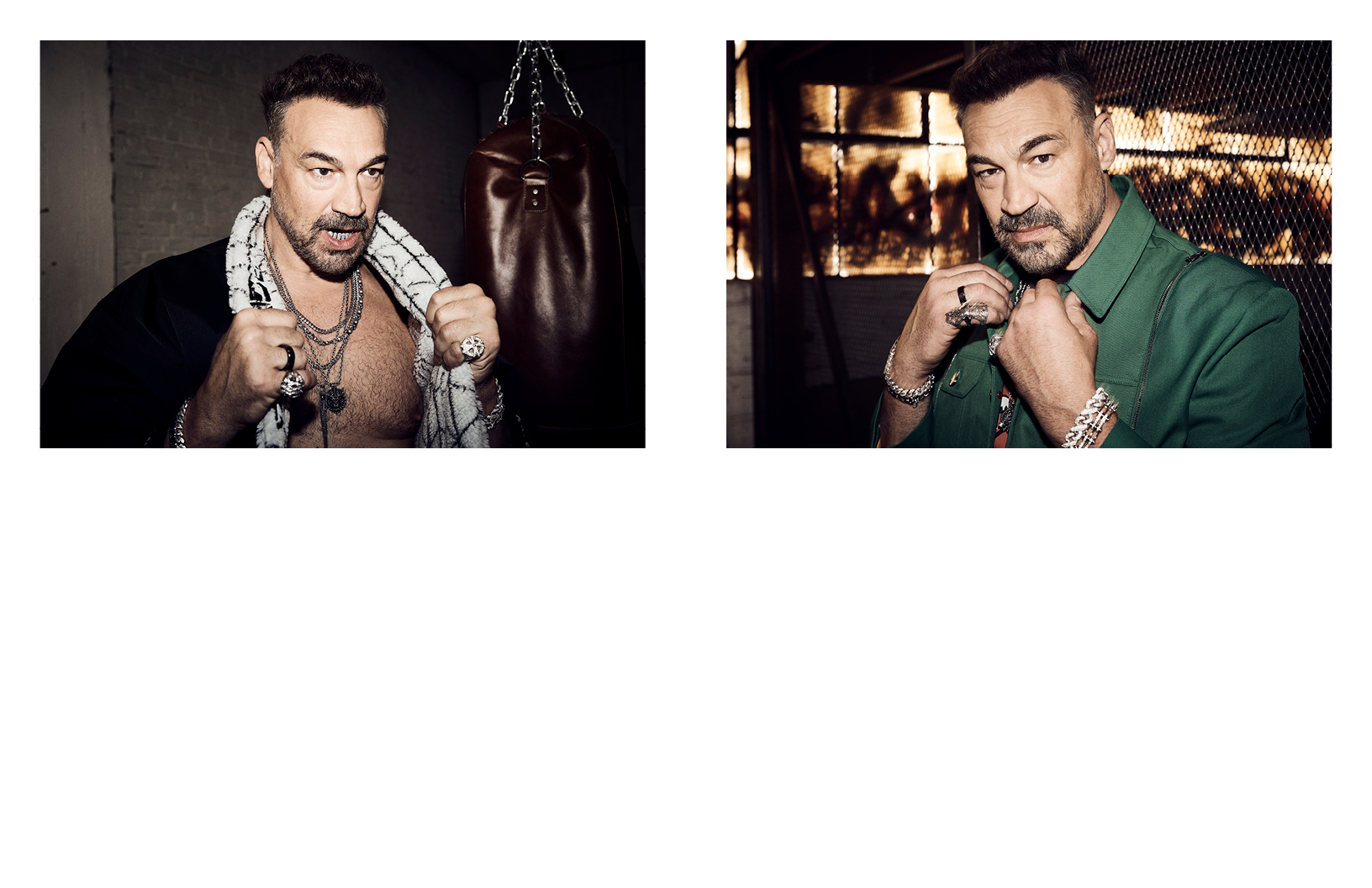 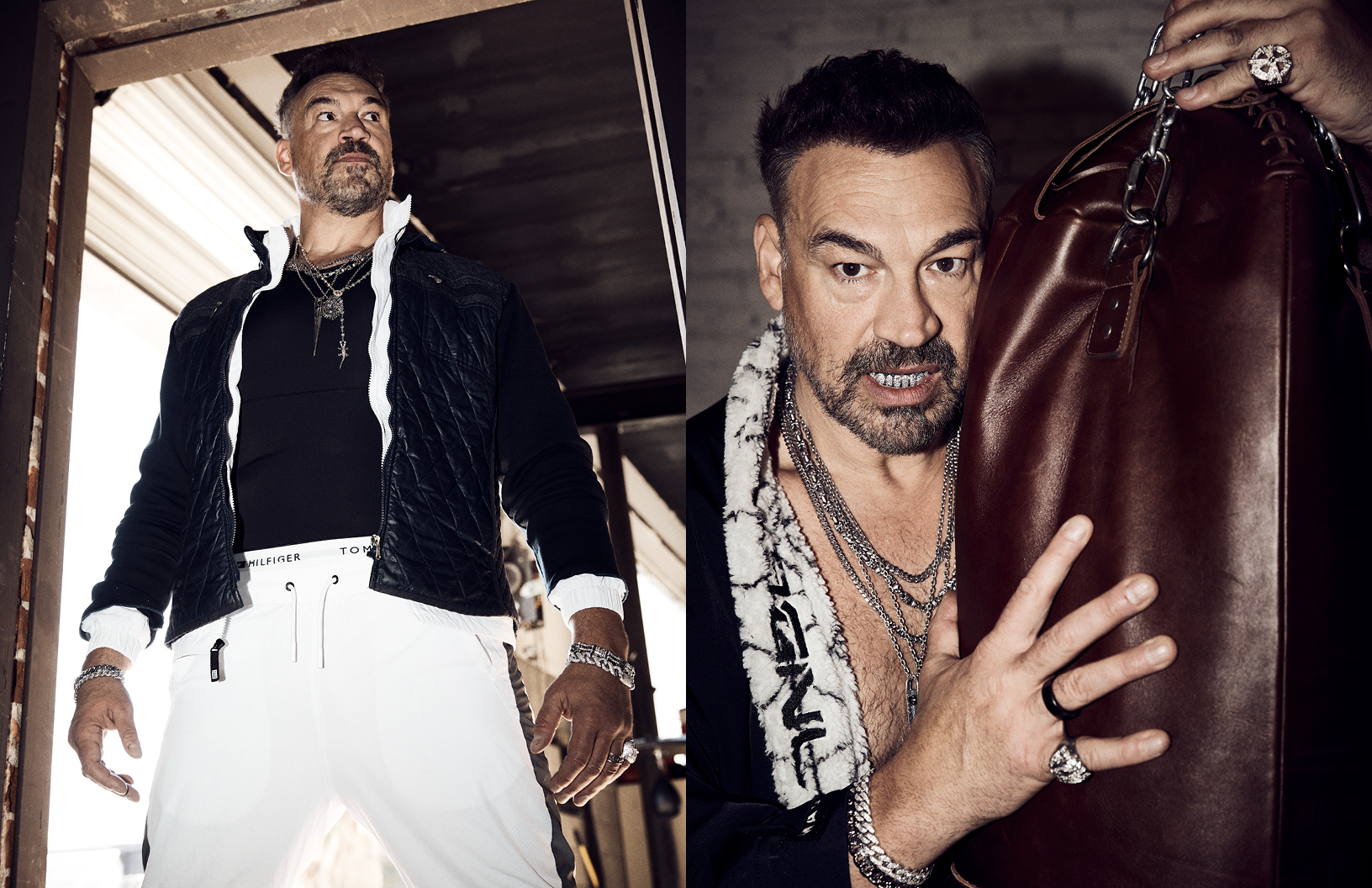 You also have a recurring role on Snowpiercer. What drew you to this series?

I loved the movie. When I heard there was an opportunity to be a part of the series I jumped at it. Showrunner Graeme Mason and Jackie Lind cast me. We really talked about the character.

Actually, I’ve got a scoop for you and the readers right now… check this out: my character, Boki, had a different name on the show. The character was also Polish. I was using an Eastern European accent during the auditions, and the three times I went in to read for the director and producers, I improvised in Serbian when he was supposed to be a Polish character. So when I booked the role I had to tell them, ‘Just so you guys know I improvised in Serbian. But if we can make the charter Serbian instead of Polish, I can keep the improv.’ They agreed on one condition — they wanted a very unique name. Now, my brother’s name is Bojan; when I said that, I felt that they wanted a more unique name… Then I said his nickname is Boki. Graeme loved it — he said that he went to college with a buddy whose last name was Boscovic, and a light went off in my head. The job on the train was a Breachman! So I said, ‘Oh come on Graeme, Breachman Bojan Boki Boscovic? How cool is that name!’ So with Graeme and the Snowpiercer team’s generosity, they let me give tribute to my nationality and my brother. So this role is more than a role to me. It’s an honouring of things that are important to me. I feel very fortunate they let me create Boki in that way.

You were previously a fighter. When you reflect on your fighting career, what memory comes to mind first?

The memory of being a boxer is the earliest memory I have. My grandfather, father and uncle were all champion boxers in the old Yugoslavia. So I was throwing hooks and jabs as the doc was pulling me out [laughs]. It’s a part of my life, and one of the things I did with my dad the most — it was bonding for us. As a small boy, watching fights was such a good memory for me, my pop and I going back and forth yelling at the TV, ‘Uuppercut!’ And I would repeat it just as loud and throw punches at the TV just like him [laughs]. 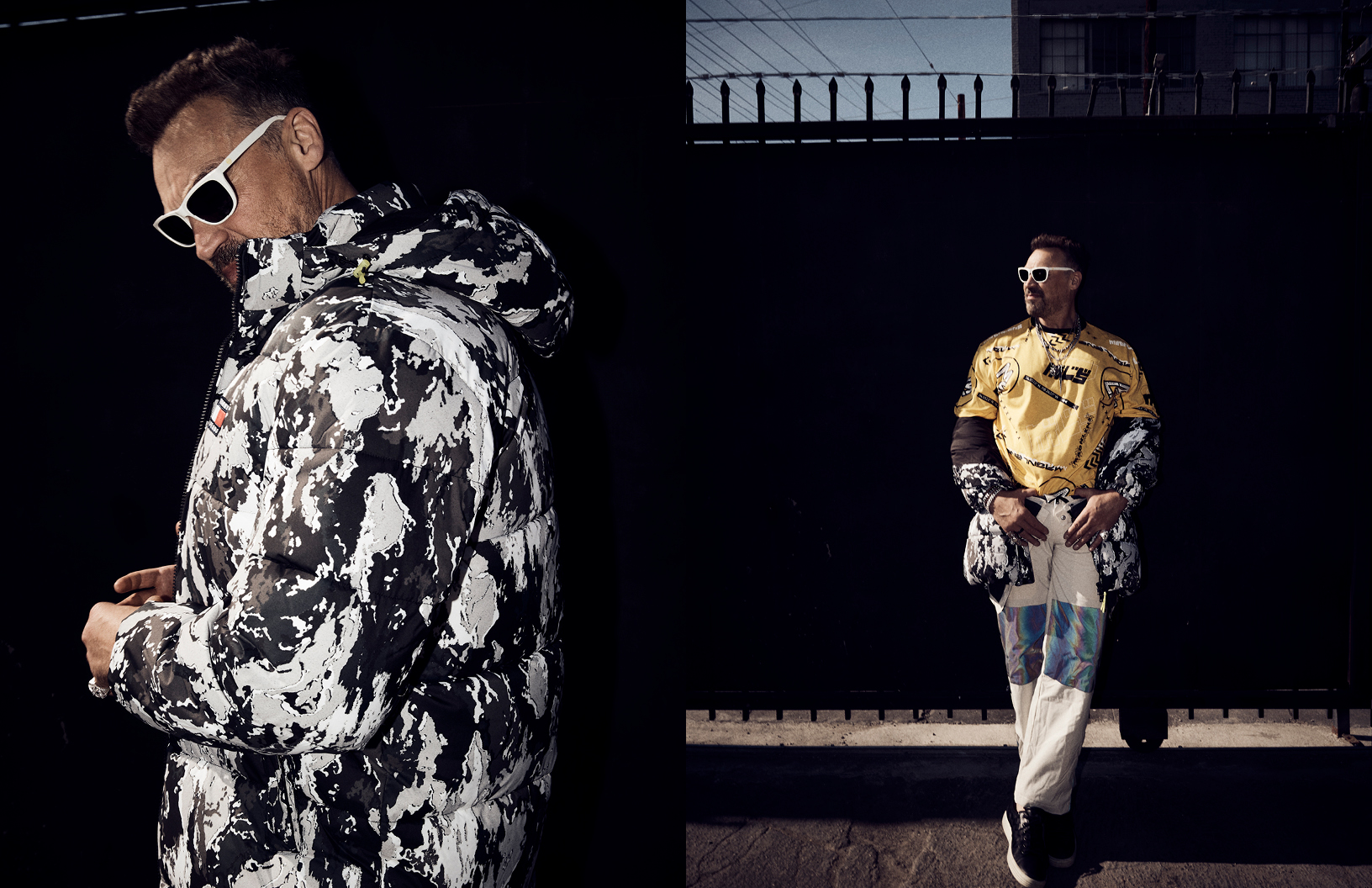 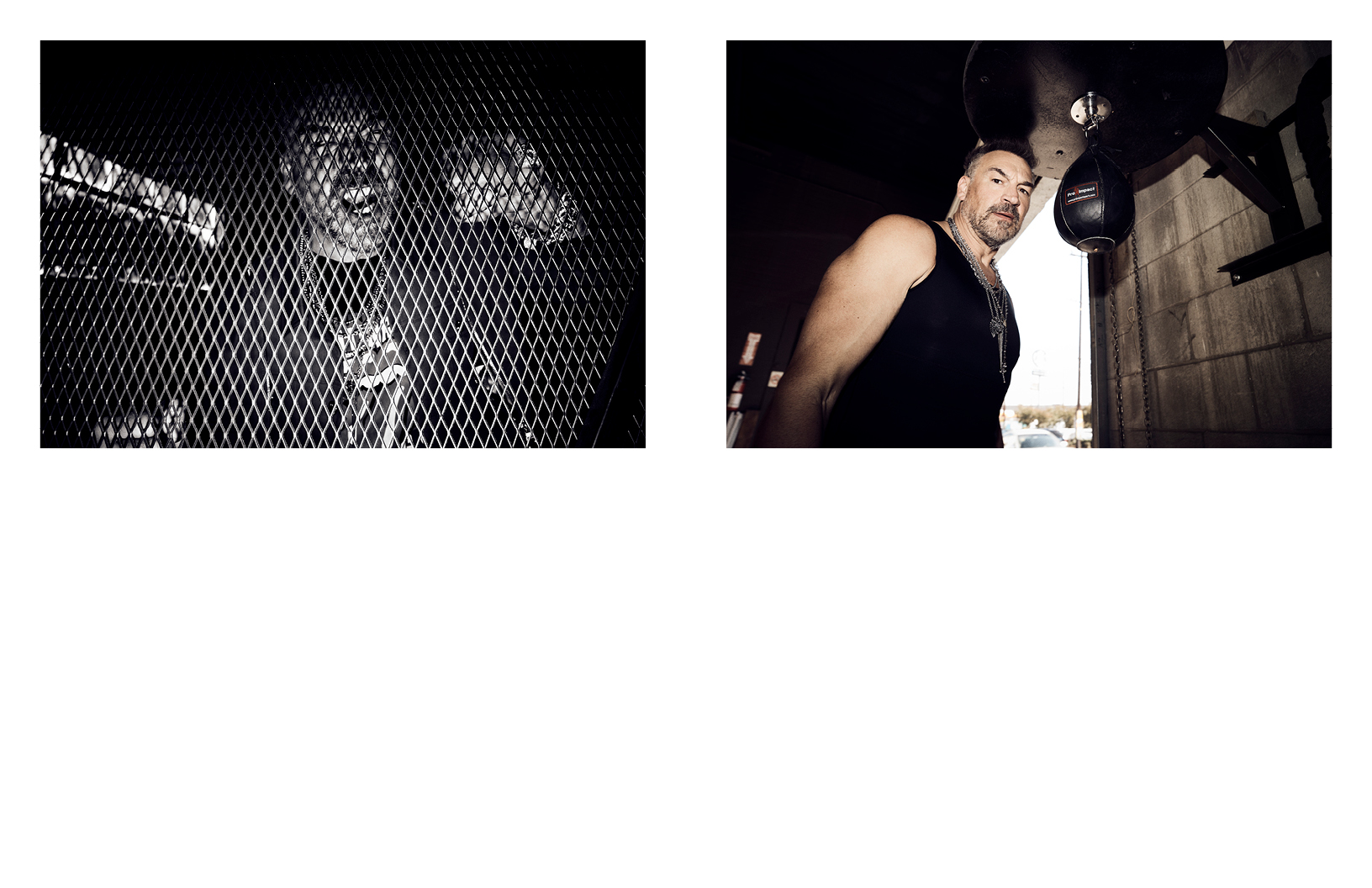 What made you want to transition from fighting to acting?

Well, even though boxing was a huge part of me, I also played bass guitar in a metal band in my hometown of Winnipeg, Canada. The band was called Specula Black (on Spotify and all streaming sites). We toured the country. At one of our gigs, a casting director asked if I would audition for a movie (HBO’s Heads). I’m a fan of just saying yes and figuring it out as I go. I’m all about new experiences. I ended up getting the role and I was bit by the acting bug. I started off doing some stunt actor work, but quickly realised I wanted to tell stories. During my band days playing in Winnipeg, we would finish playing at 2 AM, and then I would go to set and help lug gear and move mats for the stunt coordinator Rick Skene, who became my mentor because he was also a great actor. I just wanted to learn it all as fast as I could, because I was starting acting late — mid 30’s. Wasn’t really thinking past living in Winnipeg and enjoying new experiences. The drive just grew insane within me when I really tasted the set life. Boxing also helped with the pressure on set when it came to keeping things moving. In boxing, the calmer you are, the more creative and productive you are. That was one of the things that helped me in my work as an actor. I remember having fight scenes, and using my boxing abilities really helped with telling the story. There were moments on set where I would have a huge monologue and realised we’d only have 20 min to get the shot in three different angles. The calmness and relaxation boxing gave me helped me in those situations. Plus, I knew in the film industry nobody was actually going to punch me in the face for real. Or at least I hoped [laughs].

You now support anti-bullying campaigns. What does this mean to you?

I’ve been working with the IMPACT Anti-Bullying Campaign for the Red Cross in Canada. Actually Ron D’Errico, President of Impact Securities and I, just presented the Red Cross with a substantial check that we are really proud of. It’s a great partnership. As a kid I was bullied, but at times as I got older, I realised I was the bully at times when I was young. And when you are just trying to find your way, and you have problems at home, you take it out on the vulnerable to take the pain off yourself. My passion is to support and respect the kids who are getting bullied and help them talk about it and have them understand that it’s not okay, and that it’s not about them… It’s also about communicating with the bullies. It’s okay to cry, it’s okay to be hurt — it doesn’t make you weak. So then we can talk about where the anger comes from in a loving way. We can break down those walls. I lived in the space they are living in, and what helped was talking — not just when things are bad, but all the time, when things are good too. To work the muscle in the heart and brain [to tell them that] this is what growing is all about. Just knowing that we are there for them. 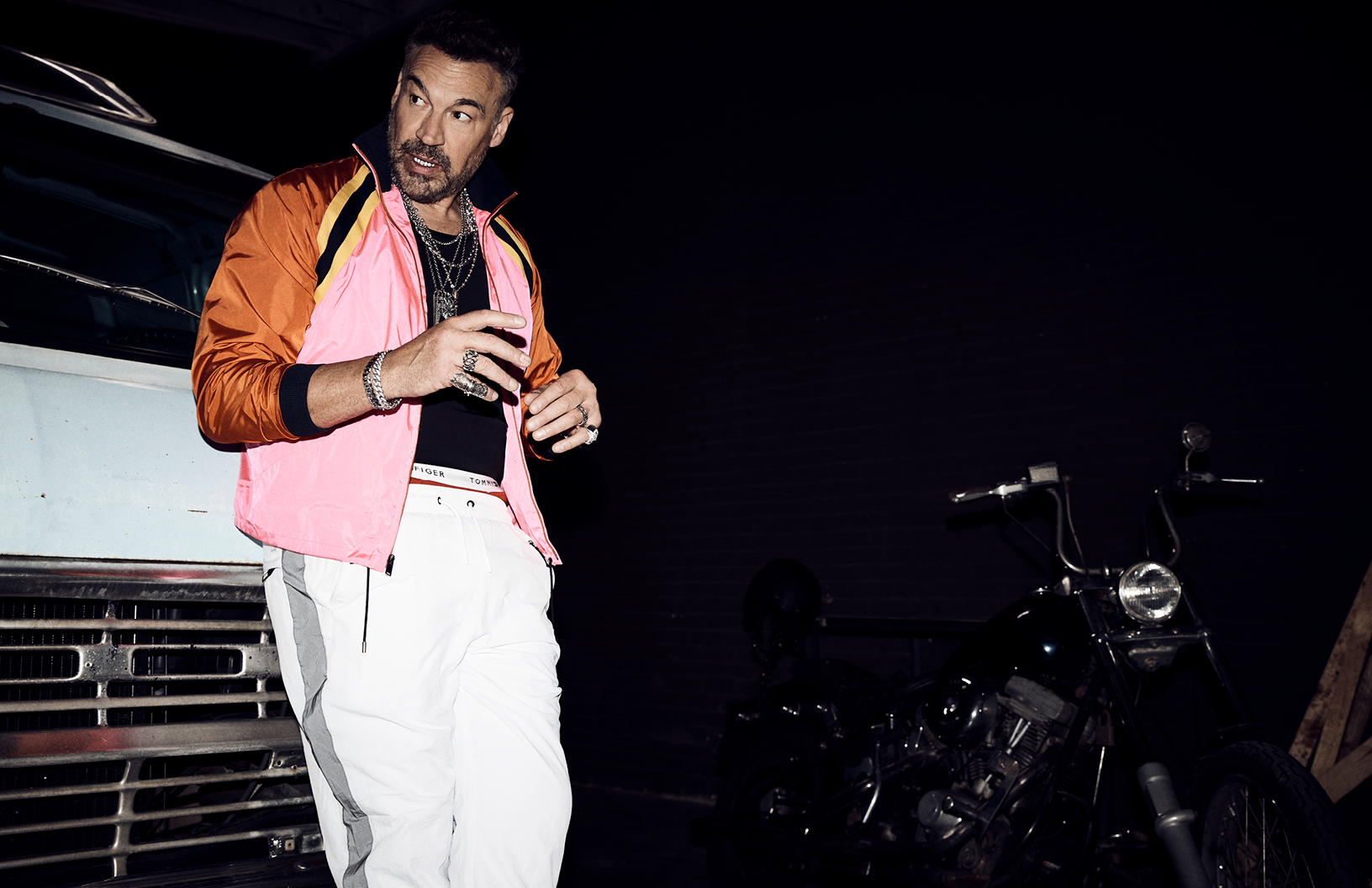 Things that inspire me lately are watching my friends succeed. Oh man, watching good people who work hard not only for their dreams but their families and others around them. Doing things that are hard or some consider impossible and seeing it being done — it makes every dream tangible. My buddy Jason Momoa is one of those people… what he’s doing for his community and the ocean is super inspiring. And to have someone look at me and what I’m trying to do for the anti-bullying campaign that may inspire someone to do good work. Yeah. That. That inspires me.

As we are chatting I’m on a flight to Antarctica and 13 other countries to shoot the sequel to Zero Contact. The sequel is called Zero Contact: Pole To Pole, starring Chris Brochu, myself and Anthony Hopkins, one of my favourite and most inspiring actors ever. What a gift. We shot the first film when the lockdown first happened during COVID. It was the brainchild of our amazing director/producer and President of Enderby Pictures Rick Dugdale. He pulled together 15 actors from all over the world and we shot it on Zoom, GoPros, iPhones, and drones. We like to say this movie was filmed without a handshake. It was quite the experience. It also became the world’s first ever scripted film to drop as an NFT. Just surreal stuff. So with the sequel, we flipped it on its head, so now we are actually travelling and shooting the movie in 13 countries!! Insane. But if anyone can do, it’s the Enderby Team. Actually, we are about to land so I have to sign off here. Touching down in Antarctica! (eeee! Who gets to say that??) Feeling very blessed. 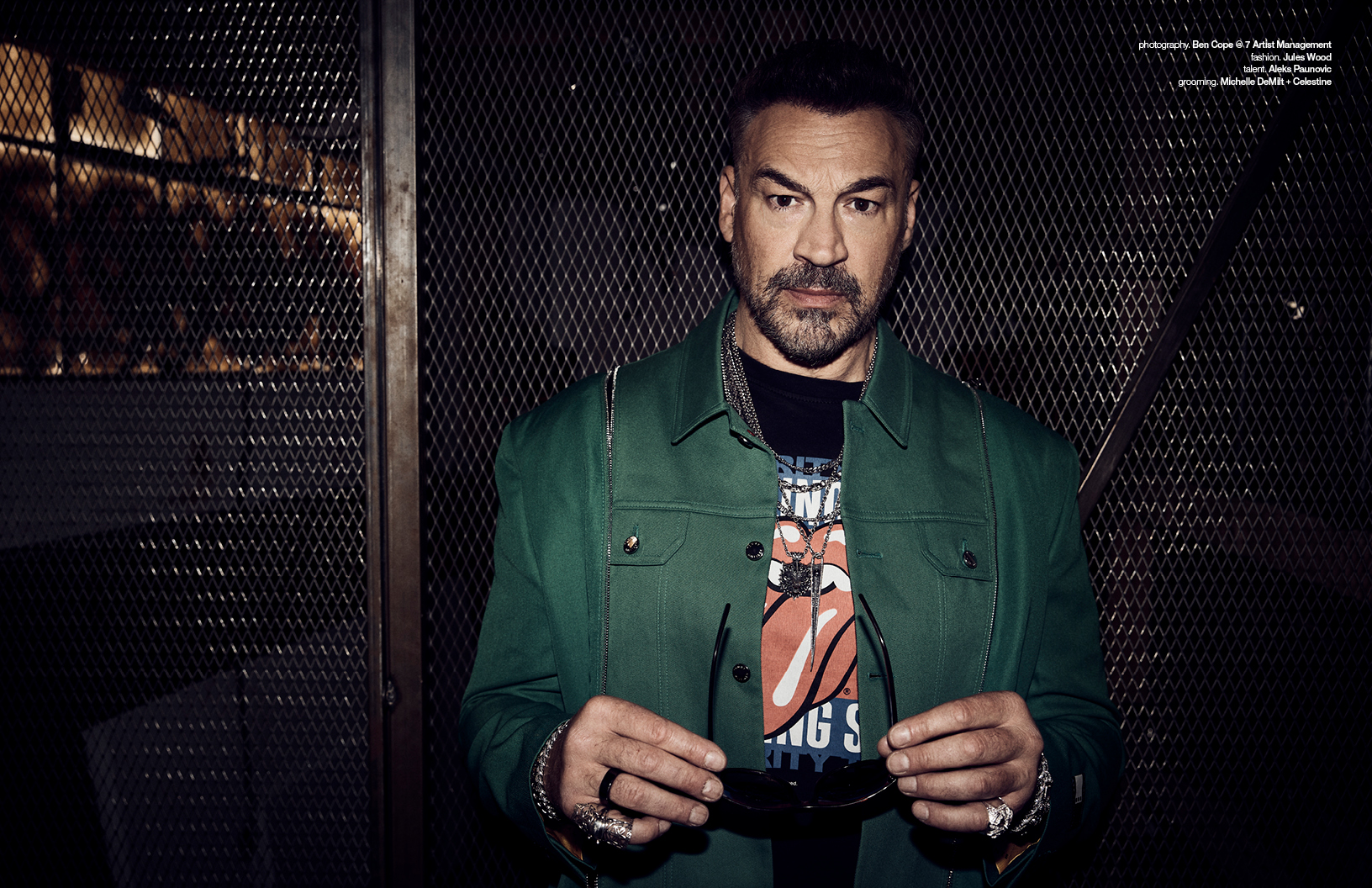 Hawkeye is currently streaming on Disney+