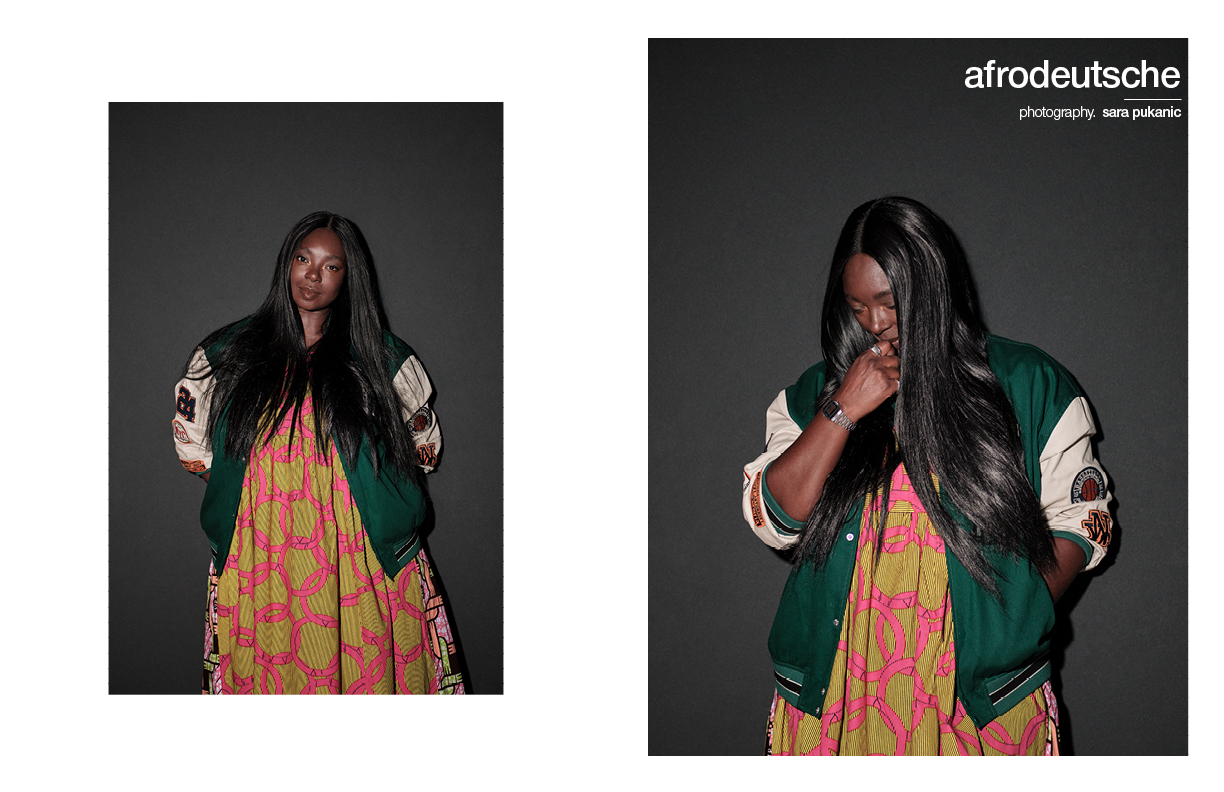 As a fleeting end-of-summer storm hits Croatia’s capital Zagreb, Schön! sits down in the dimmed lights of the Hilton with British-Ghanaian DJ Afrodeutsche. She went on to charm crowds later that evening with a house and techno-filled set at Telekom Electronic Beats festival. The Peti Kupe venue pulsed with energy as locals danced into the early hours of the morning. She proved to be an audience favourite whose eclectic blend of genres made for a festival highlight. Behind the decks Afrodeutsche, real name Henrietta Smith-Rolla, is a warm and friendly character whose quirks make her own music so brilliant. “I’ve not been diagnosed but I just see and hear things in colour,” she begins. Afrodeutsche’s sensitivity to sound is a fascinating part of how she navigates the world. Since childhood it has proved to be both her calling and her superpower. In school “they gave me a violin to play. I could play the violin but I couldn’t read the music. I could always just hear what I wanted to play,” she says.

Even when she’s not deejaying or hosting her own show on BBC Radio 6, Afrodeutsche is uniquely attuned to the soundtrack of everyday life. “I live in silence because I can hear everything. I could hear the fridge, someone posting a letter through the door down the street. It’s like every single sound says something to me,” she explains. Sound is an inescapable constant that means Afrodeutsche quite literally creates to the beat of her own drum. “I can audibly hear a landscape and  where things sit so it’s really good for the arrangement of the bigger pieces that I write, where to place the strings, the brass, the percussion,” she says.

Music has also played its role as her personal therapist, helping her overcome pivotal life changes. “One track that I wrote called HIAEA stands for Habitat, Ikea, eBay, Argos, ASOS. I was going through a breakup at the time and I was writing this piece out of the need to process my heartbreak,” she shares. “I was crying the whole time but I found sounds for it. How I hear the crying in music is this kind of repetitive bell, like a synth bell, that murmurs all the way through. This track is one of my favourite pieces oever,” she adds.

Exposing vulnerability through art isn’t easy. Until some years ago, Afrodeutsche says that she wasn’t even comfortable sharing the music that she was making for herself with other people. In what she describes as a “brave moment,” the artist decided to play one of her own tracks at a party. It was “a nod to all of the early nineties house, hip hop stuff that I really loved. Jackin house and acid – it was like my version of that,” she says. “I just sat back. I didn’t say that it was mine because I just wanted to hear it in a room with other people. Then I went ‘it’s mine’ and they were like, this is really good. And I was like, is it? okay!” she laughs.

Her can-do philosophy means that Afrodeutsche is now reaching milestones that she used to daydream about. “Doing this you have to have a layer of bravery but the payoff is amazing. If someone asked me to do something and my first instinct was ‘I can’t do that,’ I’d say yes,” she says. “The BBC concert orchestra commissioned me to write a piece. If I hadn’t had that mentality, I would’ve [said] that is terrifying. It’s my dream but no way. I can’t do it. I said yes. I wrote the piece. I sang with them. I was like, when am I ever gonna get to sing with the BBC concert orchestra?”

By the end of our conversation, the lightning and rainfall has subsided and Afrodeutsche reveals that her plans for the coming weeks are just as inspiring as the journey that got her to this point. She’s working on new music, is currently focused on a piece that will be performed at The Roundhouse, and says that she “may or may not be starting a label” in future. It’s safe to say that the future is looking bright for Afrodeutsche.

Special thanks to Gintare Adomaityte