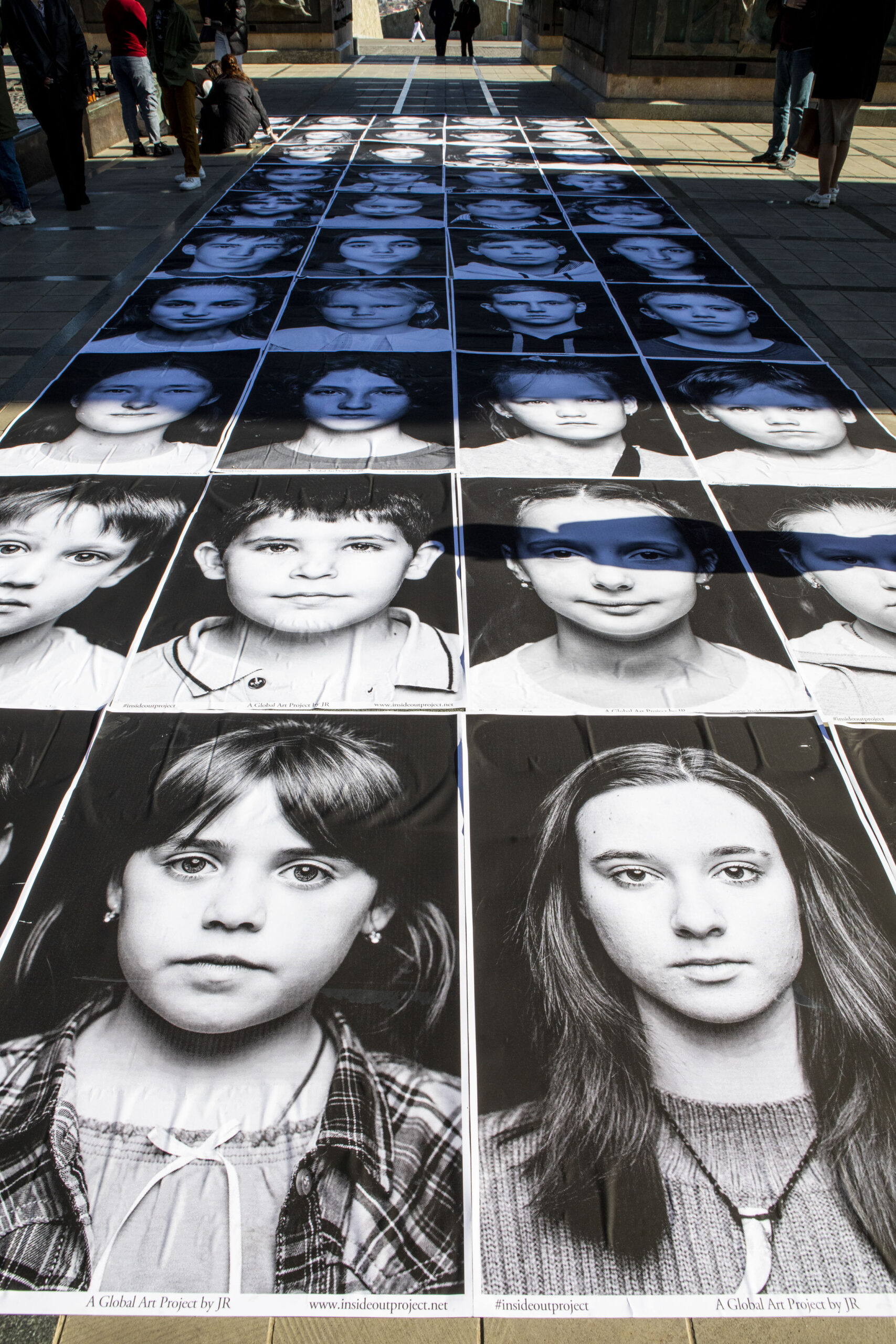 The middle of November was marked by Culture Week in Tbilisi, organised by Sofia Tchkonia, this annual event carries an important role in Georgian artistic traditions and the visibility of young artists on the global level. Happening during challenging times, this year’s main message was the support of Ukraine and a united fight against the common enemy and its imperialism through the power of art. The present realities of the Russian invasion of Ukraine aren’t something new to Georgia, unfortunately, it’s very relatable to Georgians, as they came through the pain and grief of losing fathers, brothers, and husbands during wars led by Russia.

Starting from the 90s Georgians fought for their independence, for Abkhazia, for Samochablo, and in 2008 the whole country again was put under shots of Russian missiles, not letting this deep and painful wound heal. Today 20% of the country is occupied by Russian troops, putting pressure on the whole nation and threatening to come forward and start a war. But there is no place for fear and Culture Week demonstrates that, by building a cultural bridge between Ukraine and Georgia.

Curated by Serge Kerbitskiy, art days encompassed a variety of art pieces that delivered the topic of war from different perspectives, including one who suffered directly and indirectly. Regardless of the raging war, Serge together with other Ukrainian artists made it to Tbilisi and took the stage to communicate modern Ukrainian culture and show the world that Ukraine is not just a blue-yellow flag of every shop or person, but a culture that empowers and gives hope for a better future.

Schön spoke to Sofia Tchkonia, the organiser of Culture Week Tbilisi, and Serge Kerbinskiy, curator of the event, about art during war times, the effect of the art days on culture, and the process behind organising exhibitions in such uneasy times. 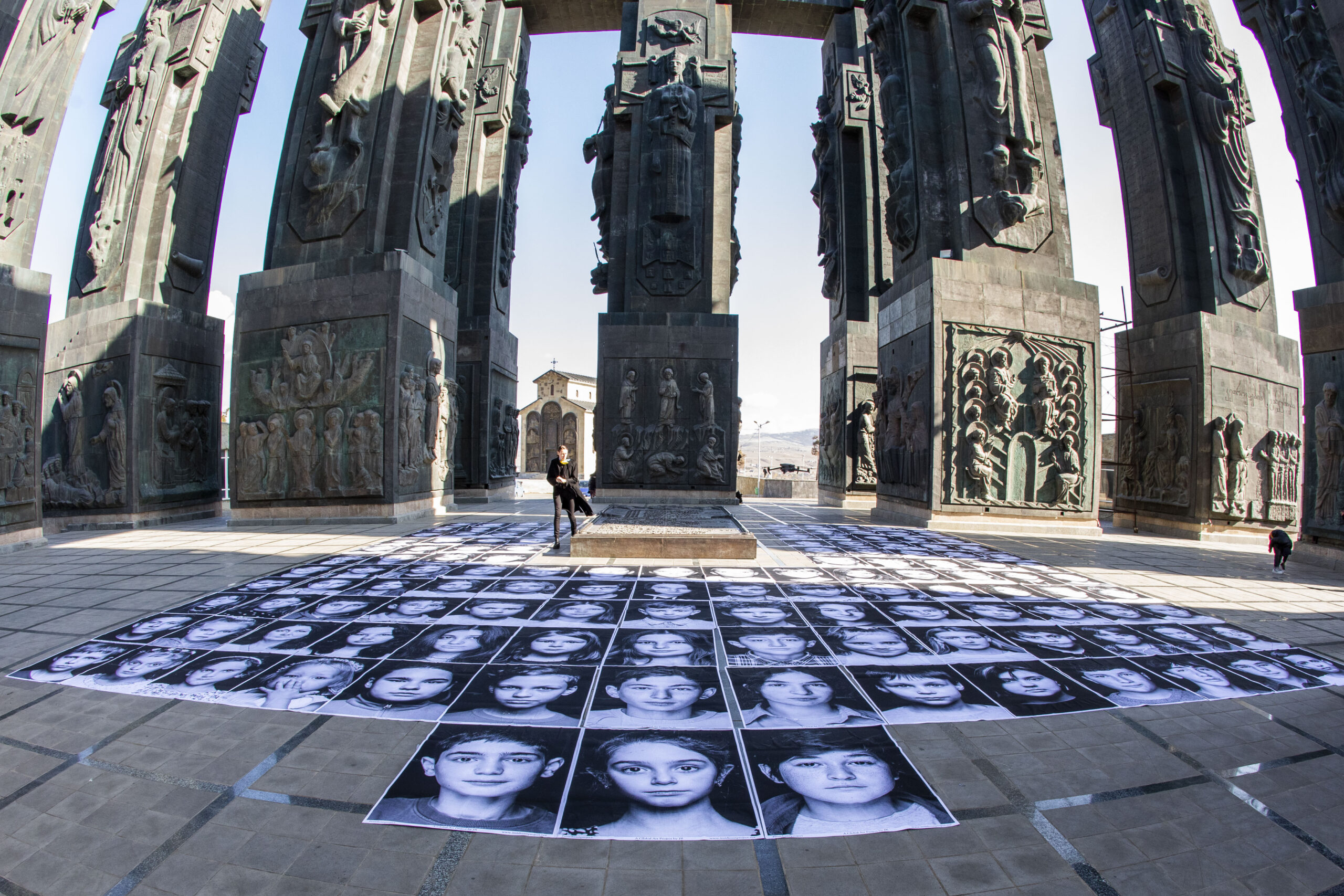 Do you think during war times as today in Ukraine, art plays a crucial role in telling stories and subliming pain into something that appeals to a lot of people? How was this fulfilled with this year’s cascade of events in the framework of Culture Week?

The main storytelling was the statement that Ukraine exists not only in the physical borders but as a cultural living entity. That’s why we’ve shown Ukrainian culture in diverse forms such as ballet, visual arts and music.

Culture Week Tbilisi was held in Kyiv, Ukraine when the whole world was recovering from the pandemic, and now it seems to be way darker and harder times. What were the biggest challenges in making Culture Week happen?

Fortunately, the challenges were only technical issues, to make everything on time, collect and deliver art pieces from the country which is shelled every single day.

The main focus of this year’s art week was the support of Ukraine and the bond between Ukraine and Georgia. How was this presented by participants and general curation?

Some territories of Georgia and Ukraine are occupied by Russian troops and we have a common enemy and a common tragedy. In every concert, we’ve united Georgian and Ukrainian musicians where they performed joint compositions. Despite the difference in language, they sounded harmonious. The same harmony you could see in a ballet where Georgian musicians accompanied Ukrainian dancers in Bassiani club. And finally, in a collective visual exhibition, all the pieces looked not as individual works but as one composition and every piece supported others by common emotional strength and instance. 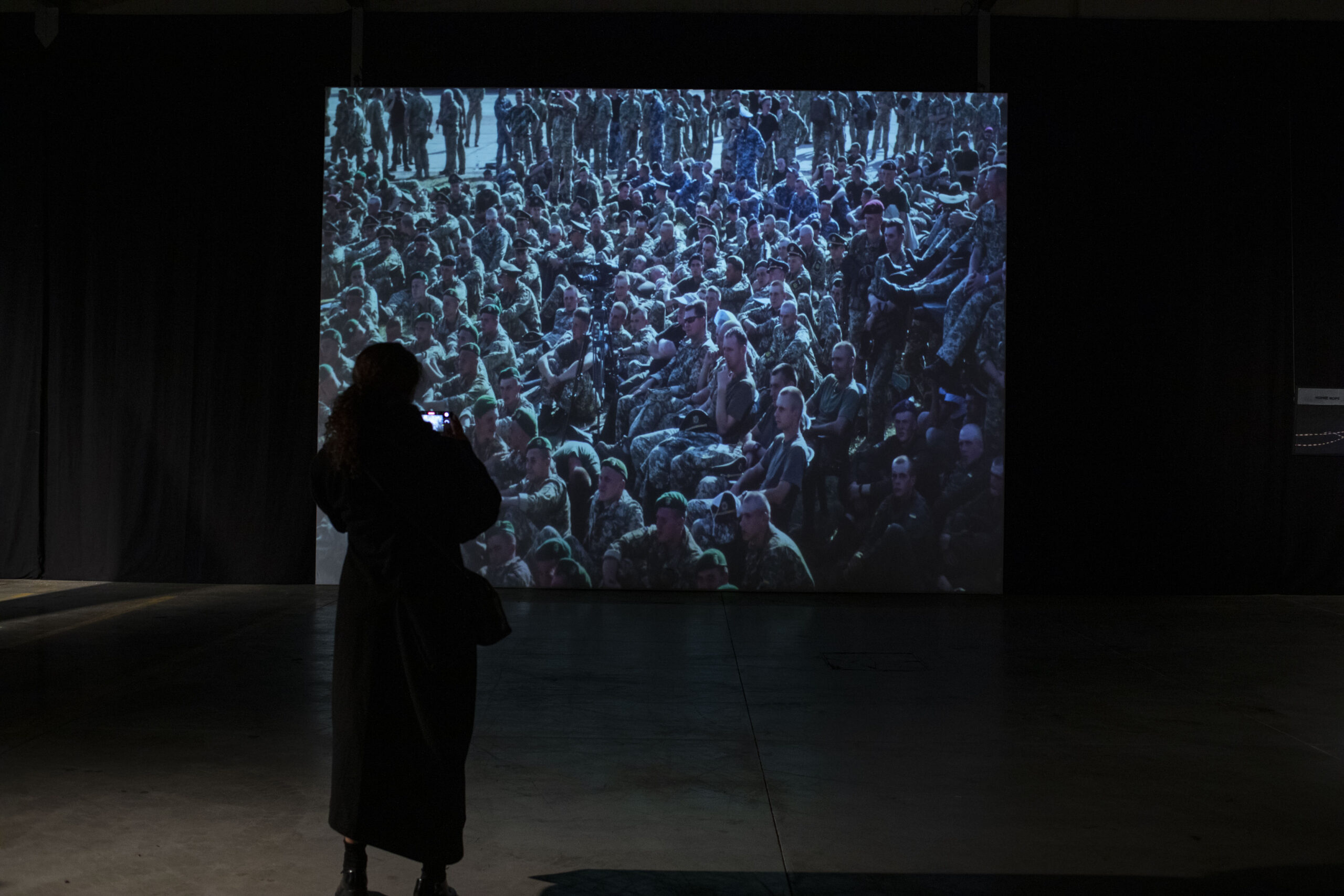 Let’s talk about one of the most striking art projects showcased, “Children of War” by JR. This work unites kids from Ukraine and Georgia, communicating war and Russian occupation from their side. Could you give us insight into this work? As an art curator, how would you delineate the power of this work?

When the war started we started photographing the children who came to Georgia as refugees with the Ukrainian photographer Marina Karpiy and we approached to JR team and offered them our idea to make images of children from Ukraine, and Georgia’s occupied territories. They’ve approved the project and we did it. This is only a small part of the project Children of War which we will continue.

Both our countries have a common cultural background, both our cultures are based on Byzantine cultures so this bridge already existed before.

Could you share with us your thoughts and feelings during the process of handpicking every single artist, and their work and building the skeleton of events? How have you managed to root the main subject and not make it depressive or traumatizing, as this is not an easy topic to explore?

The most important principle while choosing art was to keep the balance between tragedy and optimism, pain and unbreakable desire to fight. The whole exhibition didn’t have to look like ideological propaganda — “please help” but as a clear message — we have no other choice but win. 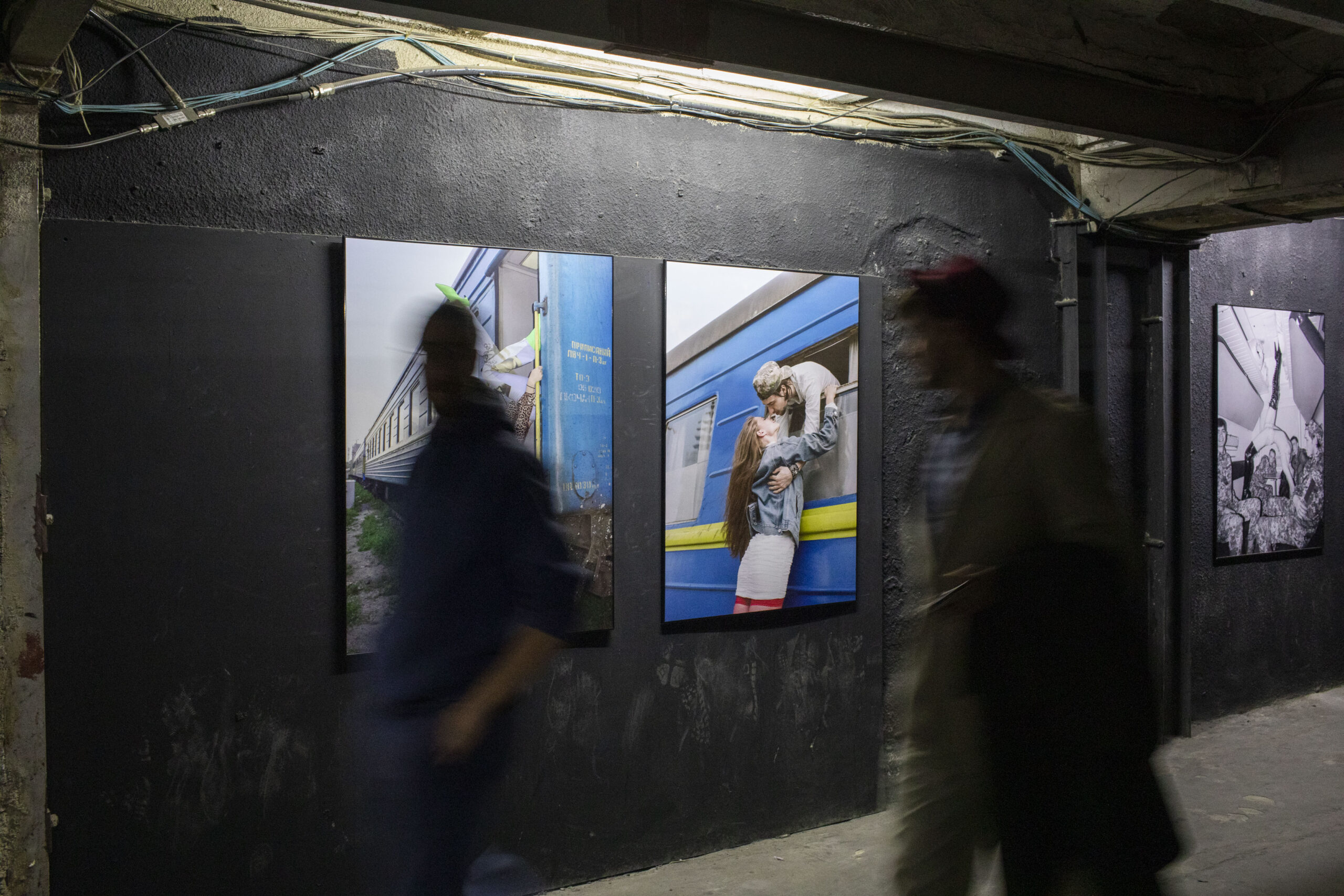 It’s exciting to see queer collective participating, knowing of raged homophobia and hatred that circulates now in Georgia. Can we talk a bit about LGBTQ+ representation, do you think being more inclusive can in some way cure toxic society? And how do you think Project Fungus reinforces that in an artistic sense?

There was this wave of hatred in Georgia which was integrated artificially by the aggressive groups financed by Russians. Fortunately, it didn’t go far but still, there is a lot to do and improve in this direction. For post-Soviet societies everything unknown or different is scary. Project Fungus was created by the Georgian artist Uta Bekaia and united many artists from different fields. It gives a fresh and completely unusual interpretation of the Georgian artistic scene.

One word that can describe Culture Week Tbilisi 2022?

After years of working on reviving Georgian fashion, why have you decided to focus on the art sphere and the cultural bond between Ukraine and Georgia? What changes do you think this annual event can lead to in the future?

I think this event will unite more and more artists and countries. I am still working in fashion but with a completely different approach and concept.

Georgia has a prosperous cultural heritage, which was partly lost due to wars and turbulent political times. Do you think holding such cultural events can cement the cultural inheritance of previous centuries and give an extra kick to young artists? How do you think this idea communicates in retrospectives to generations of artists?

These kinds of projects and festivals open new boundaries and new ways for young artists and also will help to better understand our culture and preserve it. Full of exhibitions, panel discussions, performances and other cultural activities these days art definitely will find its way to history books. With such uncanny unity and compassion, creatives all over Ukraine and Georgia demonstrated how together they can fight oppression and imperialism, which has been suppressing society for decades. Nevertheless, such an annual tradition of showcasing the art of all kinds will have a flourishing effect on the creative industries of both countries, appealing to international audiences. Being under such a caring wing of organisation and curation, we can expect more and more grasping and versatile ways of art mediation. 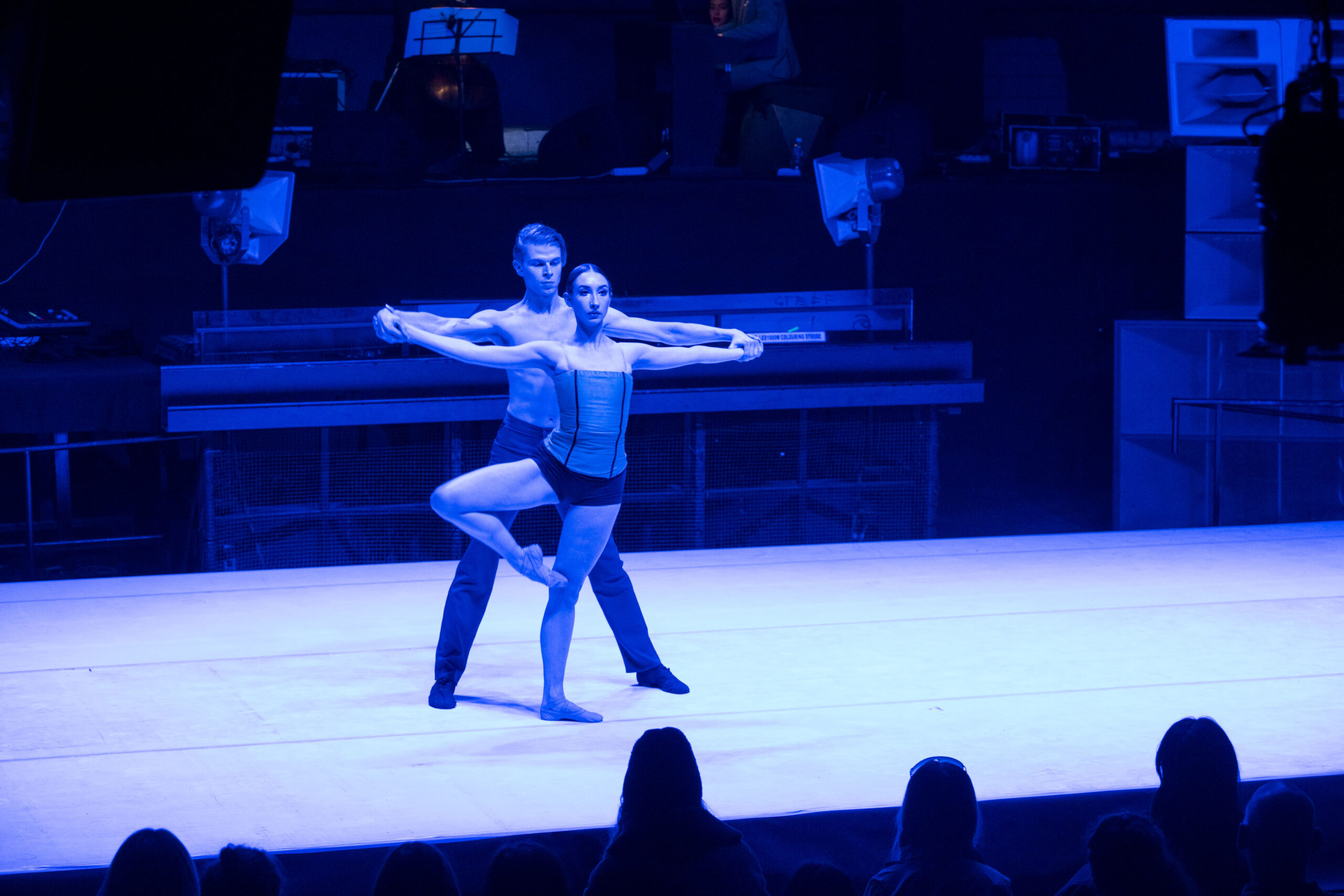