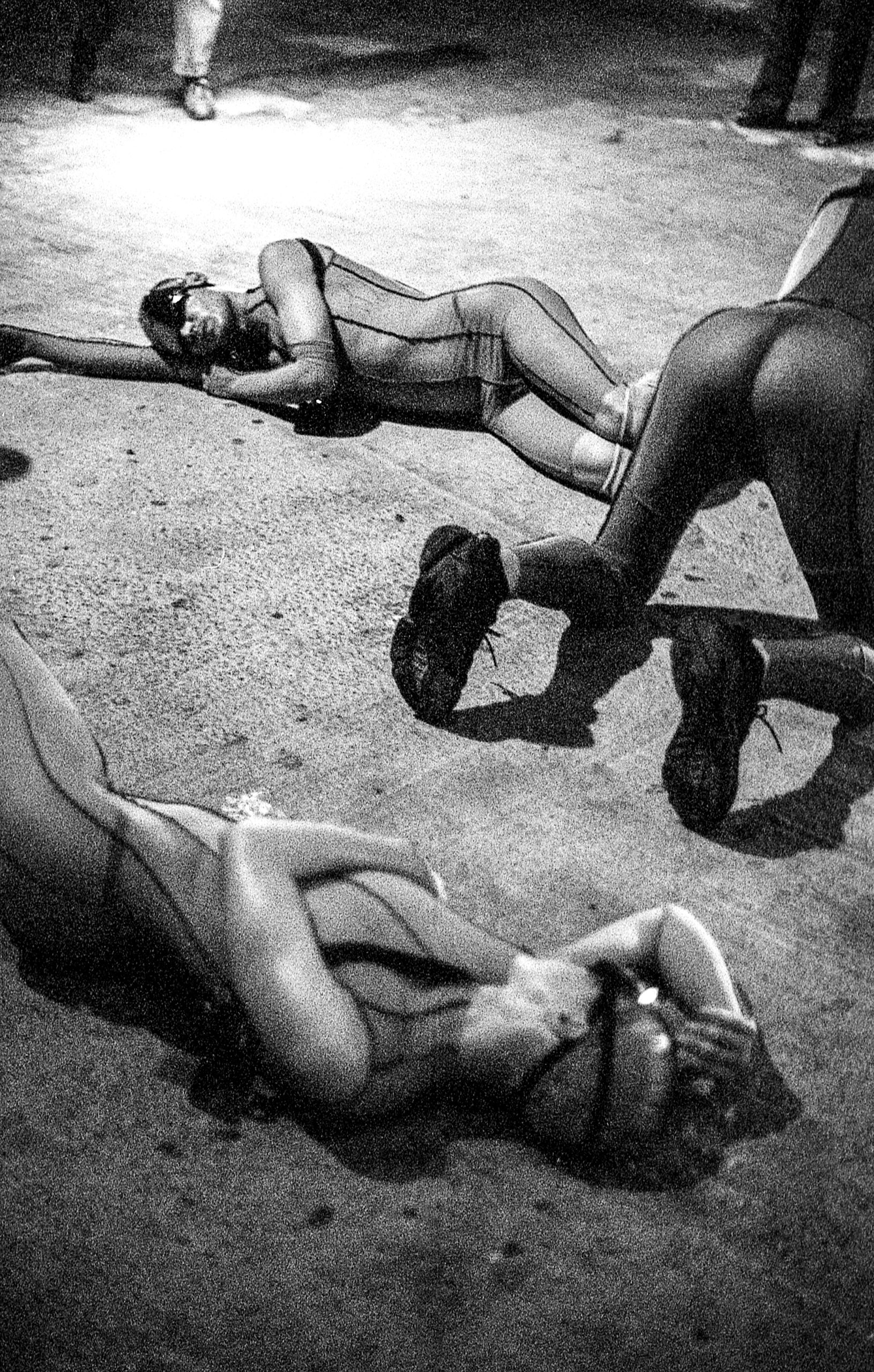 A future where humans have lost touch with nature, depleting it of its resources, and must now grasp onto technology as their life raft. While this dystopian image has been painted before, CODESS, the latest experiential art project from UY Studio held at the Halle in Berlin, makes the case that these fears of the future we imagine have more and more become our reality. A creative collaboration between Candela Capitán, who choreographed the live performance, UY Studio’s fashion designs, and sounds composed by Dasha Rush, the project is a study of the relationship between humans and their technological advances. CODESS – a blend of the words “code” and goddess” – acts as an artistic pause and reflects on the technological era we’re living in today.

As visitors entered the Halle, they’re welcomed by the deteriorating insides of the building which, on the other side, is known famously as Berghain (ever head of it?), the most iconic club in Berlin and arguably the world. It’s an odd juxtaposition which one can’t help but consider, that as we explore this present-day technological dystopia, our fellow humans are on the other side partying it up. Once making it up the stairs to the show, a lofty fog greets us in a dimly lit environment, as guests wander around like spirits floating in purgatory. The main light source appears to be one emanating from or around a giant robotic arm which sits upright in the center stage like the statue of a deity. 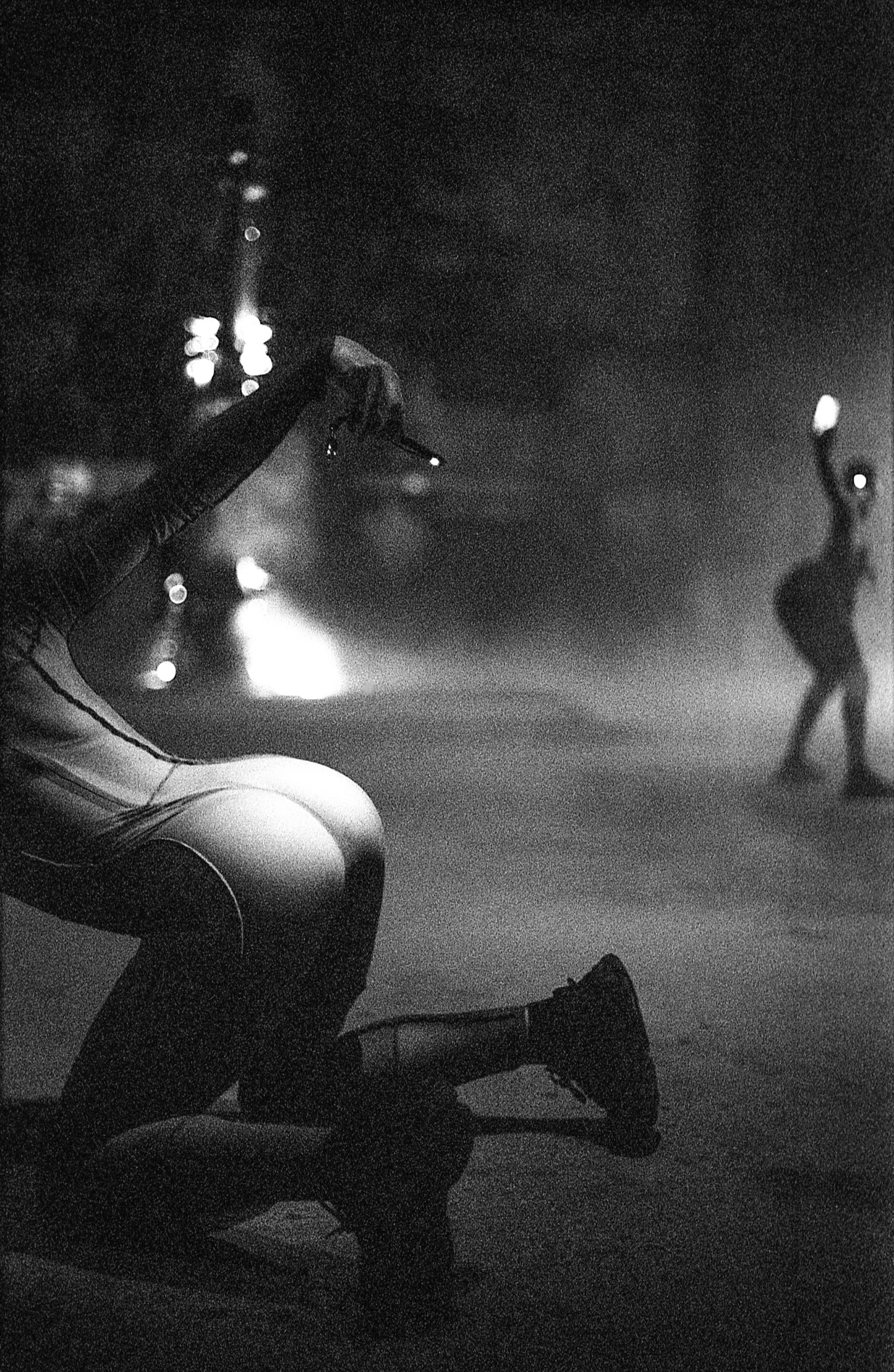 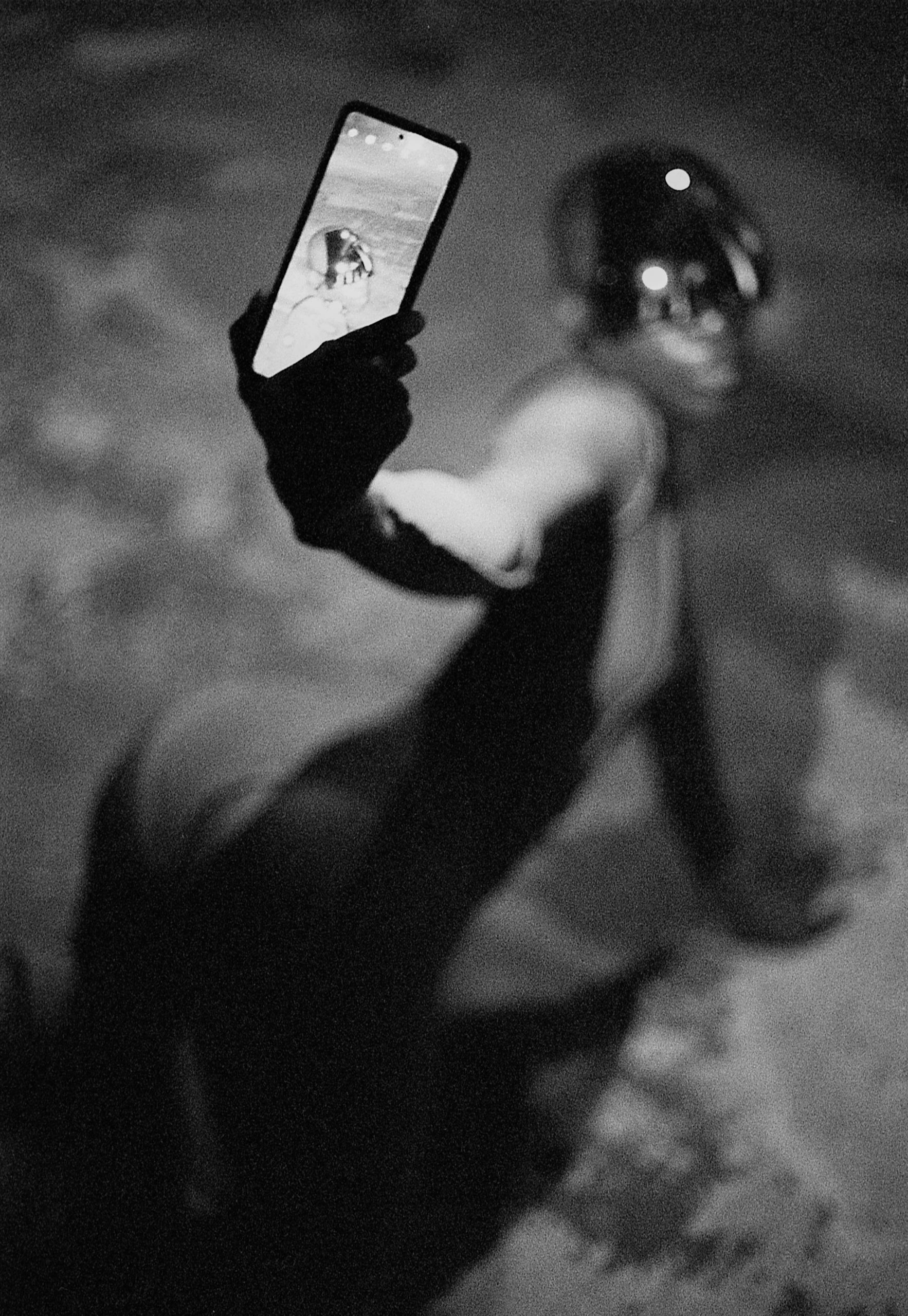 The show begins with dancers emerging seemingly out of nowhere, decorated in the latest designs from UY Studio, a sneak peek into what’s to come from the Berlin based brand. The uniform consisted of sheer bodysuits with opera gloves and thongs, both functional and fashionable for the heatwave we are currently experiencing. Accessories included leather harnesses holding smartphones as well as reflective face masks, recalling the sci-fi shapes of extraterrestrial heads.

The performers then interact with the crowd, walking around aimlessly with their smartphones held up, filming themselves with the flash on and causing the audience to split apart, creating space – not unlike the influencers who stop traffic on the street. Courtesy of Candela Capitán, the choreography takes shape as these sentient beings film themselves in the most vulnerable

and provocative of poses, too explicit for instagram but suitable for OnlyFans. With their cameras held up close to their private parts, the performers have created an odd sense of intimacy and division, the emptiness of their demeanour and cold selfishness not paying any mind to the audience. This reflects upon an element of society today: How do we maintain fears surrounding digital data and privacy, though most of us willingly walking around with Instagram on our phones, some documenting the most private of body parts? 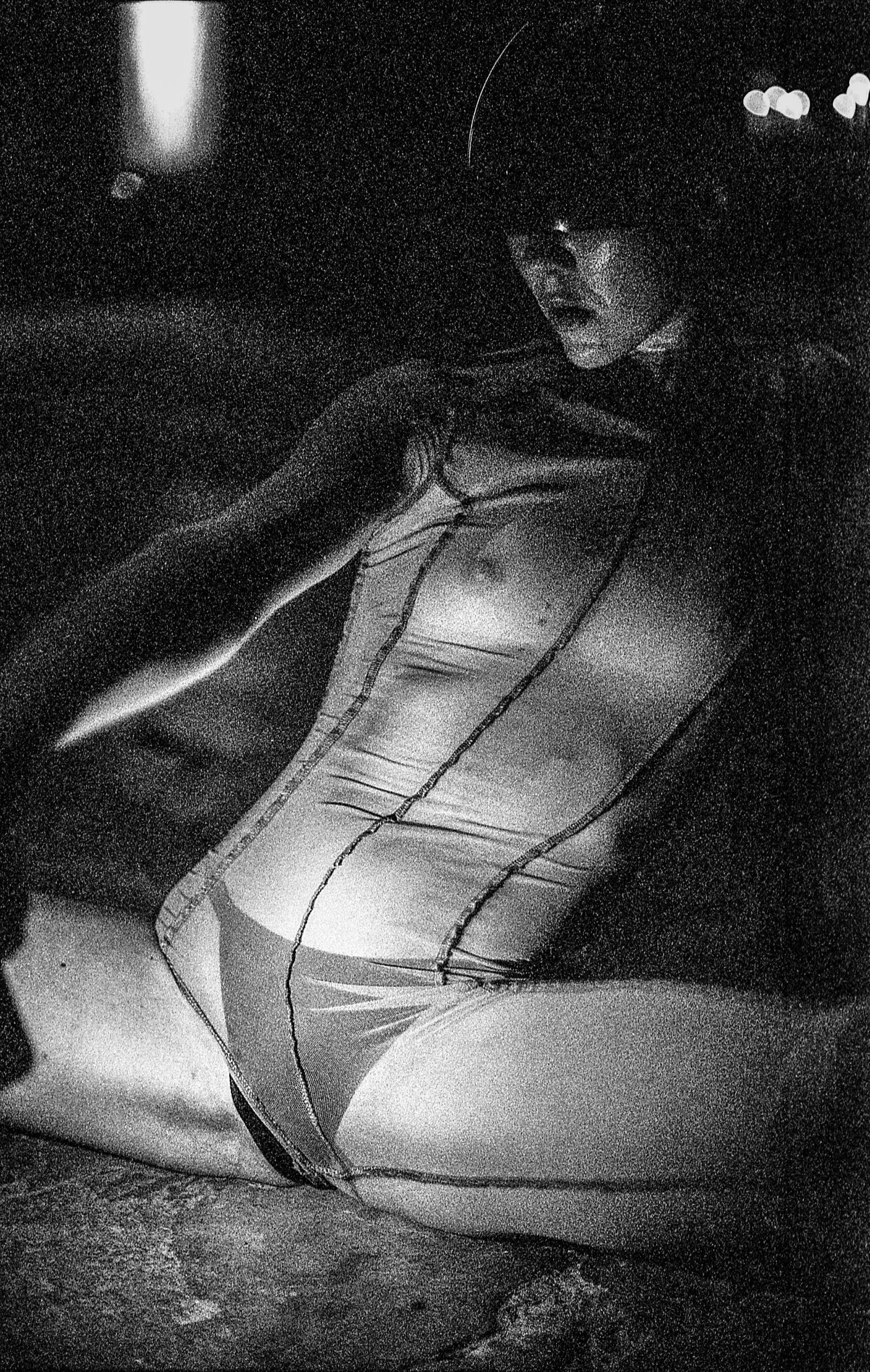 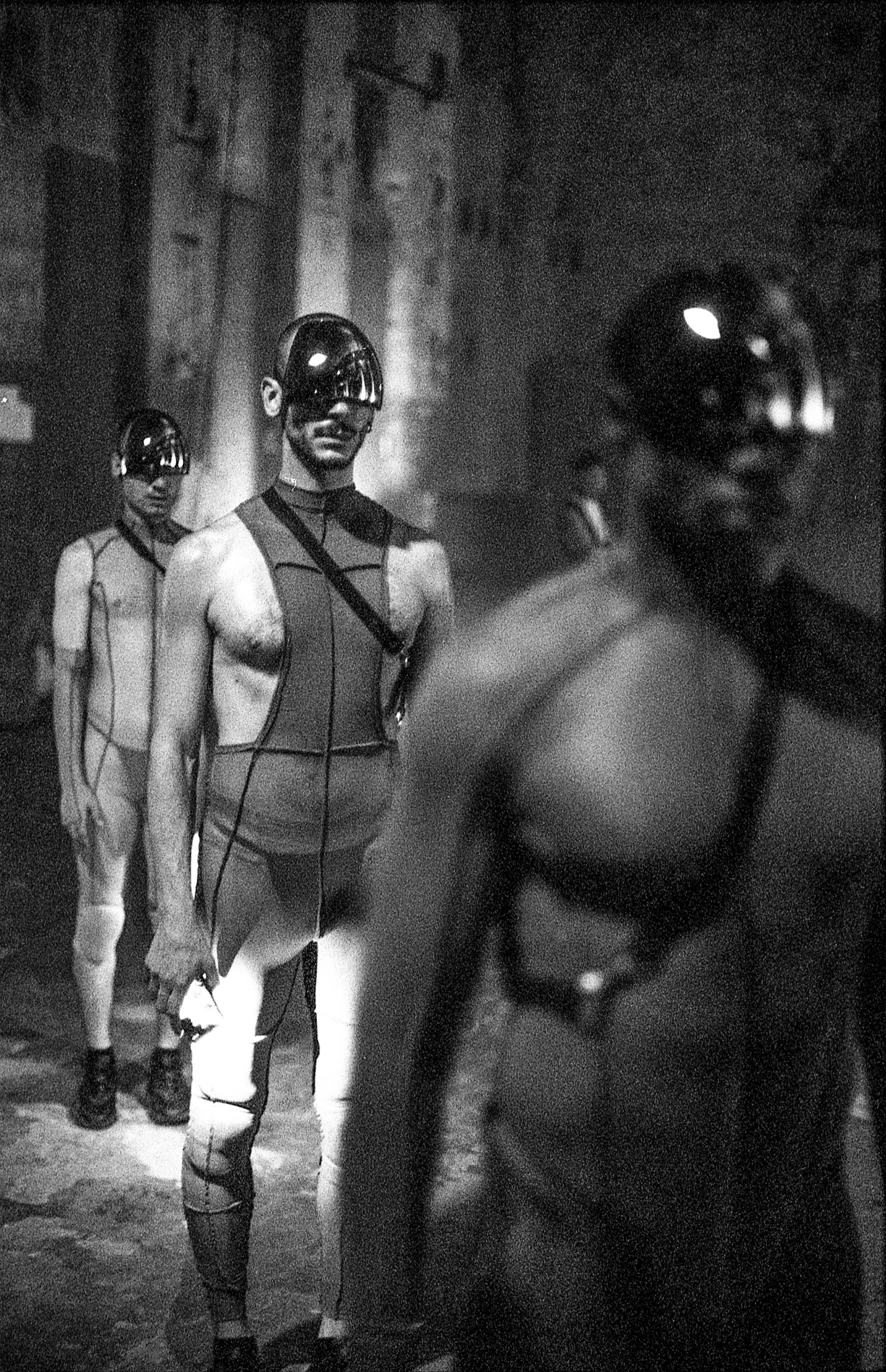 Nonetheless, the choreography was expertly arranged and executed, as performers switched between running through the audience and holding varying forms of squats, leg lifts, doggystyles, and other sexual positions which showcased their athleticism. The longer the show continued, the more immersive it felt, and audience members began to realize that they were a piece of the art itself. It was indeed people filming people filming themselves enslaved by technology. Even spacier questions come to mind, such as “Are the performers filming themselves? Or are the phones filming the performers?” Who or what is really in control here?

Throughout the course of the show, the sounds of Dasha Rush can be heard. In a collaboration with William Russell and 4DSOUND, 60 omnidirectional speakers were set up, creating a sonic landscape which, like the fog and the performers, pinged in and around the audience. Eerie sounds of a distorted female voice, like ASMR warped over ambient noises, echoing into stomachs. 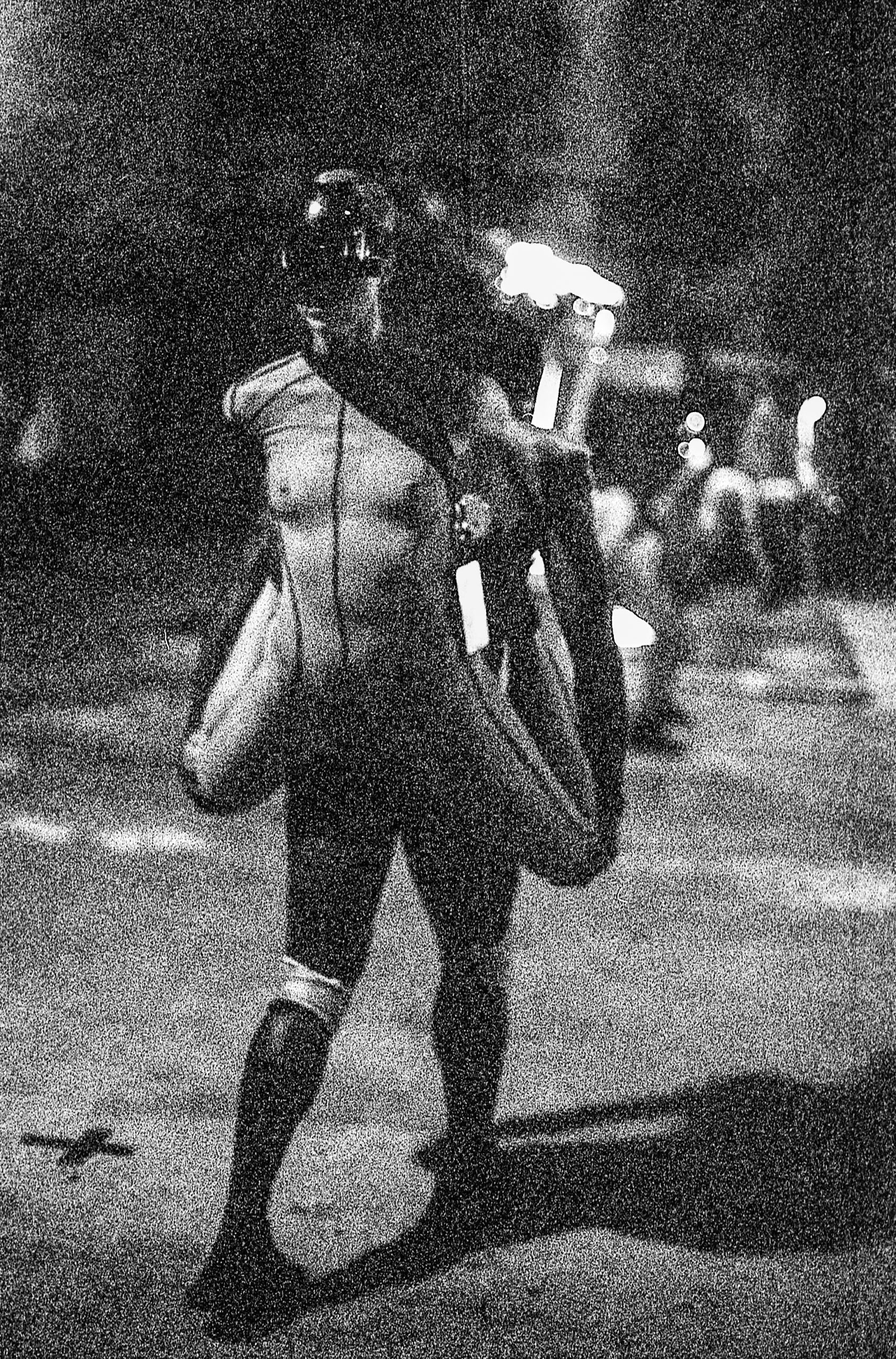 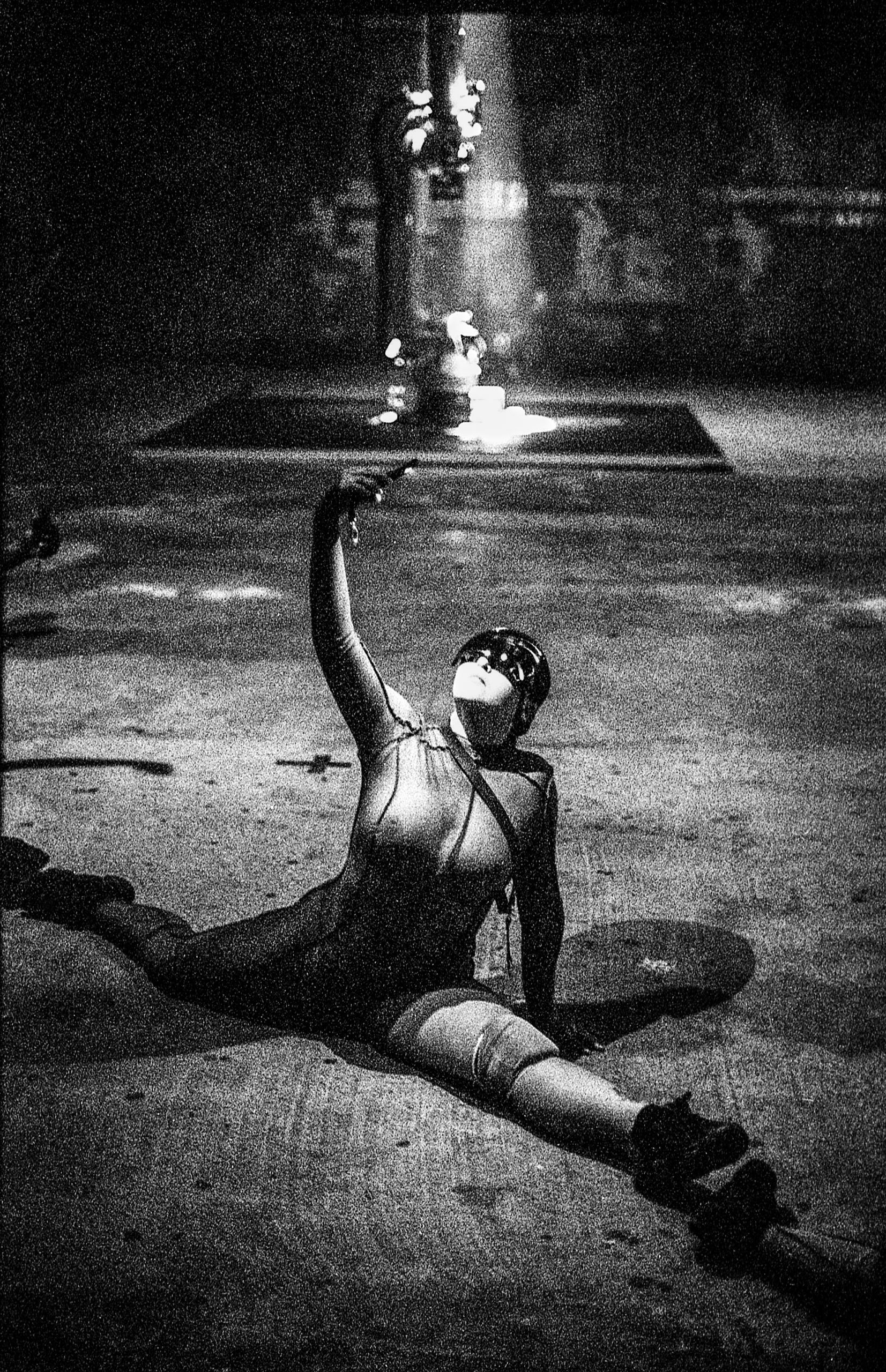 Towards the end of the two hours, the entire sequence builds as the robotic arm comes to life and begins to interact with the performers, shining a beam of light onto one of the performer’s face shield and hypnotizing them. The two then move in sync with each other, robot and human. Models proceed to move and pose around the robot like a shrine, even forming their own robot with their bodies, mimicking its movements. As a bonus, aside from a complementary cocktail, guests were invited to try out the VR experience Anti-Atlantis, designed by Sensus Communis. A peek into the grim future of rising sea levels and a decaying planet. But from the moment they exited the event, everyone was united, leaving one dystopian reality to casually step into another with smartphones in hand – we’re all in this together. 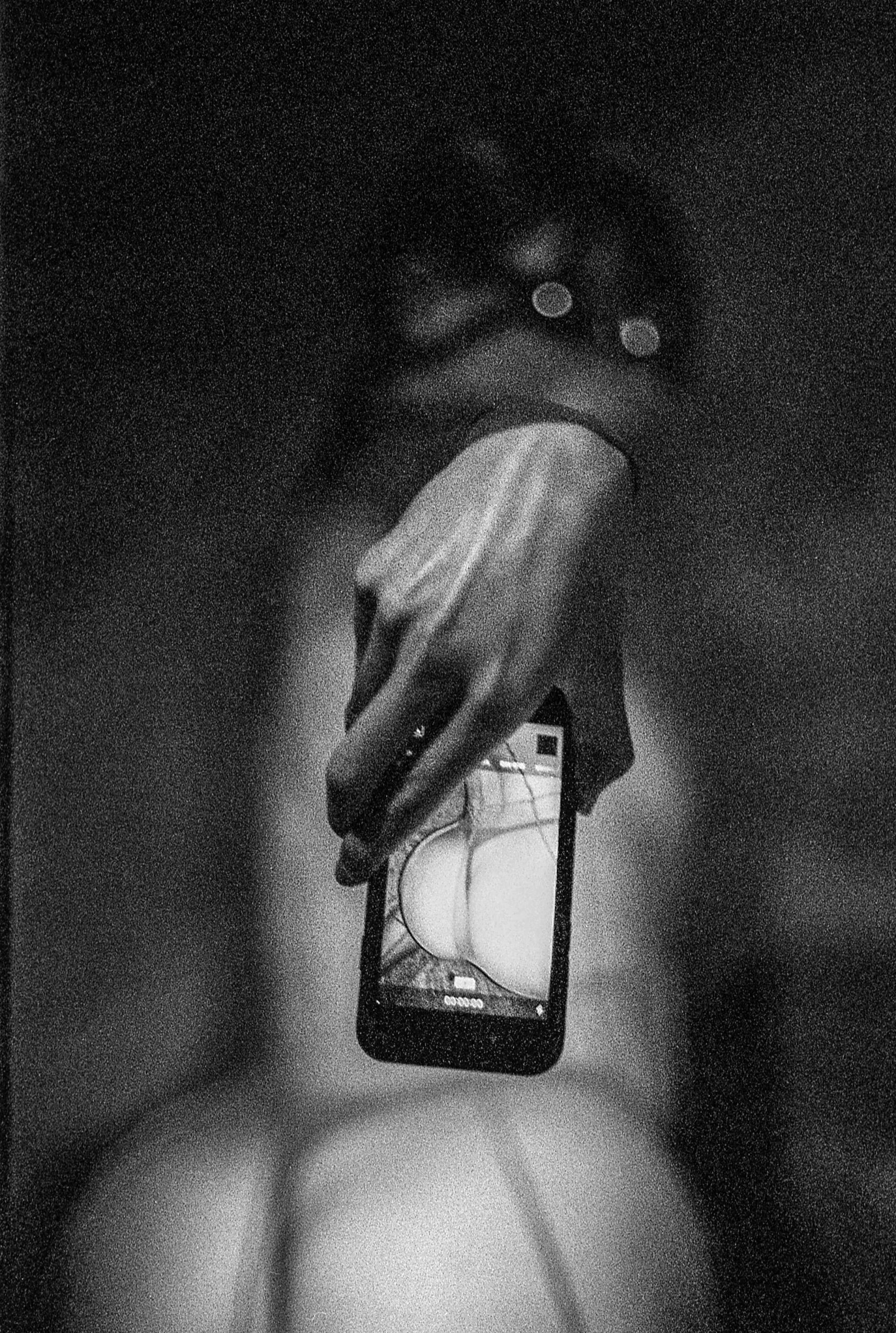 For more information on the installation, visit CODESS.