Singer Desta French occupies a space of her own. She doesn’t seek fitting into a box as her music transcends genre. Listen to her latest EP San Lazarus and you’ll hear elements of classic Salsa, old school R&B melodies, and a distinctive UK tone. The North London artist has a rich Colombian-Italian heritage which influences her taste for musical fusion. Desta’s sound is so self-assured and authentic that she can paint entire atmospheres with just her words. Her new single Tabaco Y Ron feels like hot summer evenings and nights spent dancing till early hours.

There’s a powerful sensuality to the song as she raps smoothly against a spacey beat, which turns into a celebratory Salsa breakdown. Premiered exclusively on Schön!, Desta says the video for Tabaco Y Ron is where London meets Salsa. “There is a very diverse community of people in London who are into dancing to Latin music,” she says. “It was really a big party on film.” In an interview with Schön!, the refreshing artist reveals what inspired her new summer track and why she feels it’s important to wave the flag for British Latinxs.

What do you want people to feel when they play Tabaco Y Ron?

I always want people to feel whatever they do naturally. It would be lovely if they became curious about what I’m talking about in the song and did some research. It’s kind of an ode to some of the greats in Salsa and the Latin music I grew up listening to.

Do you have a favourite line?

“After that boleros and tequila, Ismael Rivera makes it sweeter, got me shuffling in clubs in my sneakers.” It depicts a particular mood that is very authentic to my real life.

I love the breakdown. What inspired you to switch it up on the track?

Myself [and] producer Dfawzi had never made anything close to a salsa track before. I was showing him a bunch of different sounds and it ended up being very inspired by Salsa in its essence. I knew we would need live Salsa percussion and I met this really talented guy in Bogotá a few months before. I arranged getting the stems to him to lay on the timbales and congas and it was a priceless addition to the energy and feel of the song.

I’m also in the process of creating a salsa version of Tabaco Y Ron which will be remixed and arranged by 10-piece female Latin orchestra Guerrera. I wanted a real salsa version of the song as I thought the lyrics would lend themselves nicely. 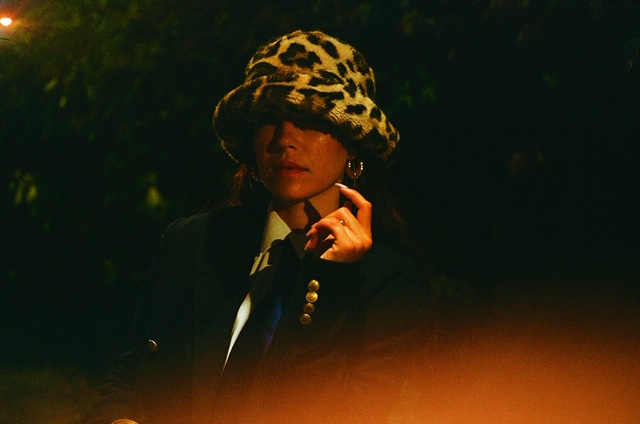 Can you tell us some of the inspirations behind your new video?

I grew up dancing to Salsa from very little. I’ve always been uncomfortable with its cheesy reputation as it’s such a big part of our culture. Salsa music comes from the streets and has spoken about issues of social justice, race, folklore, and spirituality for decades. Musically it’s very accomplished. I wanted to showcase my personal relationship with Salsa in London and give its underground flavour a moment in the spotlight. It deserves it.

You really captured a fiesta energy in the video. What was the vibe on set like?

There were a lot of people who I know from parties. They are always dancing and fully commit to a motive. Just nice fun people who genuinely enjoy dancing. It was really a big party on film. We had to encourage people to let go and match my energy in front of the camera. I knew that Jamal would do a wonderful job of making sure we had the beautiful shots.

Latin music as a whole is skyrocketing in international popularity. What are your hopes for its future?

I think we have access to a lot of wonderful Latin music if we seek it out. Mainstream-wise what we’re exposed to in the UK it’s quite limited. However, Latinxs are a growing population here. I’d like there to be some scope for Latinx artists as we have our own flavour and it deserves a voice.

Were you ever discouraged from making music in Spanish?

I was advised that it would be hard. I met my manager Ivan Martinez in Colombia and realised I would need to branch out further somehow and just went and did it anyway. I’m shocked at the reception so far and very grateful.

What drove you to become a much-needed voice for British Latinas?

Once I finished my EP San Lazarus I realised how few platforms there are here! Whenever I had to talk about my work I noticed I was trying to explain my culture as a UK Latina with no examples that people could refer to. We have virtually no representation here, even though I obviously know the community exists because I’m part of it. We are given no leverage in the mainstream. With the exception of a few platforms like Latino Life and The Latino Shade Room, there are few hubs where Latinxs here can find out about new artists. I just felt it was important to explore that narrative openly because it may have helped me find my voice sooner.

What do you feel is most misunderstood about your heritage?

How rich we are in cultural resources, particularly music, and our innate spirituality that is often ignored.  The narratives that are pushed forward of Latinxs in the media are very surface-based and frivolous.

What do you believe is the greatest blessing about being Latina in Britain?

I’m a Londoner. I’m a Latina with a lot of hindsight and this is partly because I grew up in such a multicultural melting pot. It’s allowed me to explore my Latinidad in an interesting way. Perhaps more slowly because of the lack of exposure, my culture has had here, but because of being in London, I know Latinxs, I know people from all over the world and I’m eternally grateful for that. 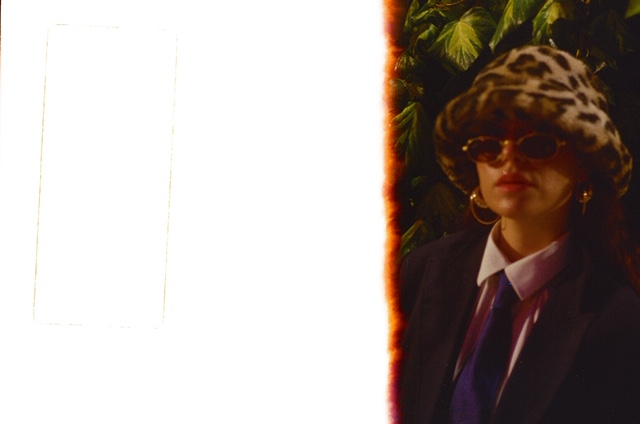 This Schön! exclusive premiere was produced by