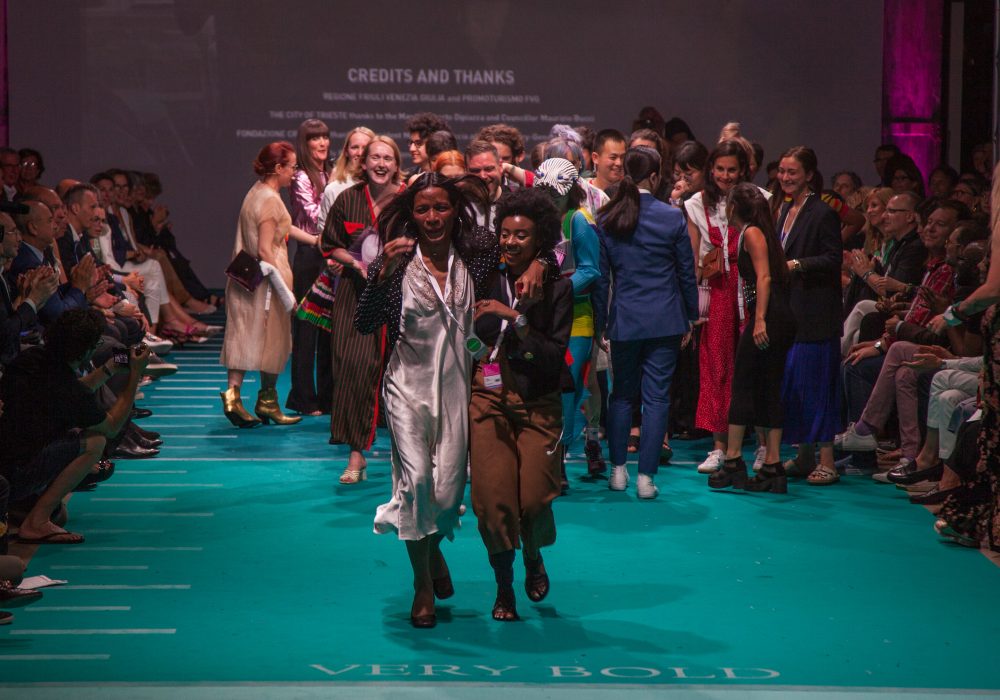 This past week, 30 fashion finalists hailing from different corners of the world joined in the Italian seaport village of Trieste to take part in the annual International Talent Support (ITS) Awards. “The stage granted by ITS is qualified to stand as a powerful engine to generate media attention towards the mosaic of cultural peculiarities of our territory,” said Massimiliano Fedriga, President of the Friuli Venezia Giulia Region. “At the same time it drives innovation processes which are naturally produced by the inventiveness of fashion and design, spreading the effects over a wide array of companies.” Created 16 years ago as a platform to showcase and offer support to emerging global fashion talents around the globe, this year’s edition of ITS saw a rise of creativity from UK participants, who brought multiple awards and recognition back to British soil. As ITS states: “the awards of ITS 2018 aim at supporting the winners along their professional path helping them build their career in the near future, step by step.” 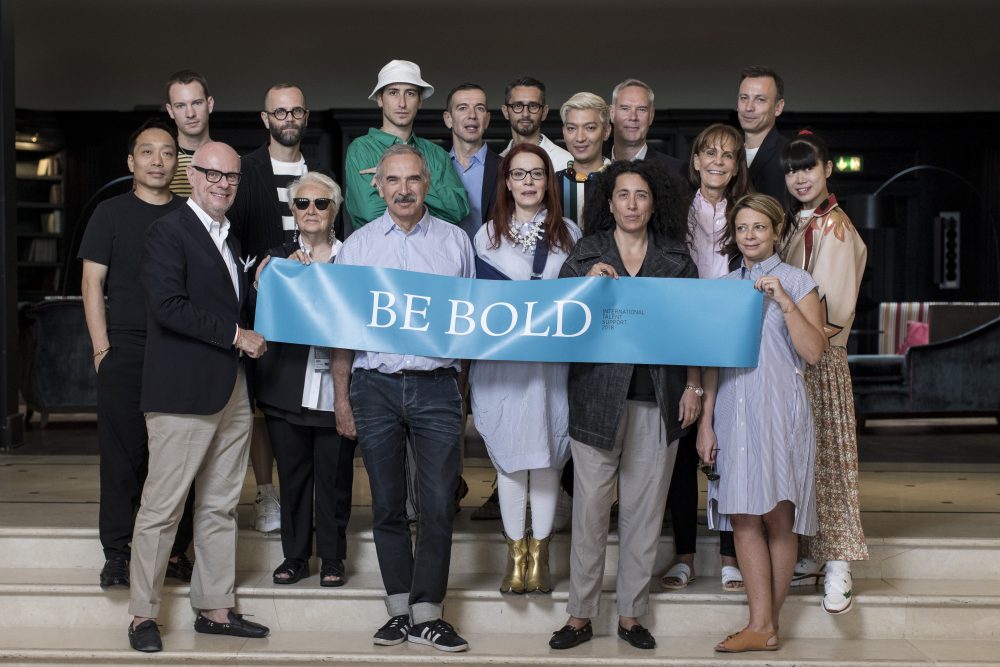 Focusing on the theme of “boldness”, the sixteenth edition of ITS blossomed with innovation in what the organization dubbed as “a night dedicated to creativity”. Now relocated to Magazzino 42 in Trieste, the fresh air of the new location permeated in the designs across the four main categories (fashion, accessories, artwork and jewellery) through over 900 creative projects from 80 different countries. The jury — composed of esteemed figures such as Marni’s Francesco Risso, Swatch International’s Carlo Giordanetti, deputy Editor in Chief of Vogue Italia and Head of Vogue Talents, Sara Sozzani Maino, as well as fashion influencer Bryan Boy, among many others — had a hard task at hand: to select the winners from the shortlisted 30 finalists. Two UK figures emerged as clear standouts: Eleanor McDonald and Tolu Coker. 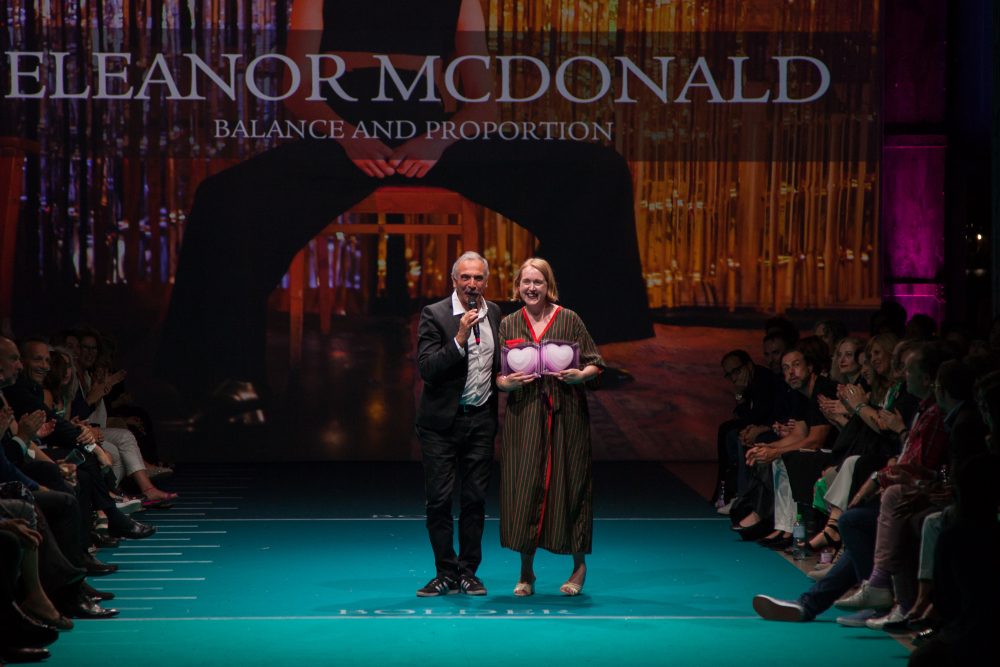 Eleanor McDonald accepting one of her awards

27-year-old Eleanor McDonald won the main ITS Award offered by Allianz, as well as the Tomorrow Award and the Camera Nazionale della Moda Award — for which she’ll receive 15,000 Euros, a Pitti Immagine 12-month mentorship, the chance to showcase a capsule collection at Pitti Uomo in January 2019 as well as at the Paris Tomorrow Showroom and an additional sum of 5,000 Euros. McDonald’s work was inspired by documentary photography and focuses on the draping and flowing of garments as her main goal. Playing with balance, symmetry and dimension through eye-catching yet wearable silhouettes. “It’s time to go back to design, garment making, silhouettes that make a statement. This is why the ITS award goes to Eleonor”, her ITS winner bio reads. “Her technical prowess and design focus are remarkable. Indeed, original, in a subtle way. In the years of the restart of ITS, reboot is the message.”

“Supporting young talents and new brands represents [sic] one of the pillars of our strategy at Camera Nazionale della Moda Italiana, together with sustainability and digitalization,” adds Carlo Capasa, Chairman of Camera Nazionale della Moda Italiana. “This is why we join the mission of ITS and actively participate in this new edition with an award. All of the fashion players must get together to help projects that, while encouraging talent and creativity, build the future.” 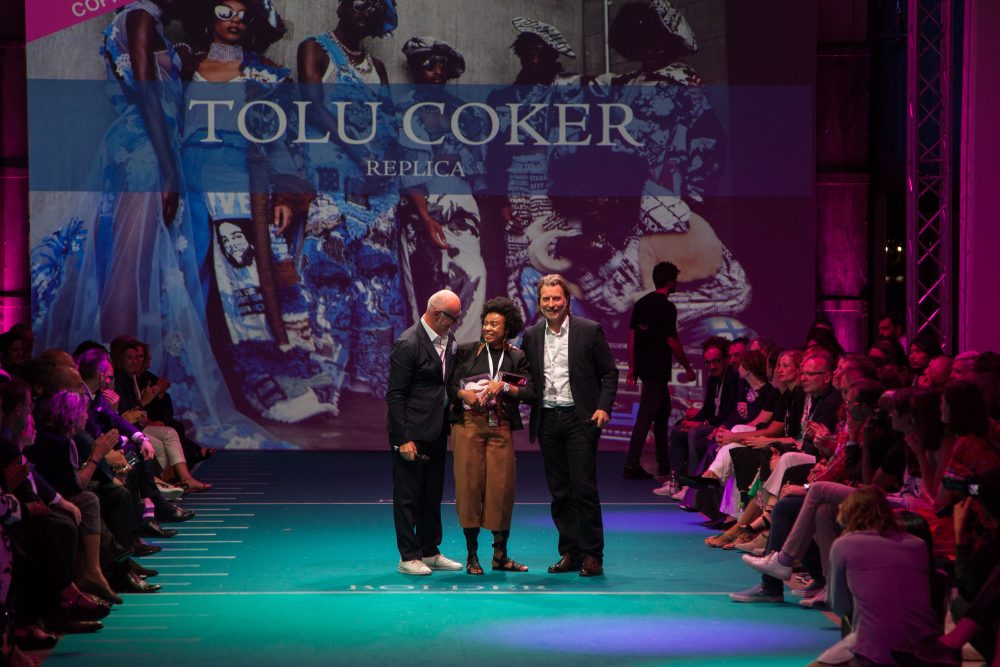 Tolu Coker accepting one of her awards

A fellow Central Saint Martin’s alum, Tolu Coker, received the Diesel Award, the ITS TIME FOR COFFEE Award and the Vogue Talent Special Mention — receiving a 6-month internship with DIESEL as well as an online feature on Vogue Talents and in the supplement to Vogue Italia magazine. The 24-year-old designer shined with her daring and powerful work. “We love the way she juxtaposes bold and delicate, uniting kids and adults, embracing a whole community with one powerful style yet leaving everyone be individually free. We look forward to a powerful and punchy message, a manifesto of freedom and creativity, a masterpiece celebrating diversity and urbanity,” Coker’s winner bio reads on ITS.

“This project celebrates diversity by giving a platform to one of society’s most unheard voices – that of a black woman. Depicting the history of my London council estate, this artwork brings together the old, young traditional and modern, shining light on the wealth of talent, strength and power which black women have long exhibited here, and for which they are rarely acknowledged for,” Coker herself states on her ITS page. 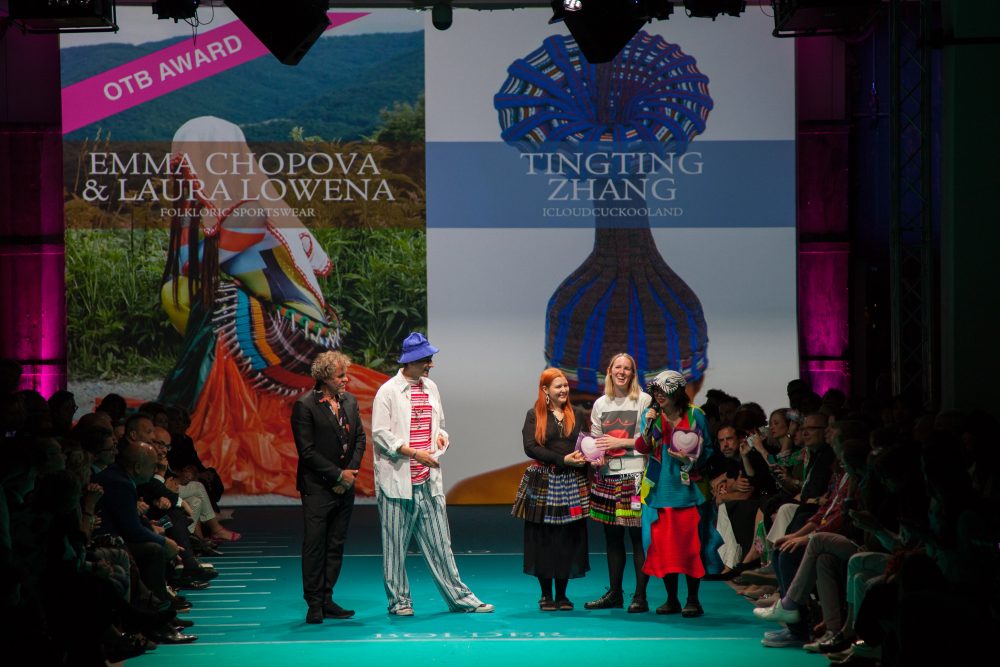 The recipients of the OTB award, including Tingting Zhang

Another standout for Schön! was OTB Award winner: 26-year-old Tingting Zhang. The Royal College of Art alum presented an intricate, delicate and inquisitive take on millinery through the project iCloudcuckooland — that featured her trademark of “mixing data technology and personal narratives”. 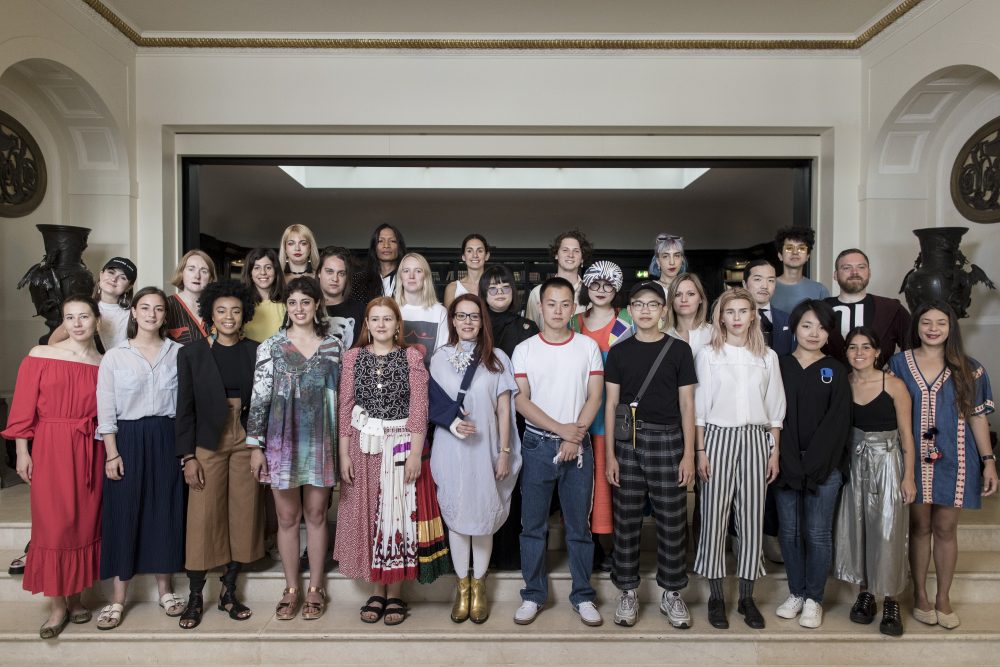 Congratulations to the winners and all the participants, as every project presents at this year’s ITS will become part of the ITS Creative Archive, joining those that have been chronicled these past sixteen years. “The future, the very sustainability of our industry relies on the new generations of talents which we must foster and support,” stated Renzo Rosso, President OTB. “They are bold, as ITS defines them, brave as I love to call them. They have visions and dreams and a whole world of creativity inside them – the only true magic inspiring fashion.”

The sixteenth edition of ITS took place in Trieste on June 27, 2018. Discover this year’s full list of winners here.