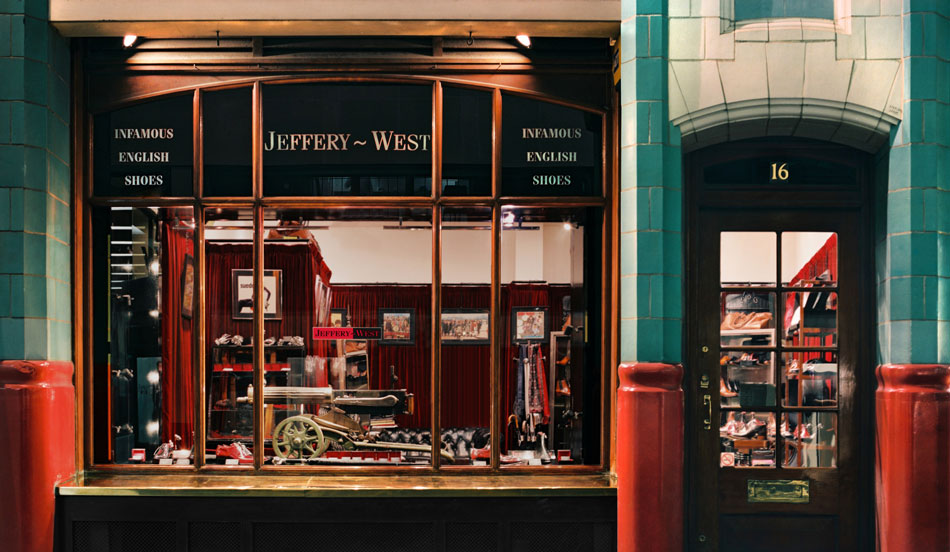 Men’s footwear designer Guy West has made a name for himself with his innovative take on the classic gentleman’s shoe. Along with friend Mark Jeffery, West started making footwear back in 1983, using samples from Jeffery’s family shoe factory. They soon filled the gap in the market for a new style of shoe that would appeal to a slickly dressed and dapper gentleman.

By 1987 they had formed Jeffery-West shoes, producing styles heavily influenced by rock and roll aristocracy, religion and art, with the inherent craftsmanship of a traditional Northampton. Schön! talks to West as he gears up to celebrate a quarter-century of elegant design at Jeffery-West’s 25th anniversary exhibition. 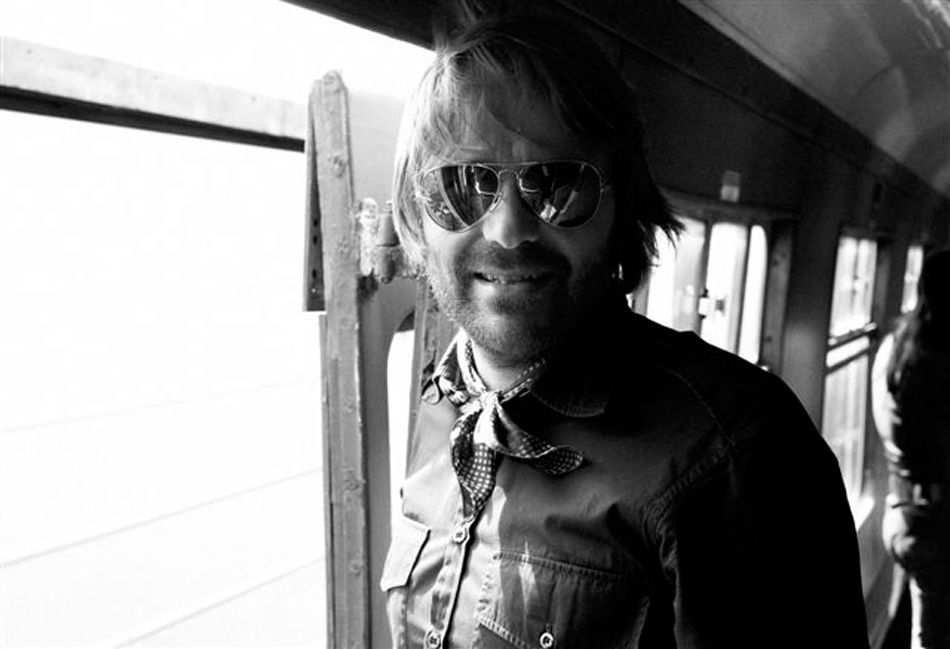 You started out by making your own shoes in a disused bedroom. How has this influenced your working methods in the long run?

It made us understand each process – the cutting, clothing and making. I learnt about being a businessman on the job. We got to do all our own designs. It’s very much controlled by us. We own the business one hundred percent. I’m not the kind of person who would like someone standing over my shoulder saying ‘I don’t like that’, or ‘I think you should do that’. I love the fact we can make our own decisions and control where the company is going.

How does the ethos of Jeffery-West differ from other men’s shoe brands?

We offer an individual take on formal shoes, for the kind of guy who might get his suit made but would have six buttons on the sleeve, or the pockets are put on at an angle. You don’t just want to wear bog standard things. It’s about expressing your individuality, without putting bells on the ends of your shoes. People see our shoes and know they’re Jeffery West, which we know isn’t to everyone’s taste but the customer likes that. That’s what we set out to do. 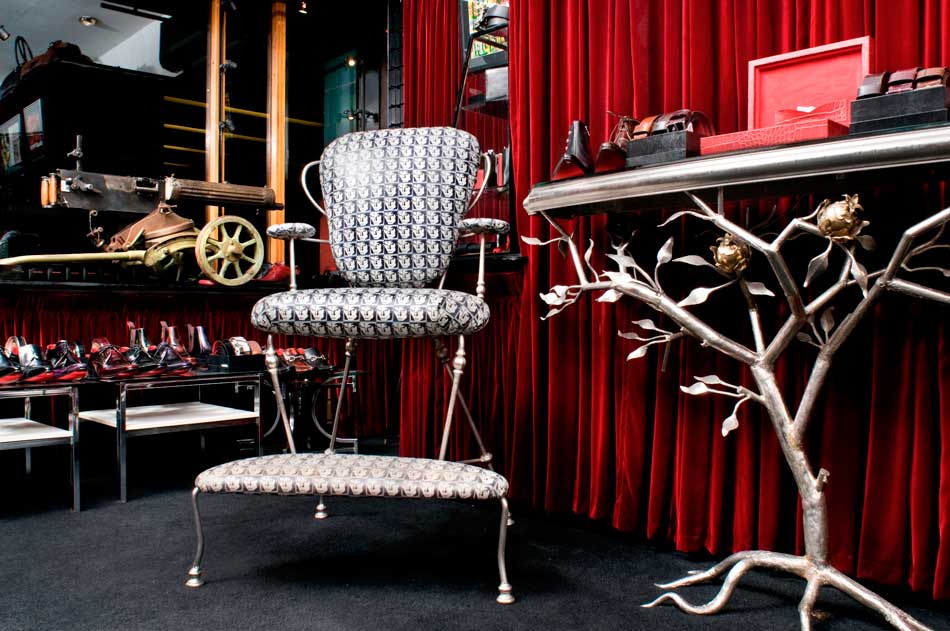 Your website has an entire section dedicated to your cultural influences. How do they inspire your work?

When I was growing up, there was so much going on. You had the end of punk and disco and the start of new wave. Everyone wanted to look different. You’d go to Kensington market and make your own clothes or buy something from some student who’d made it that week. Music and fashion go hand in hand. You can trace this lineage of English music with image.

How has men’s shoe design evolved since you began?

When we first started shoes, they were much wider and chunkier. We were certainly one of the first to elongate the silhouette and get that slim, elegant look which suits close-fitted tailoring. That evolved around the mid-nineties and then we took that further and further. Jeffery West is known for that slick, sharp, lean silhouette. Saying that, we do some chunky boots for the autumn, but really that is our handwriting.

At a talk you gave to footwear design students you said that the path you took years ago would be difficult in the modern market. What’s changed?

The shoe trade has shrunk so much. A lot of the tanneries, clothing looms and sole suppliers have gone, so the infrastructure that supports the trade isn’t there. Most of the components are imported from Europe. You could still do it now but it would be harder, literally because there aren’t any more left.

Looking back over the last 25 years, what are you most proud of?

I think having our store off Jermyn Street in London. I’ve always loved the tradition of the gentlemen’s clubs and the darker side of St James’s-meets-Soho. I do the shops myself and they’re full of interesting pieces from our collection. I think the biggest achievement is probably that we’re still going. A lot of our contemporaries have fallen by the wayside; fortunately we’re still here. If I had some wood I’d touch it!

We’ve got our 25-year exhibition coming up in November where we’re showing designs based around our heroes. We’re also doing a totally British shoe collection called The Albion where every element will come from the UK. Eventually we’d like to open some more shops too, in New York and Paris, but for the moment we’re trying to cement our reputation as being the main British men’s footwear company. 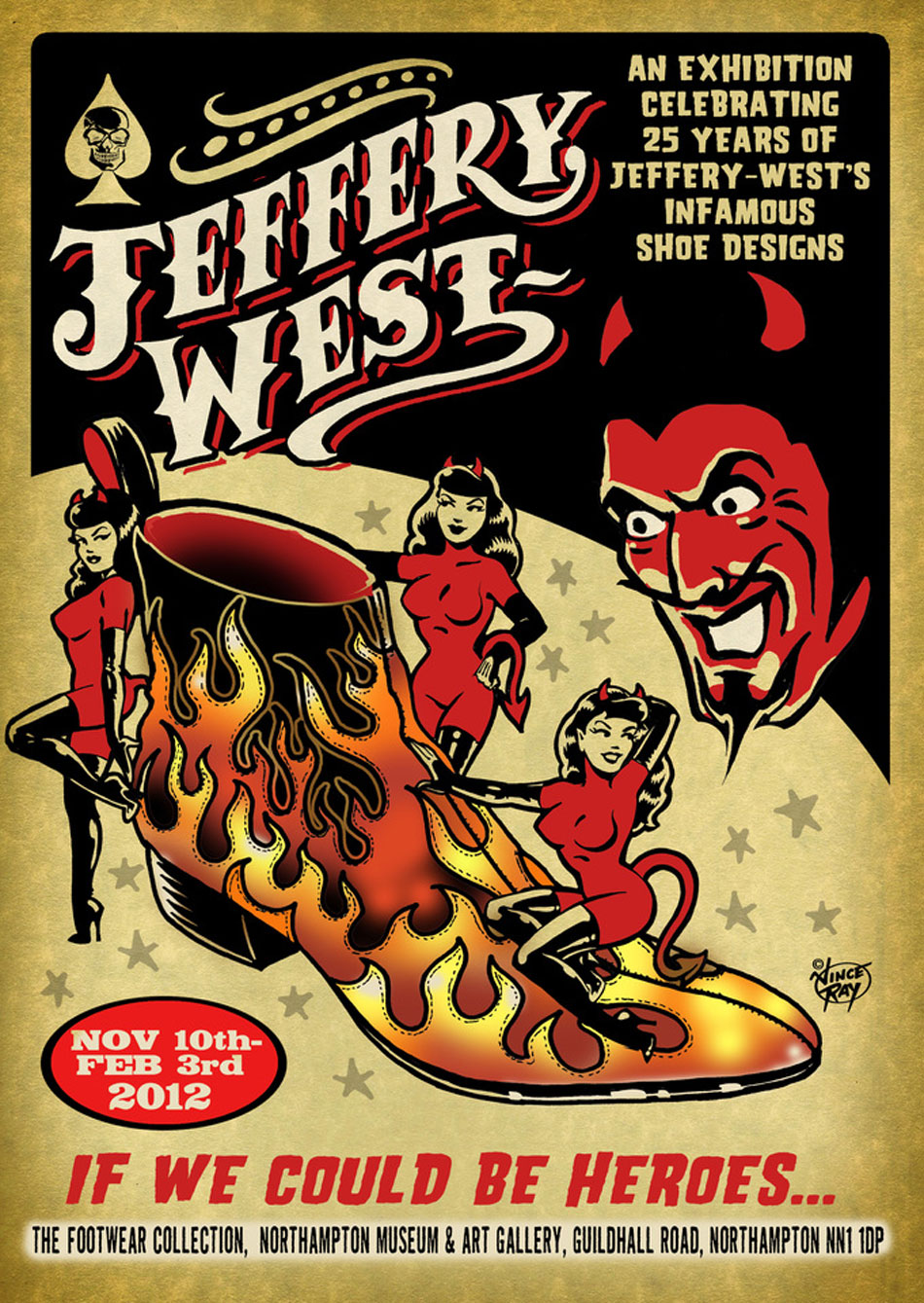 “If we could be Heroes” / Jeffrey West 25th Anniversary