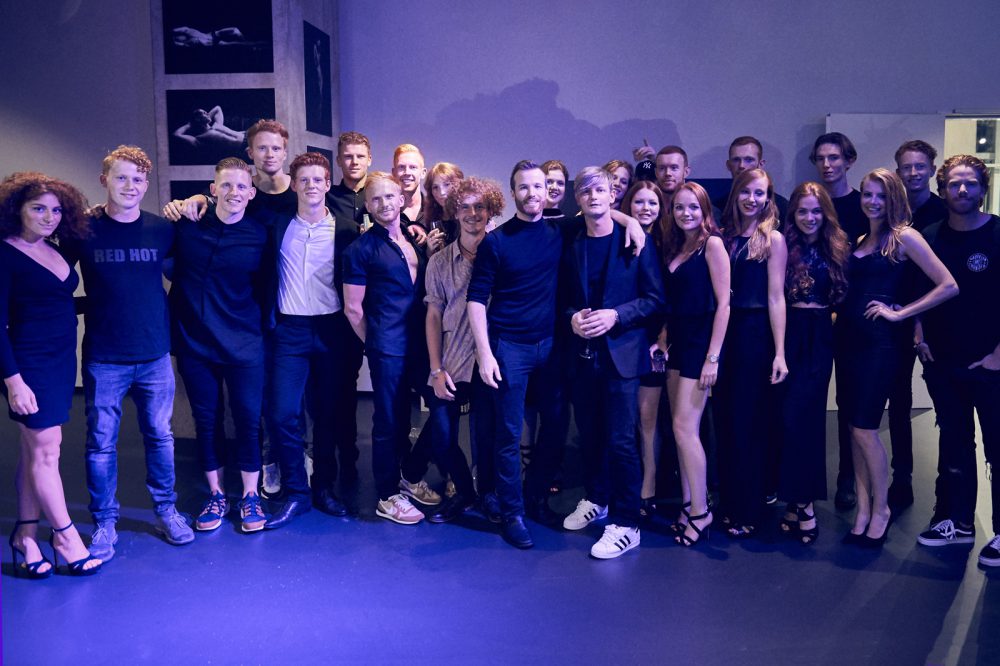 Thomas Knights and Elliott James Frieze join forces for the launch of Red Hot II, with all proceeds going towards the anti-bullying initiative of  Diana Award. Held at the nhow Hotel Rotterdam, Schön! reports from the Dutch city.

When was the last time you publicly said something negative about someone regarding their race? What about in regards to a persons’ sexuality? Probably (and hopefully) it will be quite difficult for you to pin-point an example. However, what if you were asked when you last ridiculed someone for their hair colour, in particular, for being a redhead? Whether it’s a blasé observation said in jest or a cutting comment meant  to insult, it seems attacking someone for having ginger hair is bizarrely still deemed socially ‘acceptable’.

Talking to any person born with a fiery mane of red hair you’re likely to find there is unfortunately one common experience that appears to unify – bullying. Hoping to spark a conversation around this is Thomas Knight and Elliott Frieze who have collaborated to produce a follow up to the internationally acclaimed Red Hot campaign. Introducing: Red Hot II 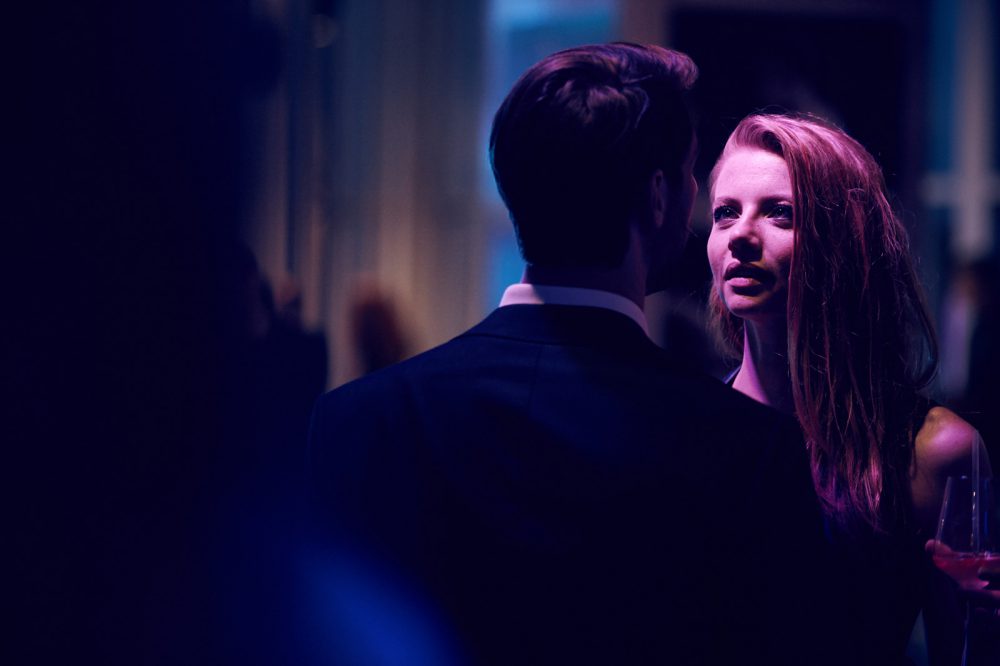 Red Hot II is a unique portrait exhibition solely featuring models with red hair. The exhibition aims to provide an ‘anatomical study of the human form and a portrayal of poetic fragility’. The initial concept is the brain child of fellow redhead photographer, Thomas Knight, propelled by his own experiences and the noticeable lack of redheads to look up to, particularly for men.  Knight created the Red Hot campaign in hope it would help to push boundaries and create dialogue within the ever-changing fashion industry – whilst also celebrating the beauty of red hair and the unique experiences associated with it. Now with Red Hot II Knight has joined forces with British designer Elliott James Frieze to showcase the uniqueness of redheads. Focussing on fair/untanned skin and freckles, together with black and mixed raced redheads – the outcome is breathtakingly beautiful.

The opening was hosted at the gorgeous nhow Hotel Rotterdam and the quirky venue seemed like the perfect place, with rotating art exhibited  from local artists and design furniture featured throughout the entire hotel. Like its predecessor the red hot flame burns bright in the new set of images, except the 2nd instalment of Red Hot unveils a brand new look for the campaign. Full colour photos have been shunned and instead the statuesque models are depicted in close to black and white, the desaturated colours standing as a stark contrast to the models’ red hair. The only part of the image that remains in full colour. The effect is striking and has the models bear closer resemblance to a Roman sculpture than to a mere mortal. 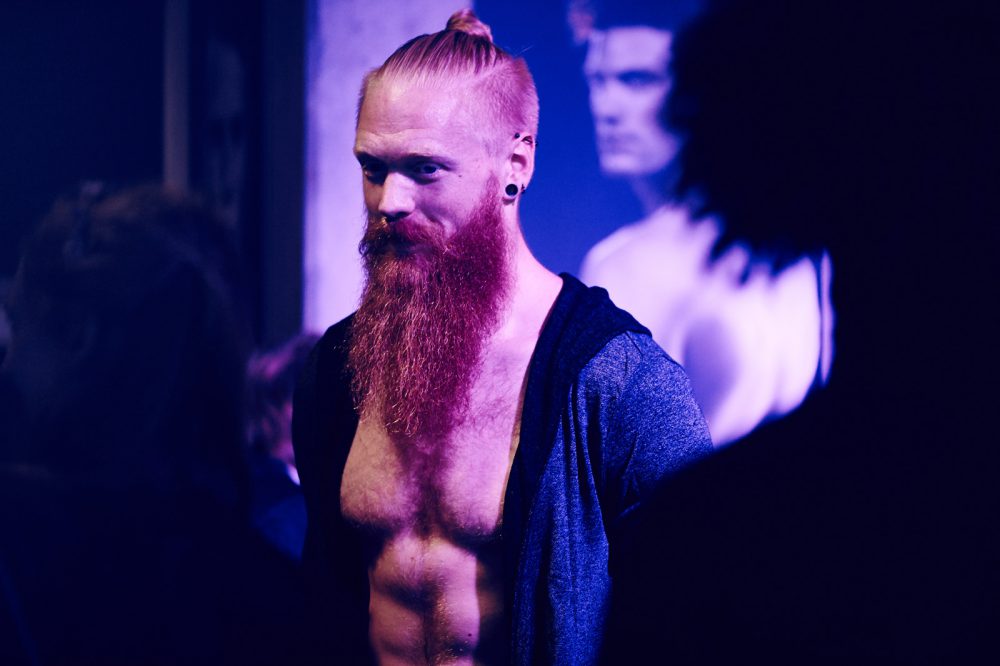 Red Hot II will also be accompanied by the release of an art book and proceeds will go towards raising funds for The Diana Awards anti-bullying initiative. The original Red Hot book was able to raise over £10,000 to date while the Red Hot project itself has managed to raise over £45,000 in total for various charities and good causes.

The current exhibition features models from all over the globe and next to each photograph was a quote from the model. Thijs Meulenbelt from The Netherlands left this heart-warming statement, “When I was a kid I always noticed something: kids seem to make fun of red hair but grown-ups compliment you for it. Just remember that eventually (almost) everyone will grow up.” 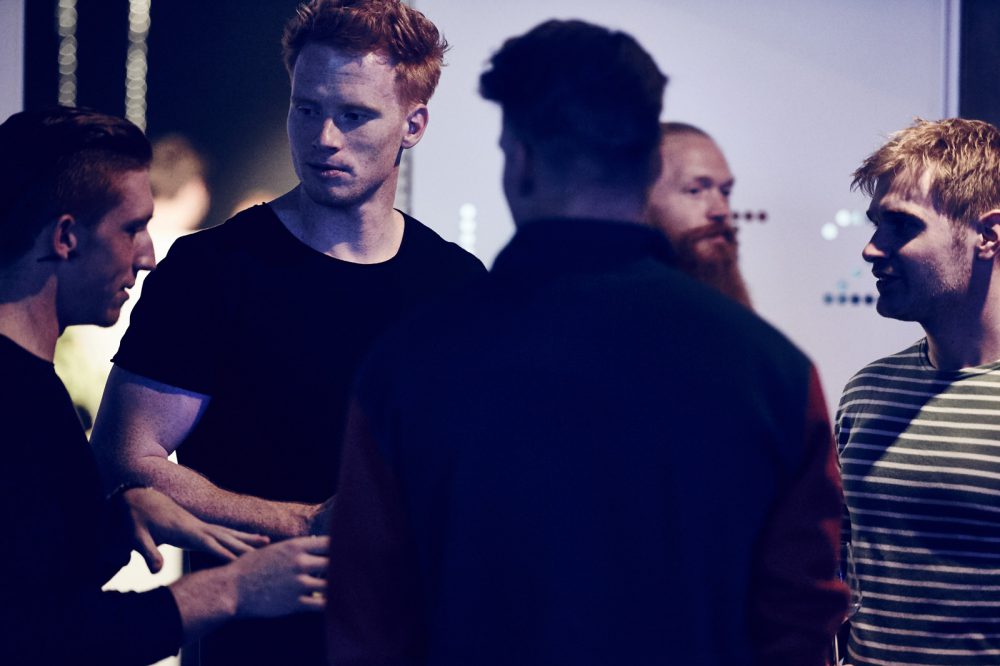 But why should bullying be an expected part of anyone’s childhood experience? It shouldn’t and hopefully the Red Hot campaign will go some way to explicitly challenge this current norm. The core message behind the Red Hot campaign is “Be proud of who you are” and Knight sums this up best:

“It’s about celebrating difference. Championing an alternative view of beauty, currently saturated with sun-kissed images of models. It’s empowering – owning socially perceived flaws and being comfortable in your own skin.”

Red Hot II also sees Knight and Frieze introduce a number of limited edition products, partnering up with specially selected designers with a view of becoming an all-encompassing lifestyle brand in the future. Here at Schön! we definitely can’t wait to see what’s next.