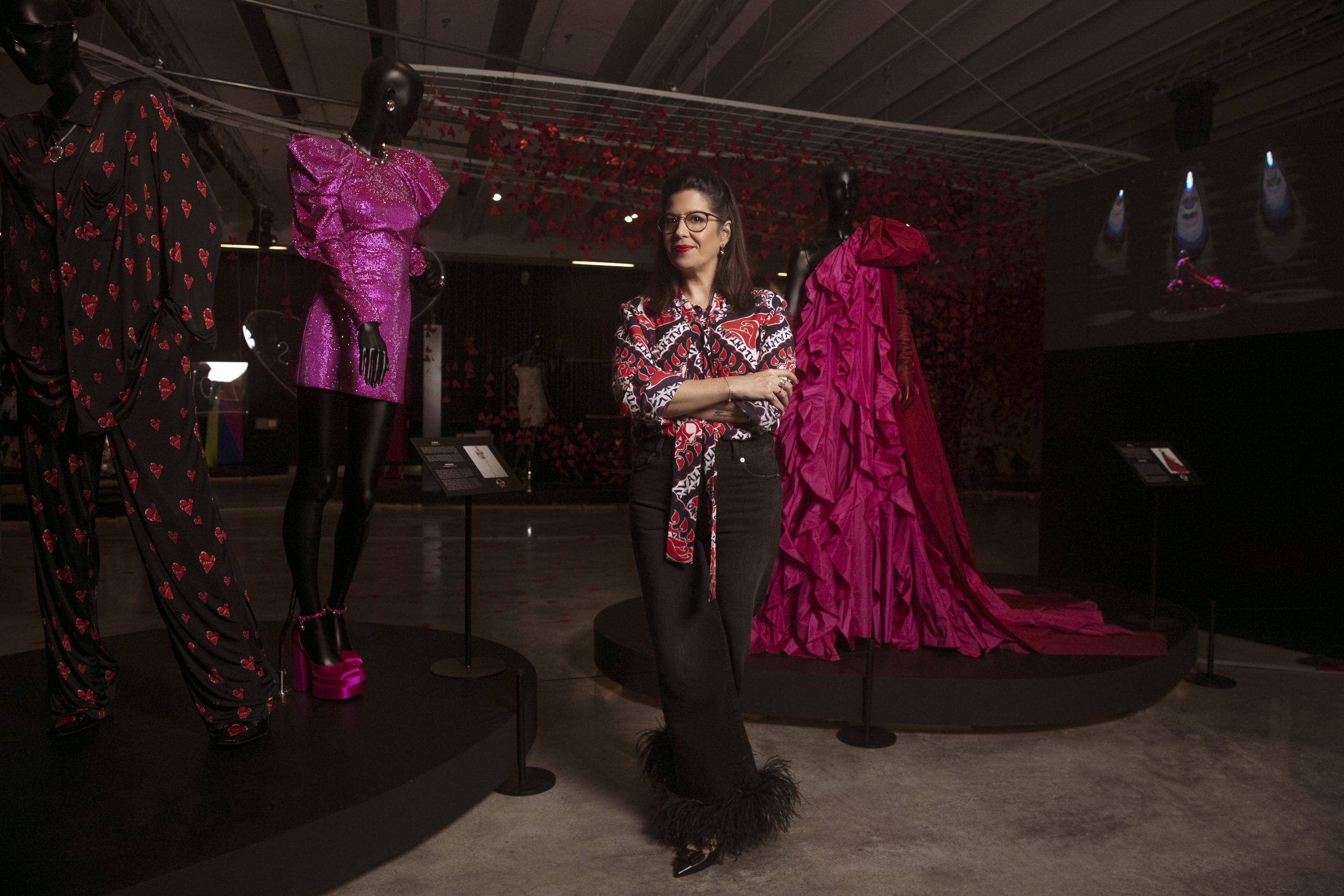 The new exhibition Alber Elbaz: The Dreams Factory, which is currently taking place at the Museum of Design in Holon, Israel, is showing us how to dream. The exhibition covers the activity of Alber Elbaz, perhaps the most famous Israeli designer of all time, and one of the world’s most influential designers, but in a different and unique way. In this exhibition, you see the world of Alber Elbaz and his work over the years – but above all, you feel his exposed soul and his passion.

Yaara Keydar, the curator of the exhibition, is an expert in fashion curation and has decided to tell Alber’s story and to build an entire experience for the audience. Keydar decided to speak about Alber’s dreams, ideas, inspirations and goals, and she has achieved that through the garments. In addition, Keydar brings an important and interesting point of view: she doesn’t intend to summarize the life and career of Alber. Instead, her goal is to present a new story and to inspire and to excite the audience. As Alber used to say: “I don’t do retrospectives.”

The decision to create this wonderful exhibition in Holon is not by chance. Alber grew up in Holon, in the same neighbourhood as the museum – the neighborhood where he started to dream. As a child, Alber would draw women and fashion items, even though these were not popular at that time in Israel. Alber once said that when he was younger he carried two bags to school: one for his notebooks and one for his dreams. This sentence is a great example to show the personality of Alber, a true dreamer who succeeded.

The exhibition actually talks about four cities that changed Alber’s life path: Tangier, Holon, New York and Paris. Each city influenced him in a different way, from his origins to his career. The exhibition’s first floor reflects these cities, with each corner of the room referring to another city. The entire first floor is filled with garments from his first “AZ Factory” collection, Alber’s own fashion house, launched only three months before his death.  The fashion house still exists and faithfully maintains Alber’s legacy. The floor presents multiple displays, each focusing on a different energy or idea.

When first seeing the AZ Factory collection in January 2021, one would think ,‘This guy is a genius.’ It was not just a passing thought. Alber launched his own fashion house like a startup: he thought of all the smallest details and chose to create a collection that mixed haute couture and comfort fashion, which incorporated tech innovations alongside sustainability. 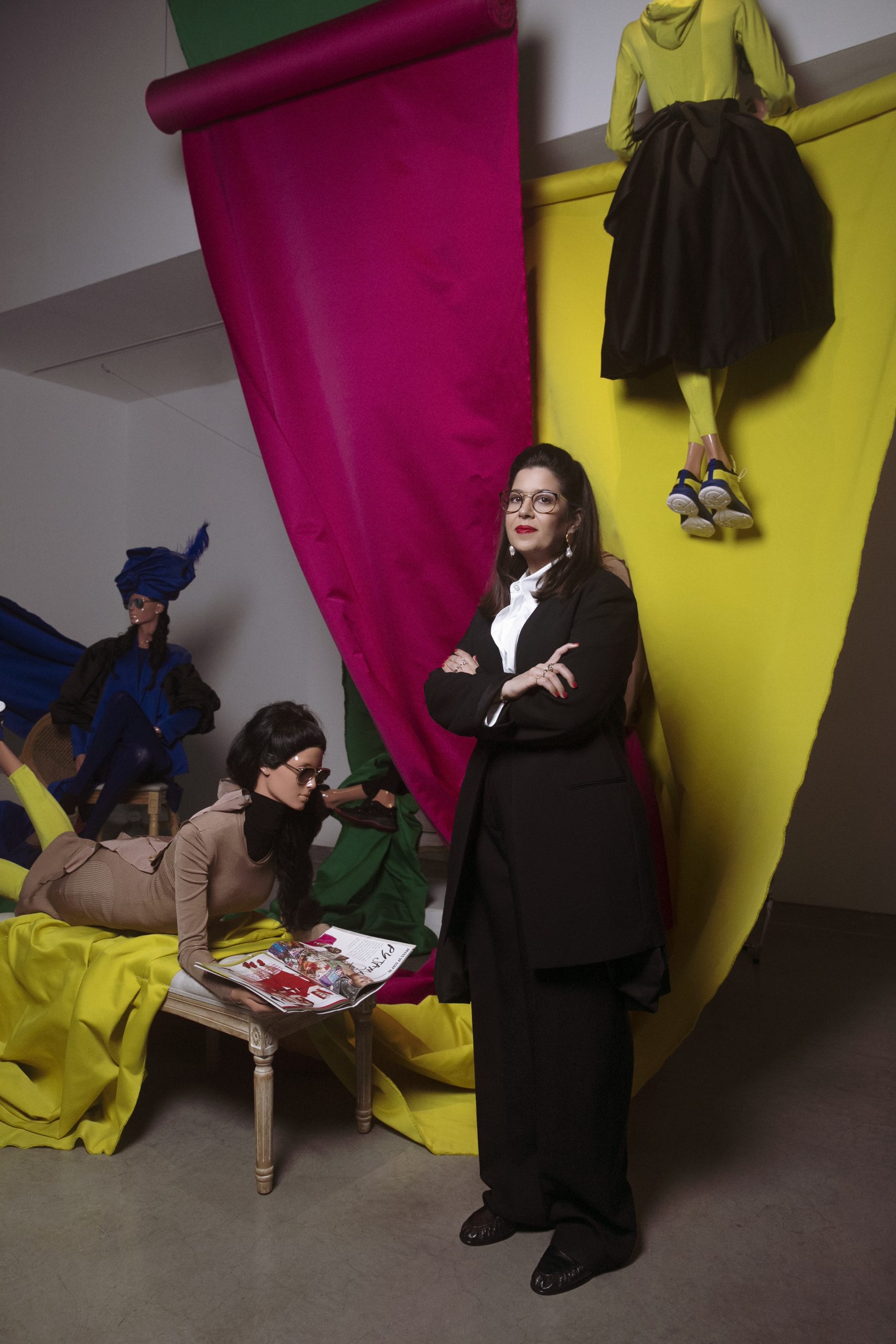 On the top floor of the museum, the curators chose to talk about the legacy of Alber Elbaz. They achieved this by taking all the fashion items from the Paris tribute following his death, “Love Brings Love” and reprocessing it. That tribute was presented during Paris Fashion Week in October 2021, featuring the world’s biggest fashion houses, who yearned to share their respect for Alber. In this show, each of the 46 fashion houses created a garment that referenced Alber Elbaz.

The top floor best represents the values of Alber Elbaz, the man who created garments through love and dreams. The Israeli exhibition about Alber is different because it reveals the place where he came from and the place where he started his career. “Alber Elbaz: the Dreams Factory” is a fascinating journey that everyone who is interested in fashion, but not only, should see. The ‘dreams factory’ of Alber Elbaz shows us that even when you come from a small neighbourhood in a small country, you can follow your dreams and shape your talent.