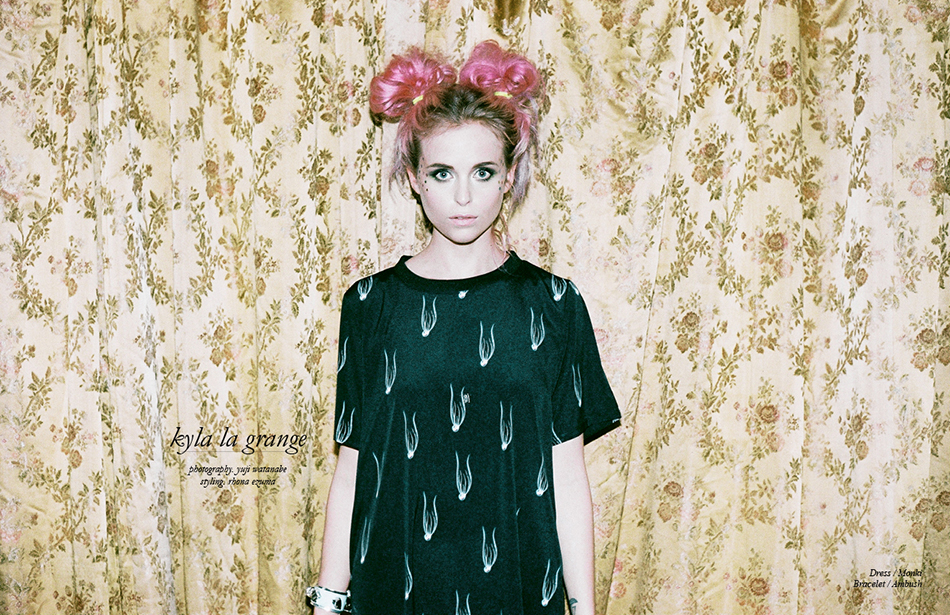 After the success of her debut album, Ashes, folk-pop songstress Kyla La Grange is set to release her second album Cut Your Teeth and talks exclusively to Schön! about headlining at Village Underground, playing in Norway and why her new album is taking a newer, brighter electro tone.

Did you have a strong musical background when you were growing up?

My parents weren’t musical themselves but they really loved music, so there was always something playing at home. My mum loved opera and classical music and she encouraged me to join the orchestra (I played the violin very badly) and I did singing grades up until the age of about 16. There was a little music school near us in Watford and my Dad used to take me there on Saturdays to sing in the choir, and he’d always play ’60s rock and folk music in his car. They’re very creative people (my Dad is a photography teacher) so they encouraged me to be creative too.

Who would you consider your biggest idol?

Well, I really love Cat Power because I just think her music is phenomenal and it moves me so much. I also love Bat for Lashes and Grimes, I admire how they produce their own music and seem to have complete creative control over what they do. I think it’s really important for artists who have very strong ideas about what they want visually (as well as sonically) to go about presenting those ideas in exactly the way they want.

I love the steel drums during The Knife, what were your influences for this song?

I had dug out this old Yamaha keyboard I had from when I was a child, and it has a steel drum preset on it which I just loved the sound of so much. I wrote the song using that, and combined with the xylophone sound, I just felt like the song took on a magical quality. We used real steel drums when it came to recording it properly in the studio, which was amazing – I loved watching and listening to them being played. The song is kind of a mean song – about a strong, bitter woman saying to a man that he has been weak and pathetic for losing his love – and I don’t really often write mean songs but it kind of resonated with how I felt about the story I wanted to tell. I think the instrumentation combined with the lyrical content makes it quite unusual, because you sort of expect it to be a happy summery song, but then you realise it’s not. 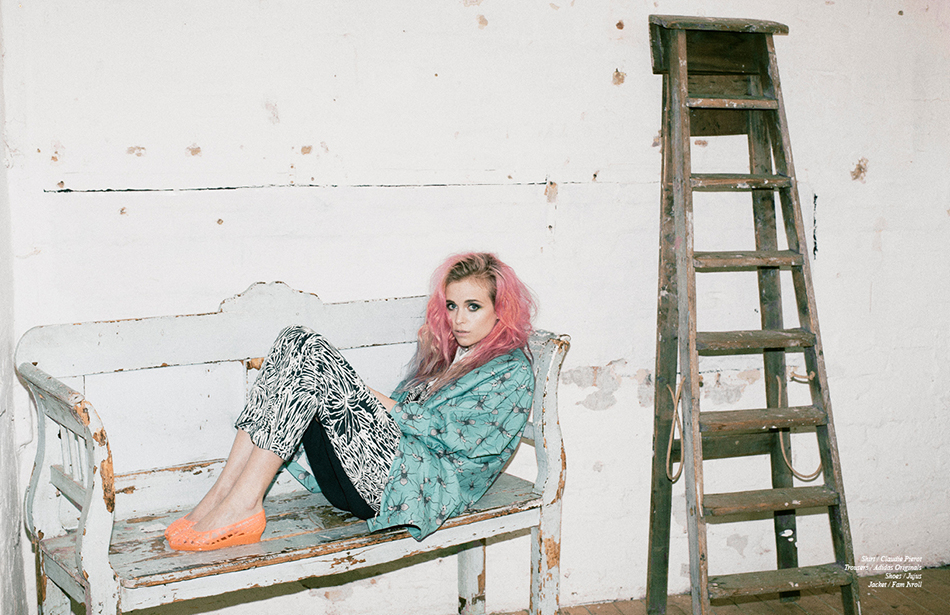 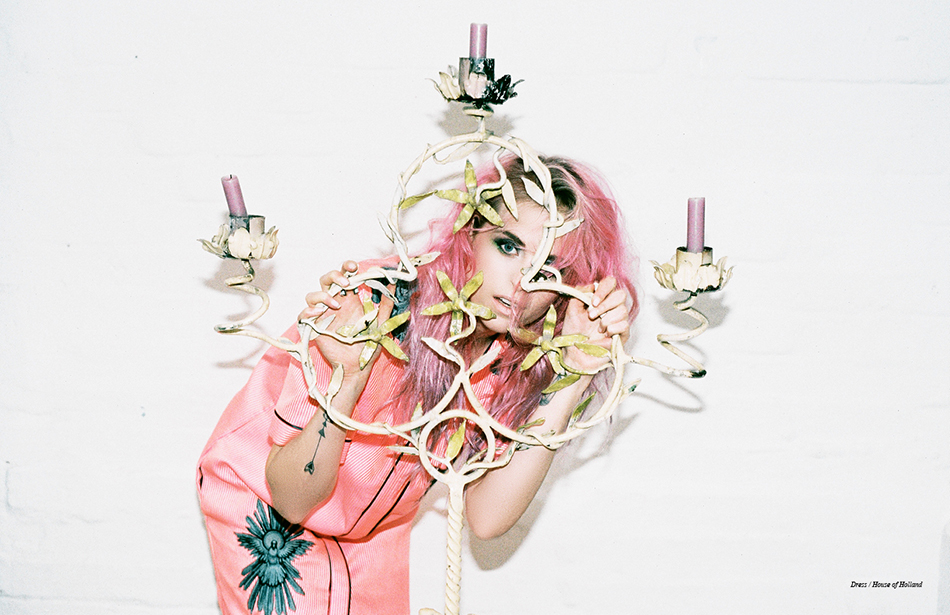 What made you decide to do a Maccabees cover of Love You Better?

Partly because I love The Maccabees, and partly because I just had my guitar in some weird tuning one day and starting messing around on it and realised that the song could sound quite nice played like that. I didn’t really set out to do a cover, I just started playing the song and then realised it sounded interesting played that way.

Your earlier works like Vampire Smile are much darker and gothic compared to your new, brighter electro tone, what made you decide to take a new direction? Would you say your second album differs much from the first?

Yes the second album differs hugely from the first. There are two main reasons for that. Firstly, I was happy when I wrote this album, whereas when I wrote Ashes I was pretty depressed most of the time. Secondly, that old keyboard I mentioned earlier – it brought back so many memories and the sounds reminded me so much of being a kid and growing up, so I just felt inspired to write kind of nostalgic songs that looked back on what I saw as formative events in my life. I also started playing around on Garageband a lot more – making beats and finding cool sounds, so the songwriting was a lot more fun. 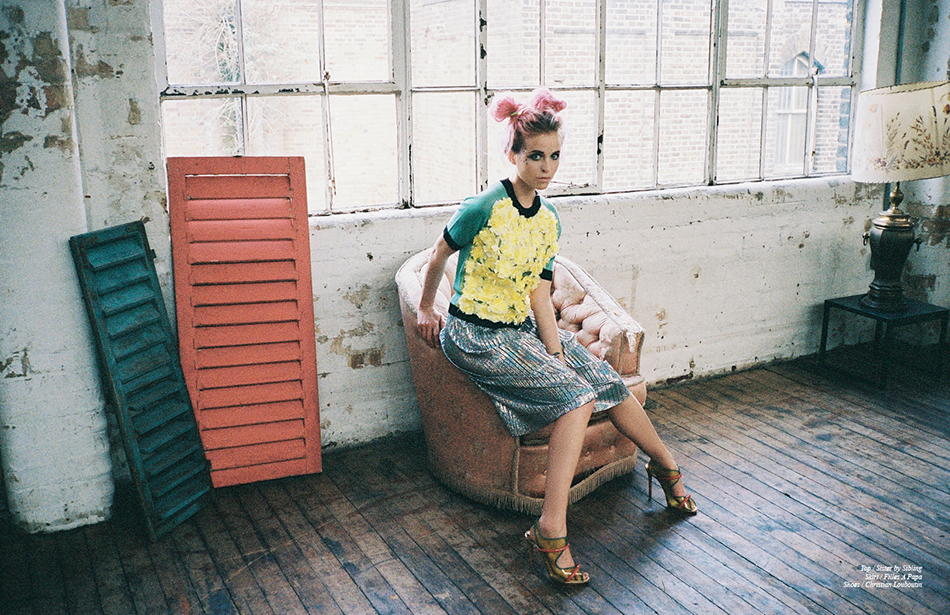 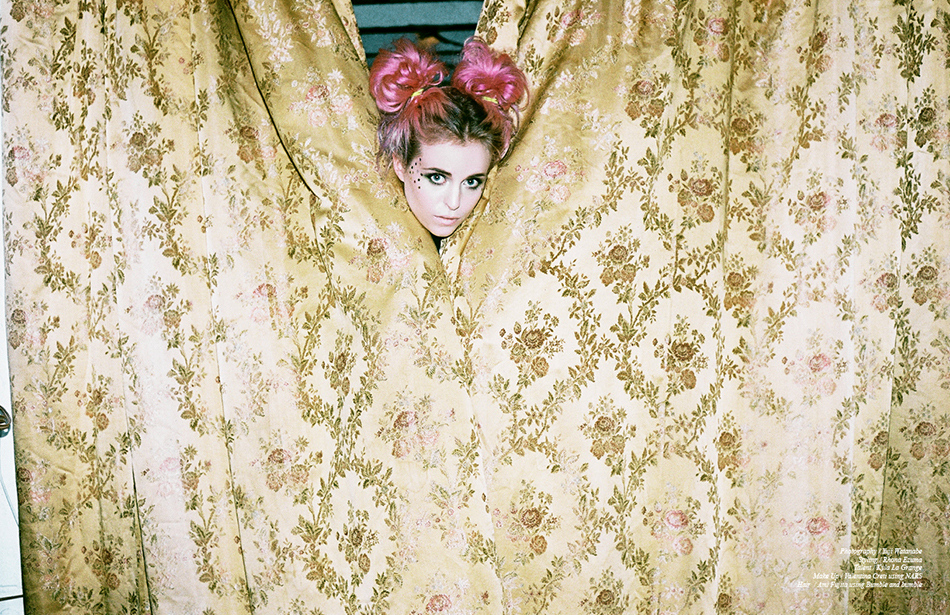 Would you combine UV body paint forces with Kesha and Demi Lovato?

I hadn’t seen those videos before – just had to go and have a look! Yeah the UV looks cool. I’m not sure our music is very compatible but we could definitely join forces on the UV front.

What is your biggest accomplishment?

Writing two albums probably and bringing up a little dog.

Is there anyone you would love to collaborate with?

I’m not really much of a collaborator – I like to write on my own. However, I did get to do a version of one of my songs with Nick Zinner and Richard Russell after Africa Express and working with them was amazing. I’d love to hear Booka Shade do a remix of one of my songs but I guess that’s not really the same as collaborating. I’d love to do something with Cat Power but I’d probably be so intimidated by her brilliance that I just wouldn’t be able to speak.

Where are you looking forward to playing this year?

I’m so excited for Secret Garden Party because I love that festival so much. Also we’re playing this festival called Trænafestival in Norway which is supposed to be in the most beautiful setting. I’ve never been to Norway before so am looking forward to that, and our headline show at Village Underground in October because it’s my favourite London venue.

Would you change anything that you’ve done?

Yes, I wish I could have just put all my music up online for fans to buy the minute that I finished it, but unfortunately the music industry doesn’t work like that. I have this thing where I get very bored of my own music very quickly, so for me it would be most exciting to put the track up while I’m still excited by it. In the real world though you have to wait AGES from when you finish recording the song to when you put it out. I don’t think I could’ve done anything about that though.

Follow Kyla La Grange on twitter for up-to-date information. Cut Your Teeth is due for release 2nd June.

This Schön! online exclusive feature has been produced by