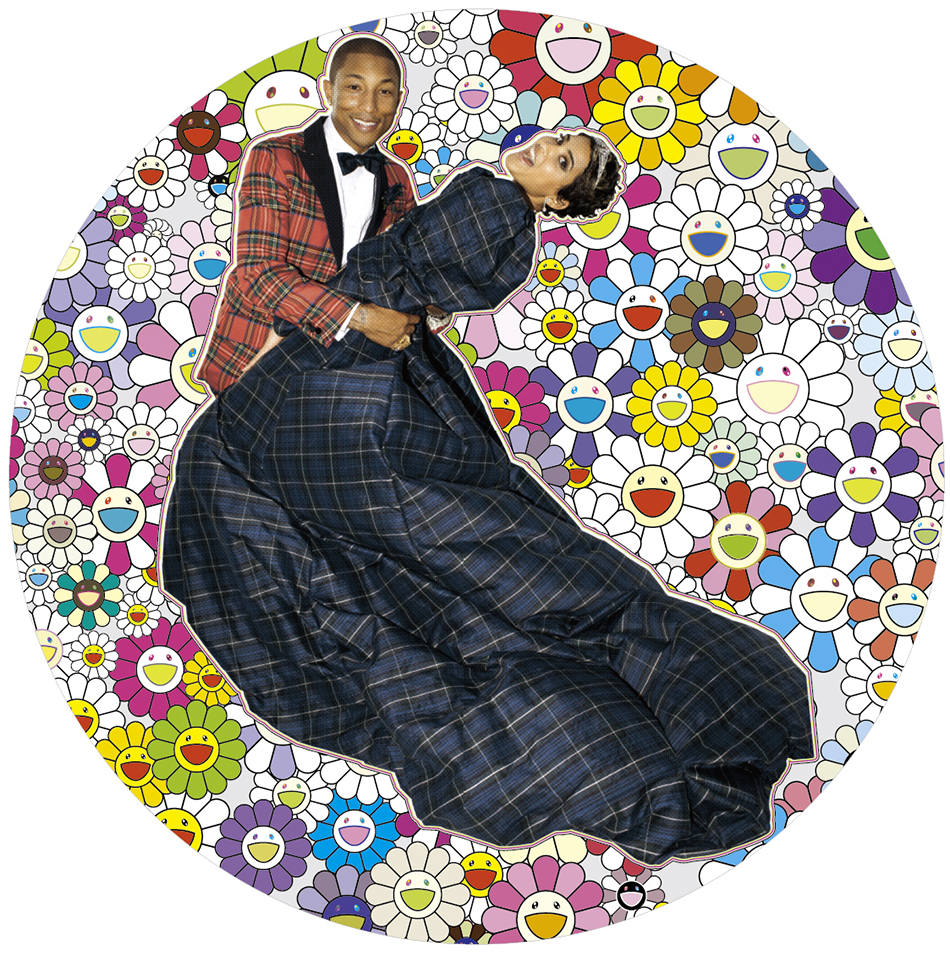 In fact, Mr. Williams wears many hats: he is a singer-songwriter, record producer, fashion designer, rapper, and most recently, art curator. To signify the release of his new album, “G I R L”, Pharrell Williams collaborated with contemporary art dealer and friend, Emmanuel Perrotin, to develop an exhibit that celebrates femininity through the eyes of 37 artists (18 of them being women). 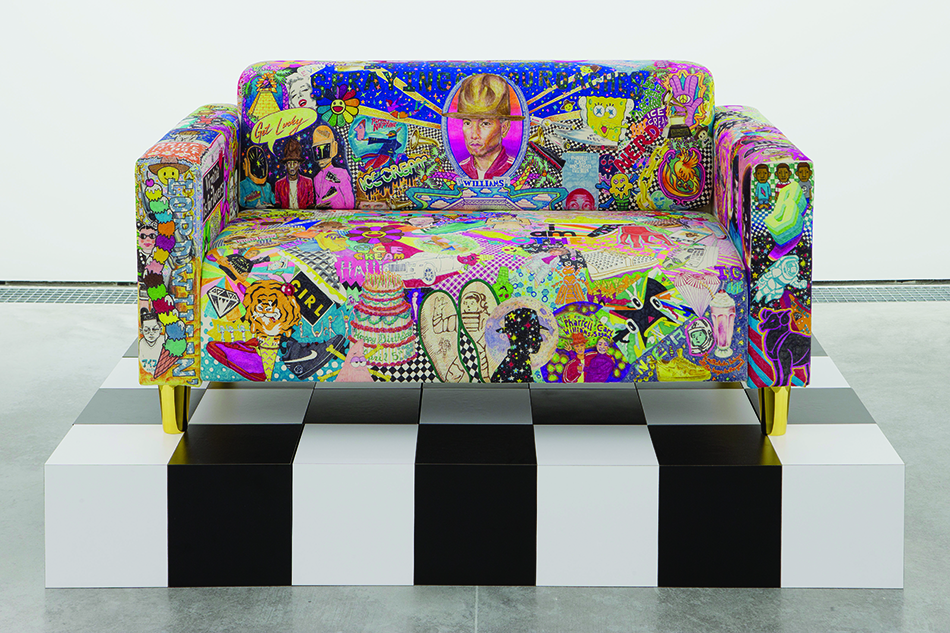 Which begs the question: if “G I R L” serves to honour the female sex, why is our attention immediately drawn to Othoniel’s phallic Murano model? Well, despite its pedestal facade the delicate looped shapes symbolize the female form.

However, Pharrell not only choreographs an ode to womanhood but an ode to otherness. The exhibition quietly, almost silently, is propelled by a faint virile touch to remind the spectators that behind after every great man there is a great woman. A performance piece by Marina Abramović and her former lover, German artist Ulay, shows them drawing a bow and arrow, one holding each side. Ulay points the arrowhead at Abramović’s heart but she appears impenetrable. The rubbery tension between the two figures is harrowingly poetic and proves, as Pharrell claims, “being a woman is still being the other.”

The exhibit is full of unexpected effeminate curves and twists. What would be an art show driven by pop-culture without a little shot of contention? On display is an image by photography’s lecherous shutterbug, Terry Richardson. The photograph displays a chocolate heart shaped cookie which reads “Eat Me” in bubblegum icing placed on top of a woman’s genitals. Yes, there is something perverse about this twisted take on Alice and Wonderland. But the image does not condemn female eroticism… it exonerates it. Other tendentious highlights include American post-pop artist Robert Pruitt’s vibrant Pharrell-inspired love seat, where Mr.William’s face, along with the markings of Takashi Murakami and various icons such as an open-mouthed Marilyn Monroe adorn a couch made for two.

What is a “G I R L” for Pharrell? Are females the product of their own sexual desires, are they impassable beings created to deflate a man’s archery, or are they intertwining diaphanous spirits made of Venetian glass? Well, we’re not quite sure but as the king of “happy” puts it “artwork teaches you how to live and think differently.” Maybe being a “G I R L” teaches the same.