Urban street youths slouched between the tailfins of their Buicks; Italian-American greasers, all coiffed hair and chiselled abs, leaning against lampposts, arms laid on thighs in a pose at once intimidating and inviting. These are images of a mid-20th century America deeply tied to the history and culture of the country — think Brando in The Wild One; Dean’s Rebel Without a Cause, even the Jets and the Sharks of West Side Story — yet South Brooklyn-born photographer, Danny Fitzgerald’s work on this very subject was so little seen during his lifetime that the photographer is only this month having his first ever exhibition at the Steven Kasher Gallery in New York City. 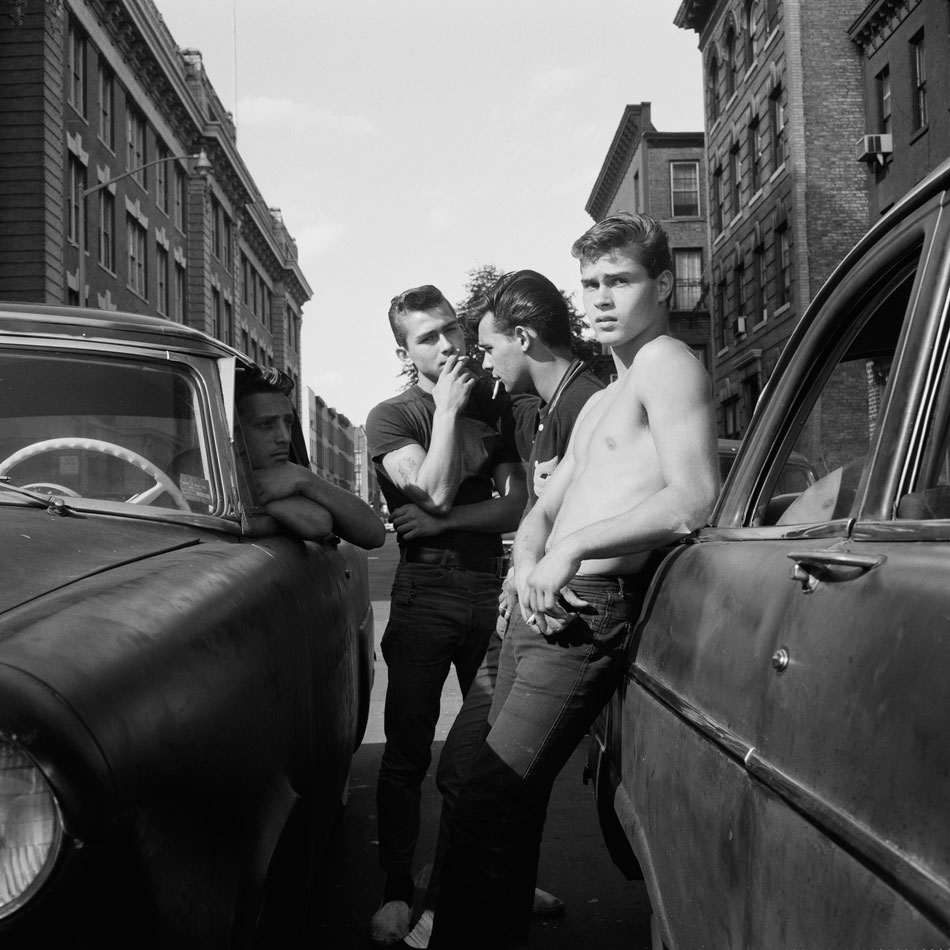 We can thank Robert Loncar and James Kempster for rescuing Fitzgerald’s work from the depths of obscurity. Together, the writer and editor made it their mission to uncover the history of the little-known photographer and in doing so uncovered a treasure trove of his work, which they have compiled in a new book named Danny Fitzgerald and Les Demi Dieux: Brooklyn Boys, from which the exhibition, which features 35 portraits and male nudes in both black and white and colour, takes its name.

Born in 1921, Fitzgerald did not seriously take up photography until he was in his thirties. He began by photographing the young aspiring bodybuilders he met at Abe Goldberg’s gym on the Lower East Side; a world away from the South Brooklyn streets of his own youth. A physically small and deeply private man, Fitzgerald would gain the confidence of his subjects by, in the words of Loncar and Kempster, “asking their assistance with his own workout or partnering with them for training. In the process he impressed them with his knowledge of worldly literature and culture, as well as his ingratiating encouragement of their physical beauty, and a ten, twenty or fifty-dollar bill slipped into the pocket of their chinos.”

His early photographs, processed, like much of his life, in private, were standard beefcake-esque compositions of his models in posing pouches and bikini trunks. He sold his work, covertly, to private collectors in a time when homosexual activity could land you between two and 10 years in jail. This cloud of “censure and secrecy” write Loncar and Kempster” would hang over his work the rest of his life.” 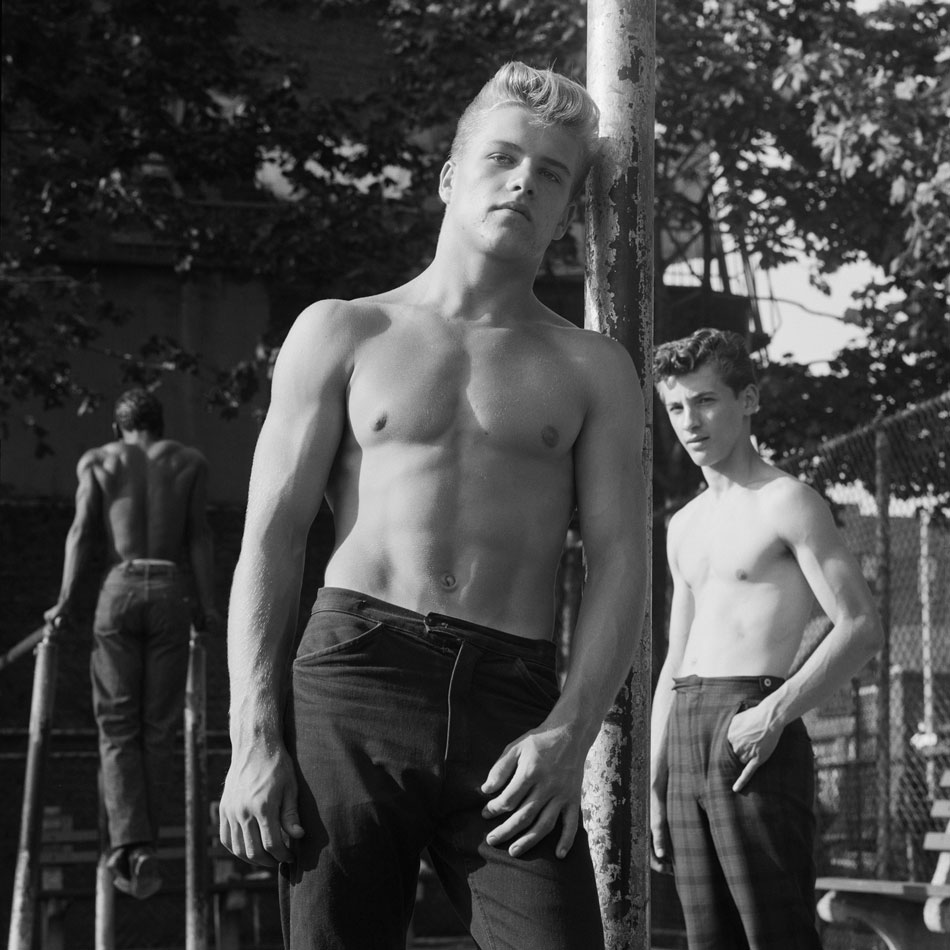 In the 1960s, now in his forties, Fitzgerald met the handsome bodybuilder Richard Bennett, who would become his primary model and collaborator. With Bennett at his side, he returned to the streets of Carroll Gardens with his camera and photographed the “South Brooklyn Boys,” Italian-American greaser gangs, as they loitred and smouldered on the streets. Later, with Bennett as bait, he would coax them indoors for a series of tasteful nudes. From this point on Fitzgerald’s work shifted out of the standard of beefcake photography into the realm of a grittier realism; documenting Brooklyn youth culture with an eye that was years ahead of his time.

Together Fitzgerald and Bennett ran the Les Demi Dieux studio together, but – due to his refusal to be pigeonholed as a standard beefcake photographer, or to conform to the clichés of the genre – Fitzgerald’s work was little seen until Brooklyn Boys: Danny Fitzgerald and Les Demi Dieux was published by Bruno Gmünder Verlag of Berlin in October 2013.

Brooklyn Boys: Danny Fitzgerald and Les Demi Dieux opens at Steven Kasher Gallery on December 12. There will be an opening reception and book-signing with Richard Bennett on December 12 from 6 – 8 p.m. The exhibition is presented in conjunction with Roxanne Lowit: Be Fabulous.