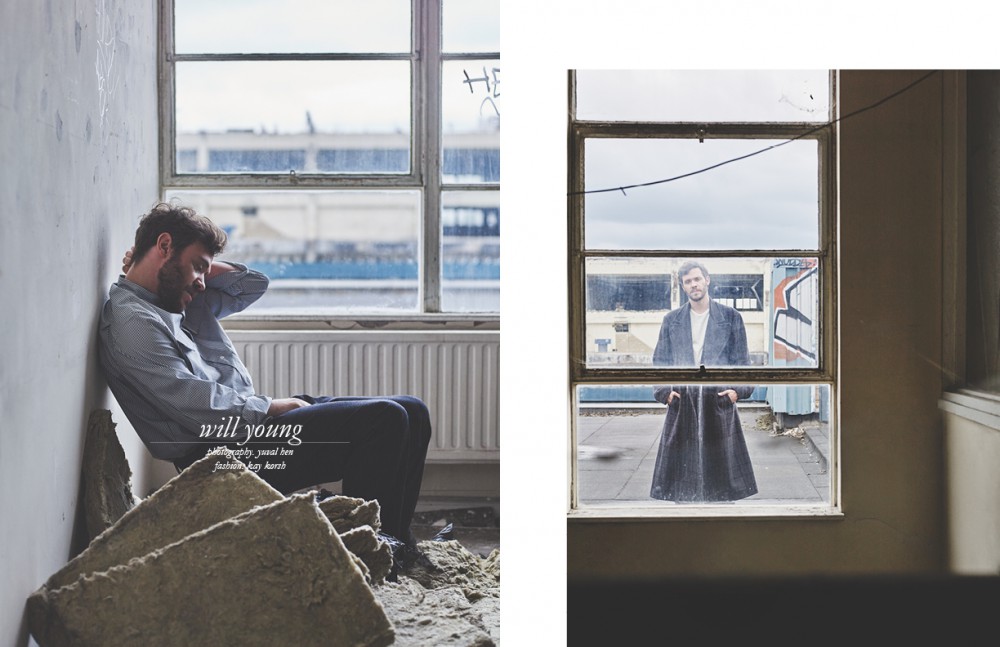 It would be hard to add more titles and hats to the vast collection Will Young already harbours. Whether that be his three – now four – N°1 albums, the biggest selling single in the 21st century (Evergreen, topped recently by Pharell’s Happy, damn), three Brits or his nomination for an Olivier Award, his list of successes is expansive. He’s a writer, activist, teacher, actor – oh, and a singer – a true Renaissance man, in all his glory. His Pop Idol success story seems a distant memory, now that he’s on his sixth album, but his trajectory since, both personal and professional, has shaped the music scene. Now back on the airwaves with 85% Proof, Will Young is back to conquer fans, old and new alike, with a majestic, soulful, anthem-filled ten-piece album. Schön! takes Will Young on – face-to-face – to uncover some of his darkest secrets: few know that he’s an ordained priest, for one. Also, he just so happens to be the nicest gent out there.

Really? I bought two nice Paul Smith shirts and shorts this season. It’s can be a funny mix with Paul Smith.

You’ve either got a super-conservative-granddad… or incredibly nice.

Are you actually going to a wedding?

I actually am going to a wedding. Technically, I could even do weddings. Because when me and another friend got drunk, we went on some website were you can ordain yourself, and ordained ourselves as priests. We were there drunkenly printing off our copies…

There’s your calling! Do people know that you’re an ordained priest?

They do now! [laughs] Oh the powers of the Internet church! I think you can pay to be a bishop but it’s free to be a priest.

A bunch of options…

Yeah, bishop is a one-off payment but it’s like a monthly subscription for Archbishop.

That must be how the Church makes money.

A great friend of mine is very religious, but we actually have extremely similar viewpoints of ways to live our lives so we just have different philosophies…

I read a very good article recently. People have this fear of death, and religion is a way of removing that fear, the most primal terror. By questioning someone’s belief in their religion, you’re basically asking them to face the fact that there’s nothing, it doesn’t really carry on.

If it’s just the life philosophy – I can identify with that. Anyway: 85% Proof.

85% proof that I am not going to heaven, is that what it is?

85% proof that you are agnostic.

A First, I think? A distinction, even! So you recorded the new album in 10 days, from beginning to finish?

It was broken up, I didn’t realise until I looked at the sessions that I had done. We would do like three days at a time. When I looked at the date and collected the days I noticed we just did it in ten days. Which is pretty fast. 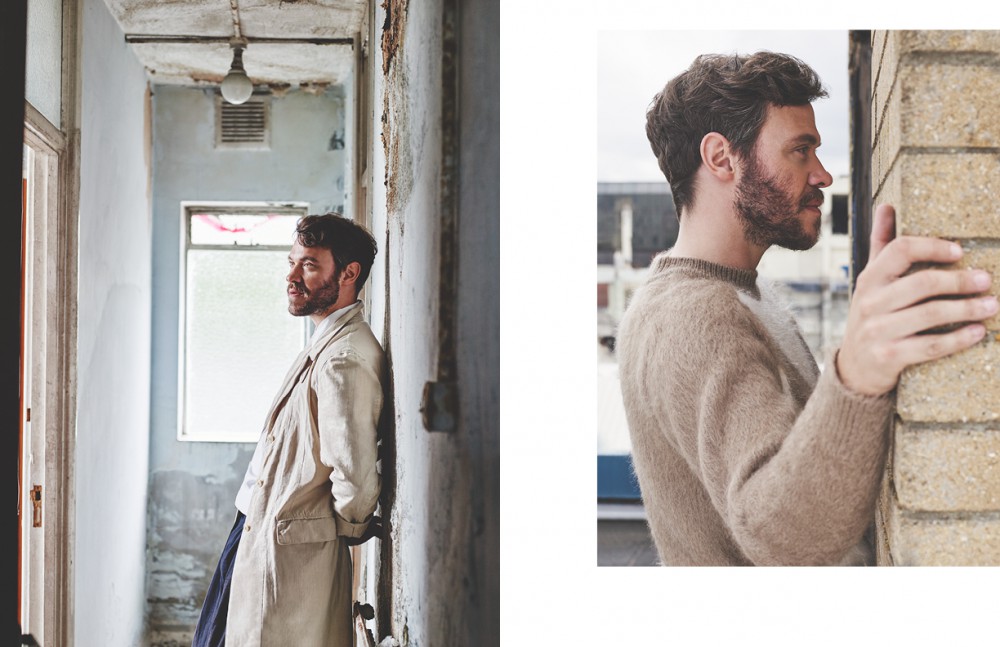 Definitely. It’s quite an eclectic album, musically. It’s very rich and an amazing listen. I’d hate to use the word mature, because that’s really patronising, but it’s very much got your signature on it.

I think it is. Even though it’s eclectic. It’s hard to be subjective about my work, though. To be honest, I don’t really know what it is. I remember playing Emcee for Cabaret, and I couldn’t actually tell you what went on, on stage. I didn’t really make any choices about his character consciously…

Method acting, to an extent?

Sort of… It’s the same for song writing for me. I can’t really tell you what the notion behind it is. It’s a personal thought. It’s more put together, more well-rounded.

A lot of people write an emotionally intense song and still kind of extrapolate to make it universally applicable. This album, however, feels very… personal

It is very personal. I tried to write something like this before… but here I didn’t really try and, because of that, I think the lyrics were stronger. At the time when I was writing it I wasn’t thinking “oh, that’s a dark lyric”: it just kind of went with the imagery. It all came from the imagery, rather than “I dropped some eggs in the supermarket, so I’m going to write about that.”

We would start with a story – I’ve done a lot of writing recently – so I channelled that I guess.

I do a lot of writing, yes. Quite varied stuff – about wellbeing, social commentary… I love it.

Well, I don’t really know. I don’t read any reviews, because I’ll either get big headed or it’ll be someone being negative about it. That can really be the skew of it – it can come from fear based. I mean, it’s great it went to N°1. There is, of course, this pressure of still being relevant. That is a sign, at least, that it’s not a complete flop [laughs].

Obviously! And you’ve always had a wide fan base, that’s developed over the years, has grown with you, and you’ve won over new fans as well…

Particularly with the last album! There were the really young ones, at the beginning with Pop Idol. That changed with the second album – so quite quickly – and developed into different age groups. Then, with the last record, I brought on young people again and I could just see it. It’s really interesting in terms of who shows up at gigs. Festivals and outdoor shows will be younger, and theatre shows would be more 30 – it goes up to 80. It’ll be really interesting to see who comes on the tour. 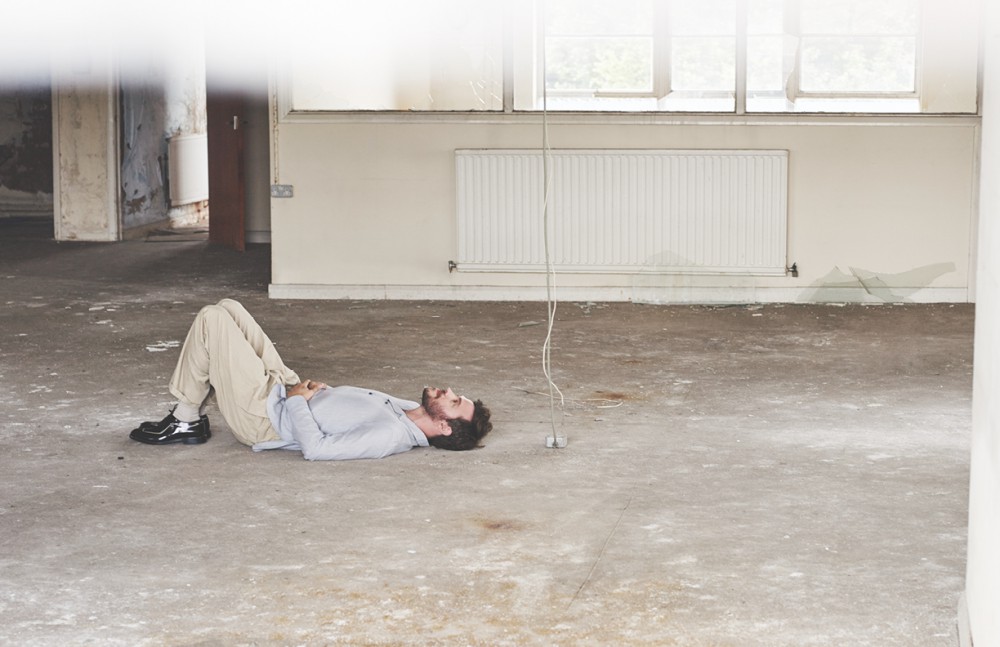 There are quite a lot of dark themes on the album, notably brought up in Like a River. Do you feel more comfortable now, looking back in retrospect at certain situations, emotions?

Yeah, it’s me fighting the demons! It was definitely written from the idea of erasing things that are tough inside myself. So I guess it was a full celebration of making it an open battle, such as with Like a River, as you say. The Dalai Lama was at Glastonbury and he said transparency is one of the one most important things. I think the idea of transparency is beautiful – it ties in with vulnerability, which is also one of the most beautiful things we have.

You’ve spoken about and promoted mindfulness a lot recently – which is kind of like Cognitive Behavioural Therapy?

Well, yes, in parts. It’s definitely an easier way of living. I think the problem with mindfulness, is that the word has become bigger than what it actually is. I never set out, consciously, to practice mindfulness. As in, I didn’t pick up a book and read my way through it. I just kind of naturally sort of got there and just kind of made those things. I just noticed things more, and thought “Oh that is interesting, I’m feeling down today” and instead of allowing it to take over me, clam up, and end up doing a bad interview or whatever, I’d just notice it – and it would go away.

I really like talking about it. Why not share things with people? Again, it’s about transparency. I think we’re beginning to become less emotionally stunted as a country. Just get people talking!

You’ve been very vocal in terms of mental health, and you’ve focused on promoting it for younger people as well. Considering there are a lot of people who don’t really admit to suffering from mental health issues, do you think it’s something as an artist, as a public figure, that more people should do?

I suppose, for me, it kind of helped that one of the reasons I became an artist is because I wanted to communicate emotions in that way, it’s never been a conscious choice. It just seemed natural.

I think there are some people who do talk about mental health, mental wellbeing. There was a thing on Panorama last night, about the NHS, and this doctor was saying that a lot of people are just seriously unhappy. And that’s awful.

In London, the average is even lower than the rest of the country. Quite significantly, in fact.

Is it? That doesn’t surprise me actually. It’s like the New Year’s Eve of cities [laughs]. Wonderful or horrific, depending on whom you are with and what’s going on.

Moving on to slightly happier subjects, your latest single, Thank You, has just been released. You’ve previously mentioned it was about a teacher…

I had a very abusive teacher at school, yes, who a huge bully. So I wrote that song about it. 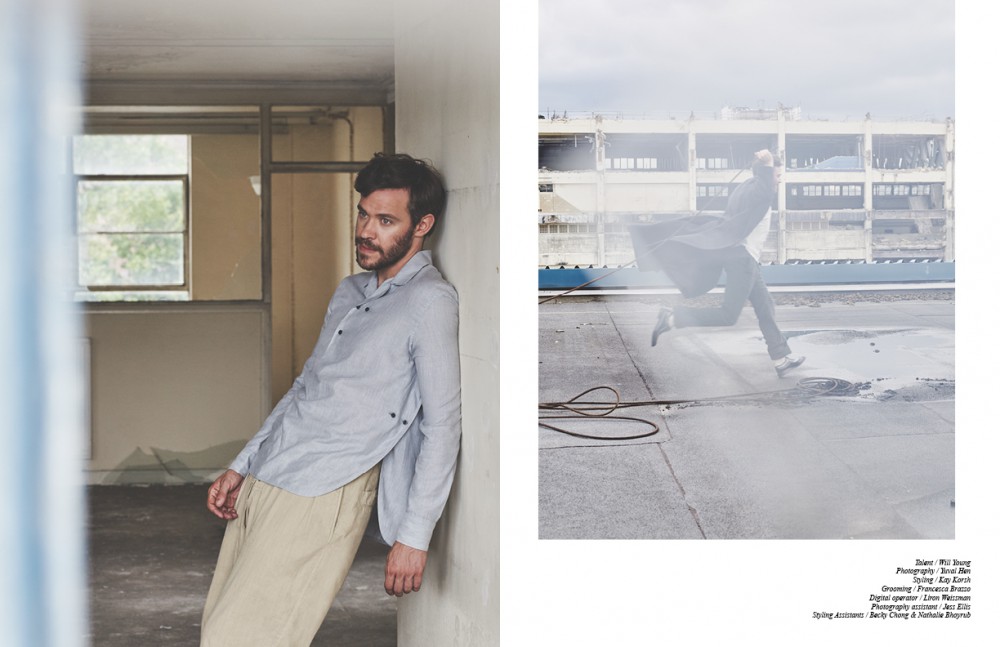 No, it was something really emotional about it all. When I watched the video for the first time – it really gets me here. I think it’s emotive; but like you said, it’s not vengeful.

It actually started because of the first line. There’s actually a story behind that, about my friend who I did a play with. She was shut in a cupboard by a teacher as a child. Weirdly those lines came to mind, then I remembered my story.

Michelle [John] is just absolutely stunning. She cried when she did it. I said ‘let’s just do one more take’, and she burst into tears at the end. And it was perfect. Go out there and go for it.

On the subject of schools – you’ve always been an honest and open face for the advocacy of LBGTQ+ rights and have brought up many an issue publicly, and you’ve also argued about the importance of education. Is it still a relevant fight still?

I think so. In fact, I think I’ve become more of an activist. I’m socially motivated – I think it’s all about schools now.

It’s all come from being a musician. I’ve been able to talk about things. It was never a question to hide my sexuality – one small facet of who I am – and that’s led to talking about stuff, with no fear. I don’t fear homophobia. You have to keep on pushing for everything. The thing is that I get horrendously impatient, on most things. So I go and bark at education secretaries and say “Do it now!”. I suppose it’s not really the way to do it. But I will not stop until it comes about in schools. If we can do something about it, why wouldn’t we do it something about it?

85% is out now. Watch the Thank You video here.
The Love Revolution Tour starts 29th October 2015. Find out more here.