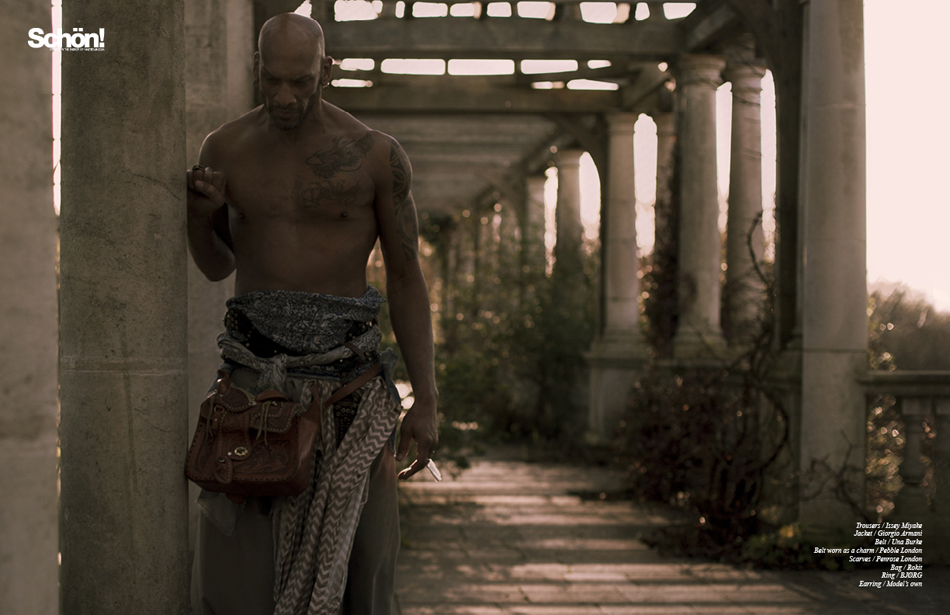 He is displaced, his determination is diminishing and he must call on his inner strength. He is dignity embodied, he is the lost warrior. Model and actor Vladimir McCrary stars in this powerful portrayal; beautifully shot by photographer Diego Indraccolo and expertly styled by Kay Korsch, you cannot fail to be drawn in by the exquisite majesty of each image. 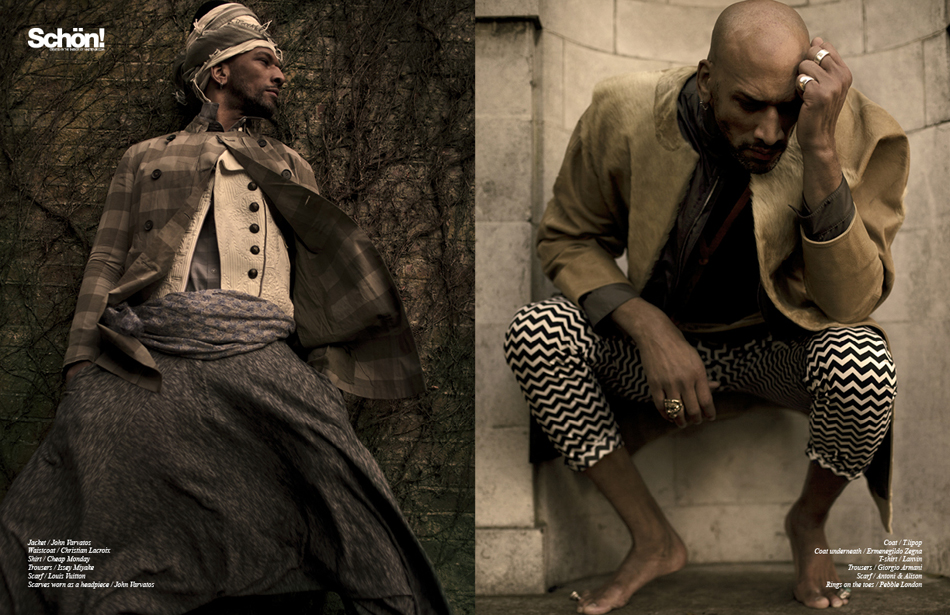 Bathed in a cold, gold light, armour and intricate headpieces from Pebble London and Manuel Albarran juxtapose flowing fabrics and soft tailoring of Giorgio Armani and John Varvatos garments in an intoxicating blend of Arabic influences with a twist of European sharpness. 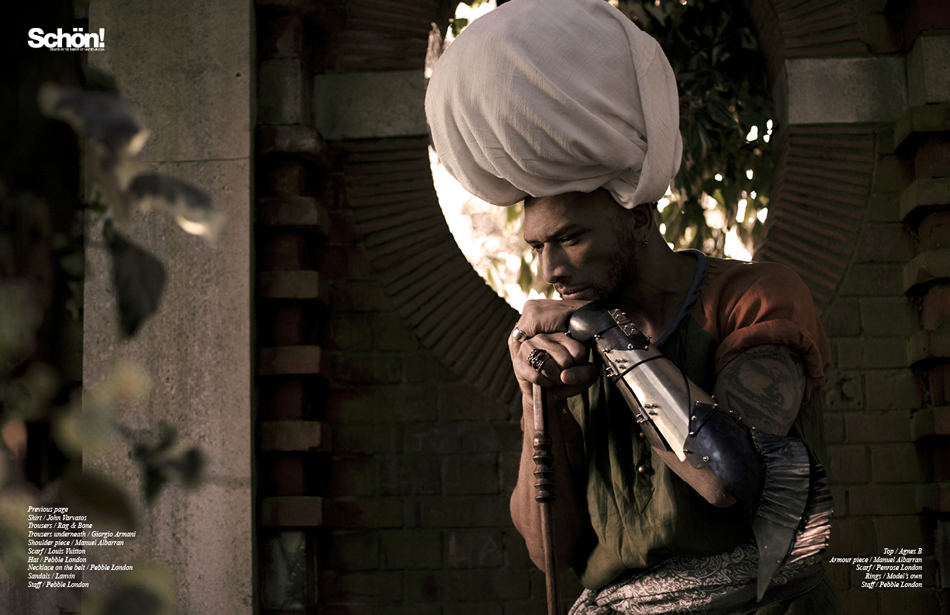