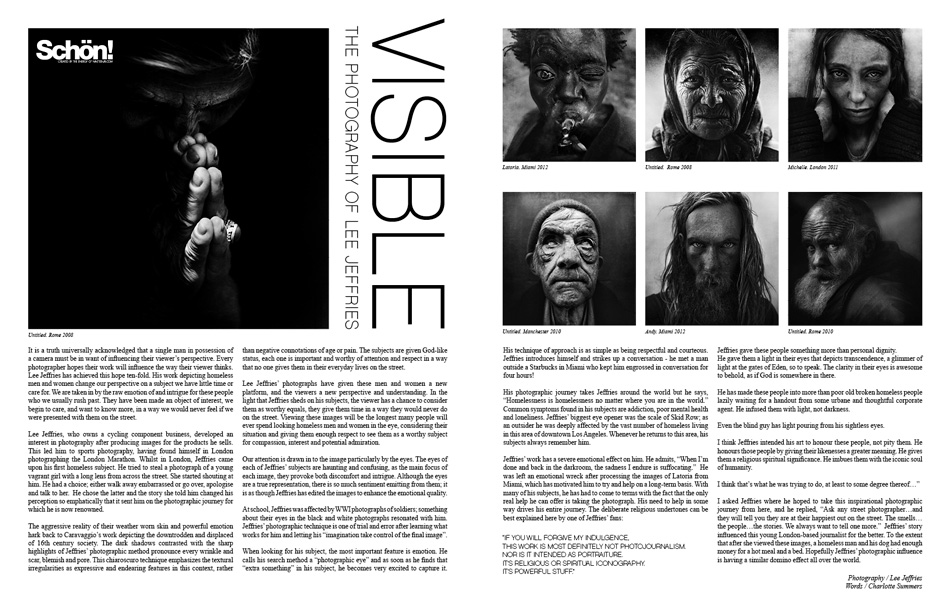 Lee Jeffries captivates viewers by showcasing the raw emotion of a neglected subject matter. Jeffries makes homeless men and women the subject of interest by photographing portraits in a God-like manner highlighting the subjects’ individual worthiness. His photographic journey began when he was photographing the London Marathon and started to notice homeless men and women in the streets. He tried to steal a photo of a homeless girl with a long lens from across the street but was yelled at. Instead of cowering away Jeffries went over to apologise and became captivated with her story. Jeffries uses a chiaroscuro technique to emphasize expressive features such as weathered skin and connotations of age to create an emotional connection with the viewer. The raw subject matter and expressive photography Jeffries ultimately hopes will resonate as spiritually with viewers as it does with him.