Transgender models are gorgeous, androgynous and versatile. They can perform gender in various ways from very feminine and sexy to more gender-neutral and masculine, and in the past decade, the fashion world has increasingly chosen trans men, women, and androgynous individuals to model on runways and in photoshoots. For those who also look for more inclusiveness of LGBTQ individuals in the media, the appearance of trans models in the visual field is good news because it opens up new conversations about inclusiveness, norms of beauty, and gender standards. But is this just another frivolous trend? And does it help, or hinder the way some audiences expect trans men and women to “pass” as feminine or masculine looking?

When transgender model Jenna Talackova was featured in last month’s issue of Elle Canada, her photo-shoot looks – consisting of dresses, blouses, skirts, jewellery, and high heels – raised a question about how trans models are portrayed in the fashion world. Elle is a magazine that markets to women in a mainstream (versus high-art) vernacular, so it catered a very feminine look for Jenna. But did the photo-shoot require Jenna to live up to a more rigid standard of feminine-looking because she was a trans model? Of course Jenna looked amazing, but why not portray her in gender neutral or versatile looks? In this sense, the attempt to be inclusive of trans models seems almost backwards. In mainstream magazines, the prompt with female identified models is that they must “pass” by performing femininity more successfully or equal to other female models. 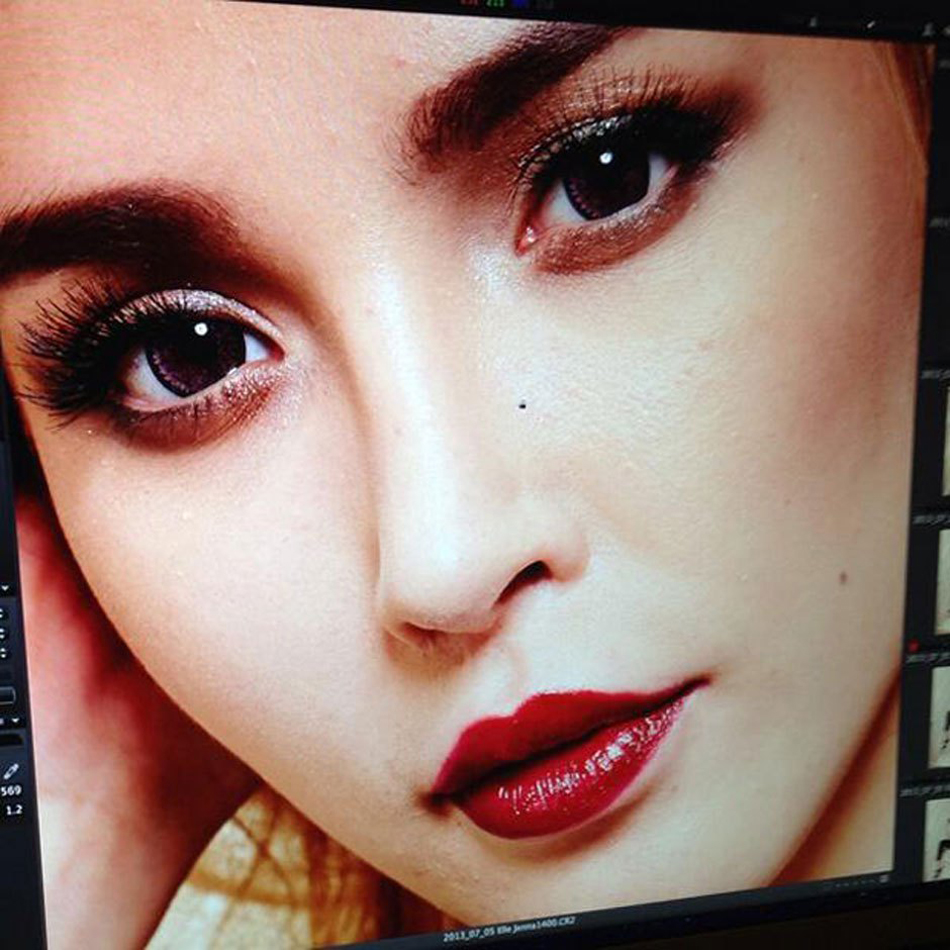 In September, Jia Tolelino interviewed BMG Agency-repped trans model Arisce Wanzer. In the interview, Wanzer talked about how she started off modelling more androgynous looks, until she got breast implants, which allowed her to get more jobs performing feminine looks. Tolelino asked Arisce Wanzer, “How did you present as a model back then?” Arisce Wanzer replied, “I couldn’t possibly come off as masculine on camera, so I just tried to be very androgynous. Even now I like a sort of androgynous, mixed look—I’ll wear a boy’s T-shirt with short-shorts and pumps.” When asked what made her transition officially into modelling as a girl, Wanzer said, “Things really took off when I got my boobs.”

Trans model Carmen Carrera, who was described as “pushing boundaries” in the fashion world by Cavan Siecskowski of The Huffington Post, recently was promoted in a petition at Change.org that asked Victoria’s Secret to make Carrera the first transgender model for the brand. But Carrera would obviously be expected to look gorgeously feminine; given that Victoria’s secret is a mainstream brand that sells sexiness and femininity to its costumers. So, instead of promoting more gender versatility, gender ambiguity, or some fresh gender non-conformity, Carrera would be judged as how well she can “pass” performing the standards of feminine beauty. So, although Carrera is pushing boundaries in the fashion world, she is expected to perform rigid femininity.

In this context, trans models are still required to perform gender in hetero-normative ways (either masculinity or femininity). Generally, while models get to wear clothes raging from masculine, to gender-neutral, to feminine in different degrees, MTF trans models are held to a more strict and rigid standard of femininity. And it gets more paradoxical because, while a lot of fashion has adopted androgynous trends the past decade, trans models are still featured with more rigidly gendered clothes so they still get pulled aside from the normalcy of that gender by the very act of having to dress in extremely gendered ways.

When American Apparel put out a search for transgender models in August it was titled “Transexy! Model Open Call” as opposed to, plain “Trans Model Open Call” In the “sexy” part of this call, the expectation for sexiness is already implying a performance of rigid femininity. And when the company featured its first transgender model Isis King along others wearing PRIDE 2012 T-shirts, King was the only person photographed without pants on, and in sexy poses while the other people had clothes on, and where sitting down in more casual poses. Androgynous model Andrej Pejic, who has modelled very versatile looks on high-art magazines and fashion shows, also end up performing more rigid femininity on mainstream magazine covers.

There are magazines that don’t make their MTF trans models perform femininity as rigidly as others, but the majority of mainstream covers and photo-shoots tend to exploit a more stereotypically feminine side of female identified models. Such being the case, a great opportunity to present different gender diversity is lost to the task of having to adapt to rigid gender standards of masculinity, femininity, and beauty. What do you think?