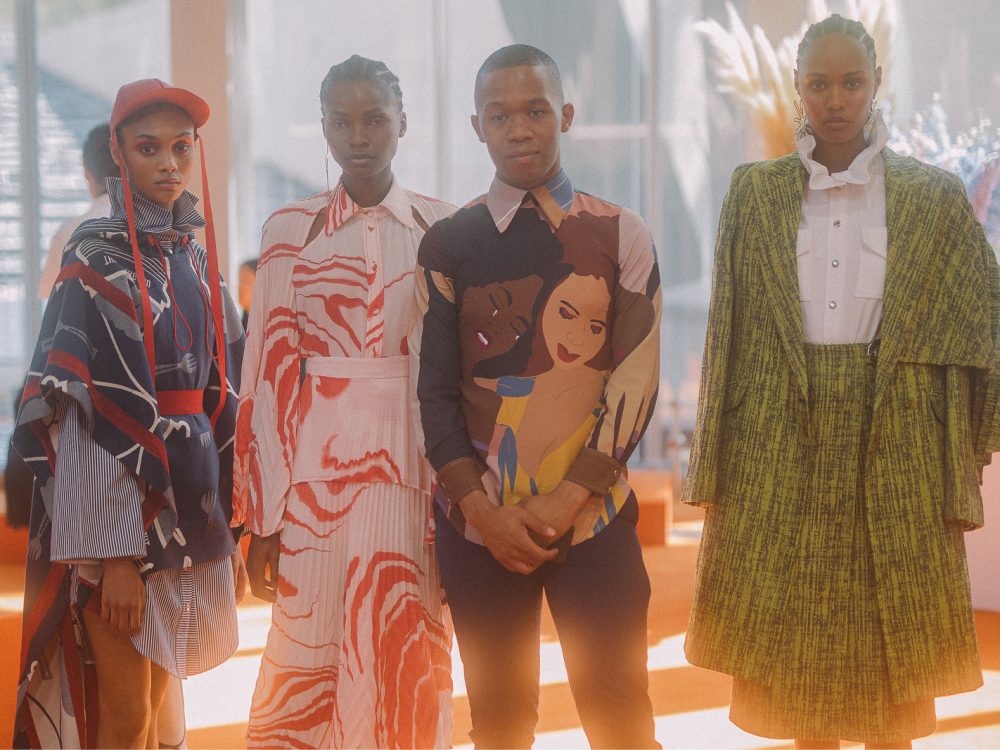 Yesterday, September 4, the prestigious LVMH Prize for Young Fashion Designers was awarded to Johannesburg-based designer Thebe Magugu. Hailing from the small town of Kimberley, South Africa, Magugu becomes the first African designer to win the award, which includes a €300,000 grant and a year-long mentorship with a dedicated LVMH team. Magugu was selected from a shortlist of eight brands, including Anrealage, Bethany Williams, Bode, Hed Mayner, Kenneth Ize, Phipps, Stefan Cooke, and the winner himself.

“I am delighted that, for the first time, an African candidate has won the Prize,” says Delphine Arnault, Executive Vice-President of Louis Vuitton. “All the more so since Thebe Magugu, aged 26, is the youngest designer of the 2019 selection. His creative work appropriates the codes of menswear and womenswear, of the traditional and the experimental, playing with volumes and traditional South-African know-how.” 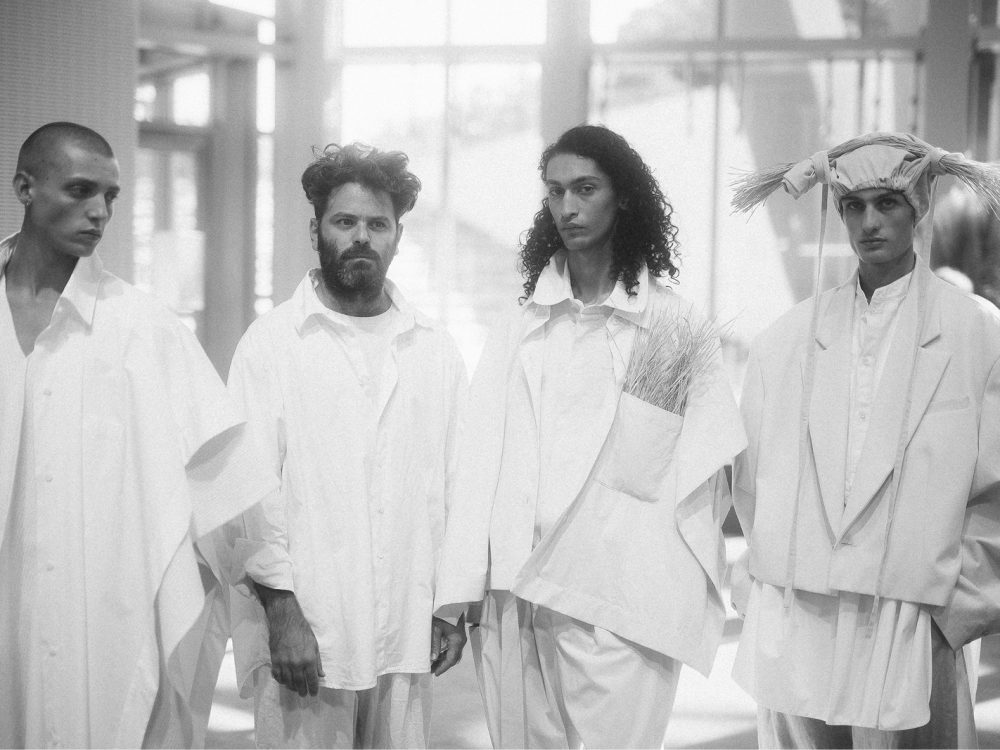 Another award handed out that night was the newly-named Karl Lagerfeld Prize, which was given to Hed Mayner. Mayner will receive a €150,000 along with a year-long scholarship. Arnault’s shares a similar love for his work, saying that “the jury was also seduced by Hed Mayner’s contemporary vision. His collections question the notion of gender through an aesthetic that blends soft lines and structure, simplicity and luxury.”

Among the many faces present at the ceremony was Maud Barrionuevo, Director of Buying for 24S. Schön! spoke to Barrionuevo about the LVMH Prize and what it means for a company like 24S to get involved.

Why did 24S choose to get involved in the LVMH Prize competition?

We are delighted to support the LVMH Prize this year. Each year this renowned competition offers young designers the opportunity to express their creative vision by showcasing their work to the world. The 2019 edition’s 8 finalists all have different backgrounds and unique creative identities, which makes for an incredible mix. We have been working closely with them, and we are proud to give visibility of their work to a global audience in more than 100 countries. 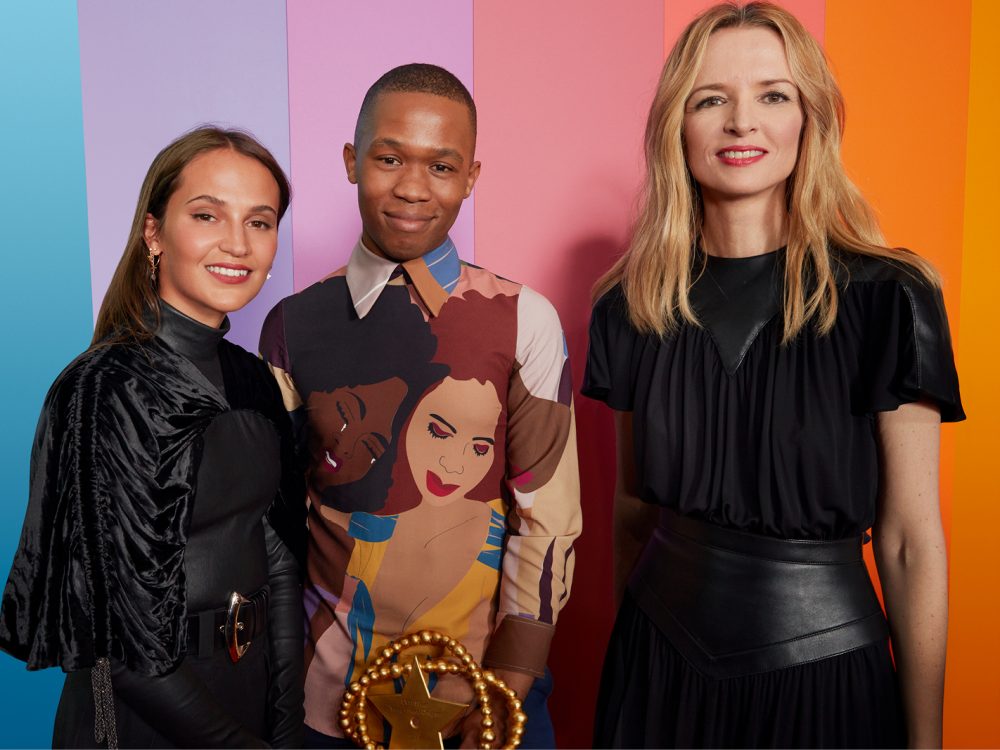 In your opinion, what are some of the traits of an ideal LVMH Prize finalist?

There is no “ideal” finalist, but what all LVMH Prize finalists have in common is their passion and commitment to what they do.

Why is it important for 24S to work with emerging talent?

Emerging designers are the future of fashion, and we feel it is our responsibility to support the talents of tomorrow. Several candidates from past LVMH Prize editions have turned into the design forces of our industry (think Simon Porte Jacquemus, Virgil Abloh, Magdalena Butrym and more!), and we are proud to provide a window to these new designers’ talent for our global audience. 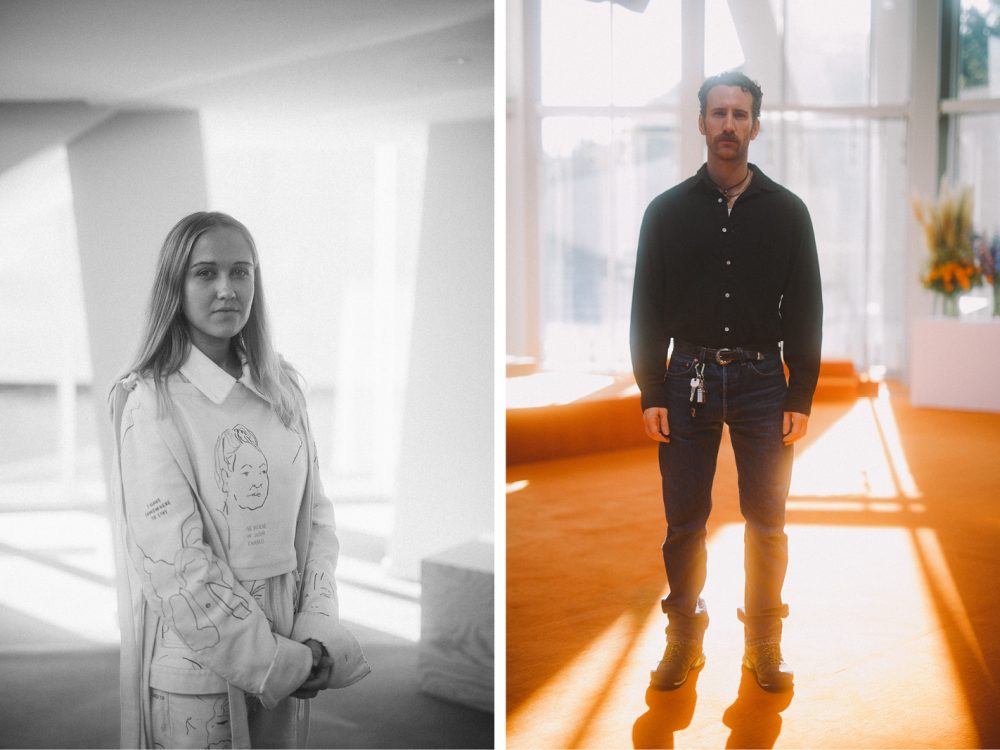 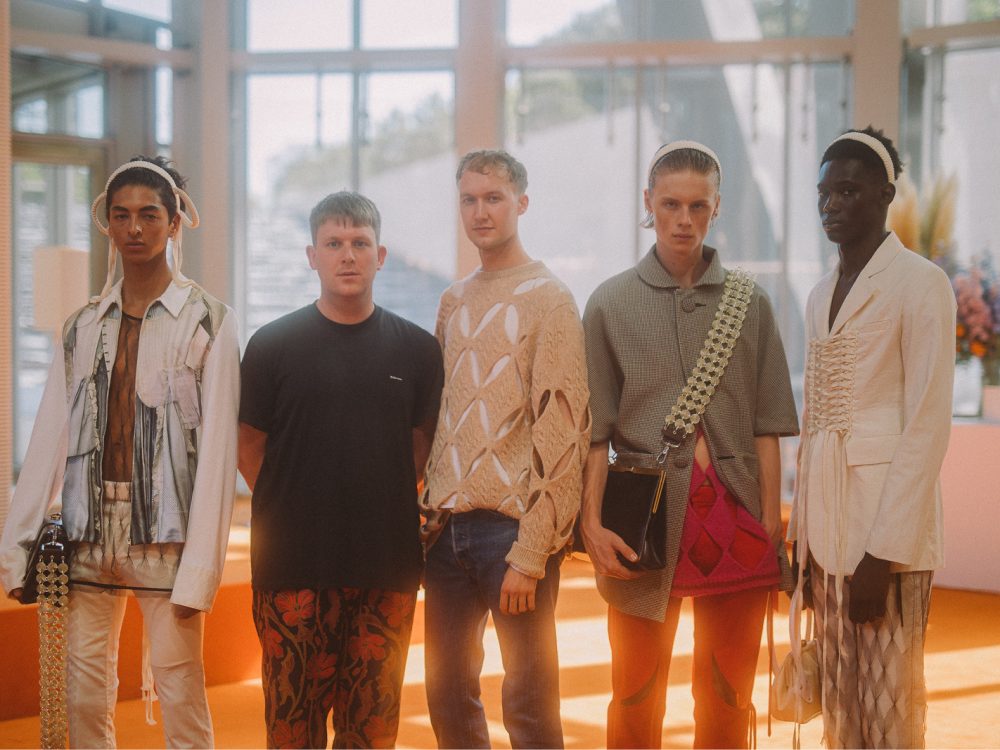 When organising this edit for 24S, what were you looking from each designer?

The idea was to represent the creative diversity and unique point of view of each designer, with a selection that embodies their creative vision.

Are there any trends or themes that tie all of the selections together?

Each designer has a very distinct creative identity, but what they all have in common is an environmental or social commitment which is very powerful, and feels very “now”. This is a new wave of “committed fashion”, and whether it’s upcycling, working with sustainable fabrics and processes, or preserving traditional techniques, each designer demonstrates profound care in what they do.

Were there any pieces from the collections that stood out to you in particular?

I personally love the Thebe Magugu powder blue suit; I find it very chic styled together, but the two pieces can also be worn separately.

What do you hope for the winner of the LVMH Prize?

A long and successful career, of course!

Are there any other upcoming efforts from 24S relating to emerging talent? 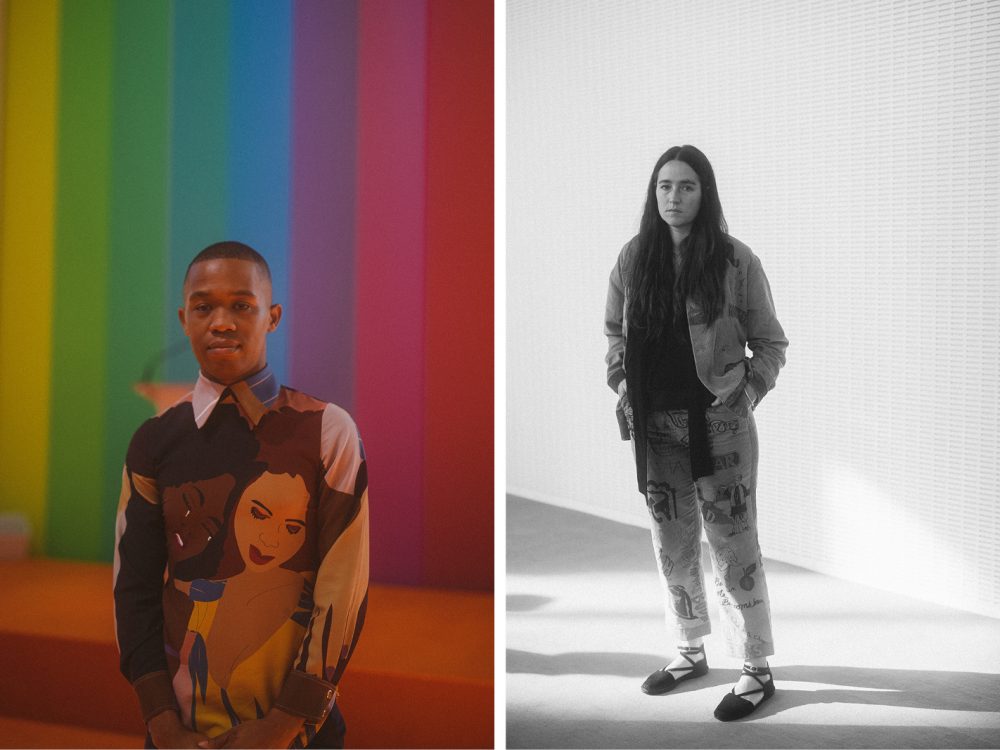 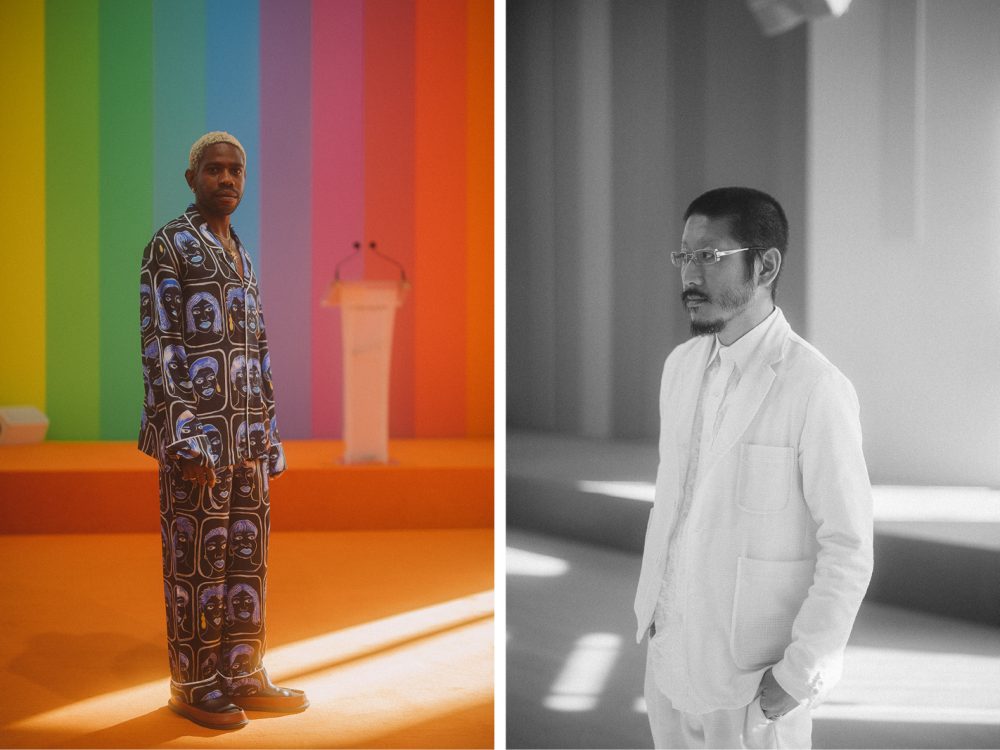